On September 21, 2015, the first F-35 training class containing pilots from Norway and Italy began their training at Luke AFB. 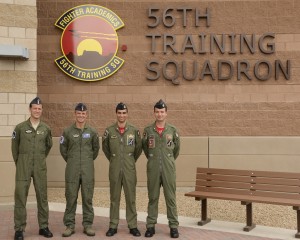 While the 56th Training Squadron (56 TRS) will be tasked with the training and development of the pilots, the pilots will be part of the 62d Fighter Squadron (62 FS) on their path to becoming F-35 instructor pilots.

Lt. Col. Michael W. Dunn, commander of the 56th Training Squadron, stated: “We are proud and excited to begin this next phase of F-35 training at Luke Air Force Base with Italy and Norway joining Australia as our partner nations, training at Luke alongside Americans to become the world’s greatest F-35 pilots.”

According to Lt. Col. Martin Tesli, instructor at the 62nd Fighter squadron, “We will train instructors that will be stationed here at Luke on a 3 year basis, and then we will send pilots through a transition program.”

Maintainers will also be included in the overall F-35 training for some countries. “Norway will also send maintenance personnel through Luke for some training on the F-35 starting next year,” Tesli added. 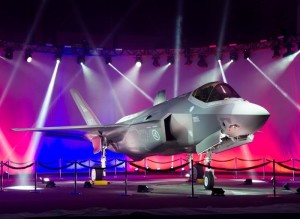 On Sept. 22, 2015, a ceremony was held to celebrate the rollout of the first F-35A Lightning II for the Norwegian Armed Forces, known as AM-1. Photo credit: Lockheed Martin Photo

With a purchase of 22 F-35A’s approved by the Norwegian Parliament, and funding being considered annually to expand their F-35 fleet to 52, Norway has been a strong supporter of the F-35 program. “What happens here at Luke is the most important event in the Royal Norwegian Air Force right now. You are building the future of our Air Force!” said Major General Per-Egil Rygg, Chief of Staff of the Royal Norwegian Air Force.

On September 22, 2015, at the Lockheed-Martin facility in Fort Worth, Texas, a ceremony took place to celebrate the rollout of the first F-35A Lightning II for the Norwegian Armed Forces. During the ceremony, Her Excellency Ine Eriksen Søreide, Norwegian Minister of Defence stated, “The F-35 provides us a capability we’ve never had before. It’s by far the most advanced fighter ever made. Today we are indeed turning the future into the present. The F-35 represents a new way of thinking, a new way of operating, which will benefit the entire Norwegian Armed Forces.”

Variants of the F35A developed for Norway are built with additional requirements that ensure that they are capable of deploying a drag shoot and equipped to handle a special cruise missile called the Joint Strike Missile, which was developed by the Norwegian firm, Kongsberg Defence & Aerospace.

Italy made news in early September with the first flight of an F-35 taking place outside the U.S.. The F-35, which was manufactured in a joint effort by Italy’s Alenia Aermacchi and Lockheed Martin, departed and landed at Cameri Air Base in Italy. Designated as AL-1, the F-35 was the first of Italy’s planned 90 F-35’s. The Cameri Final Assembly and Check Out (FACO) line, where the manufacturing of this F-35 took place, will eventually serve as a hub for any extensive maintenance issues for European-based F-35’s.

An F-35 manufactured in a joint venture between Italy’s Alenia Aermacchi and Lockheed Martin had the honor of being the first F-35 flown outside the U.S.. Italy’s first F-35A Lightning II, designated AL-1, departed Cameri Air Base on September 7, 2015 for a one hour and 22 minute flight.

The 61 FS (Australia) and the 62 FS (Norway and Italy) are the initial F-35 training squadrons at Luke AFB. Other partner-nations that will be joining the U.S., Australia, Norway, and Italy in the F-35A training program at Luke will be the Netherlands, Denmark, Canada and Turkey, in addition to Foreign Military Sales countries Japan, South Korea and Israel. The 63 FS, the next F-35 squadron at Luke AFB, will be operational by the end of 2016 and train pilots from Turkey.

According to a Luke AFB media release: “Luke should expect the fourth squadron, which includes the Netherlands and Denmark, early 2019. The fifth squadron will be home to Canada and also open in 2019. The sixth, and final, squadron will open in 2022.”

For the United Kingdom, a key coalition partner to the U.S., The Royal Air Force and Royal Navy plan to operate the F-35B short takeoff/vertical landing (STOVL) variant of the F-35 and are currently training at Marine Corps Air Station Beaufort, South Carolina. The USMC currently flies the F-35B and has the distinction of having the first squadron to have F-35’s that reached Initial Operational Capability (IOC).

For the F-35C carrier variant, the U.S. Navy and USMC are presently the only customers, although this could change as countries continuously evaluate their need for carrier-based aircraft.

Since delivery of its first F-35 in March 2014, Luke AFB has reached a number of key milestones in the F-35 JSF program including: flying over 1000 sorties, receiving delivery of two Australian F-35’s and the 56 FW at Luke AFB adopting a new mission by formally taking on the responsibility of training pilots in the F-35A.

Norwegian Minister of Defence, Her Excellency Ine Eriksen Søreide, with the Norwegian Armed Force’s first F-35A Lightning II, known as AM-1, at the Lockheed Martin F-35 production facility in Fort Worth, Texas. The rollout marks an important production milestone for the F-35 program and the future of Norway’s national defense. Lockheed Martin photo 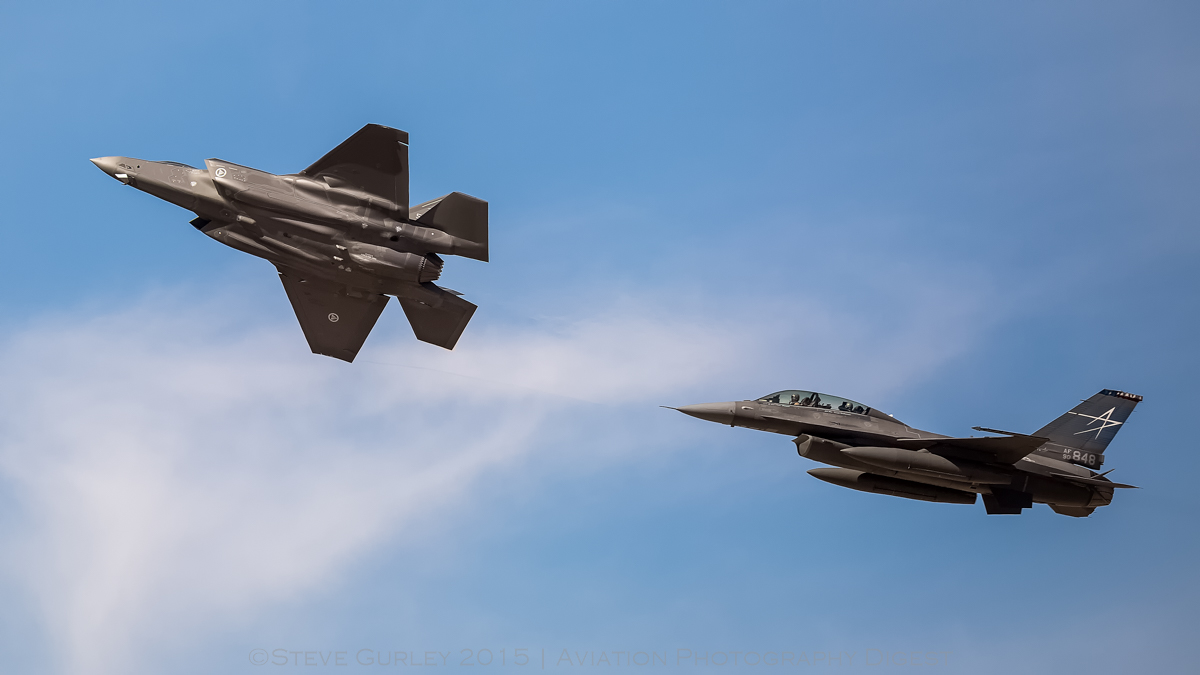