The Austrian Air Force, part of the Austrian Armed Forces, was established in September of 1955. This coincides with the signing of the Austrian Independence Treaty a couple of months earlier, which re-established Austria as a sovereign and democratic state. Involved in the treaty were, together with Austria, the USA, the former Soviet Union, Great Britain and France. This treaty allowed Austria to establish armed forces, albeit some restrictions. The most noticeable restriction was the so called ‘Raketenverbot’, Austria was denied the possession of air-to-ground & air-to-air missiles until the early nineties.

After establishing the ‘Lubtabteilung’ or air division on 13 September 1955, the air force took delivery of donated aircraft from the former Soviet Union as part of a gift. This was in November of 1955. The Yak 11 Moose and Yak 18 Max aircraft were shipped by rail and delivered in crates. Assembly of the aircraft was carried out by the Austrians together with two Russian officers. The maiden flight of an aircraft with an Austrian roundel took place one month later, on the morning of December 9, 1955.

The Yak aircraft were initially used to train already war-experienced pilots to become instructors. The Yak 18 was later deployed to the airfield of Linz to carry out formation flying training. In March of 1957, Piper PA-18 aircraft were acquired in order to start the training of young pilots. This happened at Zeltweg Air Base, which is still the main airfield for the Austrian Air Force.

Zeltweg Air Base, now known as Fliegerhorst Hinterstoisser, is a military air field in the state of Styria, located in the southeast of Austria. It has a rich history with its multitude of countries that occupied it during its existence. Planning and construction of the airfield in the middle of this region started in 1935. Upon completion the first squadron was based here in 1937, the airfield was handed over to the German Luftwaffe in 1938. The Germans used the airfield as an instructor base for twin-engined aircraft, the likes of the Junkers Ju 86/88 and Dornier Do17.
During the last months of WWII, the Luftwaffe Fighter Wing 300 (Jagdgeschwader 300 or JG 300) was stationed at Zeltweg. This was until the Ukraine Army occupied the region. Ukraine’s involvement was short lasted as the airfield was handed to the British and US government which stationed the RAF and the US 26th Infantry Division here.

The involvement of the RAF stopped in 1955 when RAF Zeltweg closed and control was transferred over to Austria. Aforementioned Austrian Independence Treaty saw the allocation of the first infantry unit and in 1956 the first troops of the Austrian Air Force were stationed as well.

The Air Base is named after Austrian officer and popular airman Franz Hinterstoisser since 1967, honoring his balloon flight from Salzburg, over the Alps, to a location near Zeltweg.

Zeltweg has been a station for a multitude of aircraft during its use by the Austrians. Until 2005, the Saab Draken was the most prominent aircraft stationed at the airfield. Albeit fierce competition, Austria’s Ministry of Defense eventually chose the Eurofighter Typhoon as its successor. The first fighters were delivered in 2007, which meant that the Austrian Air Force had to lease aircraft to bridge the period in between decommissioning of the Drakens and arrival of the Typhoons. This was done in the form of Swiss F-5F Tiger aircraft. The 15 ordered Eurofighters were delivered from 2007 to 2009.

In July 2017 it was announced that the Austrian Ministry of Defense would phase out the Typhoons, starting in 2020. The Typhoons would have to be replaced by more effective and cost-efficient aircraft, as mentioned by the Ministry. The replacement plans have been shelved for now, rumor had it that there were a couple of countries interested in acquiring Austria’s Eurofighters. It was in July of 2020 that Indonesia officially stated their interest in 15 of the aircraft, something which could speed up the replacement process. Soon, a new type of aircraft stationed at Zeltweg Hinterstoisser Air Base will roam the skies of Austria. 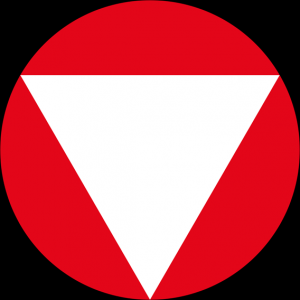 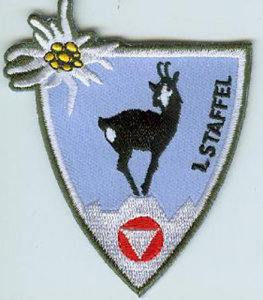 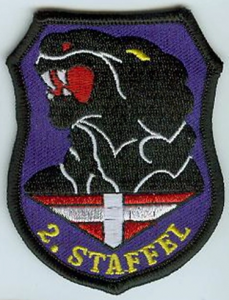