Twice per year the USMC Weapons and Tactics Instructor Course (WTI) is conducted by Marine Aviation Weapons and Tactics Squadron One (MAWTS-1) at Marine Corps Air Station (MCAS) Yuma. This seven week course is often compared to the U.S. Navy’s TOPGUN School or, the USAF’s Weapons School. Because the mission of the USMC is different, their approach to advanced aviator training is different than the U.S. Navy and the USAF.

The purpose of WTI is twofold: to train the top pilots of the USMC so they can return to their units as experts (train the trainer,) while also developing and employing aviation weapons and tactics throughout the course. 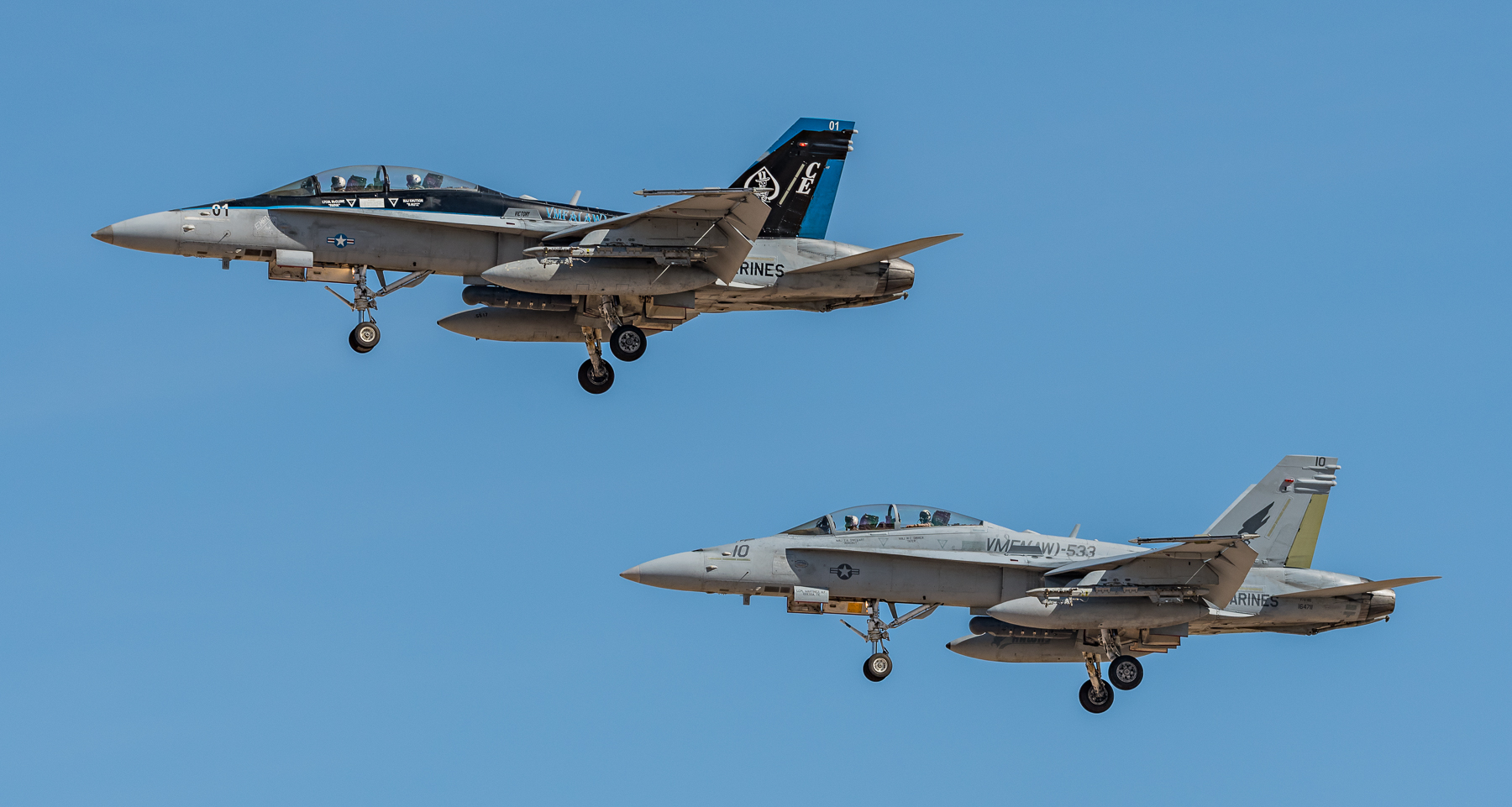 The course consists of classroom training combined with exercises in the form of “events” that encompass the six functions of USMC aviation (Assault Support, Anti-Air Warfare, Offensive Air Support, Air Reconnaissance, Electronic Warfare (EW) and Control of Aircraft and Missiles). Officers within all elements of Marine aviation take part in WTI in addition to the valuable experience gained by the support crews throughout the course.

The course begins with the academic phase with approximately three weeks in the classroom, then evolves to the flying phase where missions are planned and executed within designated “events,” ending with the culmination of both phases during the last week of WTI in the form of FINEX. FINEX-1, FINEX-2 and FINEX-3, which take place every other day during the final week with a day for briefing/debriefing in between.

WTI 2-17 began late March and wrapped up in early May. Over the years, WTI has evolved to handle the threats, technology, weapons and aircraft of today while providing a level of readiness necessary for the modern Marine Air-Ground Task Force (MAGTF). Maj Matthew Daigneault, MAWTS-1 Operations Officer, explained, “The MAWTS-1 staff continuously evolves the WTI academic curriculum and flight events to ensure the training audience is exposed to and participates in the necessary events IOT create the right graduate. The MAWTS-1 staff also obtains feedback from the end user of our product- the Squadron, MAG and Wing Commanders to ensure the graduate is the right product.” 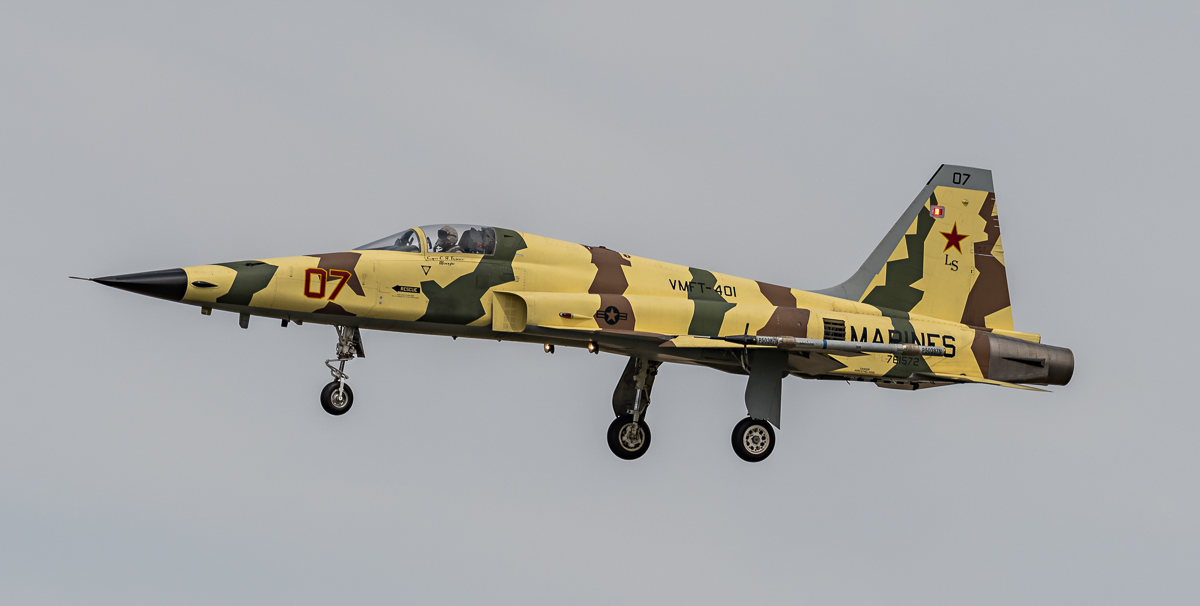 The current and future MAGTF will utilize the concept of Distributed Aviation Operations (DAO) which, according to the 2017 Marine Aviation Plan, the concept consists of: “The aviation combat element (ACE) of the Marine Air Ground Task Force (MAGTF) has the ability to conduct distributed aviation operations (DAO) in support of land and/or naval campaigns. DAO is a task organized MAGTF operation, employing ACE aircraft in a distributed force posture, independent of specialized fixed infrastructure. Doctrinally, the ACE conducts these types of operations from four types of forward operating bases (FOBs): main air base, air facility, air site, and air point.5 FOBs are classified in relation to their size, location, and characteristics in the form of airfield services, logistical supportability, and maintenance capability.

One aircraft that figures prominently in this approach is the Lockheed Martin F-35B Lightning II. While the USMC will be operating the carrier-variant F-35C, the F-35Bs short takeoff/vertical landing (STOVL) has the flexibility to operate off of smaller L-Class ships which provide more flexibility strategically. As seen during the Lightning Carrier F-35B Proof of Concept Demonstration which took place aboard the USS America (LHA-6) in late-2016, 16-20 F-35Bs can be employed on one ship. The Marine Aviation Plan adds that, “By 2025, the Marine Corps will operate 185 F-35Bs—enough to equip all seven L-Class ships.”

According to Maj Daigneault, the F-35B was fully integrated into WTI 2-17. This included the use of live ordnance (The GBU-12 Paveway II and GBU-32 Joint Direct Attack Munition (JDAM)).

Examples of new events for WTI 2-17 that featured the F-35B included the F-35 Distributed STOVL Operation (DSO) event with MV-22 and the F-35 and HIMARS interaction, Maj Daigneault told APD.

As stated by the USMC, one DSO event involved “the first independent Distributed STOVL Operation (DSO) by flying all ordnance, personnel, and fuel in on mission aircraft. Marines employed the manual drive assembly to load all up rounds using a short airfield for tactical support (SATS) loader.” As a part of the this DSO event, GBU-12s and GBU-32s we “hot loaded” into the F-35Bs internal bay.

When one thinks of USMC heavy lift images of the largest and heaviest helicopter in the United States military, the Sikorsky CH-53E Super Stallion, come to mind. With the nickname the “Hurricane Maker,” the Ch-53 is the USMC’s primary lift helicopter with the capability to transport Marines and supplies and be configured as a gunship as needed. 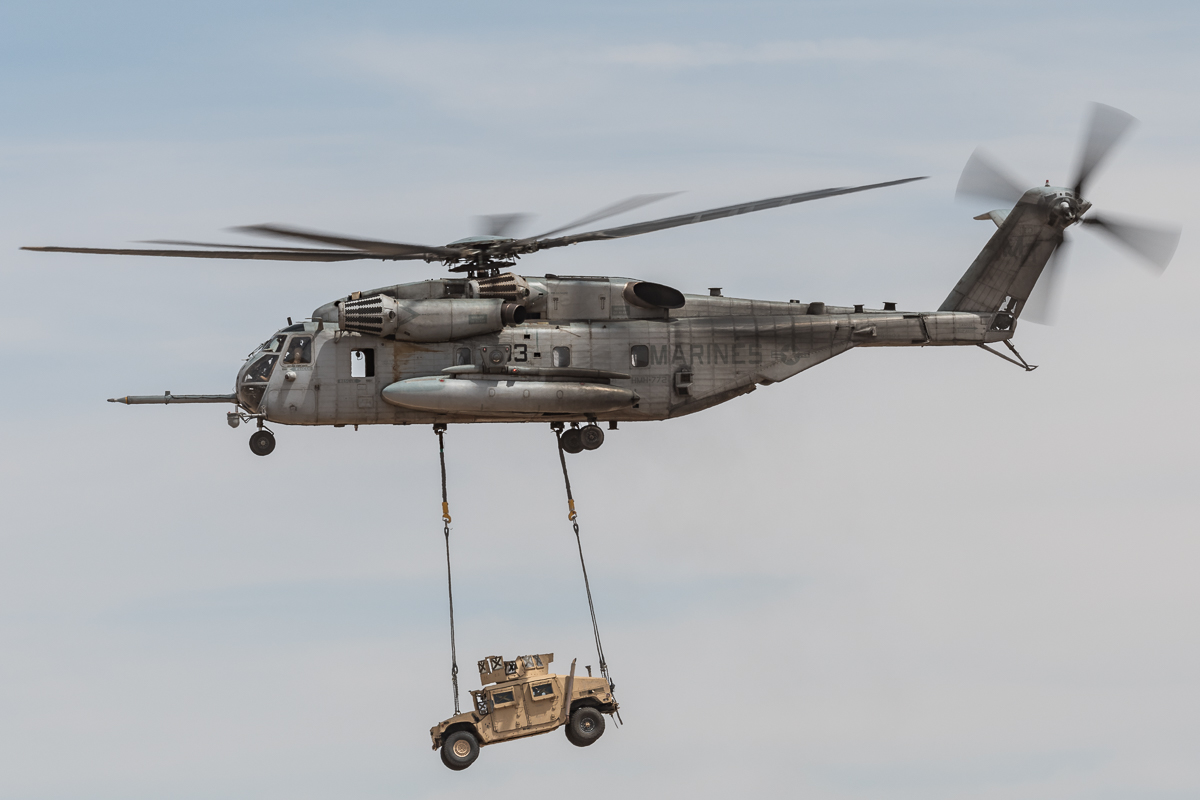 Whether used in combat or for humanitarian assistance the CH-53E has shown its value over the last decade. With only 146 in the current inventory there is tremendous anticipation for the next evolution of the CH-53, the CH-53K King Stallion.

As mentioned in the 2017 Marine Aviation Plan: “The CH-53K is a critical airborne connector which will enable ship to objective maneuver and seabasing. The CH-53K will be capable of carrying a 36,000lb load but has a Threshold Key Performance Parameter (KPP) to externally transport 27,000lbs 110 NM under high/hot conditions, loiter for 30 minutes and return. This provides nearly three times the capability of the CH-53E under similar environmental conditions. Major system improvements of this new build helicopter include: fly-by-wire flight controls; a composite airframe housing more capable and fuel efficient engines and a split torque main gearbox to enable increased gross weight; advanced fourth-generation composite main rotor blades; modern interoperable glass cockpit; internal cargo handling systems compatible with USAF 463L pallets; triple hook external cargo system; and fourth- generation aircraft survivability equipment. Additionally, the CH-53K will be supported by the fleet common operating environment (FCOE) which will facilitate condition based maintenance.” 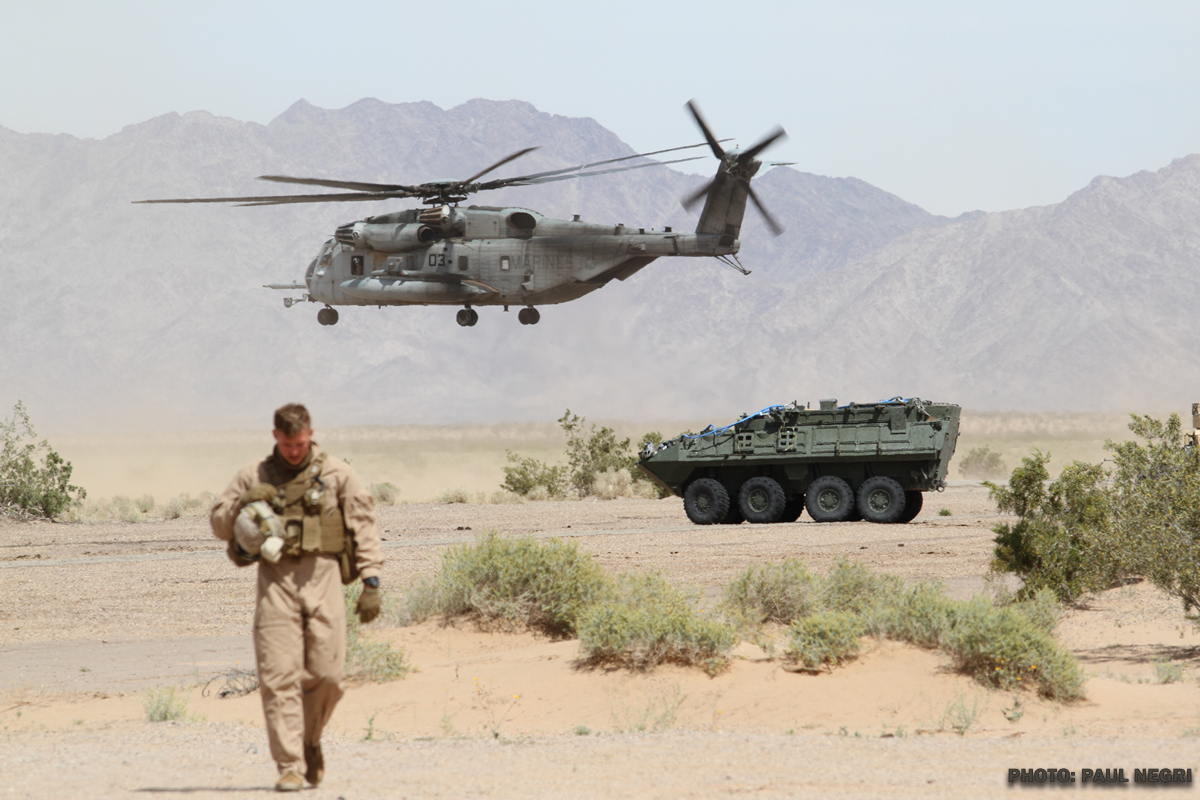 The USMC’s goal is to procure 200 aircraft with the transition to the CH-53K beginning in FY-19. Marine Heavy Helicopter Squadron 366 (HMH-366) “Hammerheads” are slated to be the first operational unit to fly the King Stallion.

With the CH-53 playing such an important role in the USMC it makes sense that many of WTI’s events incorporate the CH-53. Events including CH-53 tactics (external lifts, fast roping & more), battle drills, along with the Non-combatant Evacuation Operation (NEO) exercise and others. The NEO event takes place from multiple staging areas including Kiwanis Park, a public park in Yuma. This event provides a unique experience for the public to see the USMC and the CH-53 in action.

While we draw closer to the USMC sundown of the Northrup Grumman EA-6B Prowler, one can appreciate the Marines still utilizing the Prowler for WTI 2-17. The Prowlers utilized during WTI 2-17 were from Marine Tactical Electronic Warfare Squadron 4 (VMAQ-4) “Seahawks”. VMAQ-4 is schedule to deactivate June 2017 so this was one of the last opportunities to see them fly.

The future of Marine EW is not the Boeing EA-18G Growler which is utilized by the U.S. Navy, but a multi-airframe concept entitled: MAGTF EW. According to the Marine Aviation Plan, “MAGTF EW transitions the Marine Corps from a focus on the low-density/high-demand EA-6B, to a distributed, platform-agnostic strategy – where every platform contributes/functions as a sensor, shooter and sharer – to include EW.  Under MAGTF EW the Marine Corps is leveraging emerging technologies and integrating multiple aviation platforms (unmanned, fixed wing, tiltrotor, and rotary wing assets); payloads; ground-based EW nodes; and cyber capabilities to provide commanders with an organic and persistent EW capability – for every MAGTF – large and small.”

As the USMC upgrades its airframes with newer technology, MAGTF EW is expected to evolve towards full realization. MAGTF EW will be accomplished by the addition of the AN/ALQ-231 Intrepid Tiger II (IT II) pod on most aircraft. In addition, unmanned aircraft systems (UAS) such as the Boeing Insitu RQ-21 Blackjack are to play an important role in MAFTF EW in the future.

Battlefield technology is constantly evolving, the growing complexities of the battlefield domains of air, ground, cyber and space will present challenges for today’s warfighter. MAWTS-1 continuously evolves WTI academic curriculum so the USMC aviator can be prepared to meet these challenges.

The USMC is continuously looking for creative ways to incorporate newer aircraft such as the F-35 and MV-22 into an efficient but highly effective battle package. The training, development and experience comes from MAWTS-1 and its Marine Corps Weapons and Tactics Instructor Course. The program ensures a high level of readiness for years to come. 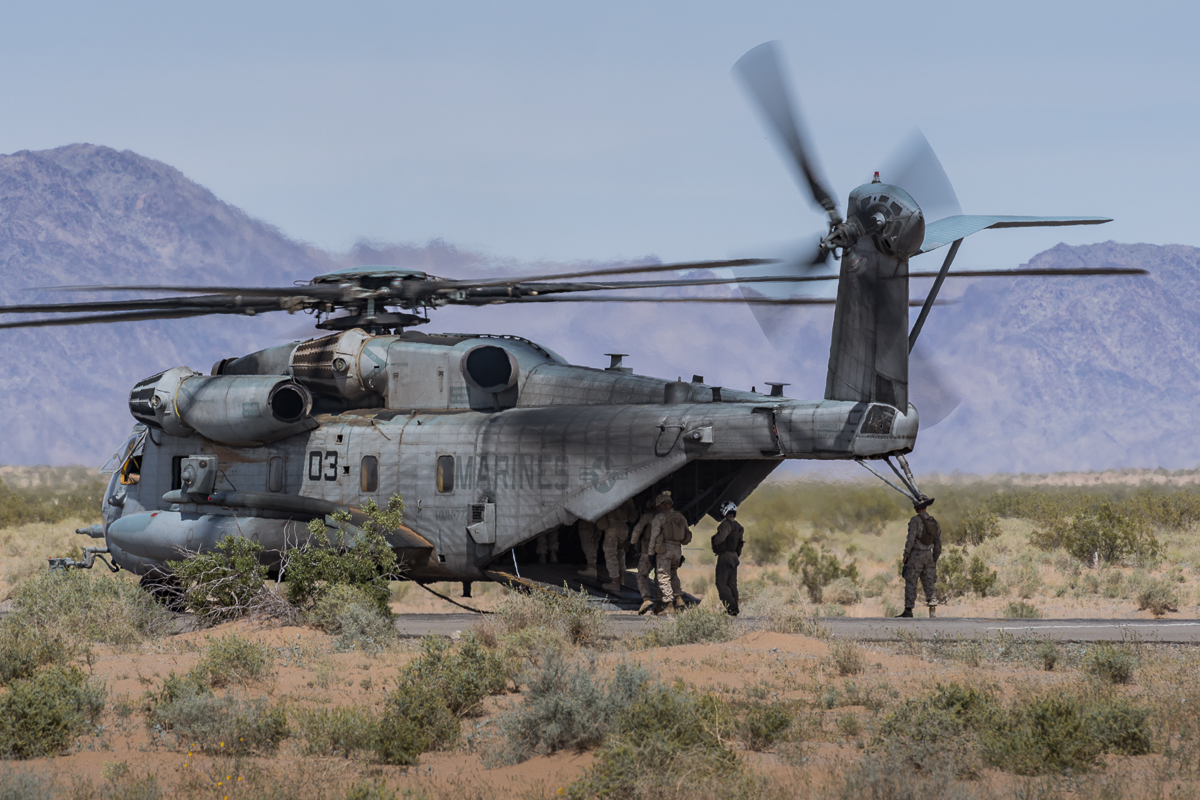 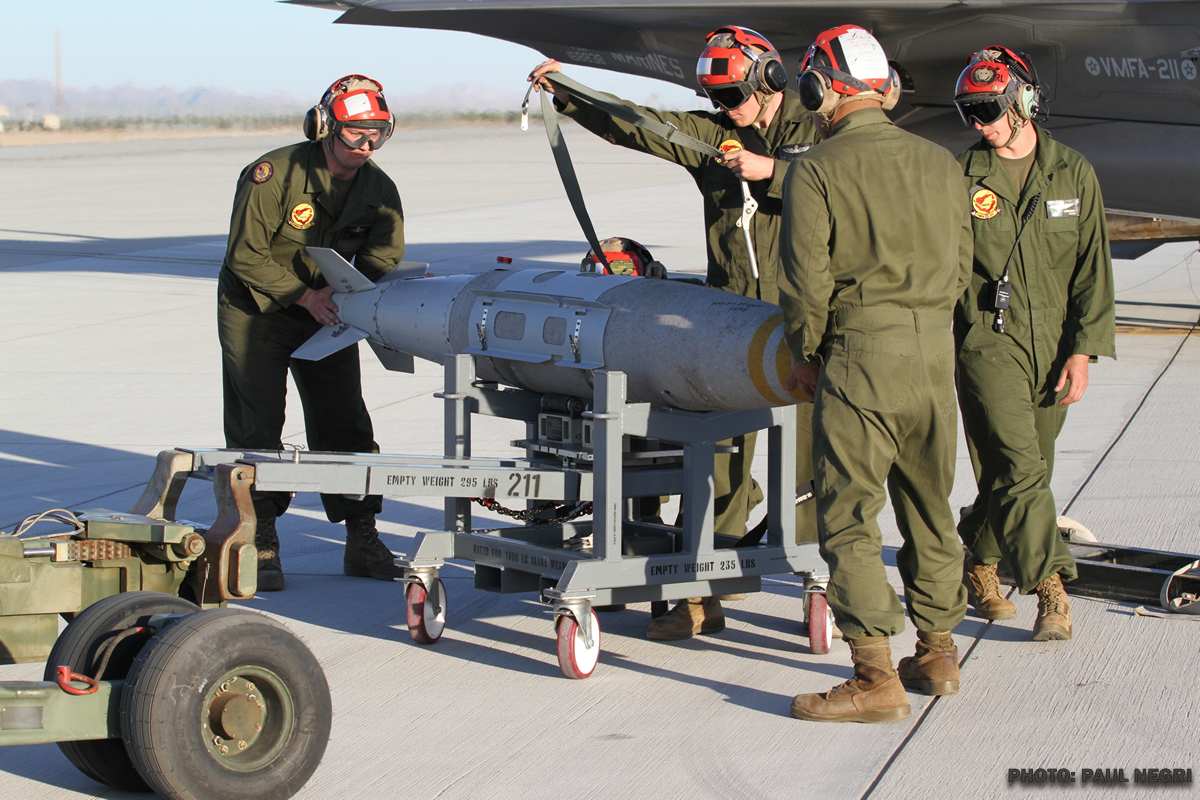 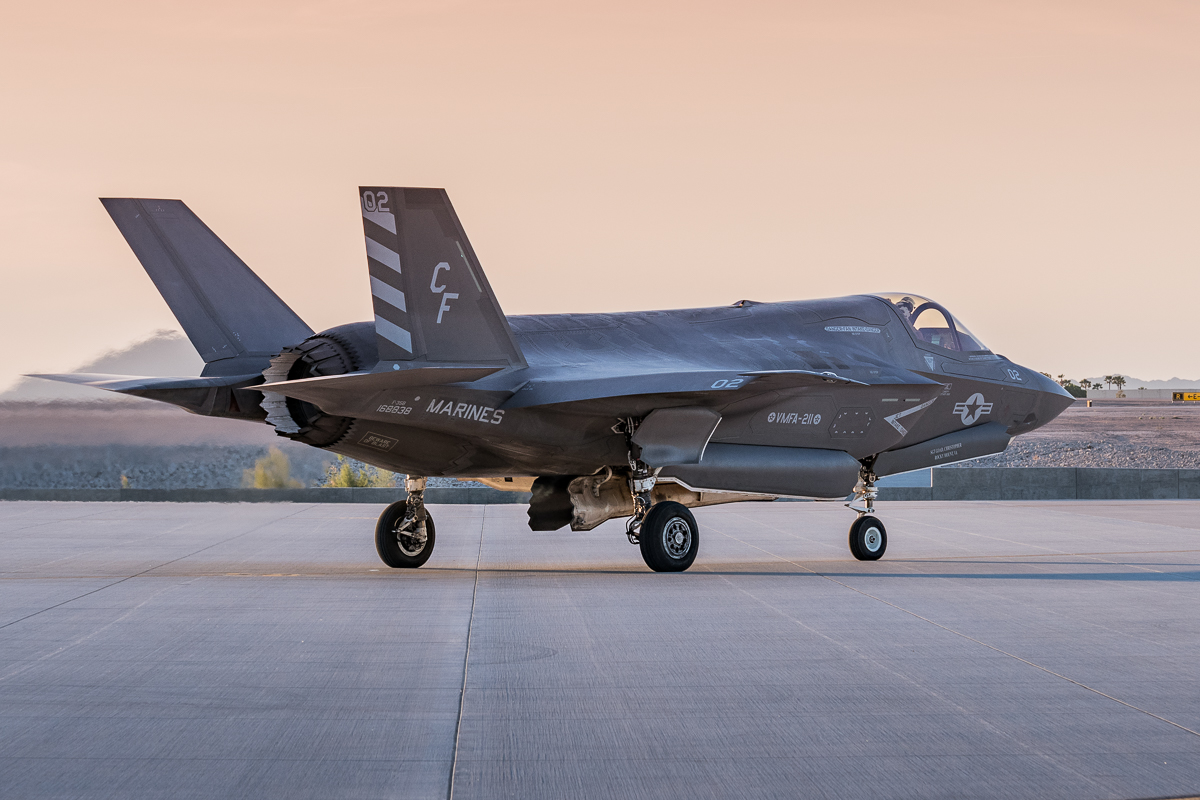 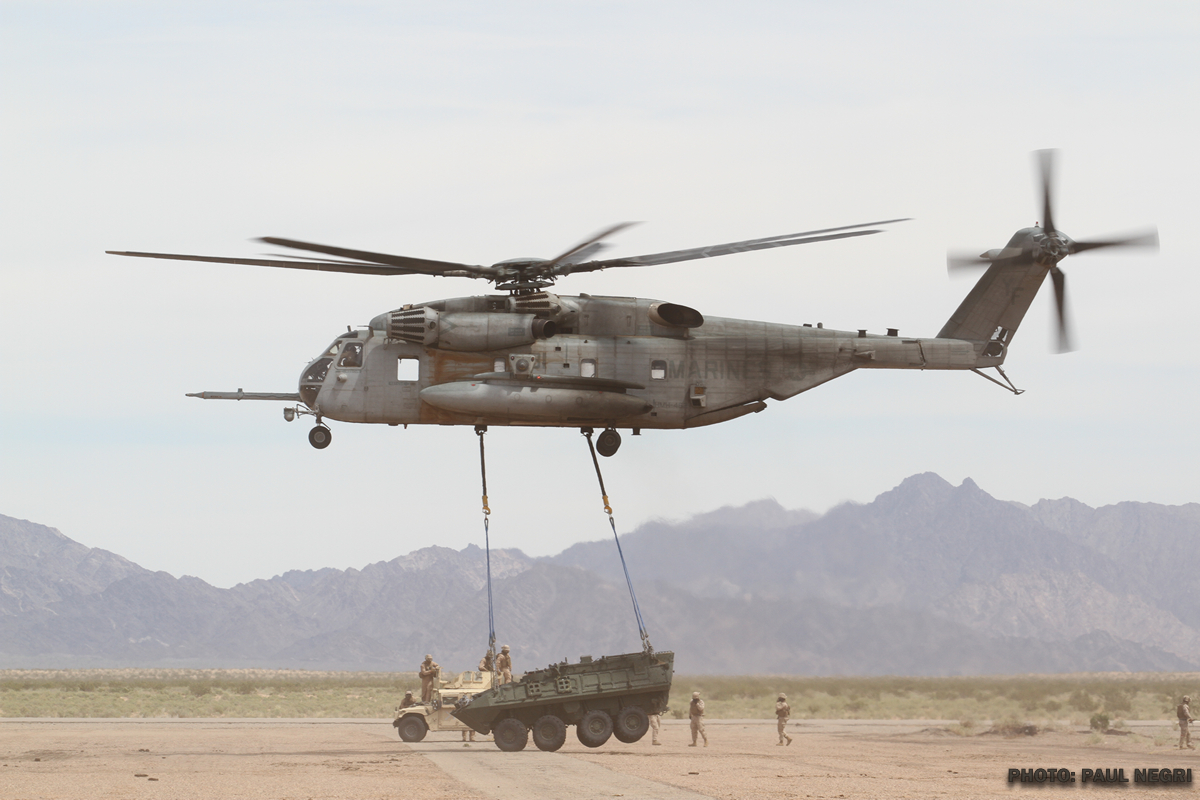 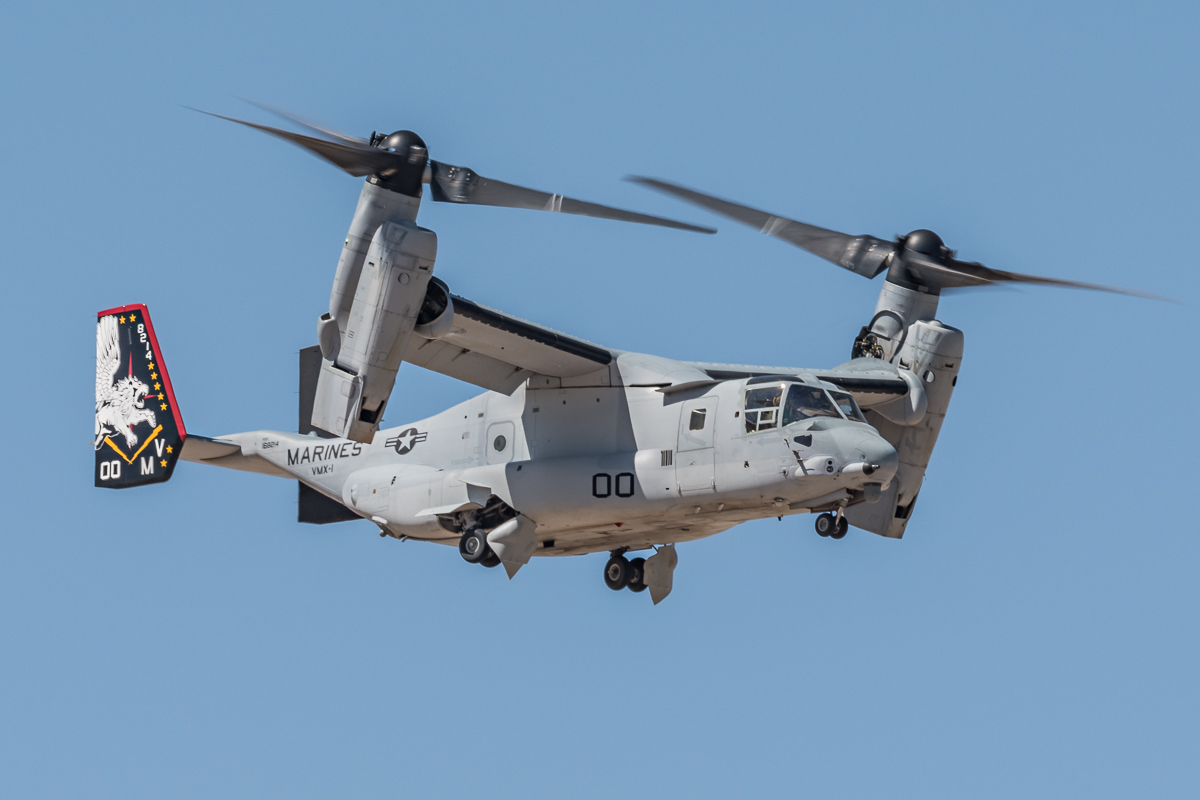 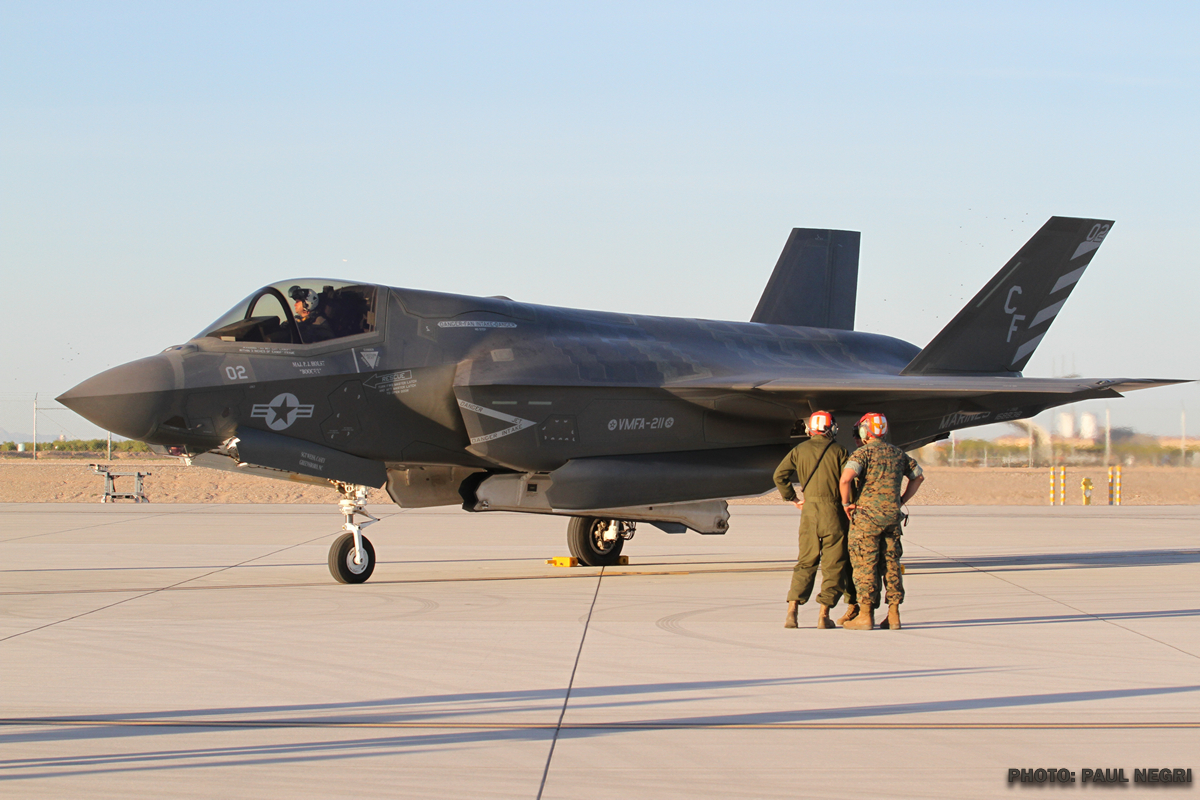 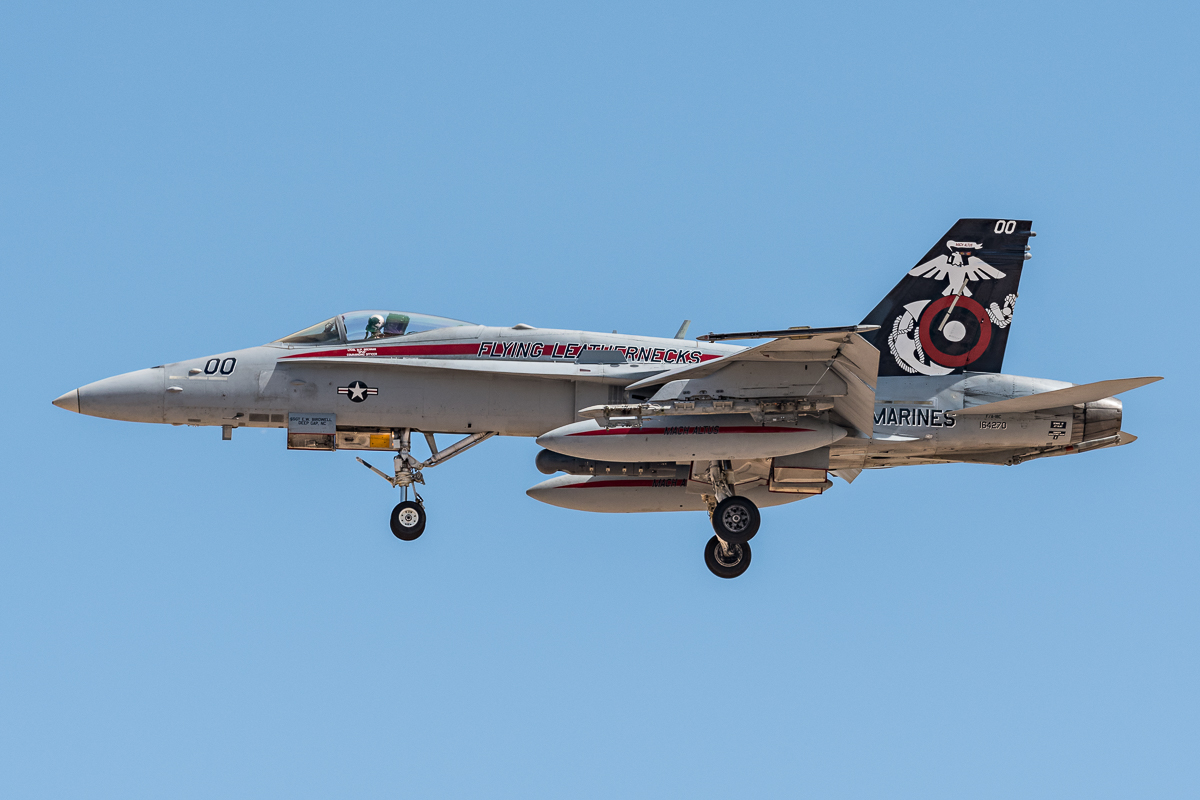 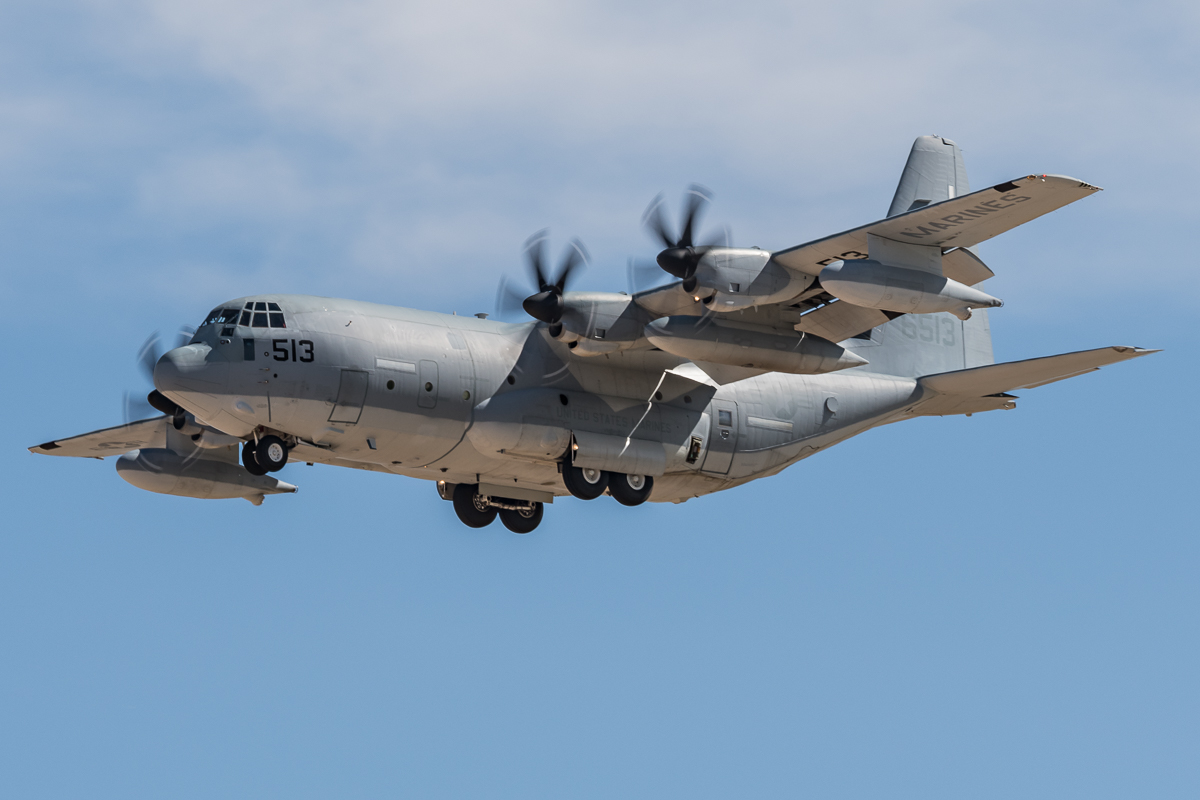