Farewell to the Old, and Hello to the New

Photos by Ryan Imeson and Stocky

Farewell to the old, and hello to the new, perhaps this is the sentence that best describes this year’s Wings Over Illawarra air show.

Not only was it the last hurrah for the Royal Australian Air Force’s F/A-18 Classic Hornet flying it’s final public demonstration, but it was the inaugural appearance of the F-35A Lightning II over the skies of Shellharbour.

Due to the global pandemic in 2020, Australia’s largest annual airshow was cancelled, a disappointment for organisers and attendees alike. The show was initially moved from May to November, where it was hoped the COVID-19 situation would ease, unfortunately this was not to be. Show organisers Bright Events pushed on and announced the show would be back bigger and better in mid November 2021.

Fast forward to August 2021, and the difficult decision was made to push the event back two weeks. Event director Mark Bright said “with the postponement from 13-14 November to 27-28 November, we hope the health risk of the Coronavirus pandemic will have been mitigated by high vaccination rates, putting the 2021 Wings Over Illawarra Airshow in the best position for success”.

Well the day had finally arrived, November 27th. While the early morning weather wasn’t willing to cooperate, the feeling of attending an airshow was fantastic for all. As a first time Wings attendee, I was blown away at the incredible scenery surrounding the airport. Like nothing I had seen at an airshow before, I knew this would make the perfect backdrop for the weekend.

The Australian Defence Force are always welcome participants at Wings, and prior to the show, Royal Australian Air Force (RAAF) Air Vice-Marshal Joe Iervasi, Air Commander Australia said Defence is thrilled to be supporting the Wings Over Illawarra airshow in 2021.

“We are bringing a range of ADF capabilities to display to the public and are particularly looking forward to showcasing exciting careers available within Defence”, Air Vice-Marshal Iervasi said.

The RAAF supported the show with a range of flying and static displays, including the F-35A Lightning II from 2OCU, F/A-18A Classic Hornet from 75 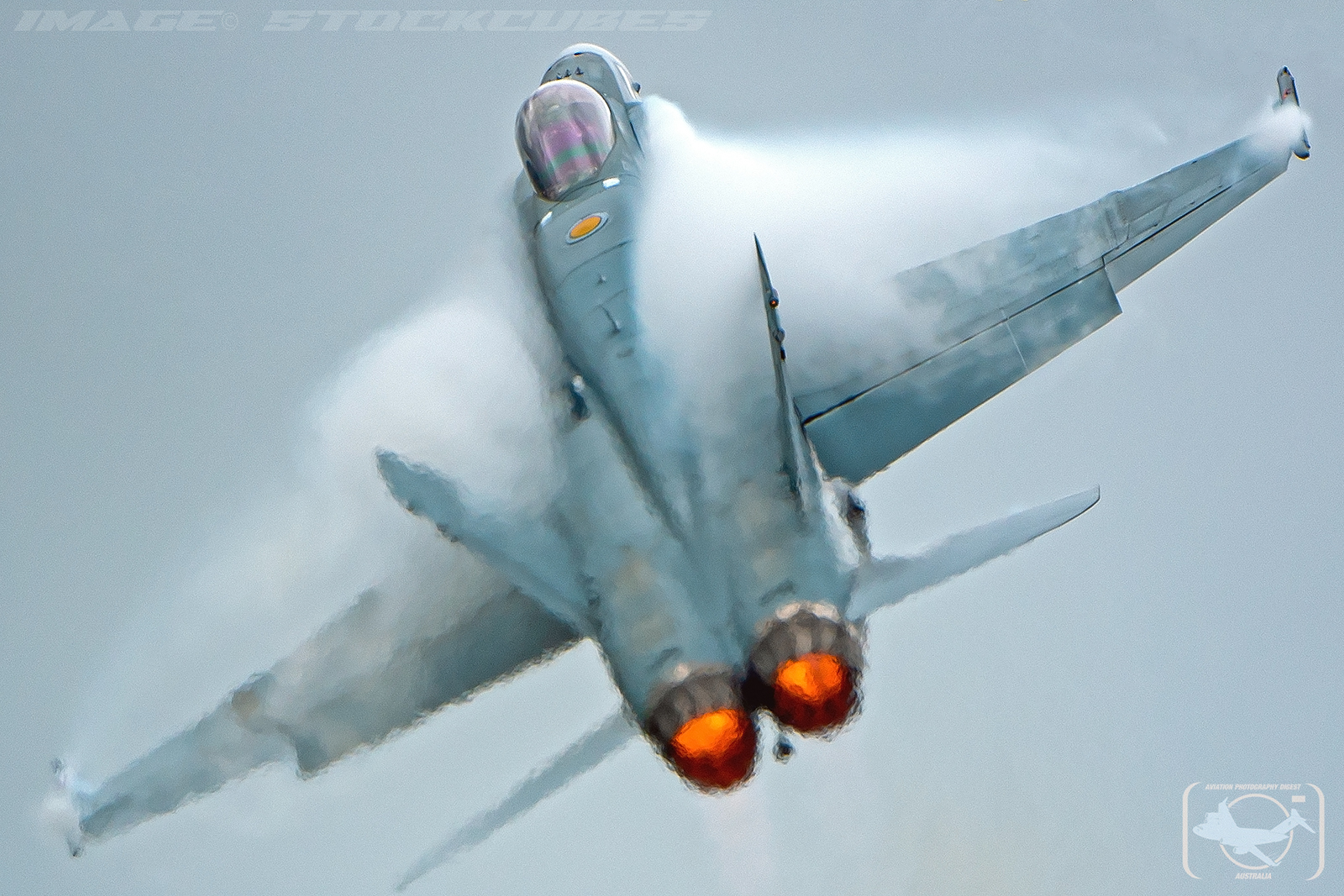 The Australian Army showcased its 2nd Division capability and the Royal Australian Navy had three of their Maritime helicopters participate, with the H-60R Romeo taking part in the flying display, whilst the EC-135 and MRH-90 Taipan were on the ground available for public inspection.

Airshow participants were also lucky enough to have the opportunity to try their skills at the Naval Aviation Prospects Scheme flight simulator. “We are very much looking forward to interacting with the general public, and providing an insight into our capabilities over the weekend,” Air Vice-Marshall Iervasi said.

Back to the show and what a better way to kick off the weekend, than a high energy solo demonstration from Group Captain Jason ‘Easty’ Easthope, Air Combat Group Chief of Staff.

Turning and burning his way over Shellharbour Airport in a F/A-18A Classic Hornet (A21-08) with all eyes to the sky as ‘Easty’ showcased that after 36 years of service, the F/A-18 is still an extremely capable machine.

The Historical Aircraft Restoration Society’s (HARS) Neptune was the second flying display for the weekend. Being the home airport for HARS, the museum had almost their entire collection on static display, and it’s seriously impressive.

‘Connie’, the only flying Super Constellation in the world, joined aircraft such as the Catalina, a Dassault Mirage IIIO, an F-111C, multiple C-47 Dakotas, a Convair 440 and two De-Havilland Vampires amongst many others.

The HARS collection is significantly large, with a huge variety of aircraft available for the public to walk around, with some being open to venture through via contribution of a small donation to the volunteer organisation.

Unfortunately, bad weather prevented the participation of a number of visiting aircraft. Whilst it is always a disappointment to not have the full flying program take to the skies, safety is the number one priority, and when mother nature says no, you must listen.

The Victorian based Focke Wulf FW-190 and CA-27 Sabre were two that unfortunately weren’t able to get a clear run into Shellharbour in the days leading up to the show.

A highlight for many was a first time participant in the form of the Chance-Vought F4U-5N Corsair. In what was his first public demonstration in the Corsair, pilot Nick Caudwell flew alongside the Grumman Avenger on both days.

The Corsair, having that gull-shaped wing, was certainly a head turner on the ground and in the air, with the unique sound from the 2760-horsepower Pratt and Whitney R-2800 radial engine.

On the ground, the Corsair, Avenger and the HARS operated S-2G Tracker took part in a wing fold demonstration, showcasing each aircraft’s wing folding capability used for storing them in smaller spaces such as aircraft carriers.

Other warbirds to take part in the show included the Pays Collection CA-18 Mustang, and their P-40E Kittyhawk. Paul Bennet had the honour of once again displaying both of these beautiful machines for the crowd. From Scone in country New South Wales, the Pays Mustang and Kittyhawk were a hit with spectators both young and old, with the sound from those WWII Merlin and Allison engines respectively something not to be forgotten anytime soon.

Throughout the weekend, the crowds were treated to aerobatics from some of the best stunt pilots in the country. Once again Paul Bennet took to the sky in his Wolf Pitts Pro, a 400-horsepower biplane capable of some extraordinary things. With an empty weight of 450kg and a top speed just over 400 km/hr, the Wolf Pitts Pro is one of the highest performing aerobatic biplanes in the world.

Matt Hall showed that physics must simply be a myth, as he threw his MXS-R around like it was simply a toy. The MXS-R possesses a 420 degree per-second roll rate, giving it unmatched performance when it comes to aerobatics. Other aerobatic pilots to demonstrate at Wings were Glenn Graham in the Rebel 300 and Jesse Jury in the Pitts Model 12.

Along with Paul, Glenn and Jesse also flew as part of Australia’s number one civilian aerobatic team, the Sky Aces. Made up of the Wolf Pitts Pro, the Pitts S1- S and the Pitts S1-E, the Sky Aces certainly know how to wow the crowds, with their close formation aerobatics and their incredible head to head flying leaving everyone wanting more.

RAAF’s No.100 Squadron which was formed as apart of the RAAF’s centenary year from the Temora Aviation Museum once again took part in the airshow, something they have generously done for a number of years. Unfortunately with poor weather on the Saturday, it meant the Wirraway, Boomerang, Spitfire, Hudson and Canberra were unable to make the trip over to Illawarra.

Sunday however saw the arrival and display of the Wirraway, whilst the Hudson and Boomerang were welcome sights on the ground and briefly in the air. However it was the appearance of the recently restored English Electric Canberra that got tongues wagging from aviation enthusiasts. Not seen flying at an airshow since the early to mid 2000’s, the Canberra has recently been brought back to life earning it’s airworthy certificate earlier in 2021 by the team at the Temora Aviation Museum, making it the only flying Canberra in Australia, it was a joy to watch it as it completed a number of flypasts before heading back to Temora and completing a non-stop flight.

From a former RAAF jet, to the newest kid on the block, whilst the Classic Hornet was singing its farewell to Illawarra the F-35A Lightning II was making it’s grand entrance.

‘Bunga’ who has the honour of becoming the first official Australian F-35A demonstration pilot, showed why the Air Force has 72 of these on the way. For most, it was the sheer noise of the Lightning II that had them in awe, however the way ‘Bunga’ seemed to at times, turn on a dime was simply breathtaking for all to witness.

To conclude the display a vertical departure at show centre combined with ‘Wall of Fire’ pyrotechnics capped off an incredible Wings debut for the Lightning. Within 15 minutes, ‘Bunga’ was back on the ground at RAAF Base Williamtown, roughly 300km away.

But of course the weekend could only finish the same way it started. The star of the show, GPCAPTJason ‘Easty’ Easthope strapped in to F/A-18 Classic Hornet A21-44 to complete the final public demonstration flight ever. Plenty of speed and noise capped off a remarkable weekend for the Hornet, and one could be forgiven for perhaps having a tear in the eye.

A large round of applause greeted ‘Easty’ as he shutdown the jet for the final time at an air show. With numerous waves to the crowd and a few trademark ‘shakas’ from the ACG Chief of Staff, it was farewell to the Hornet from the crowd at Wings Over Illawarra 2021. 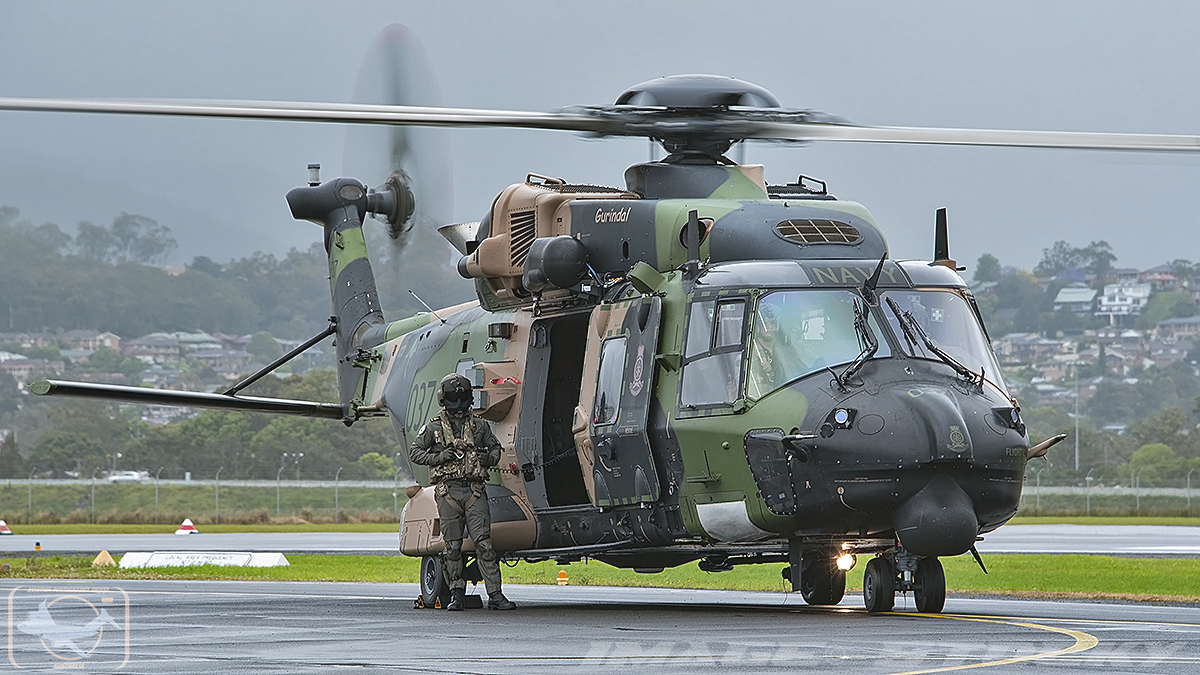 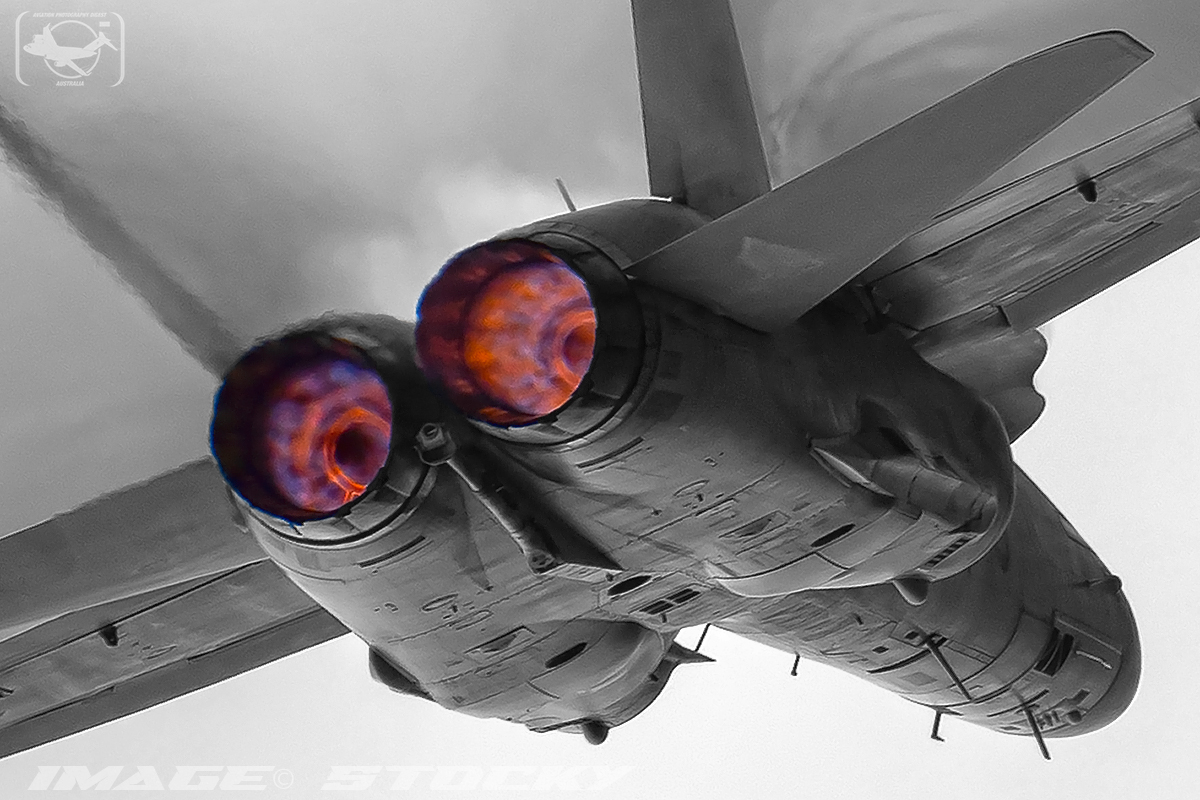 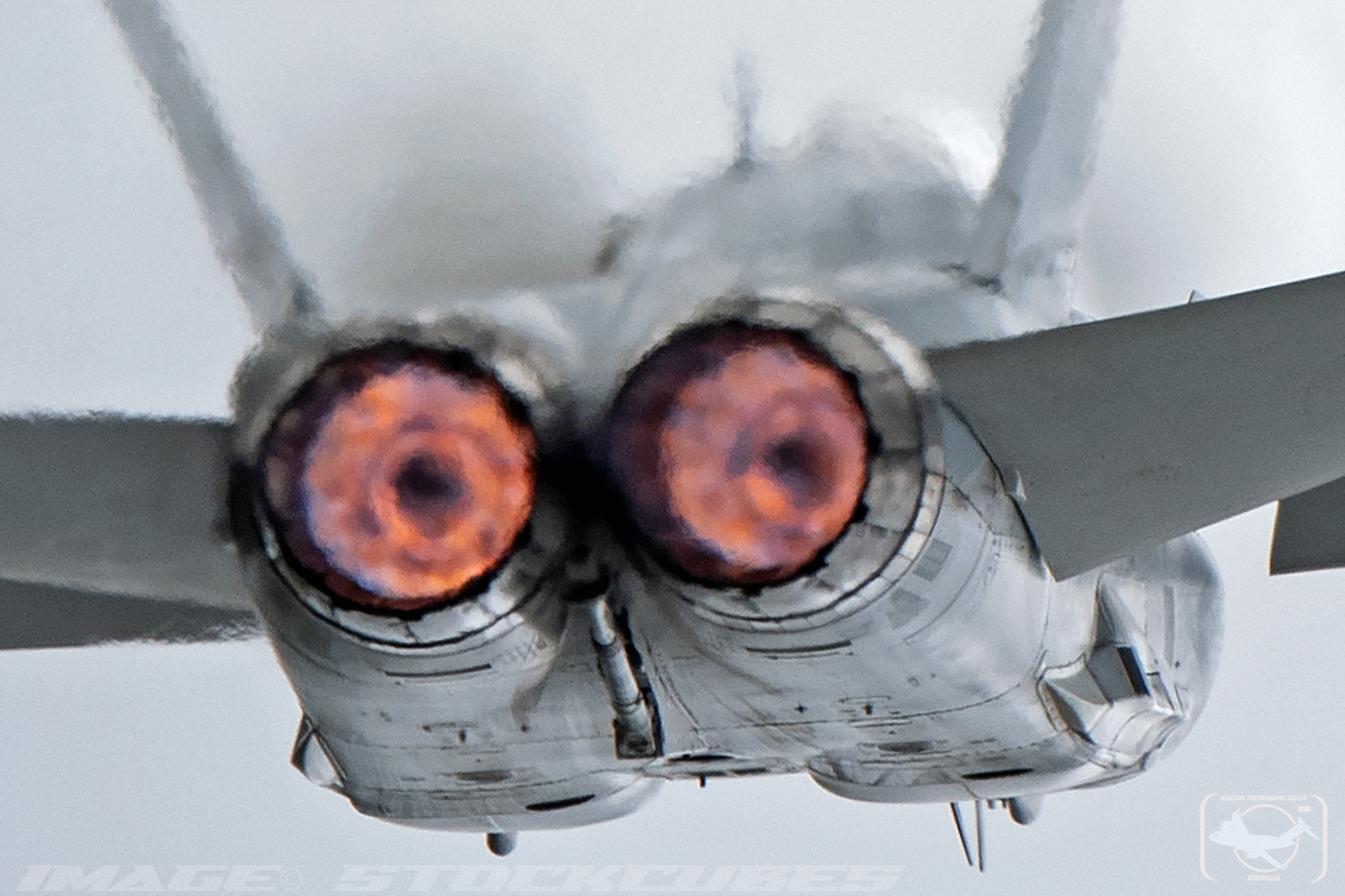 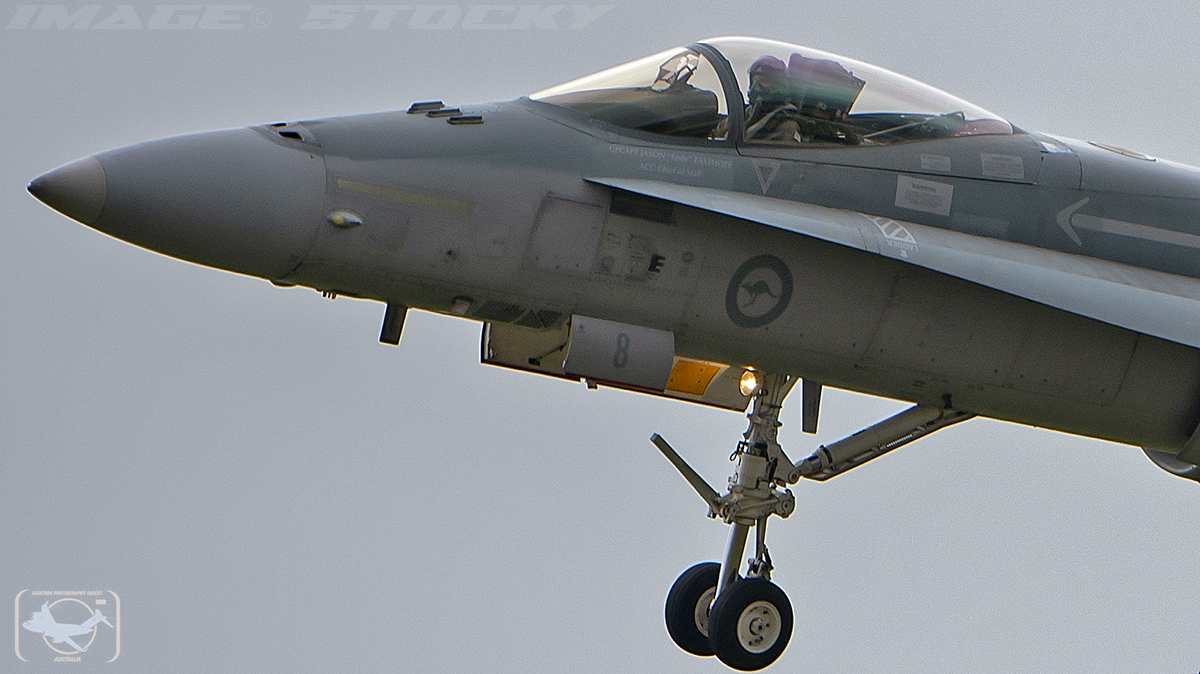 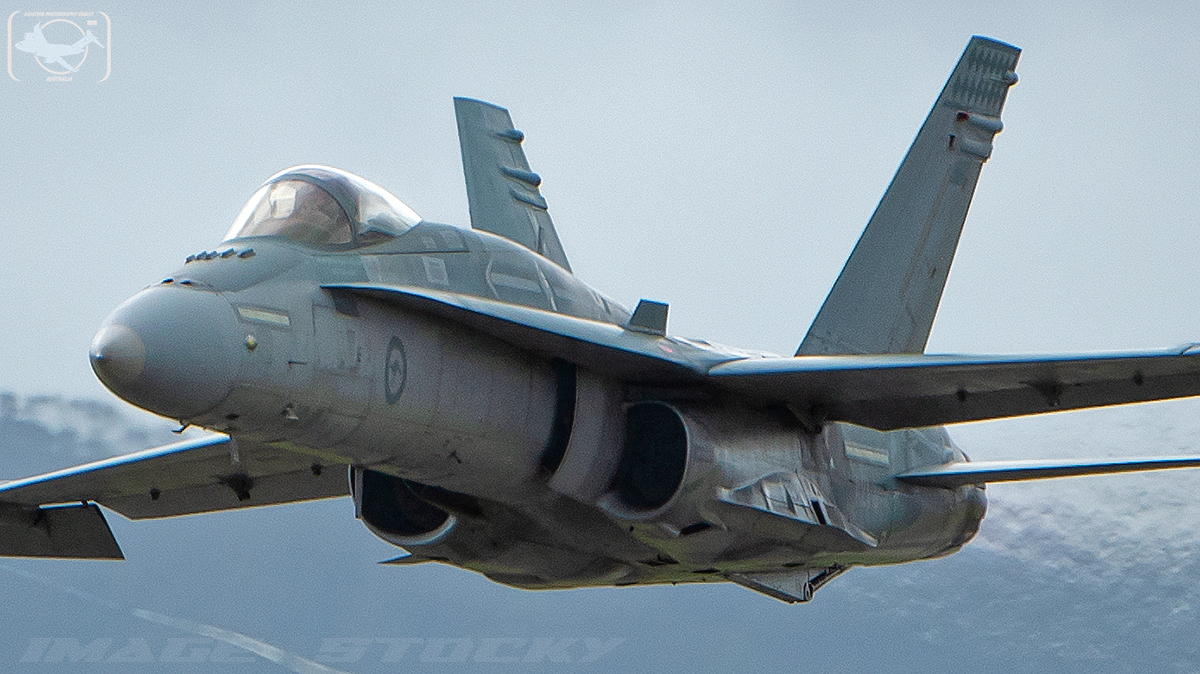 The following gallery of photos was taken by Ryan Imeson: