Beware of its Sting

Images courtesy of the U.S. Navy

The United States Navy’s only forward deployed Landing Helicopter Dock USS Wasp has made a Liberty Call arriving into Sydney this morning prior to the commencement of Exercise Talisman Sabre 2019 which will run from the 11th through to 25th of July on Australia’s East Coast.

This marks the first time the Wasp has deployed to Australia apart of the “up-gunned” Expeditionary Strike Group (ESG) concept that adds another Arleigh-Burke class destroyer to the ESG.

The “up-gunned” ESG adds another destroyer to the mix making it five ships in the amphibious group giving the ESG an increase in firepower with anti-surface and anti-air capabilities.

This makes it a considerable force that is able to greatly increase the capability of the ESG and MEU in high end warfare.

Apart of increasing the capabilities apart of the ESG the 31st MEU have for the first time deployed six F-35B Lightning’s from VMFA-121 “Greenknights” based at MCAS Iwakuni in Japan onboard the USS Wasp as apart of the VMM-265 Reinforced Air Combat Element. 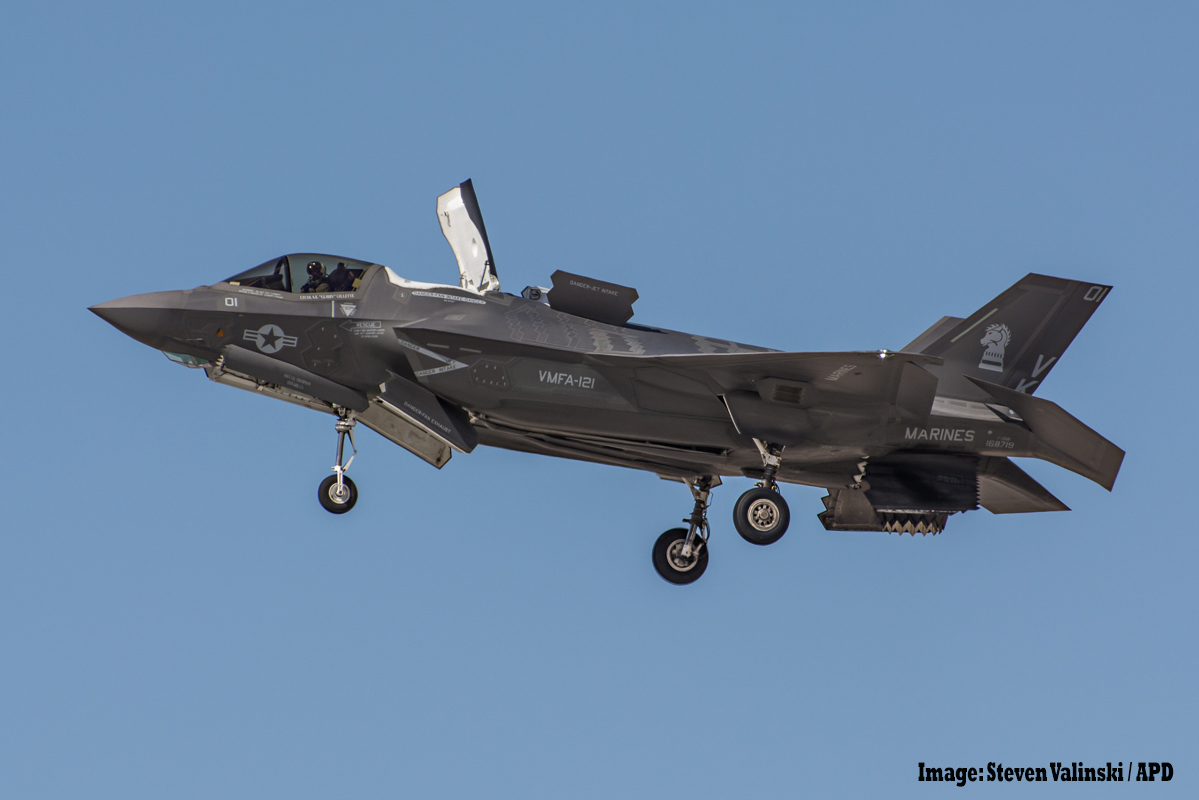 The arrival of the F-35 onboard the Wasp has provided the ESG a greater coverage in warfare than ever before. With the added destroyer to the ESG the the U.S. Navy and with the USMC F-35B working together the Navy’s Naval Integrated Fire Control-Counter Air construct can now come into full effect with the F-35B using its sensors give targeting information to the two Arleigh- Burke class destroyers apart of the ESG providing them information on enemy ships and aircraft to be targeted and nullified.

“The F-35B is the most capable aircraft ever to support a Marine rifleman on the ground. It brings a range of new capabilities to the MEU that makes us a more lethal and effective Marine Air-Ground Task Force.”

The arrival of the Wasp also sees the USMC VMM-265 (R) “Dragon’s” redeploy to Australia apart of the ACE onboard the Wasp consisting of the units MV-22B Osprey’s from MCAS Futenma in Okinawa as well as CH-53E Super Stallions and two MH-60S Seahawks.

Along with the Wasp, USS Green Bay (LPD 20) and USS Ashland (LSD 48), two other ships in themWasp Amphibious Ready Group (ARG), are also in Australia prior to Talisman Sabre 2019. The Green Bay and Ashland are currently visiting Brisbane, Australia.

“This visit gives the Wasp ARG a fantastic opportunity to explore Australia, while also learning about one of our country’s strongest partners, who share our values and commitment to peace and security,” said Capt. Jim McGovern, commander, Amphibious Squadron Eleven. “In both Sydney and Brisbane, our Sailors and Marine will be able to have a short respite from our forward- deployed and busy operational schedule to enjoy these beautiful cities.”

“It is an absolute privilege for the Marines and Sailors of the 31st MEU to receive such a warm and hospitable welcome to Australia and the beautiful city of Sydney,” said Col. Robert Brodie, 31st MEU commanding officer. “We genuinely look forward to meeting new friends, building positive relationships and enjoying our shared vision of peace and prosperity with our Australian allies.”

During the port visit, Sailors and Marines will participate in various community service events, intramural sports competitions, including volleyball and soccer, tours of the area, and the ship will host a distinguished visitor reception.

“Australia is one of the benchmark countries for U.S. Sailors and Marines to visit during their careers, and both the crew of Wasp and the 31st MEU are excited and well-deserving of the opportunity to experience this beautiful country,” said Capt. Christopher Herr, Wasp commanding officer.

“Our two nations value stability and peace, both at home and globally, and having the opportunity to be ambassadors in this respect is a great honour. Given our historic alliance and friendship with Australia, this visit will give our Sailors and Marines an even greater appreciation for their legacy of service with honour, which generations of Australian and American service members can relate to, and continue to build upon.” 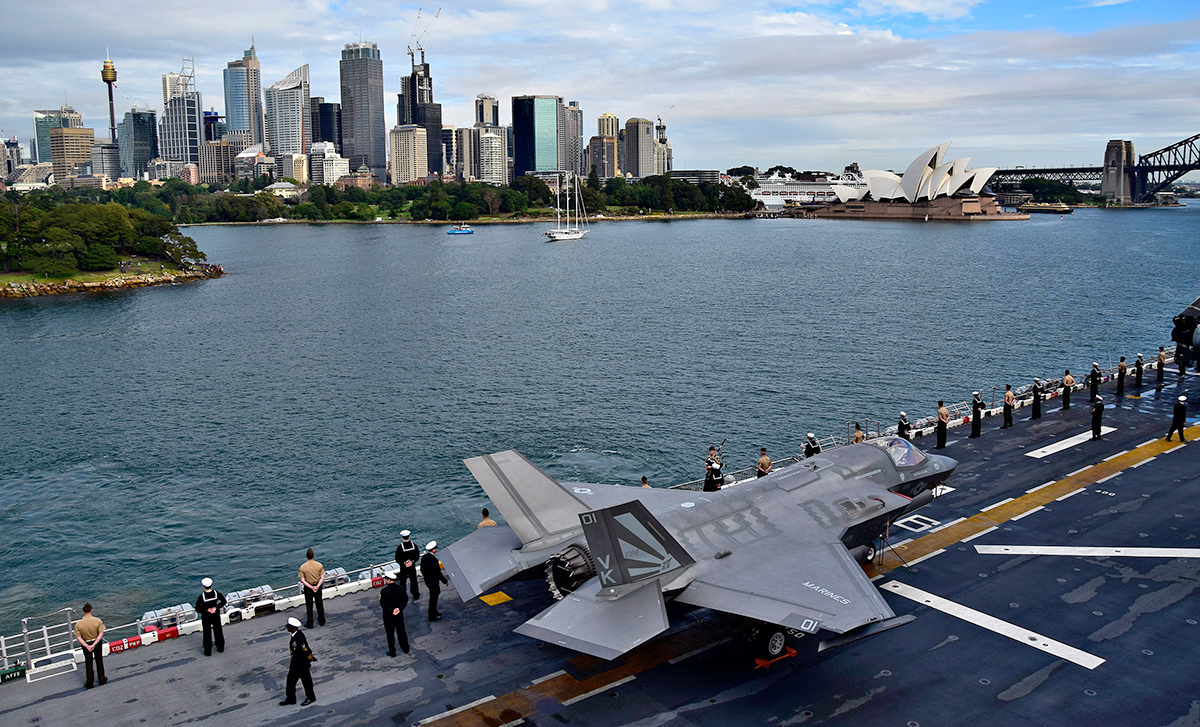 190618-N-RI884-1262 SYDNEY (June 18, 2019) Sailors and Marines man the rails aboard the amphibious assault ship USS Wasp (LHD 1) as the ship arrives in Sydney for a port visit. Wasp, flagship of the Wasp Amphibious Ready Group, with embarked 31st Marine Expeditionary Unit, is operating in the Indo-Pacific region to enhance interoperability with partners and serve as a ready response force for any type of contingency. (U.S. Navy photo by Mass Communication Specialist 1st Class Daniel Barker)