Last week saw the USS George H.W. Bush (CVN 77) make a 4 day port call to Haifa, Israel, as it begins to see the end of its deployment to the US’s 5th and 6th AOR. This port call coincided with the USA’s 241st Independence Day. The USS Bush is the largest US Navy warship as well as the largest in the World. The Bush is the newest and last of the Nimitz Class Carriers.

Israel housed a USO office in Haifa in the past, the city was considered a regular stop on every US Carrier’s deployment to the 6th Fleet AOR. Following the outbreak of Palestinian Terror attacks in 2000, including homicidal bombings in Haifa, the US suspended Aircraft Carrier port calls to Haifa. In recent years US Warships have returned to the city, but this is the first time in almost 2 decades that a carrier has visited, the sheer volume of people aboard the Bush disembarking is higher than experienced in 2 decades solely due to its tremendous capacity.

The Bush’s moniker “Freedom at Work” has a very actual ring to it. With the fight against ISIS looking at a conclusion mission markings are apparent on most if not all of its aircraft. Recently it was reported that a US Navy F-18 flying off of the Carrier shot down a SYAAF Su-22 “Fitter” that was strafing a force led by Coalition forces.

Capt. James A McCall, Commander of CVW-8 stated that while a Syrian Regime aircraft was shot down, the Navy’s mission in the both the 5th and 6th AOR is to support “Inherent Resolve” and eradicate ISIS forces, not to combat Syrian forces unless they are posing a threat to the US led coalition forces.

Capt. Will Pennington, Commanding Officer of the Bush spoke of the close cooperation the US receives while in the area and commended the IDF’s professionalism. Capt. Pennington added that due to the many active players in the region there is a need for “deconflicting” so that each player can achieve their mission.

The Israeli Navy provided protection for the Carrier by deploying SAAR 5 Corvettes, Dolphin Class Submarines as well as Shaldag PT Boats allowing the Carrier Groups escorting ships to dock in Haifa and allow their sailors some time off.

Prime Minister of Israel, Benjamin Netanyahu visited the ship along with the US Ambassador to Israel David Friedman. The Prime Minister jokingly stated that he heard the 11 billion dollar price tag of the Bush and decided to order 2. According to the Ambassador this was the first time a head of state has visited the Bush since it was commissioned.

As the fight against ISIS seems to be nearing a tipping point, it remains to be seen how US Carriers will project diplomacy in the Middle East. The area seems to be on a continuous road to destabilization since the so called “Arab Spring” and is full of players attempting to advance their positions with so much of the region amok with anarchy, Israel seems to be the only steady Government around and safe haven for the US Navy. 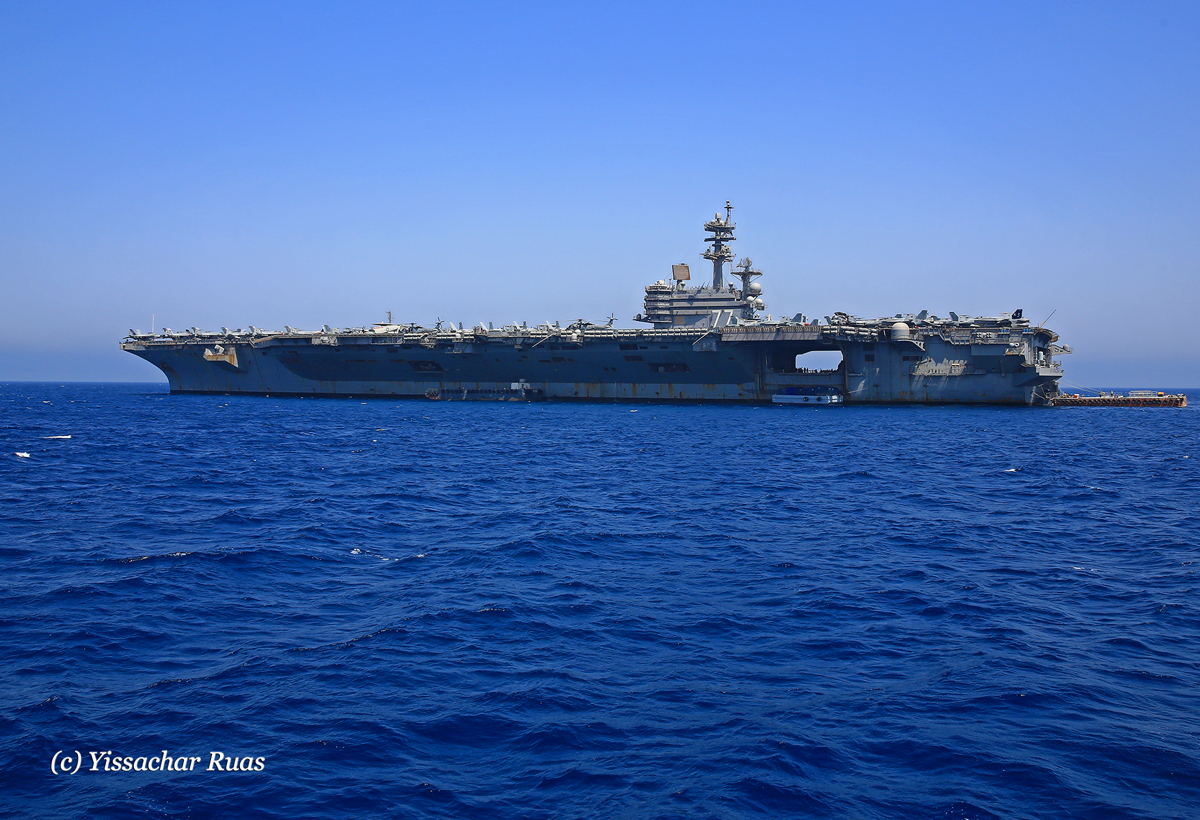 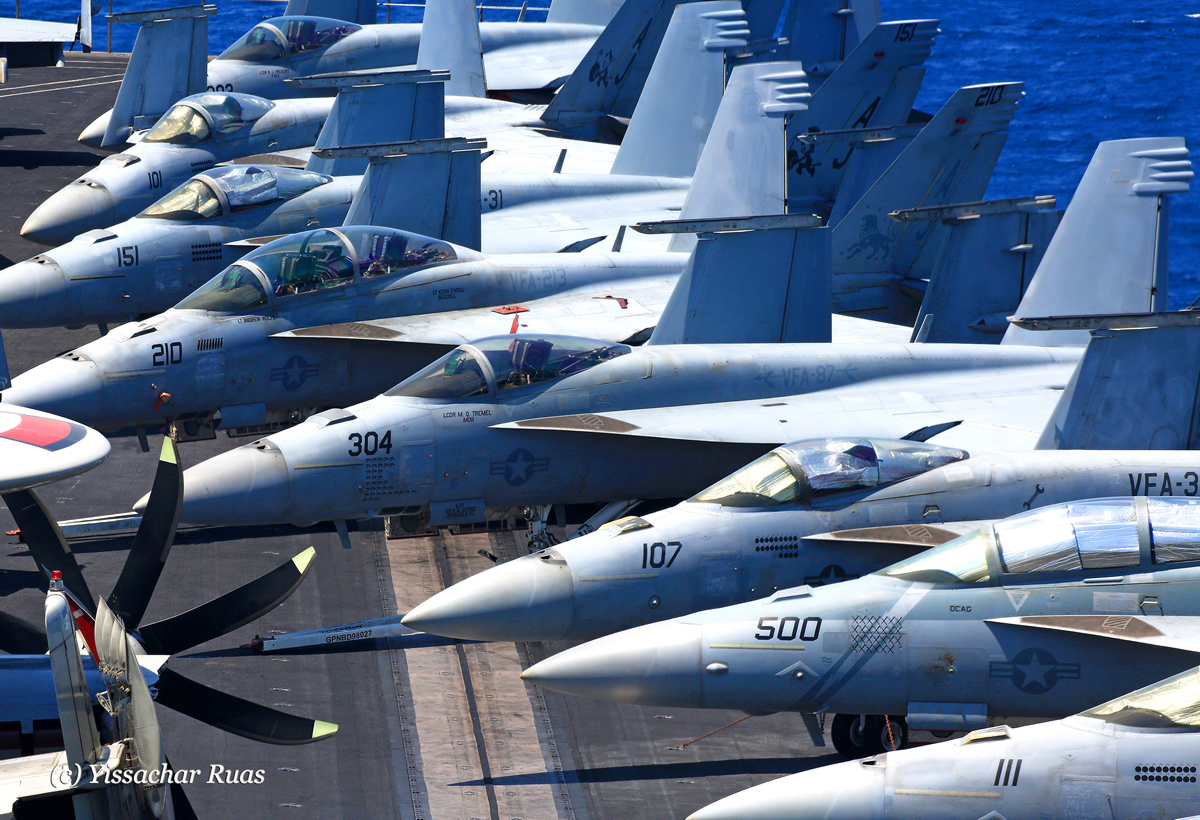 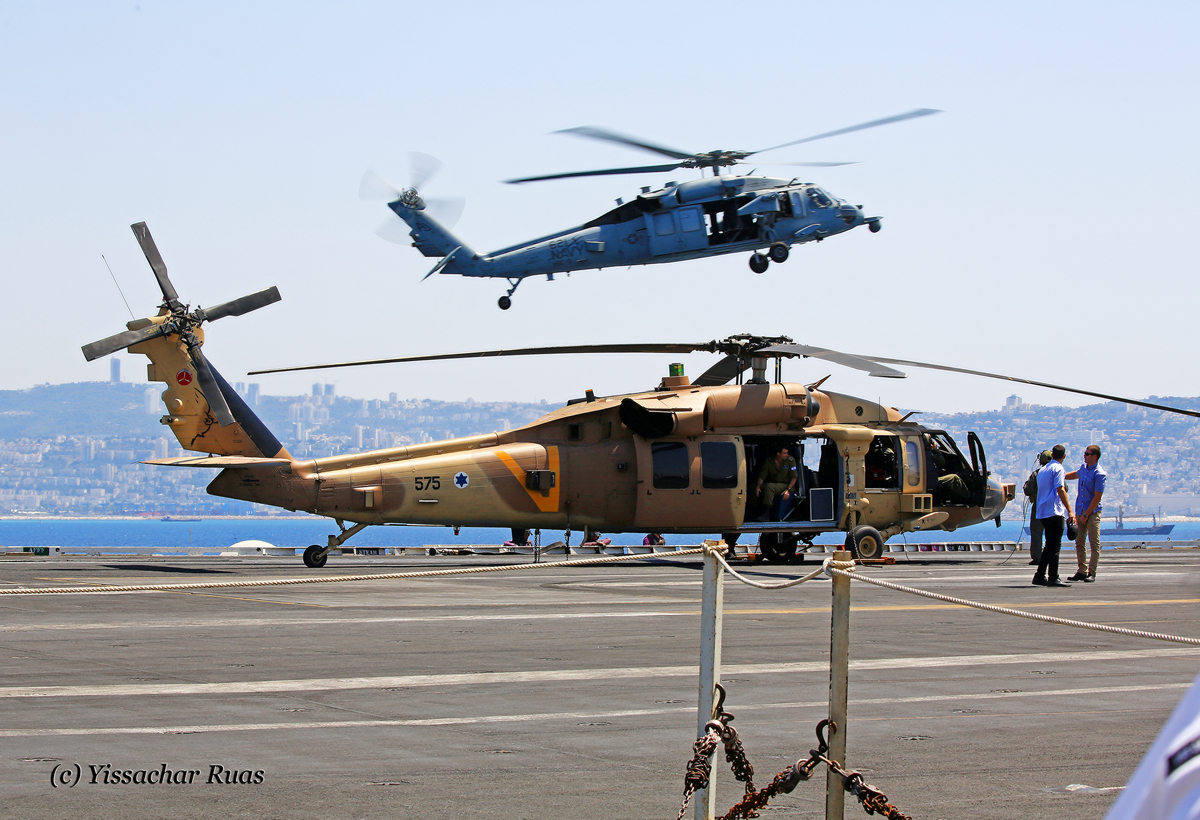 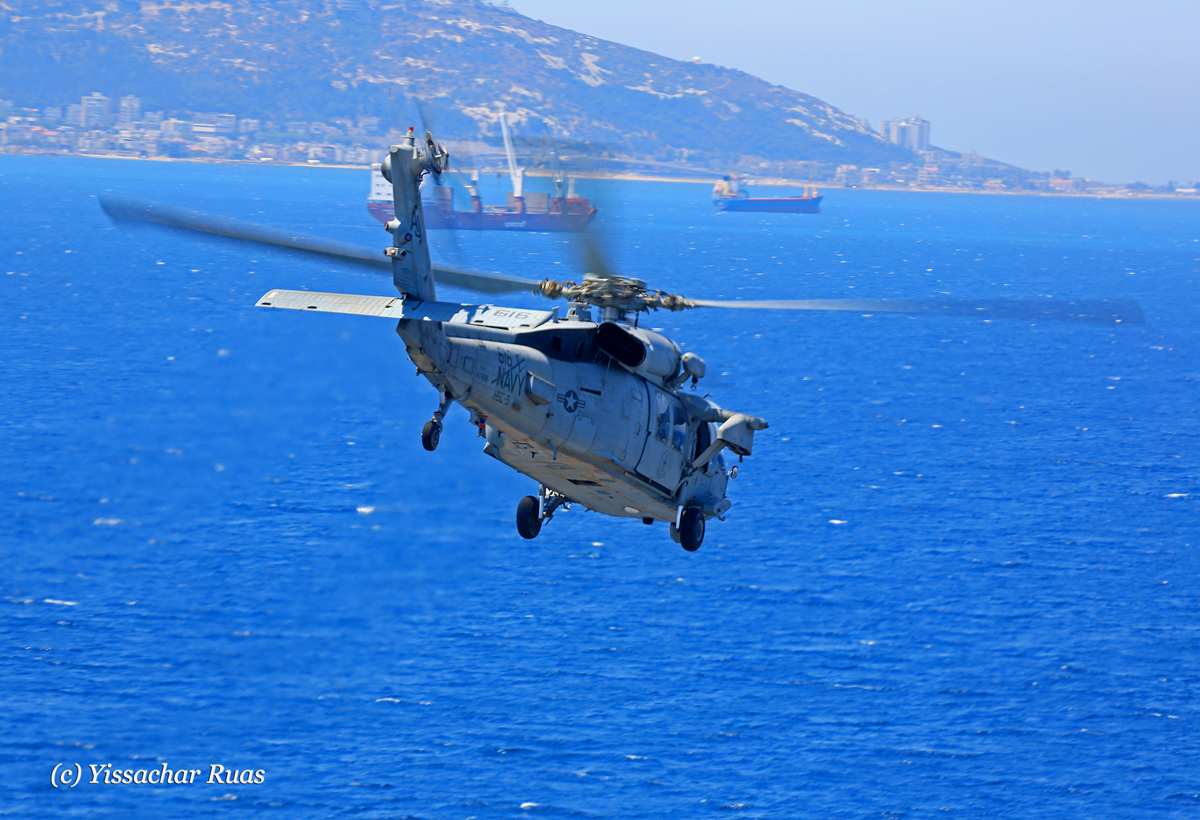 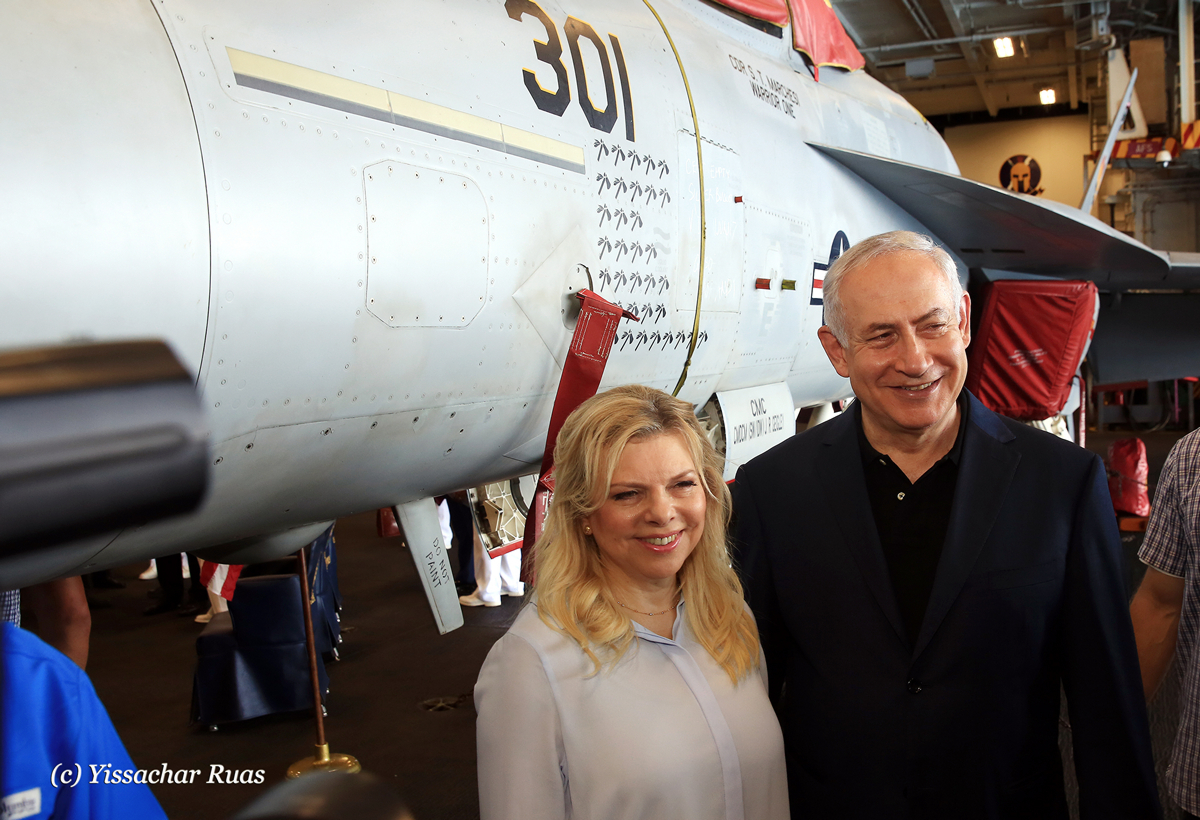 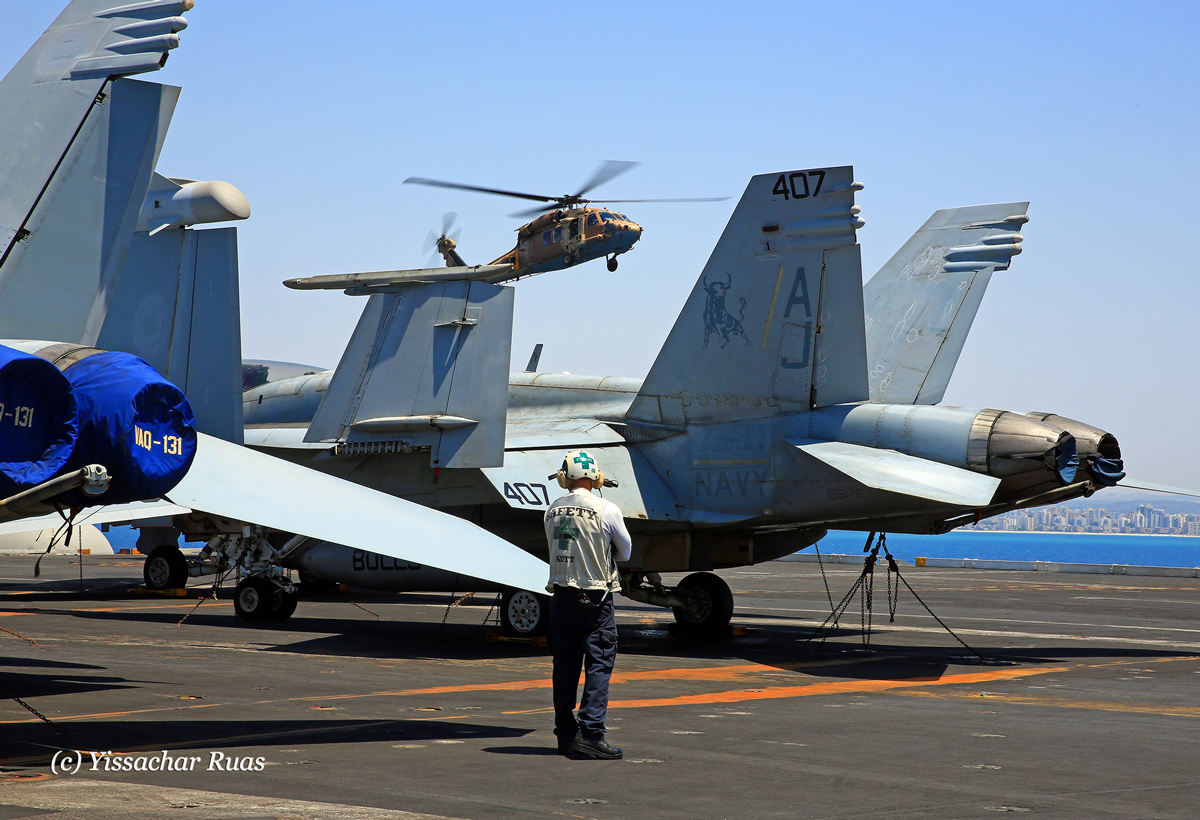 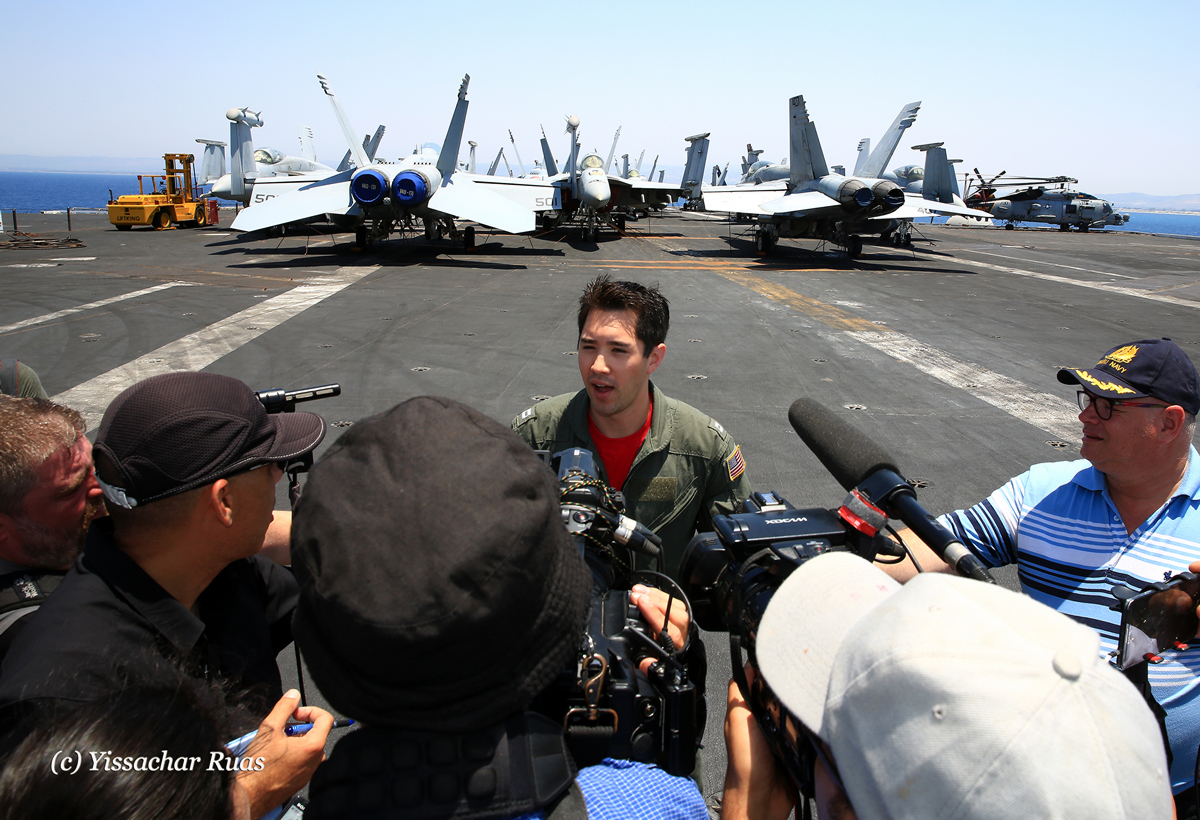 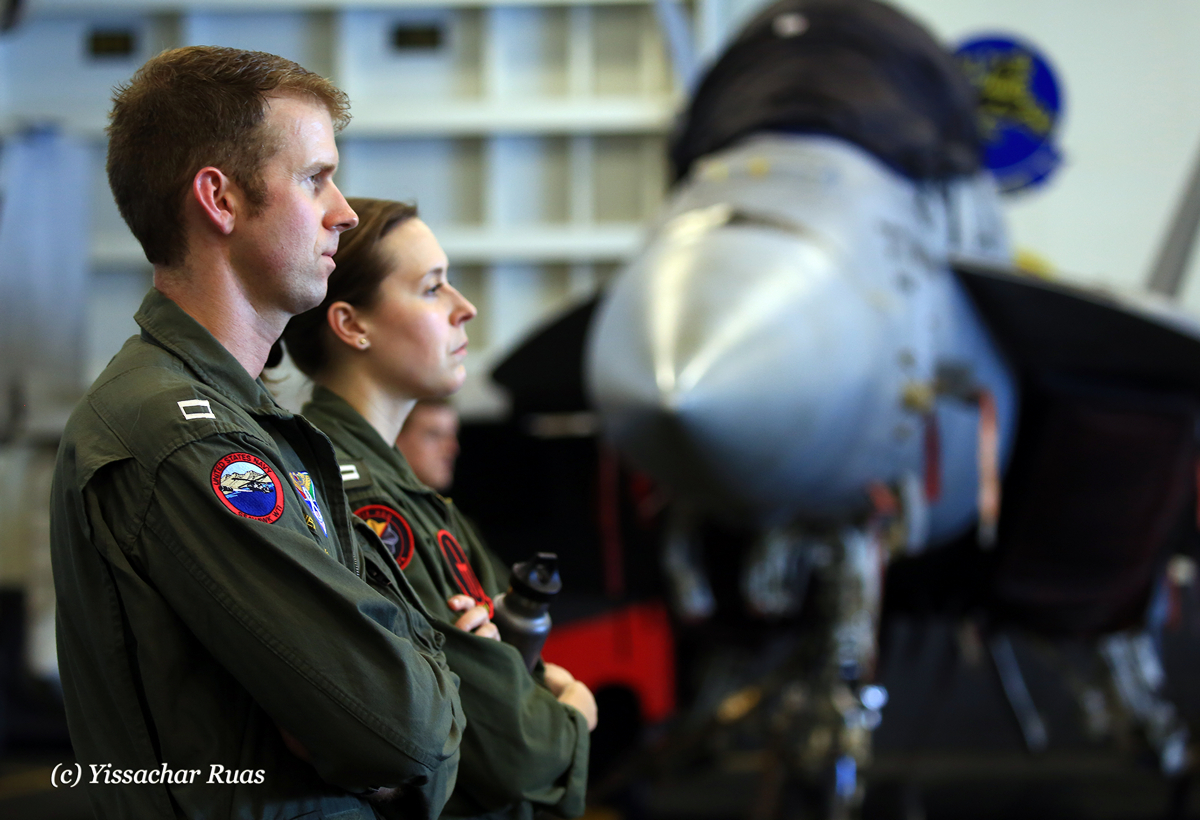 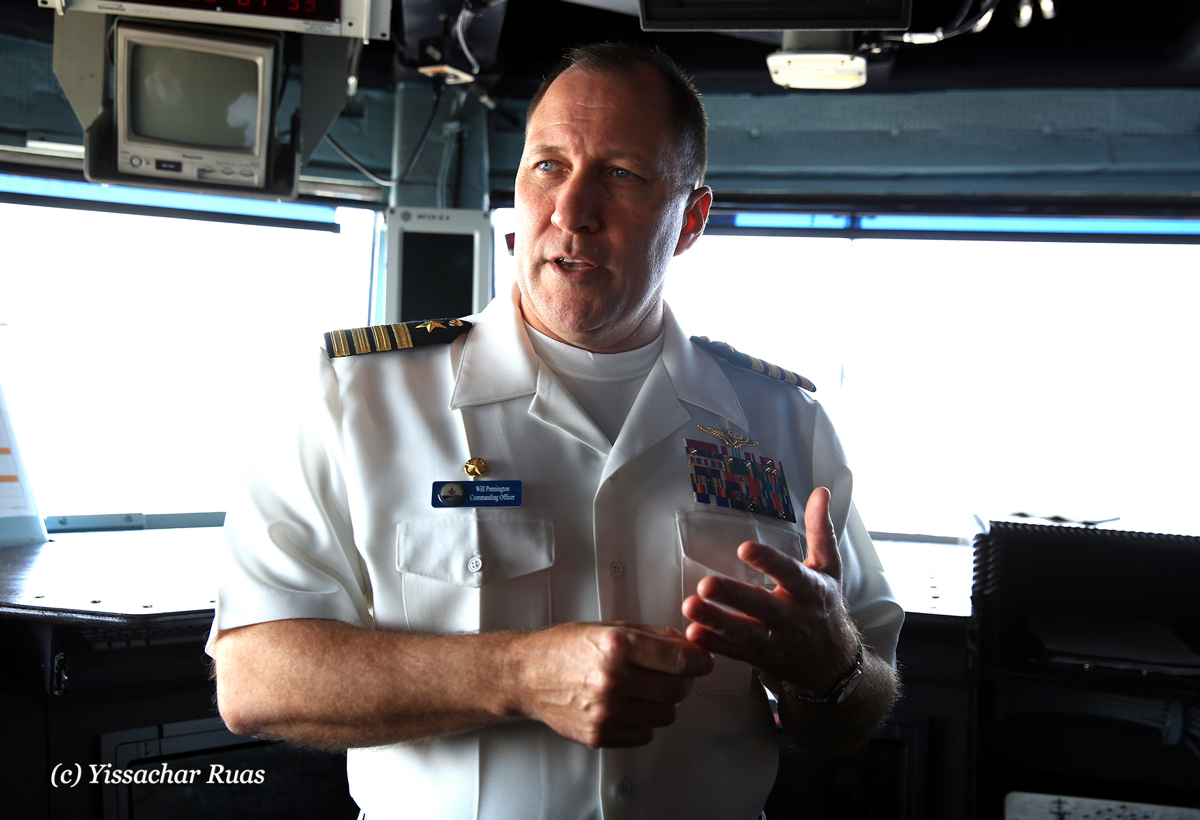