While the main objective is to provide advanced aviation tactical training and certification of unit instructors, USMC Weapons and Tactics Instructor Course (WTI) 2-18, hosted by Marine Aviation Weapons and Tactics Squadron One (MAWTS-1) aboard Marine Corps Air Station Yuma showed that WTI is much more than training. It is research, testing, development and perfecting…where ‘proof of concept’ becomes a reality and new technologies and tactics evolve to support the Marine Air-Ground Task Force (MAGTF).

Celebrating its 40th anniversary, MAWTS-1 evolved from a recommendation from a 1975-76 USMQ HQ study group which outlined the need for specialized training due to the growing mission of Marine Corps aviation. According to the USMC, “A series of recommendations, labeled as numbered projects, were made to the head of Marine Aviation and to CMC in early 1976. Project 19 recommended establishment of the Weapons and Tactics Training Program (WTTP) for all of Marine Aviation.” On June 1, 1978, MAWTS-1 was commissioned at MCAS Yuma to form a schoolhouse to direct a consolidated WTI course.

Today, WTI continues to be held twice per year while producing over 300 graduates per year. After graduation, WTI graduates are expected to return back to their units and…

The WTI curriculum is constantly evolving under MAWTS-1, incorporating new tactics, procedures and technologies across all spectrums of 21st century warfare.

WTI 2-18 saw some minor changes from the last iteration. “The WTI 2-18 Period Of Instruction underwent minor changes from the previous class. There were no new events, but events were modified to incorporate a more aggressive focus on contested domains,” according to Maj Tim “Monk” Miller, MAWTS-1 Operations Officer.

“MAWTS-1 has adapted by leaning on the unique capabilities of the F-35 and also incorporating Joint assets, like the U.S. Navy’s EA-18G Growler,” Maj Miller added.

One of the most significant innovations for the USMC has been the Lockheed Martin F-35 Lightning II Joint Strike Fighter. As true multi-role fighter, the F-35 comes ‘out of the box’ meeting the Marine Corps expectation of being a sensor, shooter and a sharer.

The F-35 has completely revolutionized the capabilities of Marine Aviation and MAWTS-1 has been leading the way optimizing the F-35s presence within the MAGTF and joint forces.

One example of this is the HIMARS integration. The M142 High Mobility Artillery Rocket System (HIMARS) is a light rocket launcher mounted on a truck frame. According to Maj Miller, “The TACDEMO for HIMARS and F-35 integration was a success. The F-35 was able to supply the HIMARS with a purely digital target coordinate.” The F-35, with its stealth capabilities, is able to get into contested areas undetected, if needed, identify targets and then pass the targeting coordinates to a mobile HIMARS unit. The U.S. Navy had similar success integrating the F-35 with Raytheon’s Standard Missile-6. The F-35 HIMARS integration has been incorporated into the past few WTI iterations.

A major focus in the past two WTI iterations has been Digital Interoperability (DI) which is an integral component of the Marine Corps goal of having every airframe capable of being a sensor, shooter and sharer. “Digital Interoperability continues to be a major focus throughout flight phase. Multiple Assault Support T/M/S are able to increase their SA through rapid information sharing,” Maj Miller told APD.

DI will speed-up the kill chain within the battlespace. According to the USMC, ““speed-up the kill chain” refers to utilizing the most efficient method toward negotiating a nine-line expeditiously. A nine-line is the method of establishing the scene of an objective area and incorporating necessary information to achieve mission success.”

Simply put, the ability to share real time information between different airframes within the battlespace will maximize the capabilities of each airframe as a sensor and sharer. This is especially true with the F-35. The F-35’s comprehensive integrated sensor package gives the F-35 a tremendous advantage over older airframes. With DI, the information gathered by the F-35 can be shared visually, in real-time, with legacy aircraft.

According to the 2018 Marine Aviation Plan, “Leading the charge with digital interoperability development, MAWTS‐1 continues to advance DI by continuing to work with HQMC to design and develop the Concept of Employment and develop TTPs. During varied mission sets within the WTI course, MAWTS‐1 continues to expand exposure to varied platforms and aviation command and control elements to further interoperability across the MAGTF. Students are being exposed to the MAGTAB suite and Mission Management Systems for planning and executing missions.”

The key component of MAWTS-1 that helps work these emerging technologies into the WTI in the form of Tactical Demonstrations (TACDEMO) and Tactics, Techniques and Procedures (TTP) development initiatives is the Aviation Development, Tactics and Evaluation Department (ADT&E).

In a recent report by Dr. Robbin Laird at Second Line of Defense, LtCol Ryan Schiller, the ADT&E Department Head, discusses the role of the department…

“According to LtCol Schiller, a key function of ADT&E is to assist in the process of informing future requirements.

“It is part of our mission to help requirement officers in Headquarters Marine Corps.”

“We do this by taking items from DARPA, research labs, industry and the PMAs and integrate them into WTI courses.”

“We then provide an after action report with our assessment on their performance and utility to the force.”

The students and instructors in the course help provide a realistic performance assessment for new equipment or technologies in an effort to help the USMC fill current and future warfighter gaps.”

The report also mentions that during WTI 2-18, “the ADT&E Department placed significant focus on creating a disrupted battlespace which included jamming, electronic warfare and other key non-kinetic elements.”

The 2018 Marine Aviation Plan adds, “MAWTS‐1 facilitates experimentation and collaboration across multiple venues with different agencies. The movement of VMX‐1 to MCAS Yuma has presented a tremendous opportunity for synergistic planning and execution of TACDEMOS for Marine aviation innovation and experimentation advancement. MAWTS‐1 is also working with PEO Land Systems to develop and advance counter‐small UAS TTPs. The coordination of VMX‐1 and MAWTS‐1 will ultimately improve operational test, link OT with MAWTS‐1 IP aviation subject matter expertise, and improve TTP development and innovation efforts across the Marine Corps.”

WTI 2-18 saw participation/support from various DoD entities such as the USAF, U.S. Navy and SOCOM, and countries such as UK, Canada and Australia.

MAWTS-1 has evolved significantly over the past 40 years. While being known primarily as a schoolhouse, MAWTS-1 is much more than that, bringing innovation to 21st century Marine Aviation.

As Maj Miller puts it, “MAWTS-1 continues to evolve the WTI Course and TTPs to meet the current threat to the MAGTF and our nation. We have held the standard for Marine Aviation for the past 40 years and will continue to do so by remaining vigilant, ready, and relevant.” 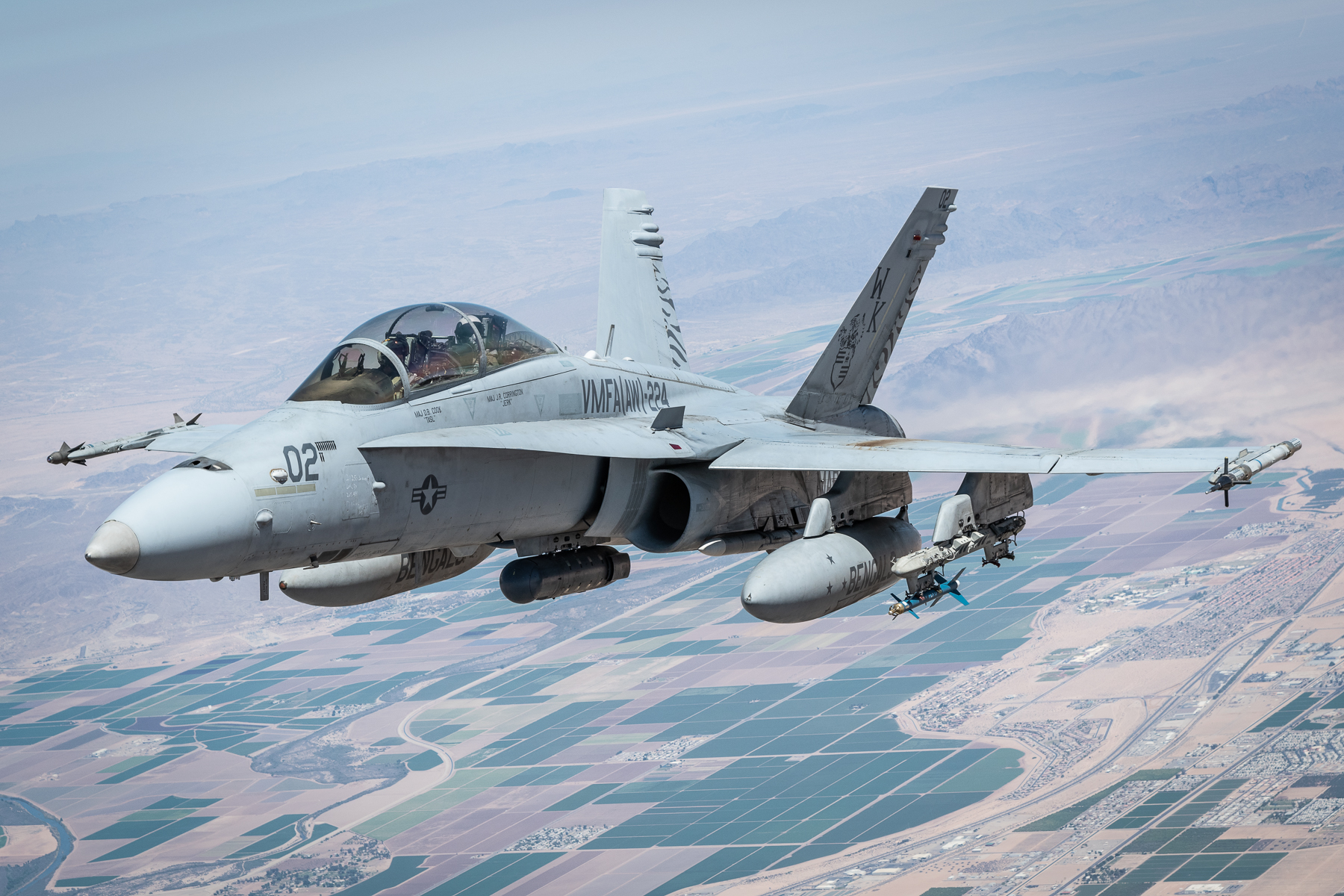 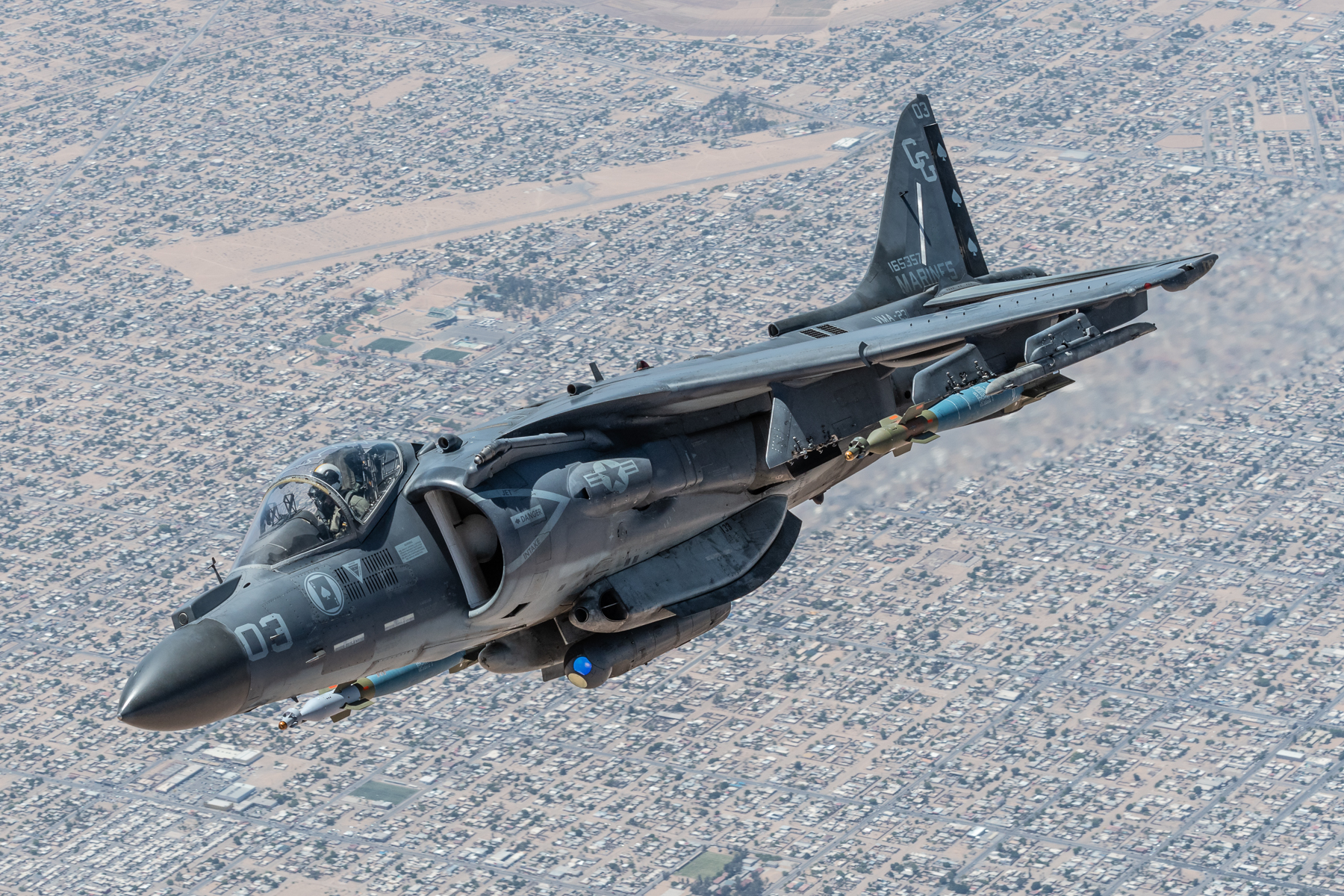 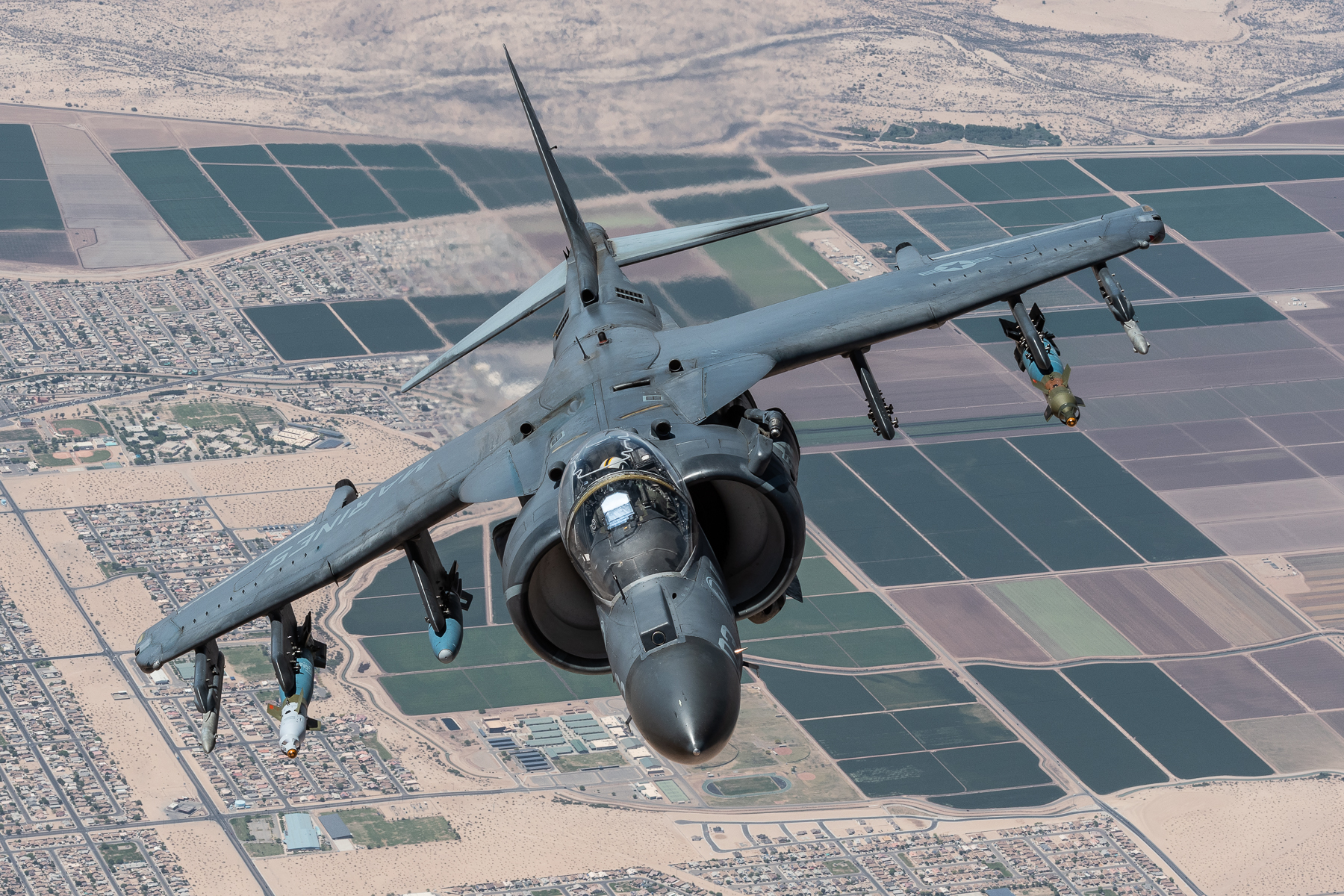 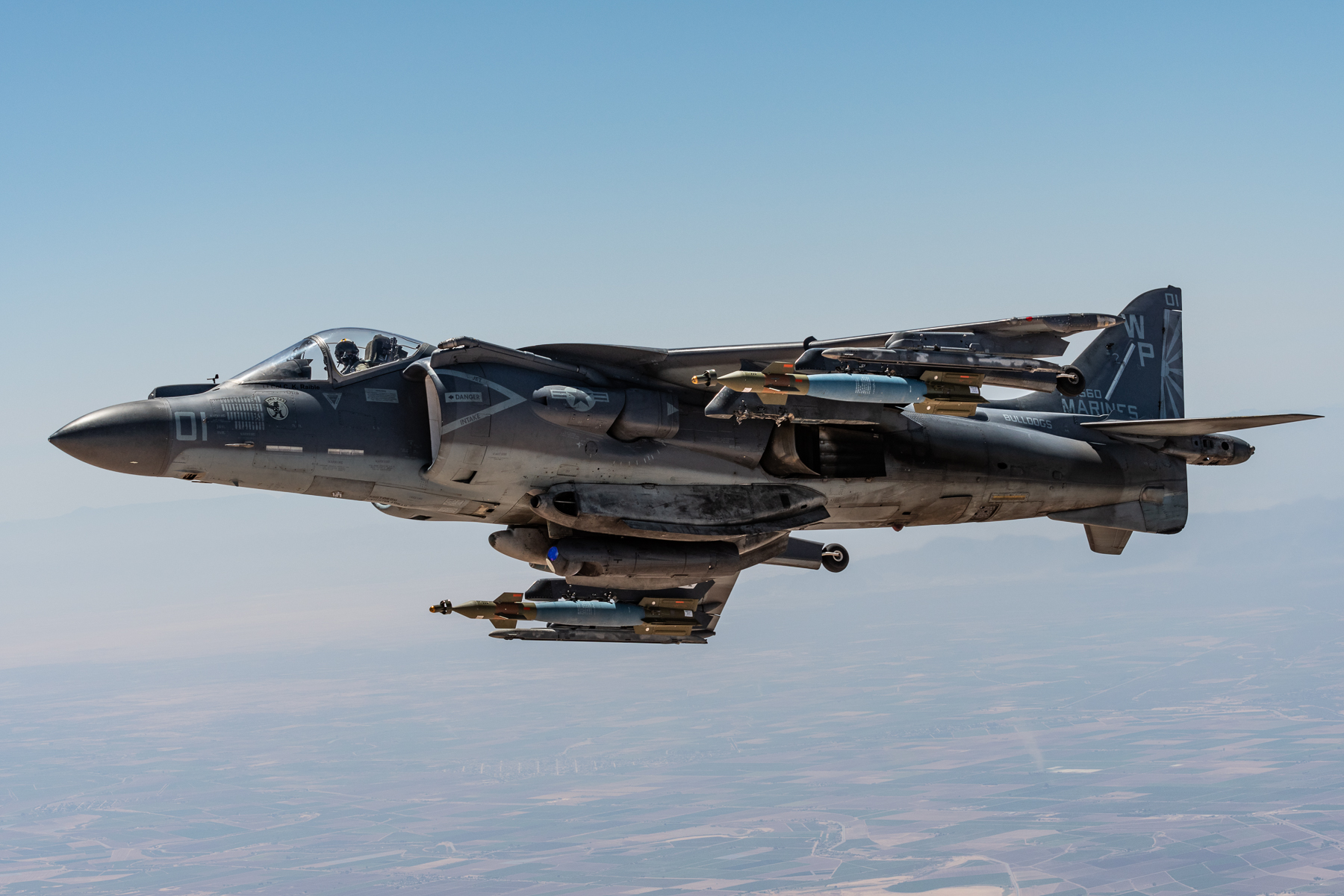 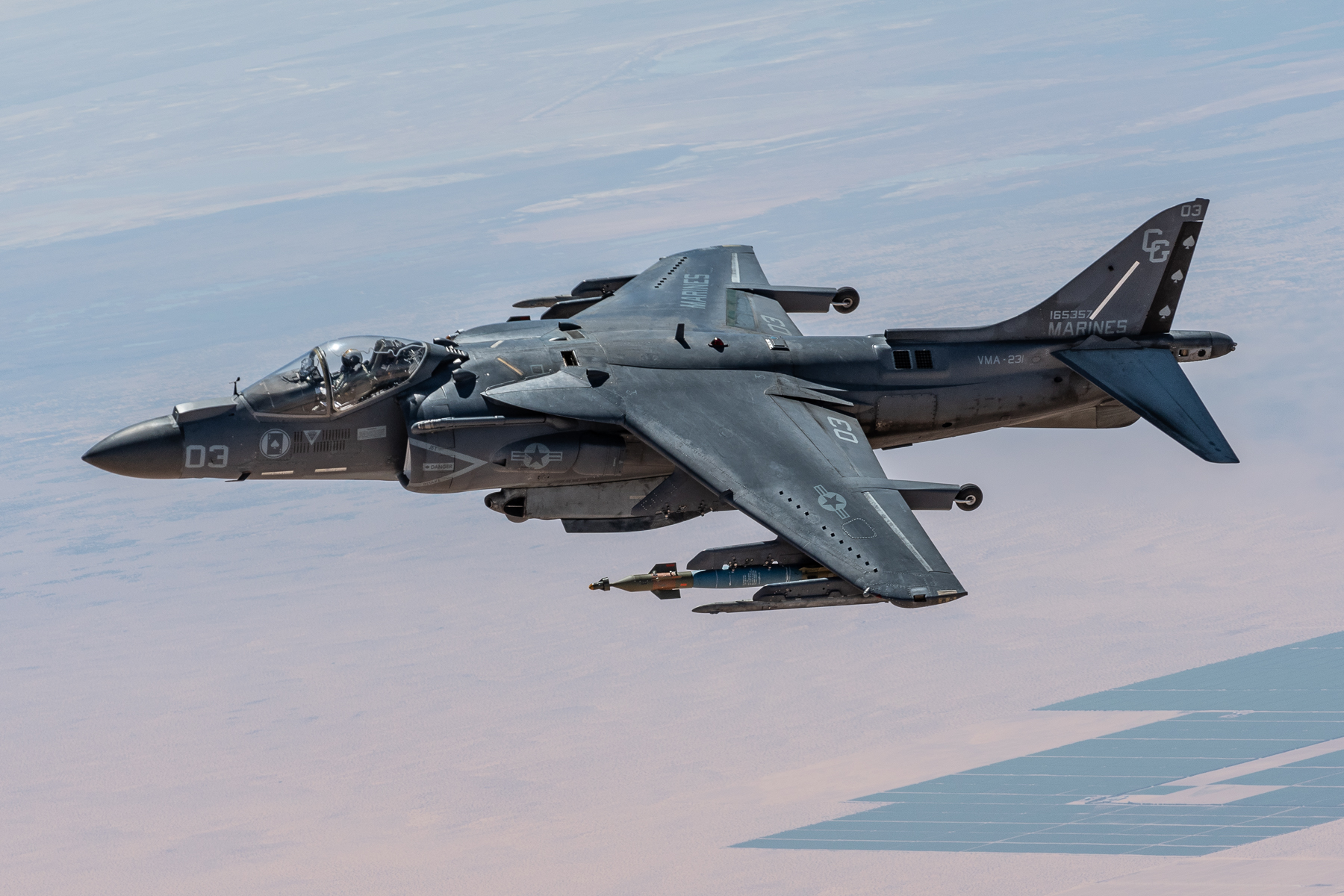 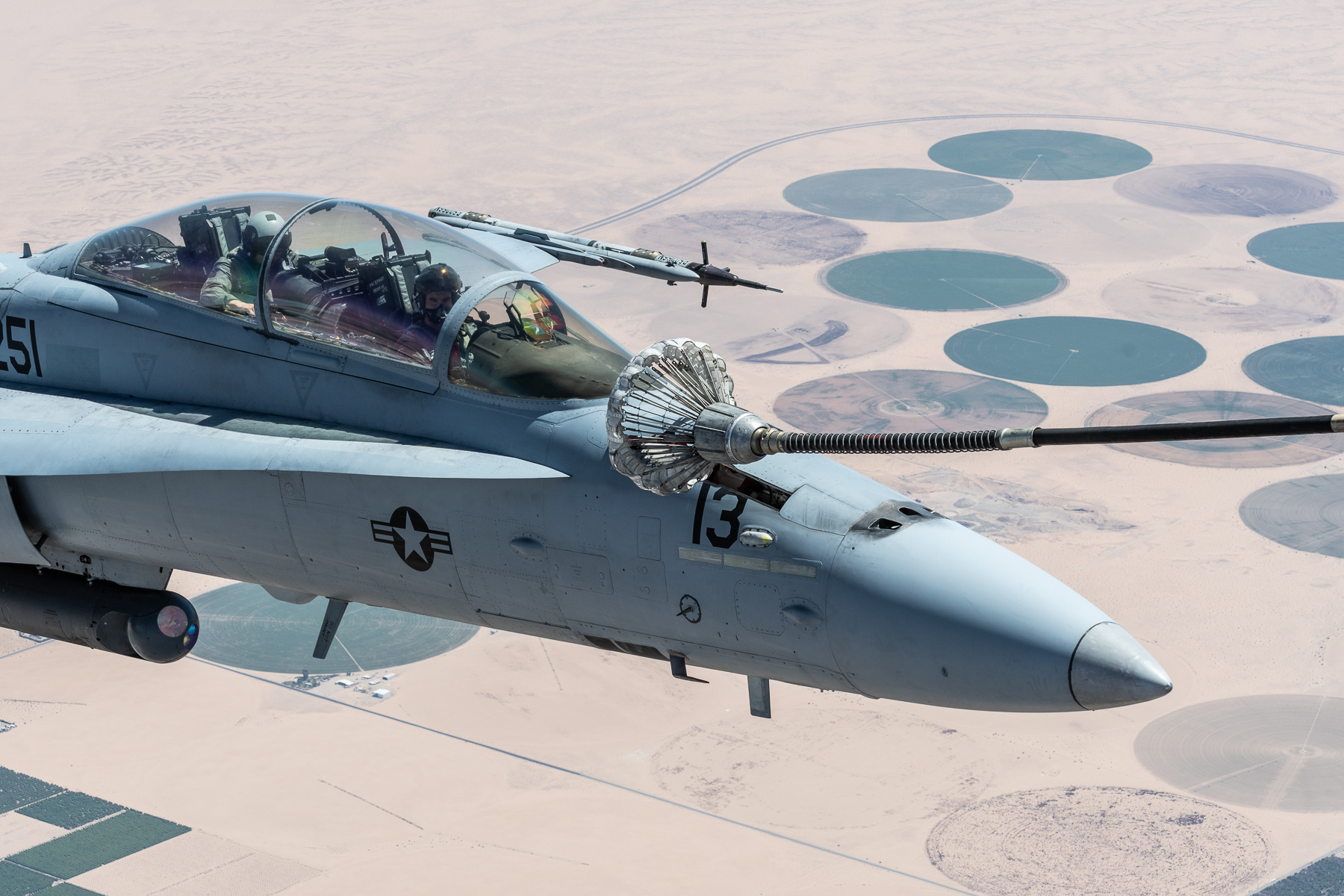 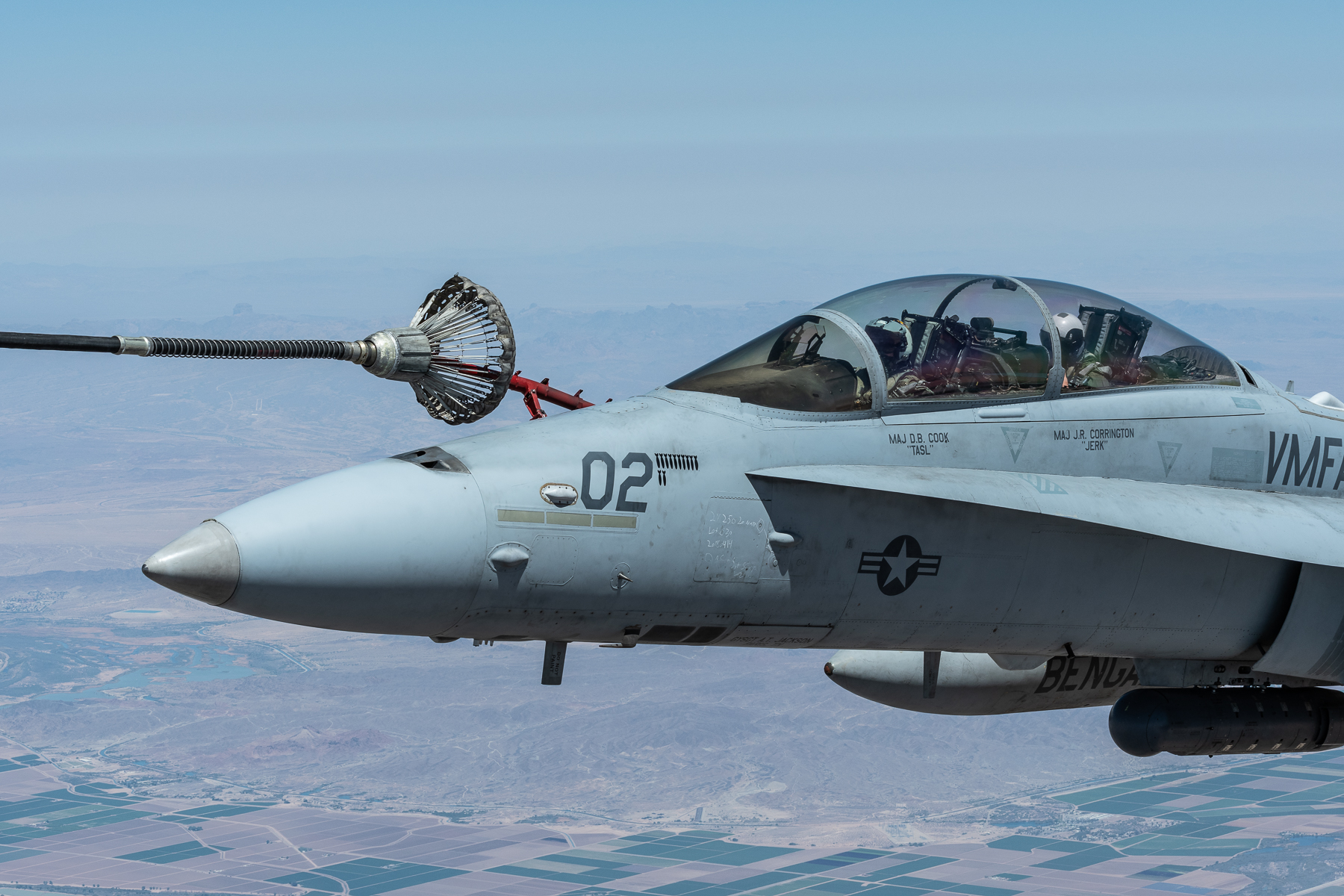 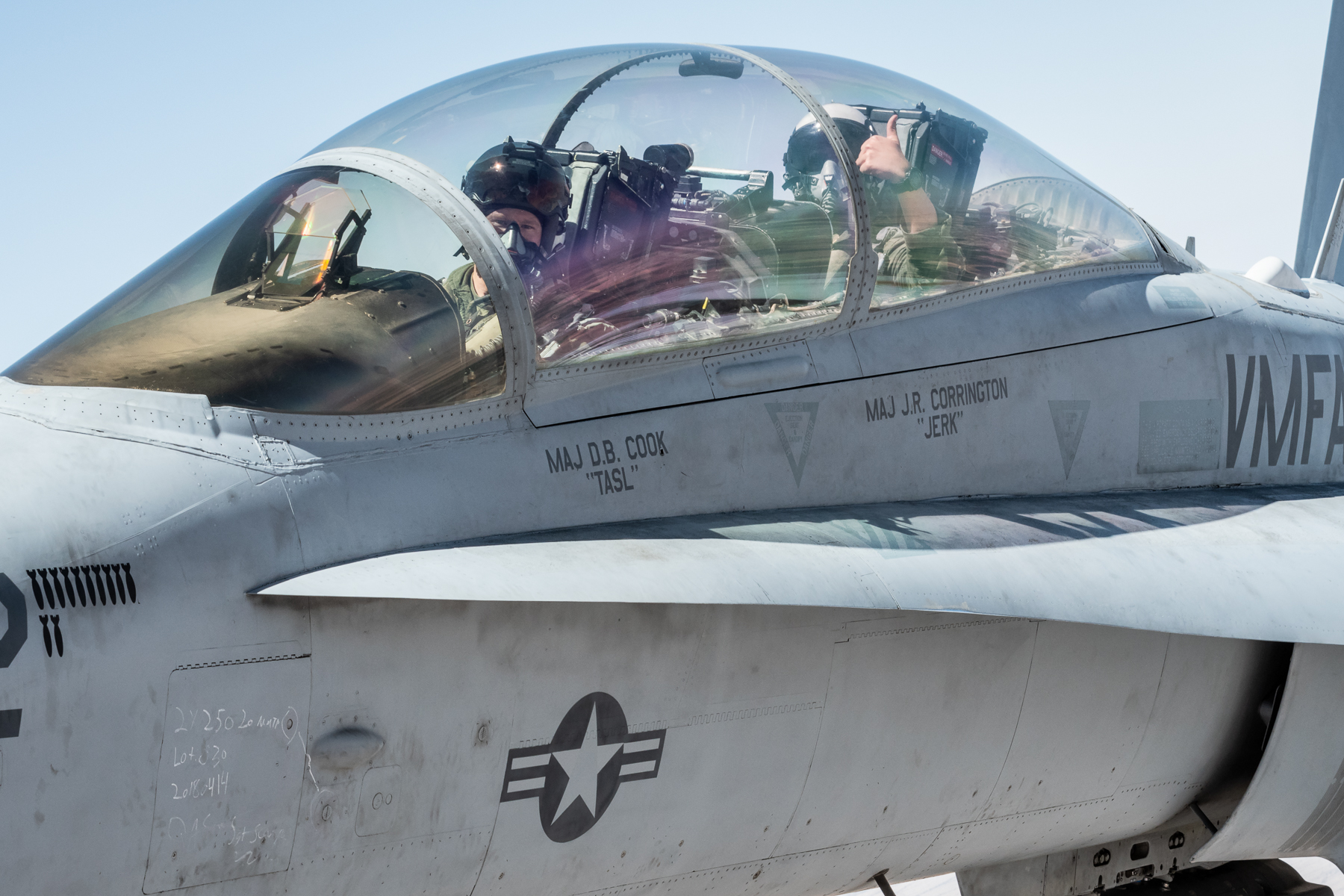 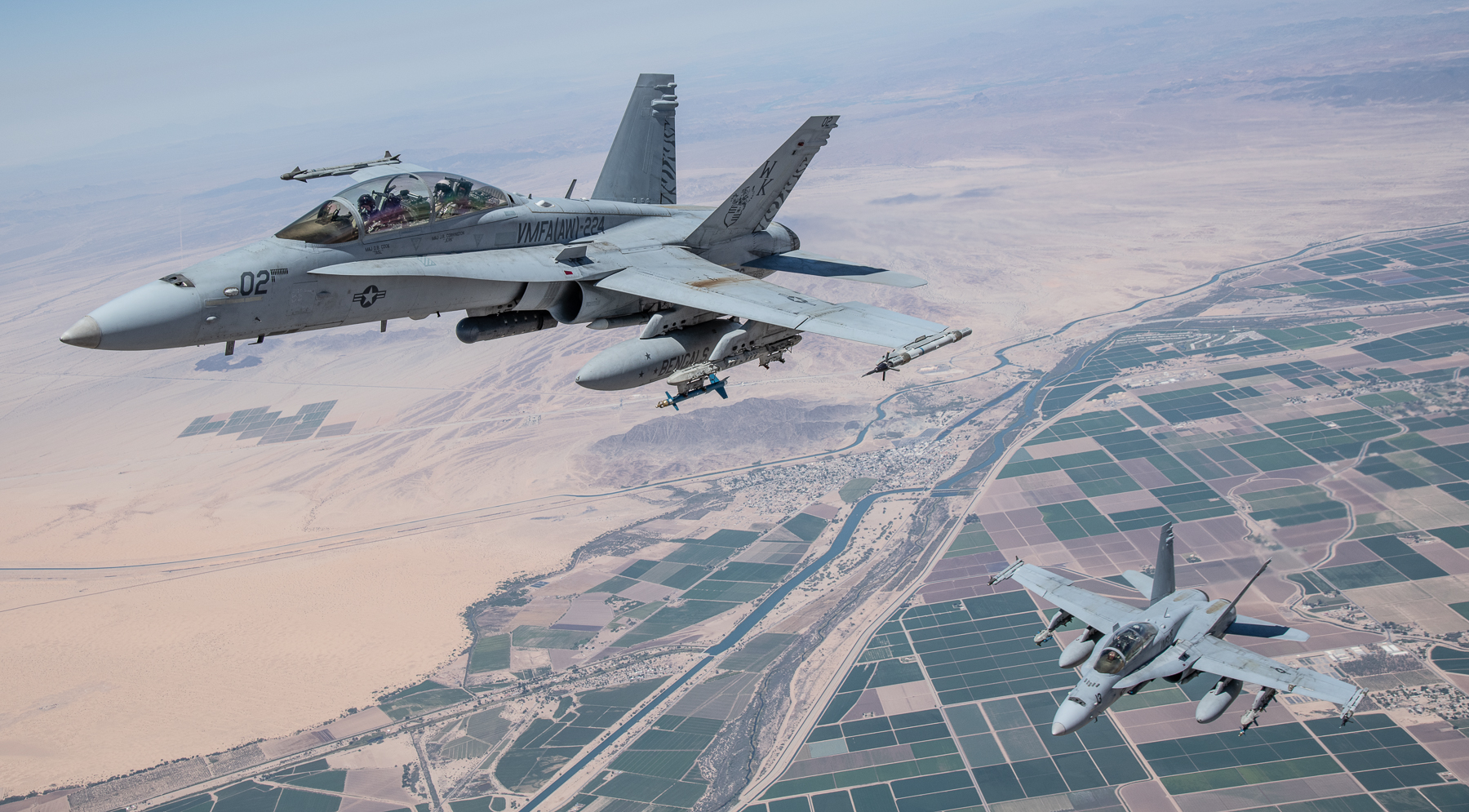 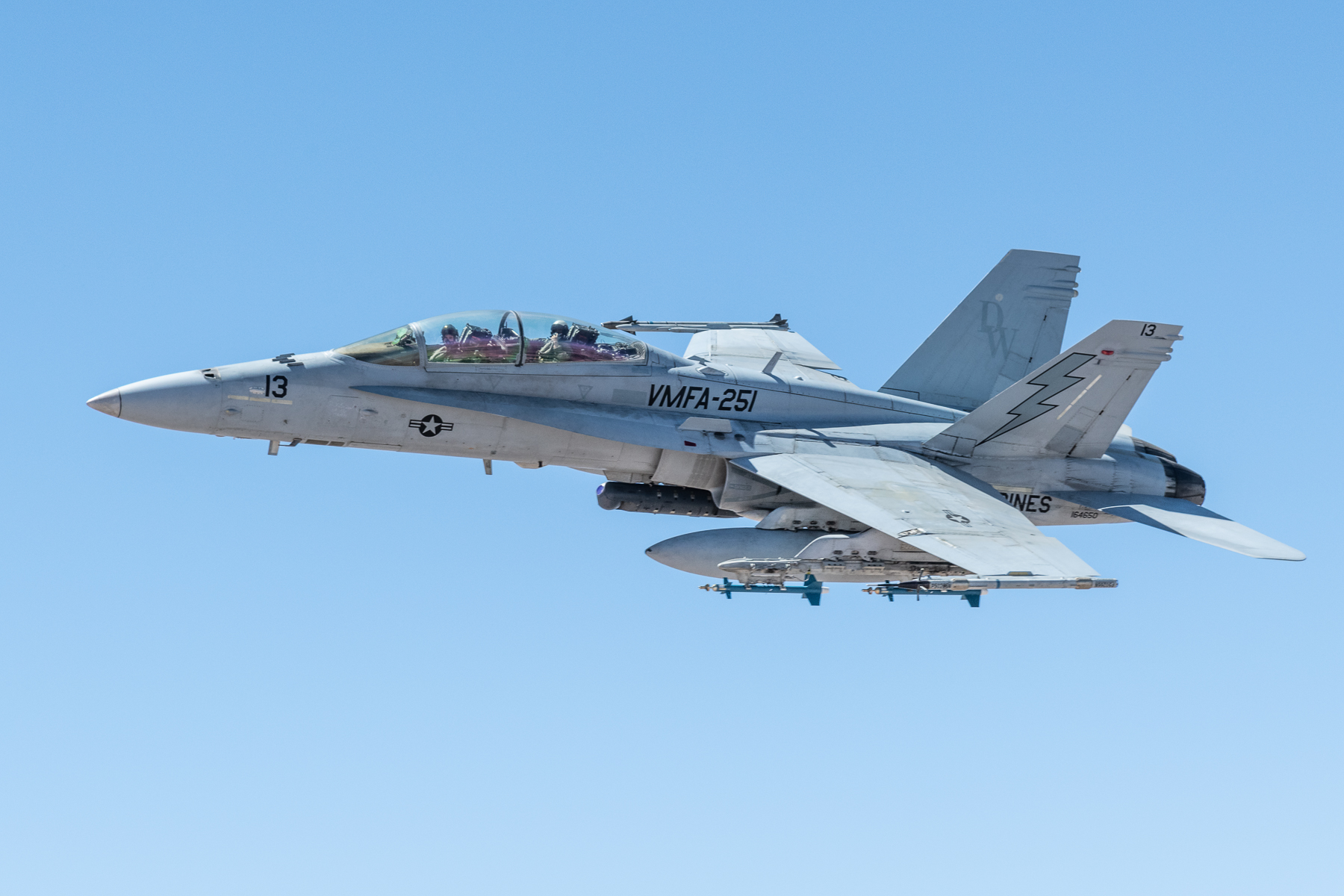 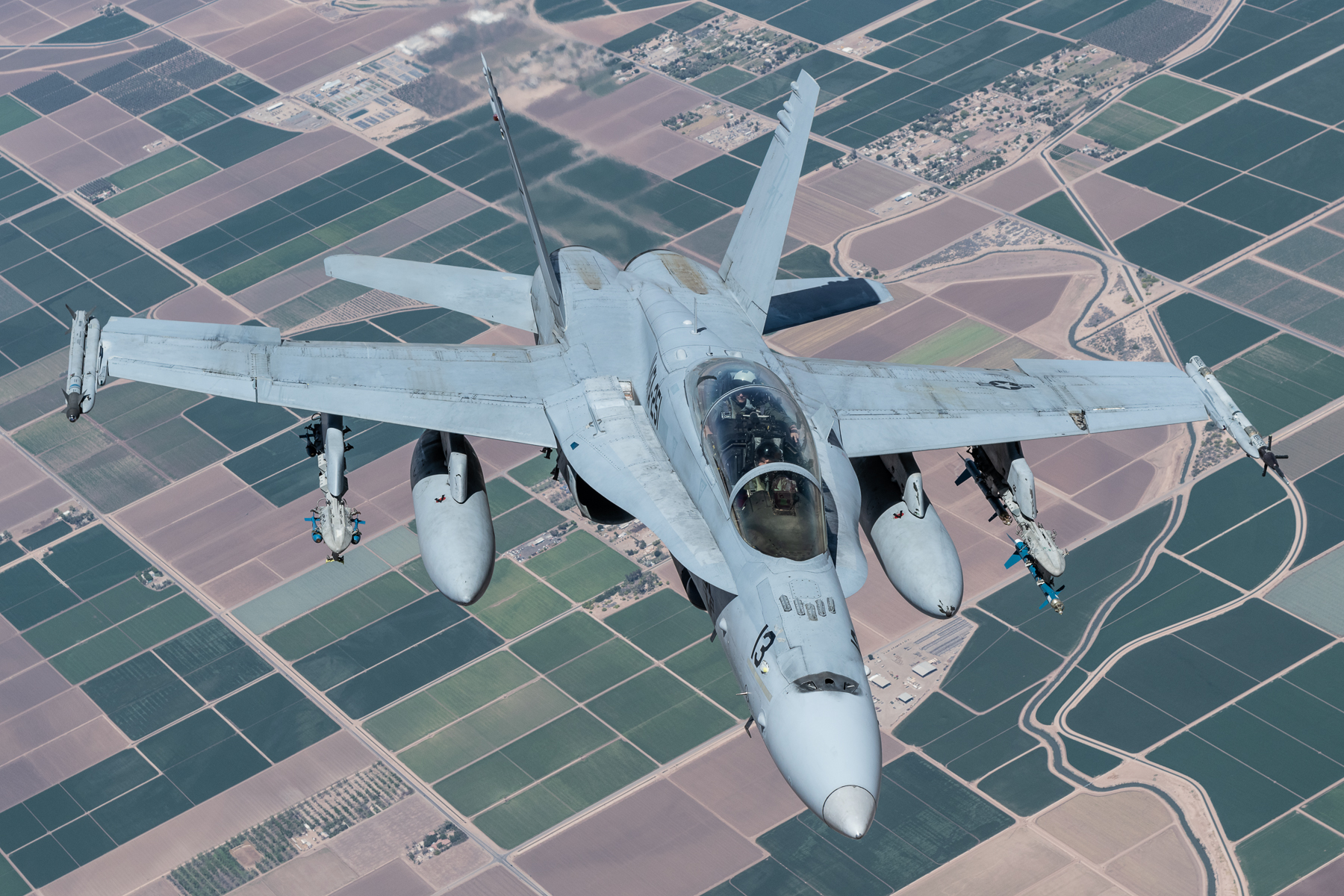 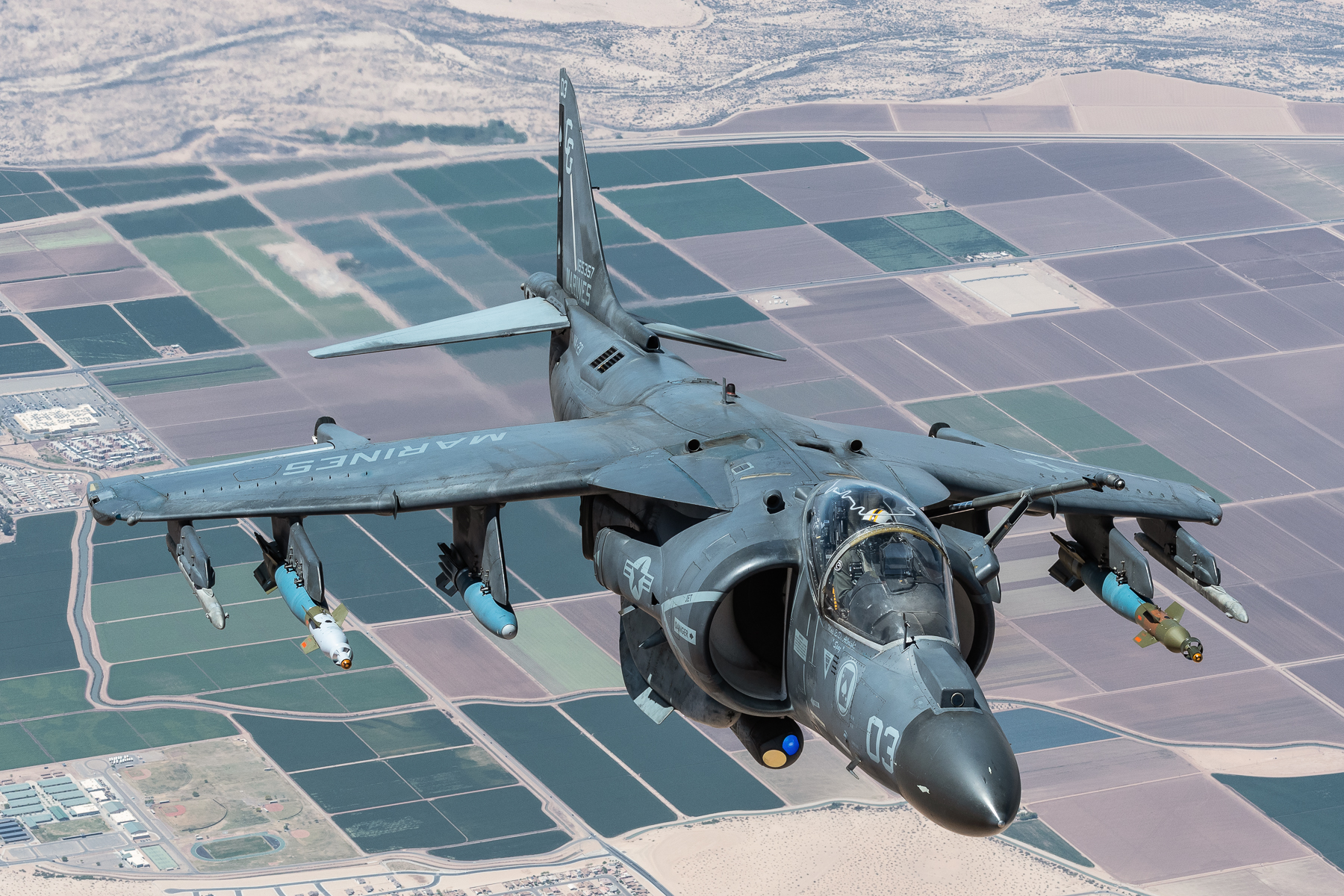