I was fortunate 3 years ago to visit MCAS Cherry Point in North Carolina with the purpose of covering the F-35. What I discovered then was one of the hardest working squadrons in the Marine Corps, VMGR 252 or as it is known in the Marine world –Team “Otis”.

This past June “Otis” celebrated its unique heritage, commemorating 90 years since it was established as the first Marine Aviation Squadron. Adding to that accomplishment, Otis has the record for flying the same airframe for the longest period of time, having continuously flown the various C-130 models since 1961.

Today, 3 years after my last visit, the Marines workload hasn’t gotten any lighter, if anything their job description has added to their already full plate. As a tribute to the versatility of their airframe, they have been constantly engaged to responding to disaster relief from Texas through the Caribbean, all the while supporting USMC tasking from Spain to Japan.  For VMGR 252 having all hands on deck is just a regular day at the office.

I was fortunate to spend some time with the Men and Women of the Squadron leading up to the 90 year commemoration. During my interviews with the personnel you could see the fervent work put in by Otis crew chiefs to get their KC-130Js back into flying status.

Lt. Col. Brendan C. Brooks is the current CO of “Team Otis”, he puts a strong emphasis at all times how dedicated his Marines are. His Marines of all types contribute to keep up with the staggering volume of operations that is required of the Squadron. Team Otis fly’s almost 7000 (!) hours per year and has a detachment deployed continuously since 2005 which multiplies the Squadron’s workload.

One of Otis’s main tasks is providing a force multiplier for Marine assets both in in the air as well as on the ground. Otis can refuel every operational aircraft in the USMC inventory.

For the Operations Officer Maj. Chuck Casey, the refueling task is a very straightforward one – keep Marine Air assets in the air longer so they can support Marines or other US Forces on the ground when called upon.

I also met Lt. Zachary Weinbaum , from Boca Raton FL. and a Pilot with Team Otis, in addition to his duties as a pilot, he holds the position of Ground Training Officer in the Squadron. To Lt Weinbaum the essence of Otis is being ready to go on short notice. During my time there the Squadron was alerted that they may have to support Marines on the West Coast, many of the Pilots were planning how to get the added mission done without impacting the missions already approved for the week.

Otis is looking forward, its platform is multi mission capable and very flexible, this means that whenever and wherever Marines are called upon – you can expect Otis to be right in the middle of it providing Marines in the air and on the ground with logistical flexibility and firepower to boot. 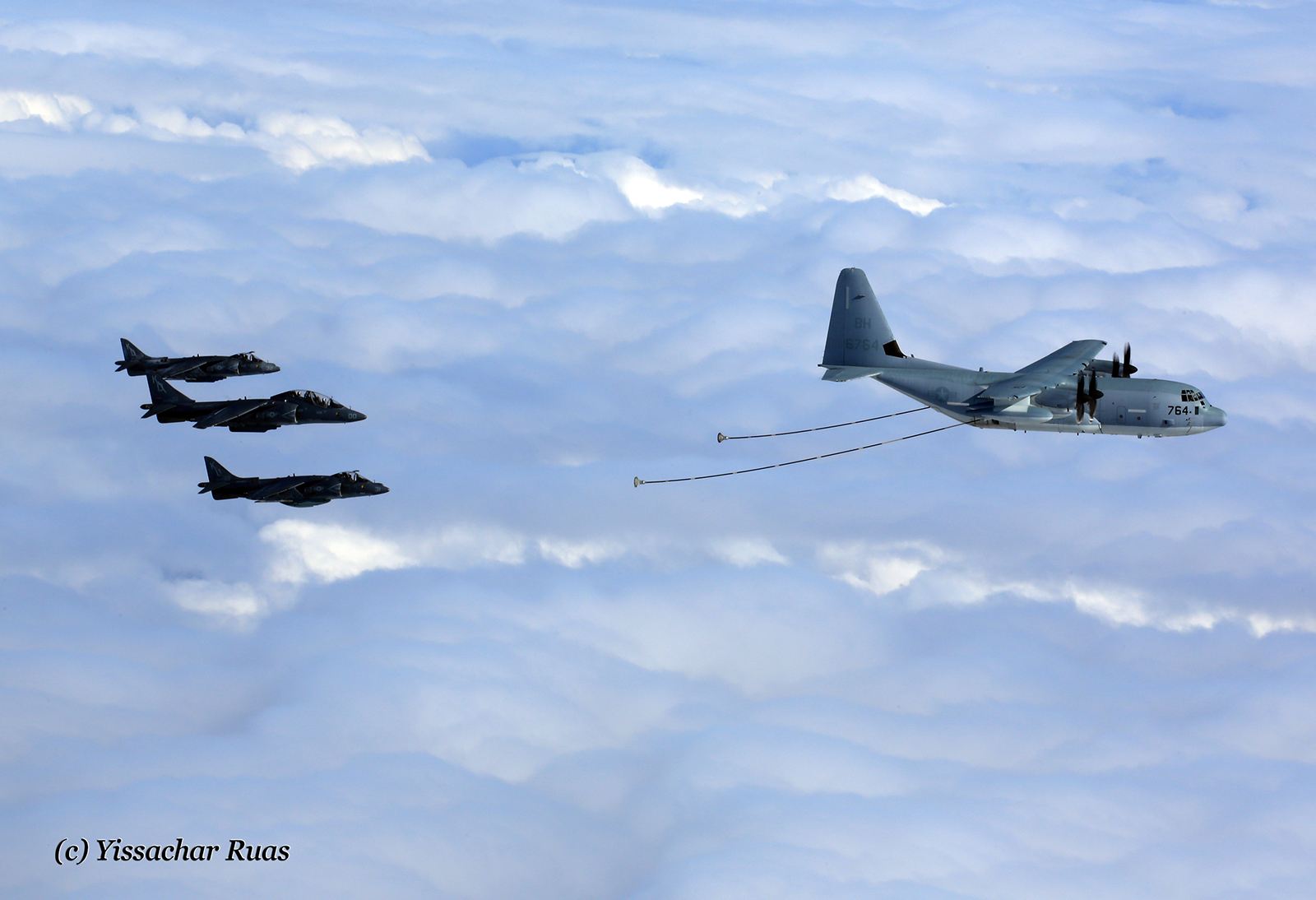 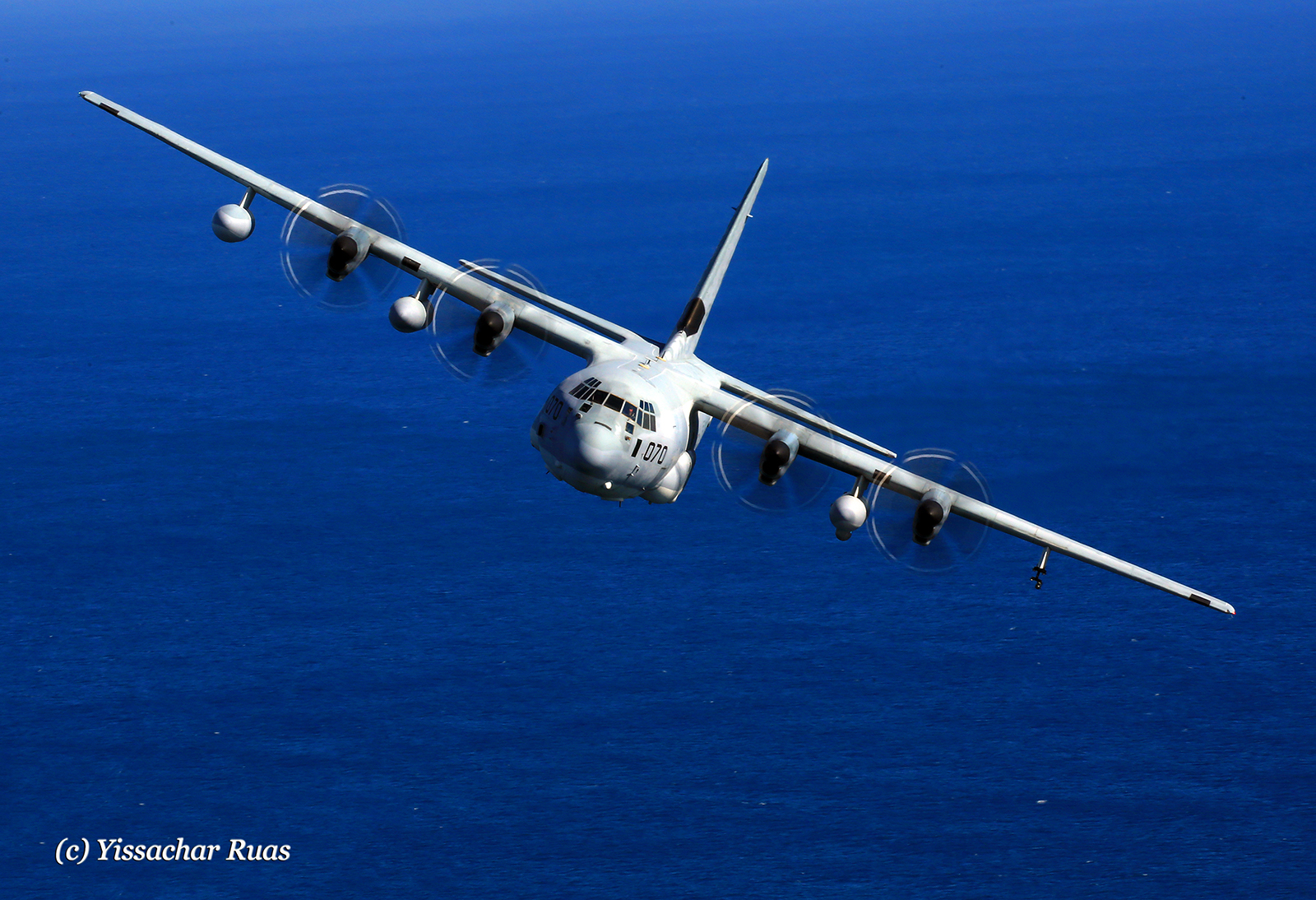 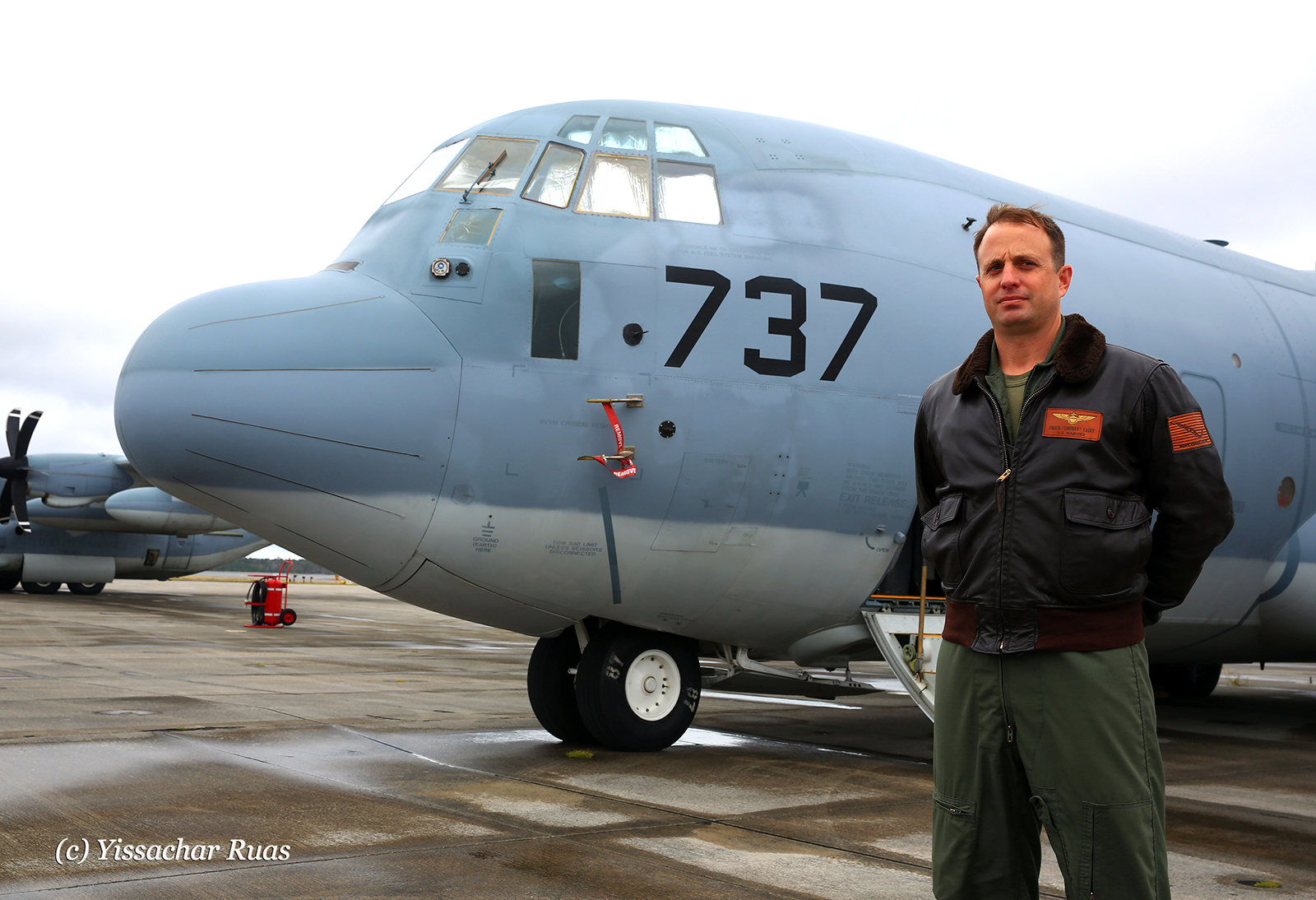