A few weeks ago, while Houston and the whole of the Southeastern area of Texas was hit hard by Hurricane Harvey, members of the US Military, National Guard and other agencies were called up to assist.

The US Coast Guard plays one of, if not the most important roles before, during and after a Hurricane hits, they are the primary force tasked with Maritime Search and Rescue or “SAR” as it is commonly known within the first responder community.

With Hurricane Irma bearing down on Cuba, the Bahamas and the Florida mainland the US Coast Guard has a critical role in ensuring the Public’s safety.

APD was fortunate enough to recently join a series of missions with crews from the largest Coast Guard Air Station in the US, USCG Clearwater Air Station located just outside Tampa Florida which is currently bracing for the storm.

USCG Clearwater has just recently provided assistance with supplies offloaded from its C-130 aircraft as well as deploying 4 HH-60 Jayhawk Crews for assistance with Search and Rescue.

Situated just north of St. Petersburg Florida, U.S. Coast Guard Air Station Clearwater covers 156,000 square miles of ocean the entire State as well as the Bahamas, its crews are involved in about 350 search and rescue incidents yearly. The Tampa area features a large amount of privately owned maritime vessels along with a significant amount of Merchant shipping. Adding to that are the cruise ships travelling around the Gulf of Mexico and the Caribbean.

Florida and more importantly the Gulf of Mexico is a known breeding ground for apocalyptic style storms. While “Game of Thrones” avid followers are familiar with the term “Winter is Coming”. The area temperatures under Air Station Clearwater’s purview aren’t likely to drop below 65f during most of the year “Winter” is always just around the corner with a tropical storm or Hurricane.

Driving during bad weather can be harrowing, flying during a Hurricane seems insane. The Men and Women of USCG Clearwater are on constant alert, ready to roll when a ship or person places a mayday or SOS call.

Flying the Jayhawk, a version of Sikorsky’s venerable and familiar Blackhawk, these crews have a basic set of tools for performing a rescue when called upon. Each crew has in addition to 2 pilots a radar technician and a diver which are tasked with conducting the rescue which in many cases involves operating the hoist to retrieve both the swimmer as well as the rescued subject. 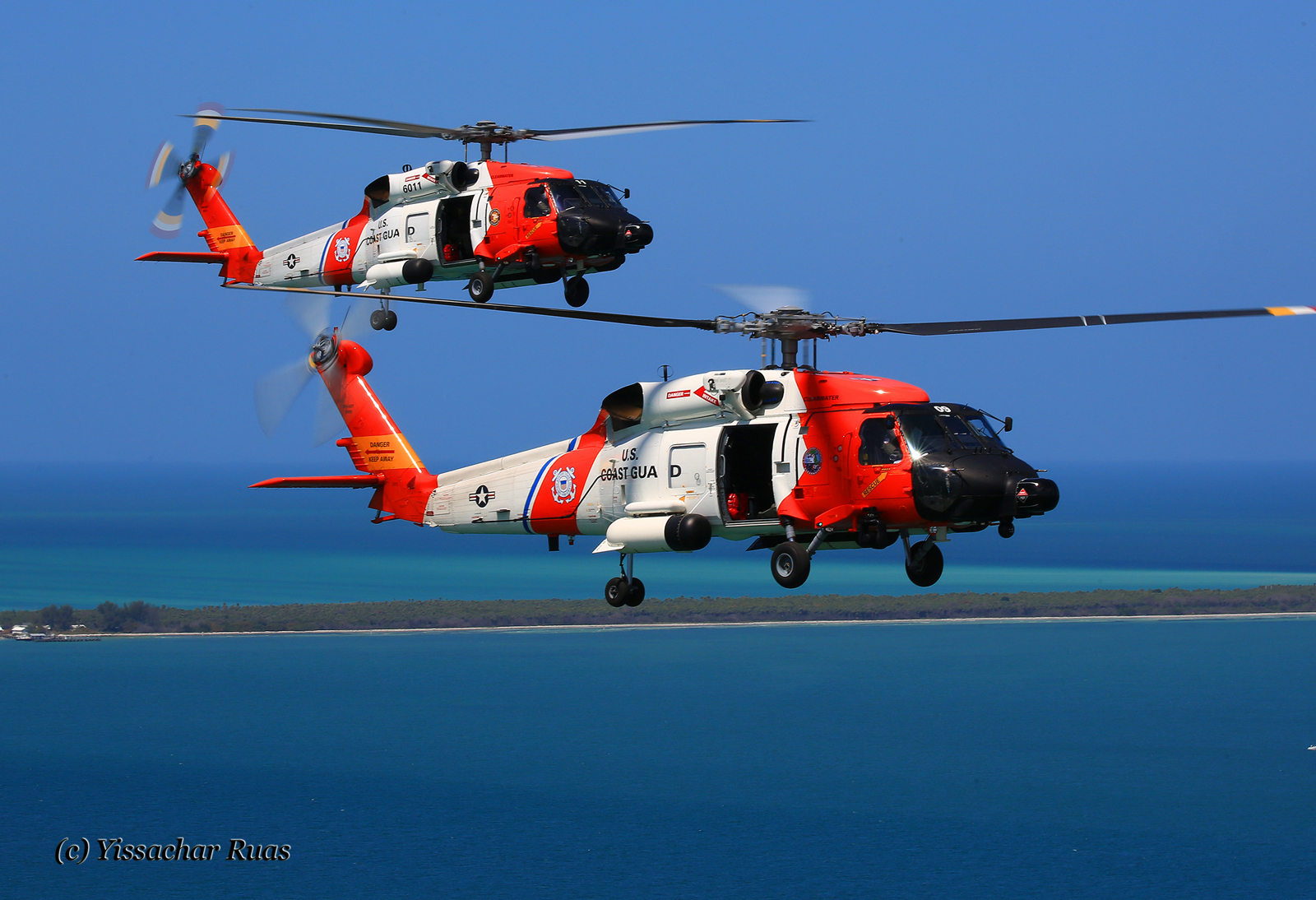 Clearwater’s HH-60 teams and Coast Guard operations demand a cohesive team effort when performing its task. Elements that include Clearwater’s rescue swimmers who literally get their feet wet and are tasked with the actual hands on the victim during a rescue. After spending a day watching them jump in to the relentless choppy ocean, it’s clear that there is a unique level of dedication attached to this particular job.

Hurricanes can present some of the Coast Guard’s most challenging operations with fighting unknown elements – a daily occurrence. In 2015 during Hurricane Joaquin, Clearwater’s HH-60s rescued 12 people who abandoned the Minouche, a 212-foot cargo Bolivian-flagged vessel, when it started sinking.

The Coast Guard is one of five branches of the U.S. Armed Forces and even though the nature of their role does not associate with daring rescue missions the nature of the job requires being an extremely qualified pilot in adverse situations.  The elements they stave off are often much more dangerous or unknown than most fighter pilots experience in today’s operational theatre.

I was fortunate in joining a team of civilian contractors in Clearwater and these men give you a good idea of what type of skill is required from Coast Guard Jayhawk crews. These three civilians are tasked with training Clearwater’s HH-60 personnel in a wide range of scenarios. The day I spent with them starts with a path out to sea from one of Clearwater’s Marinas. While it is extremely picturesque with the occasional dolphin escorting you to and from their launch site, when the weather gets bad in this area, as it will next week, the crews may see life threatening action in a hurry. The captain of the boat is an ex-Army vet named Mike Zornes, also known as the “Pirate Captain,” which is emblazoned on his shirt. While Zornes captains the boat and directs it to station, two other members of the crew are on deck engaging with the Jayhawk aircrews on a slew of missions related to what you might encounter on a regular day or in the middle of bad weather. These missions include the Jayhawks delivering pumps to a simulated stricken ship, lowering a basket for evacuation, and dropping a diver onto the boat. One of the fascinating exercises featured the Jayhawk maneuvering our idle boat into position using only its rotor wash, something which the aircrews train for in event they encounter a boat with engine problems.

While one of Clearwater’s Jayhawk aircrews trains with us, a couple of kilometers South another Jayhawk  practices lowering the rescue swimmer into the ocean via a hoist and hover just above the water with a rescue swimmer jumping in untethered.  The pair of Jayhawks then switch roles in an effort to maximize training events. The co-pilot of this particular helicopter is Lt Rachel Post, who in addition to flying the Jayhawk is a mother of one and has another one on the way. While female pilots are far from uncommon in the U.S. Armed Forces, active duty while expecting is definitely a good example of just how capable these women are.

Before concluding my foray to Clearwater, I was fortunate to catch up with CAPT. Edward Sandlin, as the Commander of the Coast Guard’s largest Air Station he is constantly appraised on the various missions his crews are involved in at all times and I managed to get his viewpoint on how he sees Clearwater’s mission during the short time I was there:

“As the Coast Guard’s largest aviation unit, Air Station Clearwater is constantly busy with law enforcement and search and rescue missions.  This last year alone we prosecuted 320 search and rescue cases that saved or assisted over 200 lives and responded to two major hurricanes within the Bahamas, northern Caribbean, and Florida.  Clearwater’s official area of responsibility covers the waters around the entire Florida peninsula and the whole of the Bahamas, but we also perform missions in the eastern Pacific, Gulf of Mexico, and hundreds of miles out into the Atlantic.  Our ability to continually succeed despite the year-round high operational tempo is driven by our outstanding workforce.  The unit’s aviation cadre, consisting of pilots, flight crews and maintenance personnel, have a passion for the mission and strive for excellence in every aspect of their work.  Our unit support personnel are absolutely phenomenal and their work is critical to our operational successes.  The men and women of the air station are incredibly dedicated and never cease to amaze me with their professionalism and flexibility in the execution of our Coast Guard missions; they fully embody our unit’s motto of “Anytime, Anywhere.”

While the seasons may change in the Southern most coast of the US, it is apparent that the Men and Women of Clearwater are constantly working to stay fit for their next task be it SAR or any mission set they are otherwise tasked with, we pray for their safety in particular in the challenging weeks ahead. 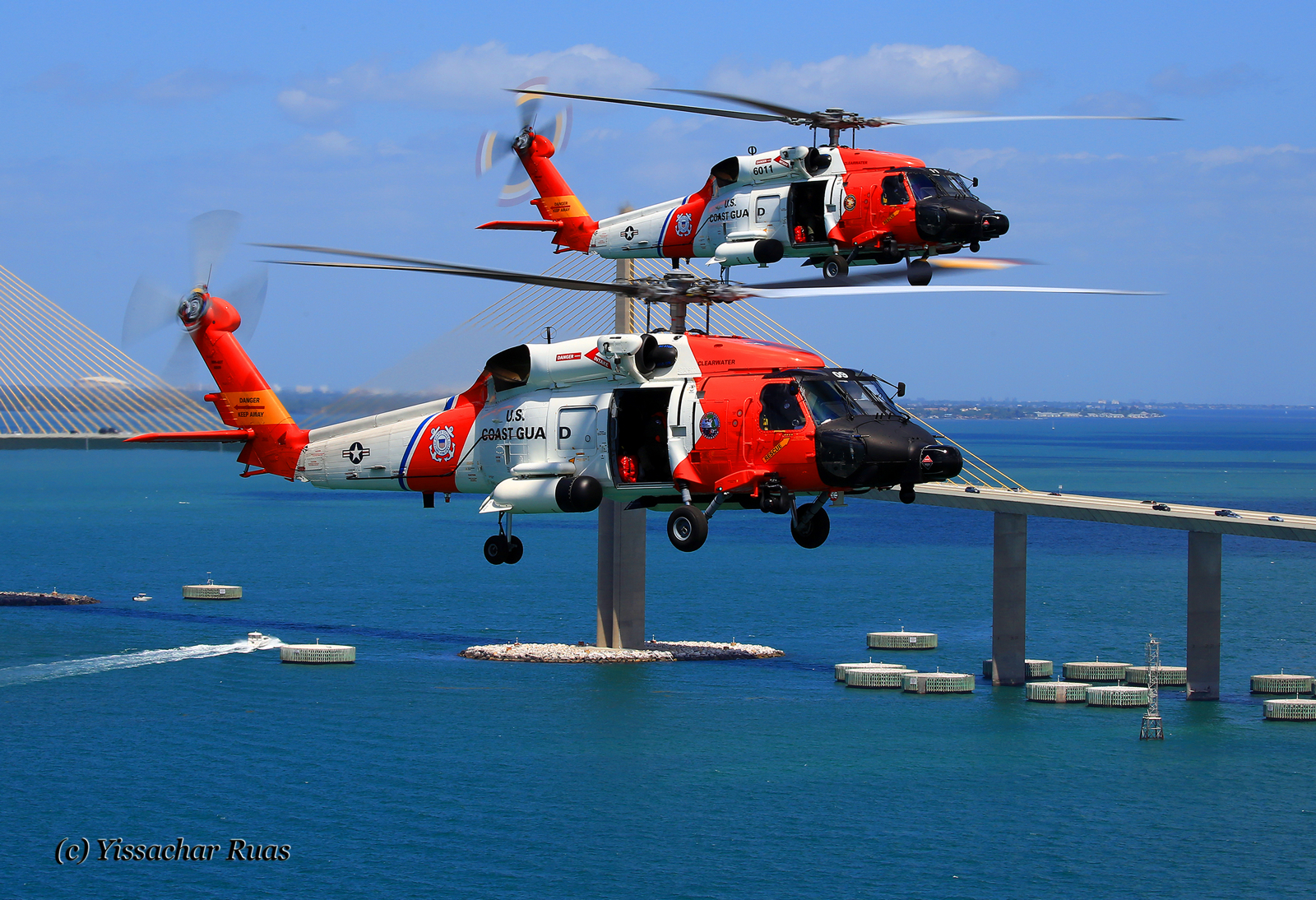 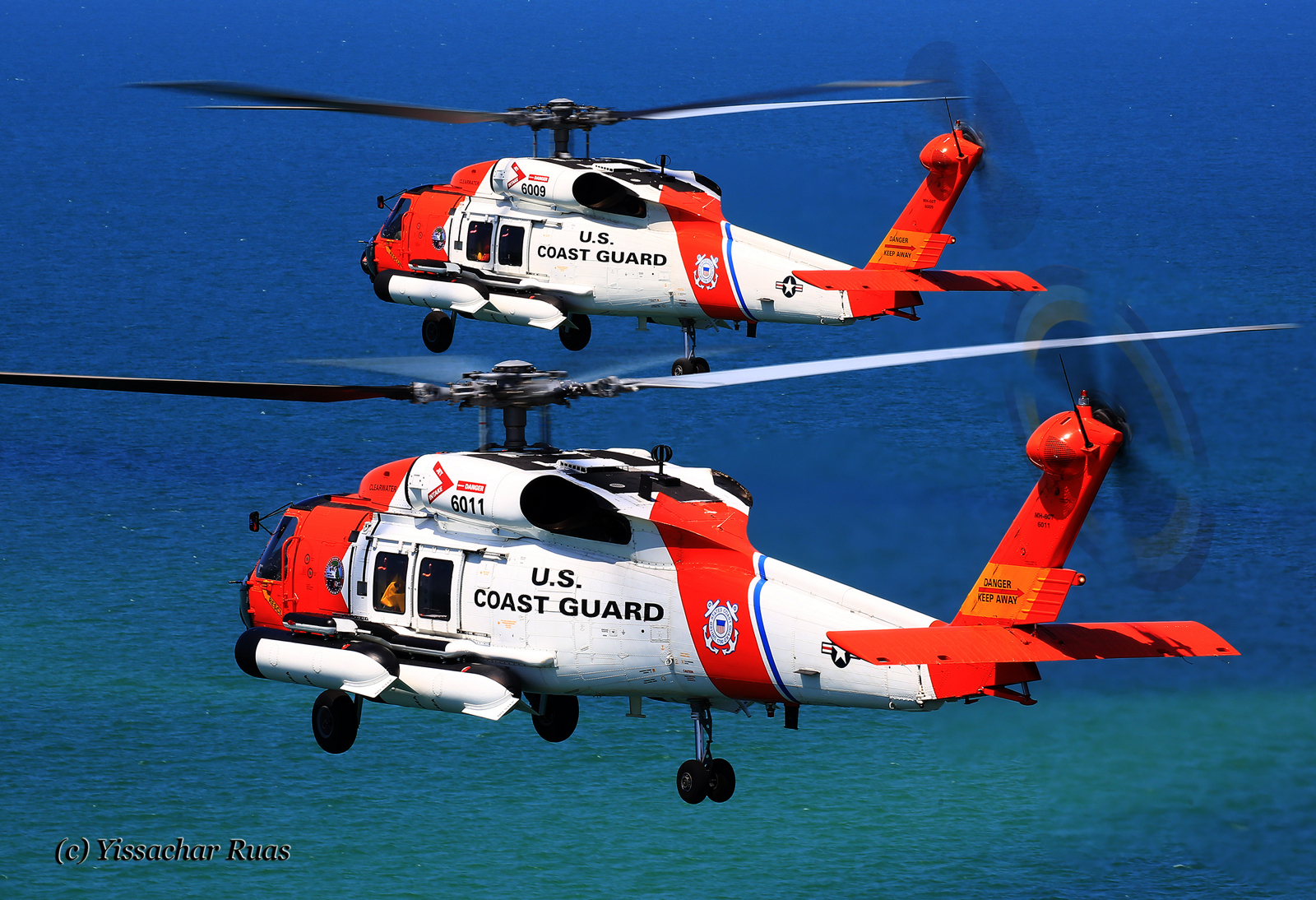 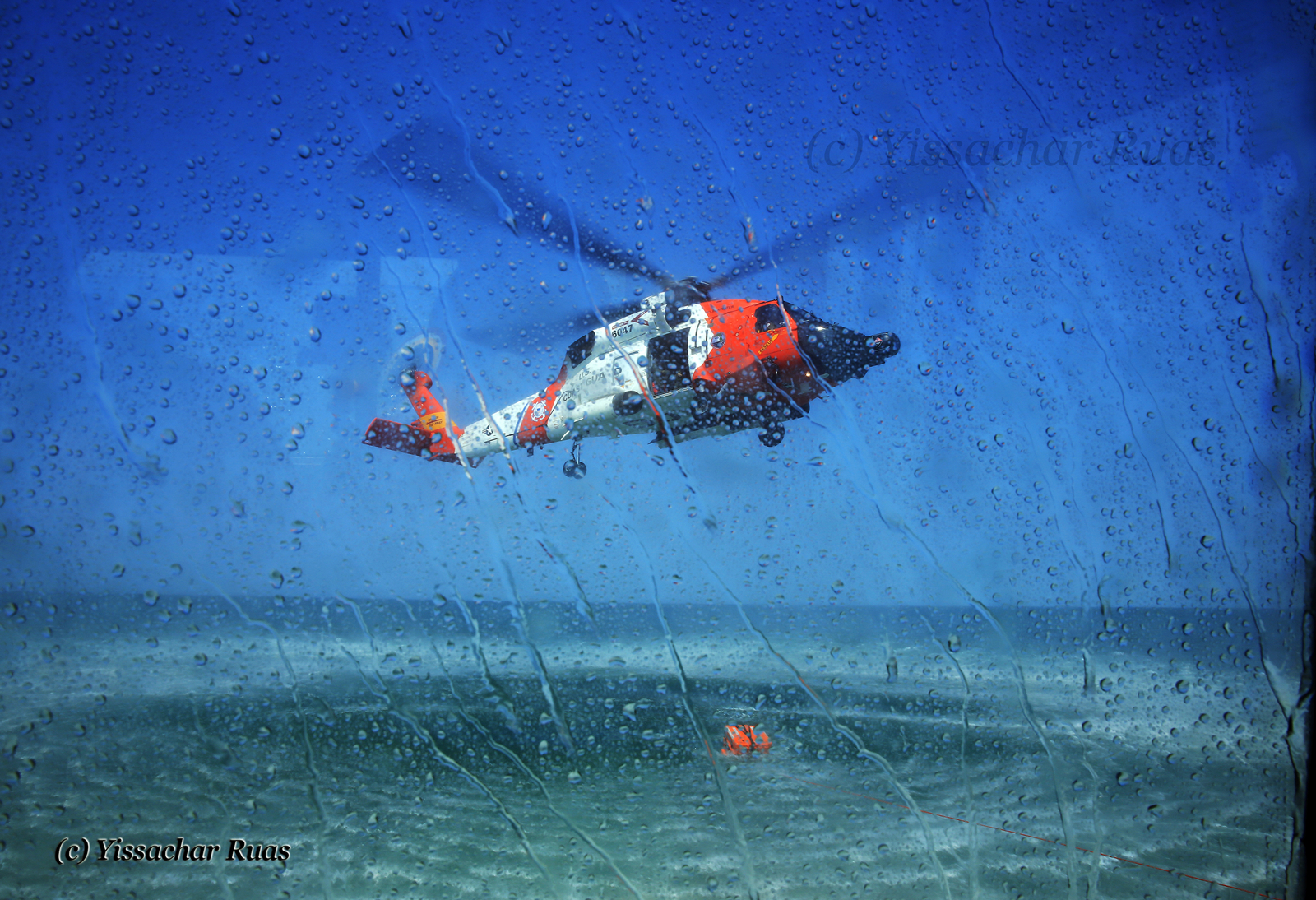