The biennial Tyabb Airshow located South East of Melbourne, Australia took place this year on the 13th of March and while always well attended, this year saw it exceed expectations with a crowd of approximately 15,000.

Unfortunately the weather was not on our side, but this did not deter the crowds from staying away. One of the star attendees of the event Paul Bennet Airshows were well represented with their Grumman TBM-3 Avenger (VH- MML), as well as their Sky Aces Aerobatic team Wolf Pitts Pro and Pitts Special S1S. 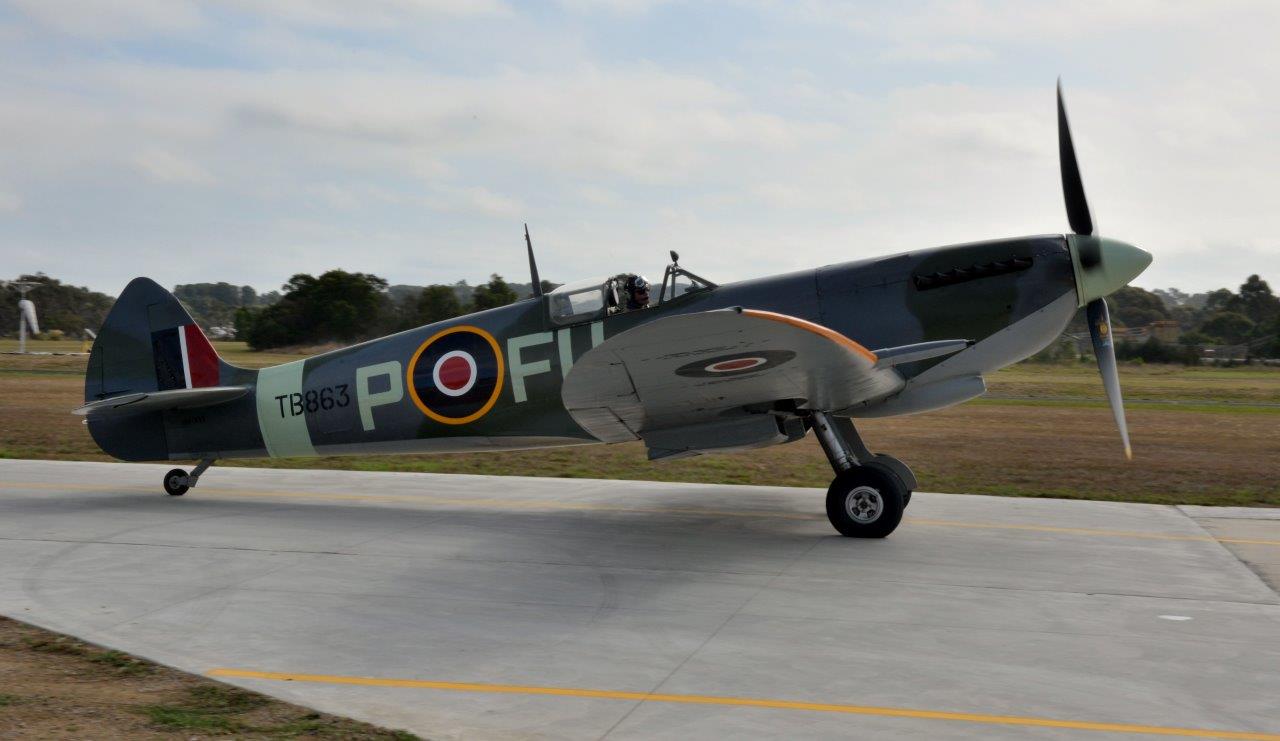 The Australian Defence Force showed their commitment to community engagement highlighting different aircraft such as the Royal Australian Navy which had one of their Bell 429 Helicopters (N49-047) as well as the Royal Australian Air Force Boeing C-17A Globemaster III (A41-206) which was wearing the White Ribbon (Domestic Violence Initiative) Banner. The giant air-lifter flew all the way in from RAAF Base Amberly about a 2 hour flight time from Base to airshow and another 2 hour flight back again.

One of the highlights everyone was excited to see during the show was to see Graham Hosking’s Chance Vought F4U-5N (VH-III) Honduran Air Force Corsair doing its display, a great aircraft and a relatively new Warbird to grace the Australian skies. It was also great to see 4 Ryan aircraft flying in formation which is great for the enthusiasts gathered to witness this aviation history gracing the skies. 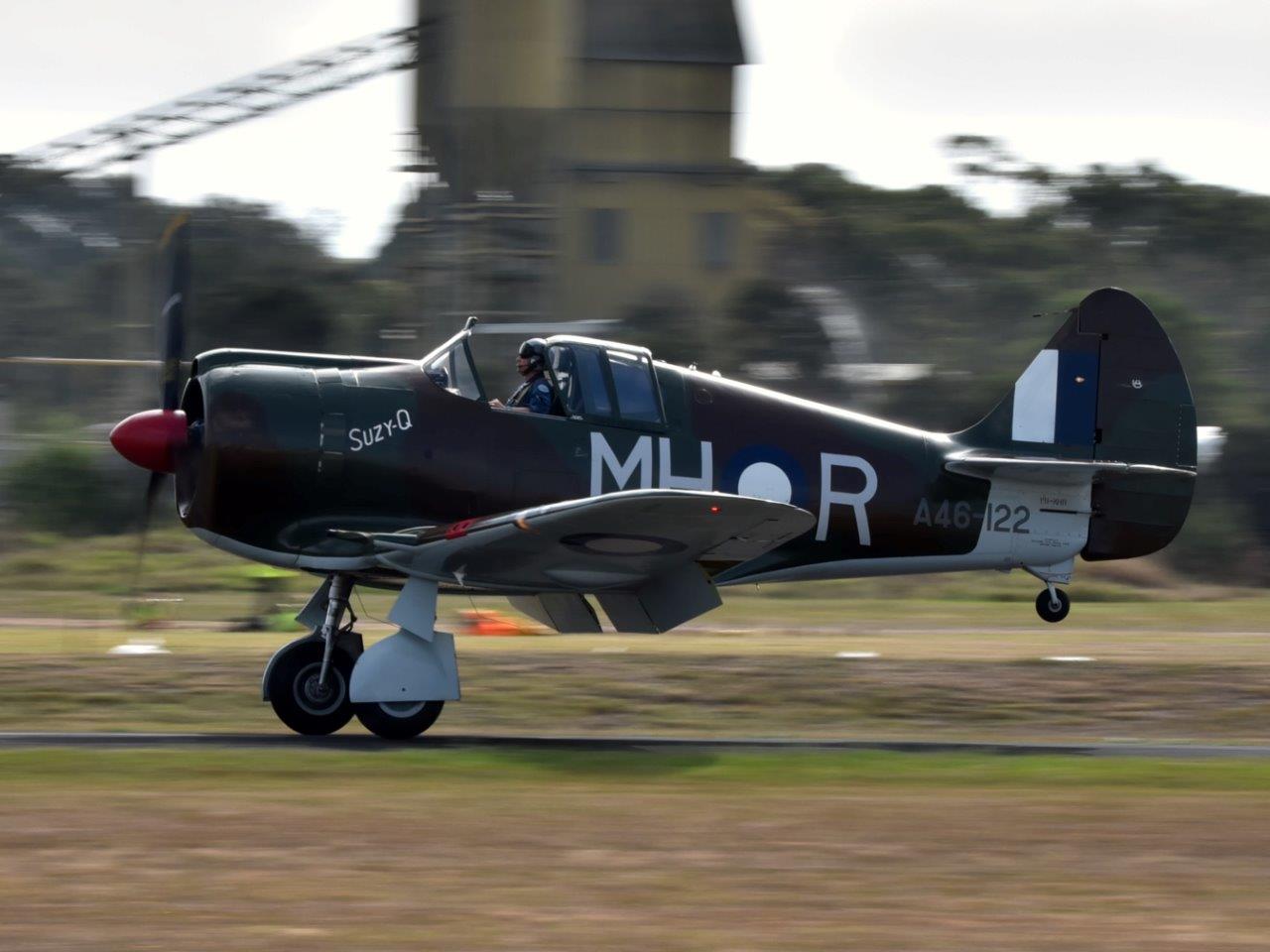 The aerobatic team the ‘Southern Knights’ were as usual well represented with their 4x T-6 Harvards, this team have have been around for a long time and are a stablemate to any airshow flying program as they showcase a great display. World War 1 Warbirds were also well represented with displays filled by the RAAF Base Point Cook Museums Sopwith Pup-VH-PSP/D4170 and the privately owned Sopwith Snipe-VH-SNP/E8050.

Another highlight of the show was to witness Temora Museum’s Spitfire’s Mk VIII- (VH-VET/A58-758) and Mk XVI- (VH-XVI/TB863) displaying together for the first tideway from their home base in New South Wales Temora also brought their rare and unique CAC Boomerang (A46-63) also completed a fantastic line up and display. Judy Pay from the Old Aeroplane Companies had a lot of her ex military warbirds on display as well from the rare P-40F Kittyhawk-41-14112 (VH-HWK), and a crowd favourite at any airshow the Australian version of the P-51 the CAC CA-18 Mustang (A68-105/VH-JUC) in RAAF 3 Squadron markings. 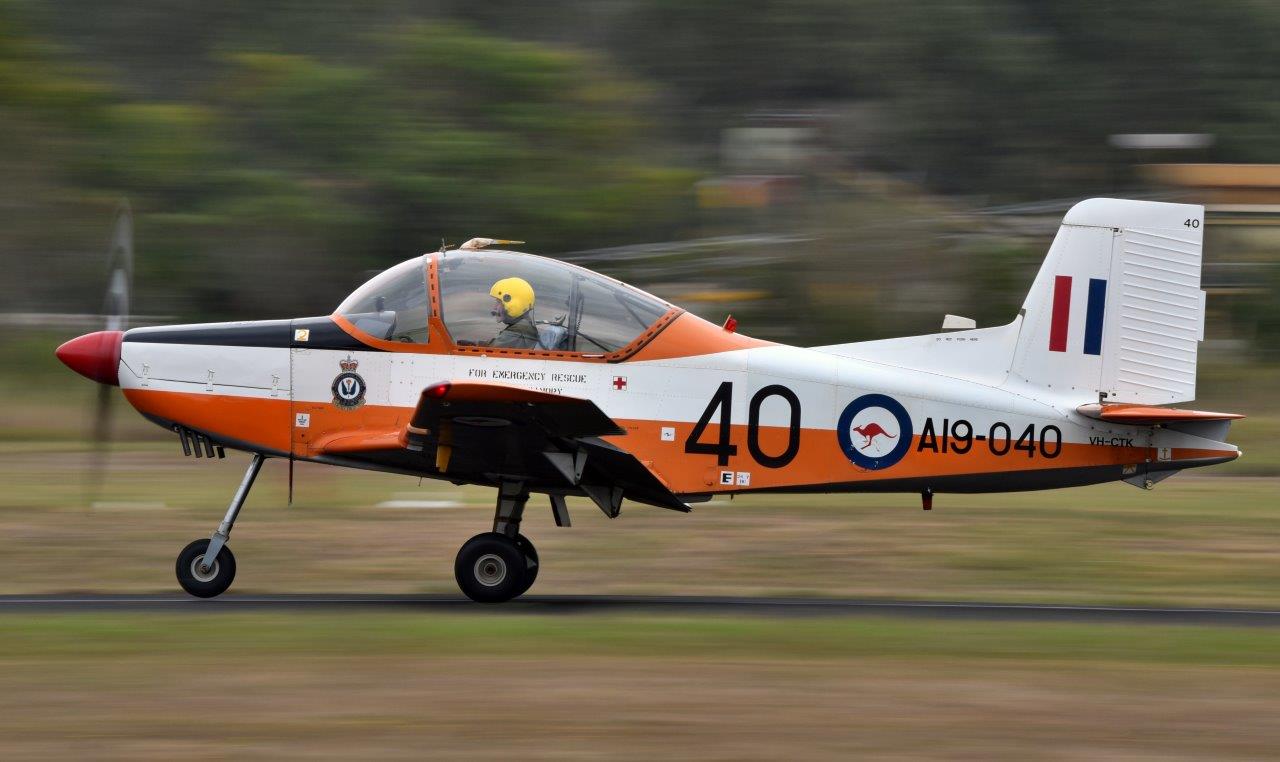 A usual participant of this show and a regular around Tyabb was Rob Fox with his Bird Dog VH-FXY, plus one other Bird Dog VH-FAC. It was nice to see the ex RAAF Wirraway A20-722/VH-CAC and the Vultee BT-13- (1151BT/VH- JKV) share the same airspace.

The finale to the show was where nearly 90% of the aircraft from the flying display throughout the day partook in a mass formation flypast. The very end of the show took most of the crowd by surprise with a huge explosion of the massive wall of flame, bringing a great day to an end which was all handled by volunteers from the Peninsula Aero Club, big thanks to them for a great day out.