As part of NATO’s plan to bolster its collective defence posture, the Vermont Air National Guard 134th Fighter Squadron which mainly conducts the Suppression of Enemy Air Defences (SEAD) role will take over the mission for Hill Air Force Base’s 388th Fighter Wing, which has been executing the coalition’s air policing mission since their initial arrival on February 16 in the U.S. Governments efforts to curb Russian aggression against Ukraine and other countries in Eastern Europe.

The deployment of the 158thFW sees around 100 personnel from the Air National Guard unit deploy to Germany being supported by United States civilian aviation operators  such as Omini Air 767 and National Airlines 747 aircraft. 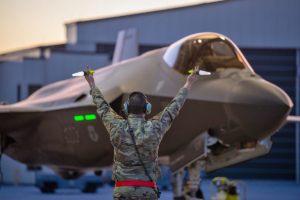 The deployment comes after the unit achieved Full Operation Capability with the F-35 earlier in 2022, the ‘Green Mountain Boys’ as they are affectionately known as, became the first Air National Guard unit to operate the F-35A after switching aircraft operations from the General-Dynamics F-16C/D Block-30 Fighting Falcon back in September 2019.

Over the past two and a half months, F-35 aircraft, aircrew, and support personnel have forward deployed to Baltic Sea and Black Sea regions to enhance NATO security and stability while supporting NATO’s Enhanced Air Policing.

Hill AFB 34th Fighter Squadron equiped with F-35A Lightnings and apart of the 388thFW deployment since early February have been noted deployed to NATO bases in Estonia, Lithuania and Romania and have been spotted with their transponders on over Poland being supported by USAF KC-10A Extenders, KC-135R/T Stratotankers and NATO KC-30A Multi Role Tanker Transports and have been regularly found by aviation spotters on Flight Radar 24 obviously letting their adversaries know where they are on purpose.

The continuation of the F-35 mission gives Air National Guard Airmen the opportunity to continue the regular touchpoints and routine training integration with U.S. Allies and partners throughout Europe. 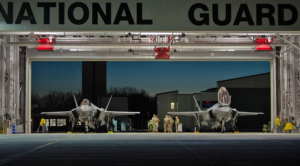 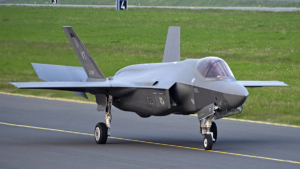