Report and photos by Łukasz Lipka

This year’s edition of the largest exercise of the Spanish Air and Space Force (Ejército del Aire y del Espacio) took place in the Canary Islands with most of the activities taking place at Gando Air Base located in the Gran Canaria island. SIRIO 2022 was held from the 17th to the 28th of October and was organized by MACOM (Combat Air Command).

The annual exercise SIRIO is the most important training exercise at the national level of the Spanish Air and Space Force which is held every year in a different location. It serves to train and assess combat air units, combat support units and the command and control system, in order to ensure their operational readiness. This year’s edition had even more significant meaning as it was the first time that the different participating units of the Spanish Air and Space Force have undergone the evaluation of capabilities related to special operations, according to NATO’s SOFEVAL program. This evaluation has been carried out by a national team and certified by a NATO team, made up of personnel belonging to the NATO Special Operations Headquarters. 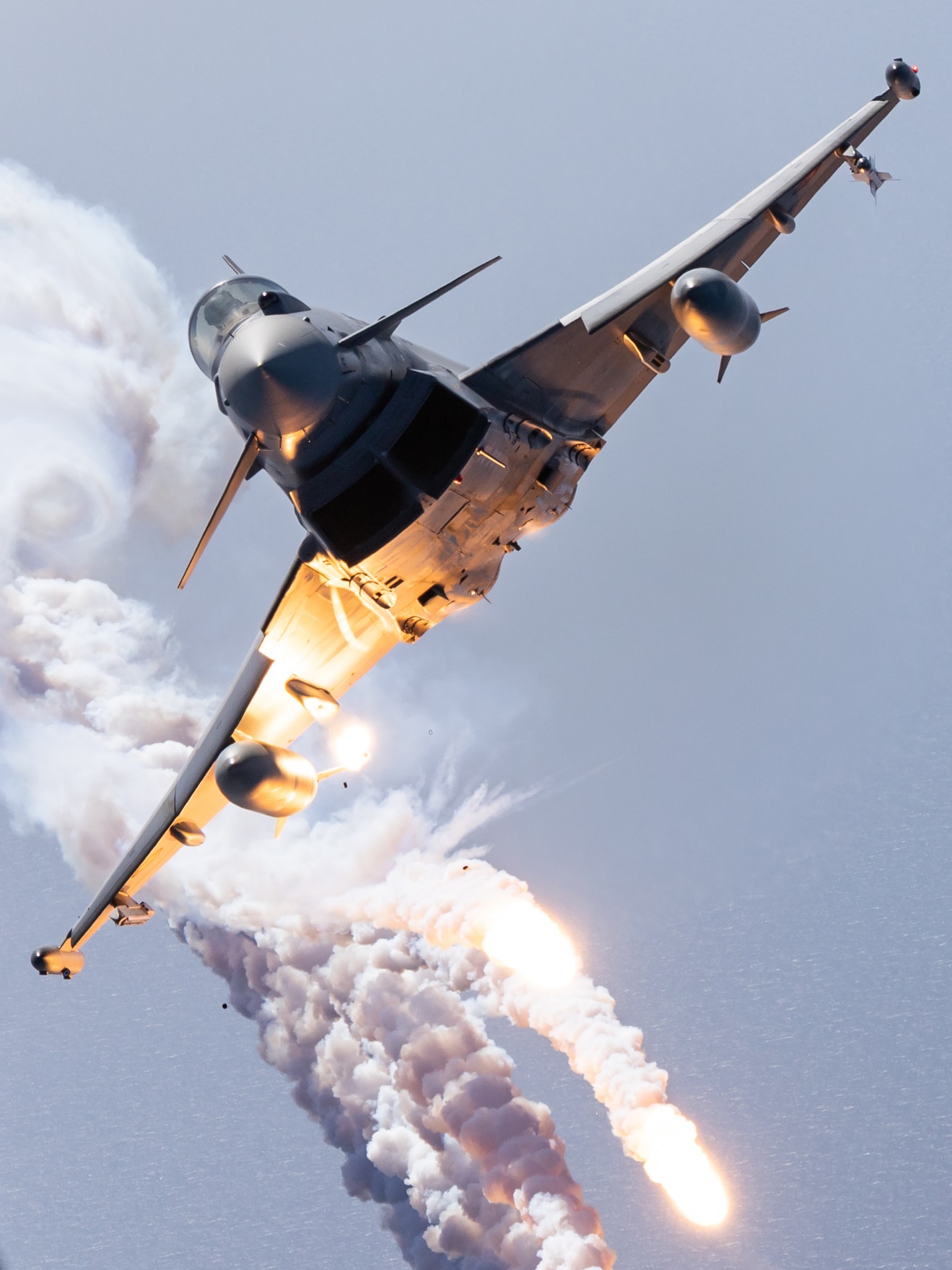 Eurofighter Typhoon (C.16) from ALA 11 based at Morón de la Frontera dispensing flares over Atlantic Ocean near Gran Canaria.

In combination with SIRIO, the EART 2022 (European Air Refuelling Training) exercise was held at Lanzarote Air Base (Aeródromo Militar de Lanzarote). In total 3 tankers took part in the exercise – French Air Force A330 MRTT, Italian Air Force KC-767A and A310 MRTT of Royal Canadian Air Force. Altogether they flew 30 sorties during 10 days, delivering 380 tons of fuel to support missions of the Spanish Hornets and Typhoons during SIRIO 2022.

SIRIO is a very complex exercise in itself but this year’s edition included some new challenges as well. Organization of such an exercise in the Canary Archipelago requires more logistical work, both for the transfer and maintenance of all aircraft as well as for all participating personnel. Carrying out this exercise is extremely important for the Air and Space Army to fulfil its operational goals. Ejército del Aire y del Espacio, in addition to the mission of defending the national airspace sovereignty, must secure the high level of training of its units to be able to deploy for any determined operations. Exercises like SIRIO help to activate all the capabilities of the Spanish Air and Space Force so they can be mobilized anytime for a real operation. 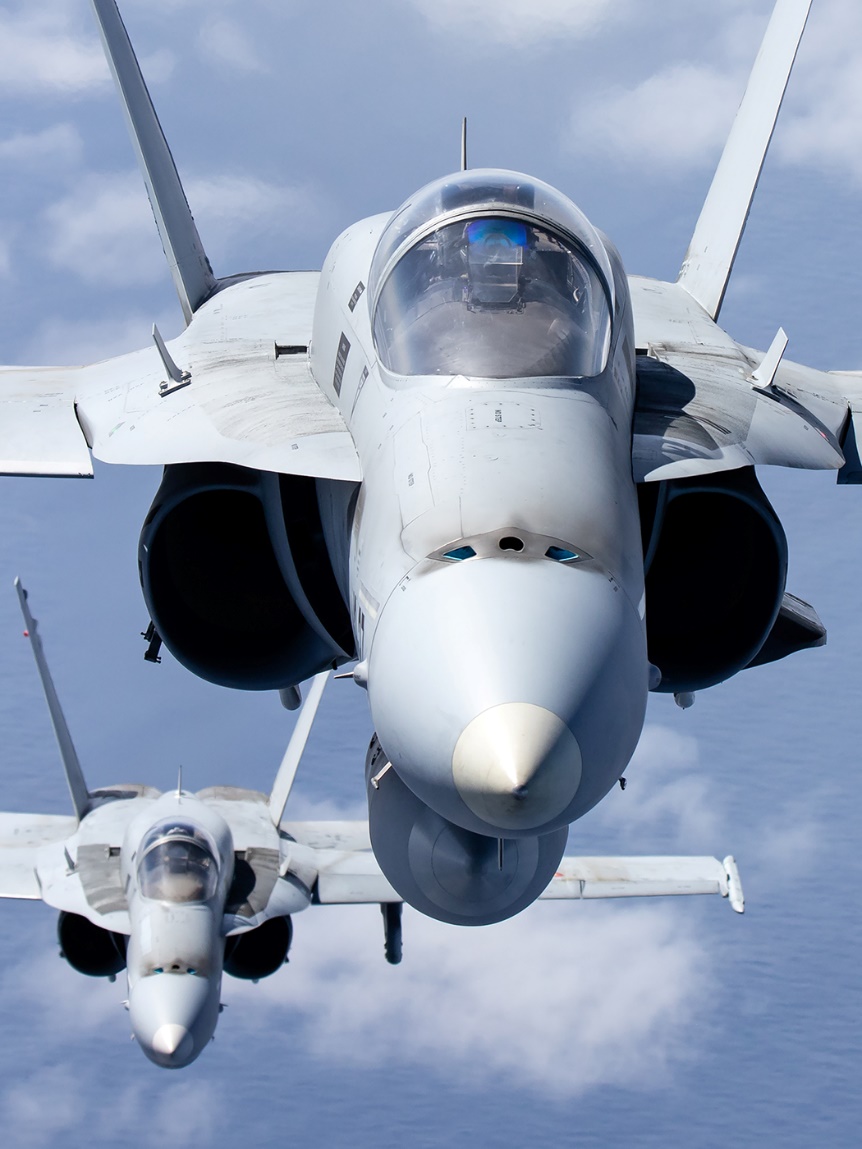 Two EF-18M from ALA 12 based at Torrejón de Ardoz near Madrid. The 12th Wing received its first Hornets back in 1989, three years after C.15 entered service in Spanish Air and Space Force.

For such a complex exercise, fictitious scenarios are developed that allow for the execution of numerous missions and operations. Several different sorts of flying missions were carried out during SIRIO 2022, including offensive and defensive counter-air missions, close air support (CAS) missions and others. In addition, there were a variety of tasks at the DOB (Deployed Operating BASE) – the Gando Air Base, such as a response to threats of attacks or explosives, logistics and deployment activities or treatment of casualties. 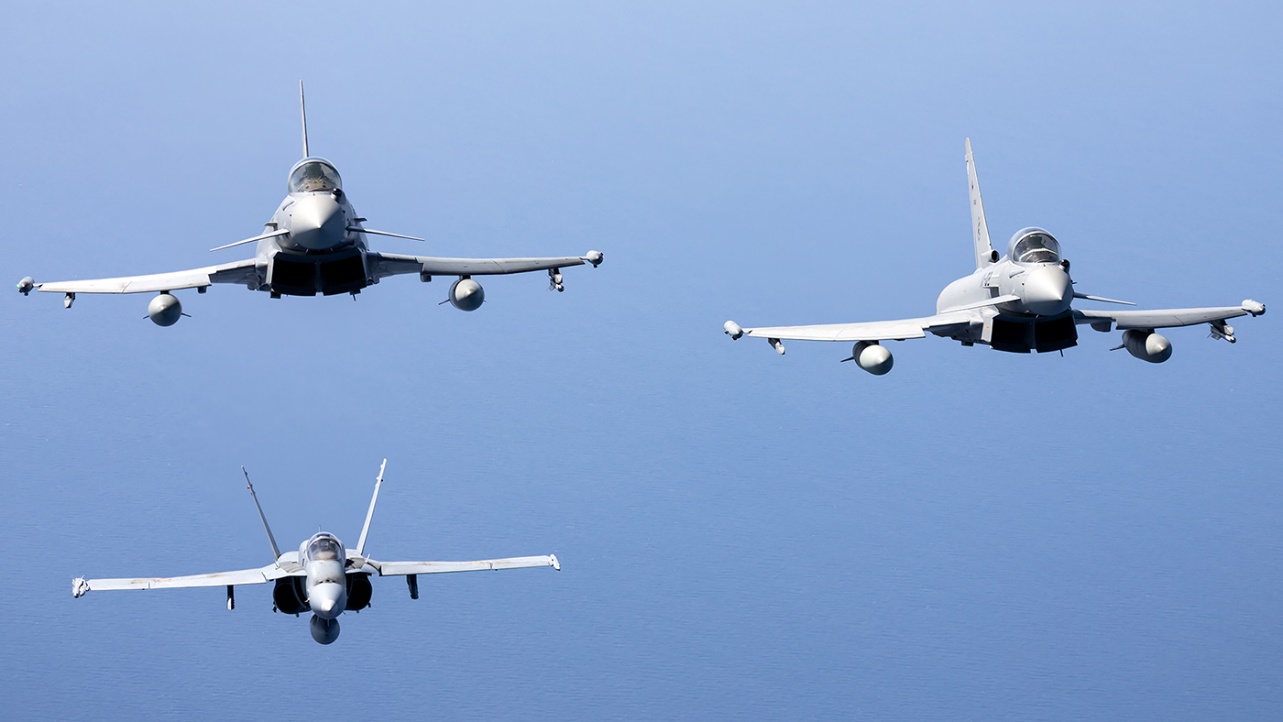 A pair of Eurofighter Typhoon (C.16) and EF-18M Hornet (C.15) in joint formation flight as part of the Air-to-Air photoshoot during media day at SIRIO 2022.

A spacious airspace without many restrictions around the Canary archipelago provides loads of freedom in planning such a complex exercise. Although SIRIO 2022 was not the first large exercise that was held at Gando Air Base. In previous years, the airport which shares both military and civilian operations, was a host for the multinational exercise Ocean Sky. Another edition of this exercise is planned for October next year. Besides, Gando is home to the ALA 46 (46th Wing) which is under the command of the MACAN (Mando Aéreo de Canarias). The aircraft based there are F-18A+/B+ Hornets (C.15/CE.15 – Spanish name), CN-235 (T.19/D.4) as well as helicopters AS.332 Super Puma and AS.532 Cougar (HD.21/HT.21/HT.27). 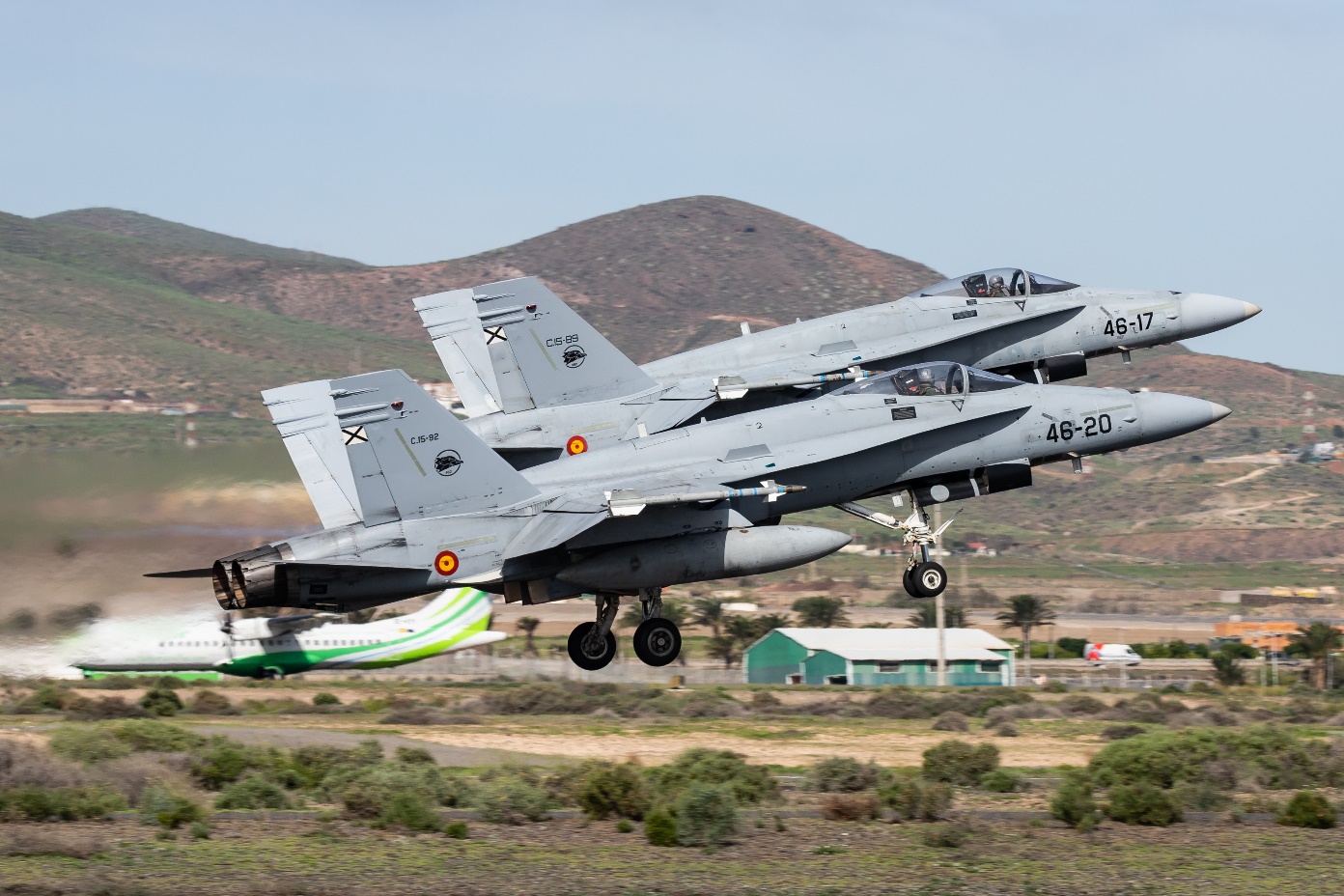 Some 2,000 people from 21 different units and a total of 35 aircraft participated directly in SIRIO 2022 exercise. During two weeks of training in the Canary Islands around 300 flight sorties were executed, resulting in 600 flight hours distributed among the various participating aircraft. The SIRIO required a significant effort both from participating units as well as from the Ejército del Aire y del Espacio as a whole organization. Another edition of this exercise enabled to share and hone the skills of all participating personnel and proved its important role in the training of the Spanish Air and Space Force units.

Photojournalist at Aviation Photography Digest
Łukasz is an aviation enthusiast and photographer from Poland, currently living in England. He grew up near Radom Airport where the biggest Polish air show takes place, so he has been interested in aviation since the early stages of his life. He especially enjoys military aircraft but he also appreciates and is fascinated by everything that flies. At the beginning he was only watching planes. Since 2012, Łukasz has taken up aviation photography, which now is a very important part of his life. He is constantly looking to improve his skills as a photographer and photojournalist. Every year he visits military bases and air shows in the whole Europe and beyond. Łukasz uses Canon equipment.

Łukasz can be reached at: [email protected]
Send this to a friend
SUBSCRIBE TO OUR NEWSLETTER
All rights reserved © Aviation Photography Digest, 2023
Subscribe to our FREE newsletter and get notified when new articles are published.
Subscribe
×