The Australian Defence Force has just announced that the Royal Australian Air Force in partnership with the Ipswich City Council, will host the Ipswich Amberley Air Tattoo over the weekend of 29 and 30 October 2022.As part of the Air Tattoo, Australia’s largest Air Force base, RAAF Base Amberley, will open its gates to the public for the first time since 2008.

This year RAAF Base Amberley celebrates it’s 80th year of operations and celebrates a long association with the City of Ipswich with the base first commencing operations on 17 June 1940 during World War II, and will mark the return to defence force airshows since the 2019 RAAF Base Edinburgh located to the North of Adelaide in South Australia. 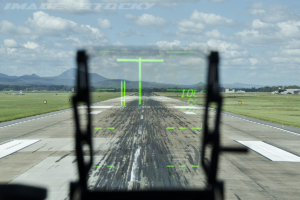 Looking South down the main runway at Amberley- Jaryd Stock.

The Air Tattoo will give people a rare insight into the base, people, aircraft and military capabilities that call Amberley home. It is also a great opportunity for Defence to thank the people of Ipswich and surrounding communities for their support of RAAF Base Amberley and the Australian Defence Force members who serve at the base.Air Force aircraft will conduct flypasts over RAAF Base Amberley during the two day event.

Aircraft will also be on static display on the ground as well as a range of military equipment on display showcasing the capabilities of a number of Australian Defence Force units and squadrons located at the base.

Its understood that there will be solo displays from Air Combat Groups F-35, F/A-18F and Hawk Mk.127 display teams as well as displays from aircraft apart of Air Mobility Group in a mock battle simulation, and there is rumour of International participation especially from the United States Air Force Pacific Air Forces based in Japan and South Korea and the Republic of Singapore participating as well.

C-17’s from 36 Squadron return to the apron after formation flight training- Jaryd Stock.

This is a major and welcomed development for the ADF and RAAF as Covid robbed the RAAF of completely fulfilling what they had wished to achieve as the airforce celebrated 100 years of operations and cancelled the 2021 Avalon Airshow which was said to have various participants from all over the world.

The best bit for spotters and all avgeeks alike is that they won’t be taking images with their cameras into the sun. Details on how to obtain tickets for the base open days will be released later in 2022 via offical RAAF channels.

Members of the public will also get the chance to see the Air Force flypasts free-of-charge at designated viewing hubs in Ipswich, Springfield and Rosewood. 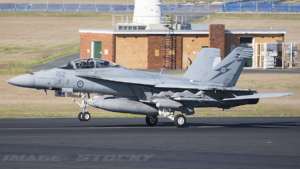 KC-30A from 33 Squadron gets into the air from Runway 33- Jaryd Stock.