March 11th 2022 marks the 80th anniversary for the Royal Australian Air Force’s (RAAF) No 36 Squadron which is operates the C-17A Globemaster III from RAAF Base Amberley located just outside of Brisbane, Australia.

The Squadron was formed at RAAF Base Williams- Laverton, Victoria on March 11th 1942 during World War 2, back then No 36 Squadron was equipped with an assortment of aircraft including six Douglas DC-2s, two De Havilland DH-86 Express and a Ford Tri Motor among other types of fixed wing aircraft. The first Commanding Officer for the newly established unit was Flight Lieutenant W.H. Heath.

During the latter half of 1942 the RAAF decided to move the Squadron from Laverton to Townsville, the Squadron’s aircraft were gradually replaced with the Douglas C-47 Dakota which would serve the airforce for a number of years in various units. 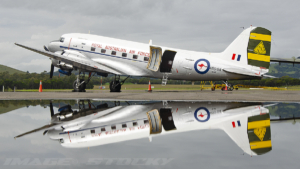 For the remainder of the war freight was continually flown to New Guinea just North of Australia to supply Australian and allied troops against Japanese forces with the first of several aircraft detachments to that combat zone in the South West Pacific commencing in 1943. The Dakota’s conveyed troops and freight to the forward bases, flying supply drops over difficult terrain in treacherous weather conditions which is a constant feature especially through the wet season.

After the Japanese surrender in September 1945 a No 36 Squadron detachment that was based at Morotai airfield in the Indonesian Halmahera Islands began courier runs to Japan in support of the Australian component of the British Commonwealth Occupation Force. Two years later, half of the Squadron’s aircrew were sent to Europe to participate in the Berlin Airlift – flying supplies to the beleaguered city.

The Squadron again continued in its service deployed overseas when in March 1953, No 36 Squadron was based in Iwakuni, Japan carrying freight to and from Korea, evacuating casualties and providing a VIP transport capability for the United Nations Command. After the end of the Korean War No 36 Squadron remained in Japan supporting a continued United Nations presence in the Korean peninsula until 1955.

As the C-47’s served the RAAF well, a decision was made in 1957 to purchase twelve of the the newly designed and built Lockheed C-130A Hercules, after the squadron transferred its six C-47’s to No 38 Squadron the squadron took delivery of its first C-130A Hercules – becoming the first Air Force outside the United States to operate the type in 1958. 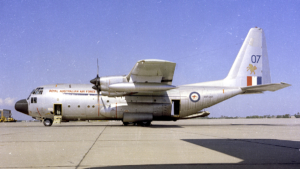 The Hercules represented a huge improvement over the C-47 in payload, range, speed and manoeuvrability, as well as offering cabin pressurisation, short-takeoff-and-landing capability, and bulk loading and despatch via its rear cargo door. The post-war Air Force described the Hercules as “probably the biggest step-up in aircraft capabilities” the RAAF had ever received, considering it was roughly four times as effective as the Dakota in flying operations.

One of its first missions with the new aircraft was the deployment of No 79 Squadron to Ubon, Thailand. In addition to its role as a strategic airlifter, the Hercules also proved highly suited to civil aid tasks such as fodder drops during floods, air sea rescue work and medical evacuations. With the escalating commitment of Australian forces in Vietnam during the mid 1960’s, No 36 Squadron found itself operating a regular courier service to and from that country, carrying troops and equipment, and evacuating wounded soldiers back to Australia.

In 1989 the squadron provided transport for civilian passengers during the commercial airlines “pilot dispute” that curtailed operations by the two Australian domestic airlines; three aircraft and five crews undertook this task, over and above their normal duties. The squadron reached 100,000 accident-free flying hours on the C-130H during 1990. In December 1990 and January 1991, crews from No 36 Squadron flew missions to Dubai in support of Australia’s naval contribution to the first Gulf War, and in 1993 transported Australian troops to Somalia as part of Operation Solace. 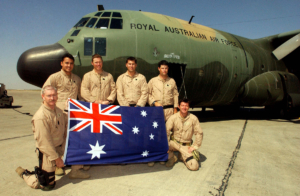 The Globemaster has three times the carrying capacity of the C-130H Hercules, allowing the Airforce to rapidly deploy personnel and equipment anywhere in the world, the aircraft fitted the heavy lift role the RAAF were looking for as it is large enough to transport the Australian Army M1A1 Abrams tank, Royal Australian Navy’s MH-60R Seahawk, or the Army’s CH-47F Chinook helicopters, or three ARH Tiger armed reconnaissance helicopters or five Bushmaster infantry vehicles.

In May 2006, No 36 Squadron personnel began conversion training in the United States in preparation for re-equipping with Boeing C-17 Globemaster III. The unit then transferred operations from RAAF Base Richmond to RAAF Base Amberley where new facilities were constructed in anticipation of the aircrafts arrival. The C-130H aircraft operated by the squadron were handed over to No 37 Squadron which remained at Richmond, the squadron accepted it’s first C-17A in December 2006 which was remarkable considering the announcement for procurement of the Boeing aircraft was made in May of that year.

This was a significant moment for the squadron and the RAAF when Wing Commander (WGCDR) Linda Corbould took command of the unit, becoming the first woman to lead a RAAF flying squadron. WGCDR Corbould was responsible for delivering the first Globemaster from the United States to Australia on 4 December.  No 36 Squadron achieved initial operating capability with the C-17 on 11 September 2007, following eight months of work-up training for the crews on the new aircraft.

In June 2008, the unit received the Gloucester Cup as the RAAF’s most proficient flying squadron of 2007 for achieving all training objectives, supporting air lift activities globally and nationally and fulfilling short-notice, high priority tasks, despite the squadron’s expertise being in its infancy. WGCDR Corbould completed her posting as commanding officer on 8 December 2008, on the day the squadron marked the second anniversary of C-17 operations by conducting the RAAF’s first flight with an all-female aircrew and passengers from Amberley. 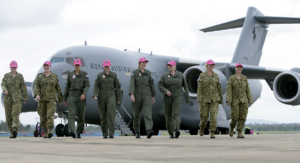 Led by WGCDR Corbould The four female crew and four of the female passengers completed important milestone for the Royal Australian Air Force (RAAF) was achieved on December 8, when its first all-female crew took the controls of a C-17A Globemaster III aircraft at RAAF Base Amberley.
Piloting the aircraft was WGCDR Linda Corbould as captain, FLTLT Sam Webster as co-pilot, with SGT’s Paula Ivanovic and Julie Snell on board as the aircraft`s loadmasters- RAAF.

In 2012 and 2014 respectively an additional four C-17 aircraft had been ordered and delivered for a total of eight aircraft to be operated by No 36 Squadron from RAAF Base Amberley, and in 2018 more facilities had been constructed especially apron area for parking and a purposed built hanger designed to accommodate the C-17 whilst undergoing routine servicing at Amberley.

During its 80th year of operations the squadron is needed more now than ever and is now one of most widely recognised units in The Royal Australian Air Force, especially as the public are aware of the C-17 and its capabilities especially during Humanitarian missions the squadron undertake in Australia and abroad.

Already in 2022 the Squadron has had a helping hand in deploying medical equipment to the Pacific Islands most notably Tonga, and also supply aid and military equipment to Ukraine after Russia’s invasion in late February.

Congratulations to all that served with No 36 Squadron over its illustrious 80 years of operations. 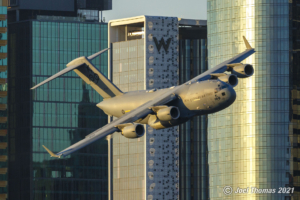 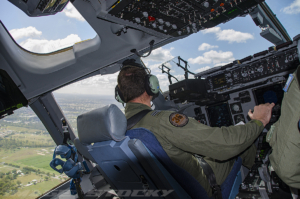 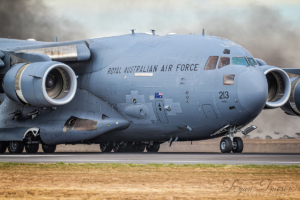 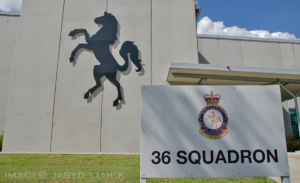 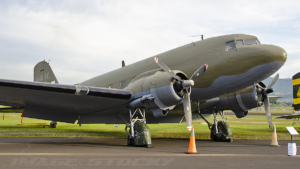 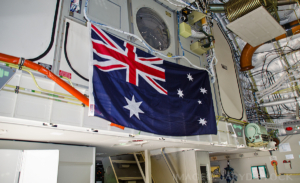 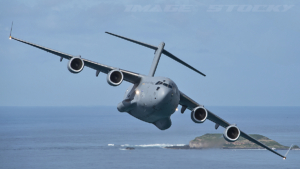 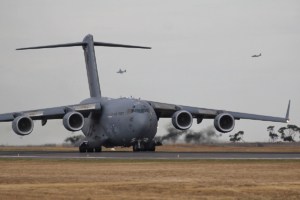 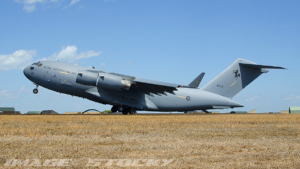 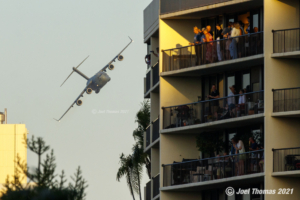