The trade show took is located at Seoul Air Base in Seongnam City, near Seoul. ADEX 17 is a premier industry event, serving as a stage for the Aerospace & Defense industry, featuring indoor and outdoor exhibitions, aerial demonstrations and seminars. The event is the largest of its kind in North-Asia, with its exhibitors showcasing products, services and solutions in defense development. Attracting professionals, key defense personnel, aviation enthusiasts and general public, the event has seen about 250,000 attendees.

Seoul ADEX is organized by the Seoul ADEX Office, involving the Korea Aerospace & Defense Industry Associations. Furthermore, it is supported by wide variety of ministries such as the Ministry of National Defense, Trade, Industry & Energy and Infrastructure & Transport. The Army Air Force Marine Corps is also involved. Honorary chairman of the event is the Prime Minister.

The indoor exhibitions feature both rotary and fixed-wing aircraft as well as mock-up and full-scale weapon systems and equipment. Space material, simulators and airport facilities are also presented here.

As with many trade shows around the globe, ADEX 2017 was the main stage for multiple seminars and symposia about aerospace and defense industries.

An event like this would not be complete without demonstration flights and aerial acrobatics. The KT-1, T-50 and FA-50 demonstrated their capabilities for business purpose. The ROKAF and civilian acrobatic teams displayed their aerial capabilities during the days that the event was open to the public.

Multiple squadrons and units are stationed at Seoul Air Base (often referred to as K-16 Air Base or Seongnam Air Base).

Air transport of heads of state and government

Seoul Air Base is also used as a VIP airfield by the President of the Republic of Korea and heads of state.

Presence of the United States of America at Seongnam Air Base. 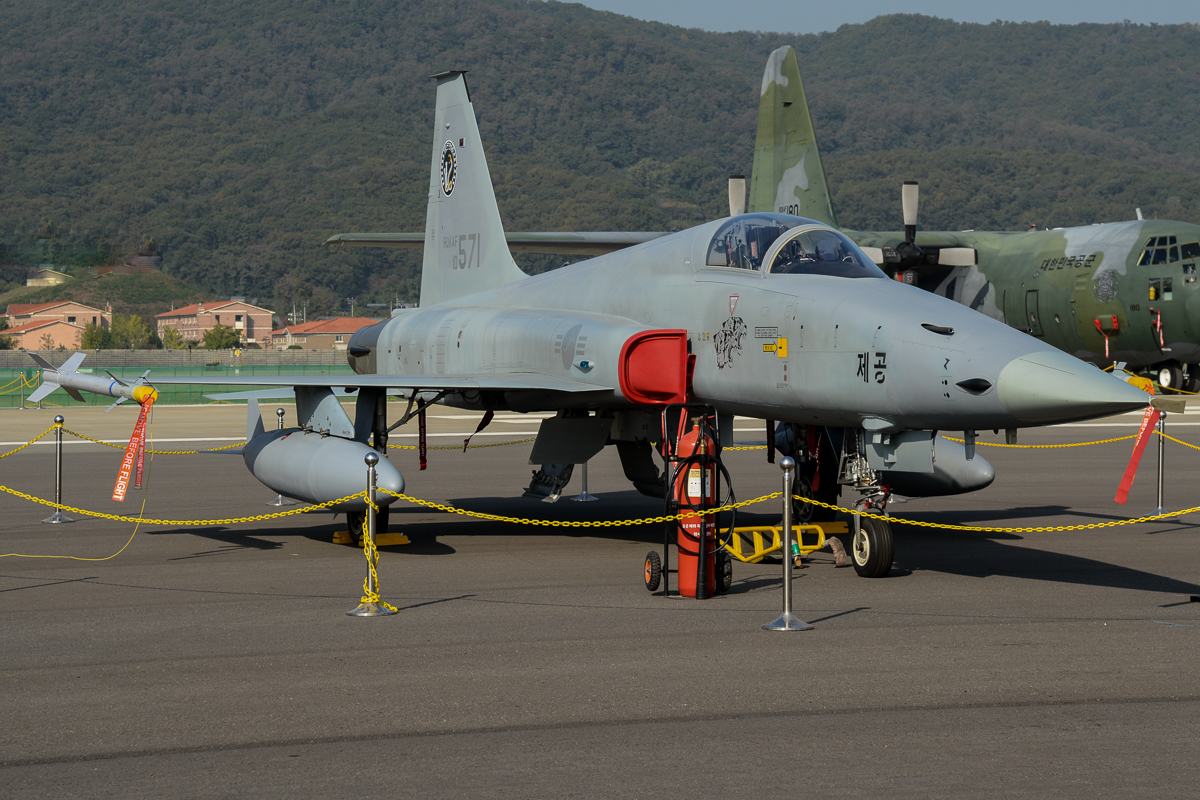 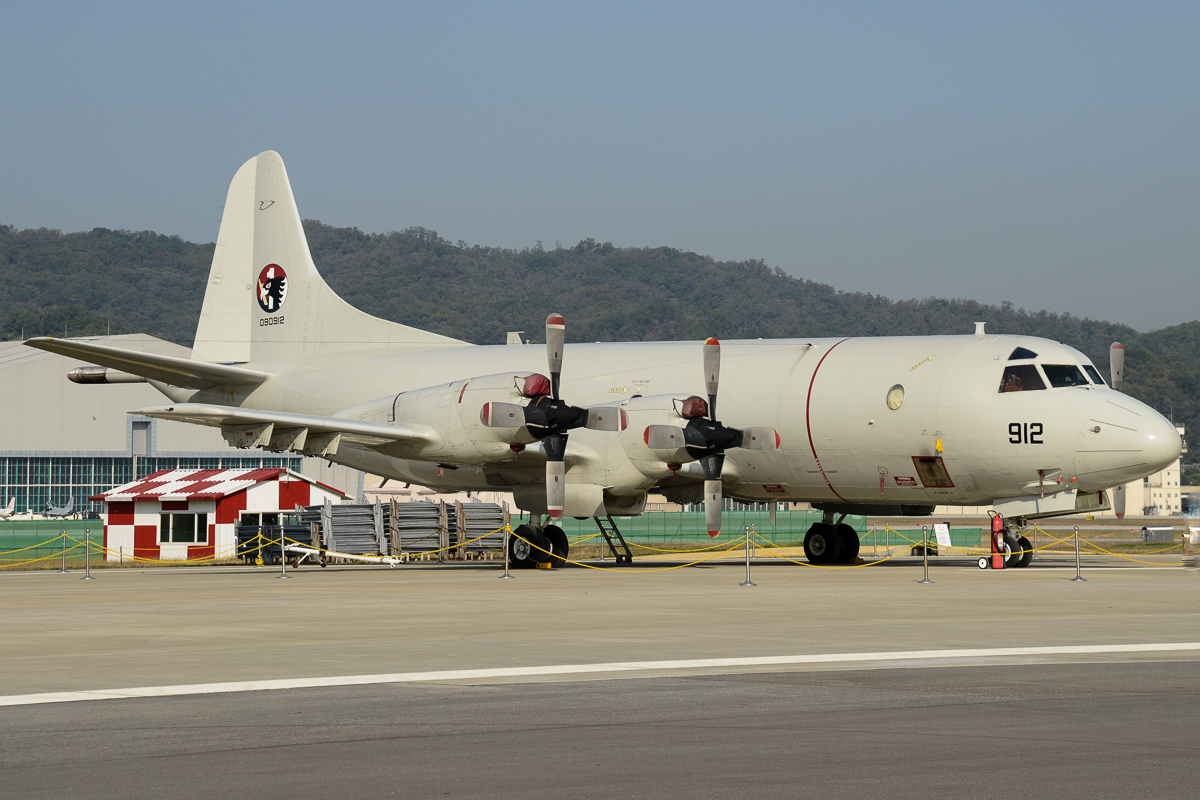 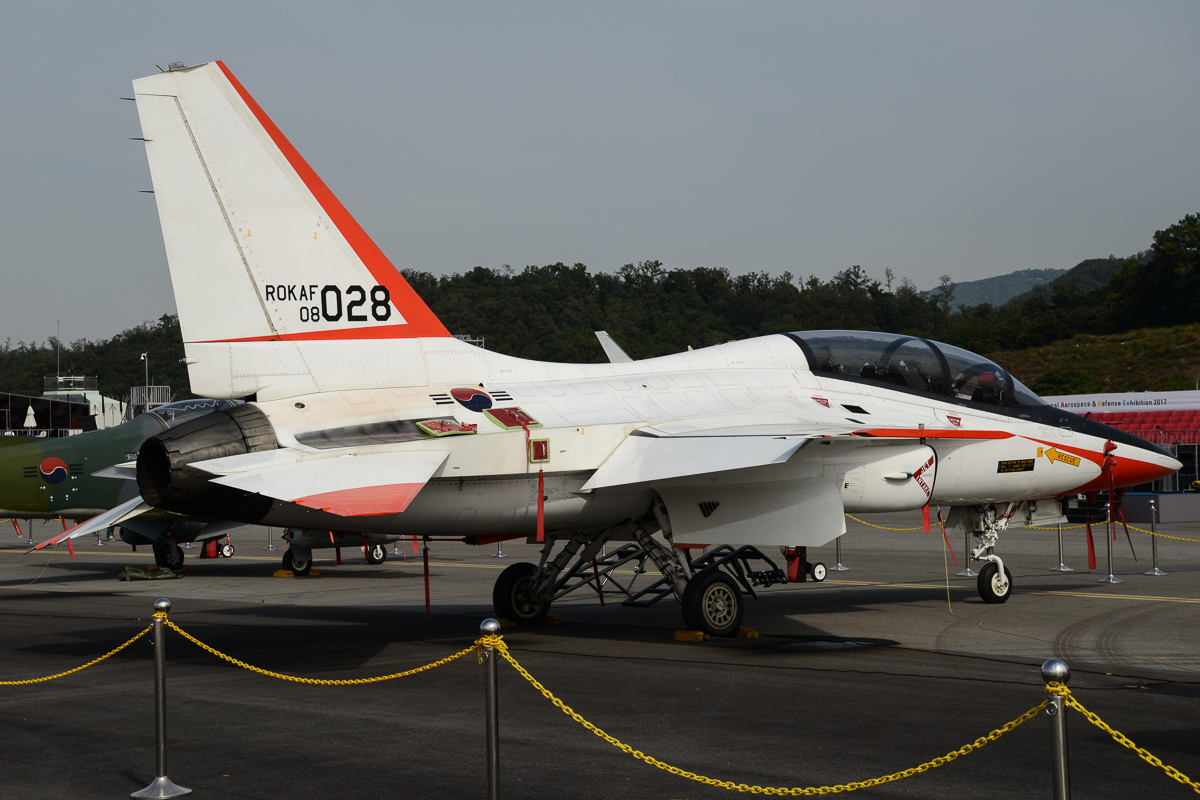 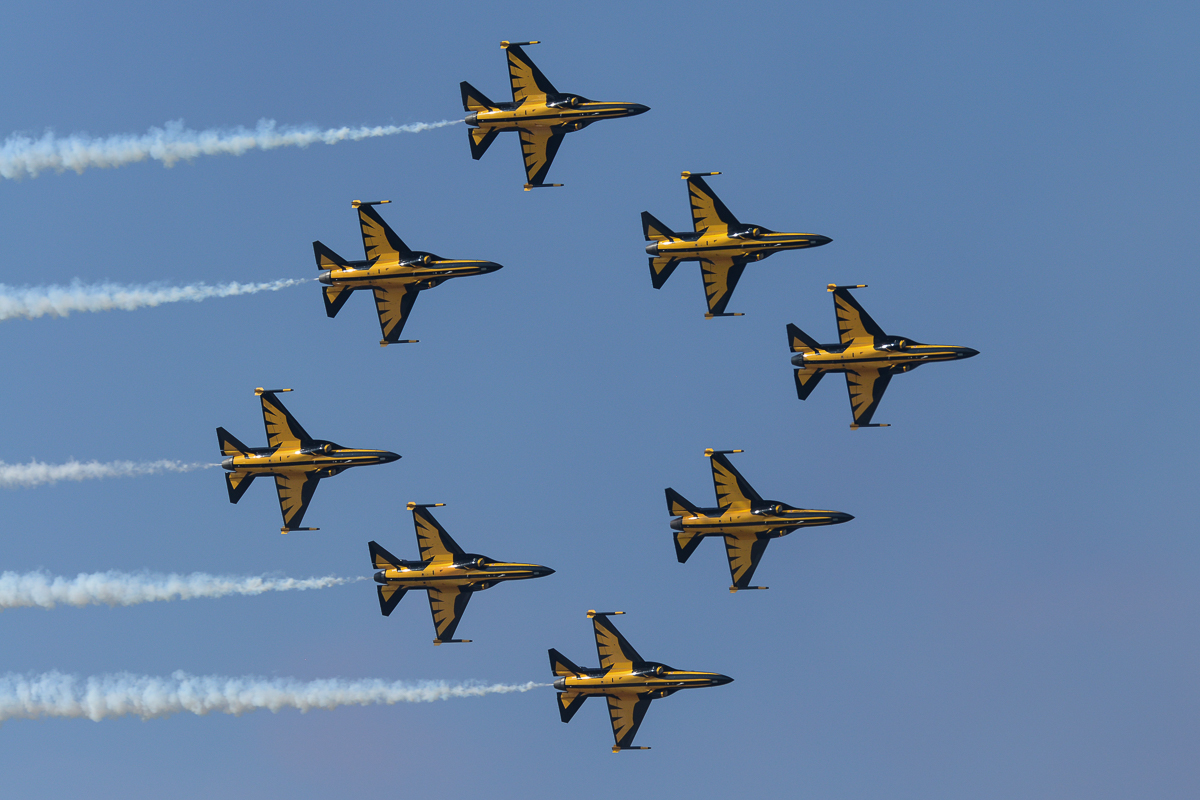 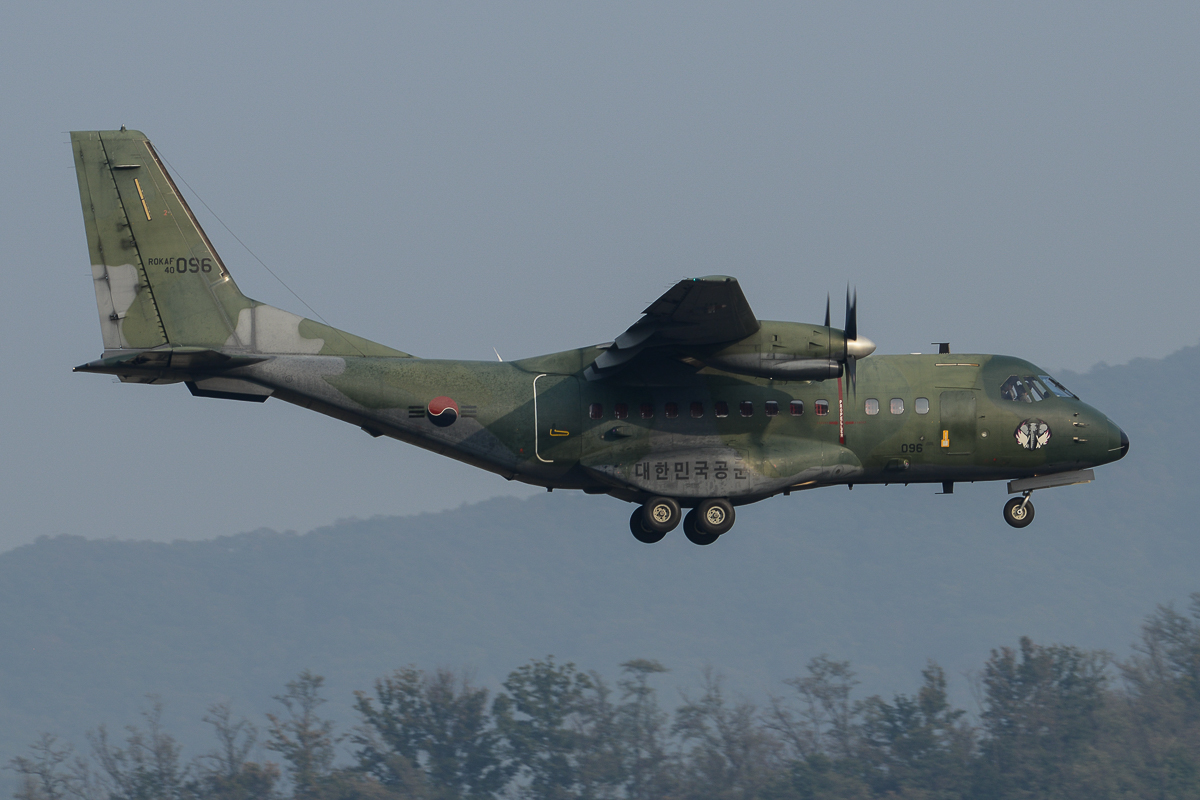 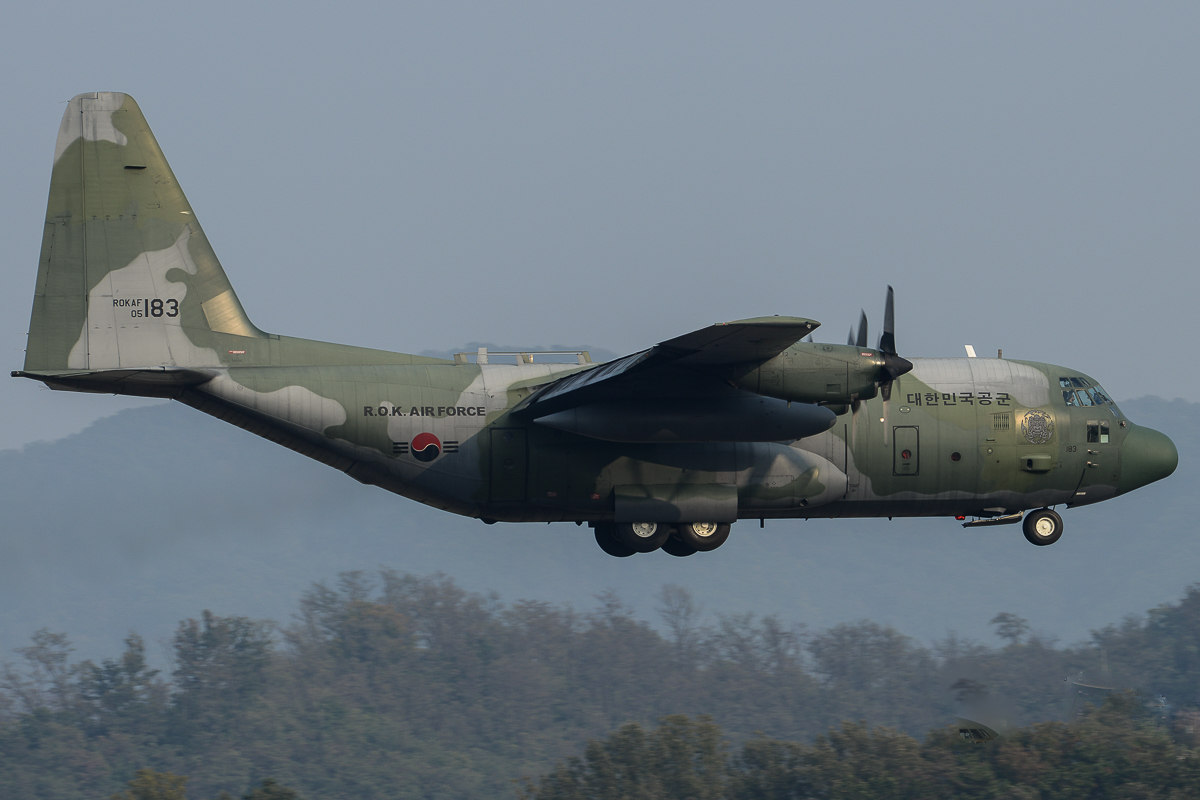 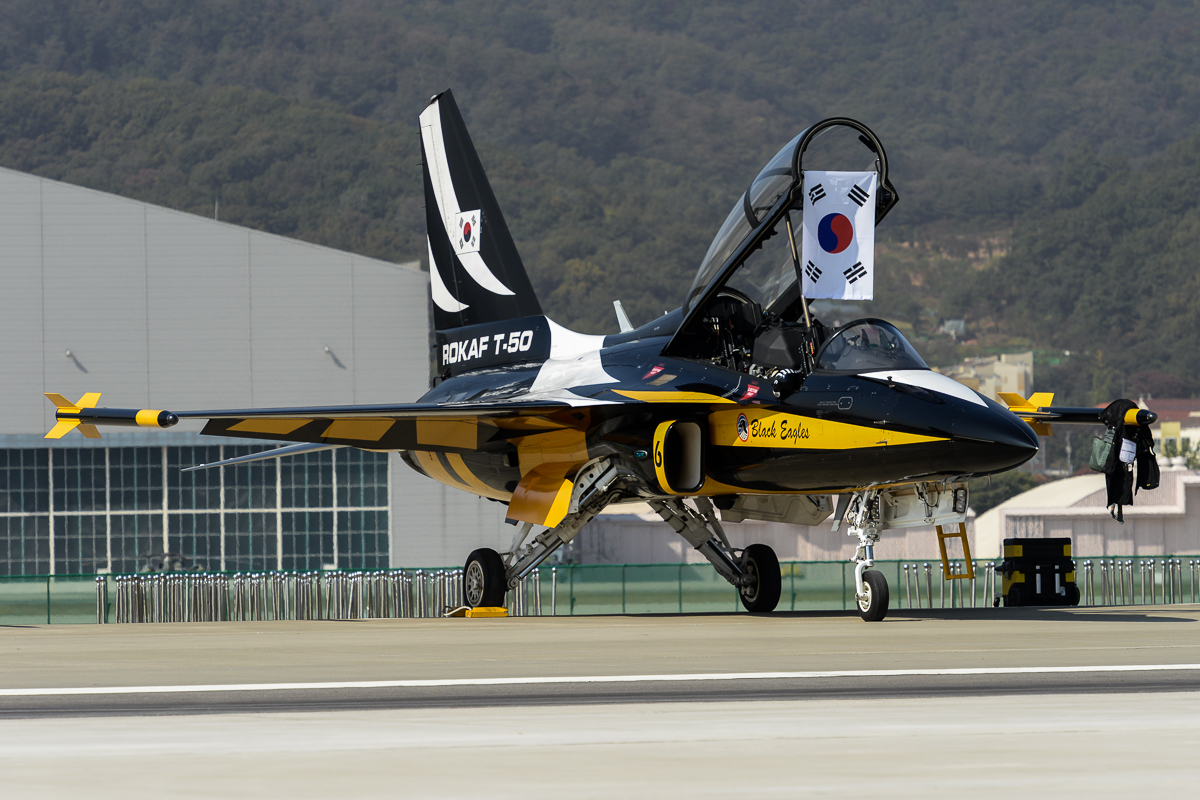 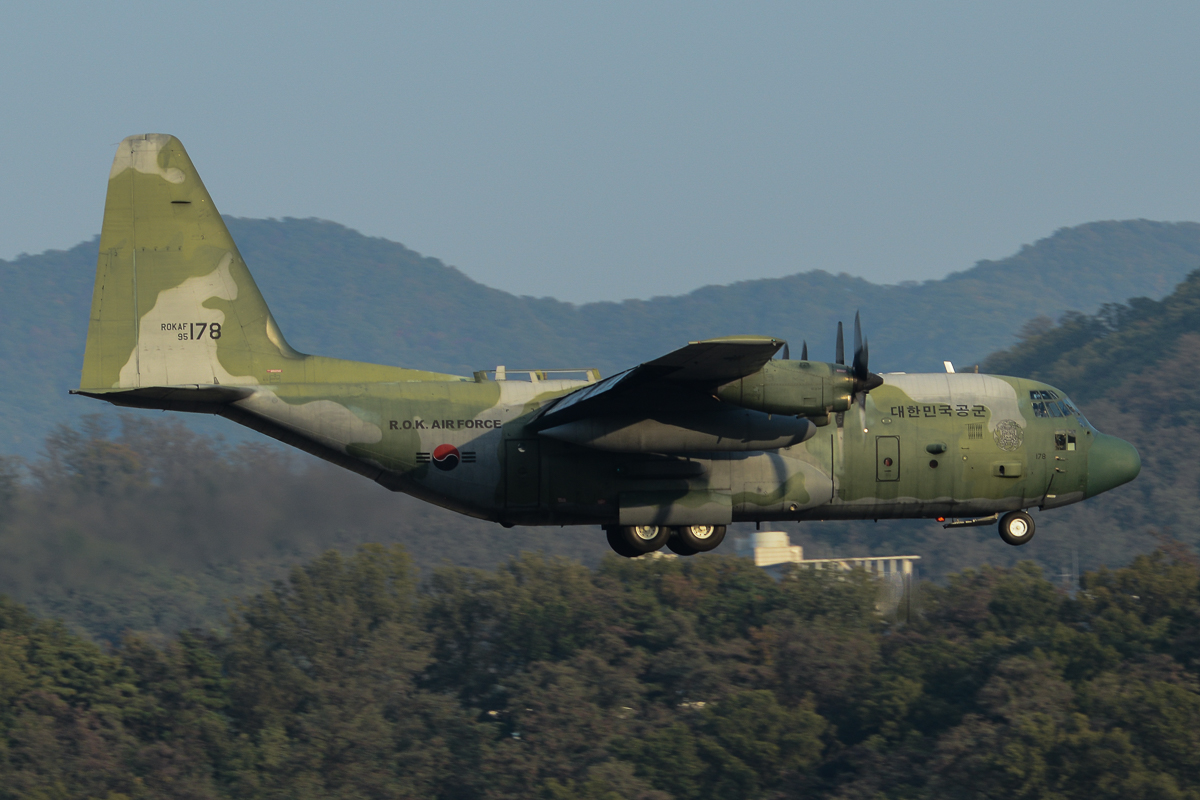 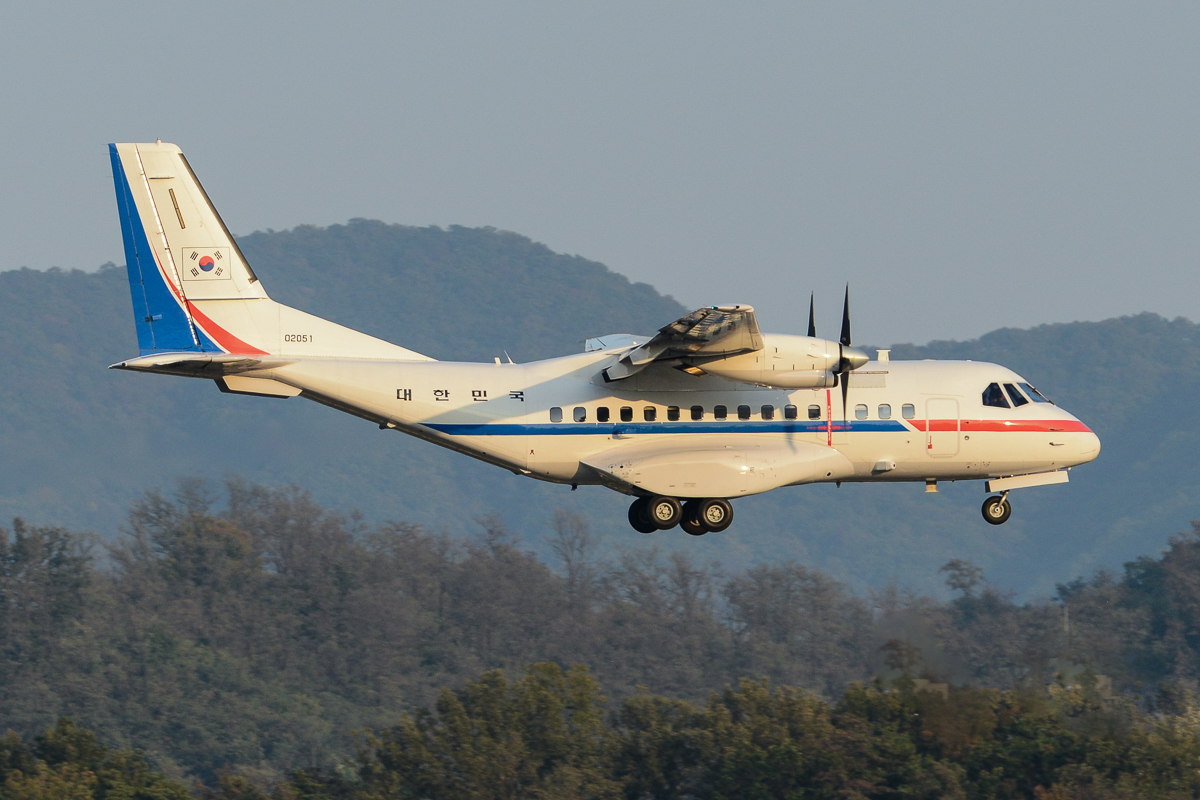 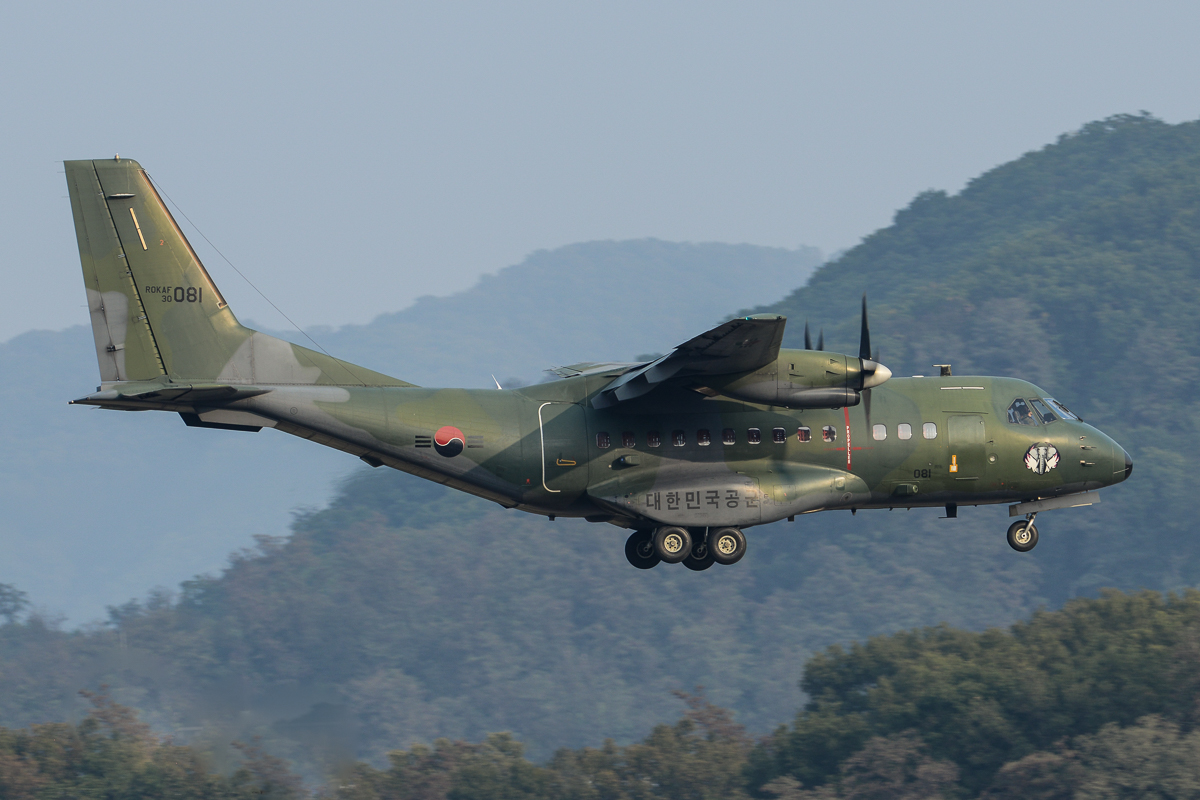 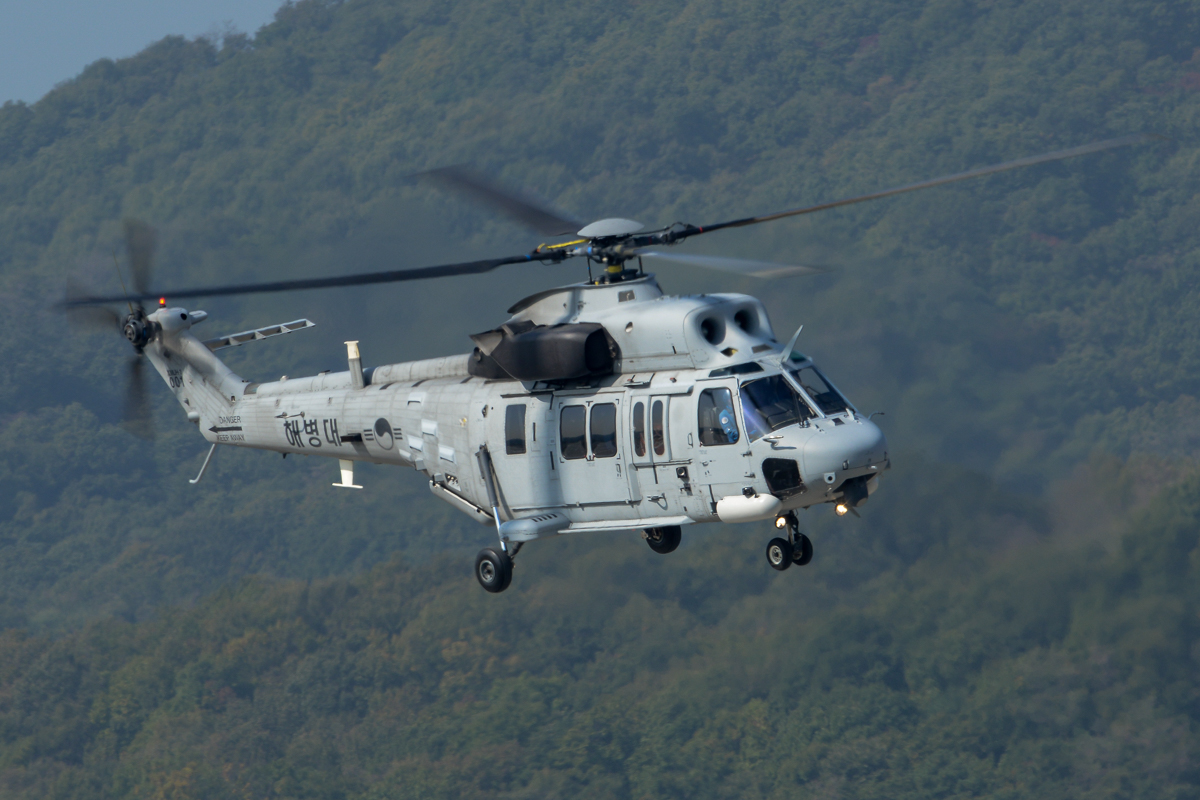 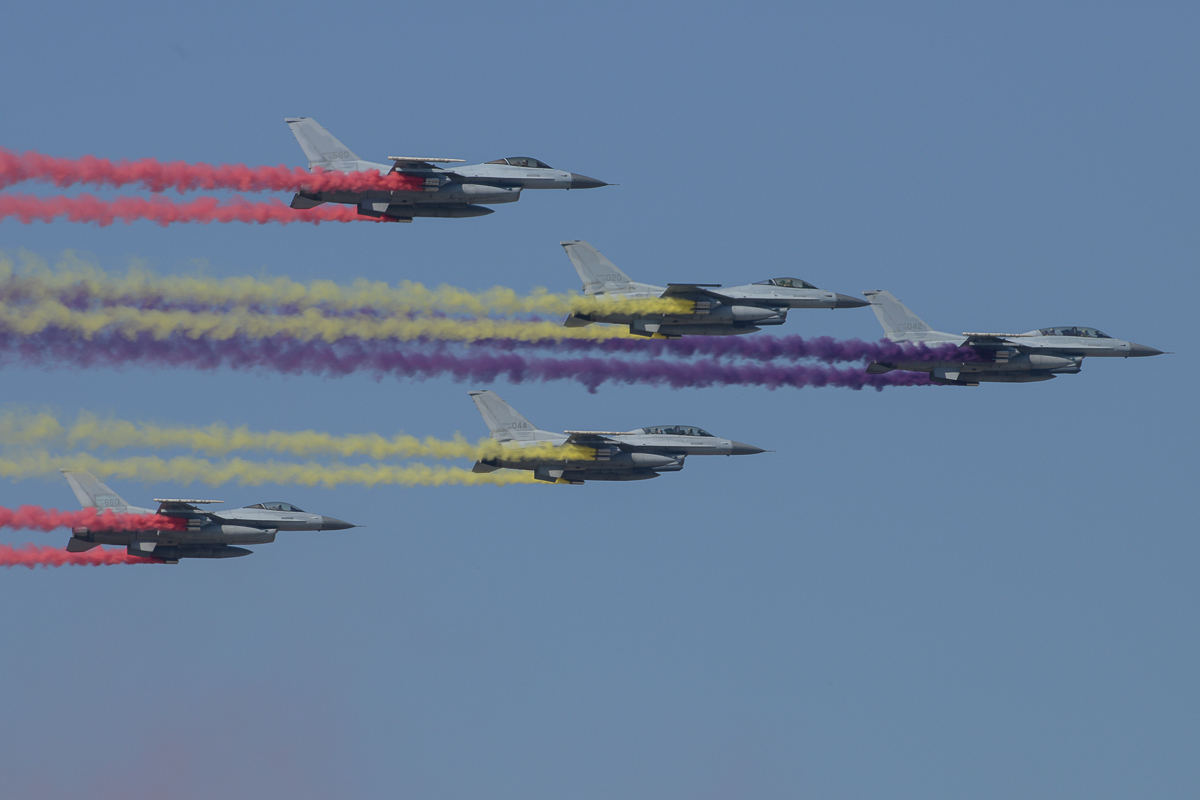 My presence in South Korea for the ADEX ‘17 provided a good match to attend to the Sacheon Aerospace Expo 2017. This was again a great opportunity to photograph aircraft of the Republic of Korea Air Force. The Gyeongnam Sacheon Aerospace Expo was a 4-day event held from the 27th of October to the 30th of October in Sacheon, South Korea. The event featured the Black Eagle Team, Combat Search & Rescue, altitude drop and EXTRA 330 aerobatic demonstrations in the Aerospace Industry.

Sacheon is home to the ROKAF Education & Training Command since 1998, from where they operate trainers and test aircraft. Hangars for the trainer aircraft are found on the north and south sides of the base. The command is equipped with KAI KT-1 Woongbi single-engine turboprop aircraft for training purpose. This Korean aircraft was developed in a joint-venture by Korea Aerospace Industries (KAI) and the Agency for Defense Development (ADD) and is the first completely indigenous Korean aircraft ever developed.

The airport is home to KAI which develops aircraft, besides the aforementioned KT-1, like the T-50 and satellites as well. It is located on the north side of the airport.

Sacheon is the home base for: 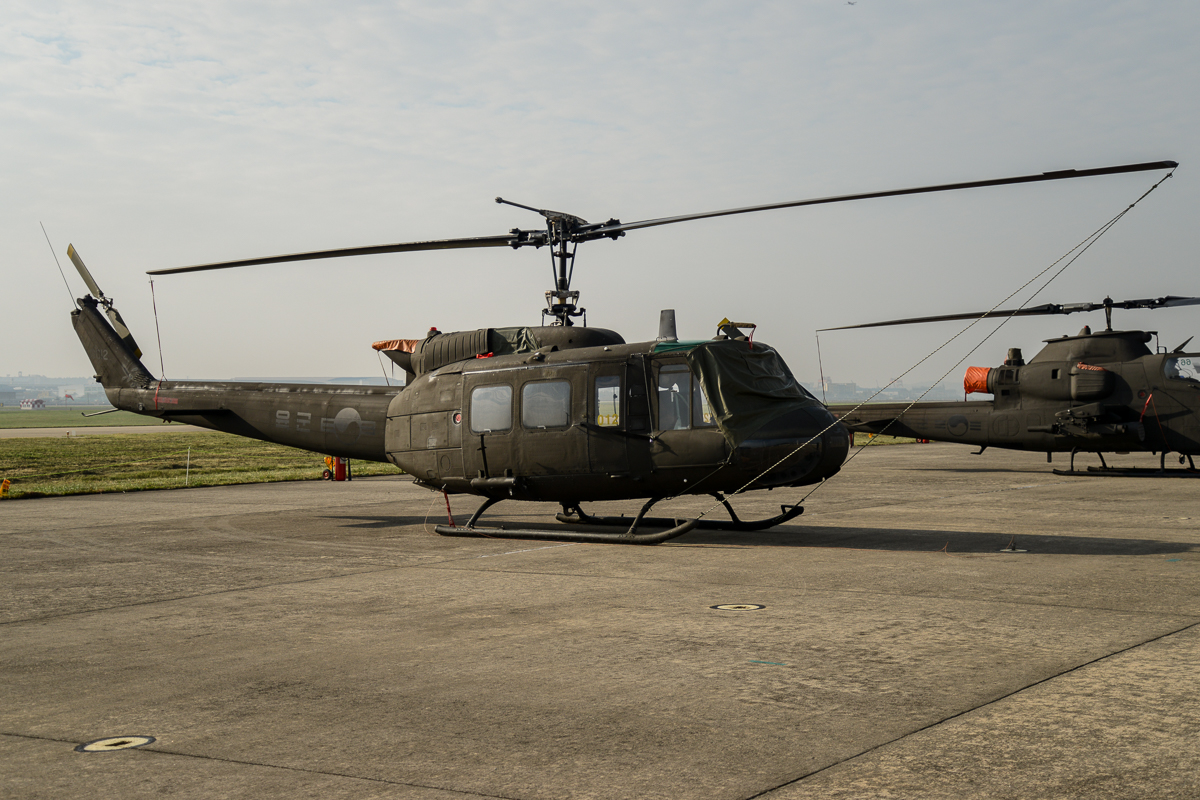 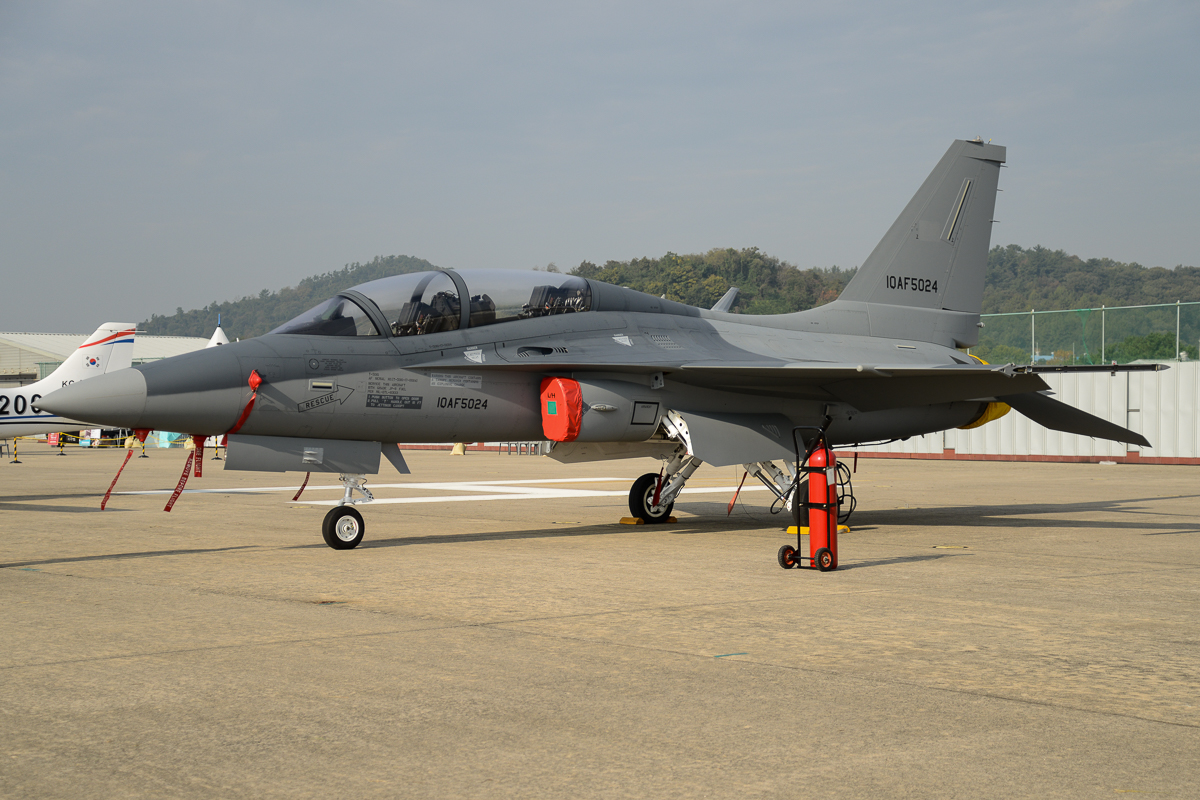 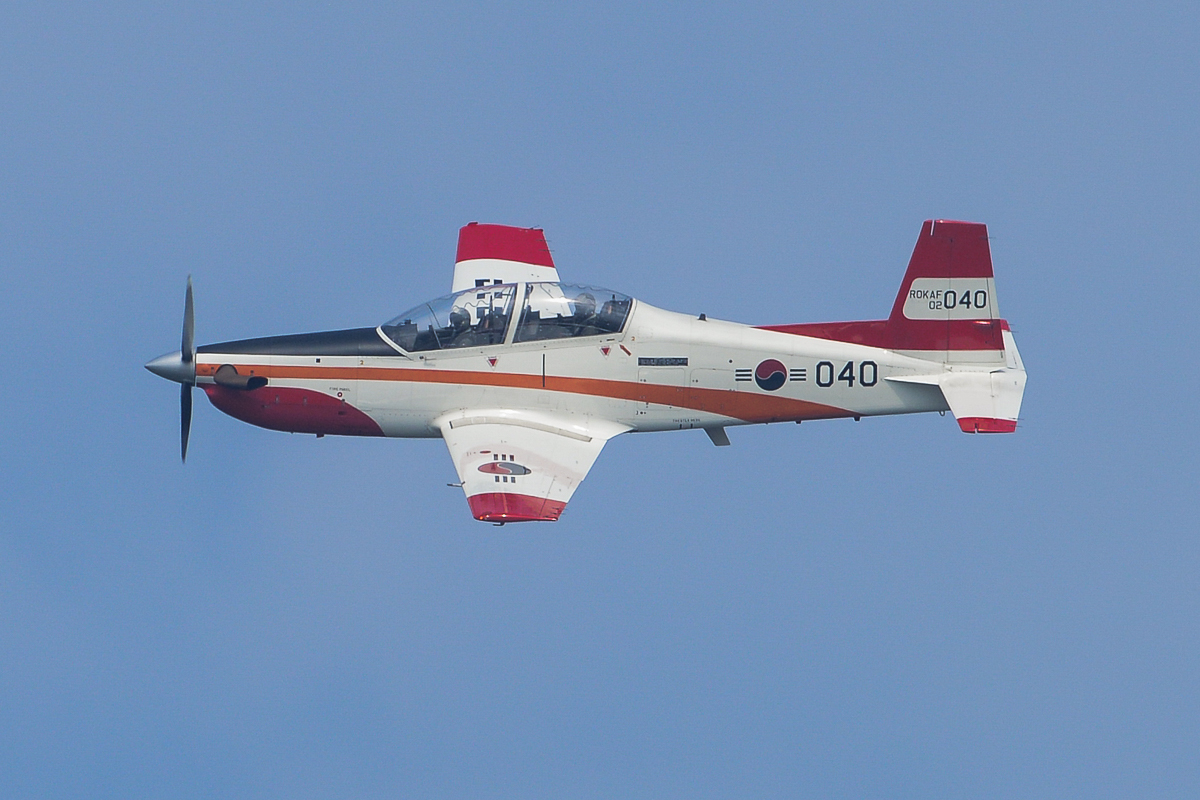 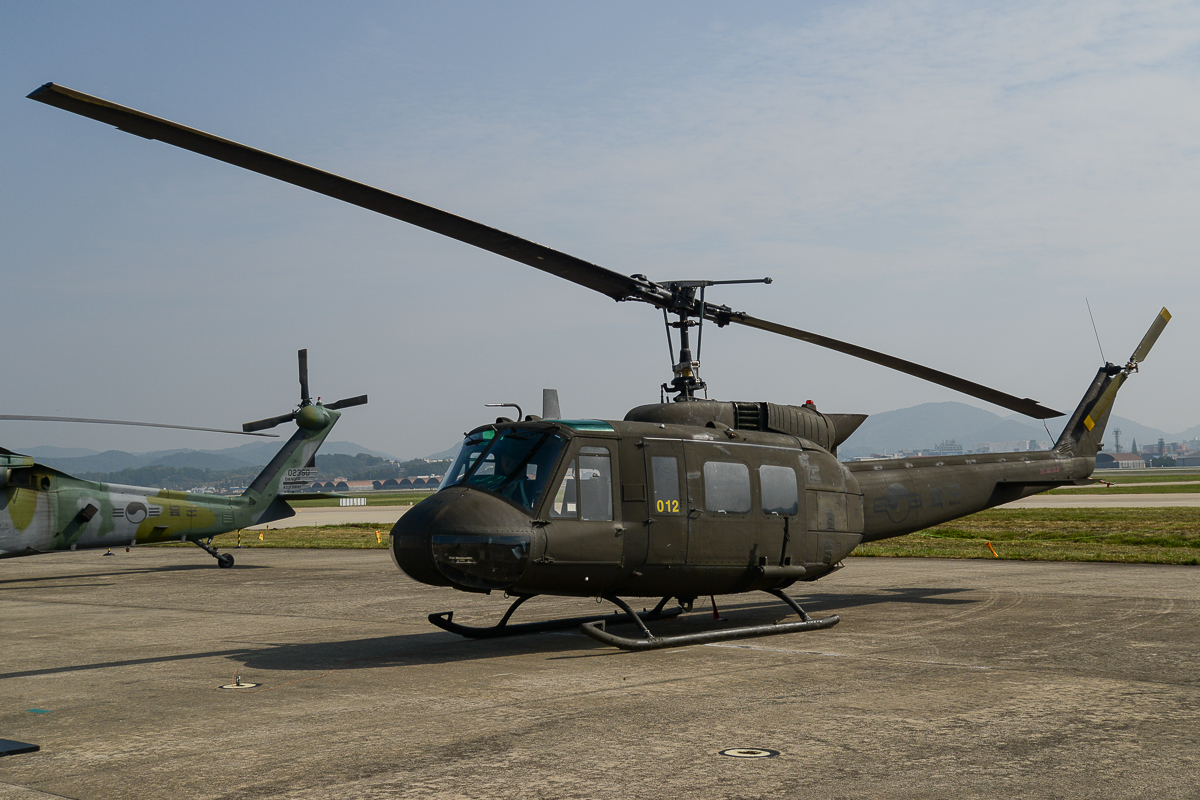 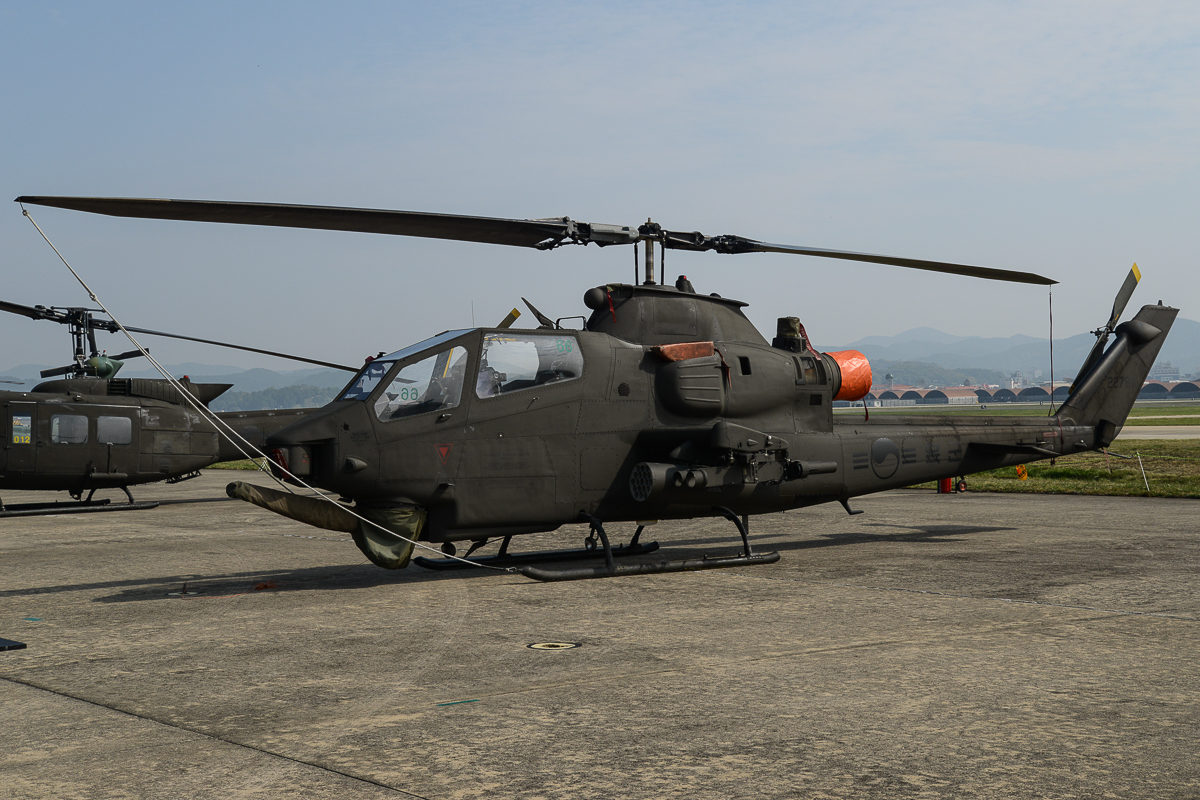 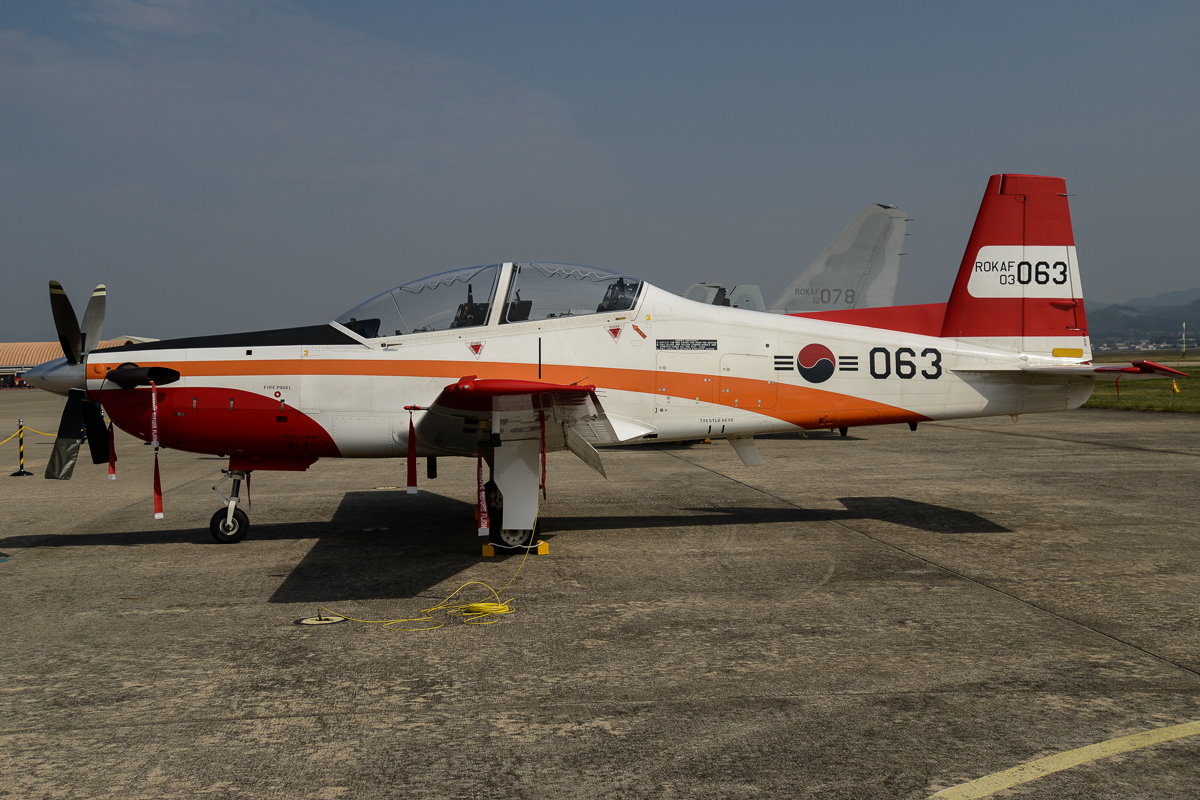 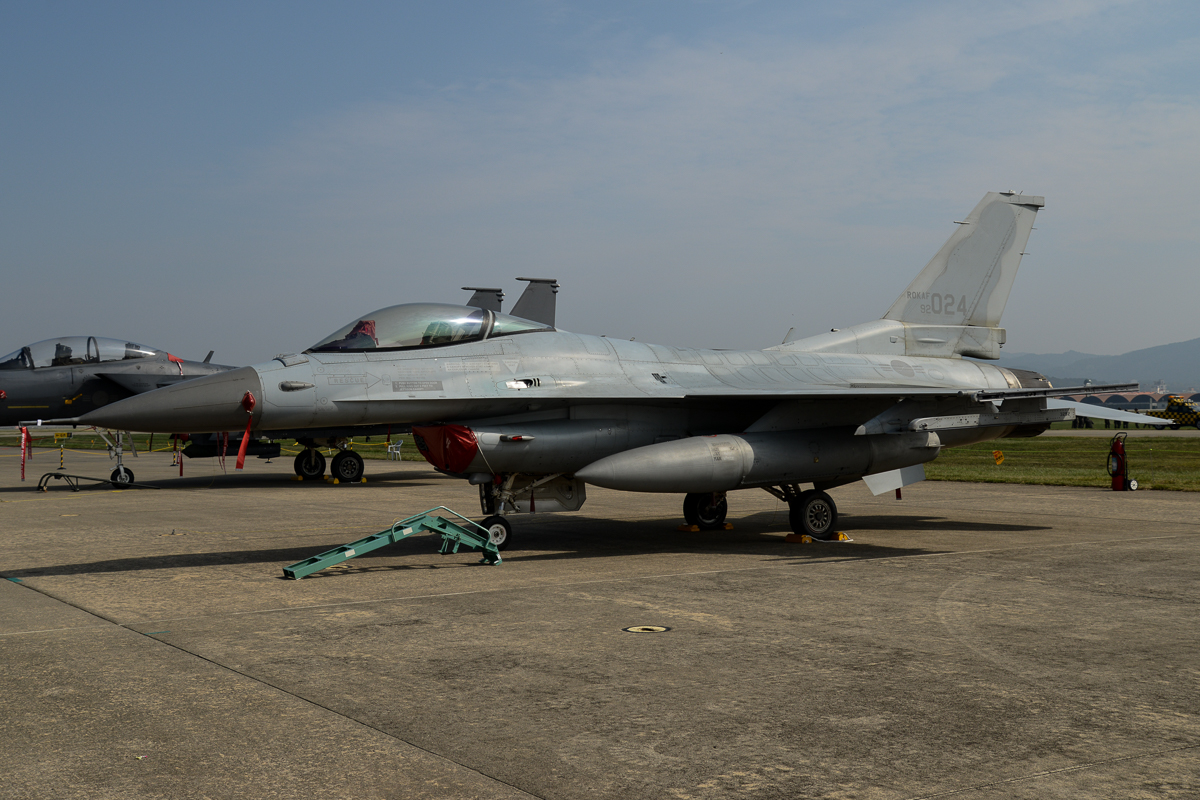 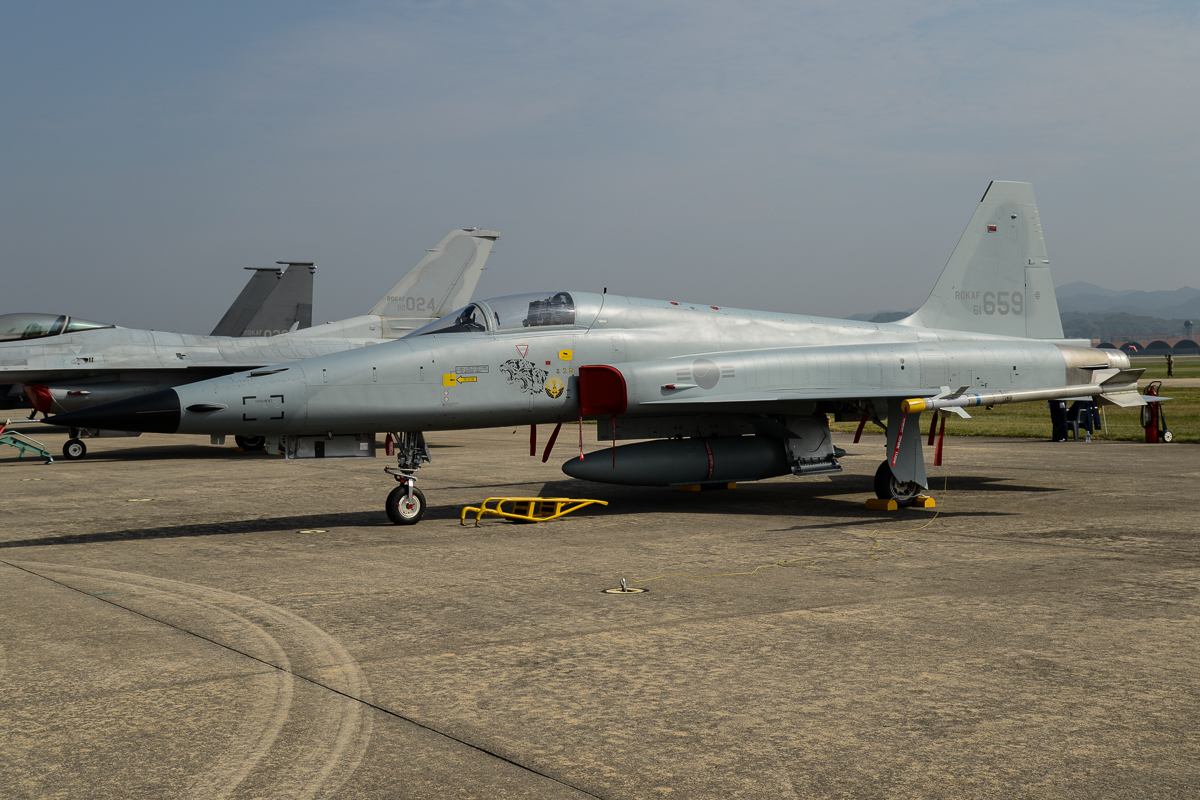 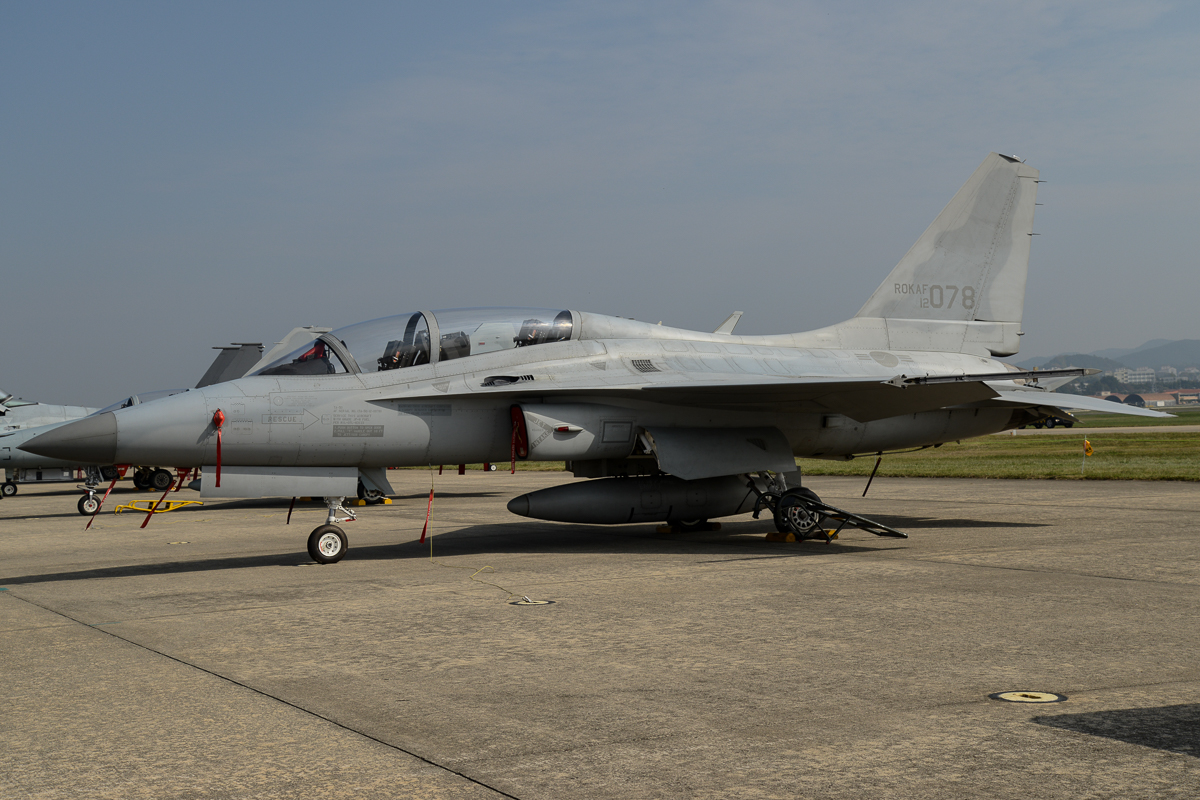 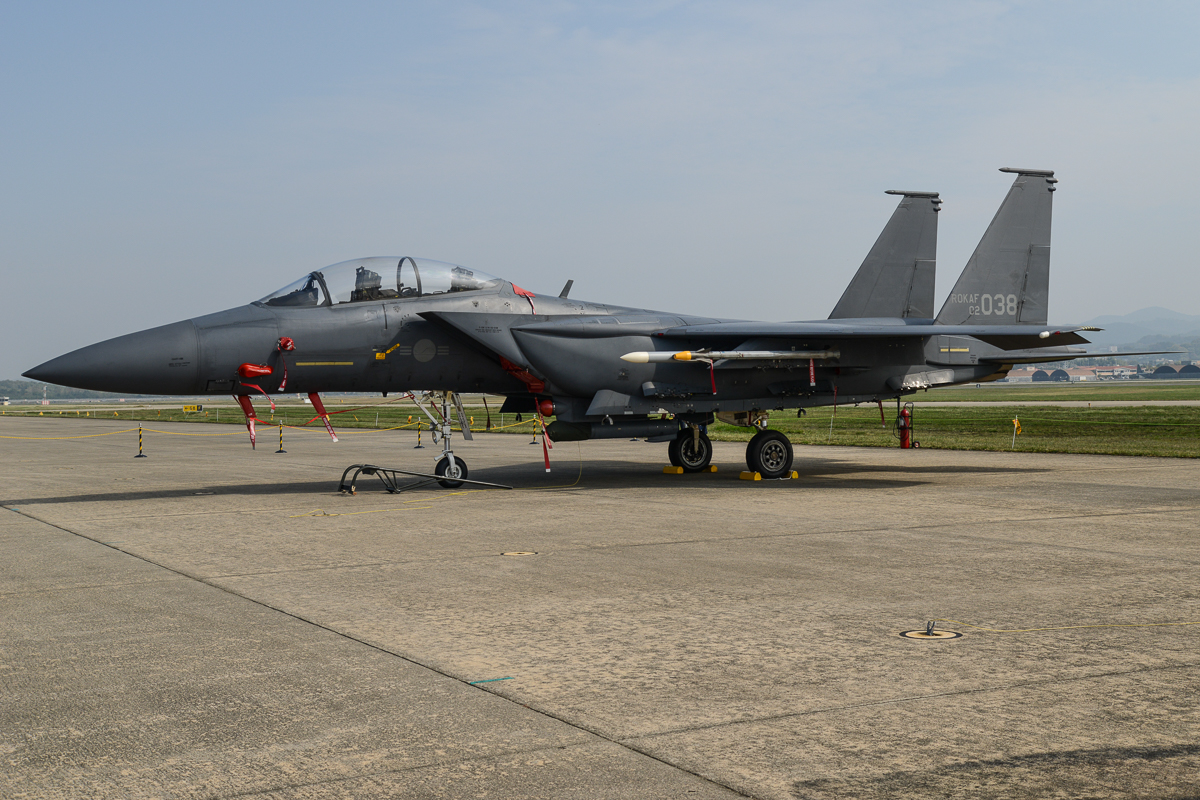 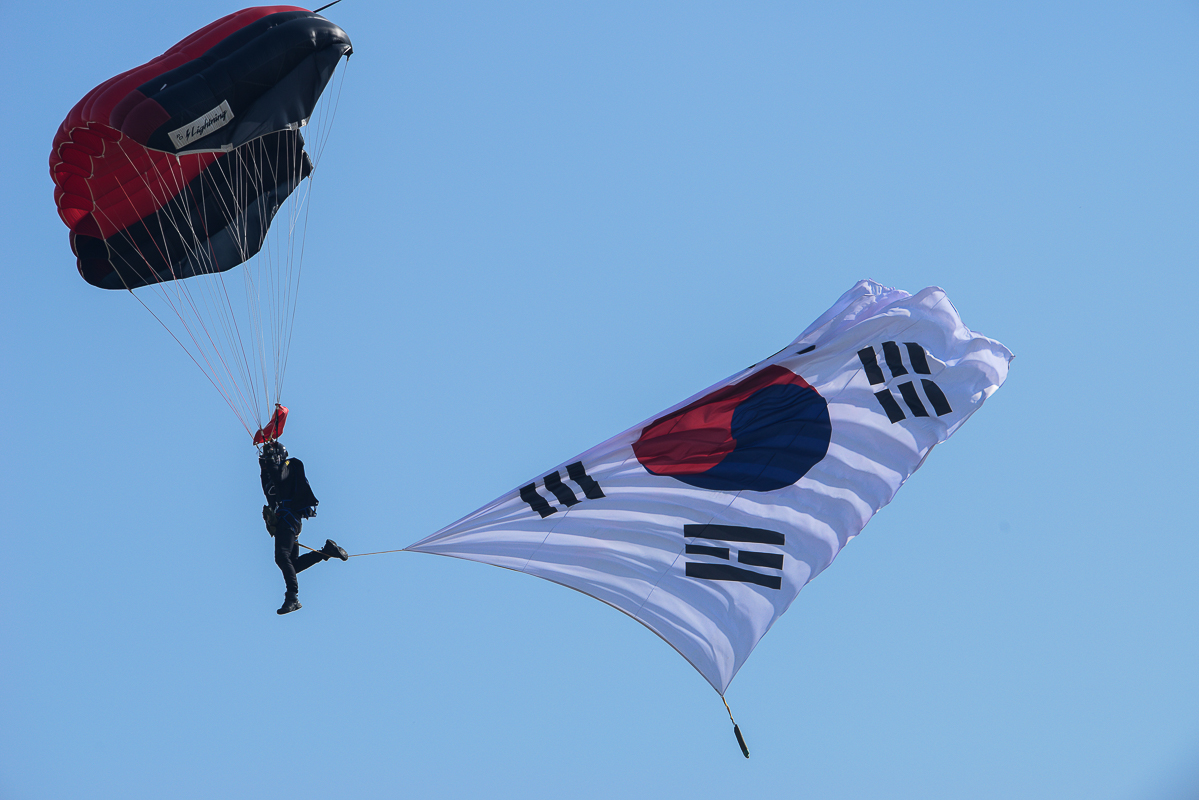 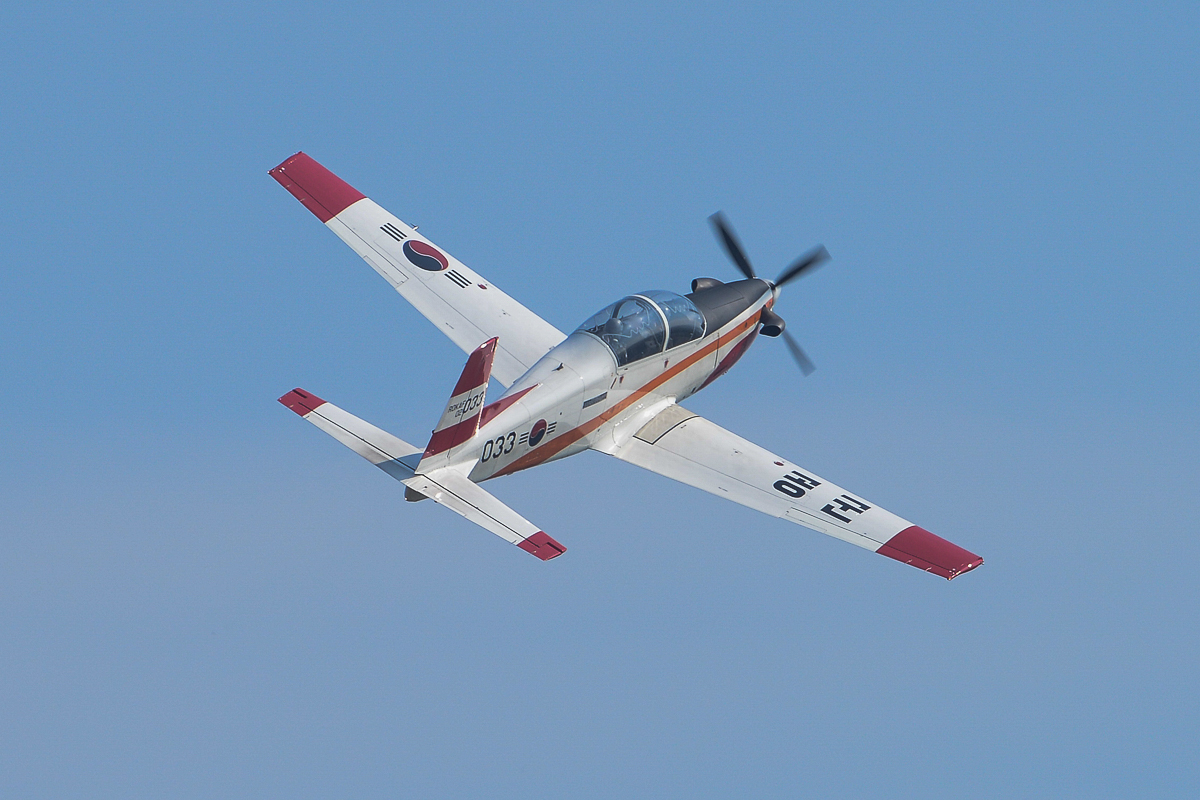 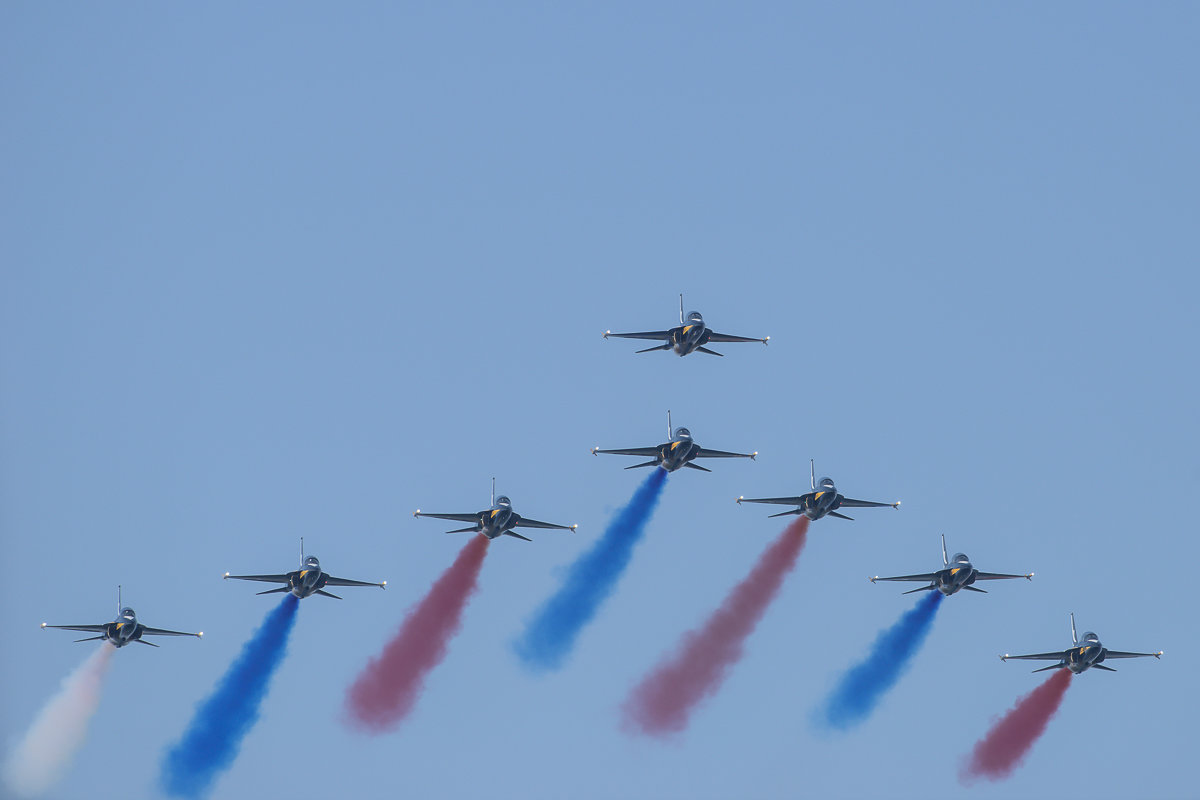 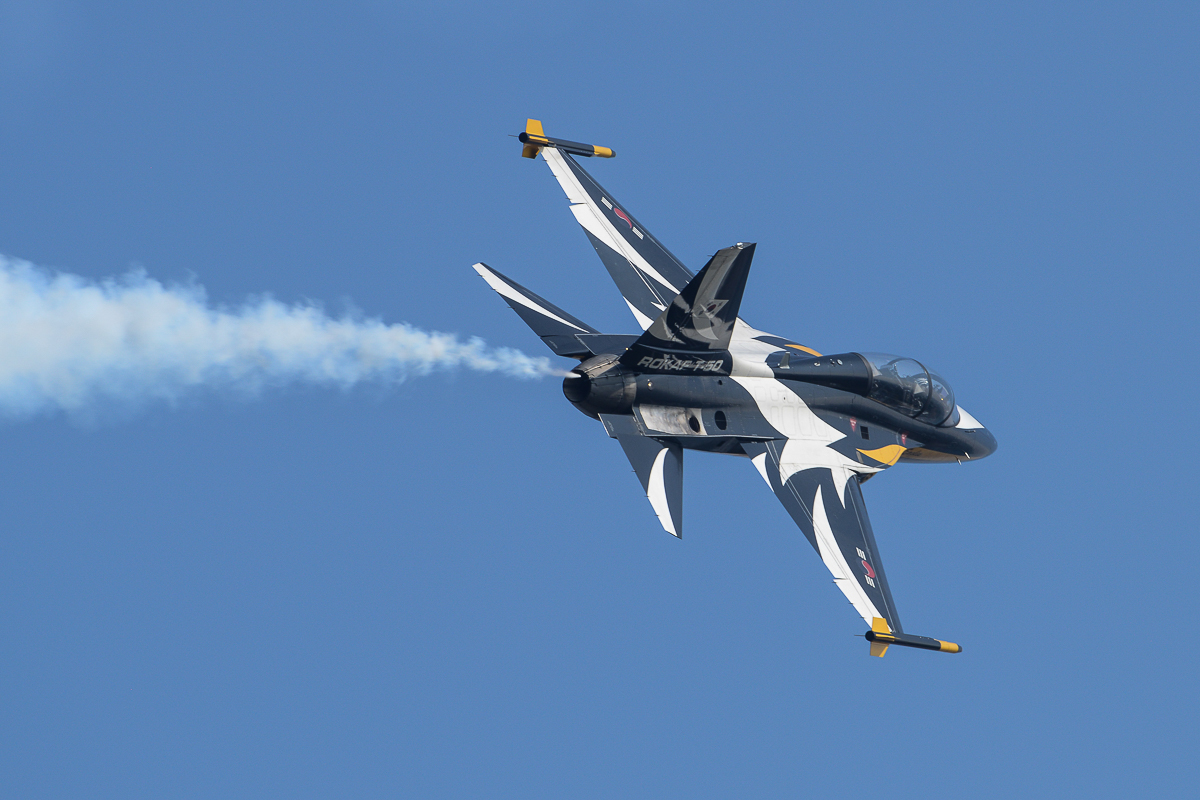 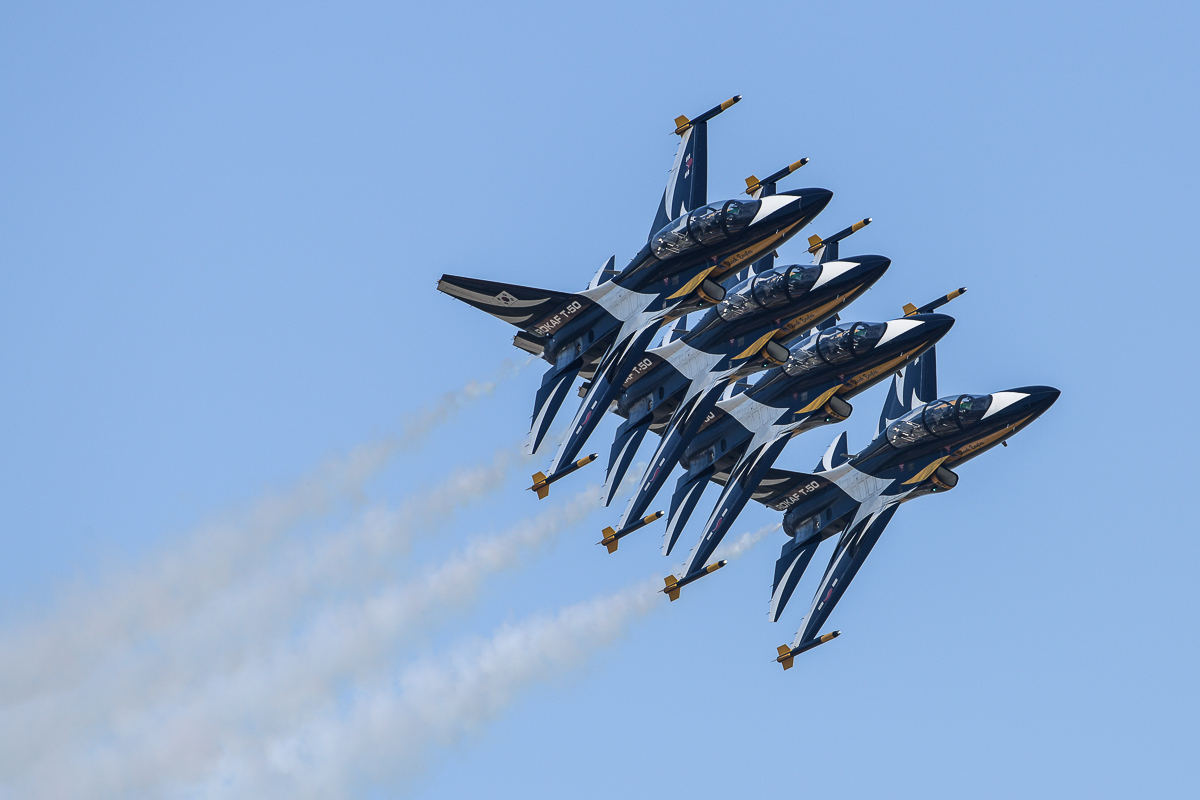 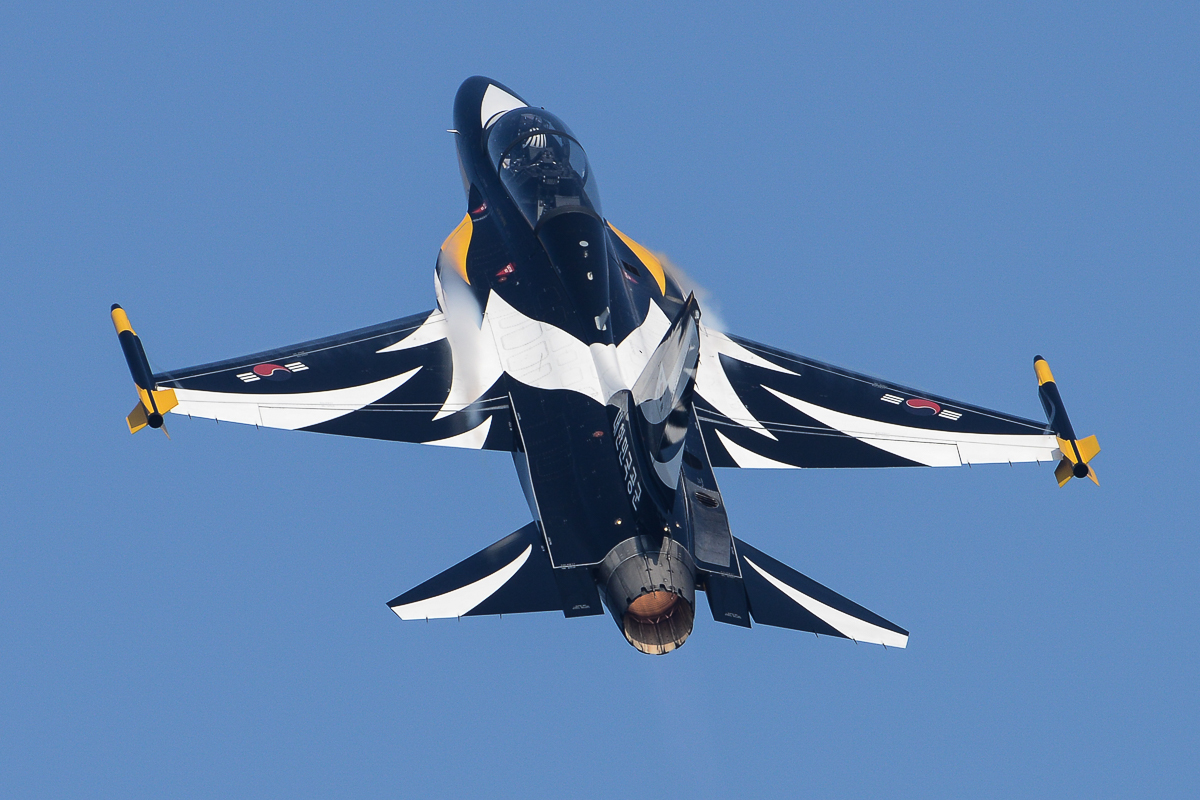 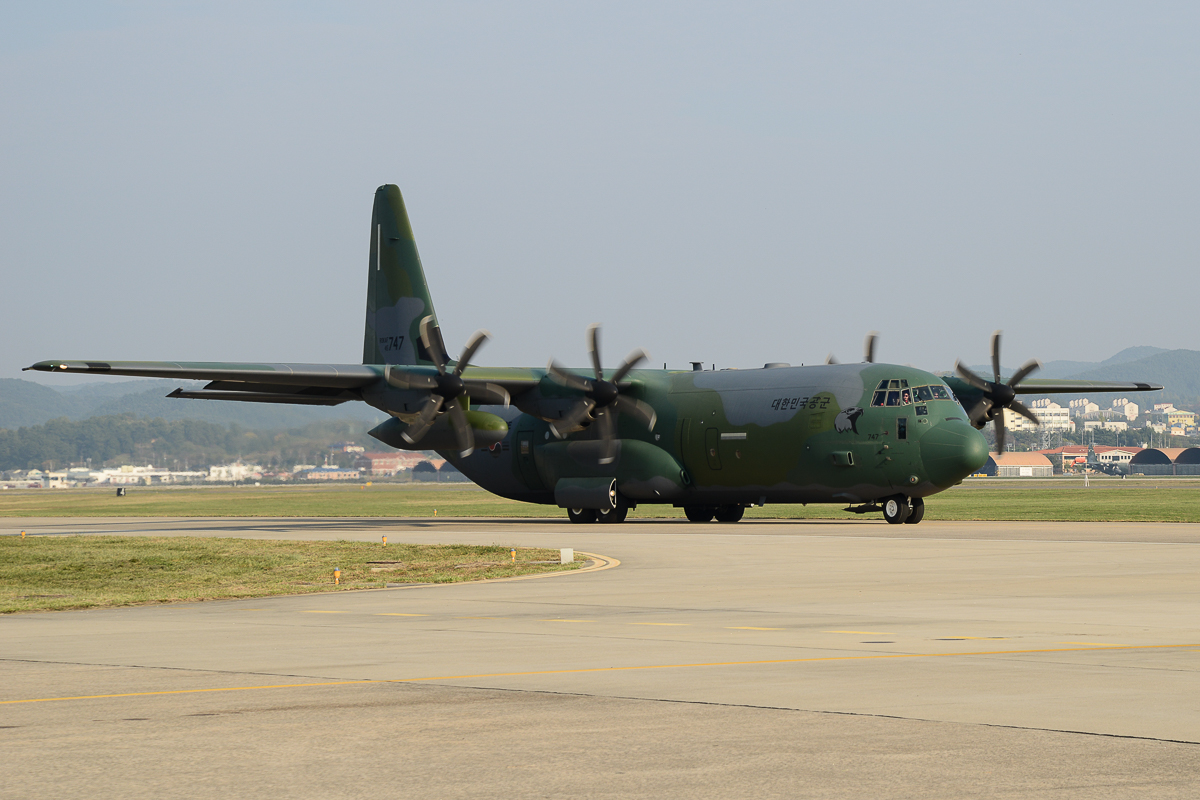