From humble beginnings as the Warana festival in 1961, the much loved celebration of all things Brisbane was in need of an update after the river city hosted EXPO ’88. 1996 saw the creation of Brisbane Festival as a biennial arts festival with an aim ‘to foster the arts’. In 1998, RiverFestival was created by Brisbane City Council as an annual, 10-day event held each September. It was a ‘river-based celebration combined with community engagement’. Carrying a broad cultural focus incorporating art, environmental science and sport underpinned by a strong sustainability message. It took advantage of the city’s outdoor public spaces close to the river, ending with Riverfire, a popular fireworks display.

In 2009, Brisbane Festival and RiverFestival were combined through a Queensland Government and Brisbane City Council initiative into one large annual international arts festival. The iconic Riverfire now marks the final day of Brisbane Festival.

In 1998 the Royal Australian Air Force were invited to ‘light up the night’ with the spectacular dump & burn from the venerable F-111, where the impression was given that the 40 foot flame streaming from the aircraft was seen to be ‘igniting’ the fireworks spectacular. Since the retirement of the F-111 in 2010 the the Royal Australian Air Force involvement has not waned. Now we see spectacular handling displays from the RAAF Roulettes (the Air Forces aerobatics display team), the Australian Army’s helicopters & sensational low level flybys from the F/A-18F Super Hornets, EA-18G Growlers & this year, the breathtaking C-17A Globemaster III.

Months and months of stringent planning and simulator training are undertaken by the RAAF crews prior to the event where they identify many obstacles and terrain along the flightpaths, all whilst maintaining a safe distance from the landmarks at all times. The full motion C-17 simulator replicates all the local Brisbane building heights terrain data, allowing the crews to execute the flypasts with an extremely high degree of safety. In the lead ups to Riverfire the crews practice the run multiple times on the simulator and again through the city in the aircraft a few days prior to the event. This ensure the highest degree of safety as well as taking in any emergency situations that may be encountered.

The Royal Australian Air Force take great pride in using the Brisbane Riverfire as a way of saying THANK YOU to the community for their continued support, both now and for many years to come. 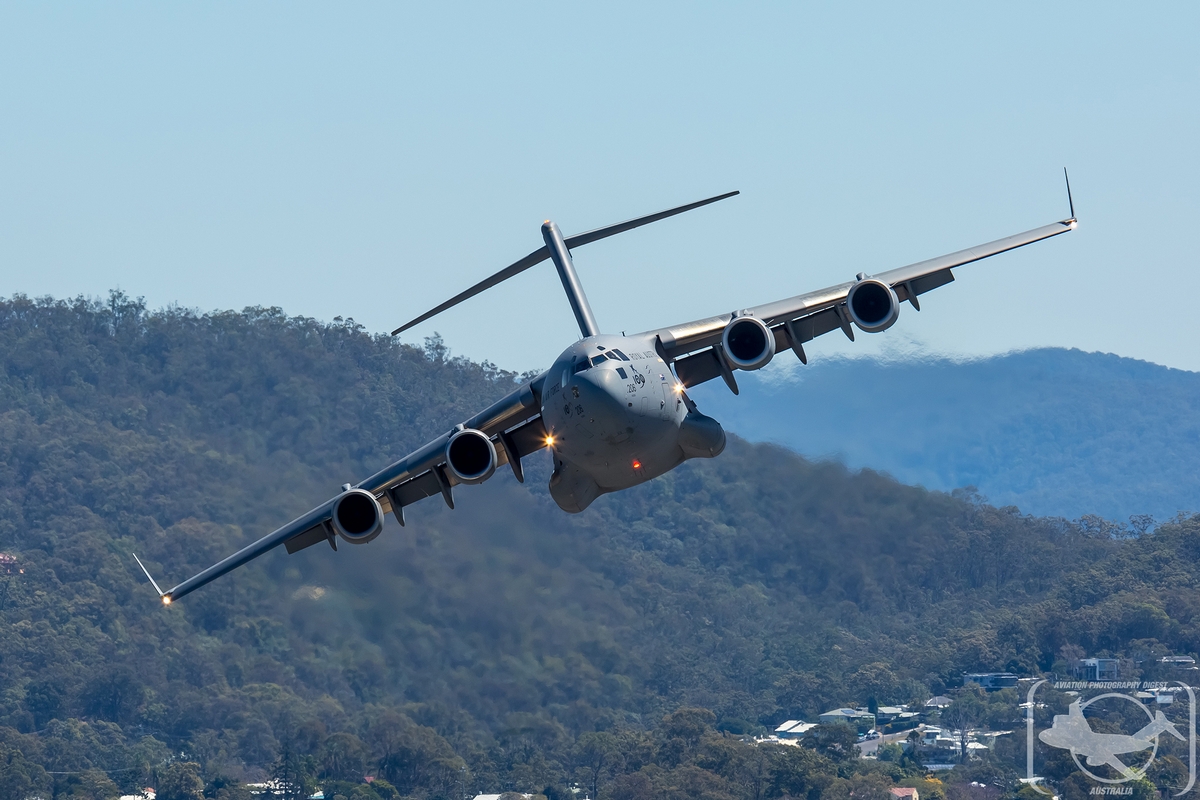 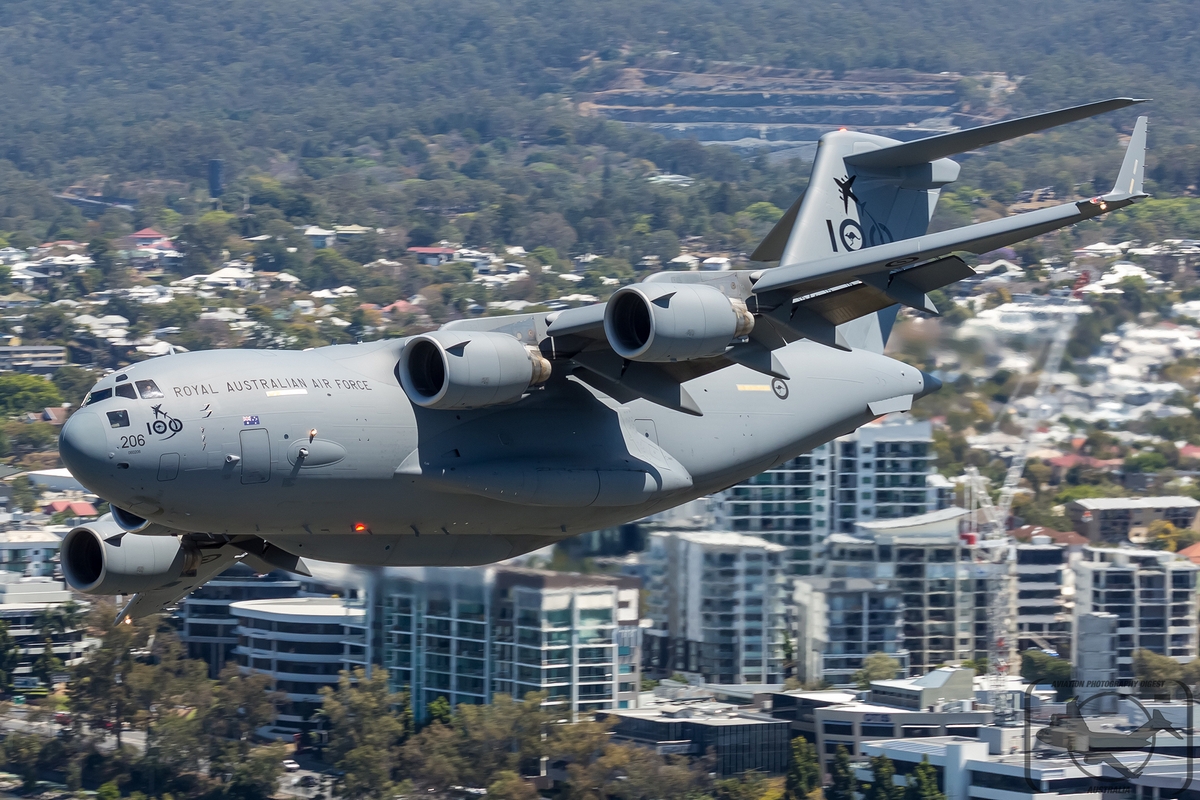 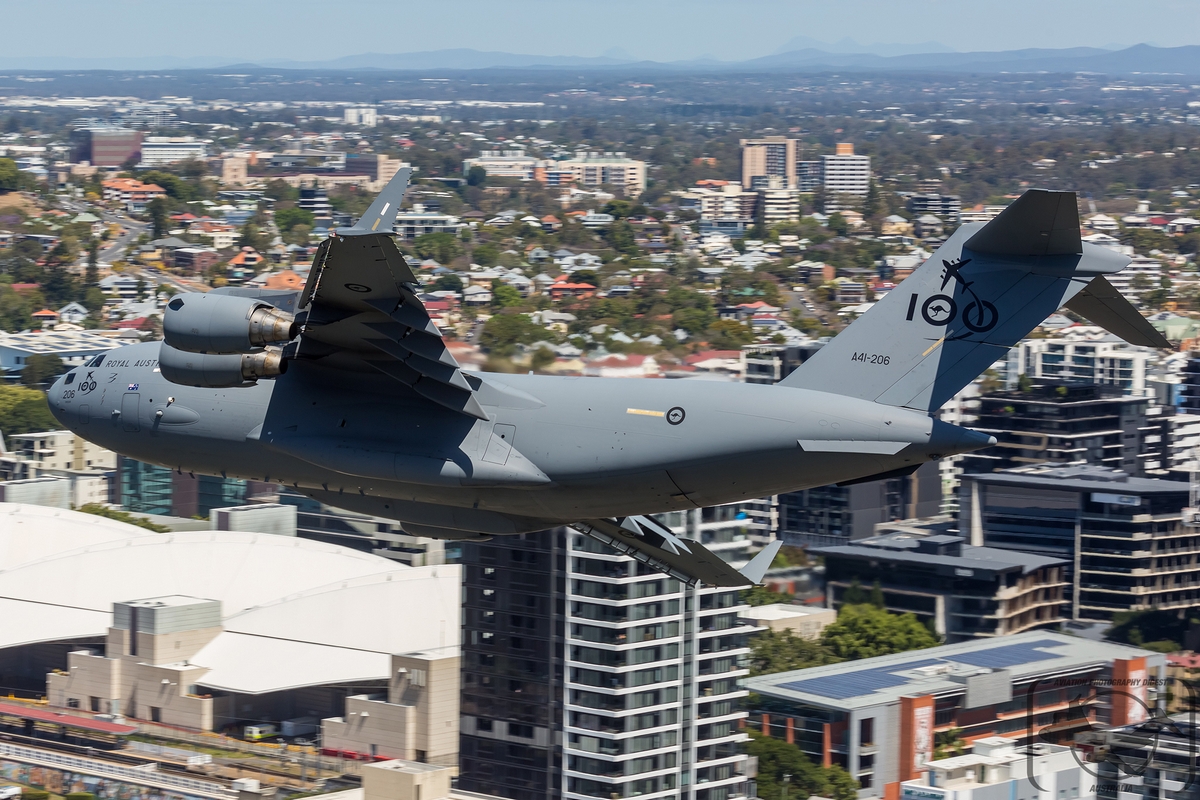 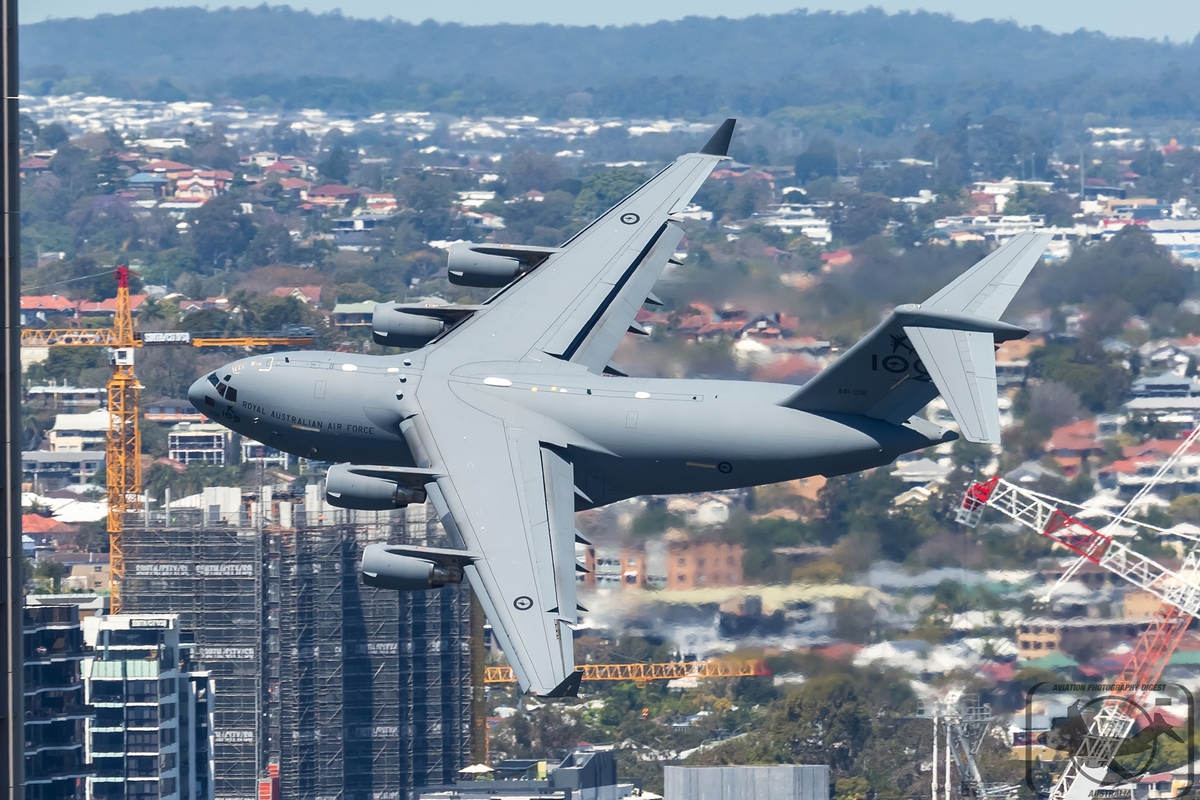 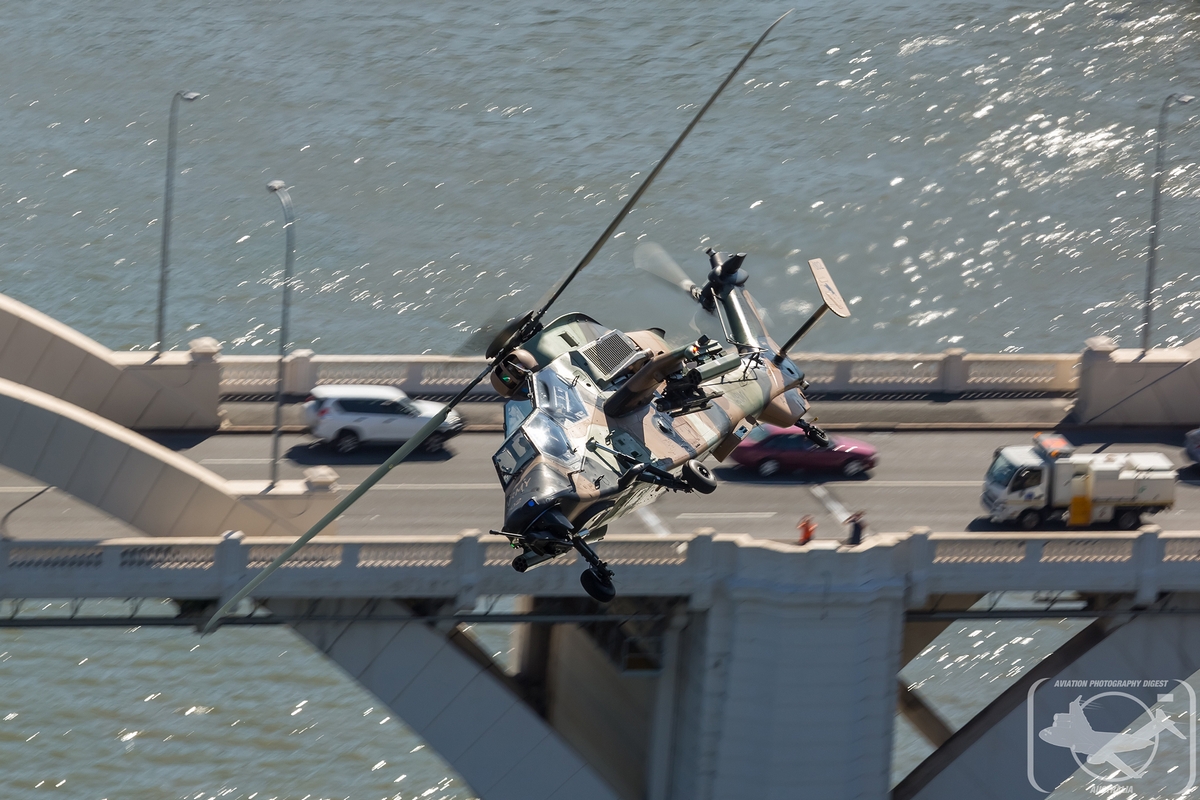 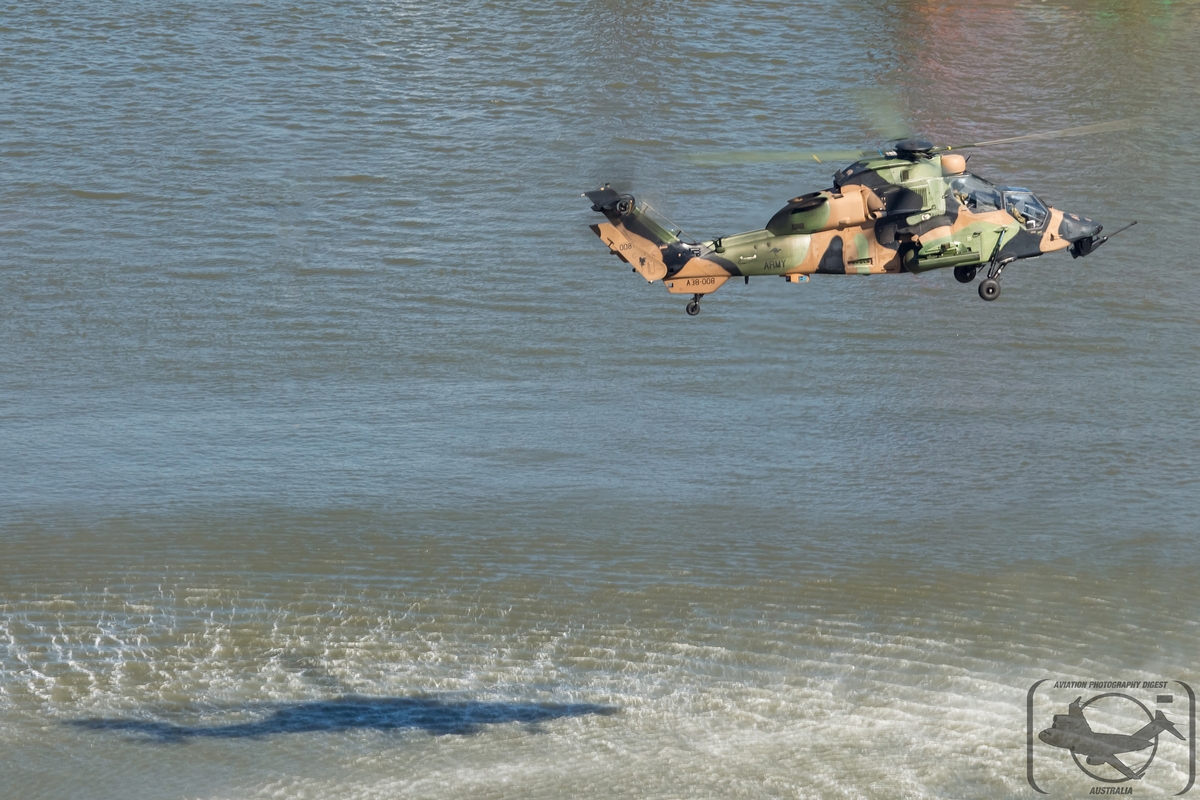 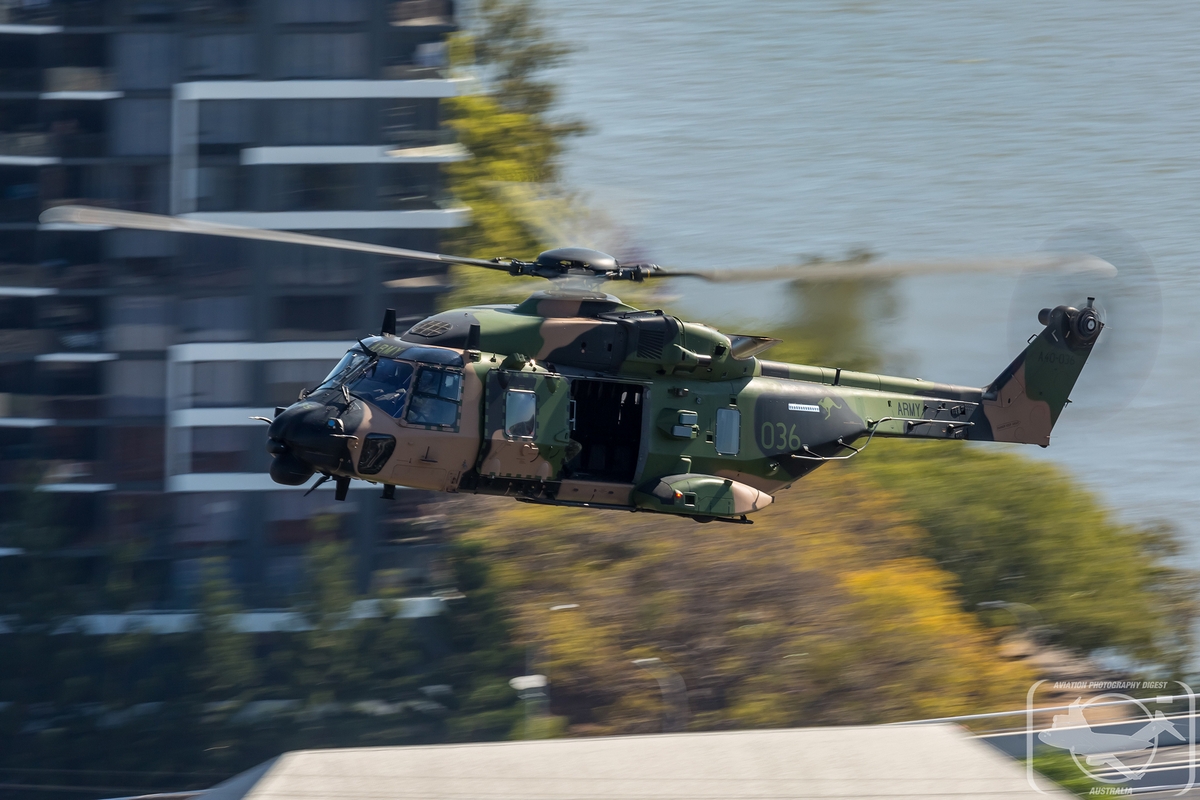 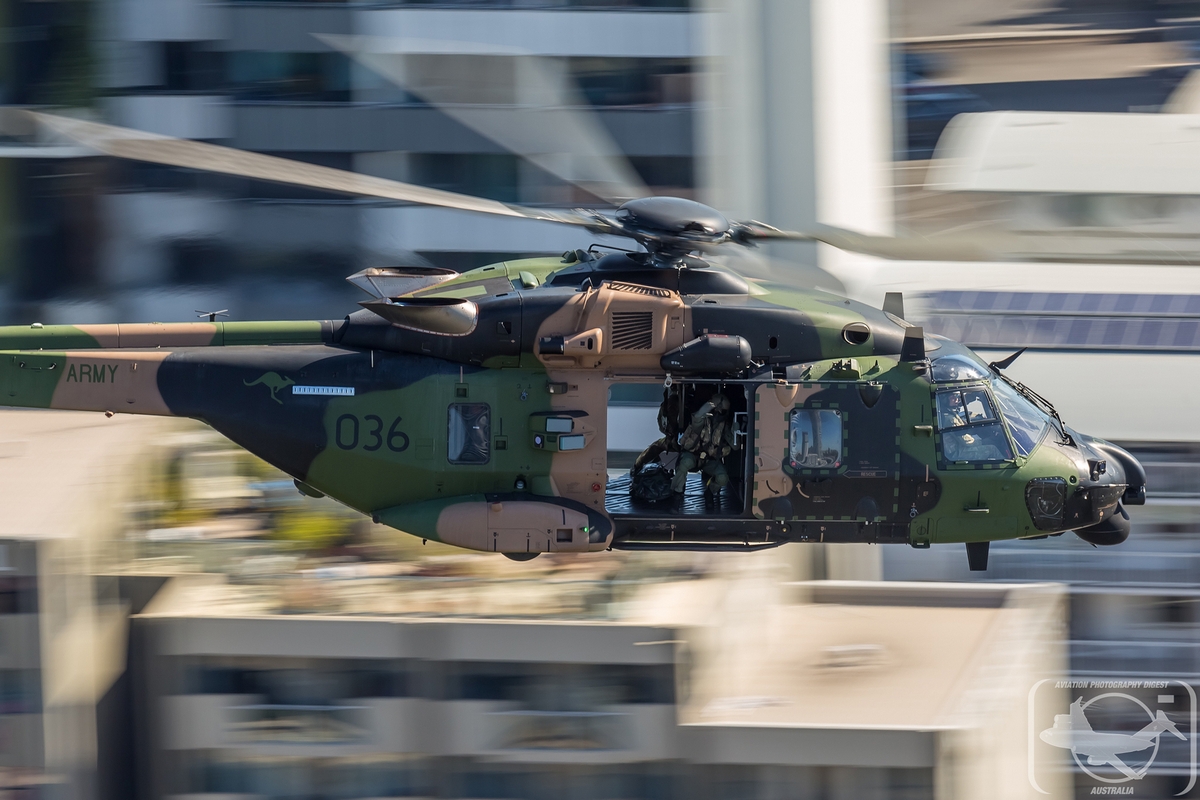 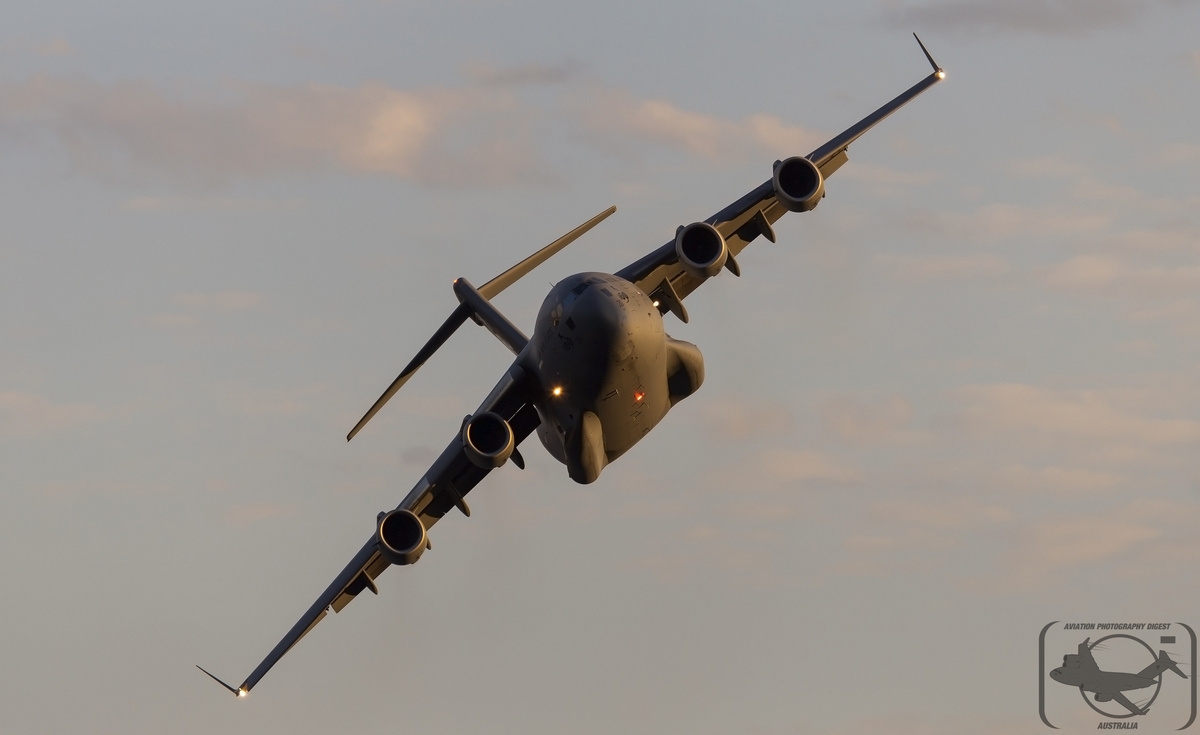 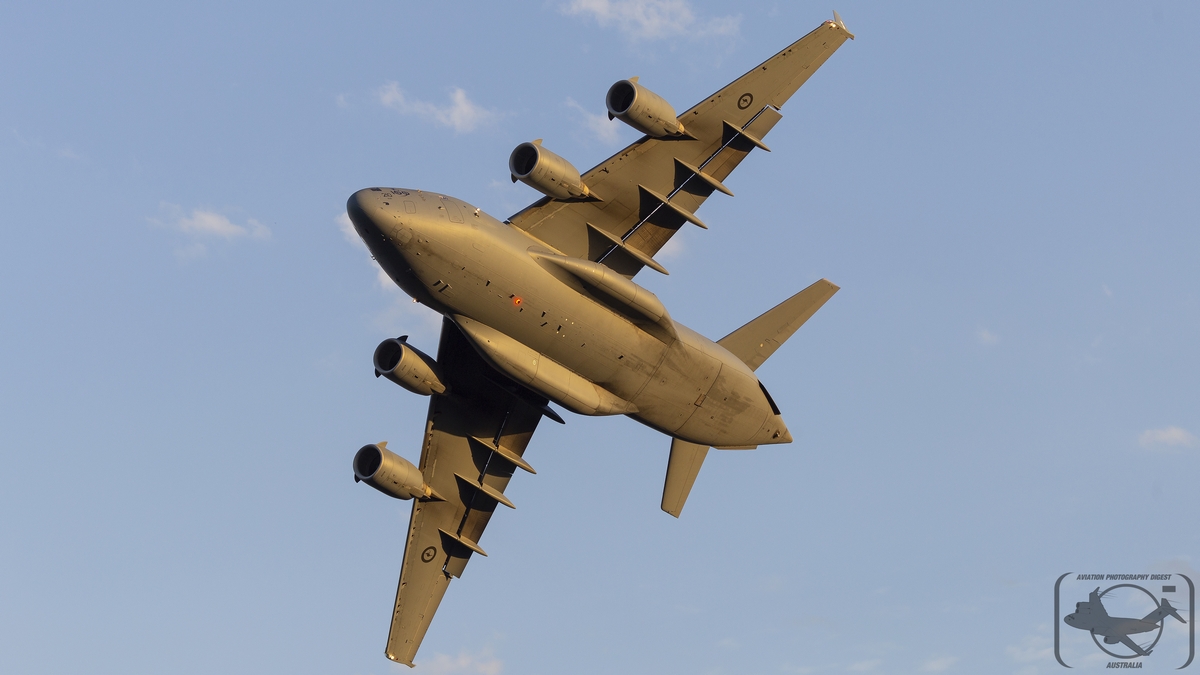 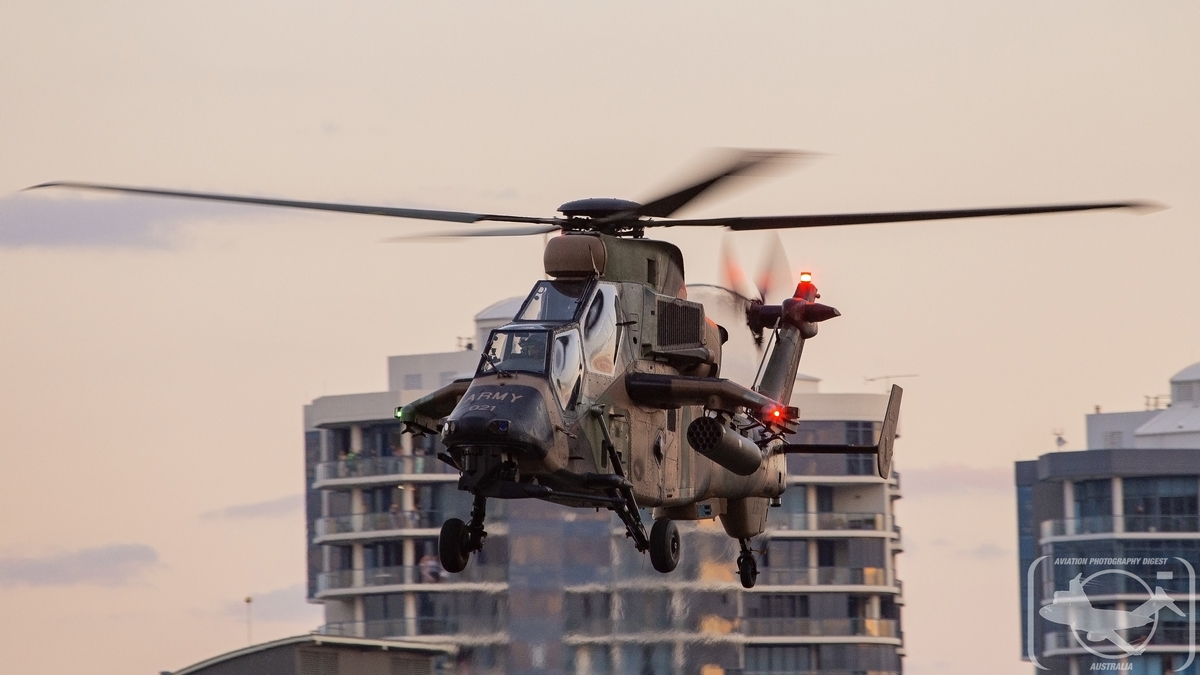 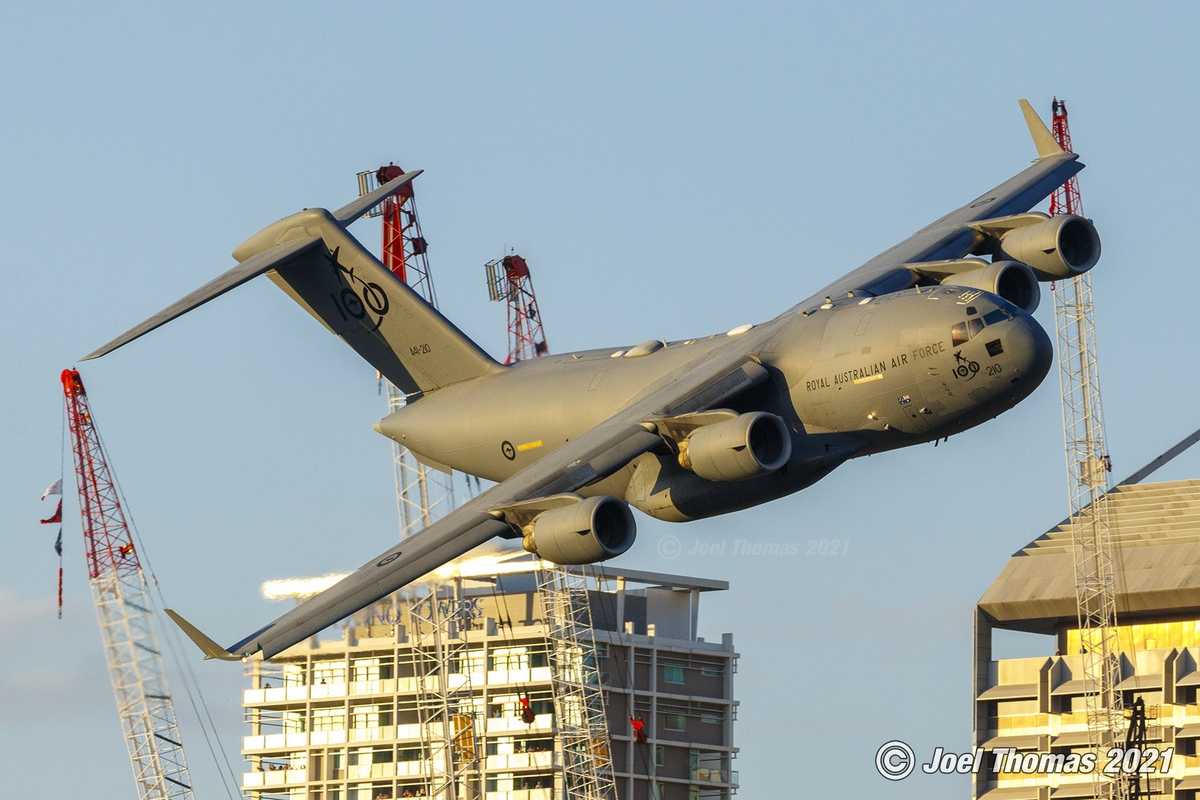 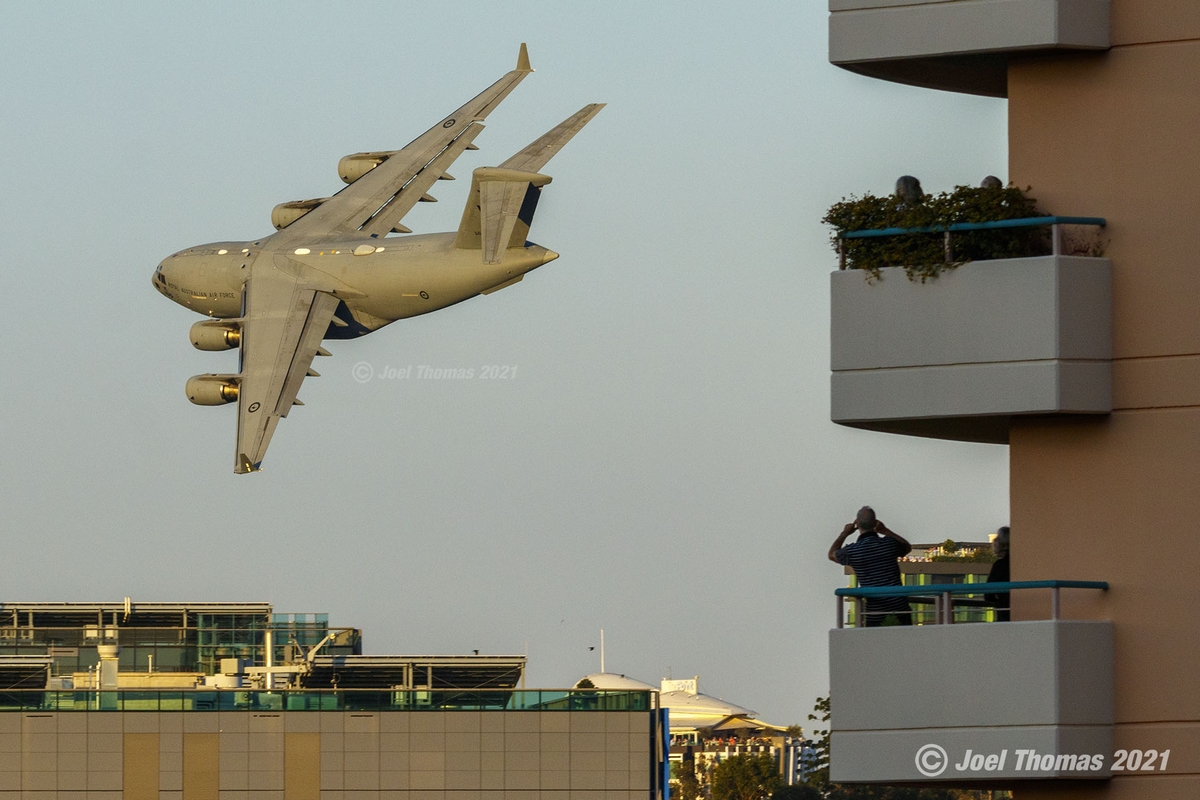 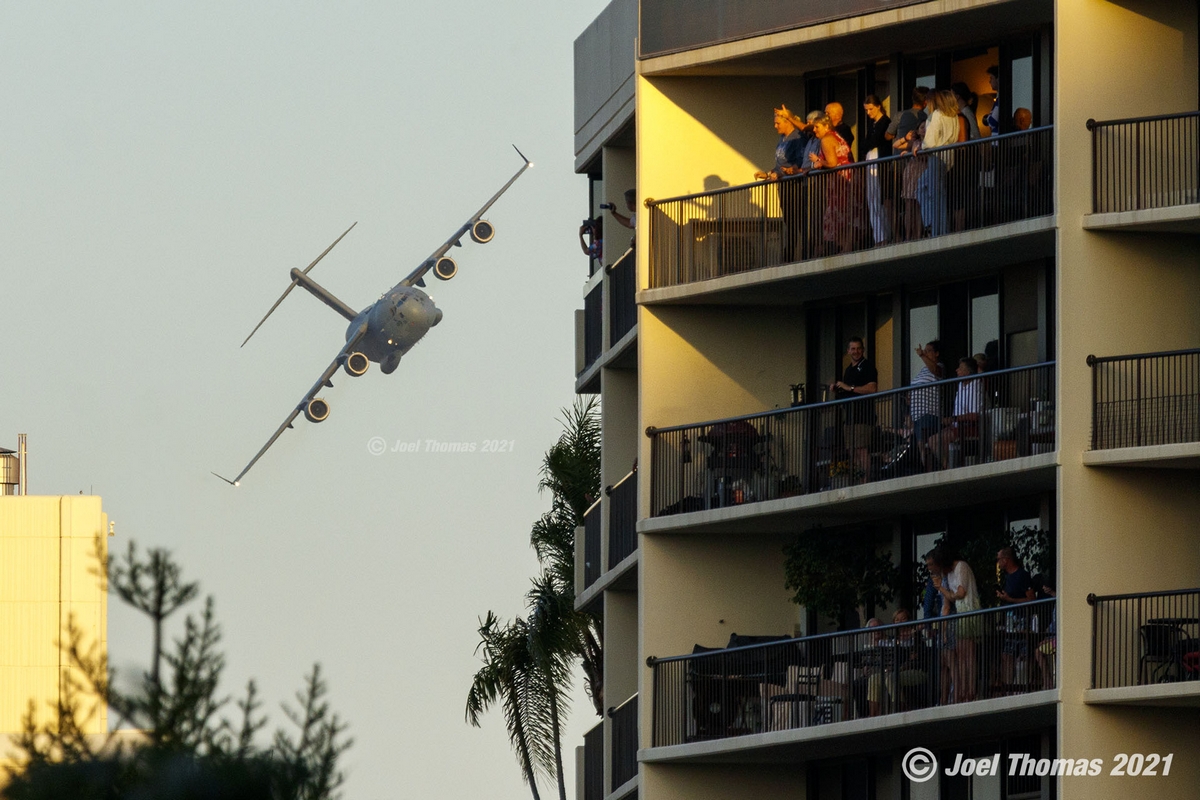 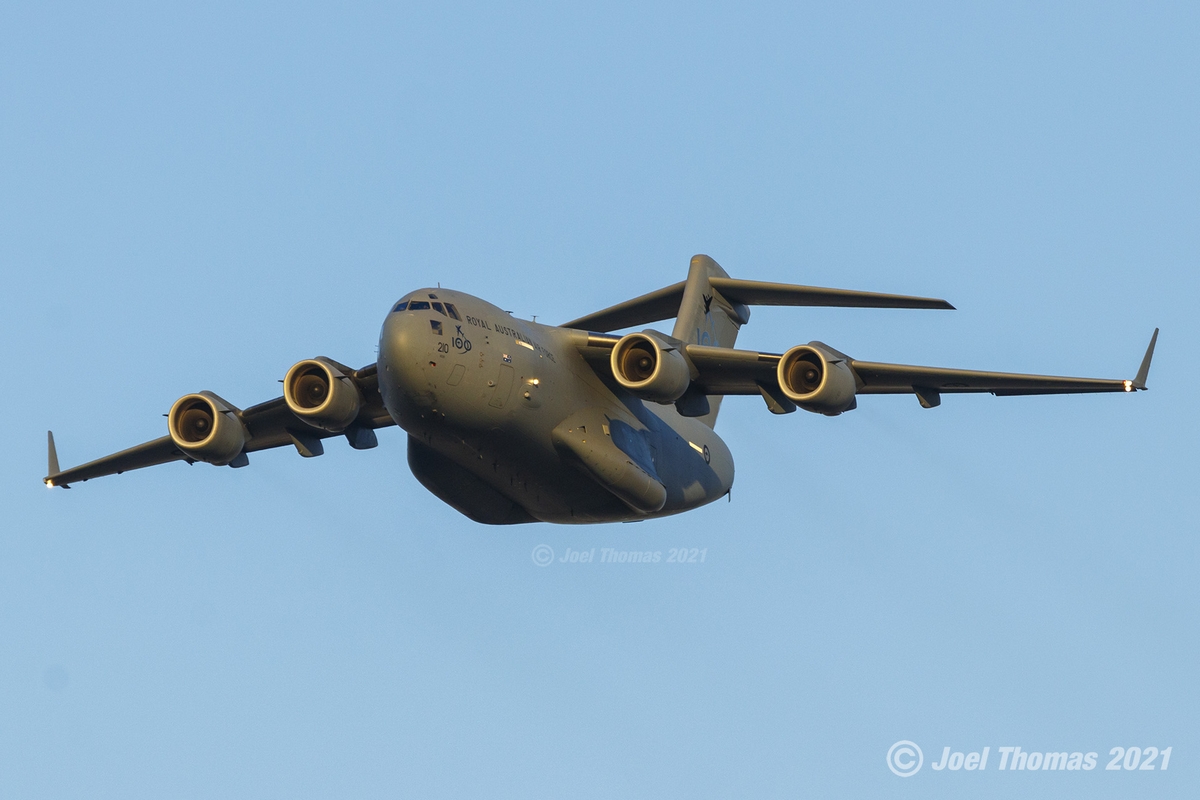 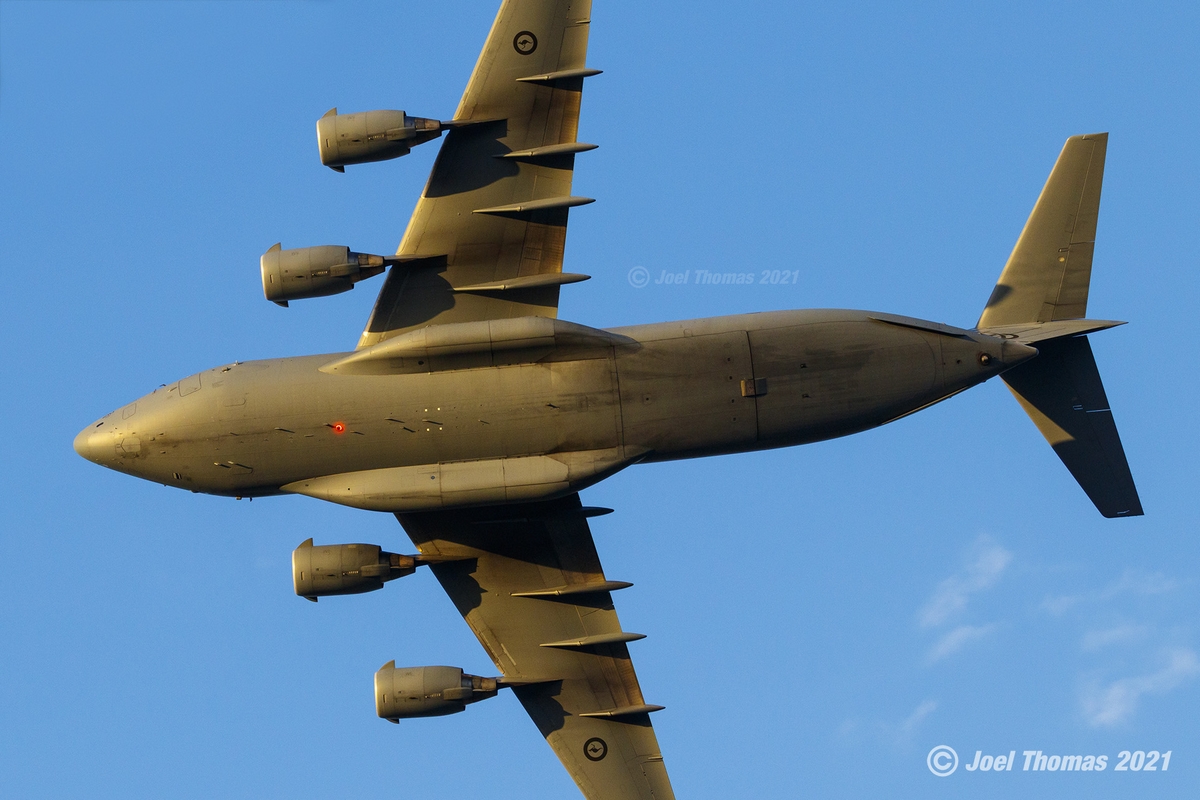 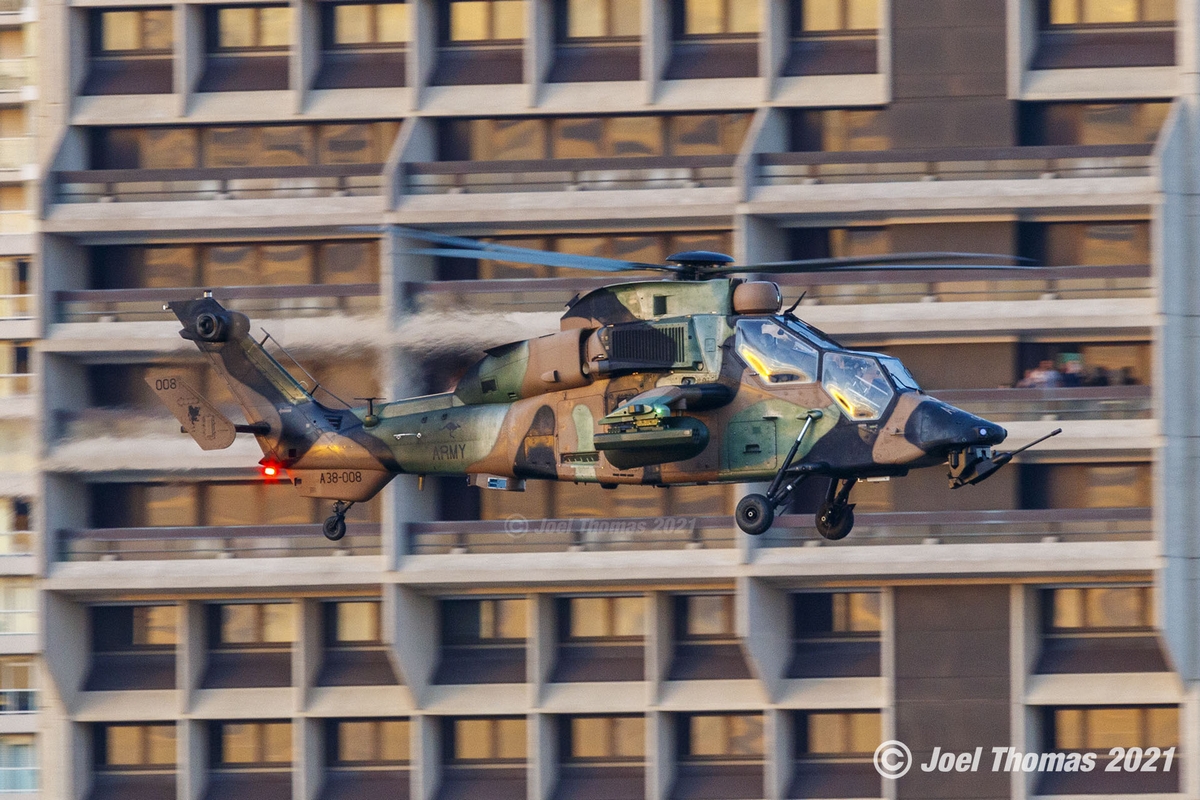 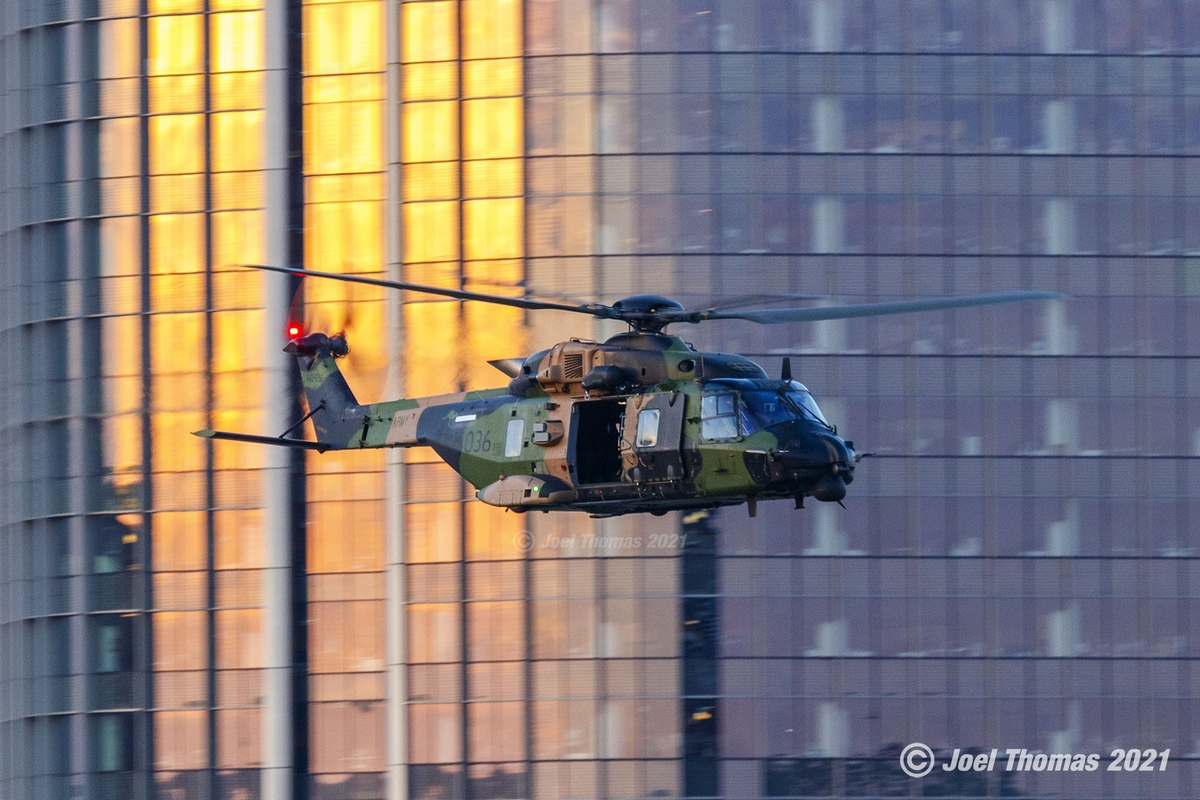 Editor at Aviation Photography Digest
Daniel Vorbach is based in Ipswich, Queensland but born and bred in Sydney. With a passion for Military & General aviation he made the jump in 2002 & moved to Ipswich just to get closer to the mighty F-111. Growing up in the shadows of Sydney's Bankstown Airport he quickly developed a passion for aviation at a very early age. A late convert from film to digital SLR cameras, Daniel uses Canon equipment.
Send this to a friend
SUBSCRIBE TO OUR NEWSLETTER
All rights reserved © Aviation Photography Digest, 2022
Subscribe to our FREE newsletter and get notified when new articles are published.
Subscribe
×