“Red Flag is important because of what it provides,” said Maj. Jeffrey Falanga, 414th Combat Training Squadron director of operations. “It provides our training audience a realistic environment enabling them to practice in all domains–air, ground, space, and cyber–and also to be able to practice interoperability with not only US, but joint and coalition forces. Which is important since we’ll operate with these forces in our next engagement.” 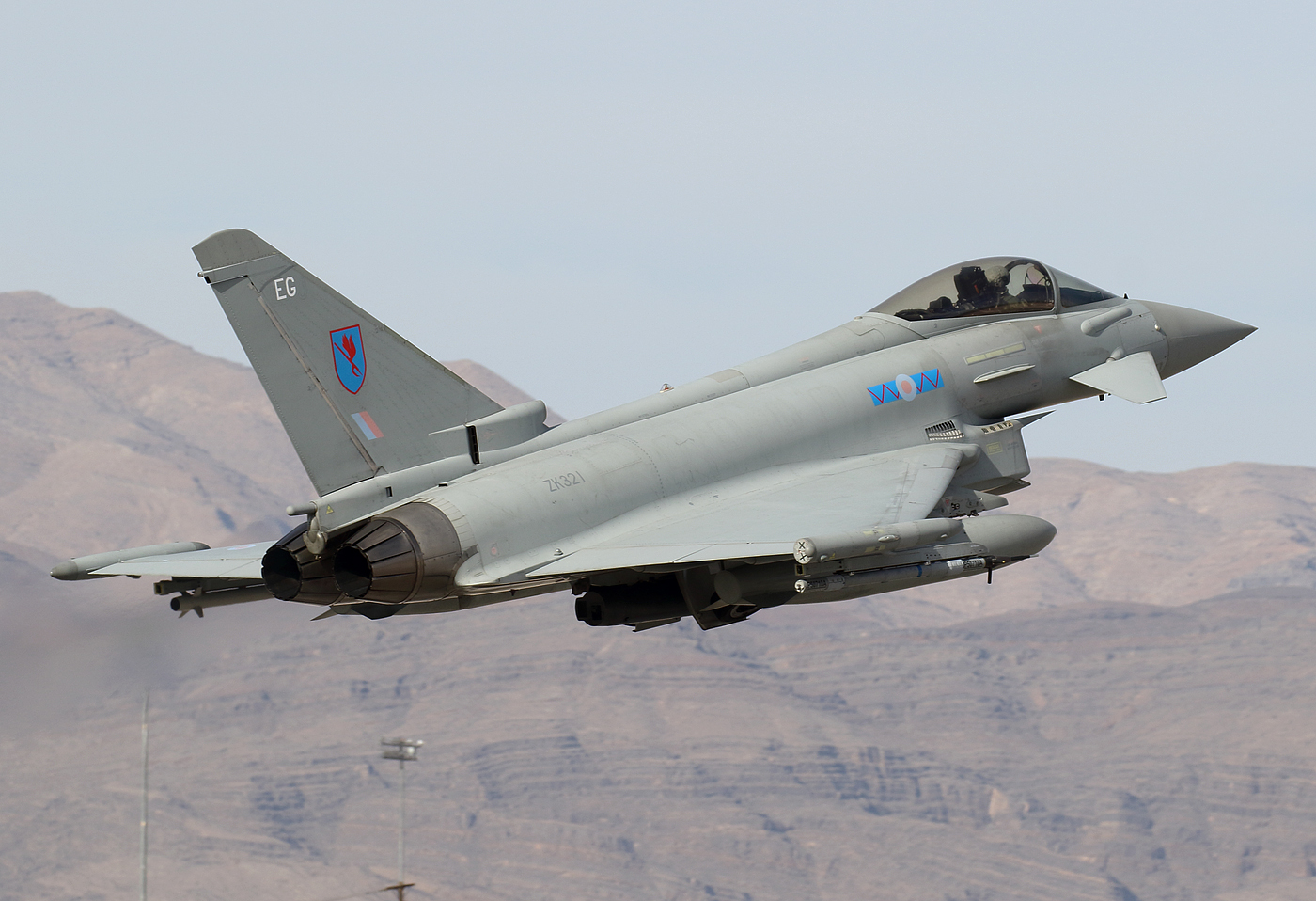 The “Blue Forces” are the friendly forces and flew a mix of third, fourth and fifth generation fighters. The F-22 and F-35 made up the fifth generation contingent and demonstrated their systems integration capability. They also incorporated intelligence, cyber and space information to better support fourth-generation pilots by suppressing targets and dominating airspace. The “Red Air” (adversaries) were comprised of the 64th Aggressor Squadron flying F-16s and civilian contractors in A-4 Skyhawks.  In addition, to keep the threat level very high, some Florida Air Guard F-15s, Wisconsin Air Guard F-16s and some Shaw Air Force base F-16 aircraft have augmented the Red Air participants. The total number of Red Air aircraft in a mission have been 22-24.

The F-35A aircraft came from the 34th Fighter Squadron which is part of the 388th Fighter Wing out of Hill Air Force Base in Utah.  “Our Airmen are excited to bring the F-35 to a full-spectrum combat exercise,” said Col. David Lyons, 388th FW commander in a USAF interview. “(The Red Flag) battle space is going to be a great place to leverage our stealth and interoperability. It’s a lethal platform and I’m confident we will prove to be an invaluable asset to the commander.” 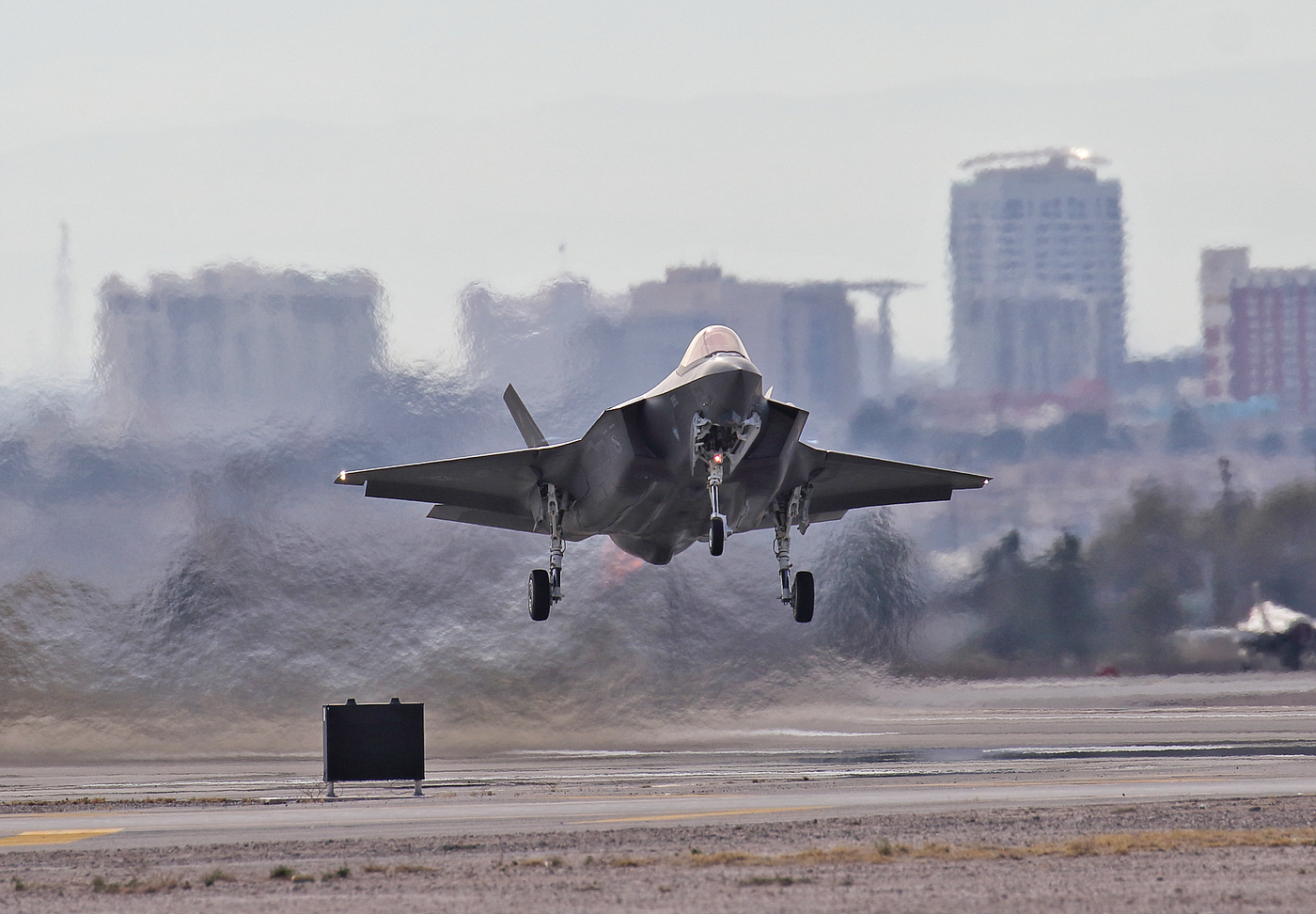 Lt Colonel George Watkins , the Commander of the 34th Fighter Squadron described the F-35s role in the exercise “We brought 13 F-35s from Hill Air Force Base down to Red Flag. This is the first Red Flag participation of the A model.  The F-35 complements the F-22 as a 5th generation platform. They are designed for air to air and we are designed for the suppression of enemy air defense mission. So finding the advanced SAMs and locating them. We can see the ground through the weather with our SAR mapping radar, detect a threat and take it out before it’s a factor to the other aircraft out there. That’s what we’ve been training to do here.”

He went on to say “Our missions that we are flying here with the F-35 are the same missions that the other aircraft are participating in. We’ve got defensive counter air which is where we’re defending a territory against aggressor forces. We’ve got air interdiction where we’re trying to strike targets deep in enemy territory and we’ve got dynamic targeting missions where we’re trying to find targets on the fly. We’re detecting the threats, finding them on the ground and then trying to hit those targets. Those are our three primary missions.” 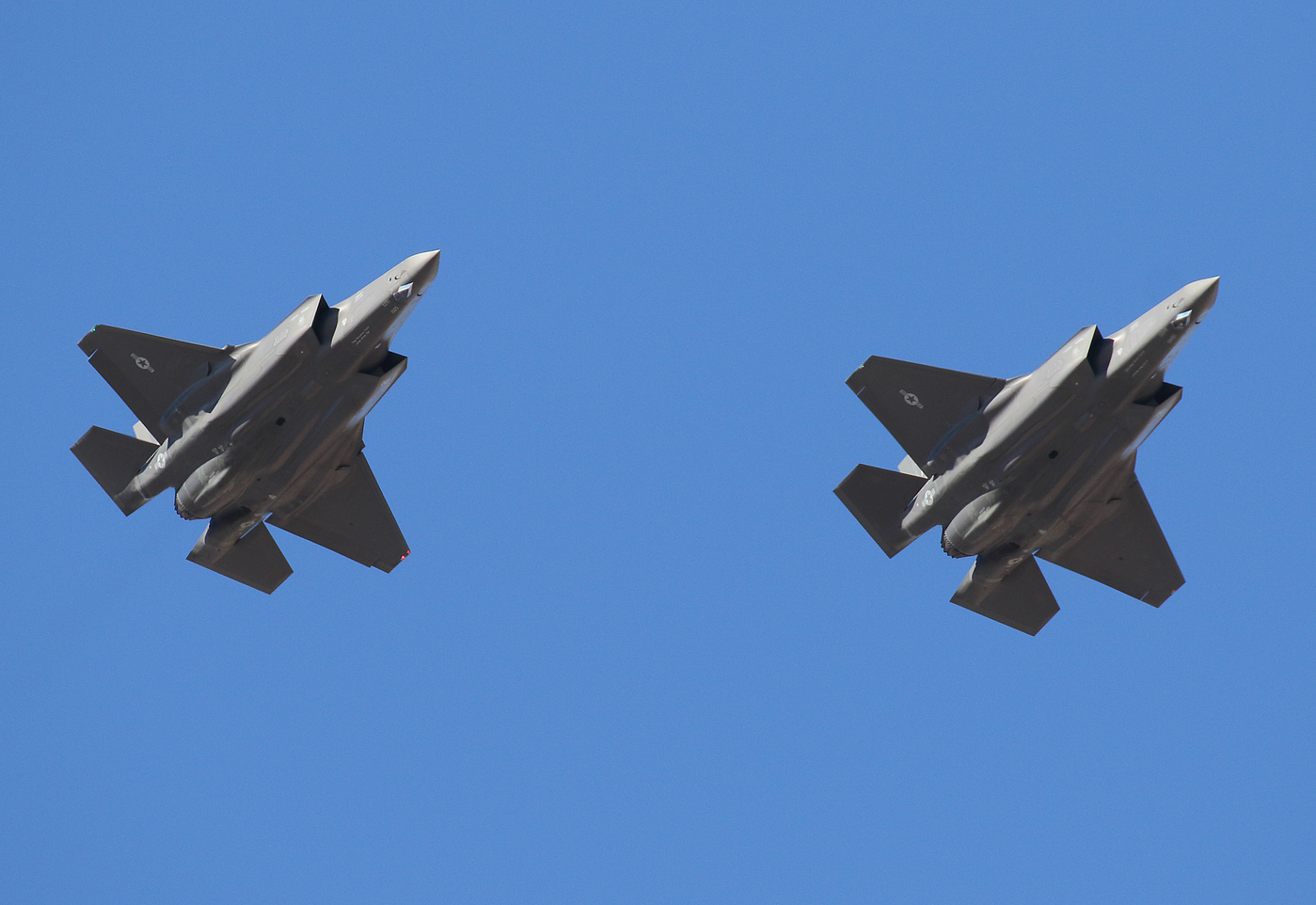 Lt Colonel Dave DeAngelis, Reserve Detachment commander from Hill AFB, addressed some of the integration between the F-35 and the other aircraft “The thing that’s nice about the F-35 is that we transmit across the Link 16 community. Link 16 is a network which all the aircraft are on, so we’re able to transmit our positions. When I fly with our 4th gen aircraft, they’re able to know exactly where my position is. They’re able to see what some of my sensors are doing as well, so we’re able to help them out. At times there are some high end threats on the initial vul of Red Flag, kind of when we first start flying, so the F-35s and F-22s will go and initially take out those high end threats and that enables the 4th gen aircraft to go in when there are lower threats out there. That’s what we’ve been able to do for the past 2 weeks here at Red Flag.” 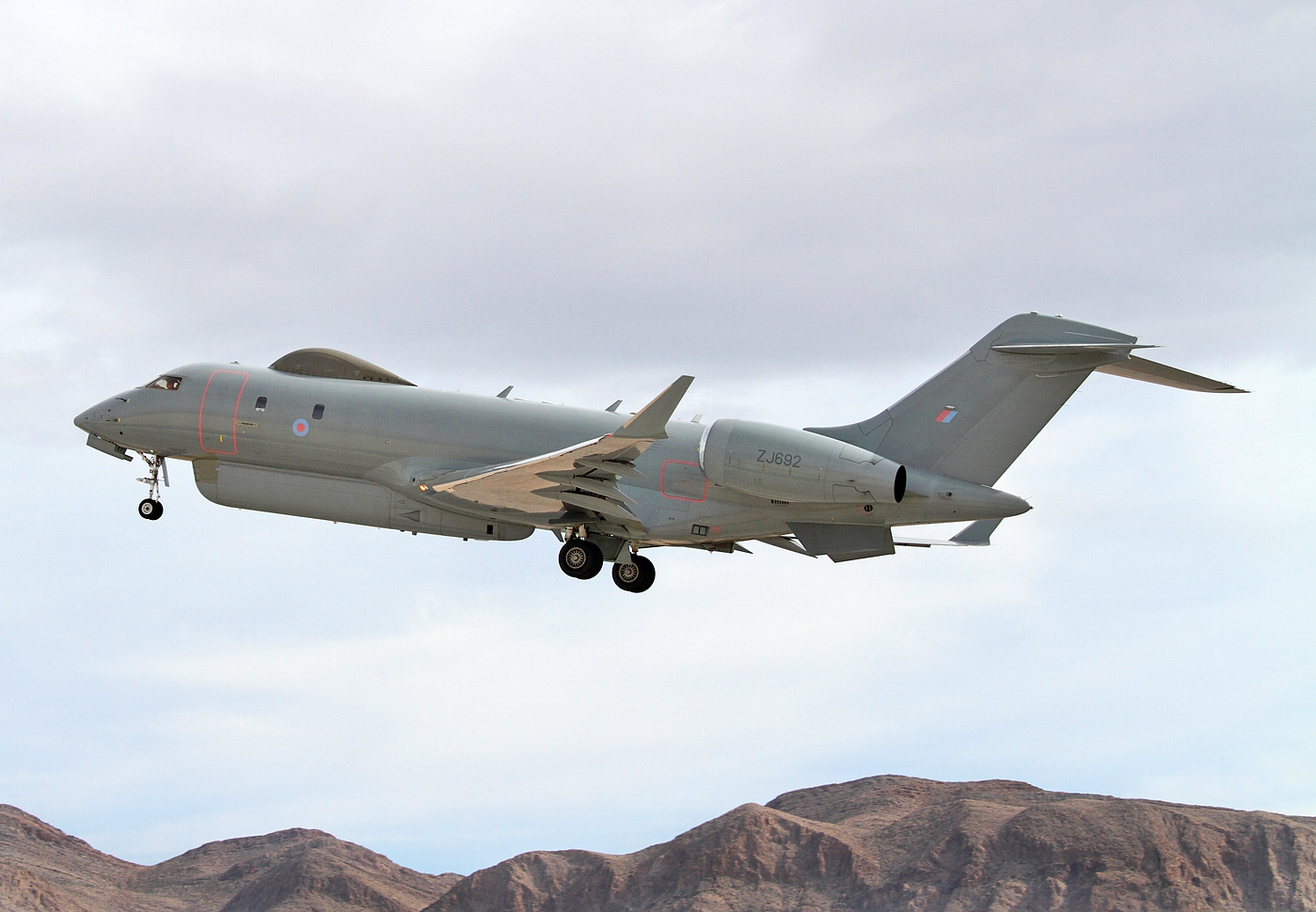 The Royal Air Force brought various assets to this exercise led by Wing Commander Billy Cooper.  When asked what kind of missions the RAF are flying and what do you hope to learn from the process, he replied, ” We brought eight Typhoon aircraft with us from which we’re flying 2 waves of 6 aircraft each day. The majority of what we’re doing is air to air fighting, but as a swing role platform we’re carrying bombs on some of the missions as well. Some of the time we have been using the F-35 to find some of the integrated air defense systems and on occasion the Typhoons have been dropping the bombs on those targets. A lot of the time we’re out in front of the package and providing air to air cover and quite often an F-35 is providing some of the Link 16 picture that we are able to use to generate situational awareness for us.”

Wing Commander Cooper added,  “The UK is due to take delivery of the F-35B variant to work as a V/STOL platform off the Queen Elizabeth class carriers. These aircraft will be operated by the Royal Air Force and the Royal Navy. So we’ll be working a fourth/fifth gen mix of Typhoons and F-35Bs in the future. These sorts of exercises are critical for us to gain experience, to develop our tactics and operating procedures so that we can operate effectively in the future.”

The Royal Australian Air Force brought the Boeing E-7 Wedgetail, an airborne command and control platform to the exercise. This Red Flag gave the RAAF an opportunity to work alongside and gain experience integrating with the F-35, the F-22 and the EA-18G Growler. The first two RAAF F-35s will be arriving in Australia next year and they are also acquiring the Growler as well. The RAAF’s F-35A and EA-18G are set to make an appearance at the Avalon/Australia International Airshow this month. 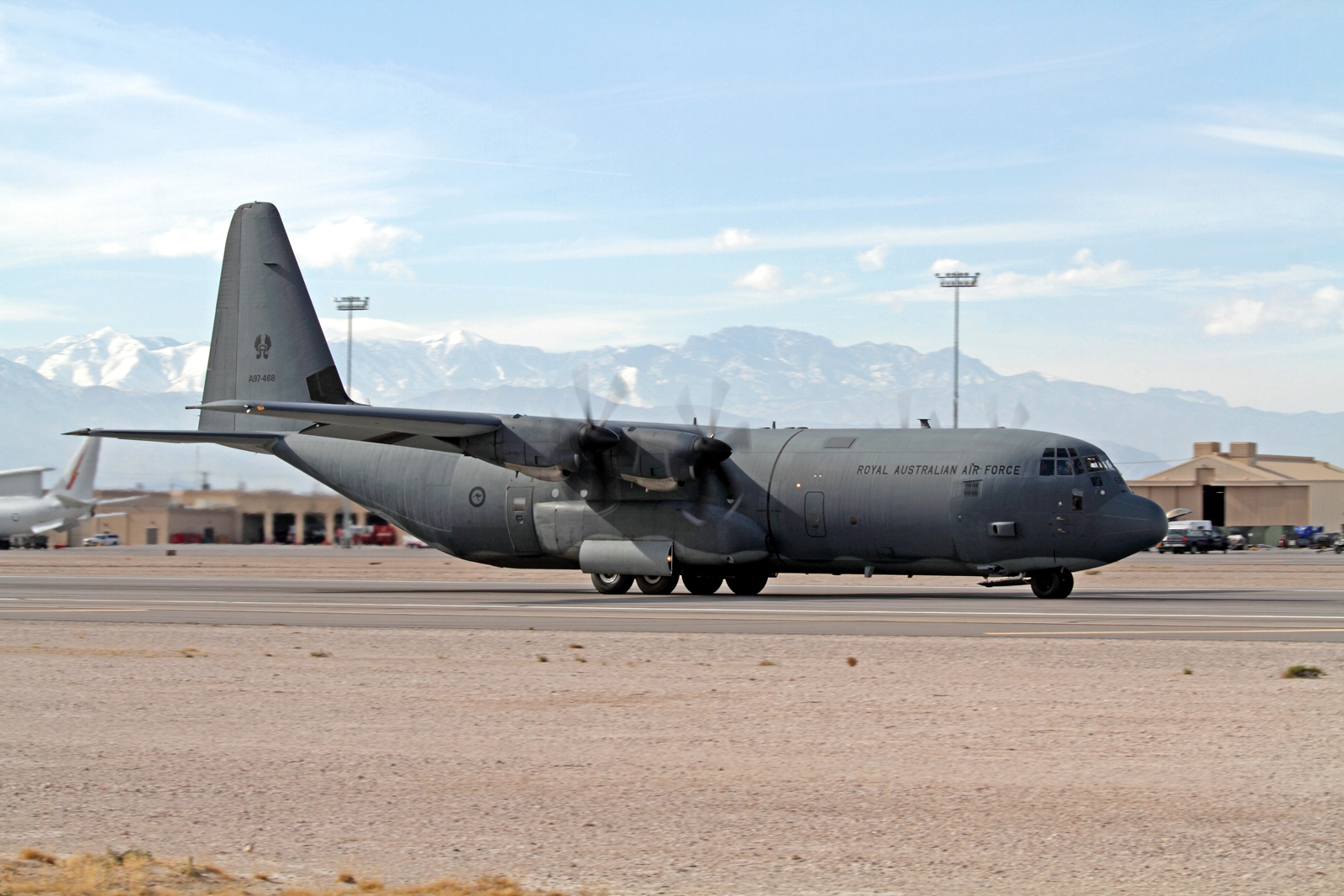 The Australian contingent was led by Group Captain Stuart Bellingham. When asked about the RAAF’s role and what they expect to take away, he replied, “Australia has got about 200 personnel in this exercise, we’ve got a number of capabilities, the E-7 Wedgetail and the C-130J. We have control center personnel in the tactical C-2 element and  we have special combat forces, as well as intelligence personnel and personnel embedded in the Combined Air and Space Operations Center. This exercise is fundamental to our force preparation and our cycle. We have been coming to Red Flags for over 30 years, and they are key. We get outstanding coalition integration alongside our key allies… The framework that the Red Flag team put around that to enable learning, is kind of grueling and rigorous, but all of our personnel are getting some great value out of this exercise. We’ll take that back and feed it straight into our force preparation and that translates into our operations right now in the Middle East. Our forces will use this as part of those preparations for high end war fighting. “

RAAF personnel led the key command and control node in the Combined Air and Space Operations Center. This is significant as it is the first time a coalition nation has performed this role during a Red Flag exercise.

According to the panel participants, this Red Flag featured an unprecedented amount of advanced threats against the aircraft. These included more and higher skilled “Red Air” adversaries, the amount of jamming taking place and the increased amount of surface to air missile threats – as many as three or four different advanced surface-to-air-missiles in one scenario.  Since they can’t always be seen by the naked eye, this is where the integration with cyber and space come into effect in aiding the fifth generation fighters with finding targets for the fourth generation assets to attack. 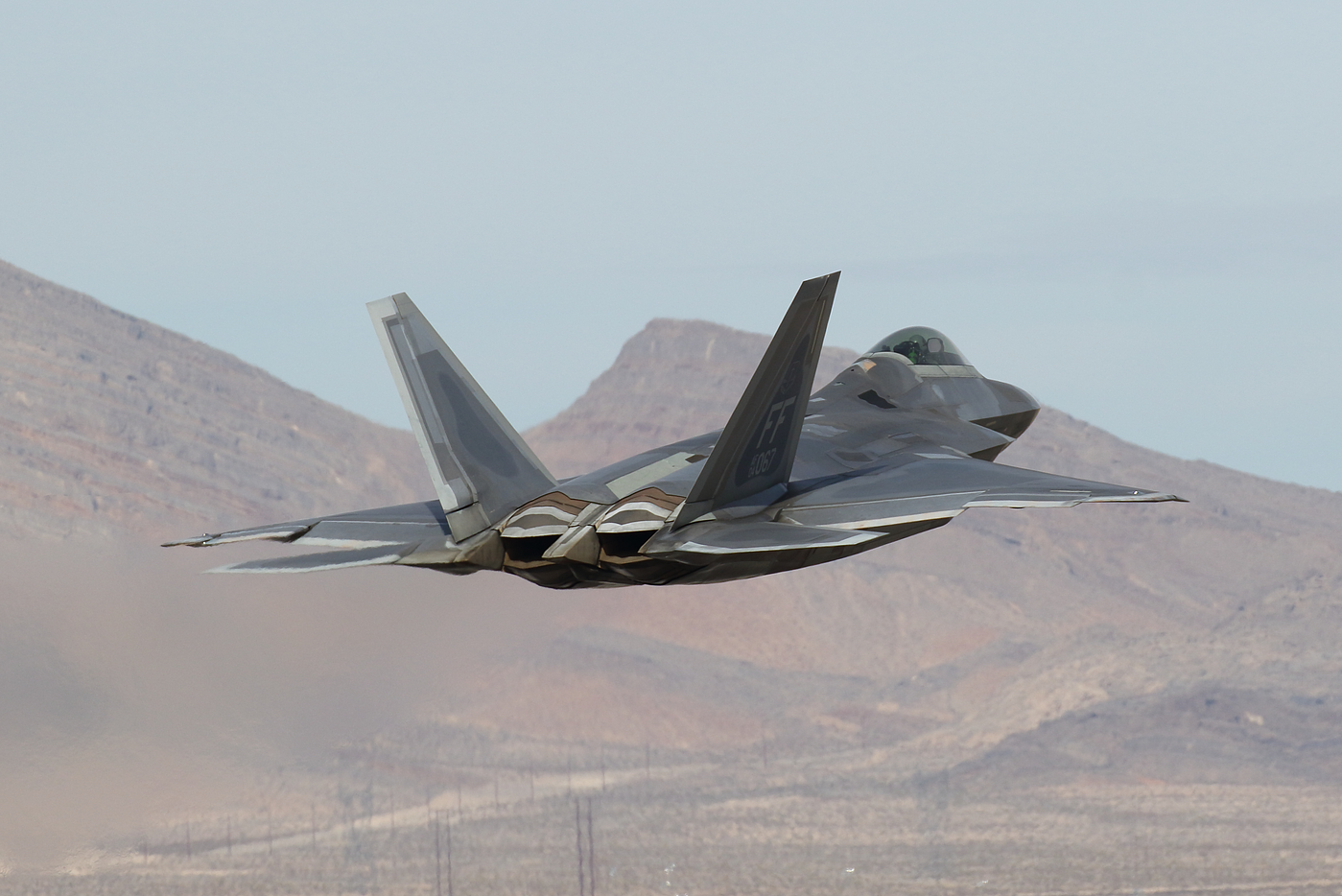 Since this Red Flag was the debut of the USAF F-35s, interest was expressed in what the F-35 kill ratio was. According to USAF Maj. Gen. Jerry Harris Jr., Deputy Chief of Staff for Strategic Plans, Programs and Requirements, the kill ratio of the F-35 for this exercise was 20-1. This refers to 20 adversary jets lost for each F-35. This statistic came from testimony before the House Armed Services Committee.

For Royal Air Force Group Commander Graham Pemberton, Airborne Early Warning deputy commander, this Red Flag not only gives the United Kingdom and Australia the opportunity to enhance tactics, practices and procedures across domains with its U.S. allies, but it is also helping them better understand the capabilities of their next aircraft:, the F-35B, and continuing training with both fifth generation fighters alongside fourth generation assets, is vital to success in a multifaceted battlefield. 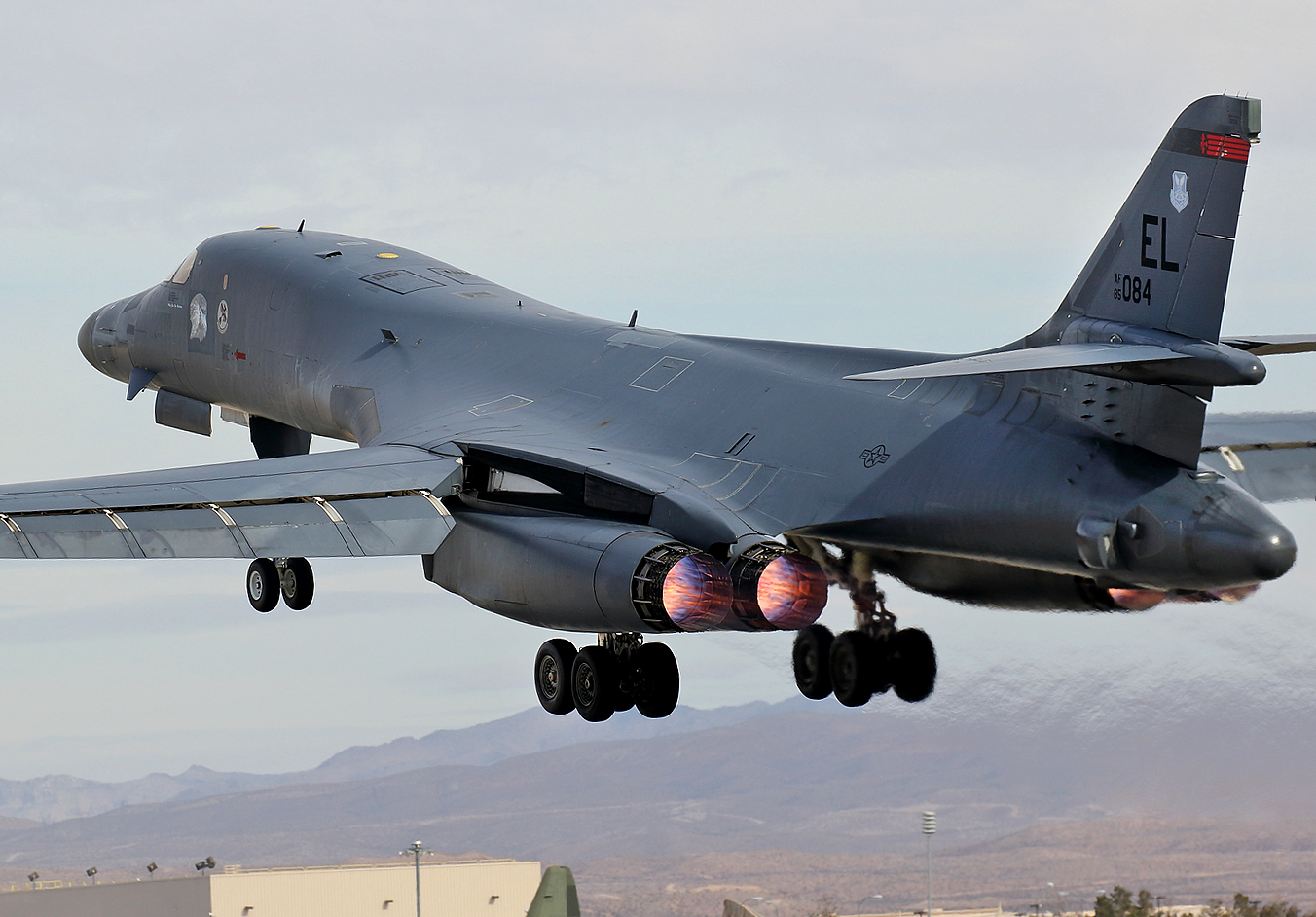 “I think what has really changed with the fifth generation is how are we going to take on what we face in the future with really complex surface-to-air missile systems and layered defense systems that we have to try and unpick,” said Pemberton. “Space helps us go over it, cyber helps us go under and through it, and fifth-generation assets with fourth-generation support help us go into it, and Lightning with Raptor gives us the real ability to do that on our terms.”

More than 80 aircraft participated in the three week exercise, flying two missions per day. This exercise provided Red Flag participants with valuable training in planning and executing a wide variety of combat missions.

Aviation Photography Digest would like to thank the Nellis 99 Air Base Wing/Public Affairs Office , SrA Joshua Kleinholz
and MSgt James T. Smith for their assistance and cooperation 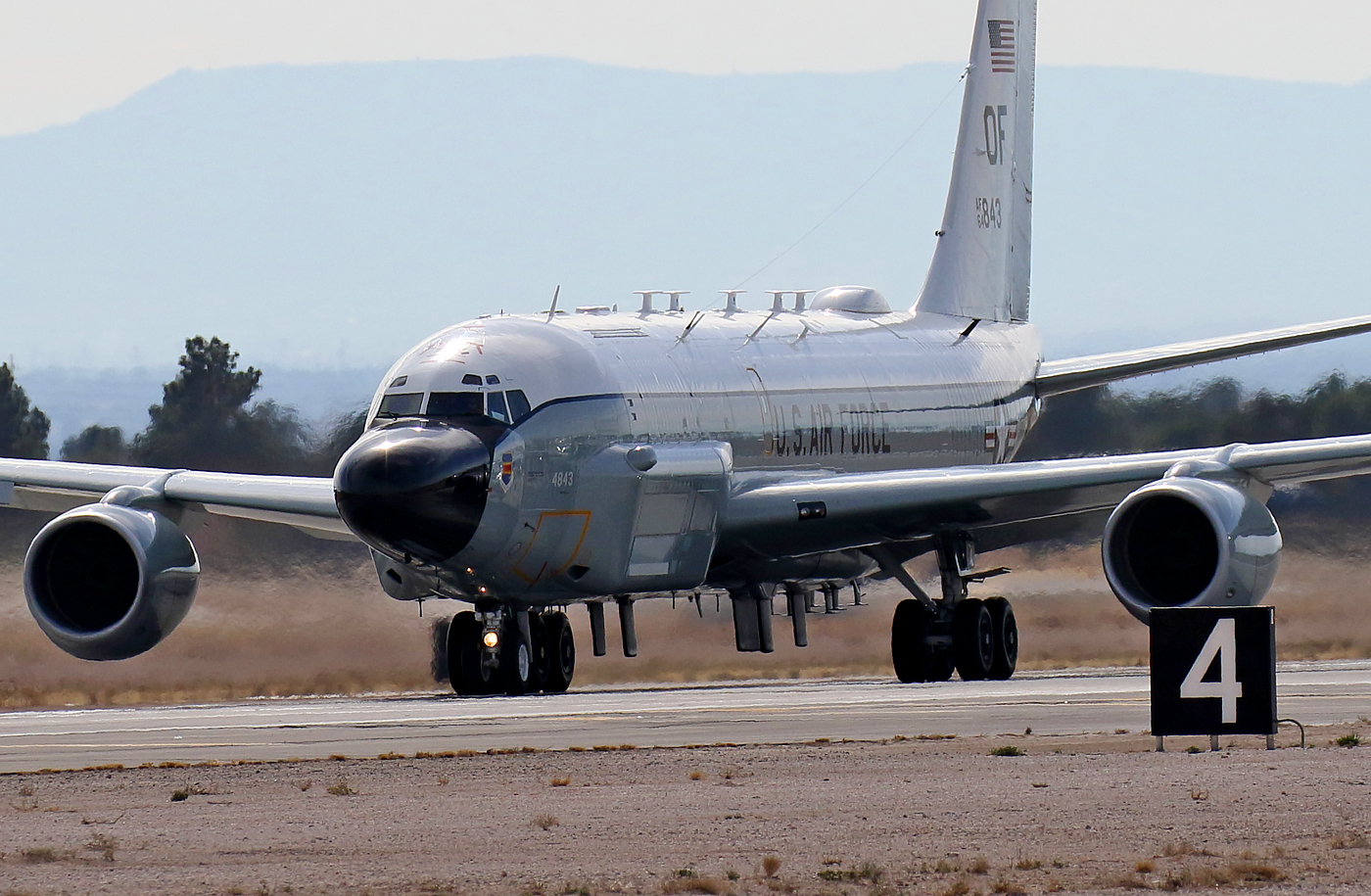 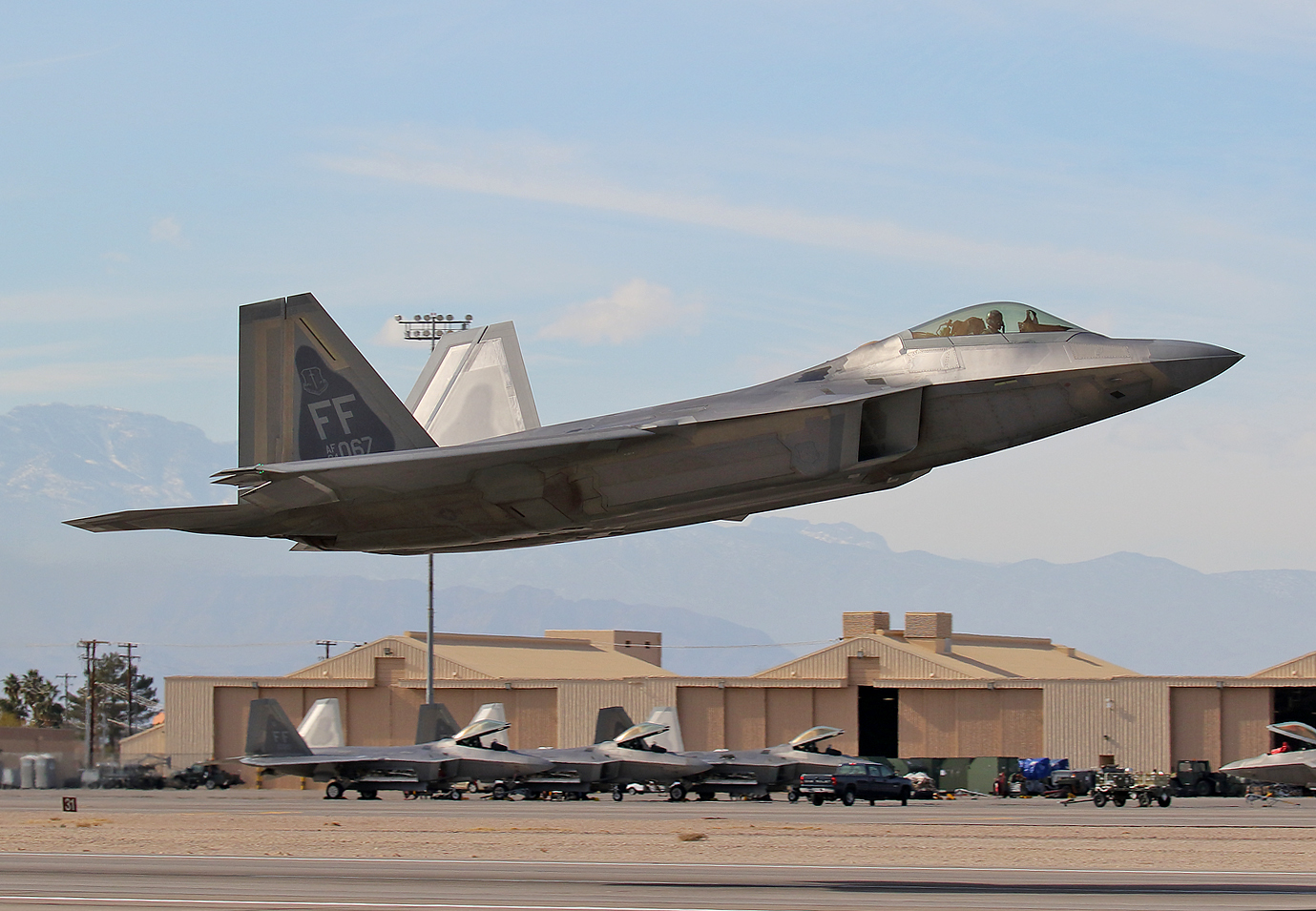 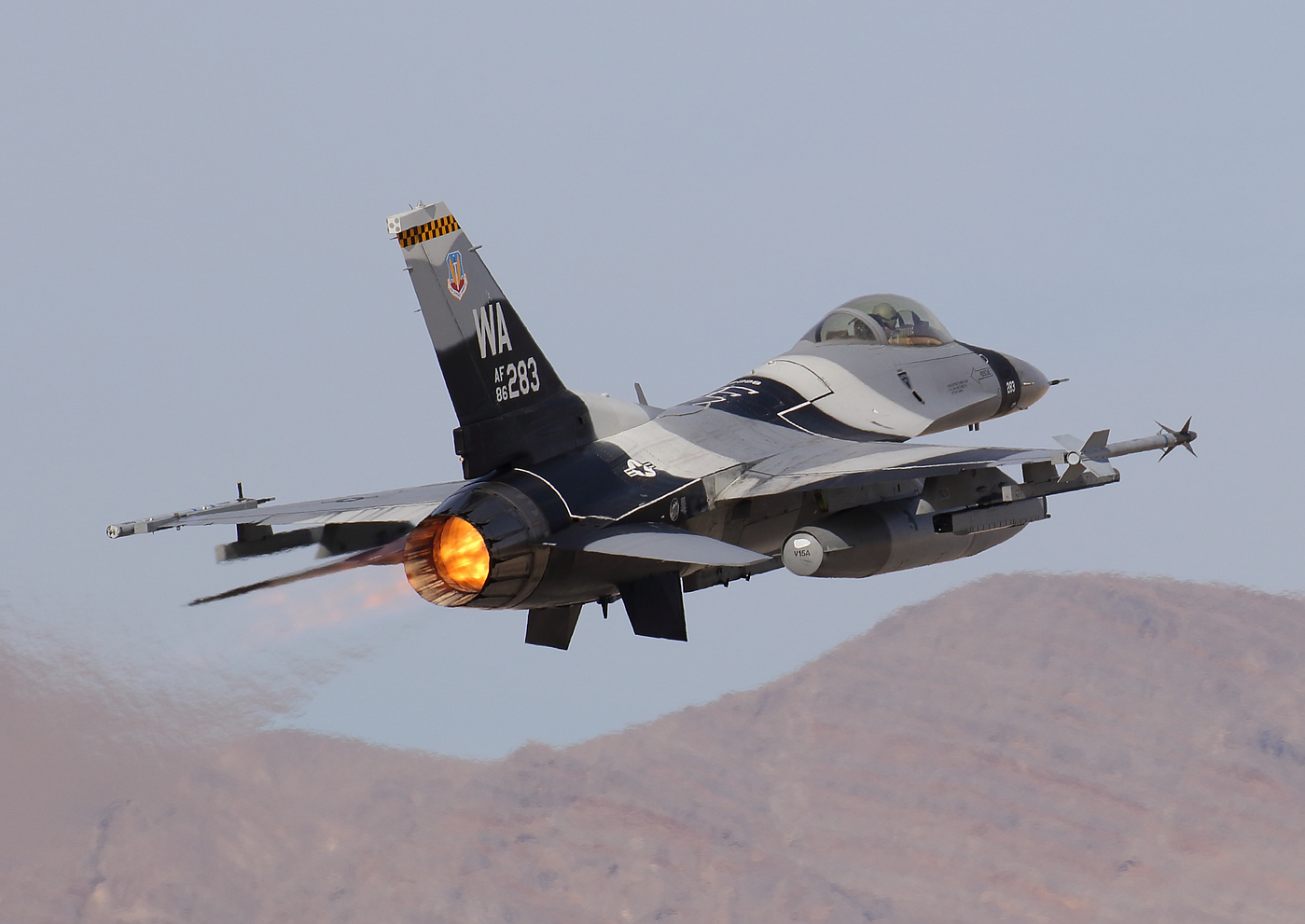 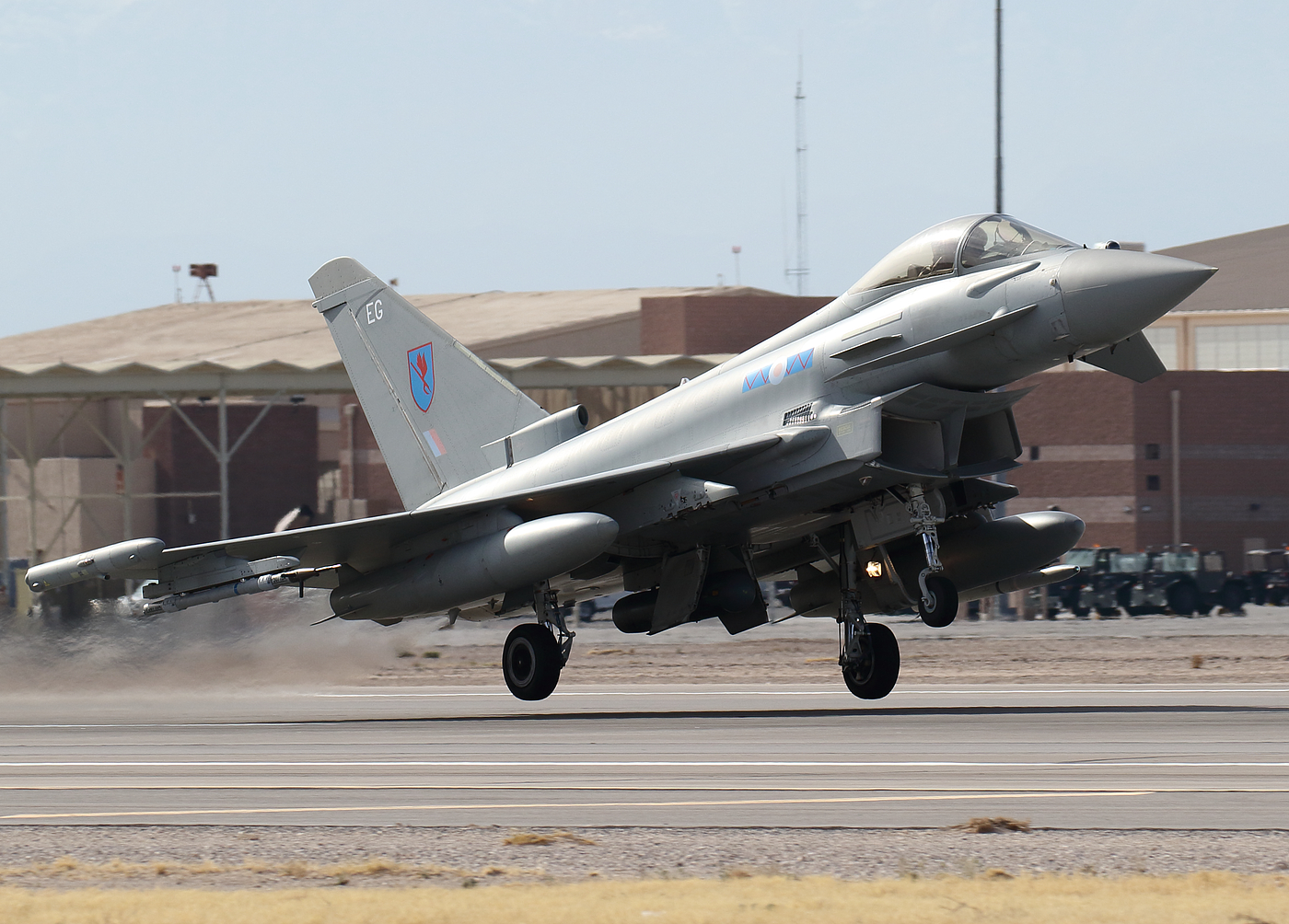 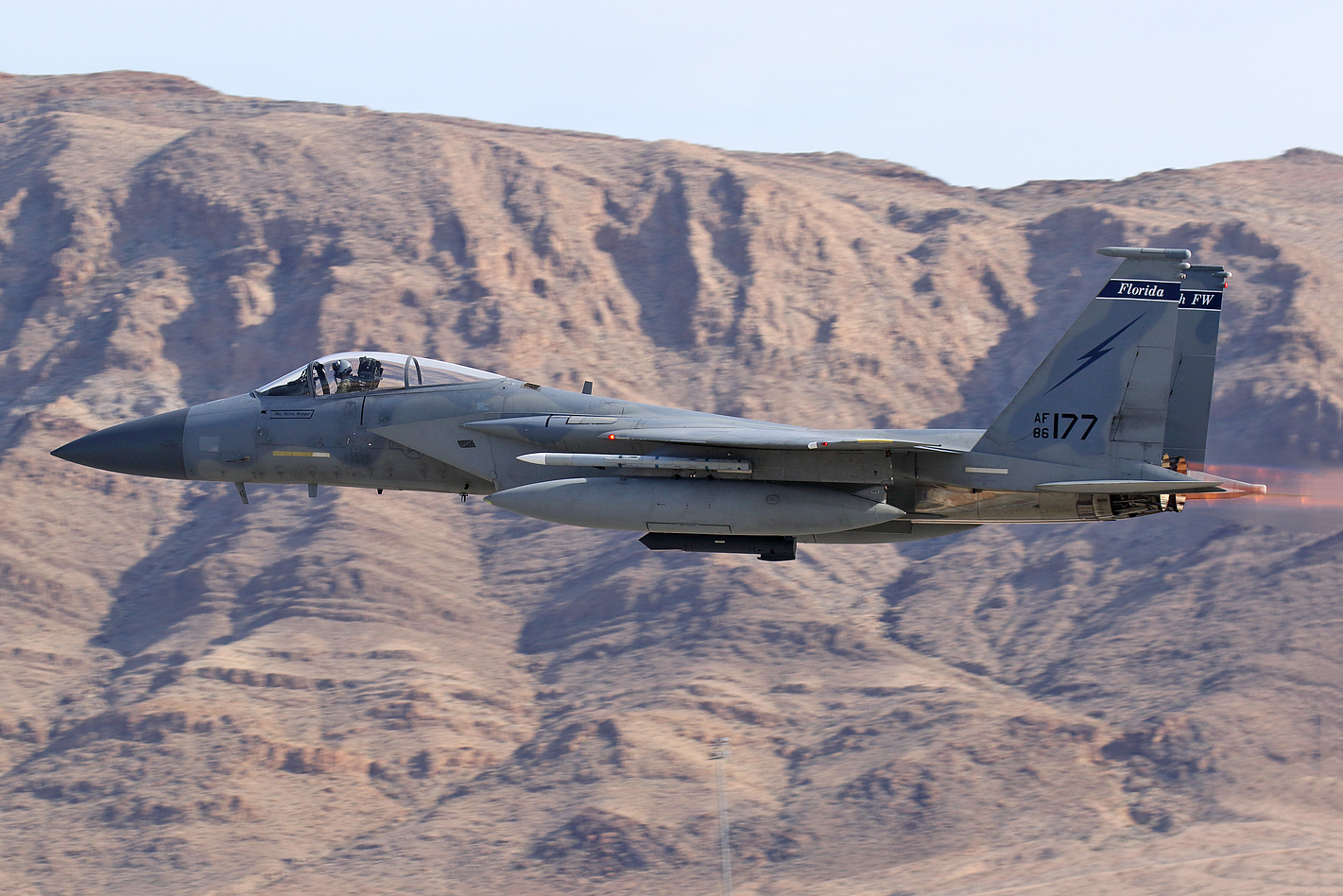 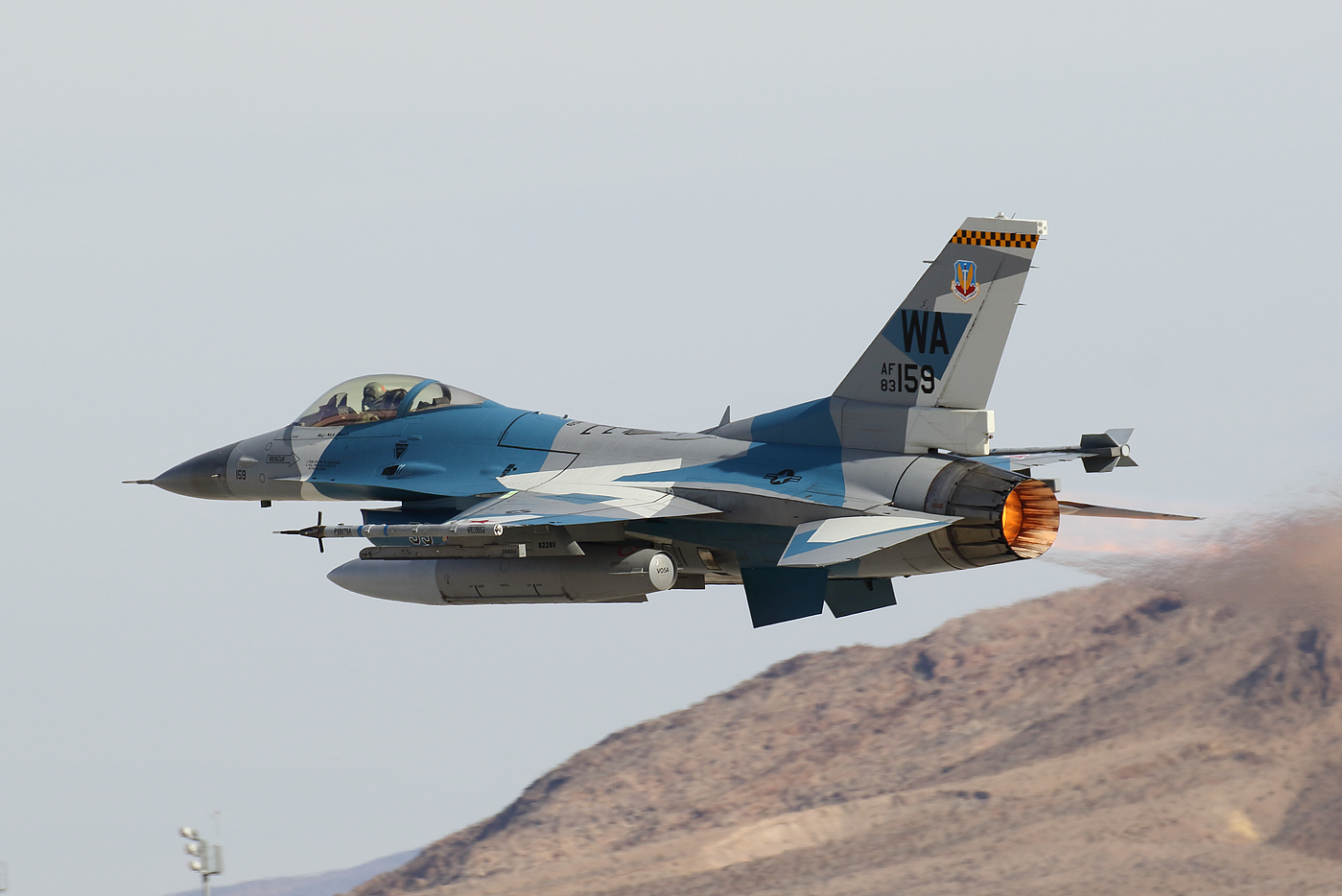 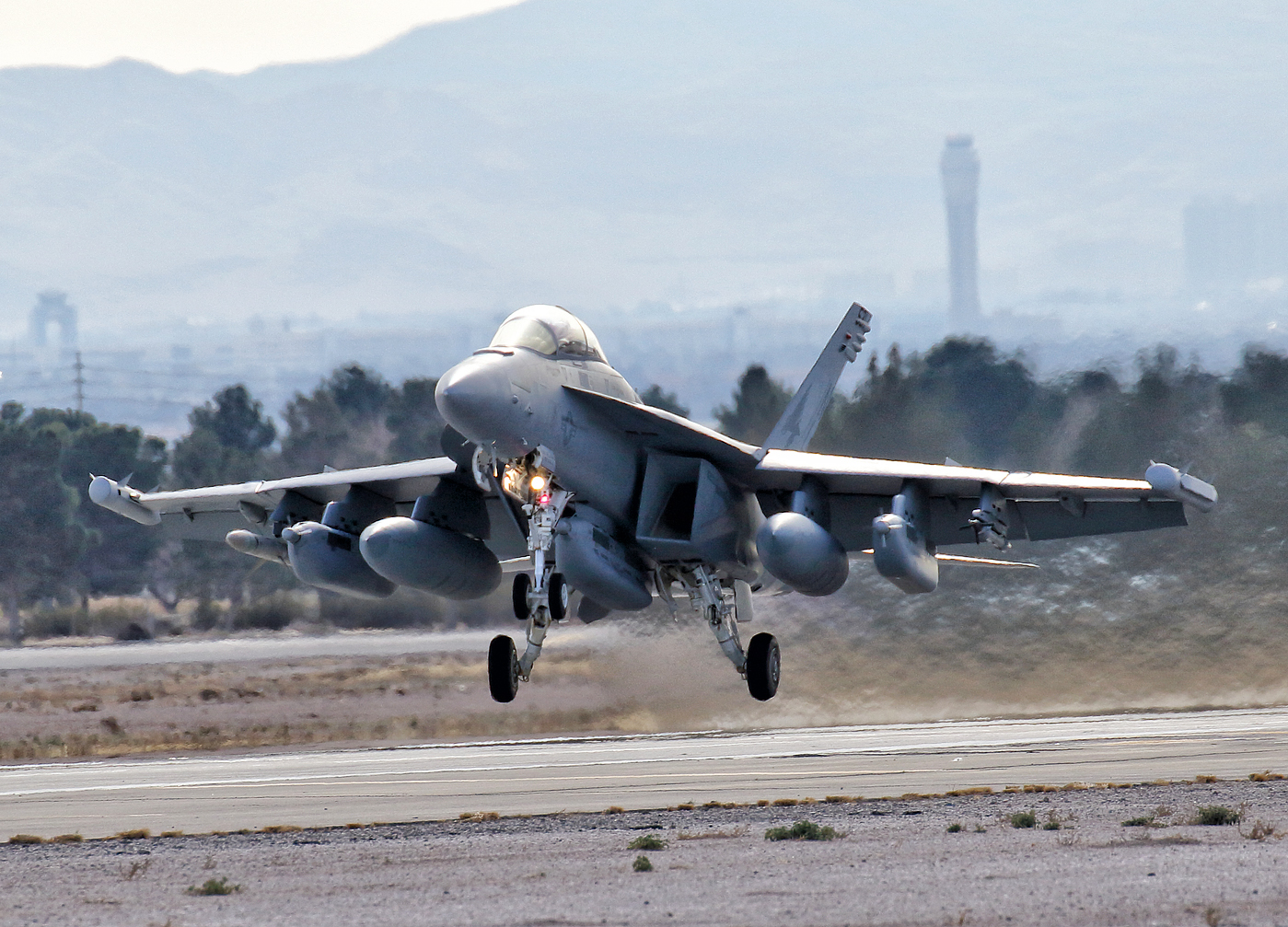 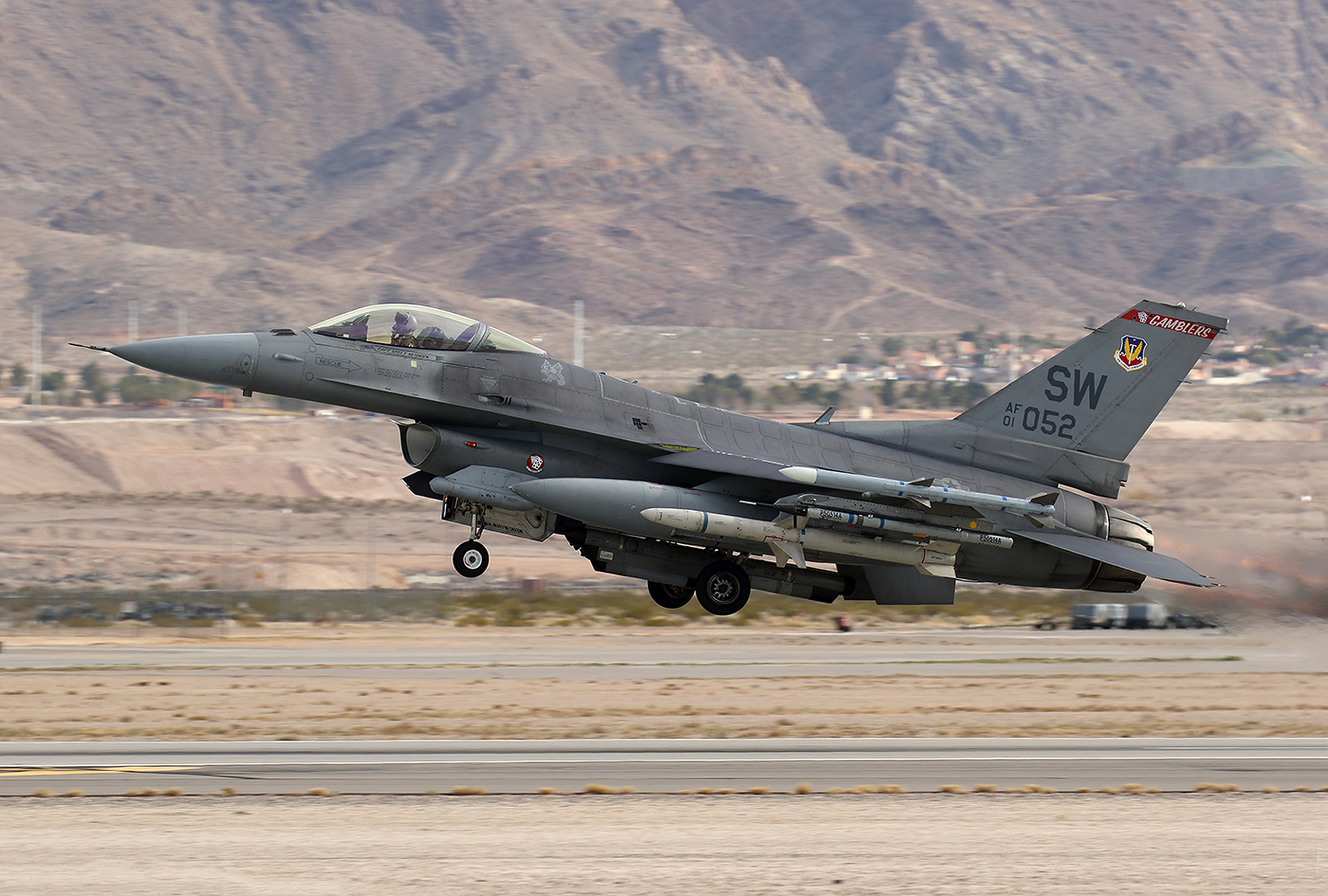 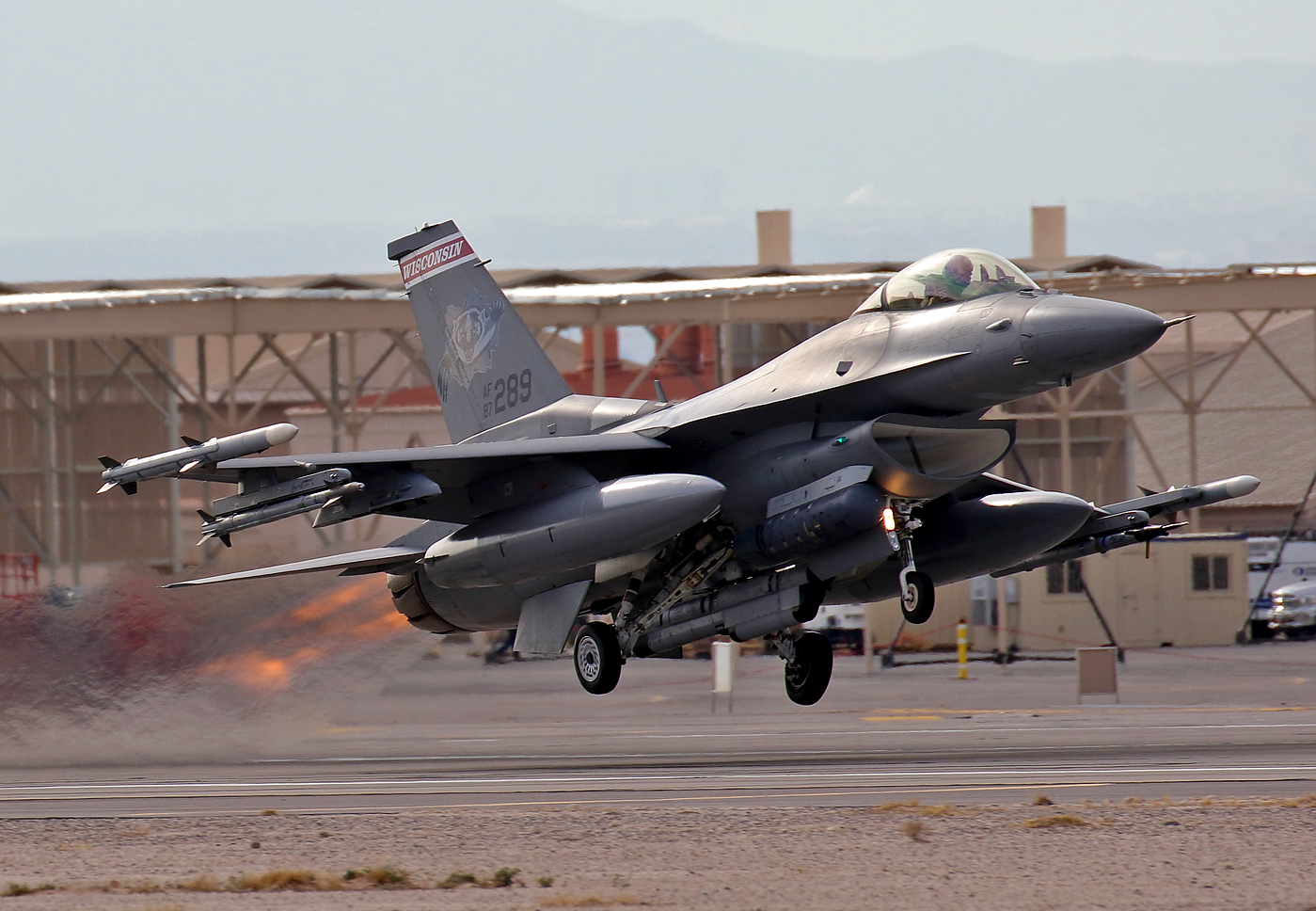 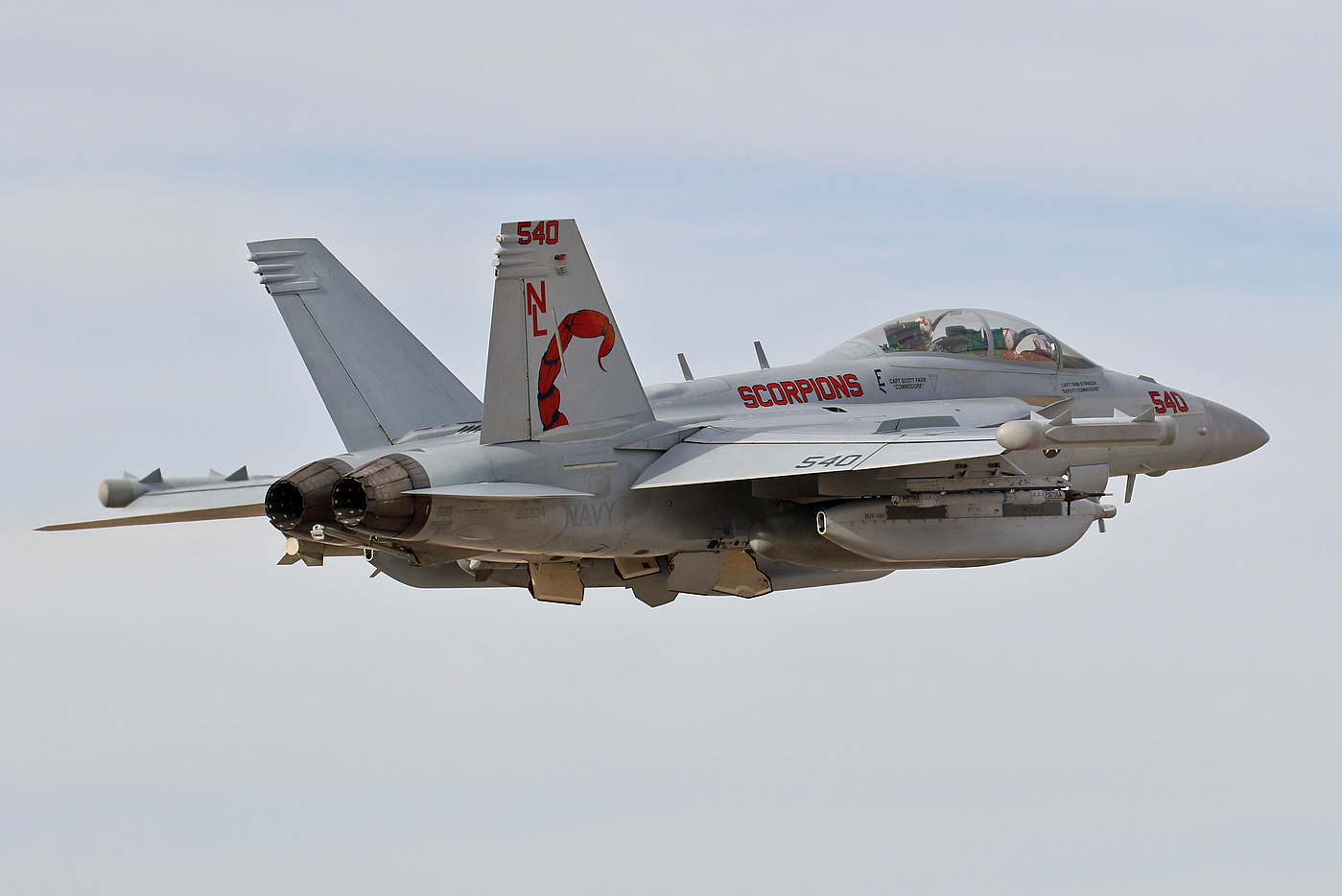 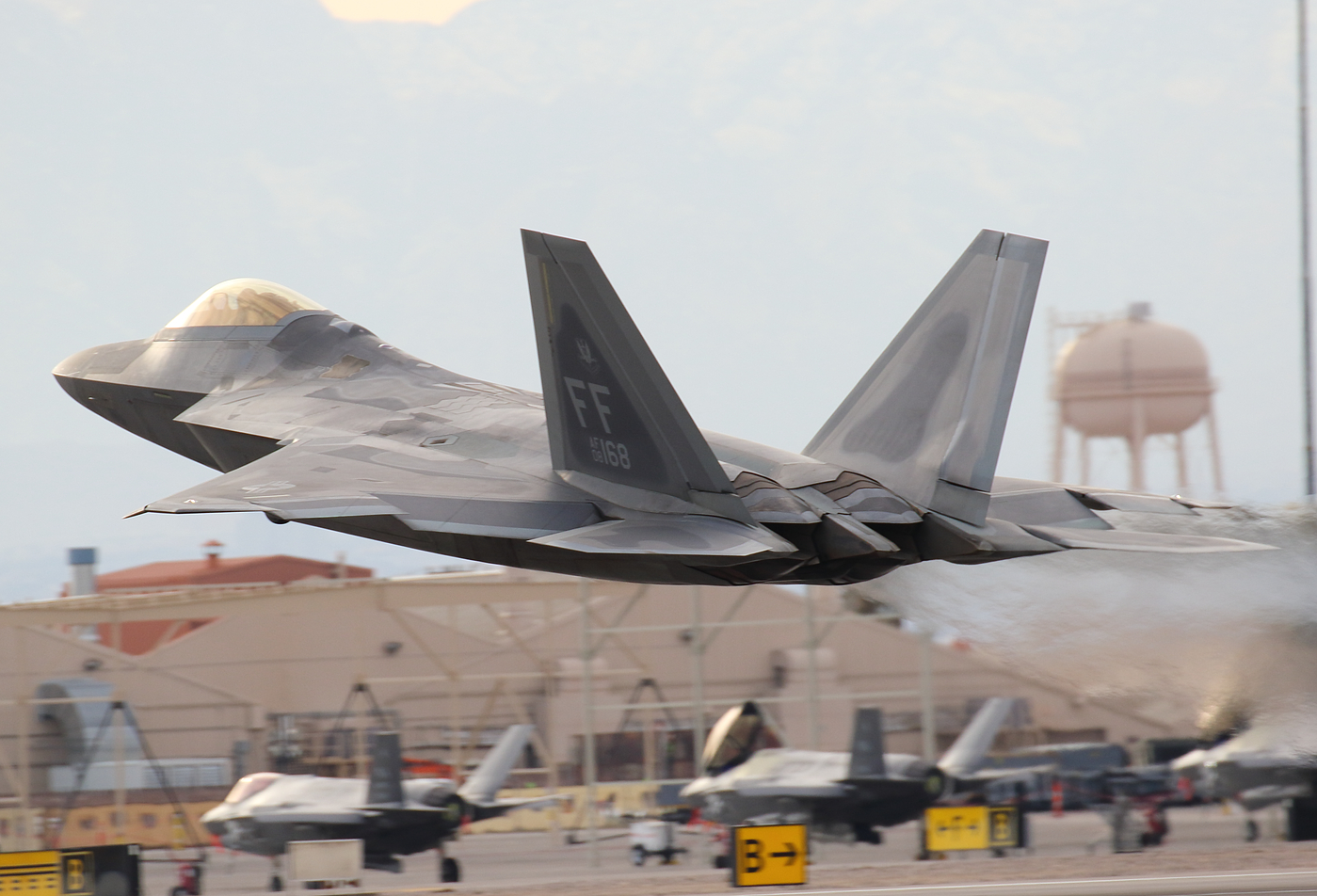 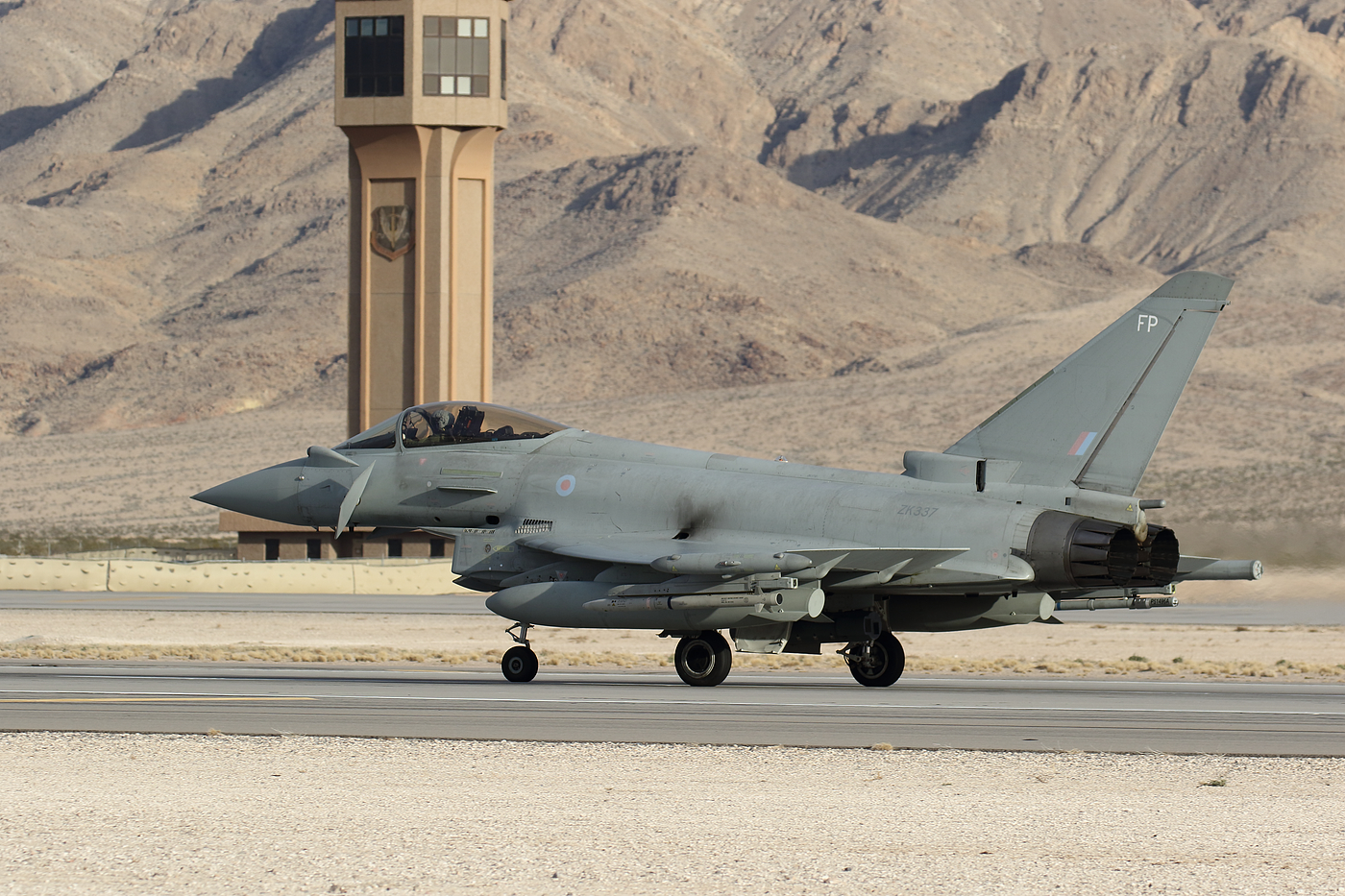 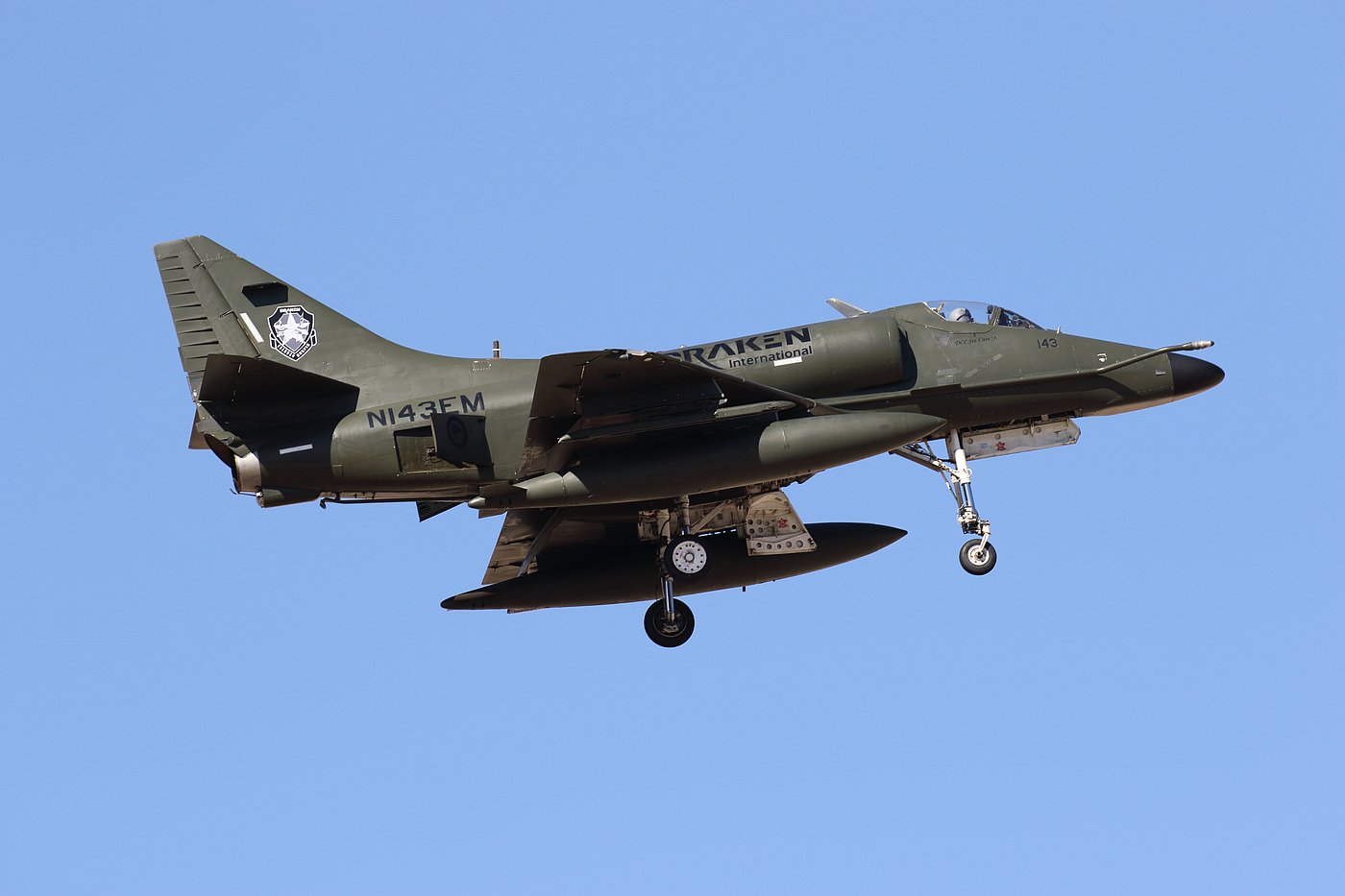 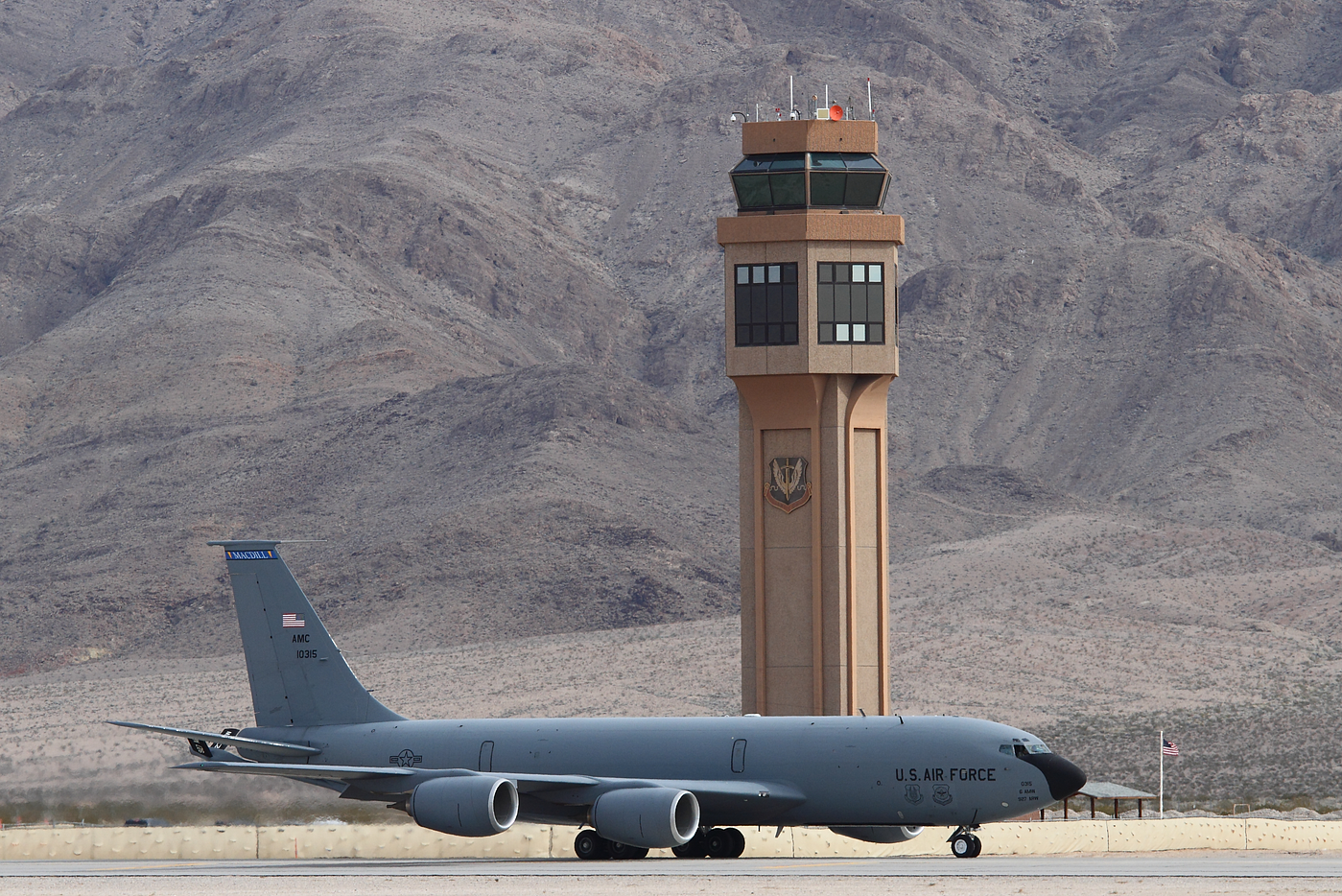 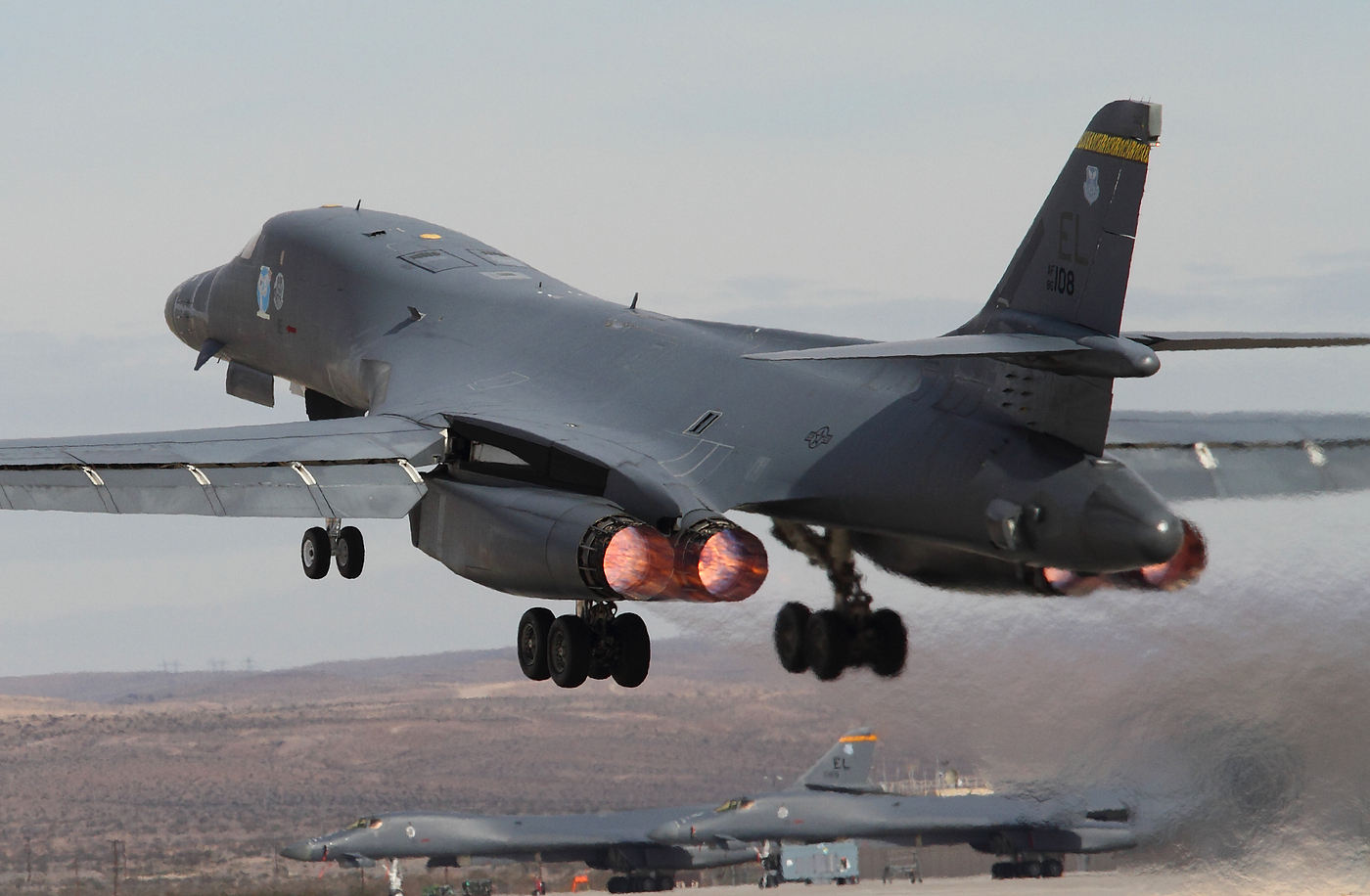 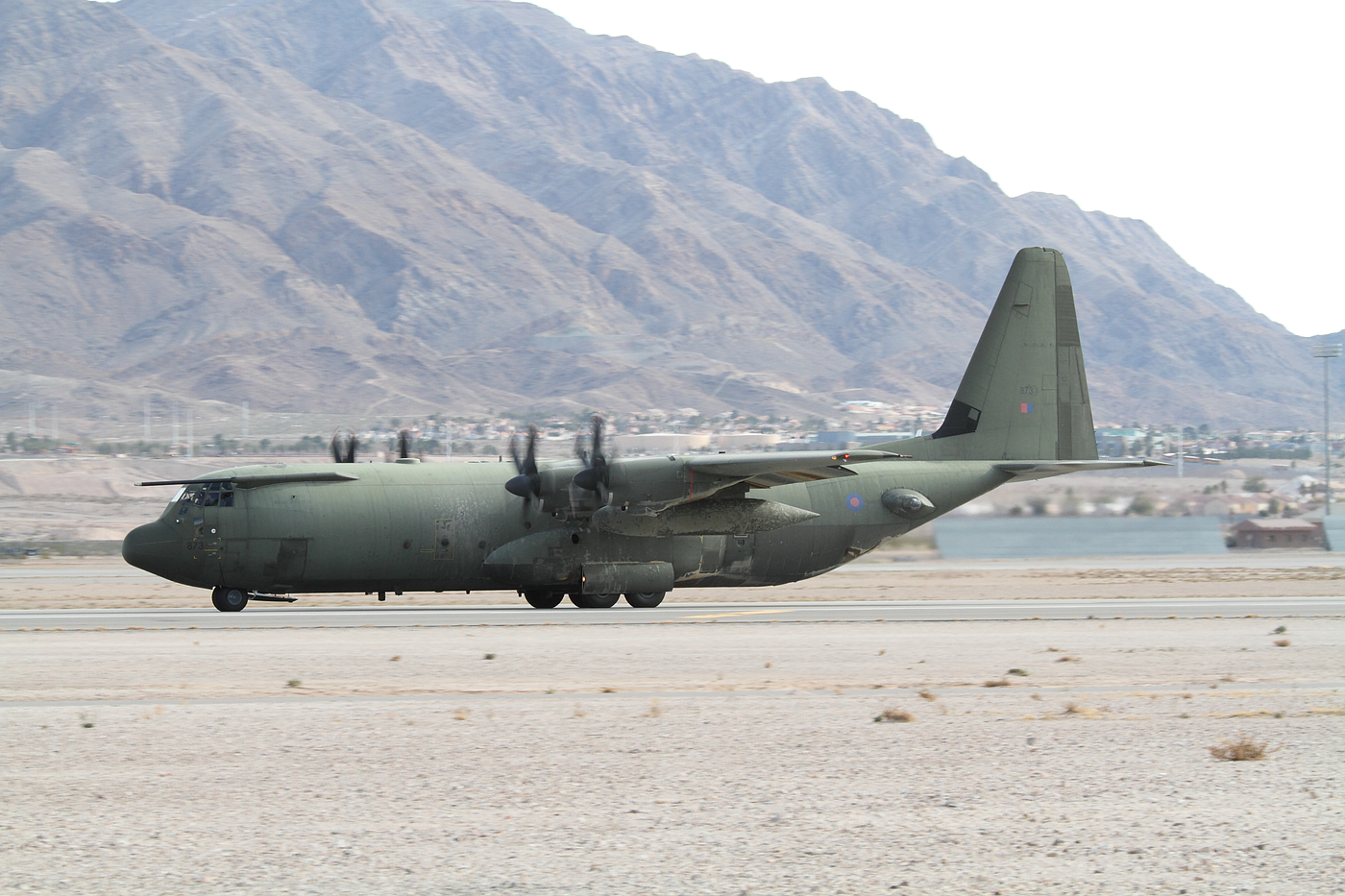