RAAF’s 4 Squadron upgrade to the PC-21

Royal Australian Air Force Number 4 Squadron based at RAAF Base Williamtown has welcomed its first three of four Pilatus PC-21 aircraft to their new home ferrying from RAAF Base East Sale after their long delivery flight which originated at Pilatus’s PC-21 production facility in Switzerland.

The PC-21 is powered by a single Pratt & Whitney Canada PT6A-68B turboprop engine of 1,600 shaft horse power, which drives a five-bladed graphite scimitar propeller. It has been claimed by Pilatus that the PC-21 possesses speed and climb rates previously normally performed only by jet-powered aircraft.

The PC-21 in operation with RAAF’s Air Academy is training new Australian Defence Force (ADF) aviators in the Airforce, Army and Navy.

4 Squadron latest acquisition adds to the that training versatility the aircraft brings, being engaged and immersed in a different, but still highly significant training role.

The PC-21 replaces the recently retired PC-9/A, four of which were in service with the squadron and will continue to contribute to vital squadron training activities.

“4 Squadron has a joint service responsibility for guiding the training and development of JTACs.”

“The arrival of the new aircraft will ensure personnel have the opportunity to continue to execute kinetic effects in real time scenarios.”

JTAC training includes the ability to plan, brief, control and report on aircraft to provide Close Air Support in the battlefield, basically supporting troops on the ground in a battlefield by guiding and prioritising air support for coalition troops.

The squadron will operate the aircraft training in the JTAC role with various Australian Defence Force units as well as regional coalition partners such as the United States Airforce and Navy, where regular exercises are undertaken between the two countries such as Exercise Black Dagger, which is conducted near RAAF Base Townsville in Northern Queensland, in the ADF’s Townsville Field Training Area.

“The PC-21 will ensure that 4 Squadron continues to deliver the highest standard of mission training so JTAC personnel are, and continue to remain, combat ready,” Wing Commander Jobson said.

The first three 4 Squadron PC-21 aircraft ferried from RAAF Base East Sale in Victoria, with remaining 4 Squadron aircraft expected to arrive at RAAF Base Williamtown in February 2020. 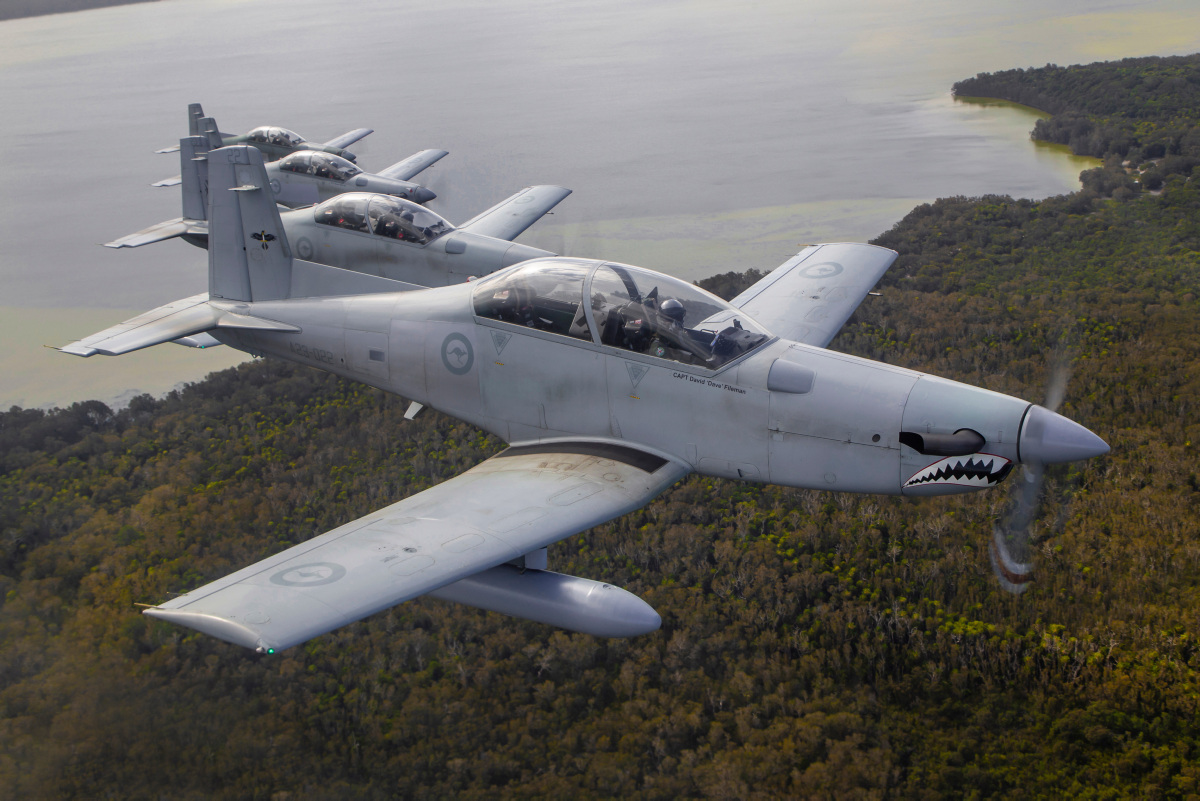 PC-9A aircraft from No 4 Squadron fly in tight formation north of Newcastle. No 4 Squadron took the rare opportunity to fly all four of their PC-9/A (F) aircraft in formation over Newcastle prior to the aircraft being retired and replaced with the PC-21. The formation headed north to the town of Bulahdelah before turning and heading south along the coast passing Port Stephens lighthouse and Nobbys Head prior to a return to RAAF Base Williamtown.
© Commonwealth of Australia, Department of Defence 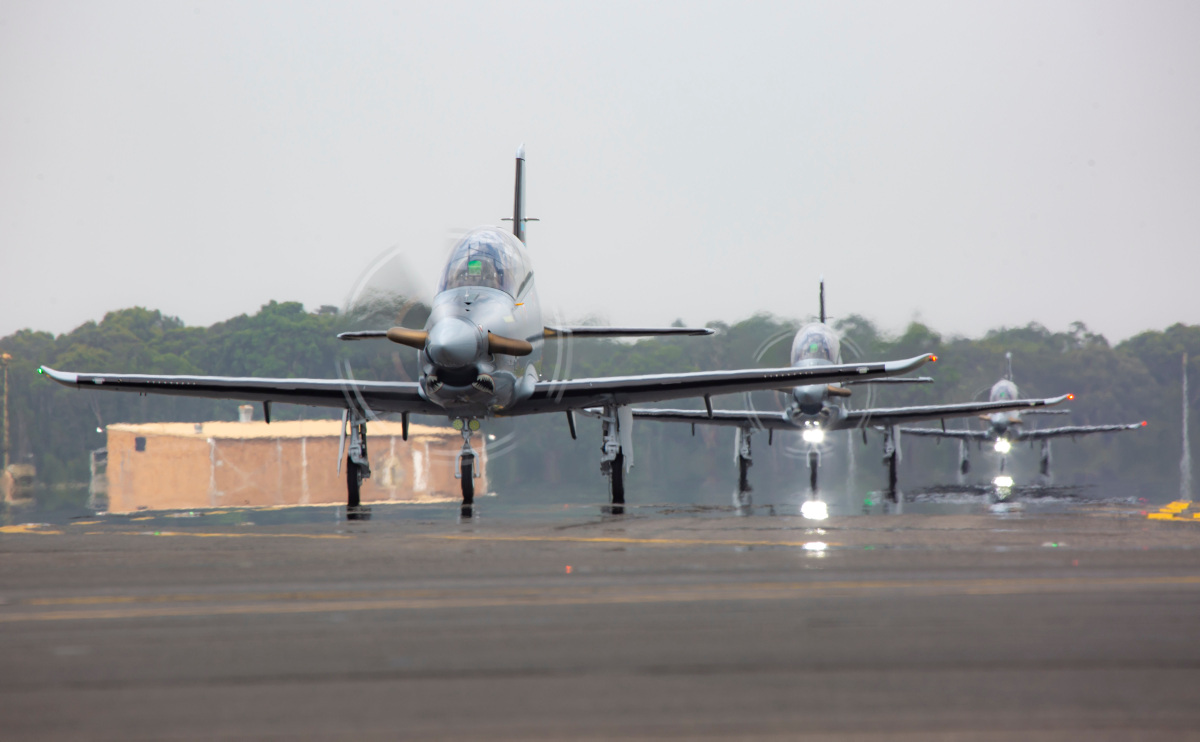 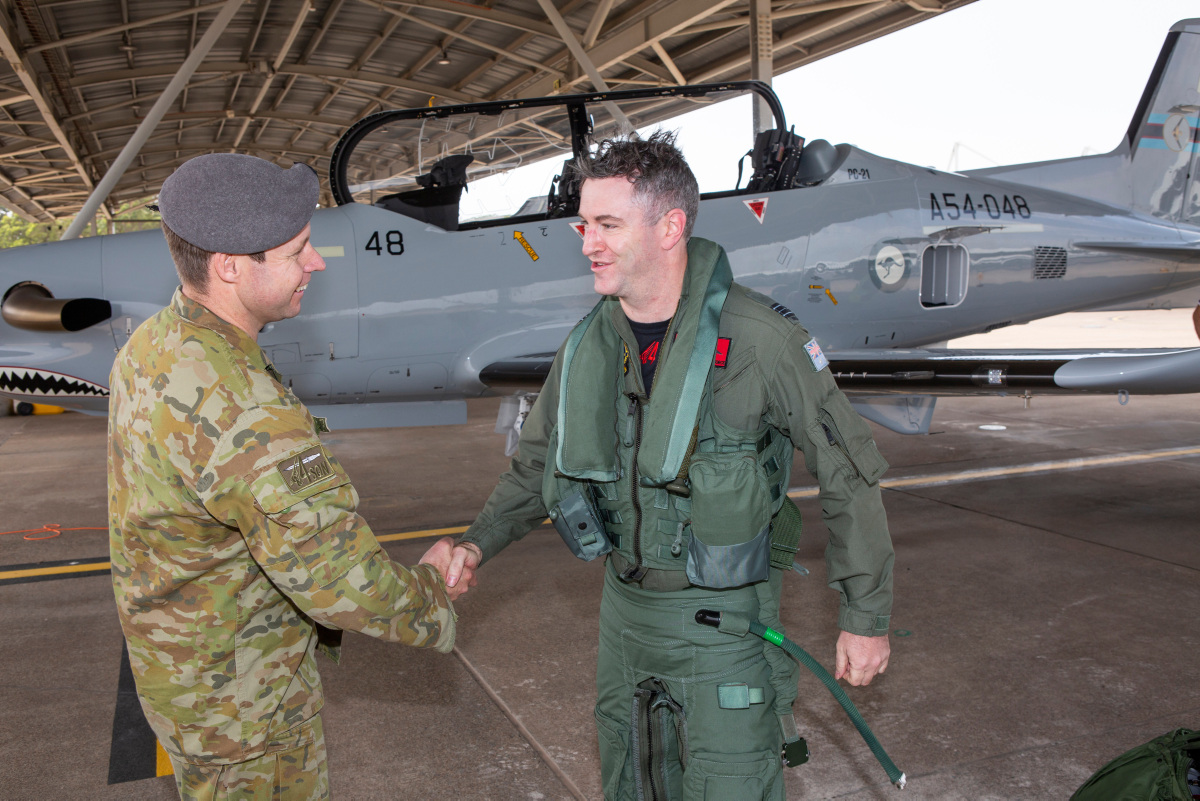