The Royal Australian Air Force recently welcomed the 10th and final Leonardo C-27J Spartan into service during a ceremony at RAAF Base Richmond attended by the Australian Defence Minister and Deputy Air Chief of Air Force, Air Vice-Marshal Gavin Turnbull.

The Spartan provides the Australian Defence Force with an airlift capability that bridges the gap between Army’s rotary-wing fleet (specifically the CH-47F Chinook which are utilised by 5th aviation regiment based in Townsville) and larger RAAF transports like the C-130J Hercules operated by 37 Squadron (SQN) and the C-17A Globemaster operated by 36SQN, and something that had been missing since the retirement of DHC-4 Caribou in 2009 then operated by 38SQN.

It is intended for the Spartan to provide a direct and flexible airlift support to an Australian Army or coalition ground forces commander, similar to what they might be accustomed to with Army’s rotary-wing fleet. The Spartan can provide airlift over a greater range and speed than aircraft like the Chinook, and can operate from landing surfaces that are unable to sustain operations from an aircraft like the Hercules. The Spartan is able to carry 40 passengers or up to five tonnes in cargo with a range of 1700 kilometres at maximum take-off weight.

In mid-2015 the first C-27J (A34-001) was ferried to RAAF Base Richmond from the United States and unveiled by then Chief of Air Force Air Marshal (ret) Geoff Brown. Since that time until now 35SQNhas conducted a crawl, walk, run approach to operating the aircraft and bringing 35SQN personnel up to speed in Spartan operations.

APD talked to Commanding Officer of 35SQN Wing Commander Ben Poxon to understand how the SQN has gone about this process.

He states, “For 35SQN personnel, training was initially conducted under L-3 Communications at Waco in Texas. As the first Spartan was ferried to Australia in mid-2015, and as more aircraft have been delivered during that time until now where we have a full complement of aircraft and more workforce has been trained, we have been able to relocate the majority of our Spartan training to Australia.”

“From early 2017, maintenance workforce training was relocated from Waco to Richmond, and since then we’ve relocated Loadmaster and the majority of Pilot training to RAAF Base Richmond as well. Some Pilot training is conducted on a C-27J Simulator that we have access to through an arrangement with the Italian Air Force. The majority of our training will relocate to RAAF Base Amberley when the squadron moves which will be early 2019, however we’ll continue to use the Italian C-27J simulator until ours is delivered.”

Currently 35SQN has to utilise the aircraft for training or use an Italian Air Force C-27J simulator based in Italy which leaves the Air Mobility and Tanker Project Office with some work to do for 35SQN. The AMTPO is tasked with ensuring the successful delivery of the Spartan aircraft to 35SQN from Alenia, and also ensuring the delivery of the support systems and planned upgrades to the aircraft.

The delivery of the support systems include a new full flight mission C-27J simulator that will be delivered to RAAF Base Amberley which will be 35SQN’s new home from early 2019, and also a fuselage trainer and other training devices that are still being decided upon being introduced. The simulator and fuselage trainer give accuracy to the flight crew as they gain proficiency on the aircraft as the Spartan will undergo upgrades in the future.

Over the last two and a half years 35SQN personnel have undergone a learning curve of sorts in gaining currency on the C-27J as the Interim Operating Capability for the Spartan was achieved in late 2016, meaning the aircraft operations were at the minimum capability whilst the aircraft could be deployed. WGCDR Poxon explains.

“35SQN has conducted a Crawl, Walk, Run strategy to introducing the aircraft.. We started with a simple test and evaluation for passenger and cargo transport on the Spartan. And the learning curve was steep for some, and quite trivial for others.

“Previously qualified C-130J pilots, loadmasters and technicians found the process simple due to the similar roles, aircraft systems and handling, although the C-27J is more nimble than its larger cousin.

“For personnel that transitioned from other aircraft, the learning curve is a lot steeper. The integrated workforce has spent time at home base learning the core skills of their trade, and now we are looking abroad to employ these skill sets around the world as we have reached Interim Operating Capability in December 2016.”

Amberley has already begun its transformation with new aprons and building infrastructure such as hangers and new office spaces now having already been completed or in the process of being completed. It’s an exciting time for the base as it expands its RAAF workforce when 35SQN relocates from Richmond. But it is not a time where personnel from 35SQN can relax there is still a considerable amount of work to be undertaken between now and the time when Full Operating Capability can be achieved.

WGCDR Poxon helps us to understand what work is left between now and when FOC is achieved for this battlefield airlifter.

“Final Operating Capability is slated for late 2019. This includes having the 10 aircraft operating out of our new facilities in Amberley. It also includes training 35SQN personnel to operate in a threat environment, much like in the Middle Eastern Region of operations the C-130s are stationed at. An increase in personnel, and logistics and rate of effort are all milestones to be achieved in this time.”

Even though there is some work to do 35SQN personnel can be proud of the efforts they have achieved especially as the squadron celebrates its 75th year of RAAF operations.

35SQN has been able to deploy to various exercises around the world such as Cope North 2018 where this was the debut of the RAAF Spartan at Andersen AFB in Guam. The squadron has also deployed to New Zealand for exercise Southern Katipo 2017 and as recently to New Caledonia in May 2018 for exercise Croix du SUD (Southern Cross) which is allowing 35SQN and the RAAF to standardise its procedures with local partners in the Southern Pacific.

WGCDR Poxon elaborates on what this training brings to an exercise such as Cope North and what benefits it has for 35SQN personnel.

“Prior to Exercise Cope North 18 in February 2018, No. 35 Squadron deployed aircraft and personnel to Exercise Southern Katipo in New Zealand in October 2017, as well as Exercise Mhanuu 17 in New Caledonia in November 2017. Participation in these exercises will typically begin with one of our members attending the Planning Conferences some months ahead of the exercise, providing exercise planners with an idea of the capability that we provide and what our training objectives are when we get there.”

“The countries that we’ve exercised with – New Zealand, France and United States – are largely unfamiliar with the flexibility that a Spartan brings to the exercise, as their airlift in this domain is centred around C-130s or Casas (CN235). These exercises also concentrate on deploying at short-notice into a forward airfield with limited support, which is what the Spartan excels at. Conversely, for the 35SQN workforce they bring a lot of experience from operations and exercises that we’ve flown on other aircraft like the King Air, Hercules and Globemaster, but we’re also learning about where the aircraft’s strengths lie – especially when we’re operating it away from home or in a deployed environment.”

He goes on, “There’s also a portion of our workforce for whom the Spartan is their first aircraft type, and so they need to understand the conditions and challenges that they’ll face by coming to exercises like these.”

These exercises also highlight the C-27’s uniqueness in being able to get into humanitarian disaster zones quickly and be able to land on unpaved airstrips utilising the aircraft’s short field landing and take-off attributes.

The Spartan excels at Humanitarian and disaster relief scenarios (HADR) as WGCDR Poxon stated that the aircraft had the advantage of being a light weight fixed wing asset which enabled it to land on improvised or damaged airstrips.

“Our light footprint on the ground enables us to access many airstrips that the C-130 or C-17 simple cannot get in to, and we can operate from roads as well. In Humanitarian disaster we can be put to work alongside C-130s but we are not designed to deliver large amounts of cargo- that’s not what we are about. If you consider us a hub and spoke distribution network, think of us as distributing supplies in an area of operations to affected communities in a disaster zone.”

The C-27J Spartan is now an integral part of the RAAF’s Air Mobility Group and will be a cornerstone in airlift operations, with the first aircraft being delivered in 2015 to now having a full complement of 10 aircraft 35SQN will has some work cut out for its personnel, but they can be ever confident of achieving their objectives and getting the C-27J up to Full Operating Capability, it will be in service probably for the next 20-30 years but right now at the introduction of the types service the Spartan will bring a new way of how 35SQN utilises the aircraft and that is an exciting time for all the personnel involved. 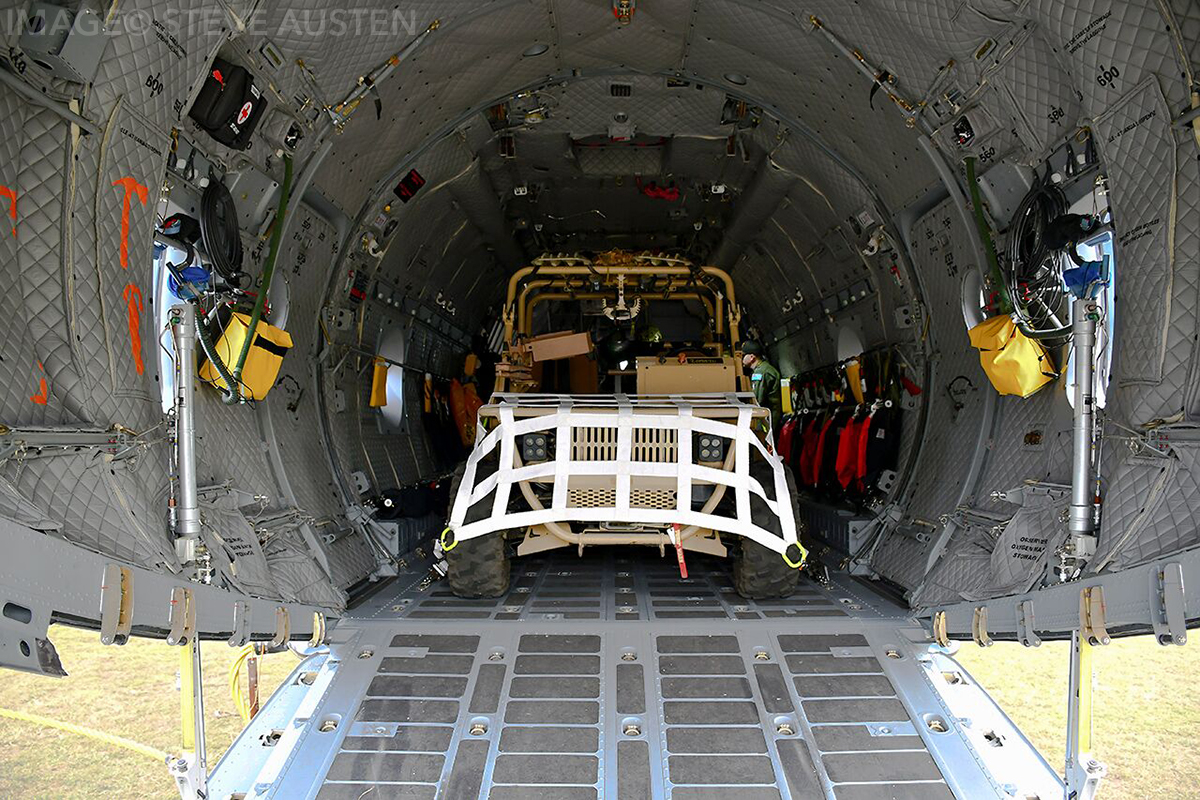 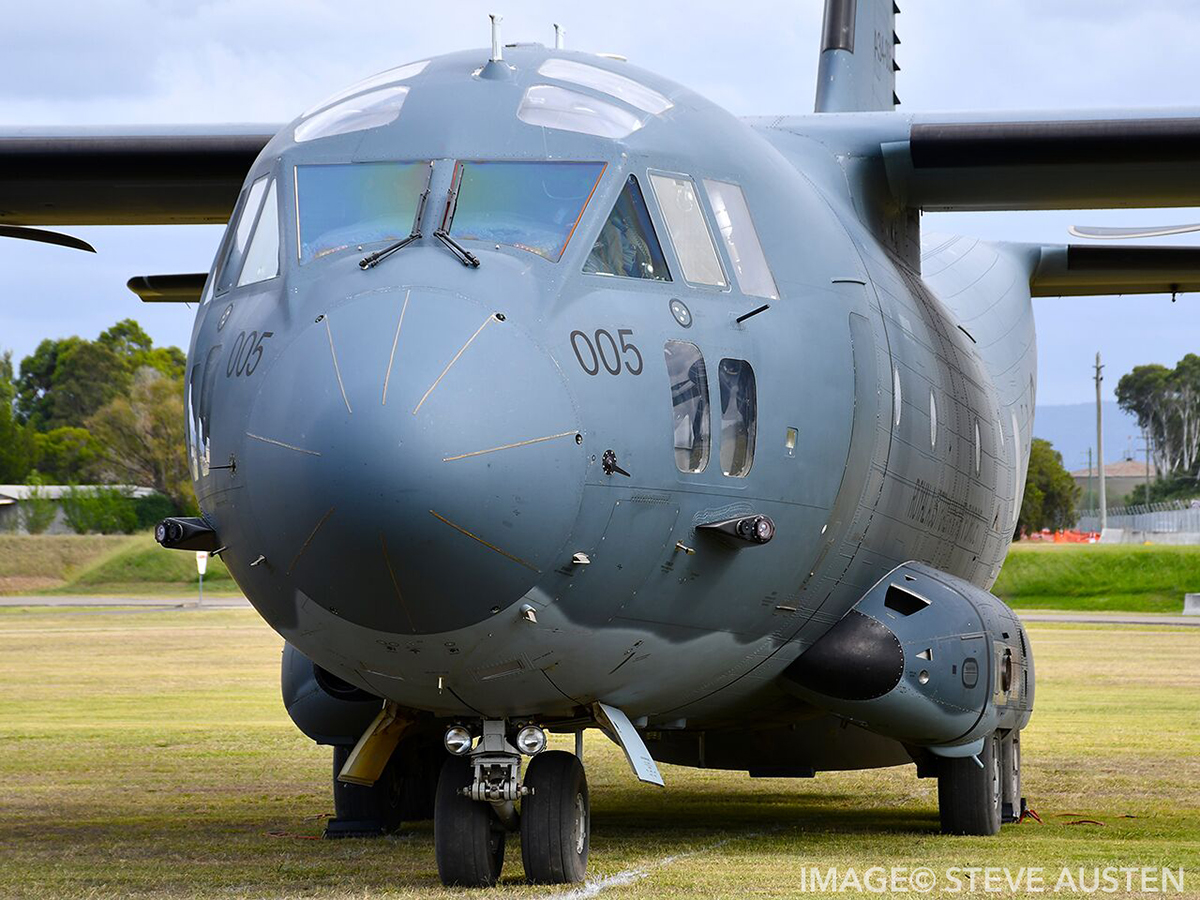 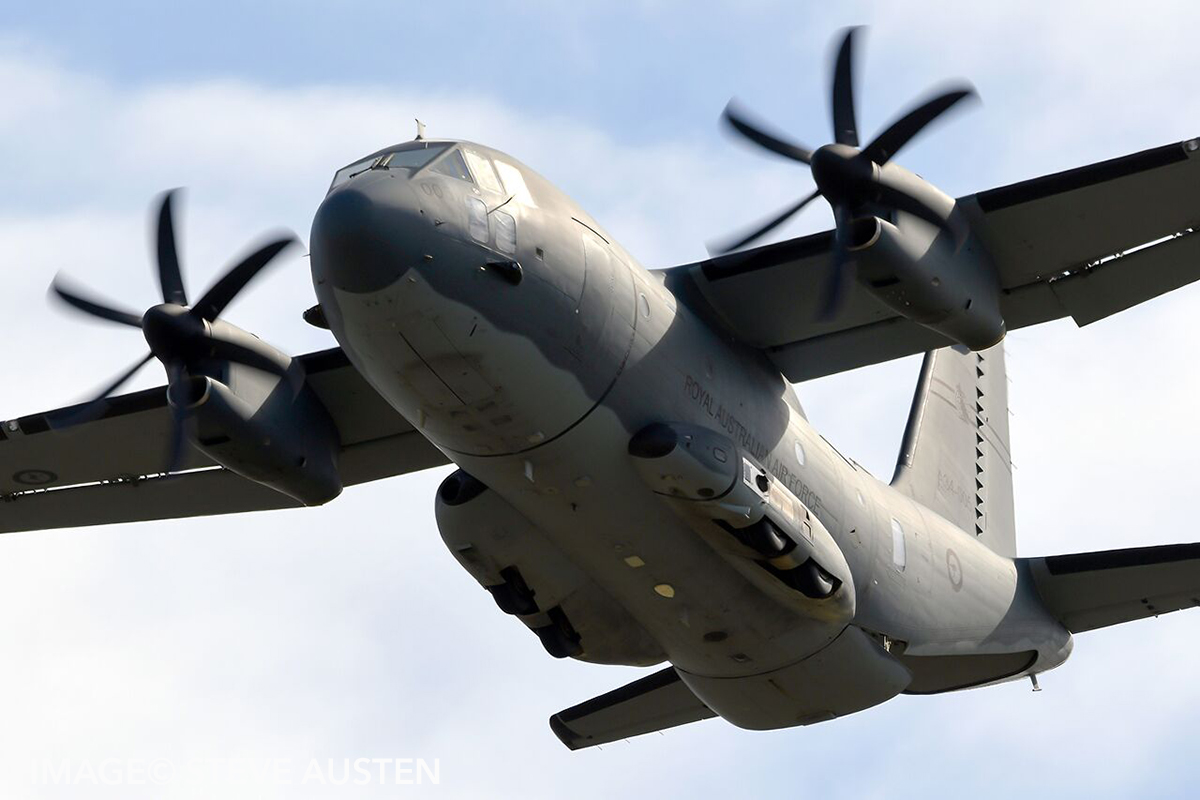 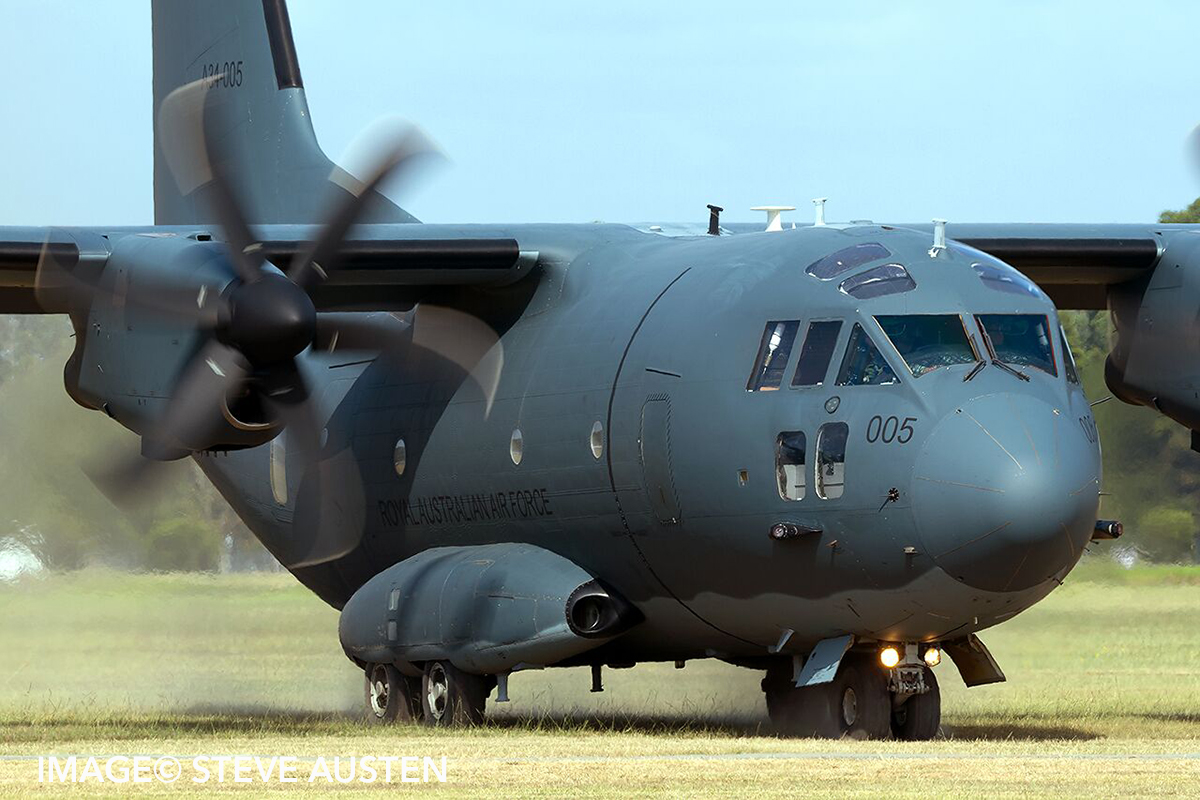 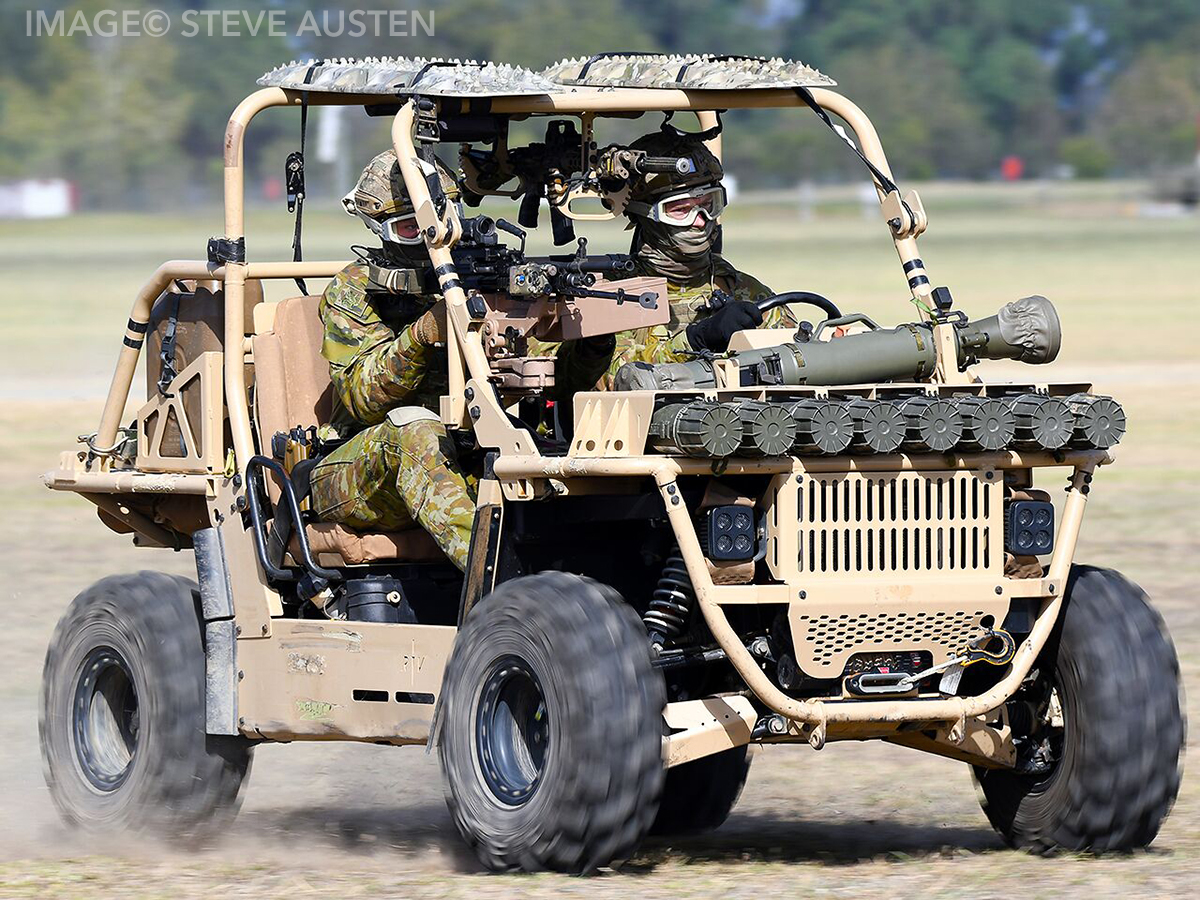 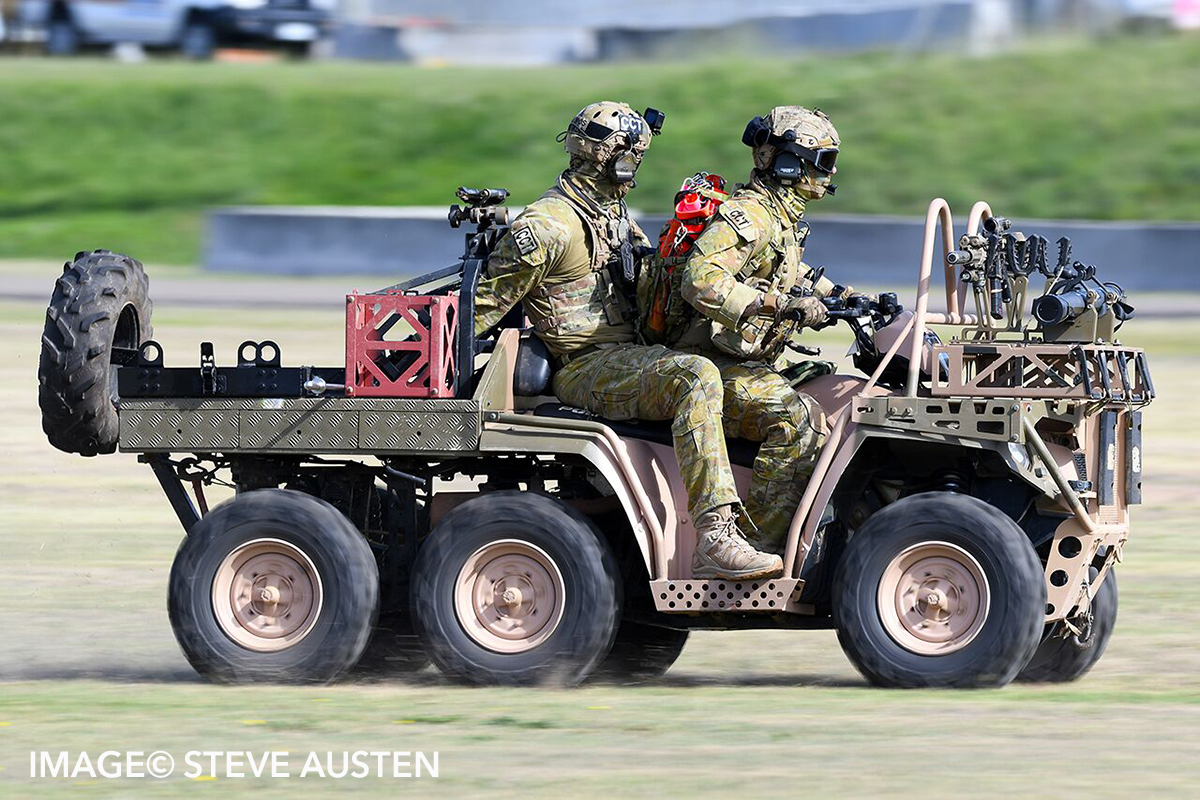 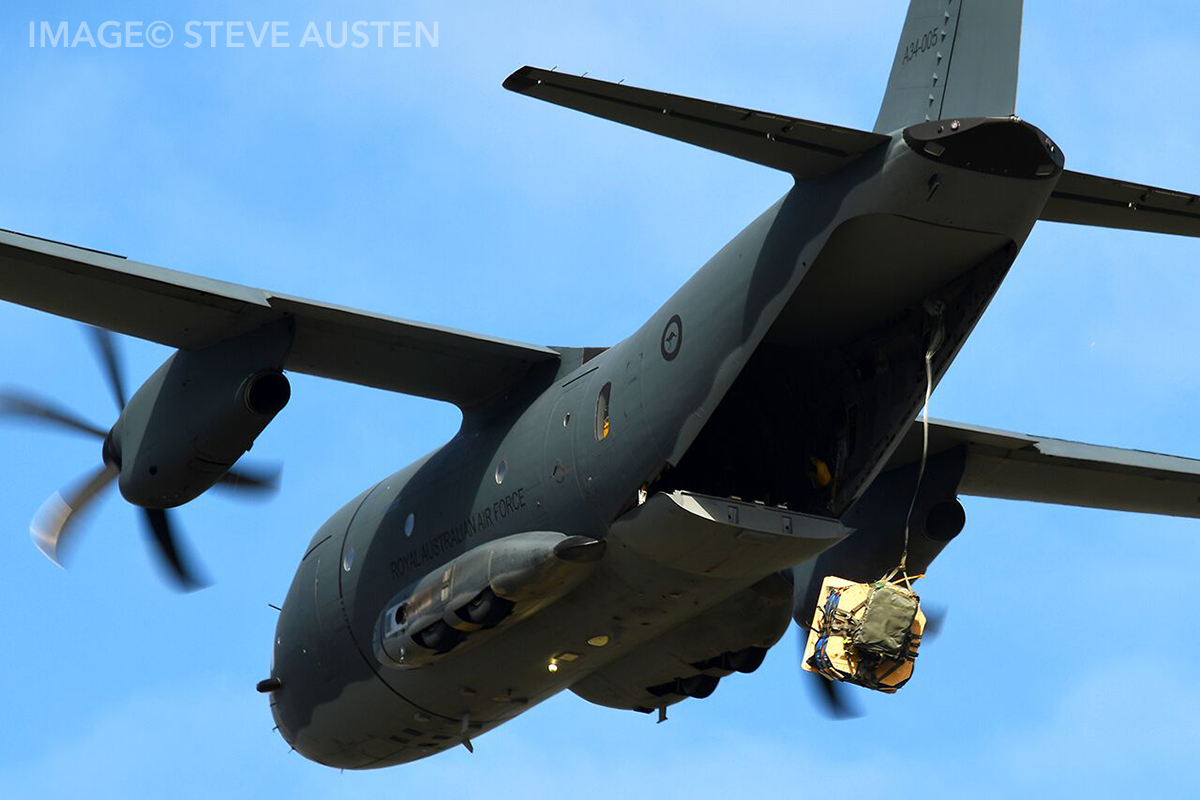 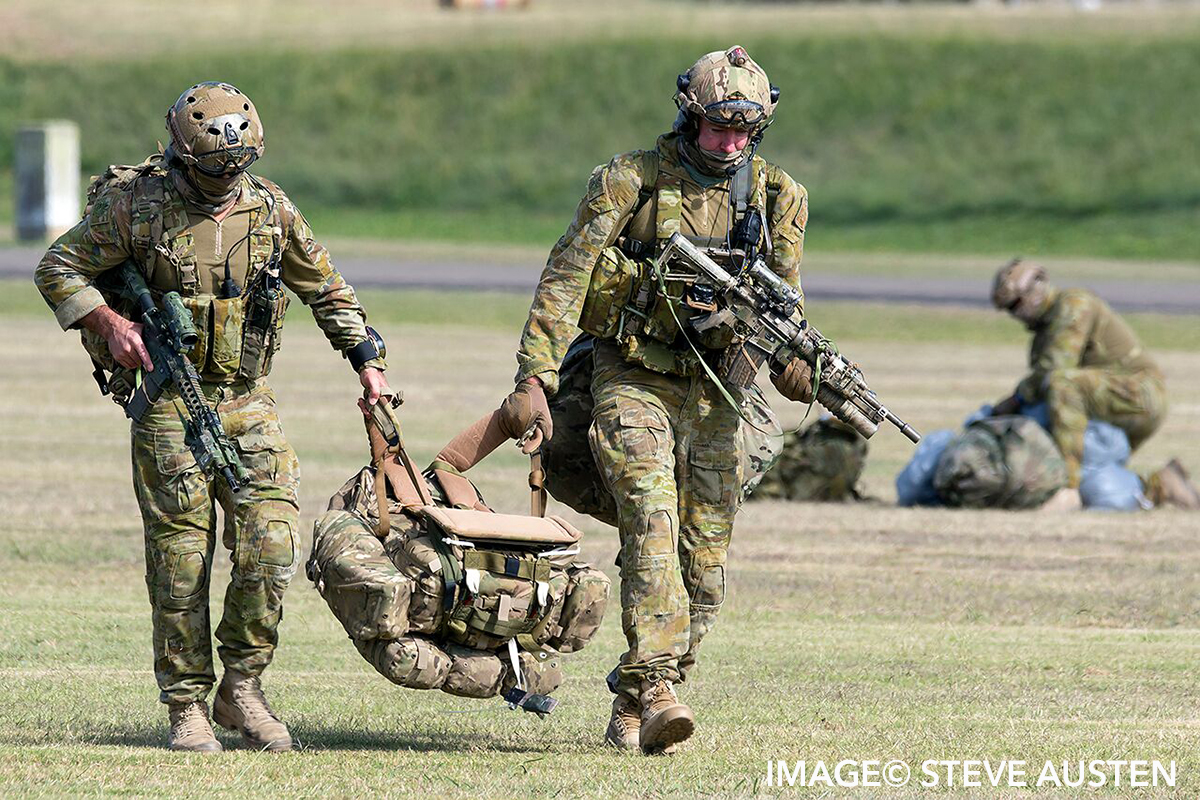 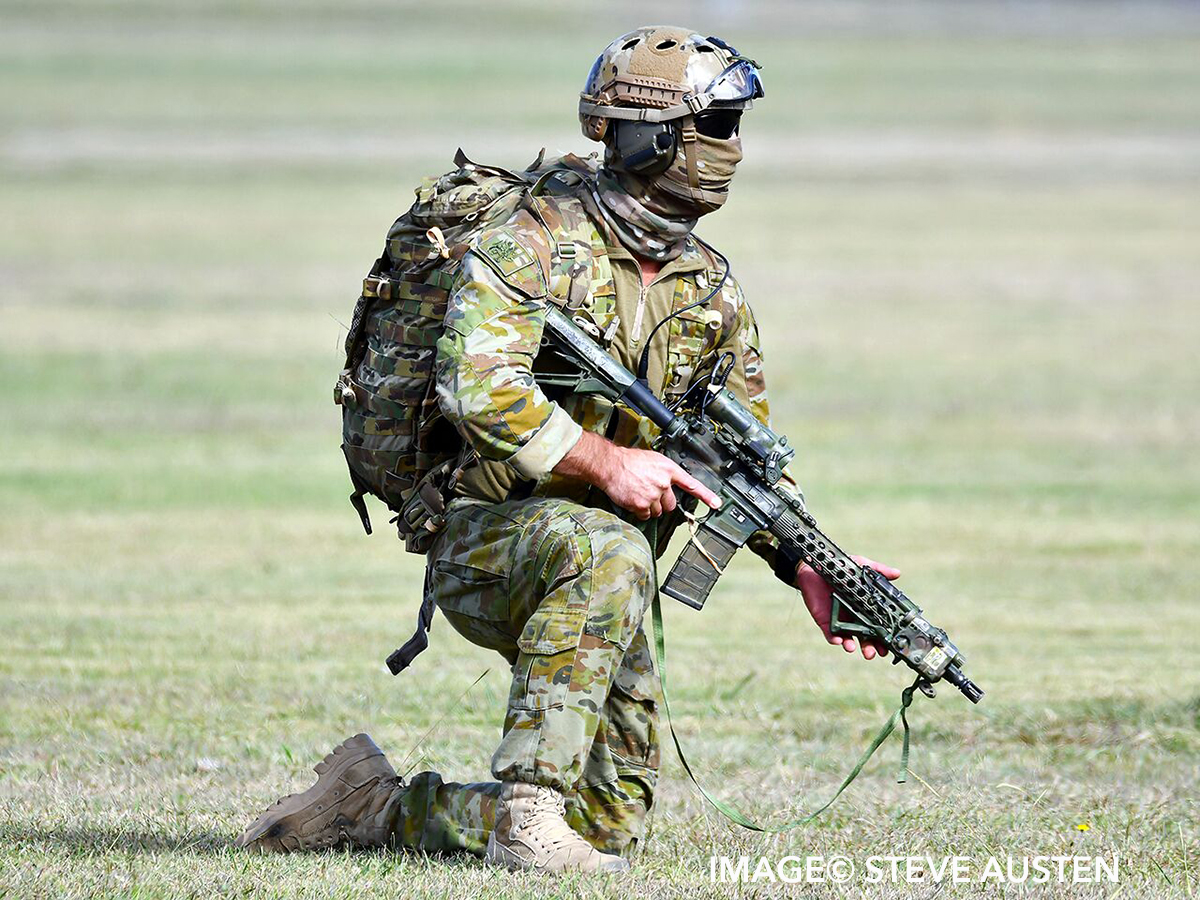 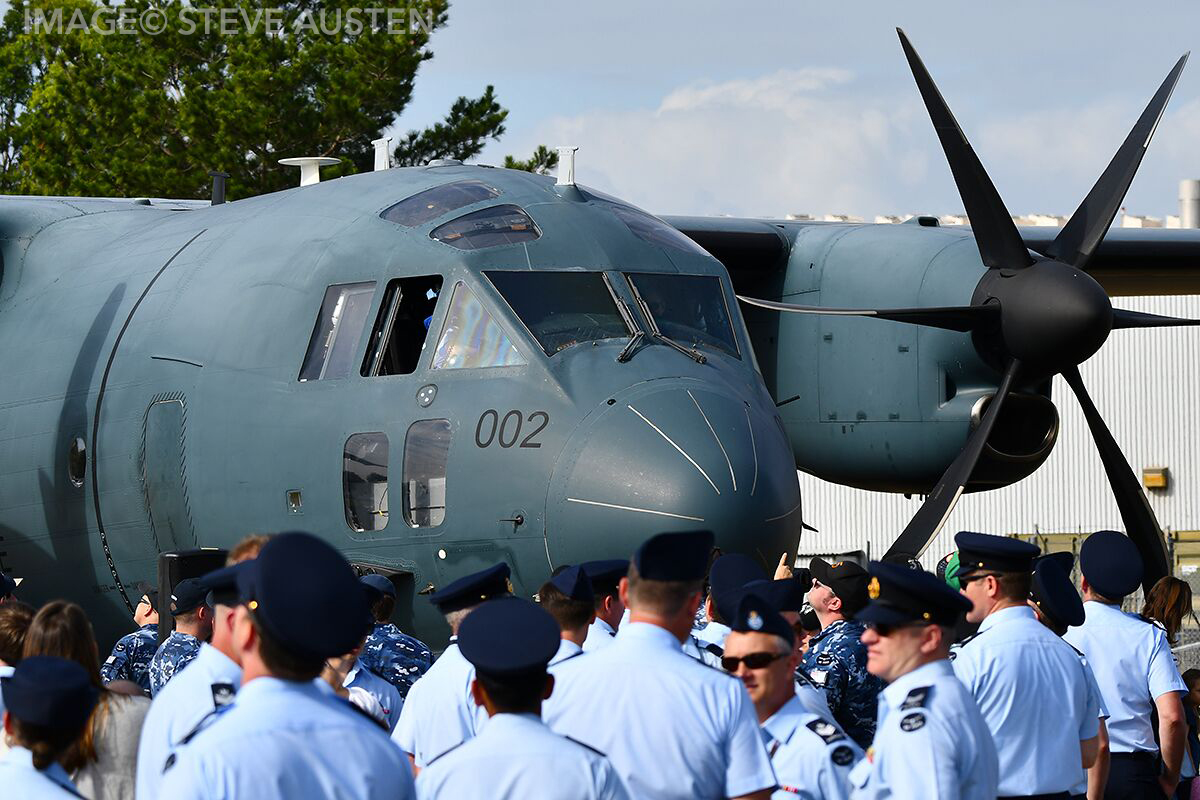 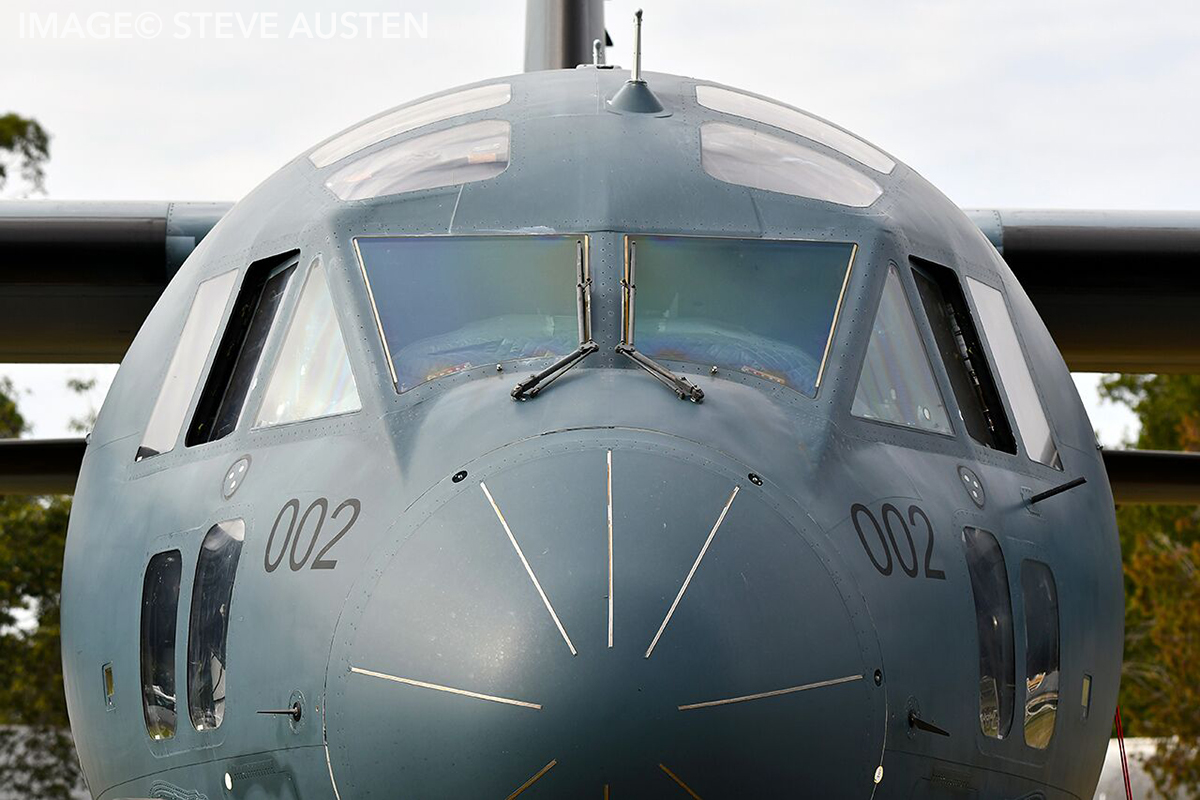 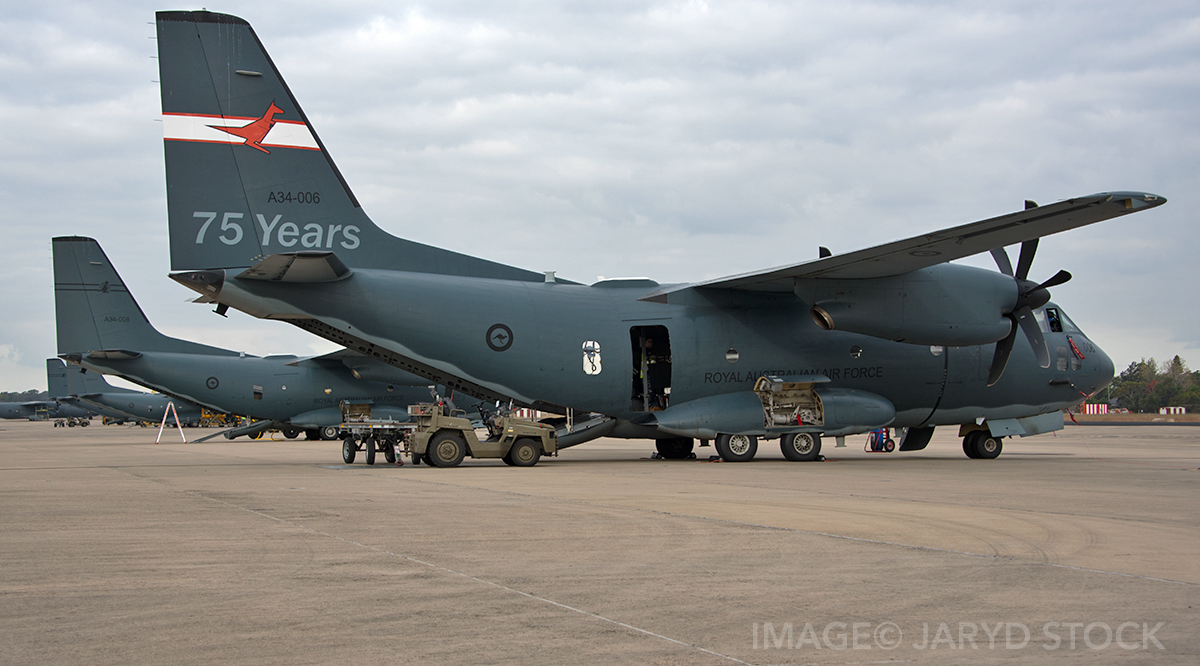 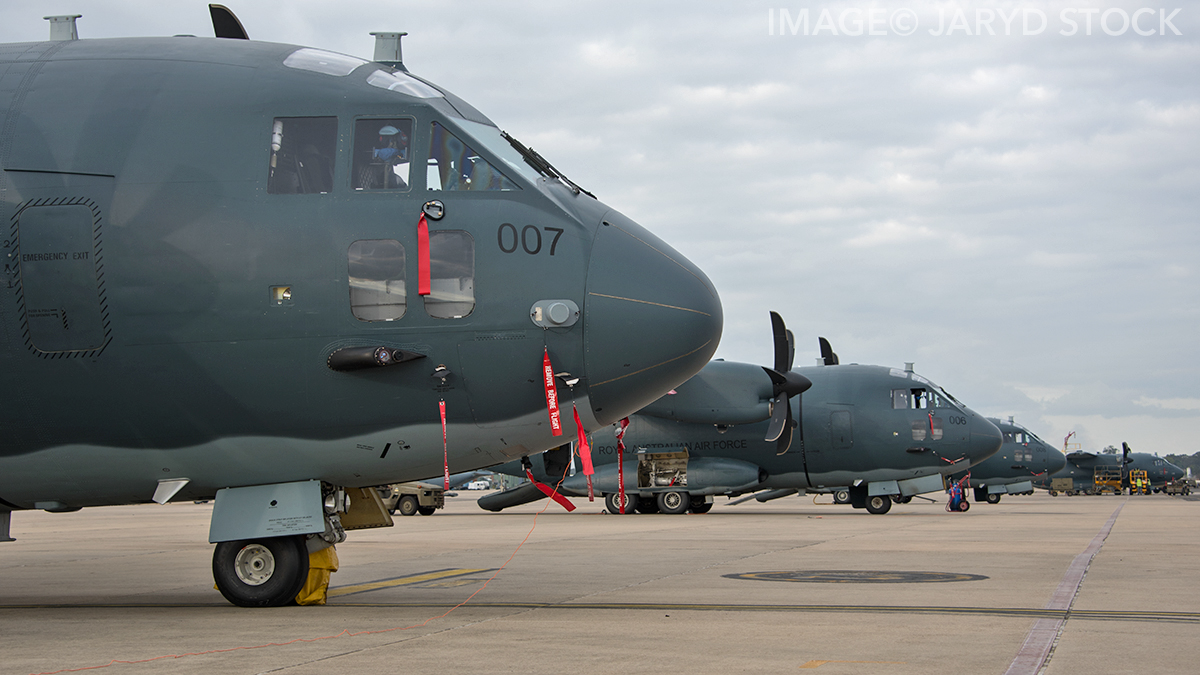 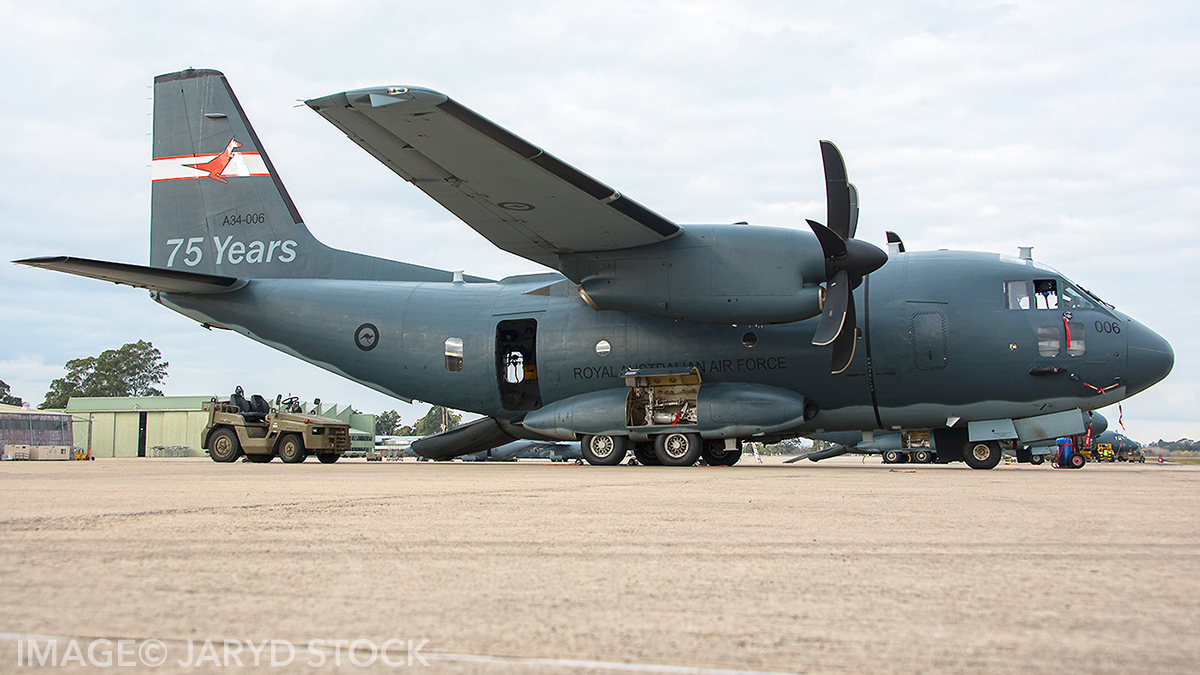 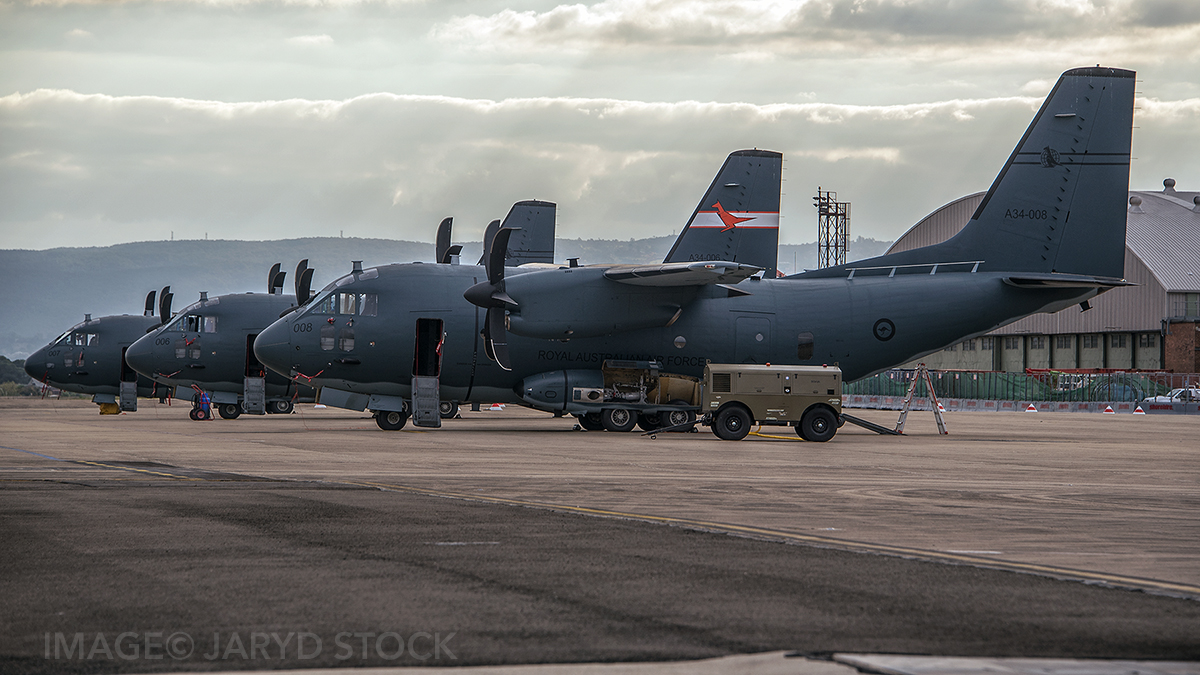 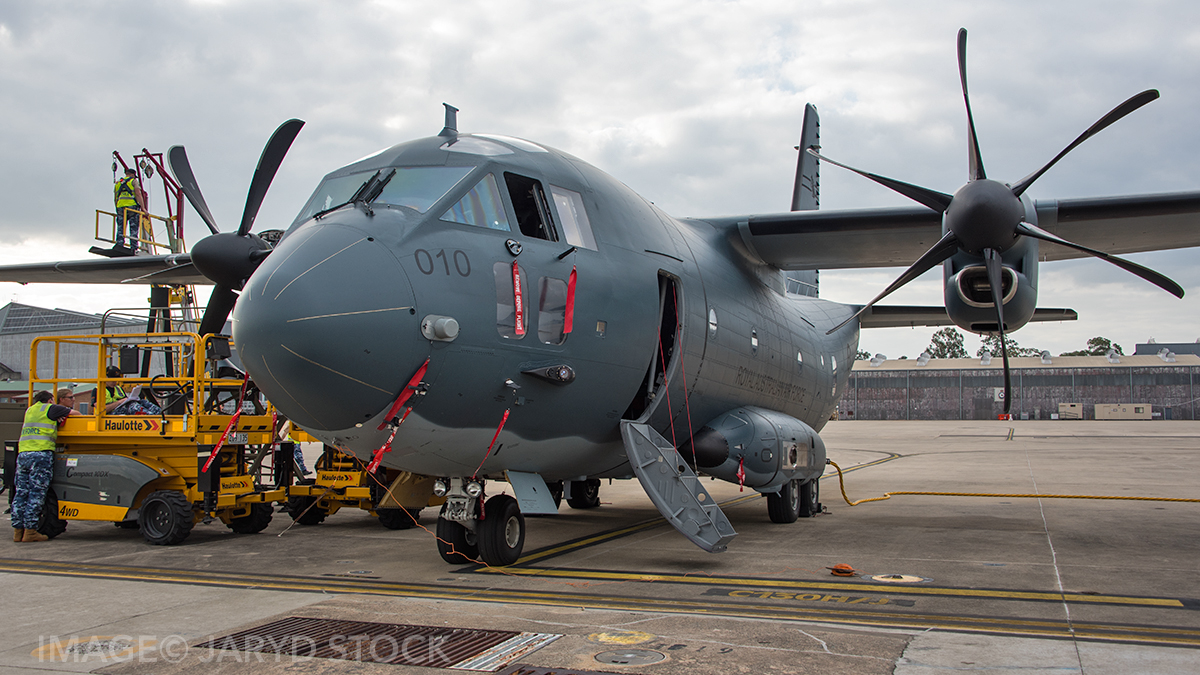 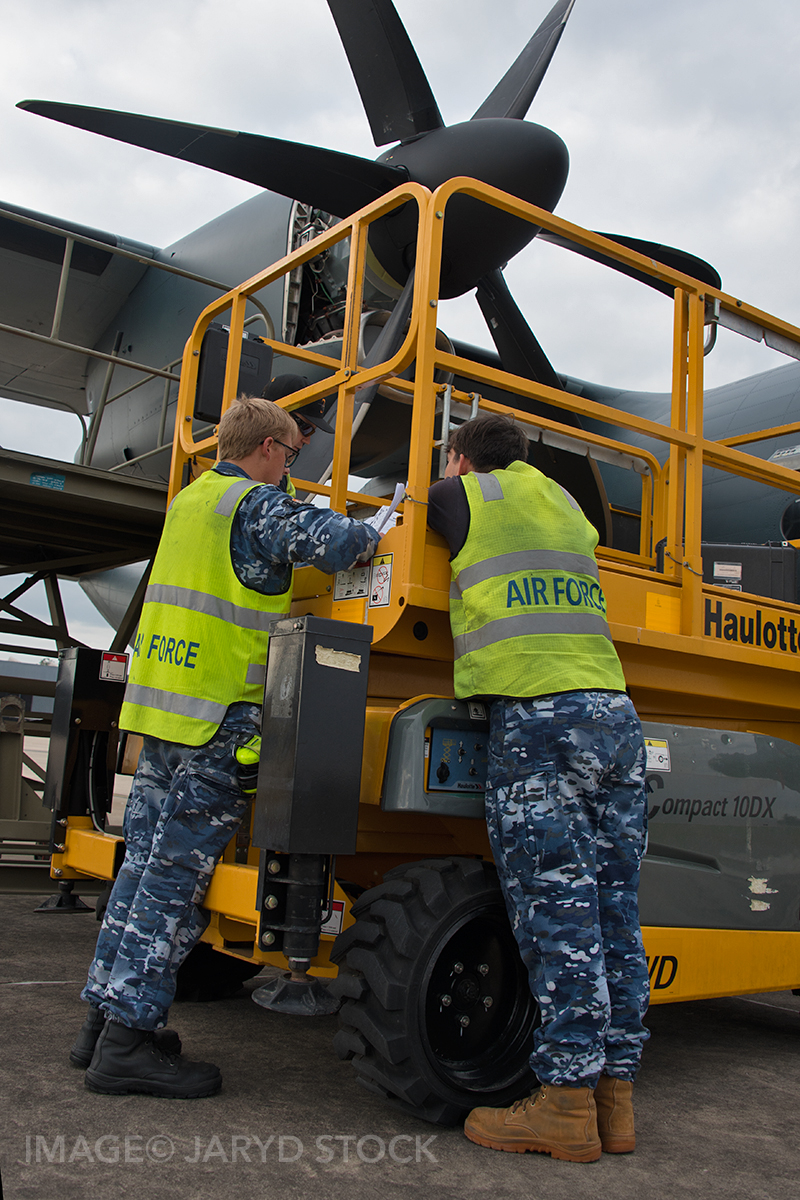 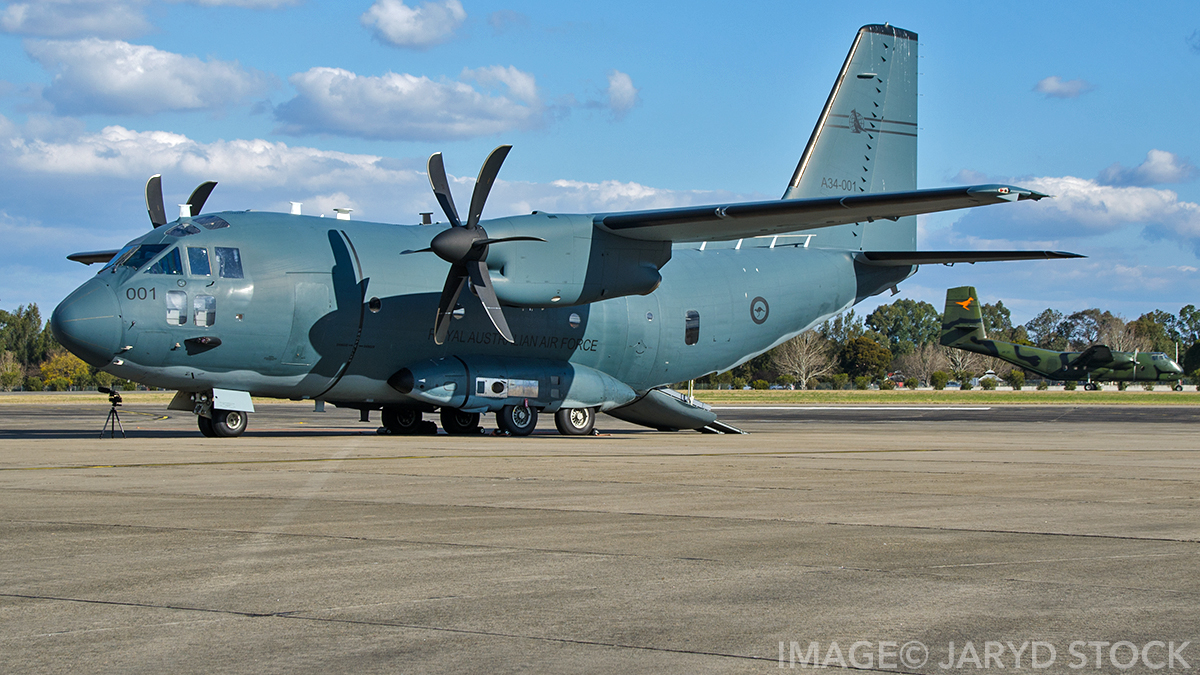 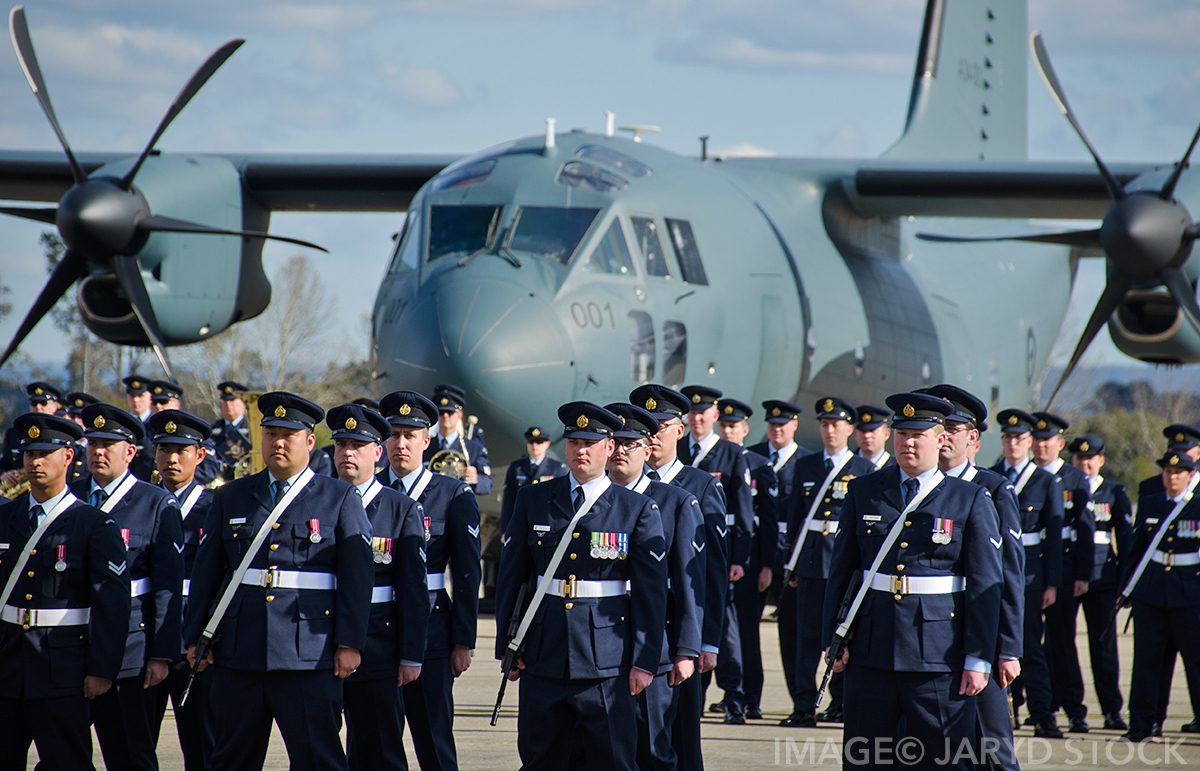 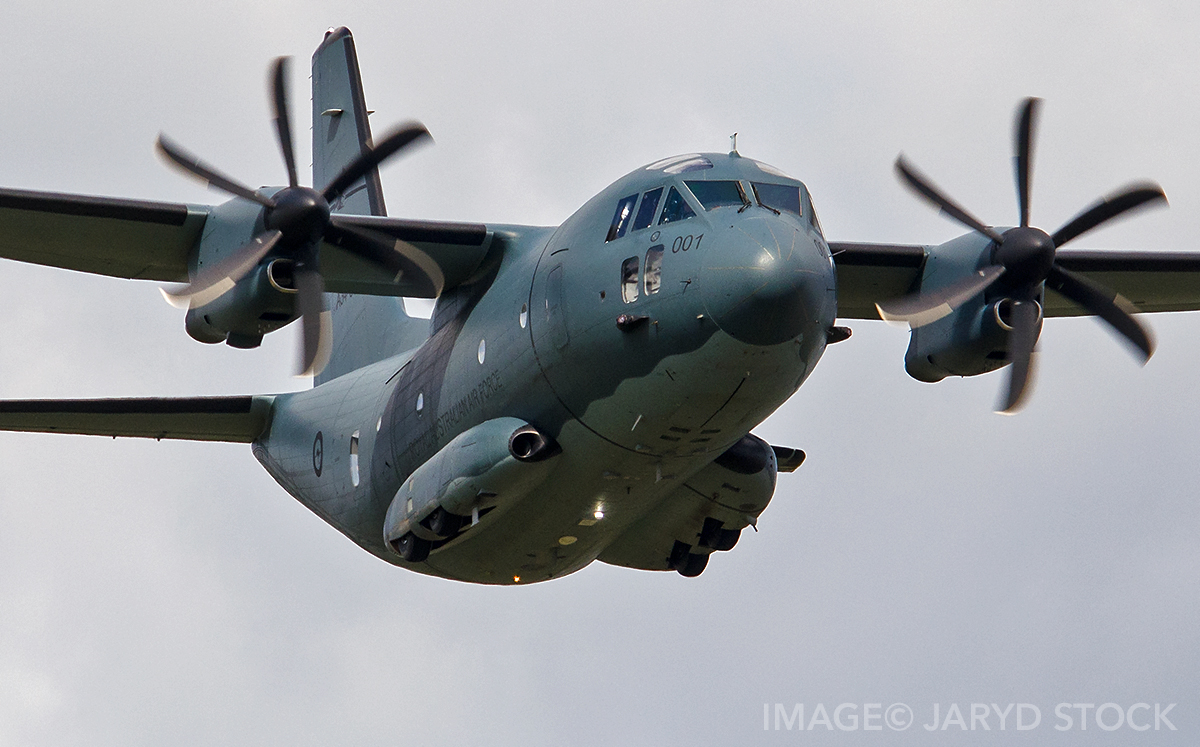 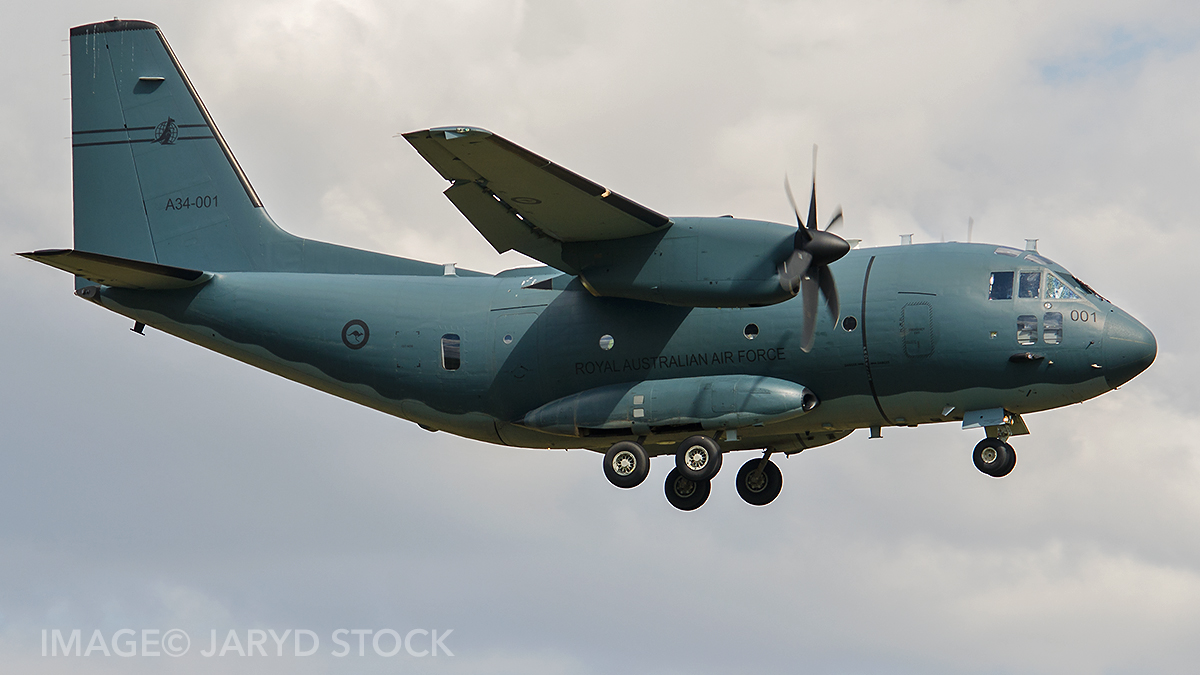 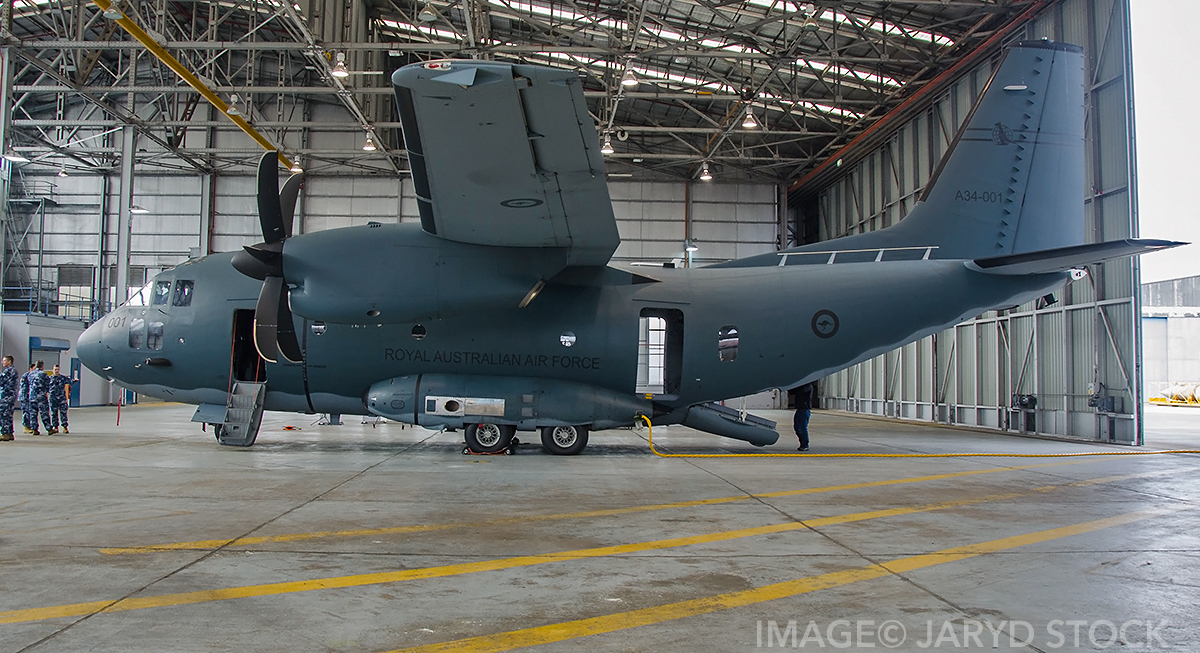 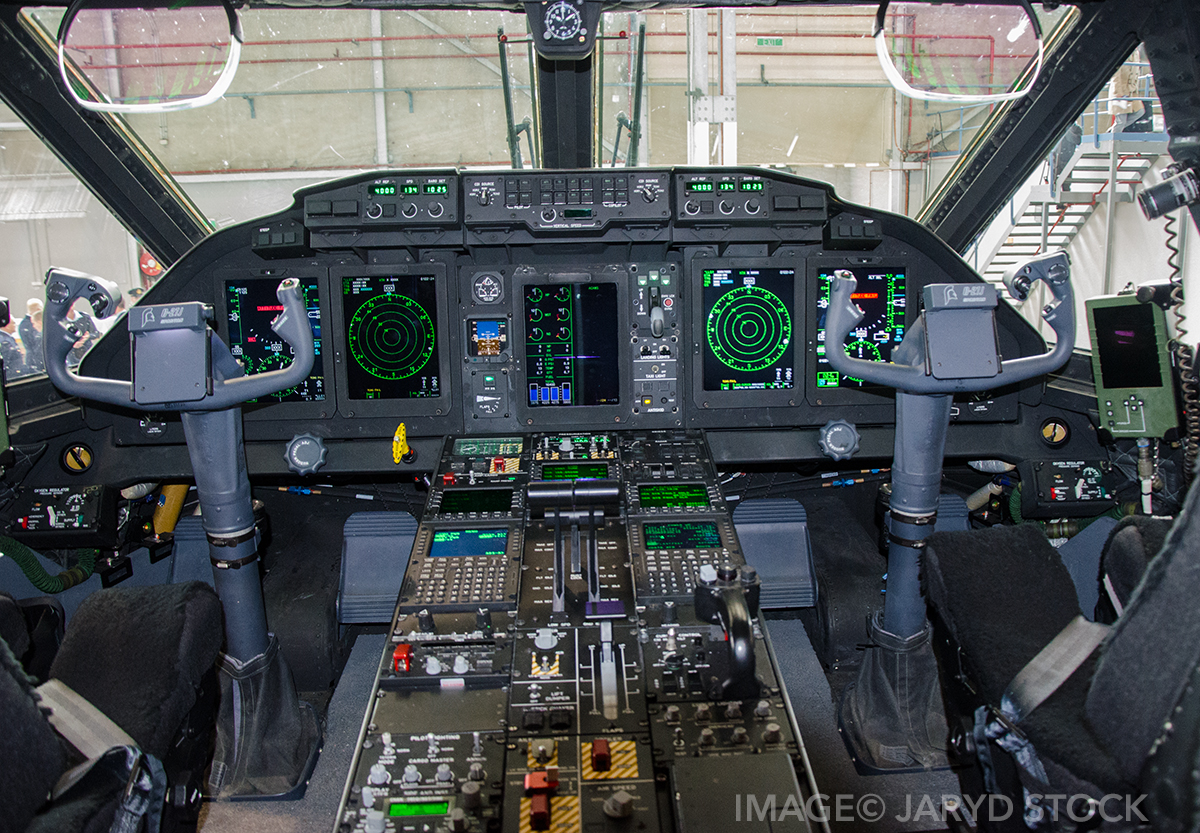 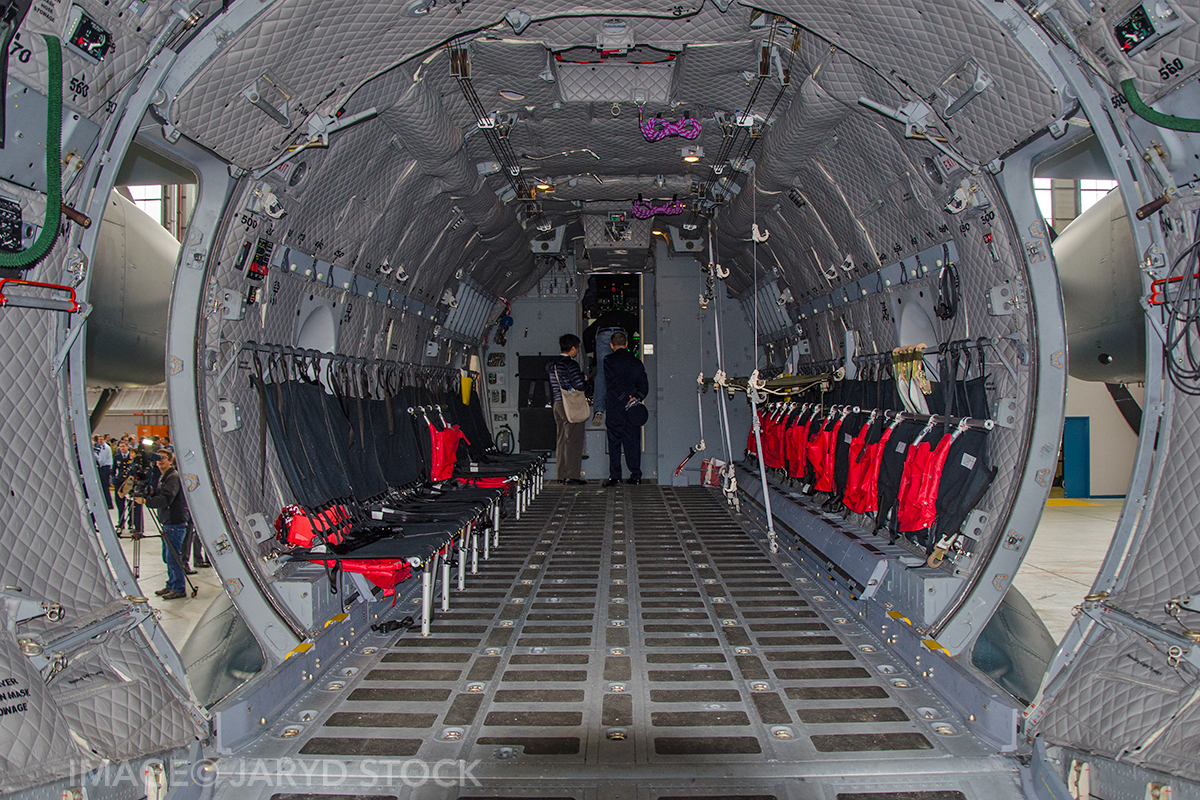 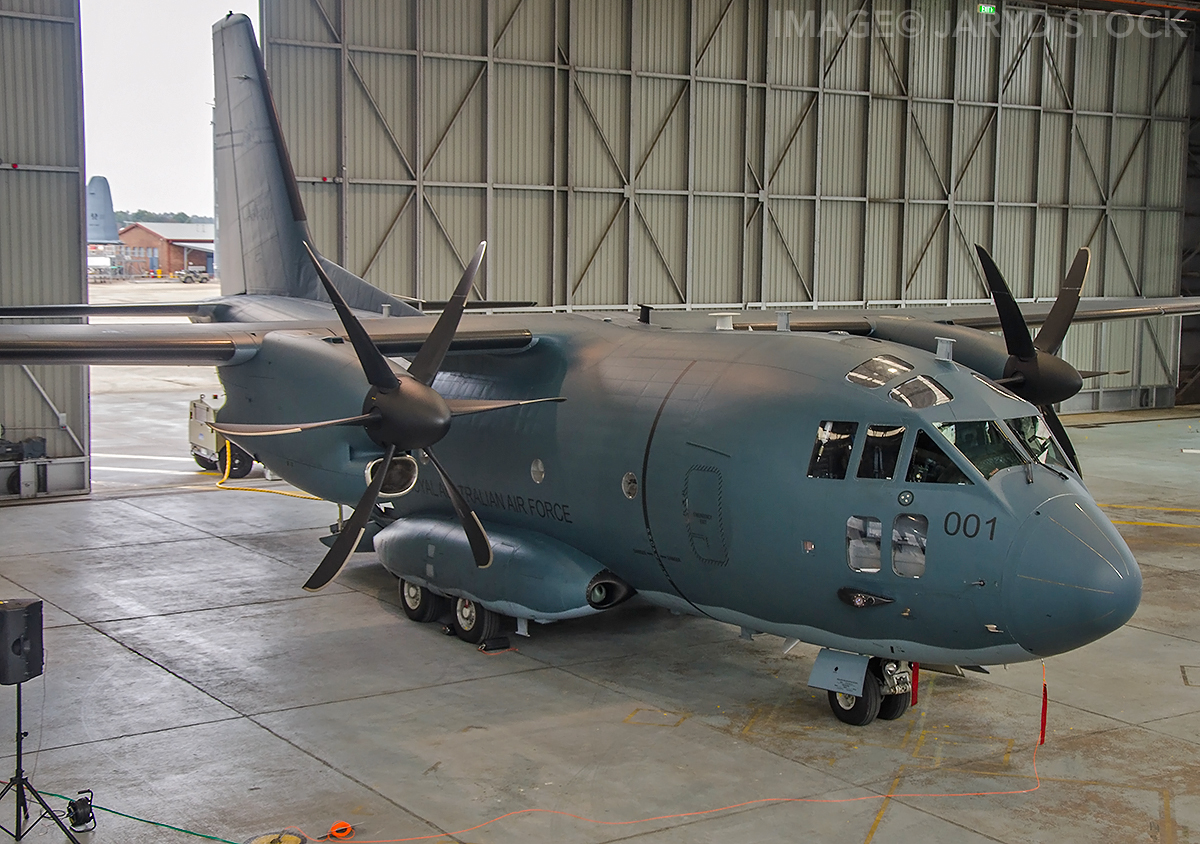 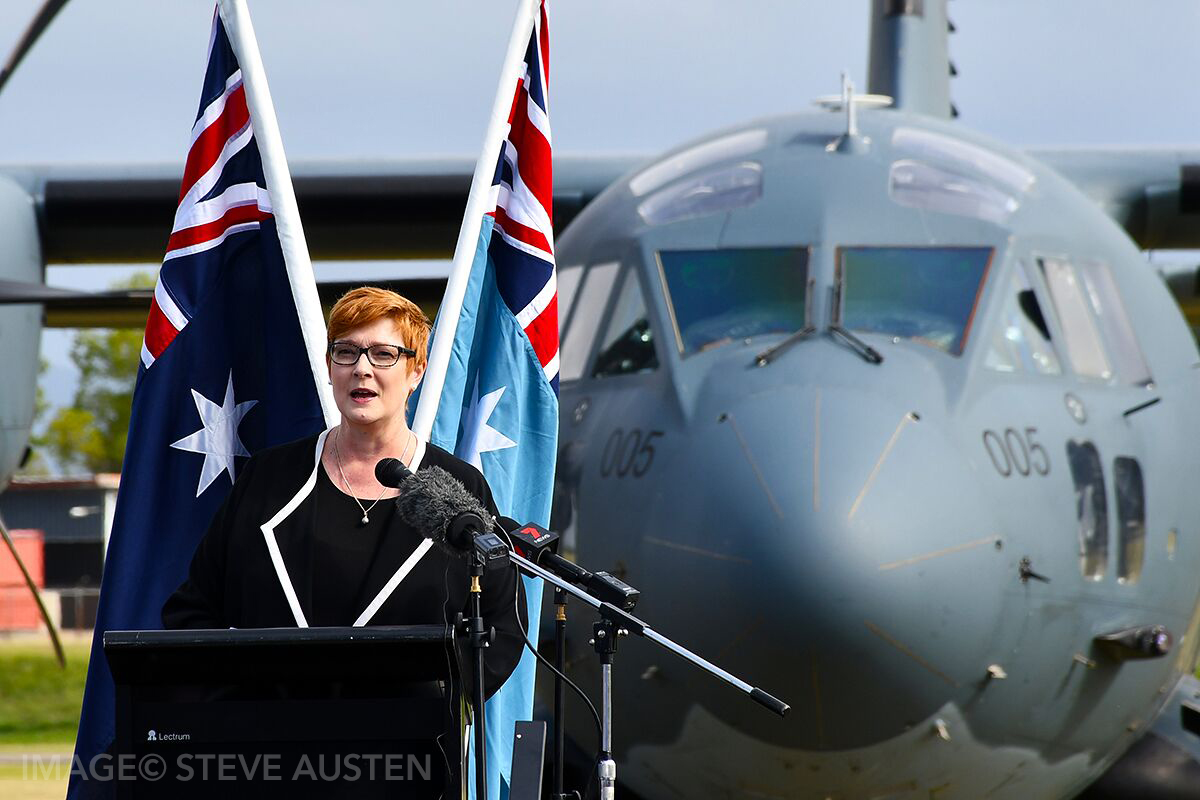 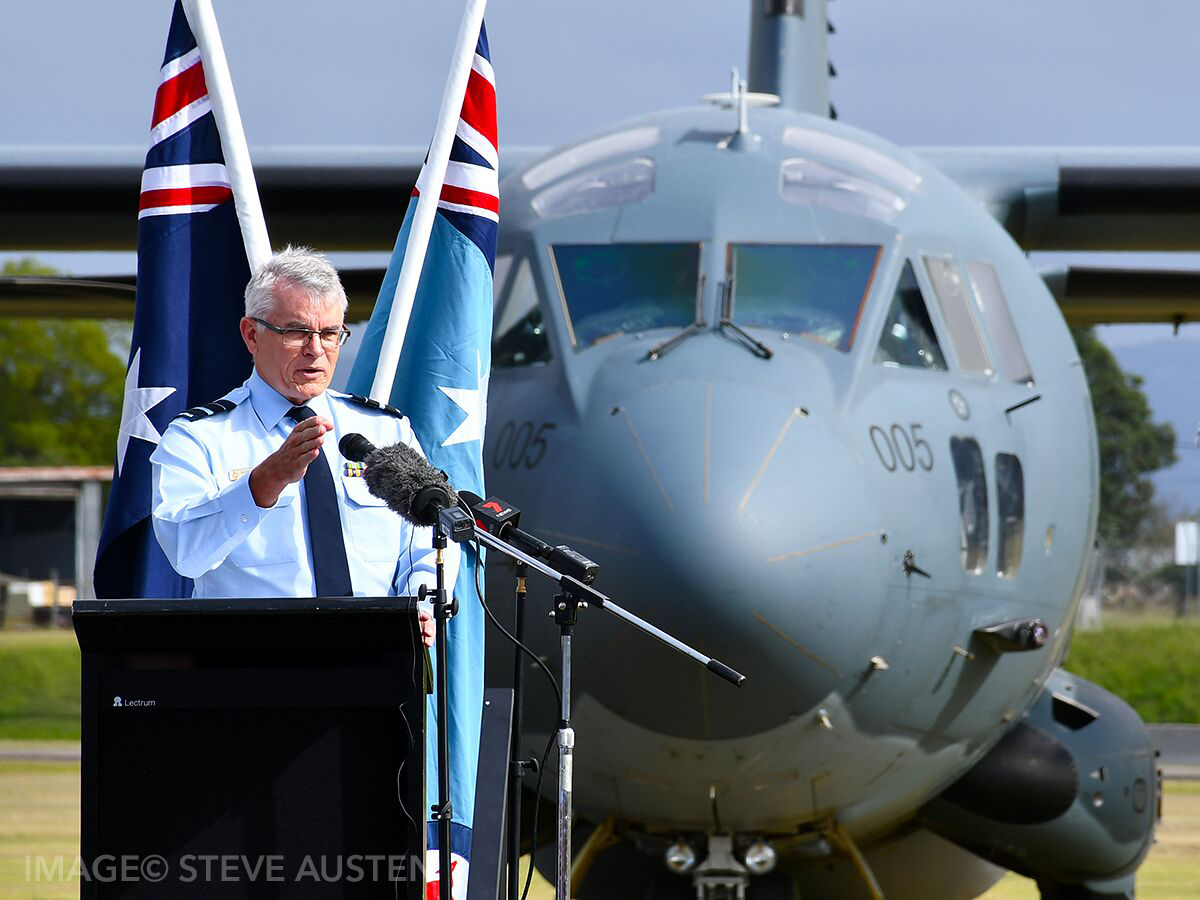