On 12 February, following a request from the Tongan Government in the wake of Cyclone Gita, Defence commenced South West Pacific Assist 2018 as part of a whole of government disaster response effort.

“Standing ready to respond as the cyclone built in power, Australia commenced aid flights when Tongan airfields opened after the storm had passed.”

In addition to the aid flights, a RAAF AP-3C Orion conducted, at the request of the Fiji Government, damage assessment flights over outlying Fijian islands on 14 and 16 February 2018.

The Australian Government is providing up to $3.5 million in humanitarian assistance and in supporting the ongoing relief effort in Tonga. 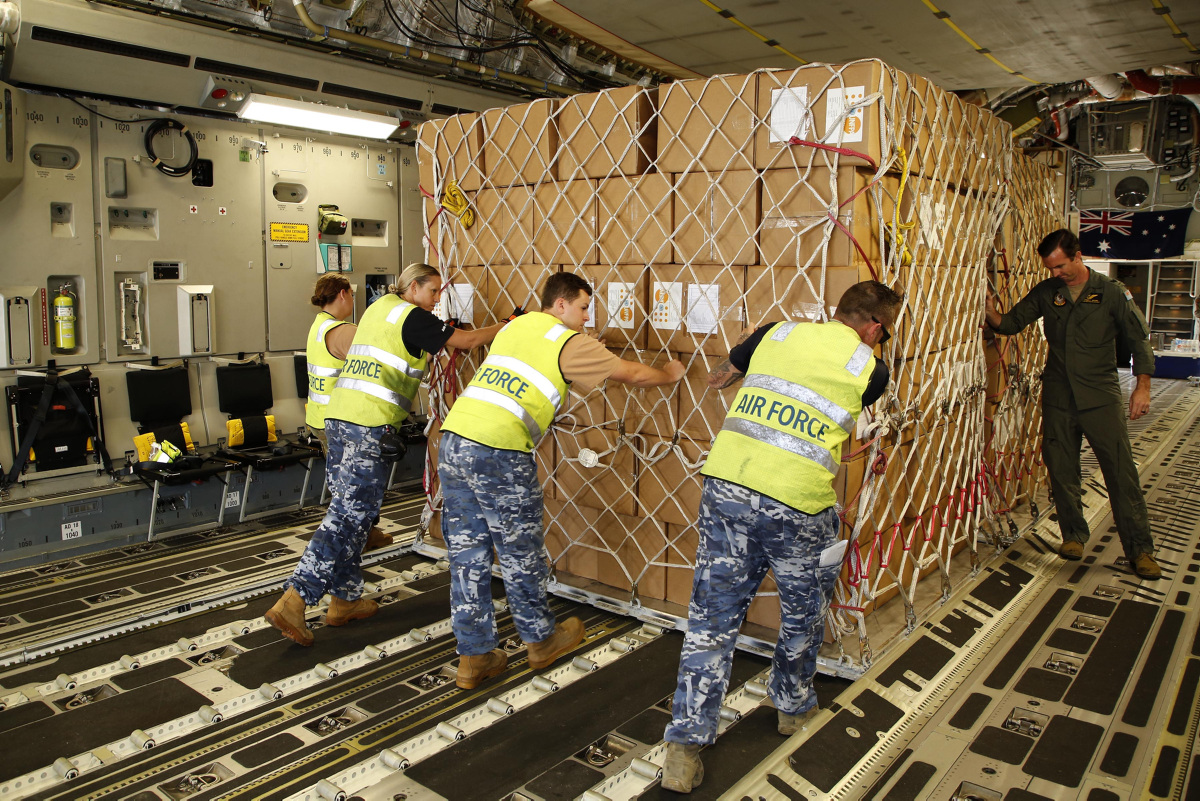 Air Load Team members position a pallet of emergency supplies in a C-17A Globemaster for delivery to Tonga in the wake of Tropical Cyclone Gita. © Commonwealth of Australia, Department of Defence 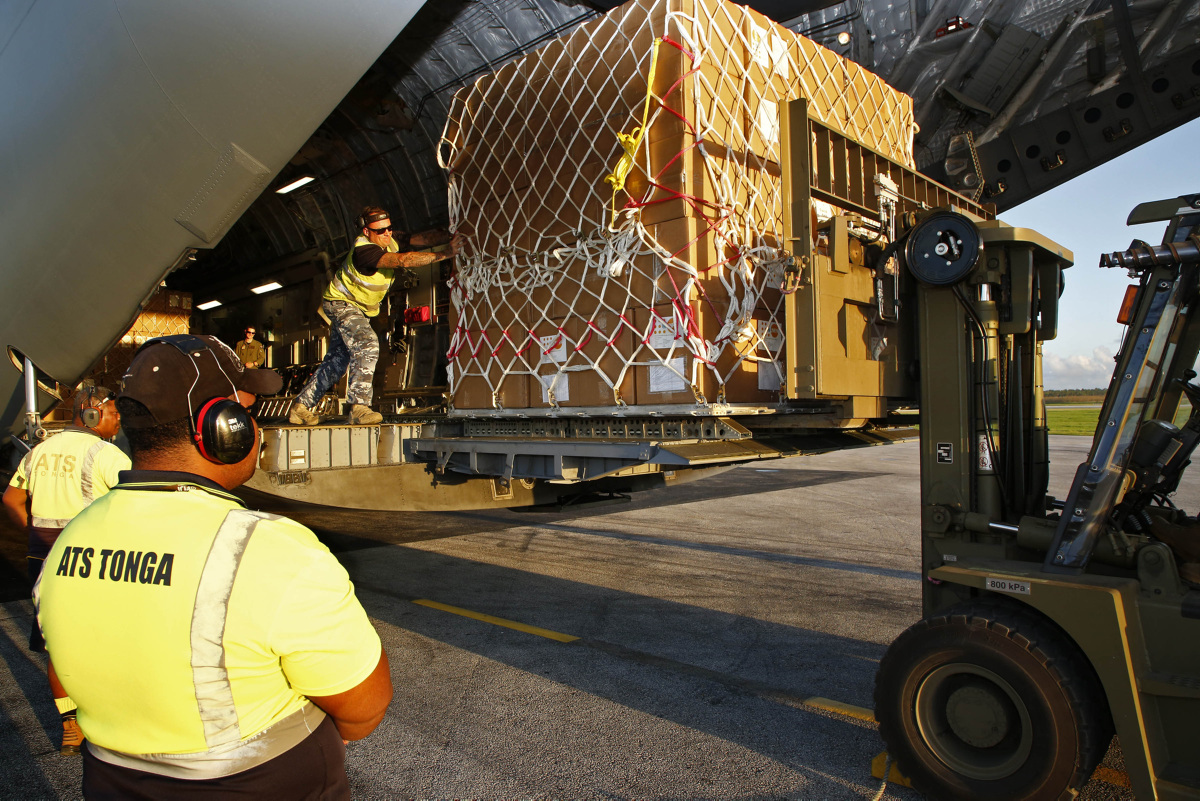 A pallet load of emergency supplies is unloaded from a C-17A Globemaster in Tonga in the wake of Tropical Cyclone Gita. © Commonwealth of Australia, Department of Defence 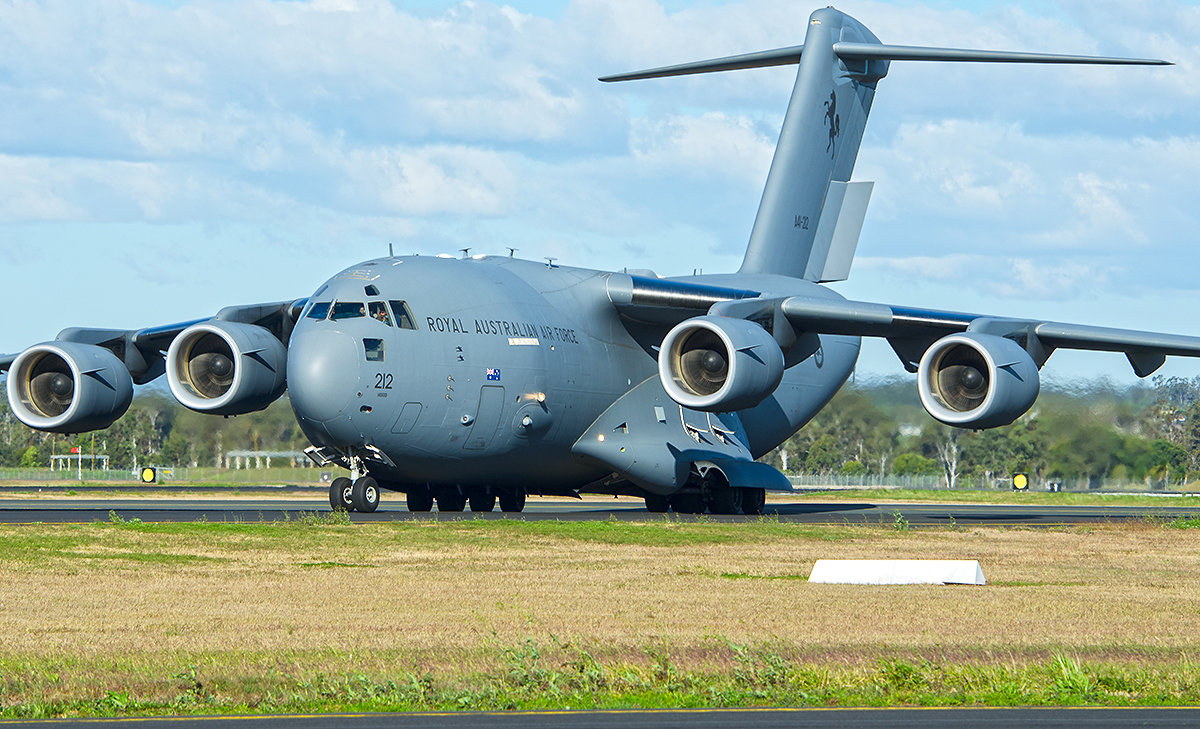 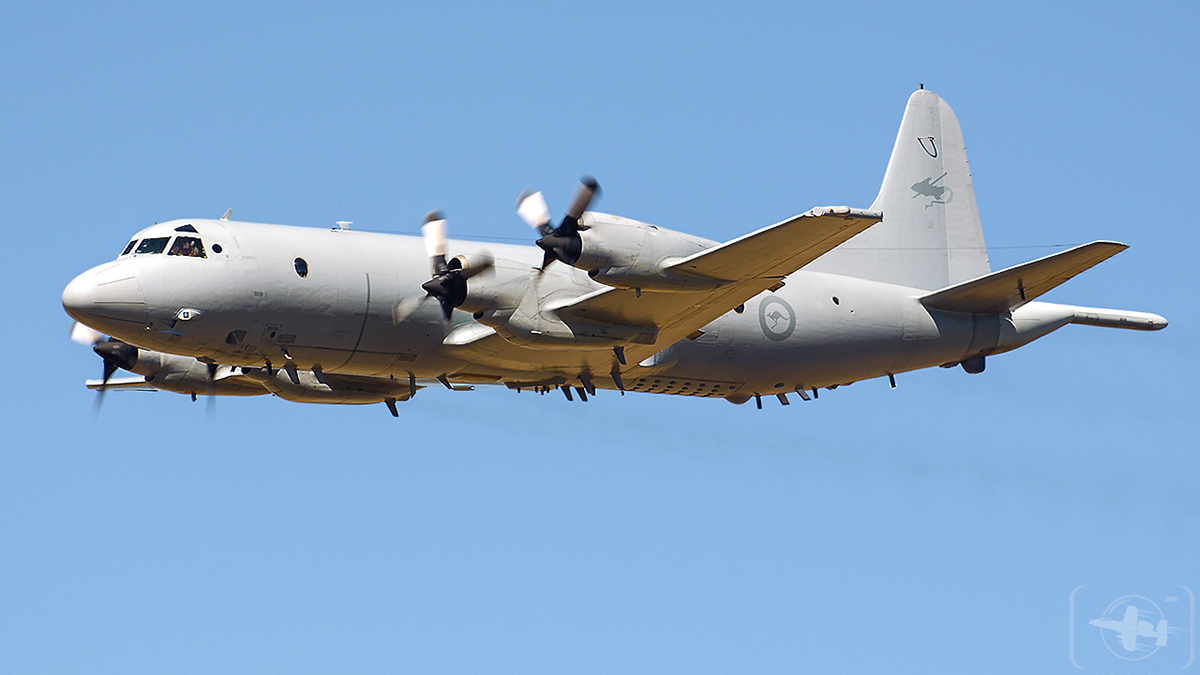