41st Training Air Base was established on 1st July 2010, it is made up of the 1st Aviation Training Centre and 6th Air Base. The first commander of the base was colonel pilot Ph. D. Waldemar Gołębiewski.

41st TAB derives its tradition from the history of the Polish 112th Fighter Escadrille (fighting during the Invasion of Poland in September 1939) and its successor 315th “City of Dęblin” Polish Fighter Squadron which was formed during the II World War in Great Britain. The squadron conduct offensive fight sweeps over occupied Europe. During the war, pilots of the 315th Fighter Squadron confirmed 86 victories, 18 probable and 26 damaged planes. Before the 41st TAB was formed in Dęblin, there was a 58th Aviation Training Regiment here. Through the years 58th ATR perfectly carried out all training tasks. The first years of the existence of the regiment were a very intensive period of training cadets and instructors for a new type of aircraft in Poland, which was at the end of 50s, the MiG-15. In regiment the training was not only of polish young pilots but also over 200 people from Africa and the Middle East: Syria, Iraq, Libya and Algeria. Pilots of Dęblin’s Regiment also covered plenty of airshows and flypasts.

On 1.01.2001 58th ATR was transformed to 1st Aviation Training Centre. Tasks of the new unit were quite similar to the previous one. 1st ATC had to train new cadets and pilots-instructors, progressive improvement aviation skills and still keep on aerobatic teams. 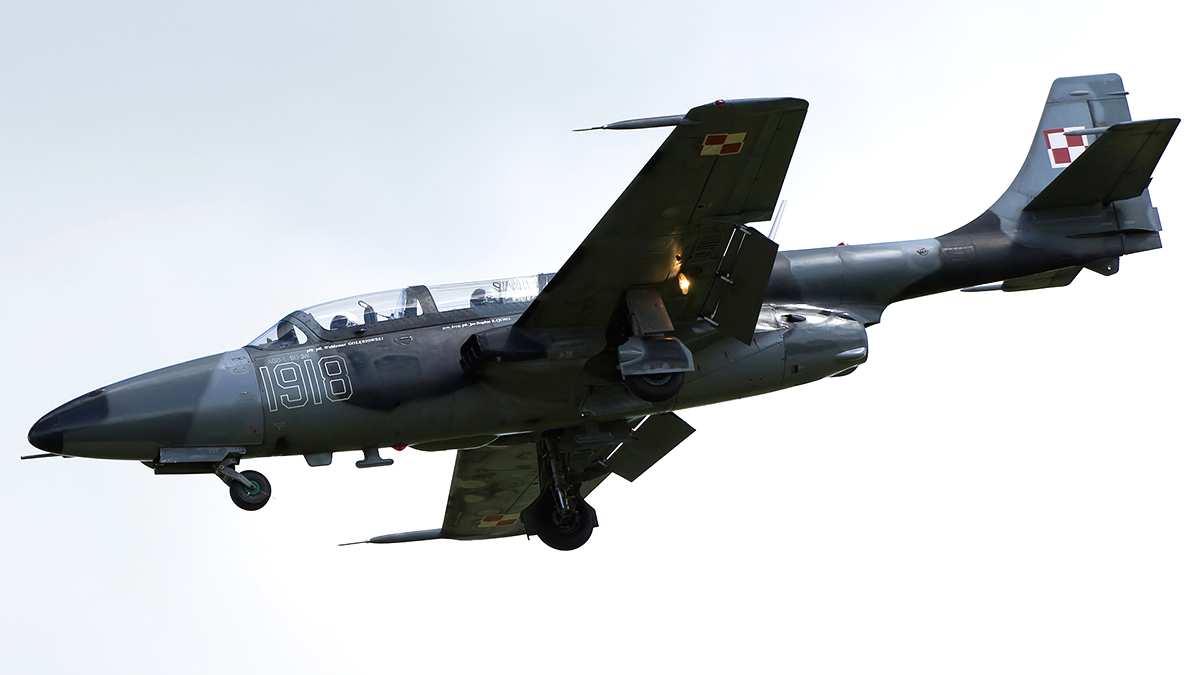 TS-11 Iskra R. This variant was used by the Polish Navy as a reconnaissance aircraft, nowadays it is used in training cadets in Dęblin.

41st TAB was also connected with the 6th Air Base from Dęblin. The history of the base started in 1939 and was indissociable from the Aviation Educational Centre No 1 – Dęblin. The base insured all things which were necessary to the everyday work of aviation units. On 6.12.1994 6th AB started its own activity and the first commander became colonel Ph. D. Andrzej Szmania of 315th Squadron is also taking over certain elements of its symbolism by 41st TAB, a badge “fighting black rooster” which is dating back to the  beginning of the II World War. 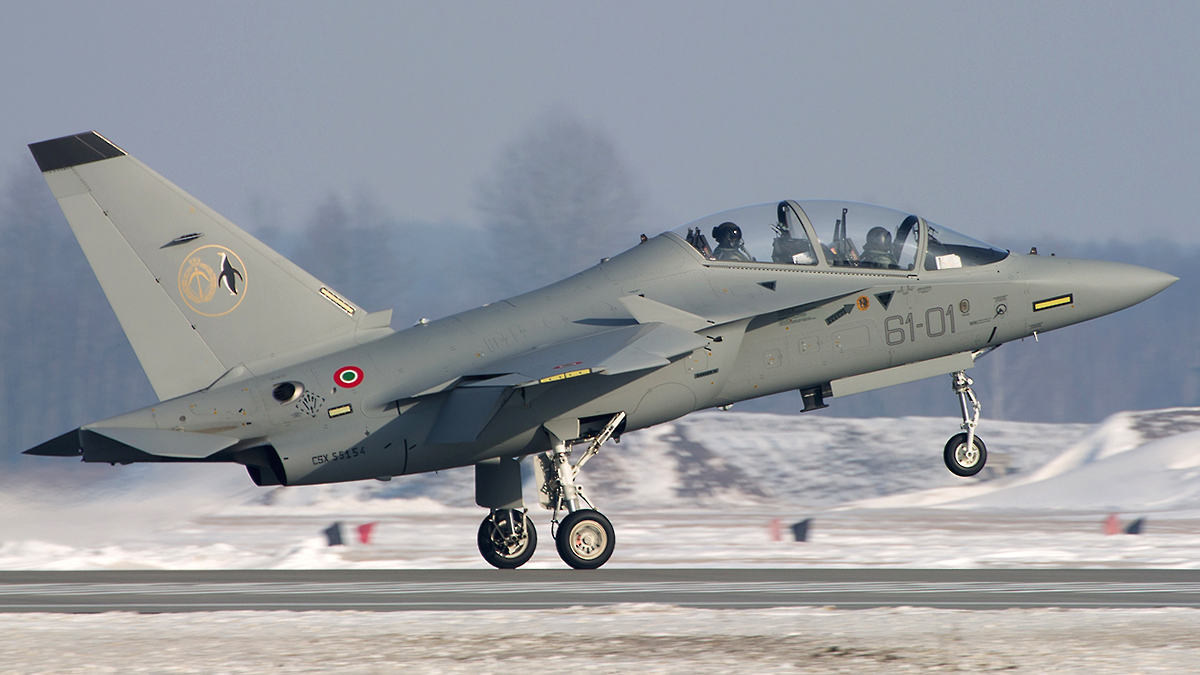 T-346 A/Italian Air Force during tests in Dęblin/3.02.2014. This aircraft will be new jet trainer for Polish Air Force.

Today, since 9th May 2016, the commander of 41st TAB is colonel pilot Artur Kałko (former MiG-29 display pilot). The base uses the following types of aircrafts: PZL-Mielec TS-11 Iskra (jet trainer), PZL-Świdnik SW-4 Puszczyk and Mil Mi-2 (trainer helicopters). TS-11s are used to train young pilots before switching to fighters jets (MiG-29 and Su-22); F-16 pilots have training courses in the USA; after introduction of M-346 the whole or some parts of the course could be done in Dęblin. Some of these planes belong to aerobatic team White-Red Sparks (Biało-Czerwone Iskry) and they stand out special livery with white and red polish national colors. As well SW-4s and Mi-2s are used to train cadets before they go on transport and attack helicopters (Mi-8, Mi-17, W-3, Mi-24). In the autumn of 2016, the base will receive the first two new training jets, Italian M-346 Masters. One-by-one, they will replace the TS-11s, who 3 years ago celebrated 50 years of service in the Polish Air Force. At present 41st TAB is the only polish base which still uses TS-11, there are less than 20 of these aircraft in service. Because the prime of Mi-2 went on, the SW-4 in the future will be the only helicopter using in 41st TAB with an amount of 24. 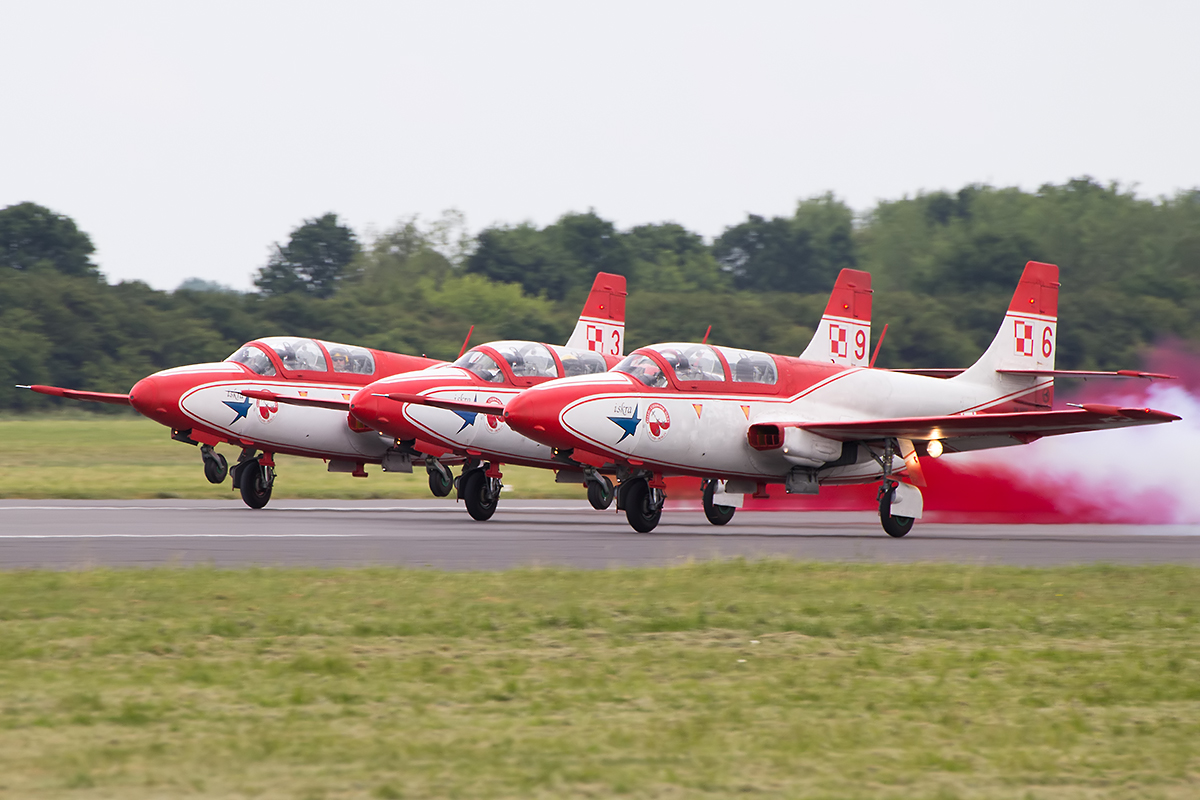 White-Red Sparks are taking off for rehearsal

The White-Red Sparks is a one of two Polish military aerobatic teams which fly on Polish jet trainer built in PZL-Mielec, TS-11 Iskra. The team was founded in 1969 in Radom and was called “Rombik”. In 1991, the team was transferred to Dęblin and the name was changed to Aerobatic Team Iskry. In 2000, the team received its present name Biało-Czerwone Iskry (White-Red Sparks). Through the years, the amount of aircraft belonging to team often changed from 4 aircraft in the beginning to even 9 aircraft in 90s. The White-Red Sparks have visited many airshows in Poland and all of Europe. This season the team has been flying in 6 aircraft formation. 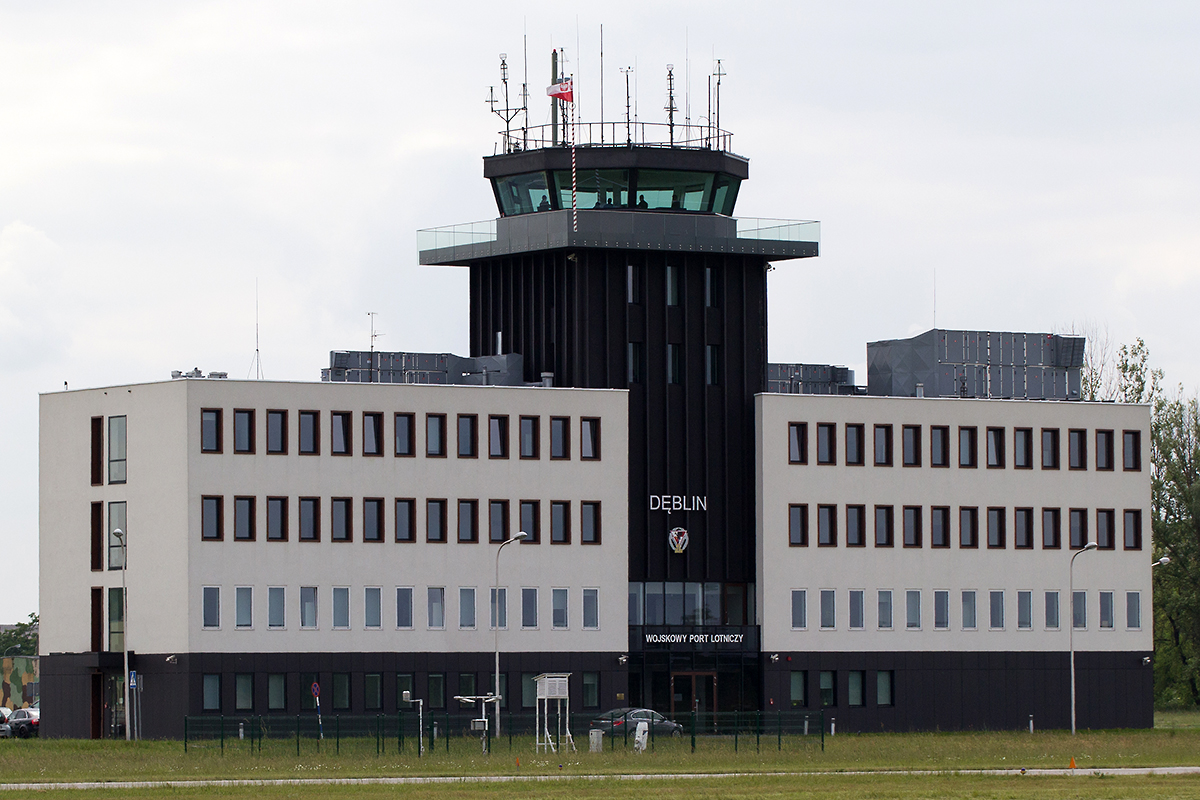 In recent years the airport was modernized. Above you can see new Dęblin’s tower built in 2014

Dęblin airbase is also a host for some international exercises. Last year it was visited by French Air Force Alpha Jets, Czech L-159 Alca’s and, just a couple of days ago by a group of 6 Pilatus PC-21 from the Swiss Air force.

Some Air Shows take place in Dęblin, International Air Show in 1995 and 1998 (before moving to Radom) and anniversary events of local Air Force Academy in 2010 and 2015. 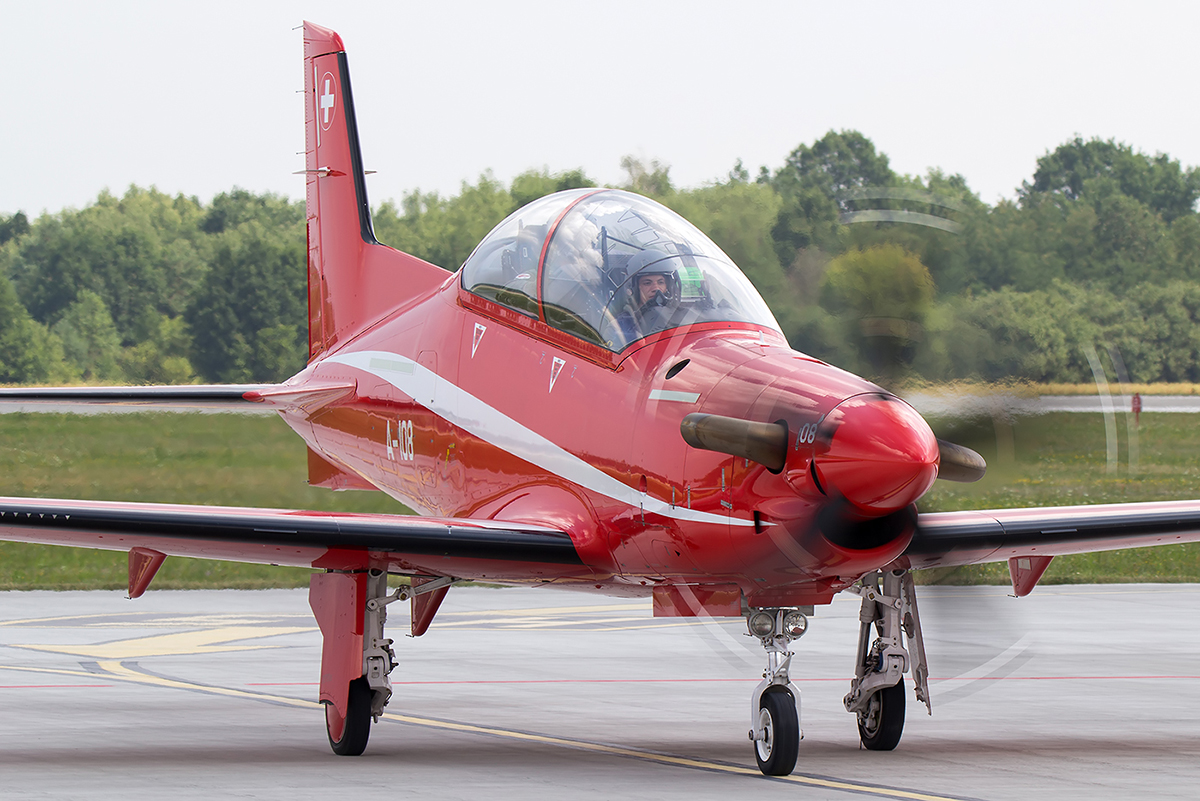 PC-21/Swiss Air Force during one week visit in Dęblin (22-29.07.2016). Instructors and cadets from Sion Air Base were training in Dęblin with Polish pilots.

Dęblin Airport is one of the most important and modern military airports in Poland with some of the largest air traffic of all Polish airports. In 2015, at the Dęblin Airport had 40,692  aircraft movements and the pilots were flying for more than 7200 hours. Dęblin is well known in Europe as the home of the Polish Air Force Academy in which students also train in the 41st Training Air Base. In connection with the new jet trainer last year were periods of developing the infrastructure. New hangars, tower and more facilities were built and required to take the M-346.

Authors would like to thank all personnel from the base for their support during our visits and to enable the writing of this article. 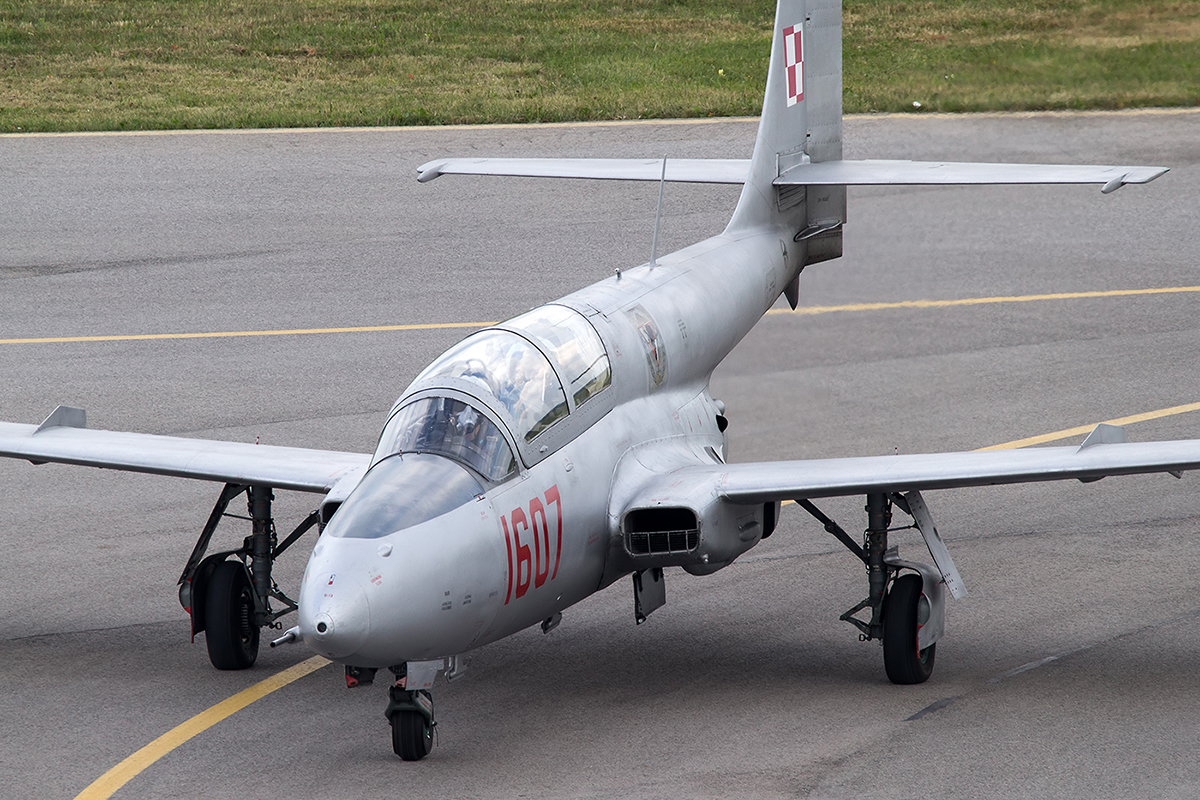 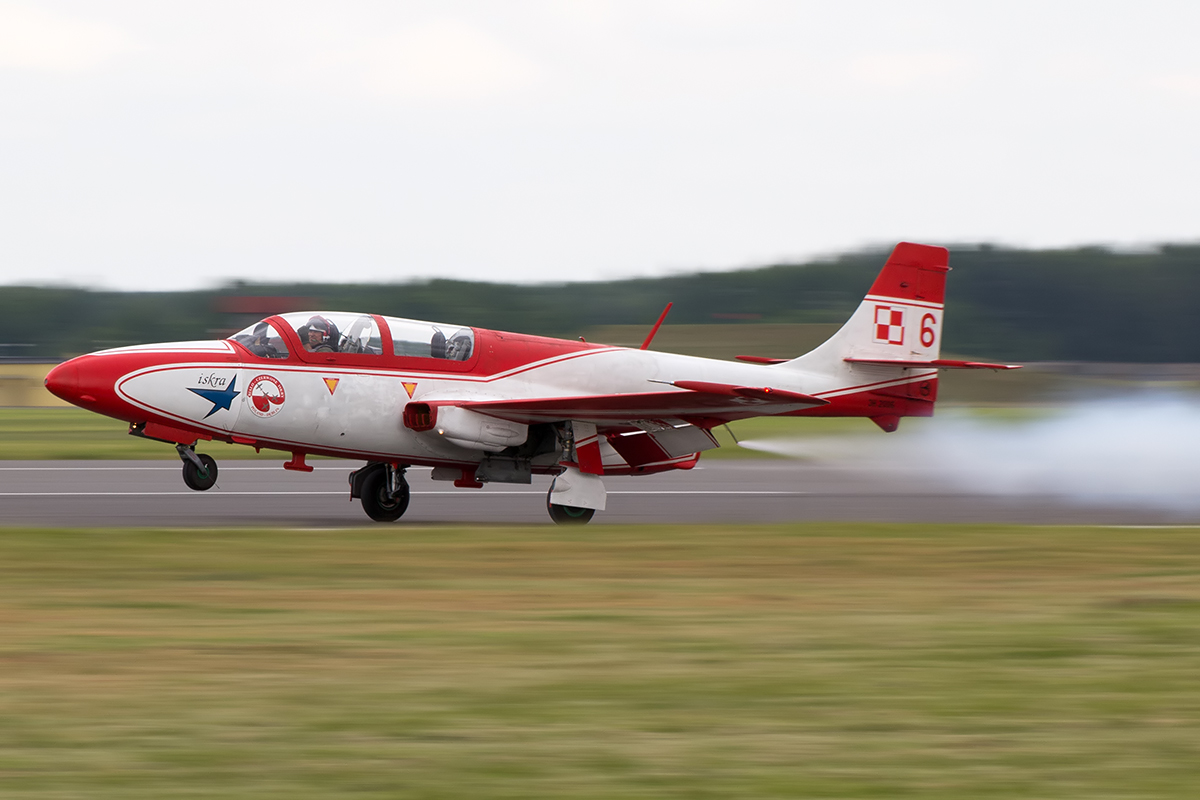 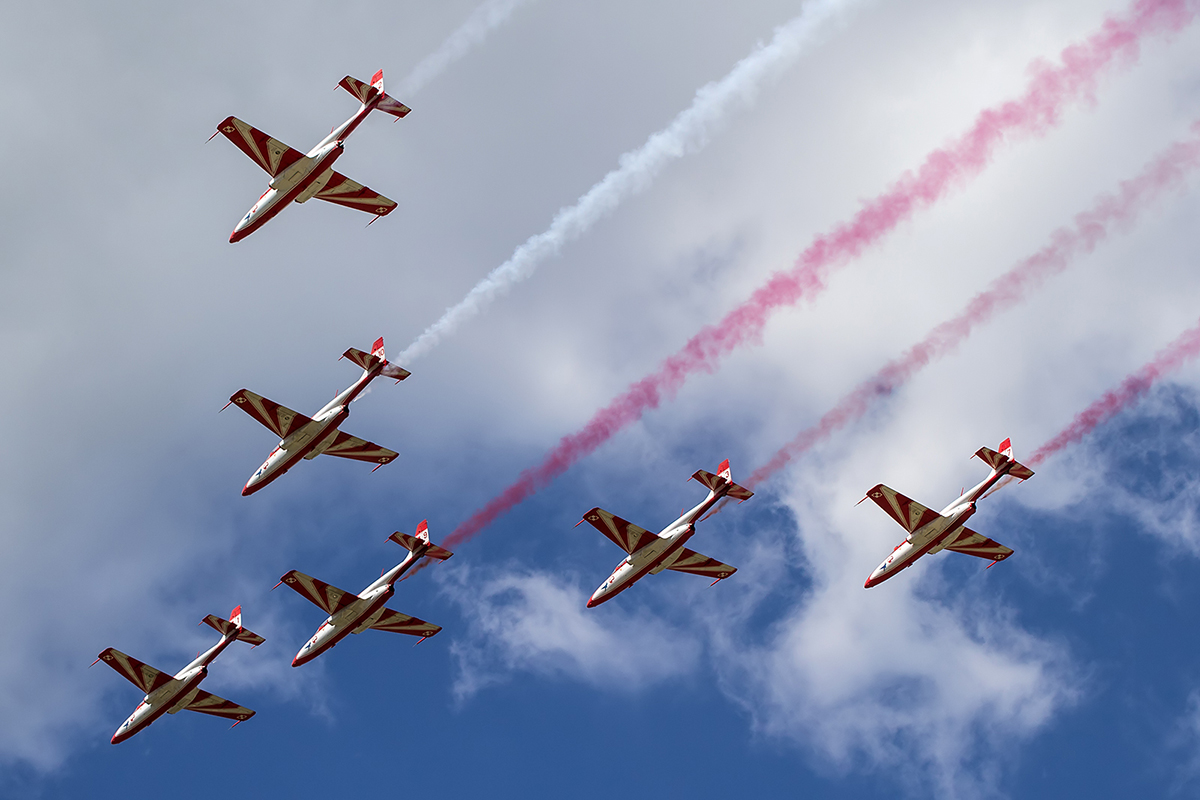 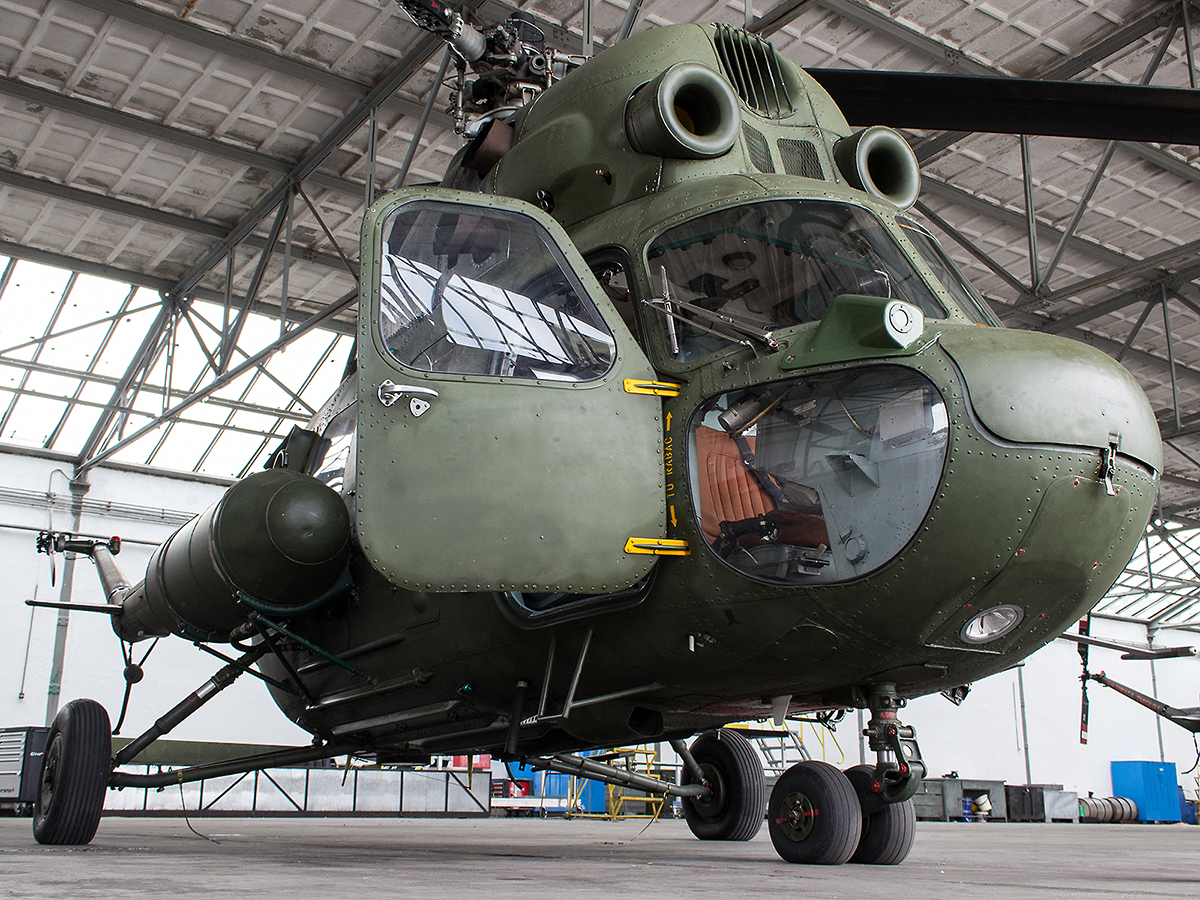 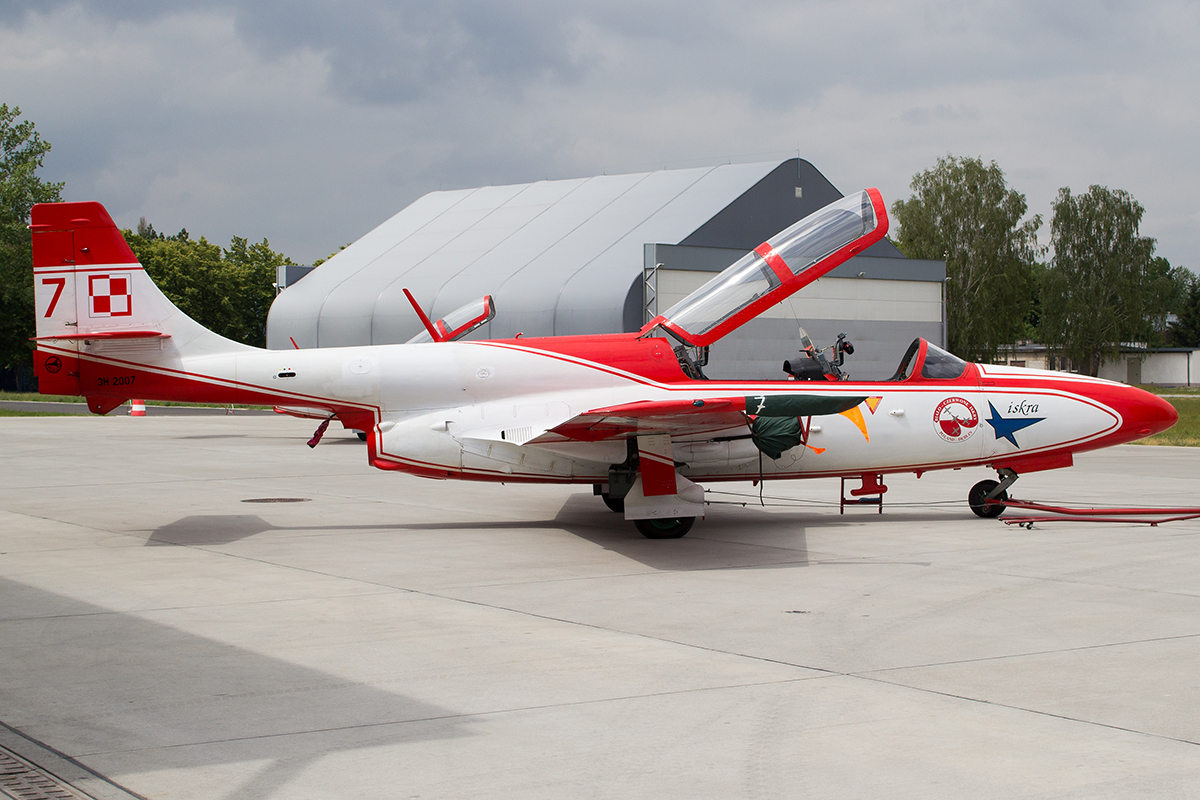 Łukasz can be reached at: [email protected]

Photojournalist at Aviation Photography Digest
Paweł is from Radom, Poland. Currently he studies aviation in National Defence University of Warsaw. He is living near to the Radom Airport, well known because of a big International Airshow which takes place there. From early childhood he got an opportunity to enjoy displays from world best pilots and see great variety of aeroplanes from both sides of former Iron curtain.

Paweł’s interest in video filming began when he was 16 years old when he received his first Panasonic camera. Nowadays he uploads his works from Airshows and Polish military bases in YouTube (PW Aviation Video).

In addition he is interested in craft beer and history.

Paweł can be reached at: [email protected]
Send this to a friend
SUBSCRIBE TO OUR NEWSLETTER
All rights reserved © Aviation Photography Digest, 2022
Subscribe to our FREE newsletter and get notified when new articles are published.
Subscribe
×