Gran Canaria and Lanzarote were the scene of two major air combat exercises held from October 15 through 29, 2021. Ocean Sky took place at Gando Air Base, situated on the island of Gran Canaria, while EART took place on the island of Lanzarote. These Spanish islands are part of the Canary Islands archipelago, located 100 kilometers west of the North African coast.

The main participant of Ocean Sky was the Spanish Air Force, alongside the Hellenic Air Force who participated with the F-16. The main objective of this exercise was to develop the capabilities of the Command and Control Center of the Air Combat Command. Its goal: Improve the level of air-to-air combat missions of the units involved in this exercise.

Ocean Sky was originally known as DACT (Dissimilar Air Combat Training), of which the first edition was held in 2004. The Spanish Air Force was its sole participant. This was expanded throughout the years as DACT saw participation of the Spanish Navy as well as multiple Air Forces from countries such as Belgium, France, Germany and the United States as well as the multi-national NATO AEWC. The wide variety of aircraft types within the participating fleets accounted for improved dissimilar air combat training.

The host unit at Gando is Ala nº 46 with the 462 Squadron operating the F/A-18+ Hornet. The squadron is tasked with providing air defense to the Canary Islands archipelago. The Hornets operated by the 462 Sq. differ from those operated by the Ala nº 12 & 15 in that they are all ex-US Navy & Marine Corps aircraft. These aircraft have not been part of the Mid-Life Upgrade (MLU) program, unlike the other Hornets utilized by the Spanish Air Force.

Major General Juan Pablo Sanchez de Lara, Head of Mando Aéreo de Canarias (MACAN – Canary Islands Air Command) elaborated on the mission during a presentation. When asked about the scene in which the exercise was conducted, he said:

“The area around the islands is ideal for us to conduct this exercise. We have large amounts of airspace available, particularly to the south, where there is little in the way of civilian air traffic.”

On my question on how they decide who to invite as a participant for this exercise he said:

‘’We send out invitations every year to a number of partners and then we discuss what they can bring and what they can offer us. Earlier this year we did an exercise with the Greek Air Force, and we stayed in contact about Ocean Sky and they loved to participate this year.’’

During his presentation on the media day of the 21st of October, El Coronel Maurin explained the main target of this exercise:

‘’Apart from its permanent mission of defending the Spanish sovereign airspace, the ESP AF must maintain its units adequately trained and ready to be transferred to the operational structure of the ESP Armed Forces whenever they are activated to participate in real operations.’’

During our interview he said that he was delighted to see that the Spanish Air Force can host this exercise with so many units involved at the same time. ‘’Responding to and cooperating with different perspectives from the Greek Air Force is a valuable addition. Other countries are welcome to participate as well, the USA and France have done so in the past years’’.

Units, Phases & Missions of the exercise

The Spanish MACOM (Combat Air Command) dispatched the following ‘Ala’ (wings/units) to Gando for this year’s edition of Ocean Sky.

The Greek Air Force was represented with the F-16 C/D Block 52+ of 343 Squadron from Souda Bay. AWACS missions were flown from Gando AB during the exercise as well.

The missions were flown in an area designated as DELTA 79, located to the South of Gran Canaria. The main missions were flown between 10am and 1pm, during which aerial refueling was provided by French, Dutch & Spanish tanker aircraft. One of the missions during the exercise was simulating ‘lost radio contact’, during which the fighters flew the tankers home under wing support.

The COVID-19 pandemic meant that last year’s edition had to be suspended. This year 50 fighter jets, 700 support staff and 3 support aircraft participated in Ocean Sky 2021. This resulted in 500 flights during 27 joint missions held in the four different phases of the exercise.

Phase 1: Force generation and deployment with the participating units carrying out all personnel and force preparation tasks.

Phase 3: Practical phase with DACT (Dissimilar Air Combat Training) in which tactical training missions with different scenarios and a large variety of aircraft types are flown. The missions were divided in a morning and afternoon session. No night missions were flown during Ocean Sky 2021.

Phase 4: Final phase with the withdrawal and redeployment.

The missions of Ocean Sky from Gando AB were as follows:

There was close collaboration with the coinciding EART exercise, during which fighter pilots were trained in air-to-air refueling. 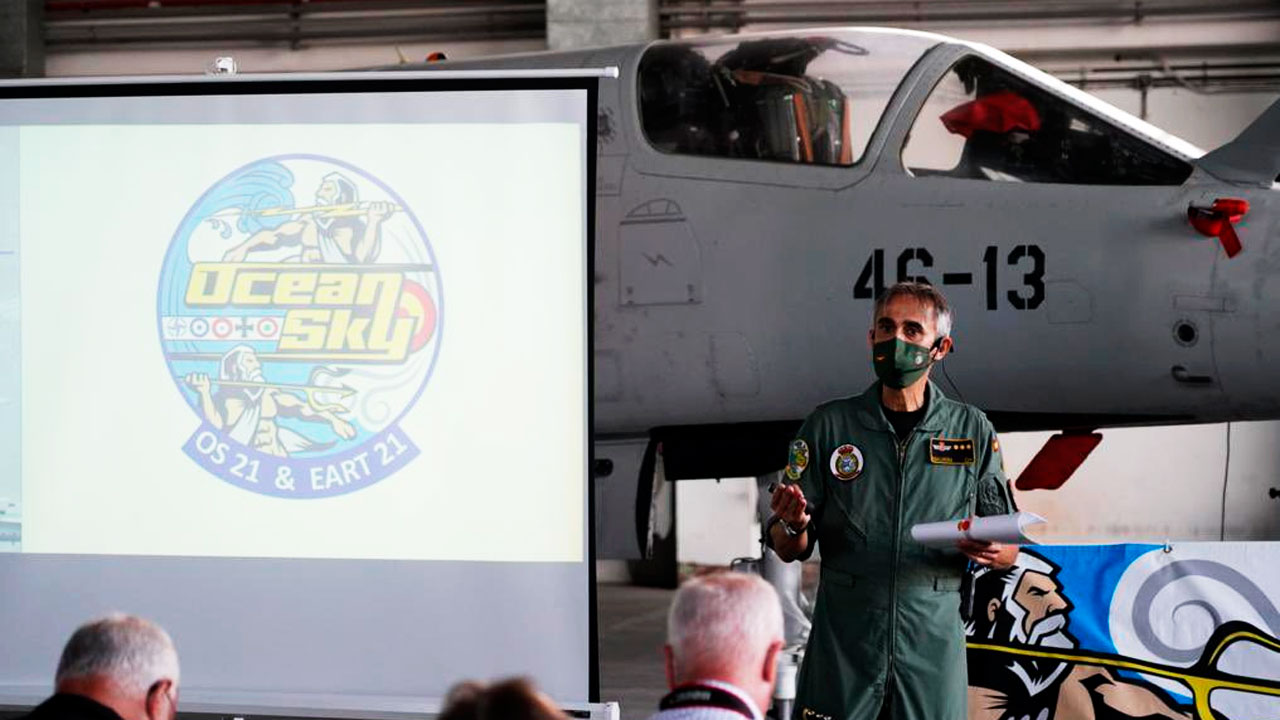 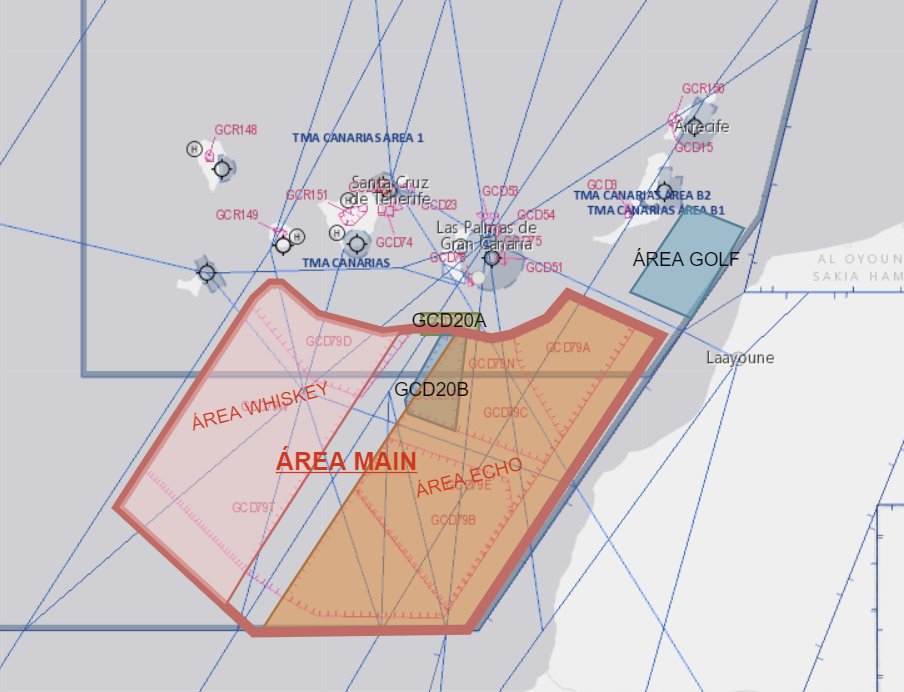