Report and Photos by Tim Bowrey

The change is only the fifth time the red-and-white image on the tail of Qantas aircraft has been updated since it was first introduced in 1944. The last update was in 2007 to coincide with the introduction of the Airbus A380 to the national carrier’s fleet.

Qantas Group CEO, Alan Joyce, revealed the new design together with the new Business Suites and Economy seats that will feature on the Boeing 787’s to hangar 96 at the Qantas Jet Base of around 1,000 employees and guests in Sydney. 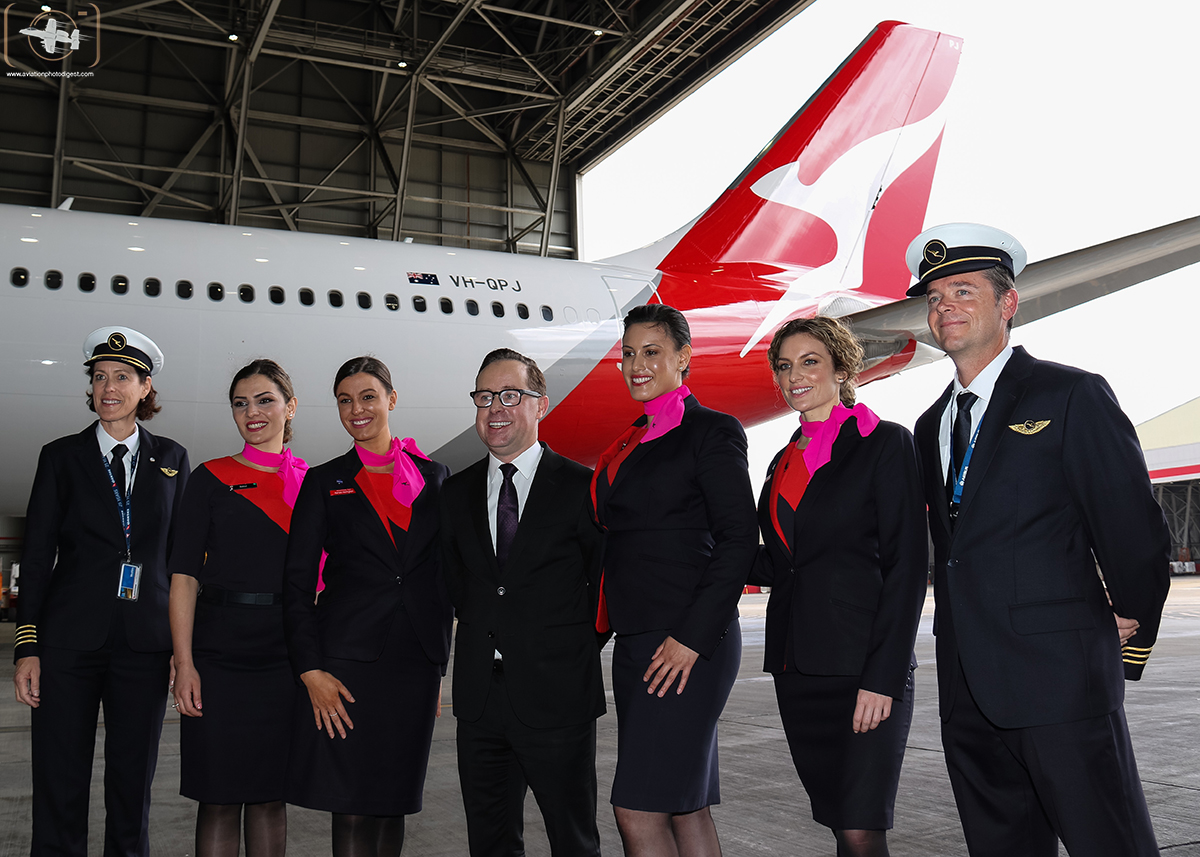 Mr. Joyce clearly enthusiastic on the updated logo stated in his address “Since the image of a kangaroo first appeared on a Qantas aircraft more than 80 years ago, it’s come to represent the spirit of Australia. When passengers see the Qantas tail at airports around the world, it’s a symbol of home.”

“We wanted to make sure our brand remained familiar but we also wanted it to be more modern and dynamic, like the 787 and like Qantas, said Mr Joyce.

“When we looked at the history, we found that the logo has been updated around the time of a game-changing new aircraft joining the fleet. It’s a tradition that goes back to the Lockheed Constellation in 1947, the B747-300 in 1984 and the A380 in 2007.”

“A fresh brand helps symbolise the new era Qantas is entering as we head towards our centenary. It’s an era of new destinations, new technology and a new standard of service,” added Mr Joyce. 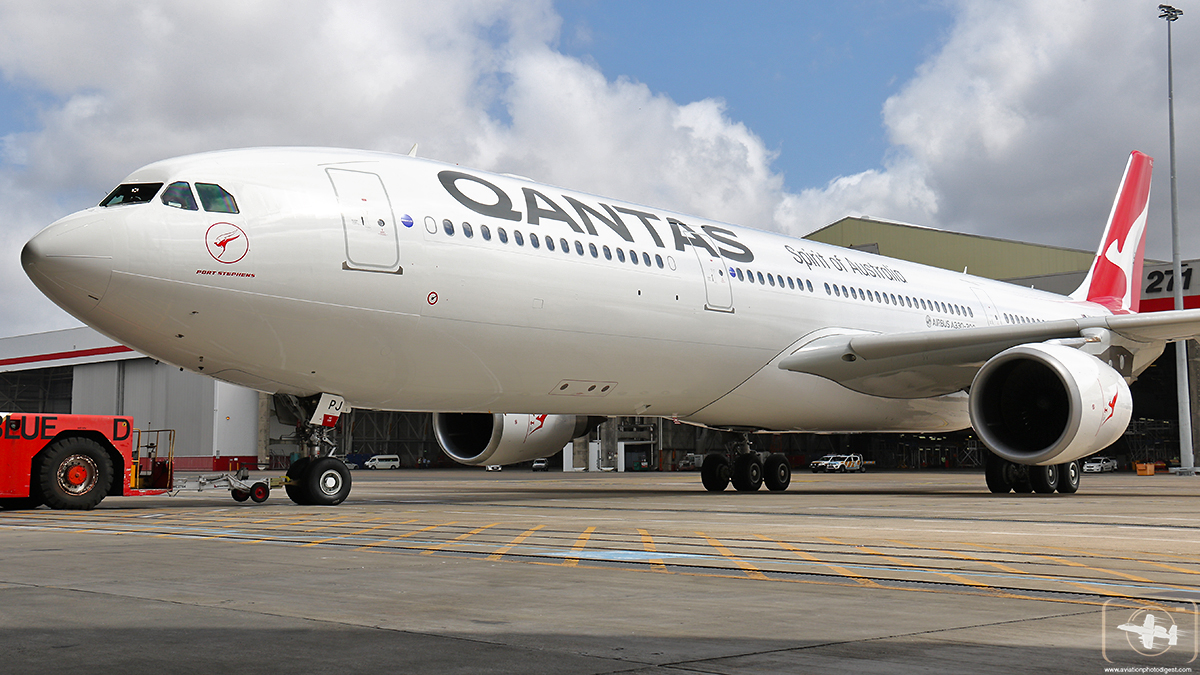 Marc Newson, who has helped design Qantas’ lounges, the A380 cabin and the iconic Skybed, said: “Aircraft tails are fantastic canvas to work on and the Qantas logo is one of the most recognisable in the world. This re-design aims to retain the fundamental essence of the flying kangaroo but also move the brand forward.

“This new brand is more streamlined and the shading behind the kangaroo gives a better sense of movement and depth. A silver band now extends from the tail to the rear of the fuselage, to give a more premium feel.

“The typography for the word Qantas, which measures almost two metres high on the 787, has been carefully streamlined. And Qantas will appear on the aircraft’s belly, so you can tell when it’s the national carrier flying overhead,” Mr Newson added.

In another link to the airline’s heritage, the classic winged kangaroo that appeared on tails across three decades will feature under the cockpit window and incorporate the individual name of each aircraft. 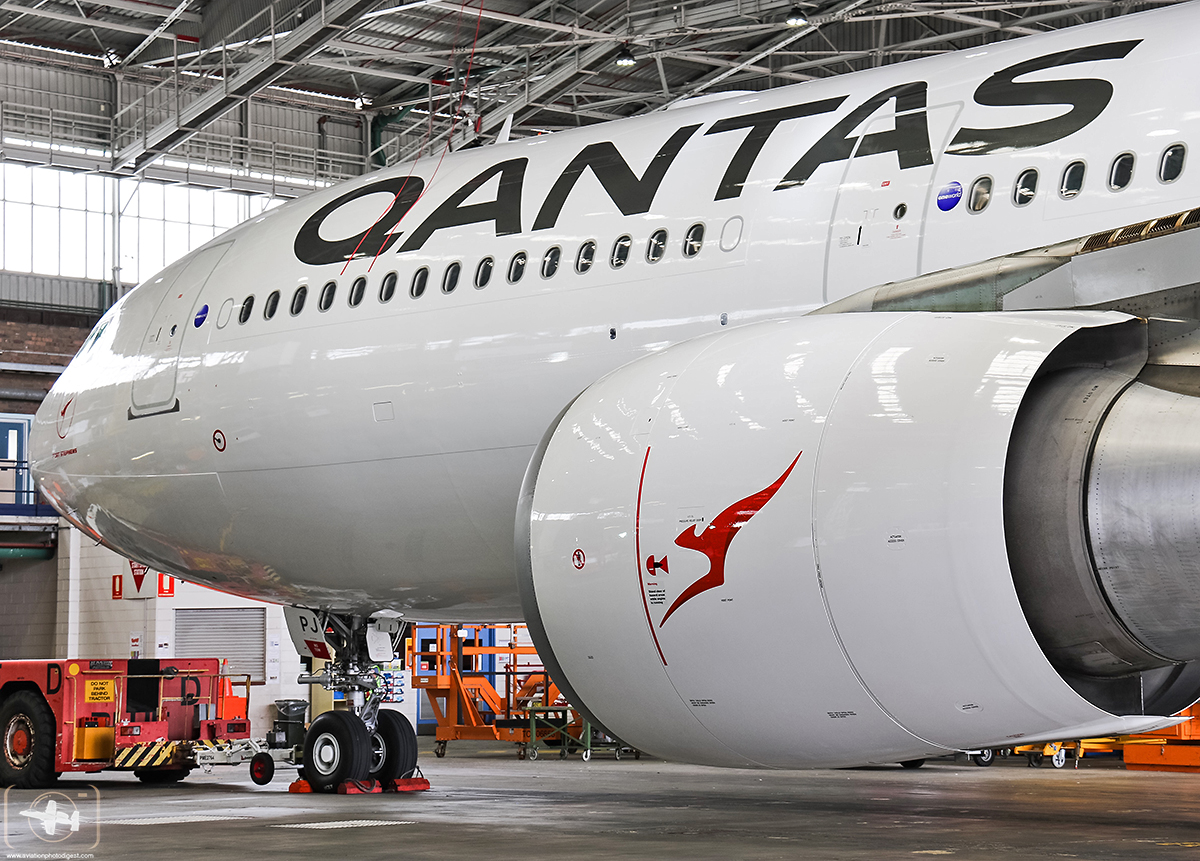 The new design will gradually appear across the Qantas network from today, starting with digital assets, signage and advertising. Inventory of other items – such as pyjamas – has been run down in preparation for the new logo. Updating branding on aircraft will be sequenced with scheduled re-paints, to be completed in time for the airline’s centenary in 2020.

The updated brand follows the introduction of new cabin crew uniforms in 2014 and new pilot uniforms, unveiled earlier this year, that roll out today.

Qantas went on to unveil the new design on it’s first aircraft which was an Airbus A330-300 rego VH-QPJ, which had spent just over a week at Victorville in California undergoing the livery modifications. 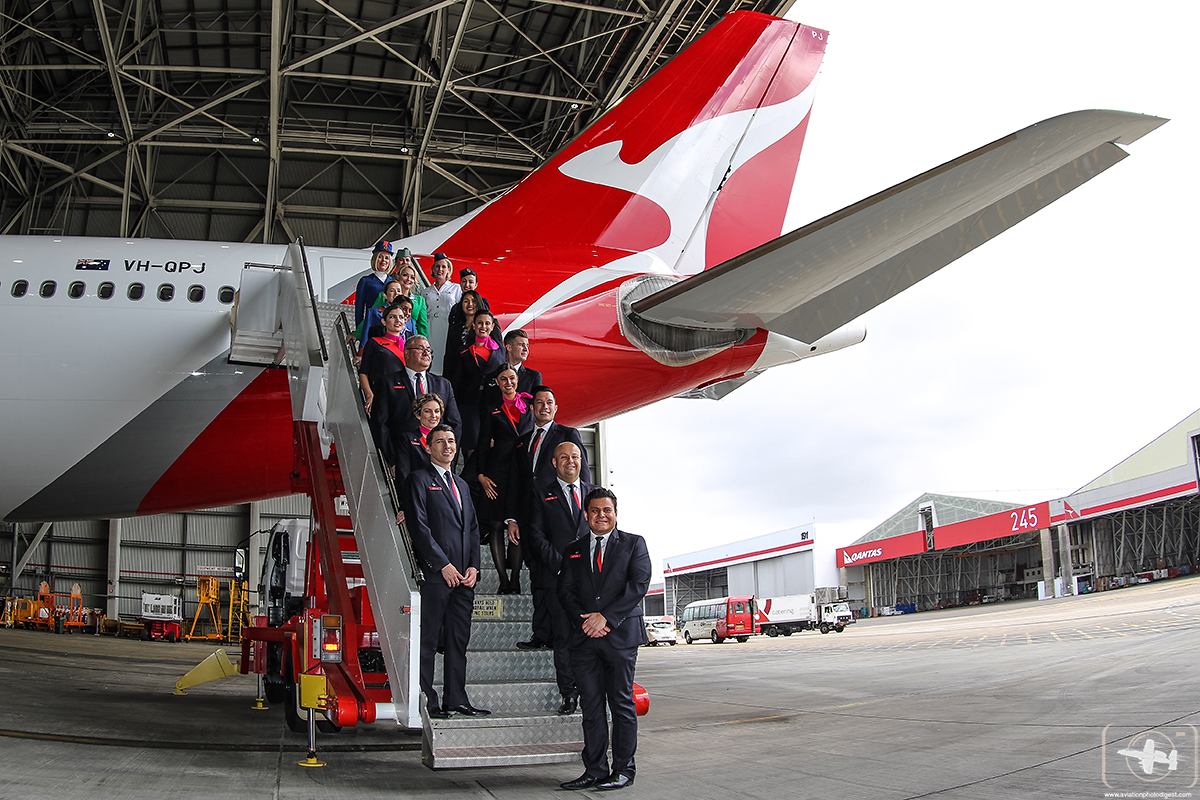