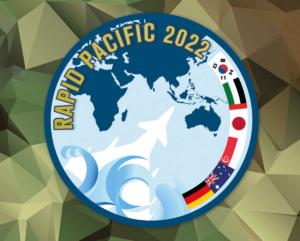 Yesterday (22/7/22) Bundeswehr (German Defence Ministry) released details for the Luftwaffe (German Air Force) upcoming deployment to the Indo-Pacific region that will see them participate in two major exercises in Australia.

The details released on their website stated, “On August 15, the Air Force moves to the Indo-Pacific region with a group of several aircraft, thus demonstrating its operational readiness: Six Eurofighters (Typhoons), four A400M transport aircraft and three A330 (KC-30) MRTT (Multi Role Tanker Transport) will have the order to deploy to Singapore in only 24 hours. 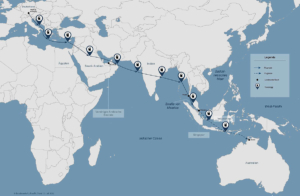 With the subsequent deployment to Australia and participation in two international exercises there, the Air Force is testing its interoperability with Allies inside and outside of NATO (Area of Responsibility) in the Indo-Pacific.

During the Royal Australian Air Forces Pitch Black air combat exercise, the Eurofighters will practice air attacks and defense in larger formations with their international partners. The Eurofighters will be deployed in the air-to-air and air-to-ground roles based out of RAAF Base Darwin with the A330 MRTT’s deploying to RAAF Base Amberley for the three week exercise.

After Pitch Black has concluded the Luftwaffe detachment will be based at Darwin for a further 4 weeks as they will participate in the Royal Australian Navy hosted multinational naval combat exercise Kakadu, which will see the Typhoon detachment participate in maritime operations to protect ships from the air. Around 250 Air Force personnel are involved in both exercises.

Before returning back home to Germany, the participating units will practice together with the Republic of  Singapore Air Force and visit allies in Japan and South Korea. The two short visits by German sub-fleets to Japan and South Korea also serve to deepen relations partners there.

A first step towards more German military presence in the Indo-Pacific region was the deployment of the frigate “Bayern”. From August 2021 to February 2022, the German Navy ship was in the sea area between the Horn of Africa, Australia and Japan. 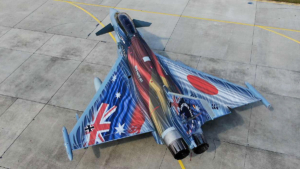 The Bundeswehr stated “With Rapid Pacific and participation in the two exercises, the Bundeswehr is now demonstrating once again the Luftwaffe and its ability to form an alliance in the Indo-Pacific and its operational readiness: Because the Air Force cooperates with value partners worldwide and at the same time is active in the increased air policing of the Baltic States in the defence of the country and the alliance.”

Also with the details released for this years deployment was images of the Typhoon 31+11 from Taktisches Luftwaffengeschwader 74 (74th Tactical Air Force Wing) based at Neuberg Air Base with is stunning detachment livery applied over the last couple of weeks. The Squadron will be heading down to Australia.

As of now the Typhoons are grounded due to problems with the aircrafts ejector seats, but its expected that those problems will be resolved by the Rapid Pacific deployment in August. 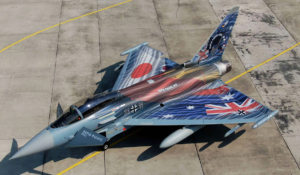 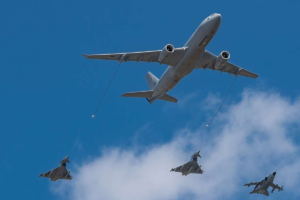 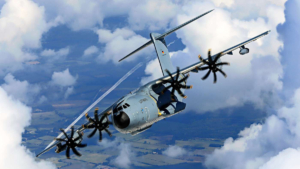