When attempting to come up with a title for this article, a few things floated through my head. At first, I was going to call it “Spotting at LAX”. Simple enough, but it sounds like an article about a measles outbreak. Then, I figured I would 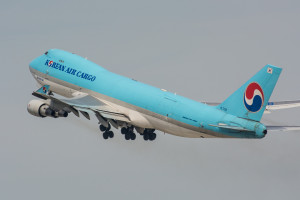 use a more literal replacement for “spotting” and call it: “Aircraft Observation at LAX”. I realized that title sounds more like a scientific expedition. The thought crossed my mind to have the title of “Photography at LAX”, but that sounds like an instructional video. So, I settled on “Los Angeles International Airport”, because I am sure anyone who reads anything on this site will know what the article is going to be about.

Since Aviation Photography of the West is a site dedicated to all forms of aviation photography, we felt like we were neglecting to provide a fair amount of coverage of commercial aircraft. We are very fortunate in many parts of the western United States. In addition, to wonderful weather in many areas, we have an abundance of active military bases. These military bases keep us busy with the level of activity, air shows and exercises, which can consume our time and make it appear we are ignoring the wonderful aviation photography opportunities at commercial airports. Recently, after a trip to Edwards Air Force Base, we decided to spend a few days photographing the aircraft at one of the western U.S.’s premier airports: Los Angeles International Airport, also known as: LAX.

What makes LAX a wonderful airport for aviation photography is a few things. These include: the volume of aircraft traffic, the type of aircraft that fly’s to and from LAX, the weather, the, often, scenic backdrop and the good locations around the airport to photograph from.

Based on the latest data, LAX is the 3rd busiest airport in the U.S. and the 4th busiest airport in the world. Throughout the day, domestic and international flights arrive and depart LAX in a seemingly endless stream. In addition to the volume of activity, the type of aircraft that can been seen at LAX can spark the interest of even the most fickle of aviation photographers. Exotic heavies such as the Airbus 380 and the Boeing 787 Dreamliner have a regular presence at LAX, as does, standard heavies such as the Boeing 777 and 747. Several Asia-based airlines such as Korean Air, China Air, China Eastern, and China Southern have regular passenger and cargo flights arriving and departing throughout the day, along with European airlines such as British Airways, Lufthansa and Air France. 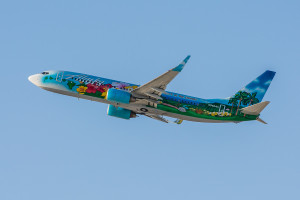 The mild Southern California weather can be both a blessing and curse for aviation photographers. While many of the days are sunny, heat haze, fog/mist and a challenging marine layer, can make photographing the aircraft at LAX difficult at times. Fortunately, there are many good places around LAX to photograph from. The best locations can be dependent on the position of the sun and whether you want to capture arrivals or departures. Locations to photograph from are also runway specific. Sometimes it can be quite the “guessing game” which aircraft will arrive on what runways. However, there are a few patterns that can increase the probability of guessing accurately. For example, many of the Asian “heavies” tend to land on runway 24R and the Airbus 380’s tend to depart on 24L. This is not always the case. During our Saturday shoot, runway 24L was receiving repairs and was closed. This forced all the Airbus 380’s to depart on runway 25 which was great for people observing/photographing from Imperial Hill.

Some of the areas to observe/photograph from include parking garages, parking lots, roadside areas and an area created especially for aircraft observation, Imperial Hill. Imperial Hill is a great location for runway 25 departures. Since it is designed with the “airplane watcher” in mind, the area can be very comfortable. Imperial Hill provides an elevated view with benches and tables for relaxation. Since getting multiple perspectives and catching activity on the other runways is beneficial, it is important to sample some of the other locations around the airport. Aviation Photography of the West will be outlining some of these locations when we create our “Observation Guide” for LAX within the next few weeks. When completed, it will be located in our Resources>Observation Guides section of the site.

Fortunately, for our trip we had a local aviation photographer show us some key locations. Because he was a fellow aviation photographer, he knew which locations were best, depending on the time of day and what perspective we were looking for. We found this information invaluable and it will help us with better planning on future trips to LAX.

For photographers and aviation enthusiasts, LAX can be a wonderful place. With a heavy volume of traffic, a nice variety of aircraft, wonderful weather, scenic backdrops and good locations to observe/photography from, LAX s one of the best commercial airports in the world for an aviation photographer/enthusiast.