Leapfest 2016: Paratroopers from the Air

Report and Photos by Elliot Severn

Last week, paratroopers from around the world convened in Kingston, Rhode Island to participate in the 33rd annual Leapfest competition. Hosted by the Rhode Island National guard, this unique event serves as a training exercise and builds relationships between troops of allied nations. About sixty teams participated this year, including soldiers from Italy, Canada, Germany, the U.K., Mexico, Morocco, the Netherlands, the Czech Republic, South Africa, and the United States. “Since 1982, parachutists from all over the world have come to Rhode Island not only to test their skills through individual and team cooperation, but also to train together, build relationships, and enjoy the spirit de corps.” said Brigadier General Christopher P. Callahan, Commanding General of the RI National Guard. “We are proud to host this event and continue building the legacy of the competition, camaraderie, and cooperation.”

After a week of training, teams are lofted by CH-47 Chinook helicopters to an altitude of 1500 ft. Soldiers jump from the aircraft on MC-6 static line parachutes and aim to land on one of three “X”s marked in the middle of the drop zone. The objective is to get to the target as quickly as possible, which usually involves running to it after touching down. The paratroopers are scored based on their time between landing and reaching the target. Each team consists of four paratroopers jumping as a group and one alternate jumper. 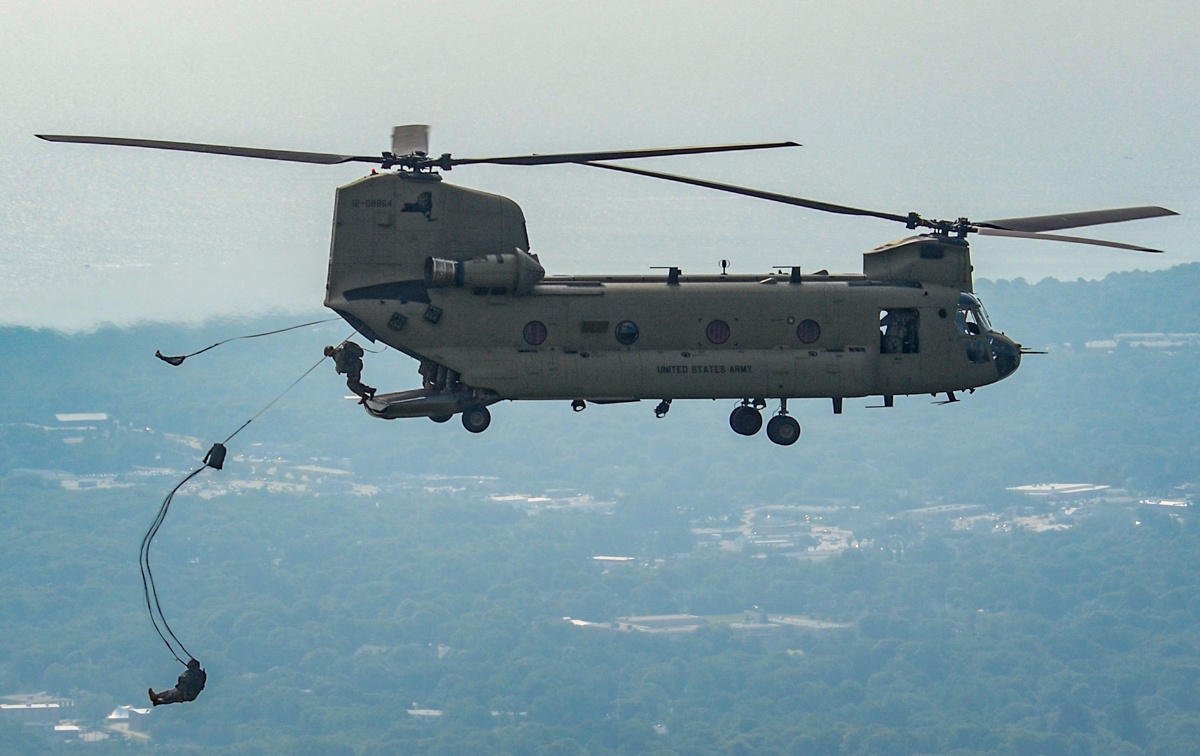 Opening ceremonies were canceled this year due to the threat of afternoon storms. The competition started early to take advantage of the favorable weather. Ideally, each team is supposed to jump twice. We took off on our photo flight as soon as the competition began, flying in formation with one of the Chinooks for four drop zone passes. Our pilots did a great job getting us good vantage points while maintaining a safe proximity to the jumpers.  After landing, I headed to the drop zone to capture some of the action on the ground. The drop zone was a bit chaotic, with a steady stream of paratroopers nearly landing on top of us. Everyone in the drop zone had to be alert and quick on their feet to avoid getting hit or tangled in a parachute. Some paratroopers jumped for joy as they hit the X in record time, while others struggled as their parachutes pulled them across the field. It was quite the spectacle.

Thanks to the Rhode Island National Guard for this incredible photo opportunity.

Each team consists of 5 participants: 4 jumpers and 1 alternate jumper. Jumpers exit from a CH-47 Chinook helicopter at an altitude of 1500 feet (457 meters) using an MC-6 static line, steerable, parabolic parachute. 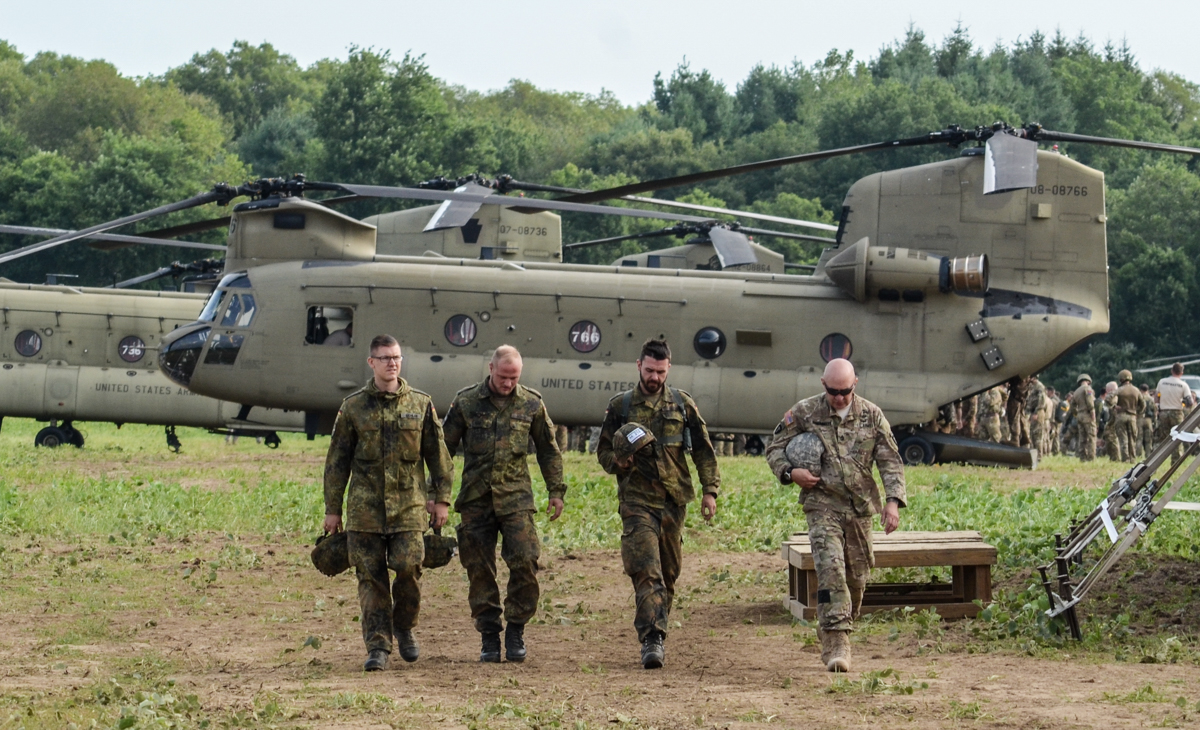 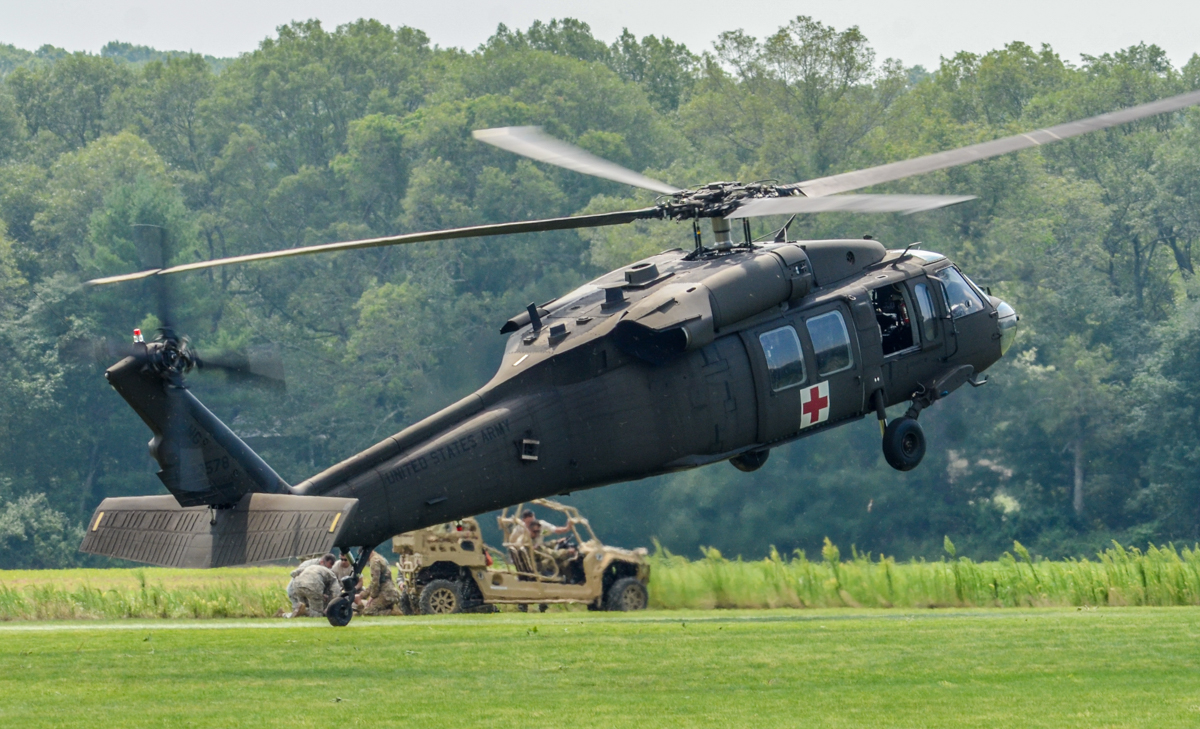 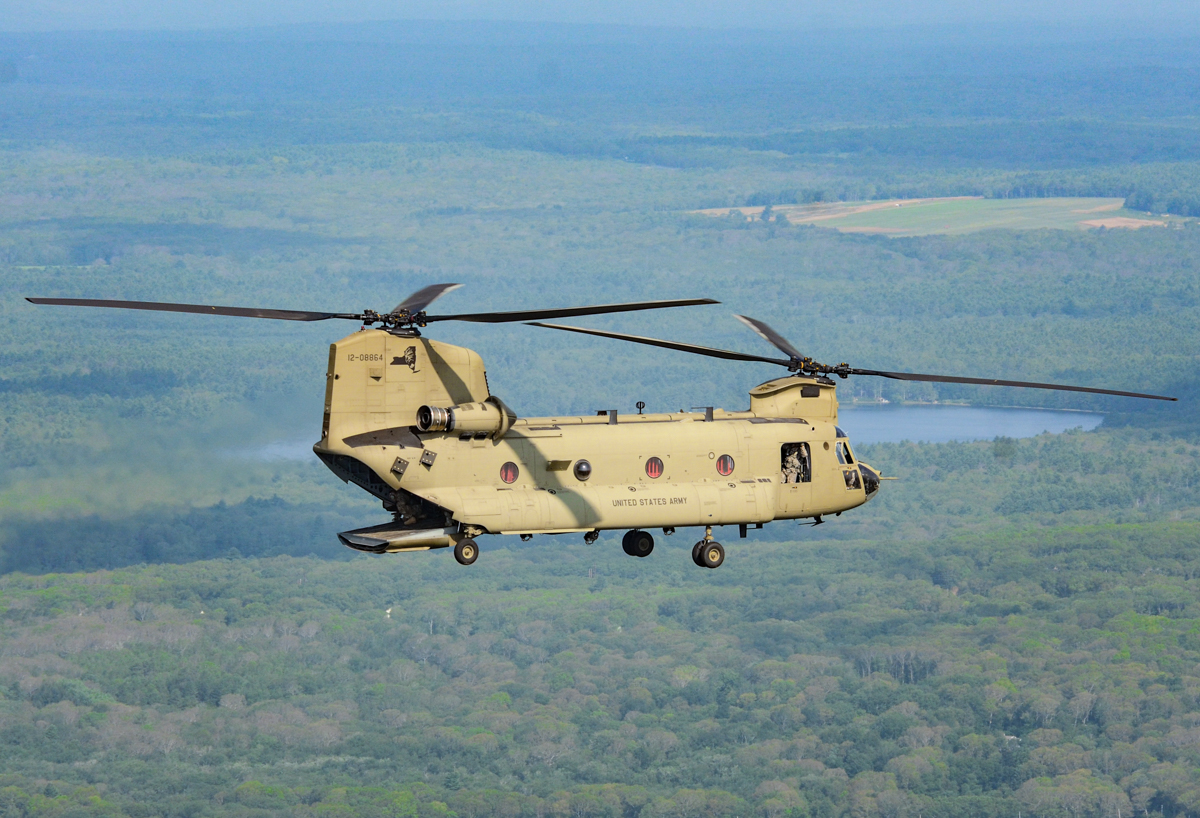 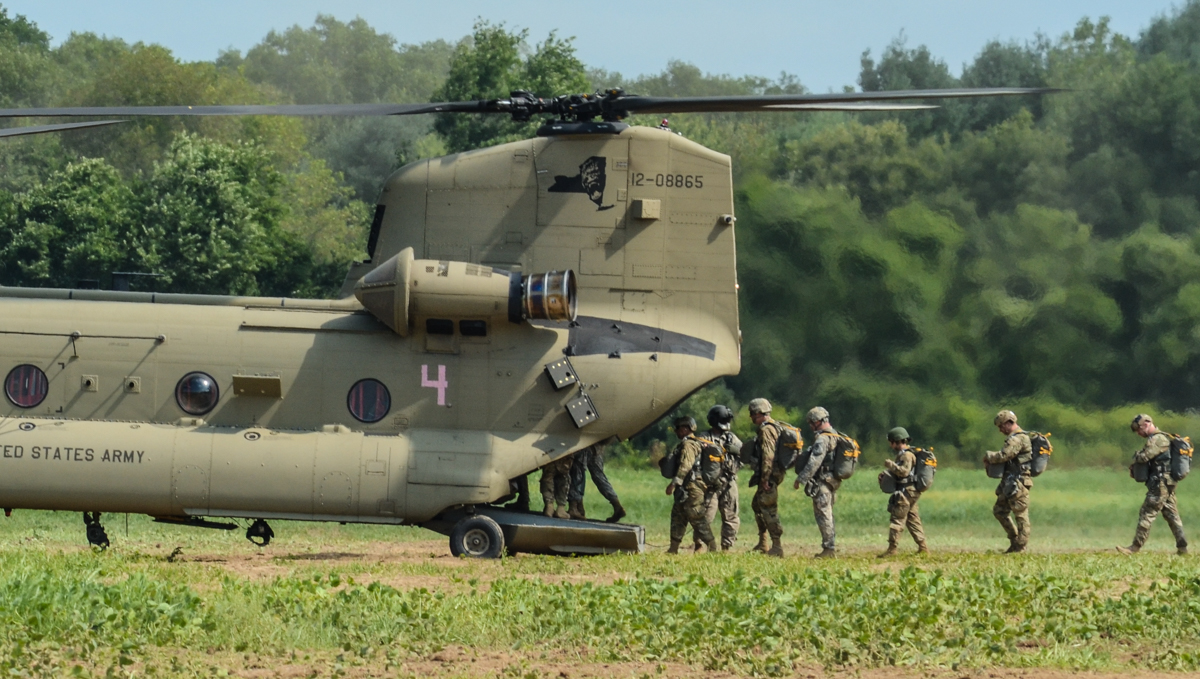 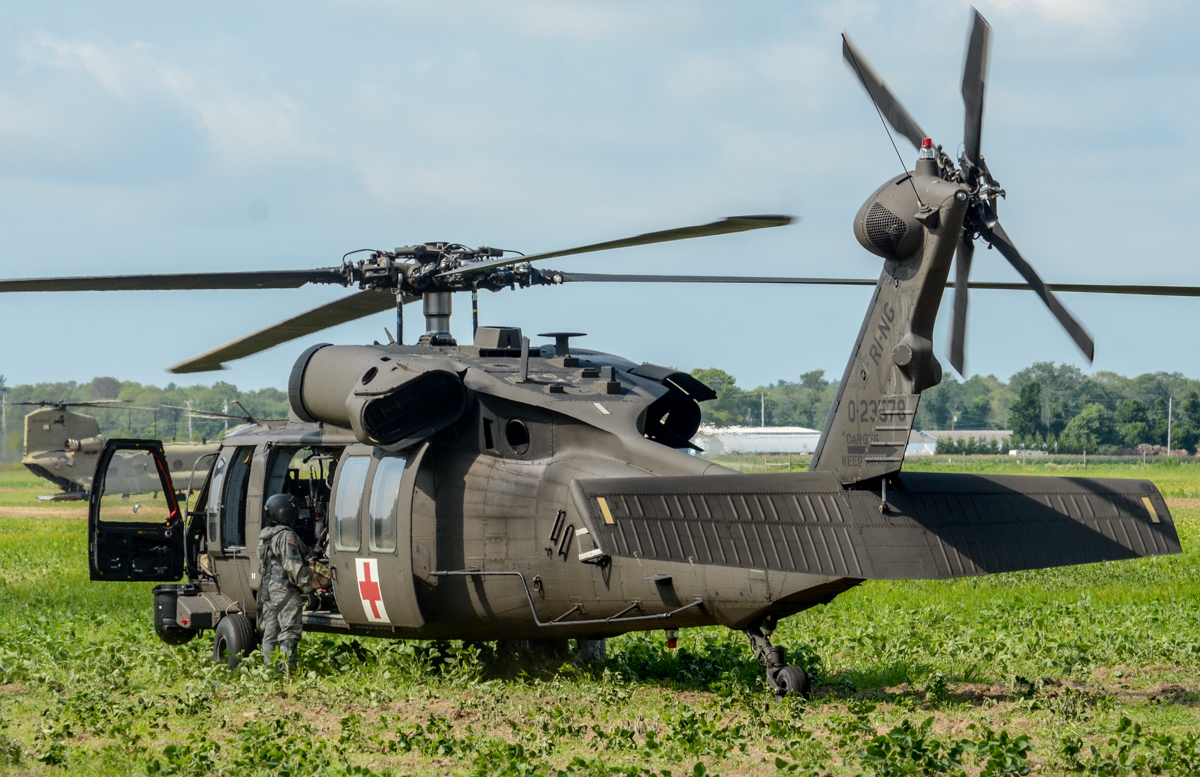 Photojournalist at Aviation Photography Digest
Elliot Severn is a spaceflight and aviation photojournalist from Stratford, CT. He has been covering the U.S. space program since the end of the Shuttle era and currently photographs NASA and commercial rocket launches for AmericaSpace. He is also the event photographer for Neil DeGrasse Tyson's StarTalk Radio. His work has been featured by several prominent organizations and news outlets including Forbes, Business Insider, CBS News, NBC News, The Explorers Club, Robert Kenner Films, PBS, The Planetary Society, StarTalk Radio, and AmericaSpace.

Elliot has always had a passion for aviation, regularly attending airshows since childhood and flying radio controlled airplanes. You can see more of Elliot’s work at www.spaceflightphotography.com
Send this to a friend
SUBSCRIBE TO OUR NEWSLETTER
All rights reserved © Aviation Photography Digest, 2022
Subscribe to our FREE newsletter and get notified when new articles are published.
Subscribe
×