By the mid seventies it was time for the Japanese Air Self Defence Force (JASDF) to think about a replacement for their F-104(D)J Starfighters and F-4EJ Phantoms. After two evaluation flights where flown in the US from Edwards Air Force base in F-15A/B’s during the summer of 1975 the Japanese National Defense Council announced later that year the Eagle was selected. The Japanese Eagle was to be designated F-15J, with the two-seater being called F-15DJ.

While the first ones where produced by McDonnell in St Louis, a license was acquired to manufacture the F-15 in Japan by Mitsubishi. Twelve of the F-15DJ two-seaters were produced in the States under project Peace Eagle while the rest of the 211 Japanese F-15 where build by Mitsubishi. The first American build F-15DJ flew on June the 4th 1980 while the first Japanese F-15J took of at the Mitsubishi plant on August the 26th, 1981.

The Japanese F-15 turned out to be quite similar to the early production models of the USAF F-15C/D Eagles. The main difference with the US counterparts was that the Japanese Eagles missed some sensitive items of the electronic countermeasures equipment which were deemed to sensitive for export. For this, the Japanese build their own radar warning system. Also the Japanese fitted different a different Radar Warning receiver, a electronic countermeasure suite and chaff/flare dispenser to their F-15’s. Japanese Eagles were initially powered by a pair of Pratt & Whitney F100-PW-100 turbofans. From 1991 these have gradually been replaced by F100-PW-220s, which are more reliable but slightly less powerful. The service evaluation was carried out by Koku Jikkendan at Gifu Air Base, receiving their first Eagles in March 1981. The first frontline squadron to receive the new F-15J/DJ’s was 202 Hikotai based at Nyutabaru where the Eagles replaced the F-104J Starfighters from 1981. In 1986 the Eagles began to replace the first F-4EJ’s within the JASDF with the Komatsu based 303 Komatsu being the first to receive their Eagles.

The last by Mitsubishi manufactured JASDF F-15 was delivered on December the 10th 1999. A total of 213 Japanese Eagles where made, 163 F-15J single-seaters and 36 F-15DJ two-seaters. From 1987, Mitsubishi started to upgrade the F-15’s with a Multistage Improvement Program. Improvements included an upgraded central computer, armament control set and the addition of the J/APQ-1 countermeasures set. The new upgraded version are unofficially known as F-15J Kai. In 2004, further upgrades where being made giving the Eagles new ejection seats, a more powerful processor, more avionics and the the Raytheon AN/APG-63(V)1 radar. Reportedly 80 Eagles received these license build AN/APG-63 radars, supporting the AAM-4 missile, the Japanese counterpart of the AIM-120 AMRAAM.

At this moment Boeing is in discussion with Japan about coming upgrades for (a part of) the F-15J/DJ Eagle fleet to provide the latest technology and capabilities. That could be improved radar, improved defensive systems as well as improved weapons the Eagles carry. Also Tokyo is exploring the possibility of giving their Eagles a ground strike capability. A decision for this is expected late 2018 to early 2019.

The 303 Hikotai (Squadron) is one of the Squadrons from the 6th Kokudan (Air Wing) based at Komatsu Air Base in Ishikawa Prefecture, Japan. The squadron was formed in the seventies as the third JASDF F-4EJ Squadrons. In 1977 the squadron started to fly QRA (Quick Reaction Alert) flights, mainly flown above the Sea of Japan to intercept Soviet build bombers like the Tu-95 Bear and the Myasishchev M-4 Malot.

On December the 1st 1987 the ‘Fighting Dragons’ started to receive their first F-15J/DJ’s, being the first frontline squadron within the JASDF to receive the new Eagles. 303 squadron is a unique squadron as it is one of the few squadrons being located at the same base for its entire existence.

Since 1981 the tail marking changed to be that of a dragon inside a stylized “6”. The squadron’s call sign is “Dragon”, and in addition the dragon depicted in the tail marking is said to be the protector of Mount Haku, which is not far from the base.

The 306 Hikotai was formed on December the 1st 1981 on Hyakuri Air Base as a F-4EJ Squadron. It was the sixth and final Squadron within the JASDF to receive the Phantoms and received the last of the 195 produced.

In 1997 it started to receive their first Eagles being again the last and eight Squadron to receive the F-15J/DJ’s. Just like sister-squadron 303 the ‘Golden Eagles’ participated in several overseas exercises with the US and other Air Forces.

The squadron’s aircraft carry a golden eagle as their tail marking, inside a stylized “6” indicating the 6th Air Wing. The golden eagle can be found in the mountains near Komatsu air base, and is also the prefectural bird of Ishikawa. 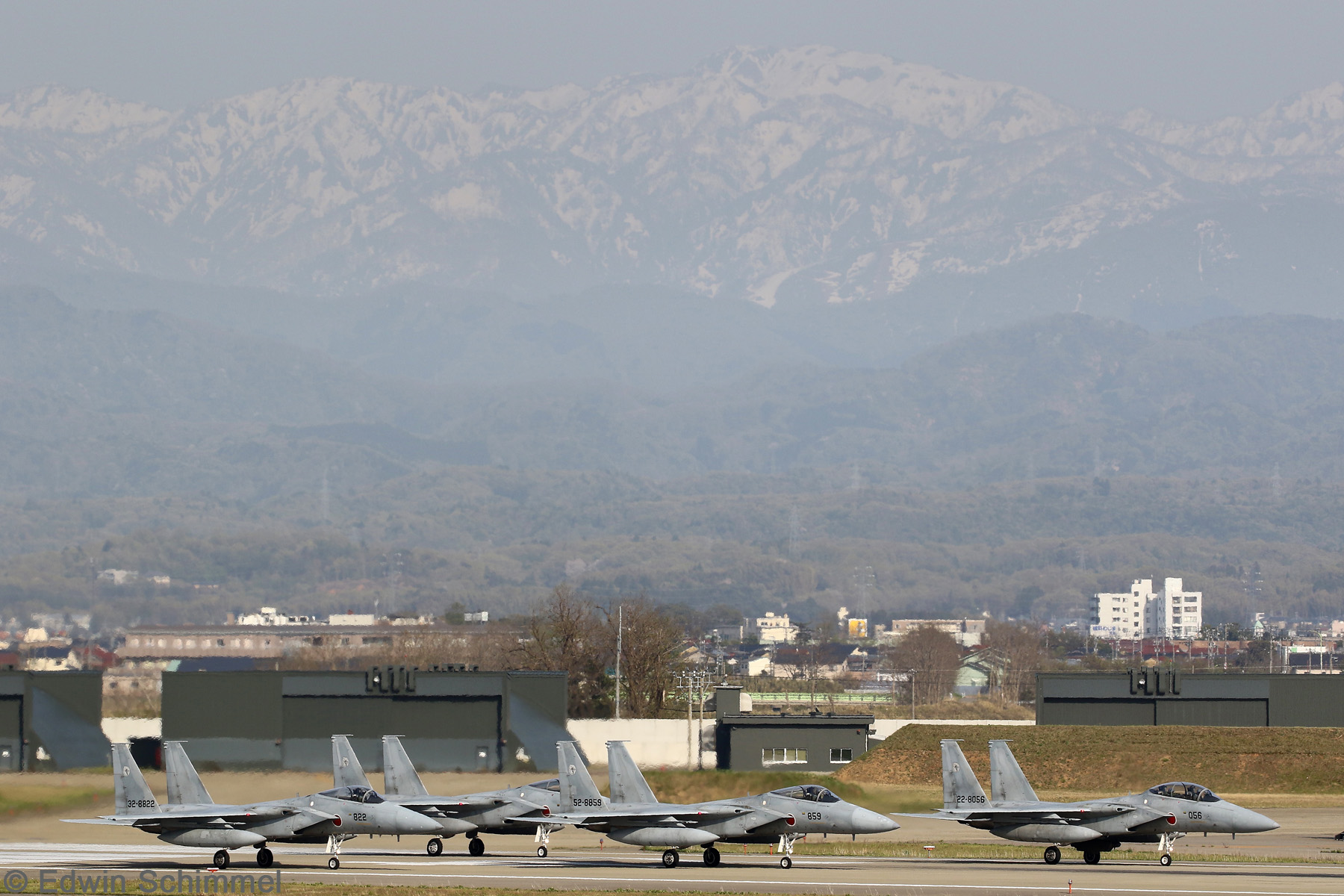 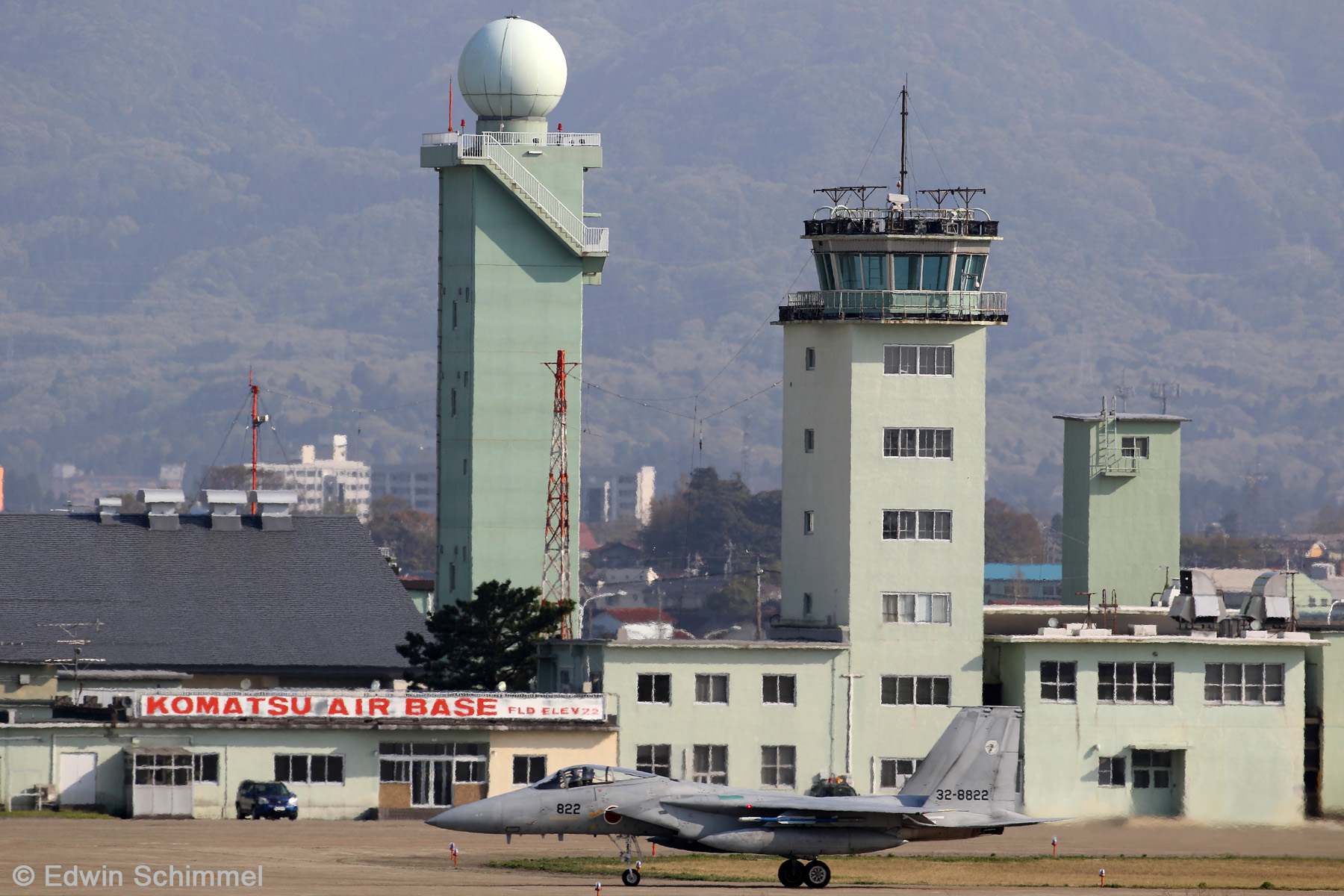 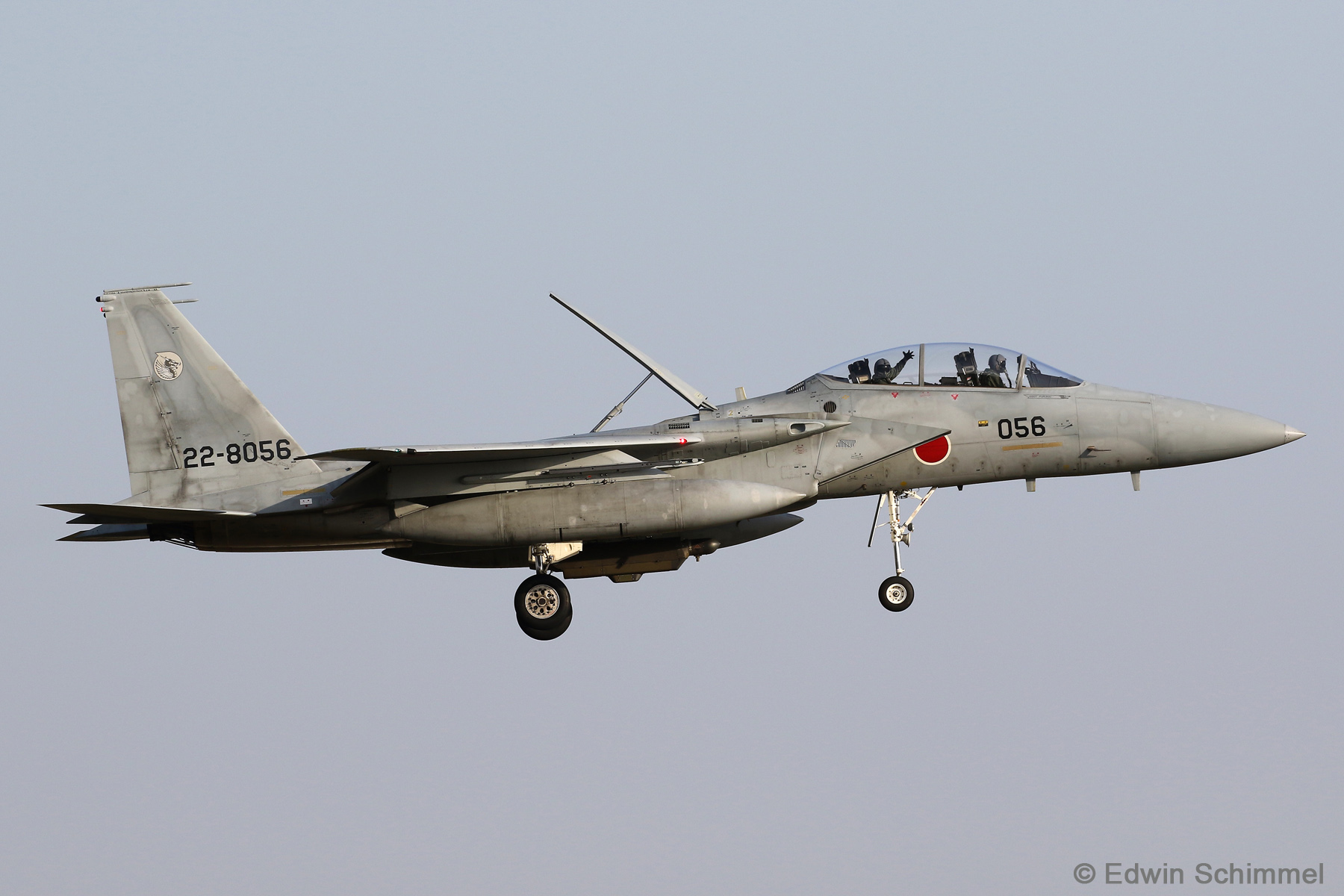 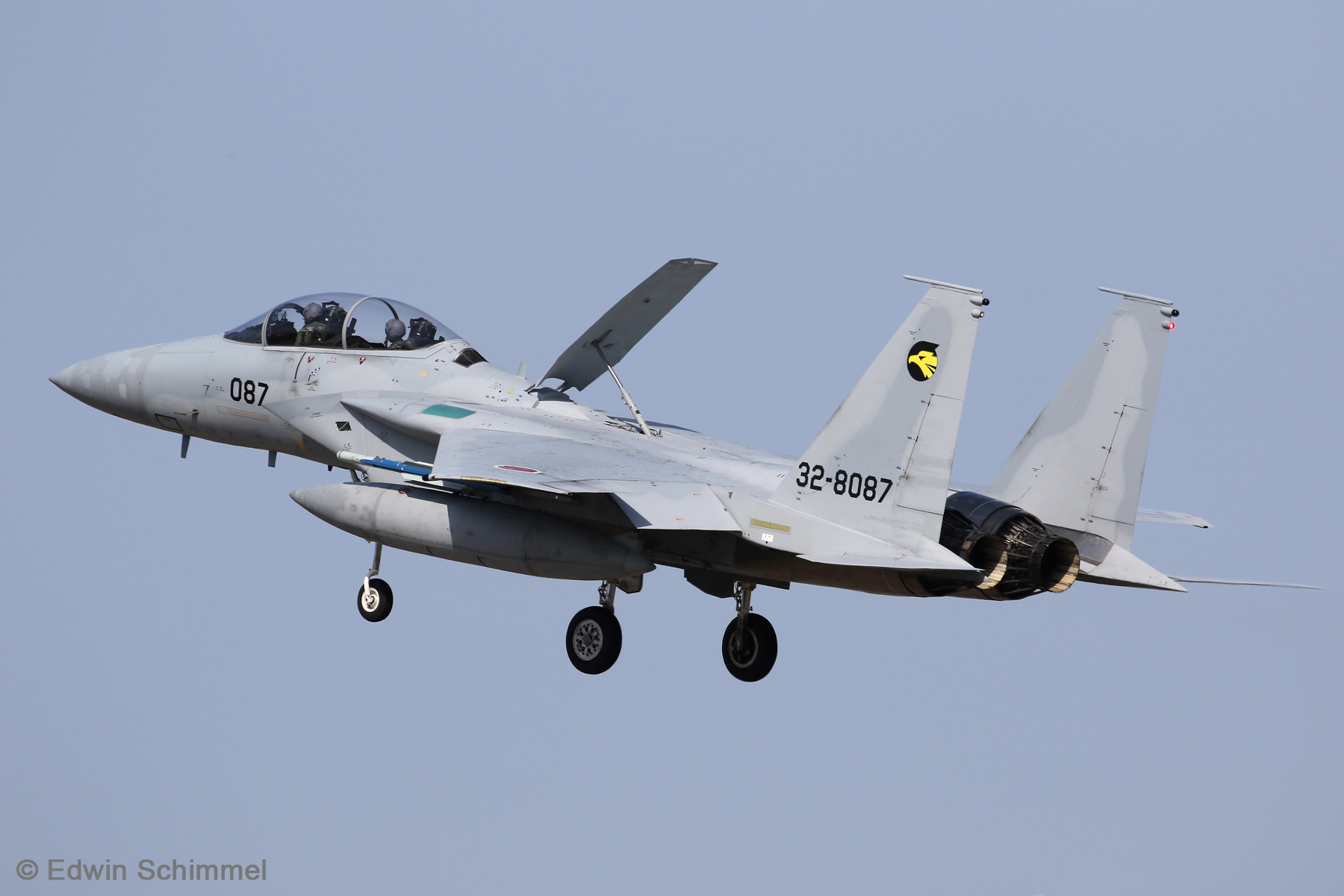 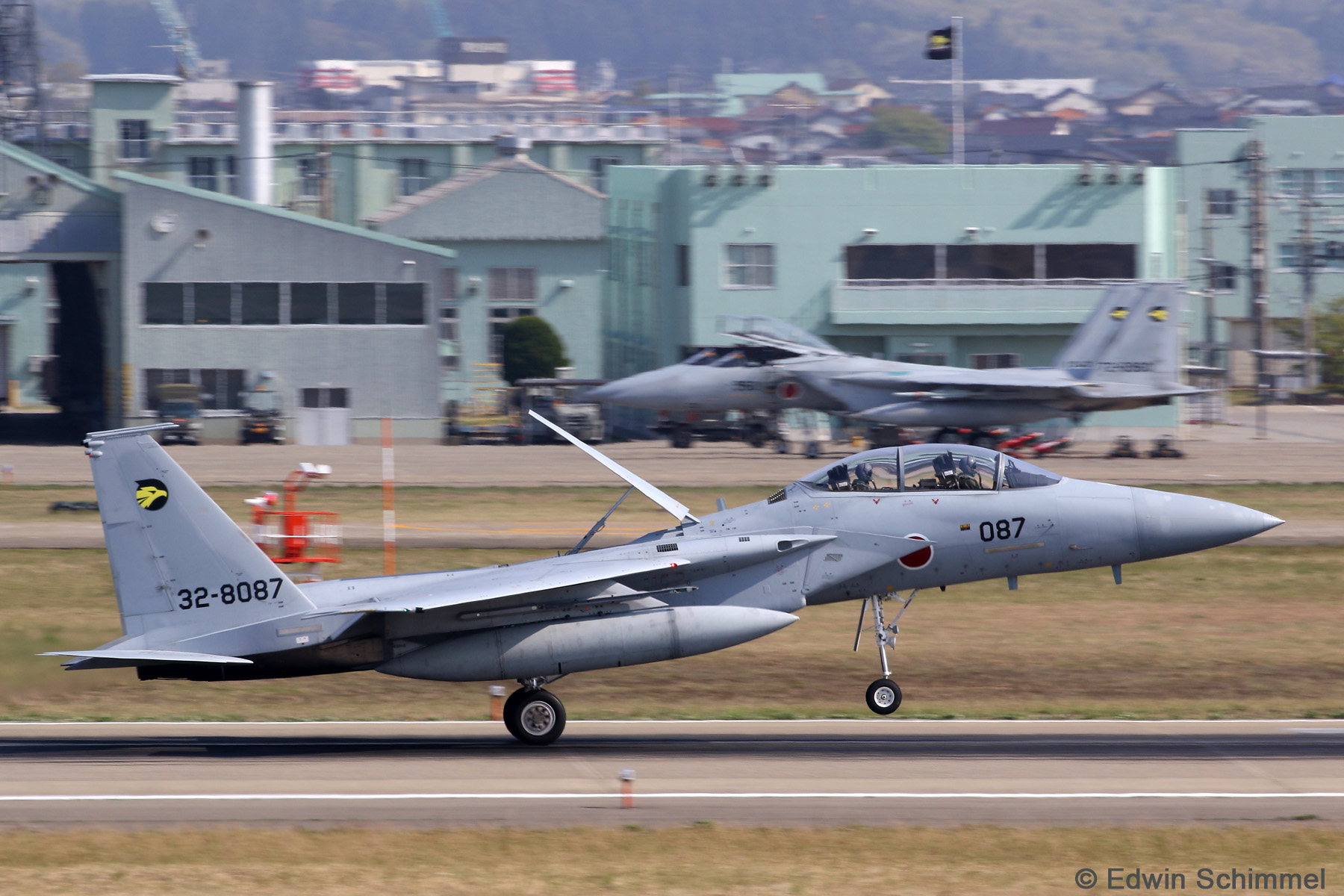 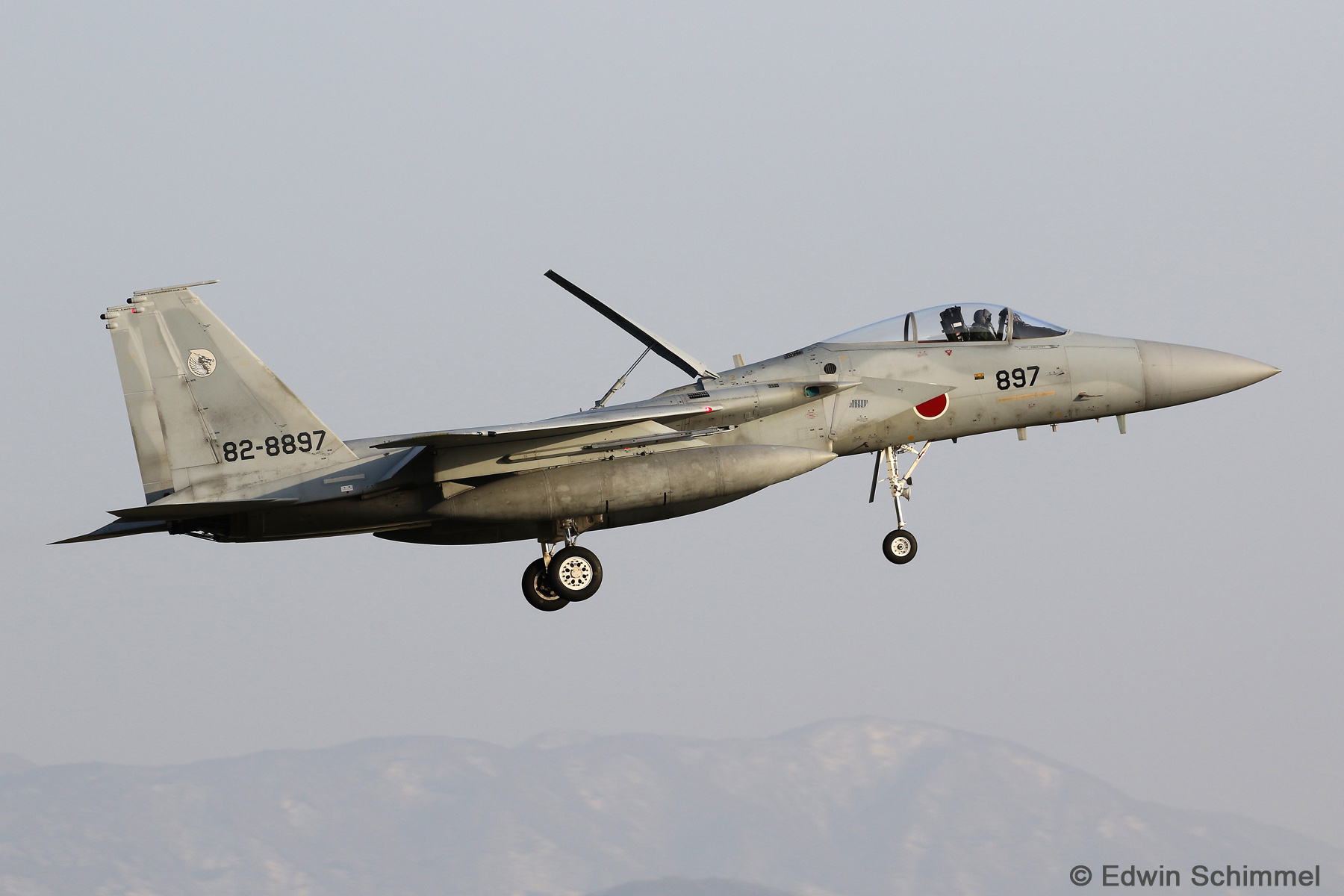 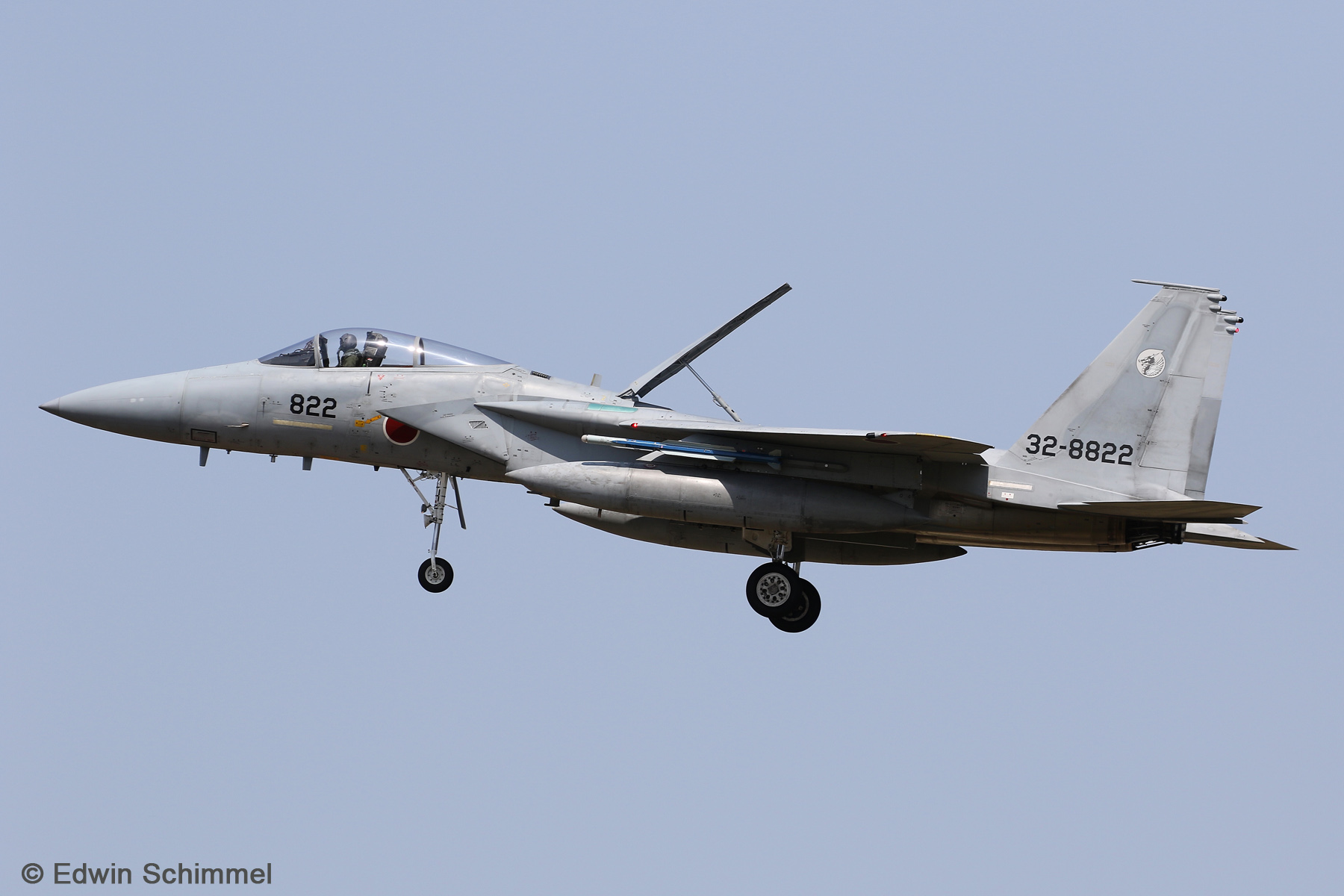 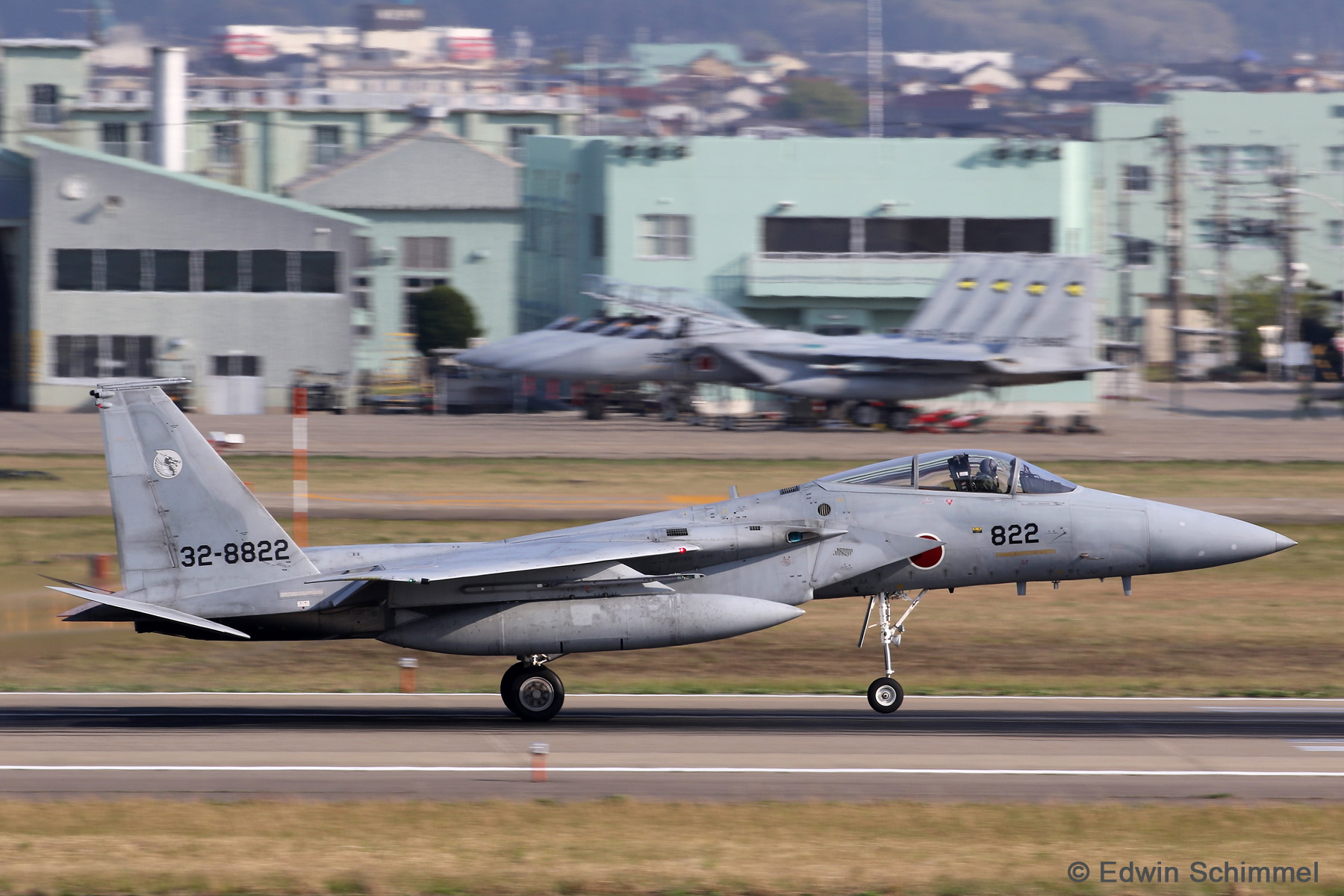 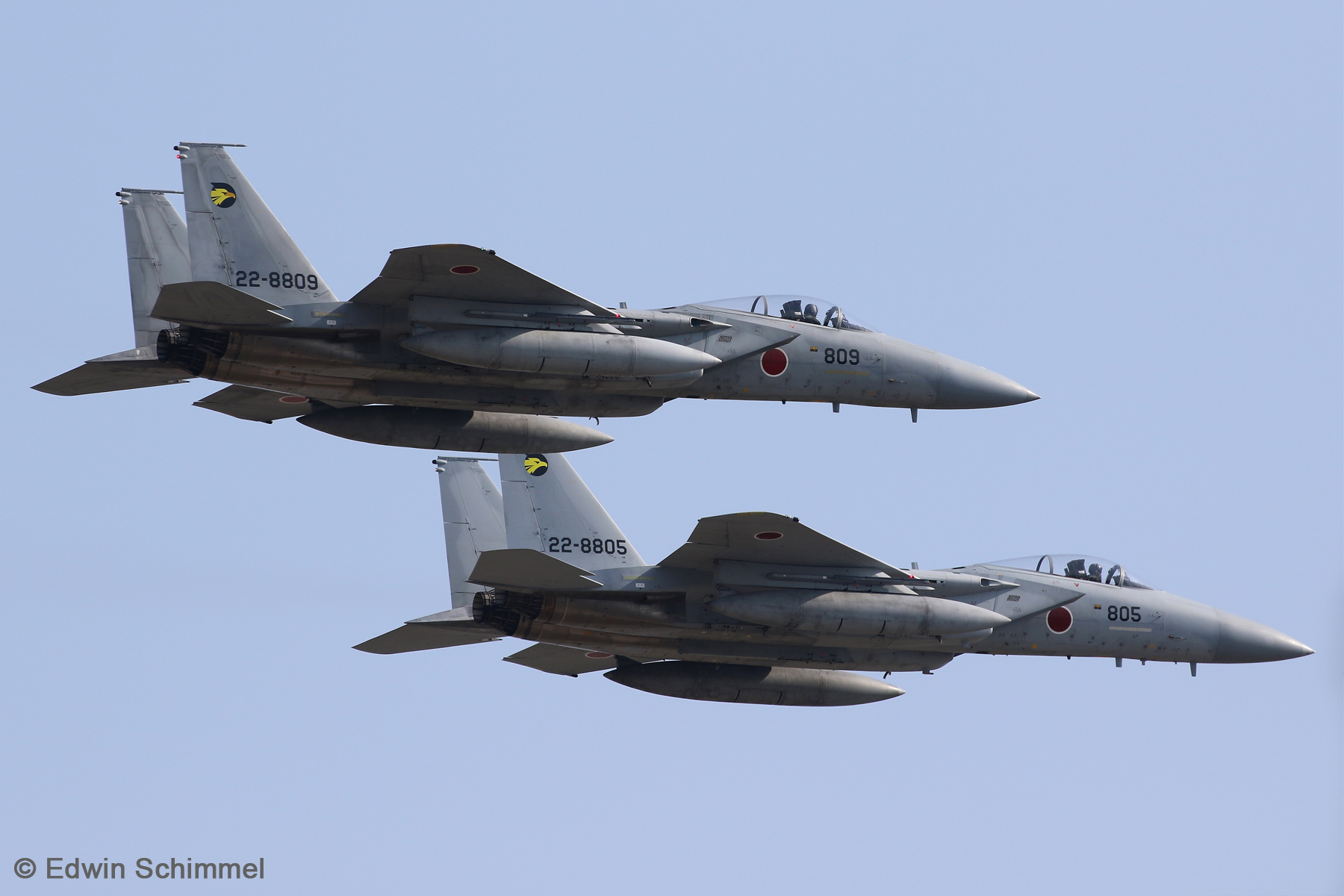 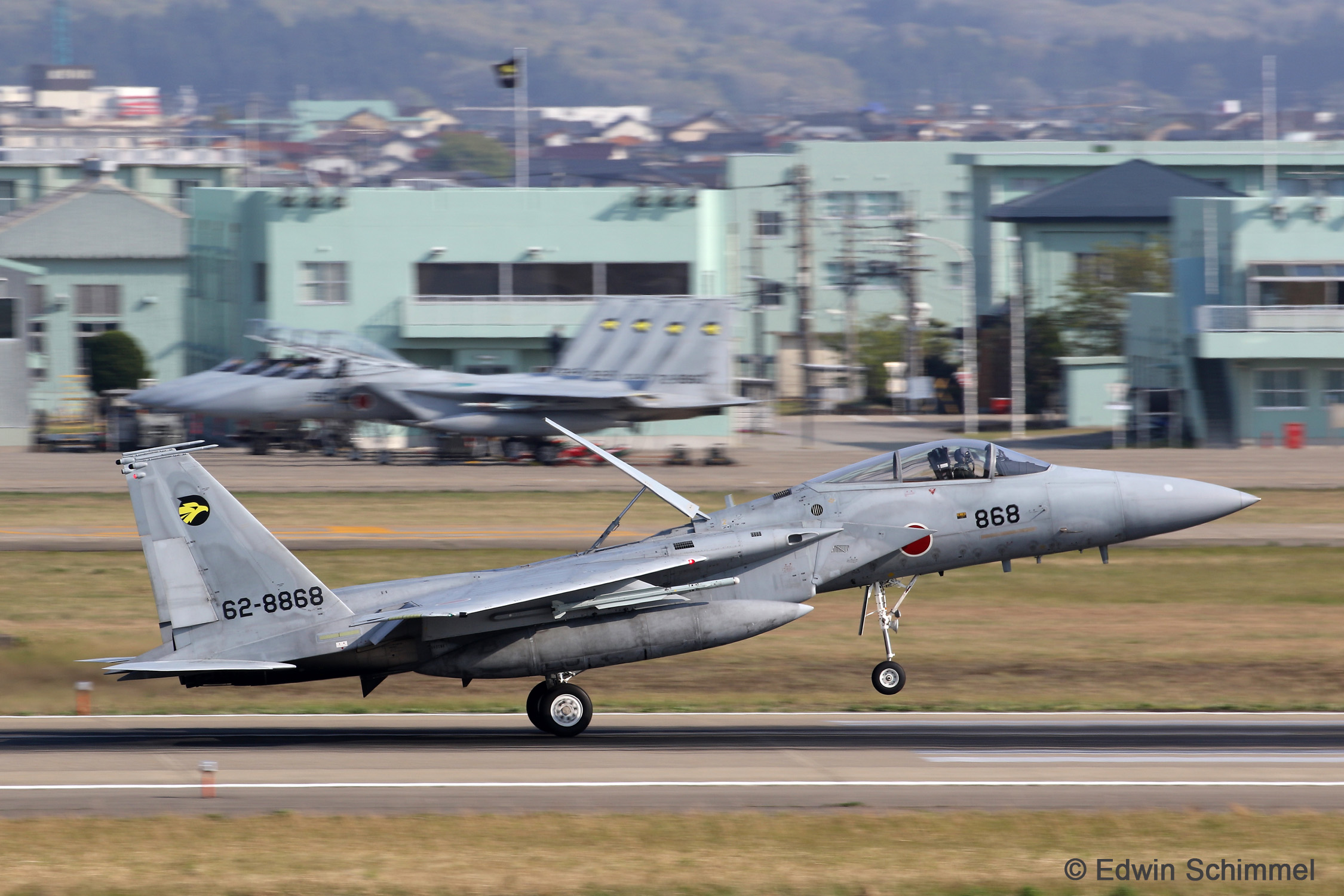 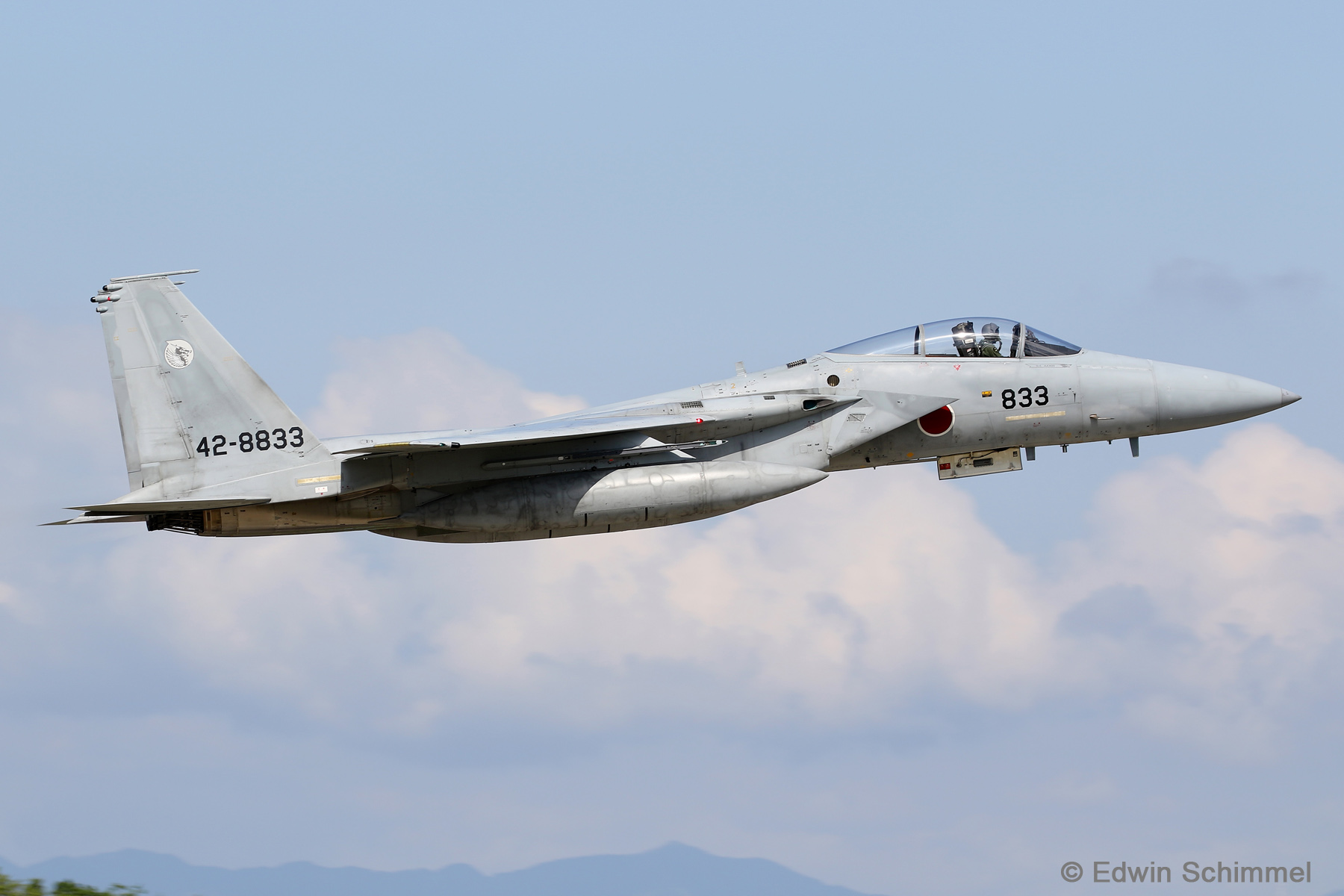 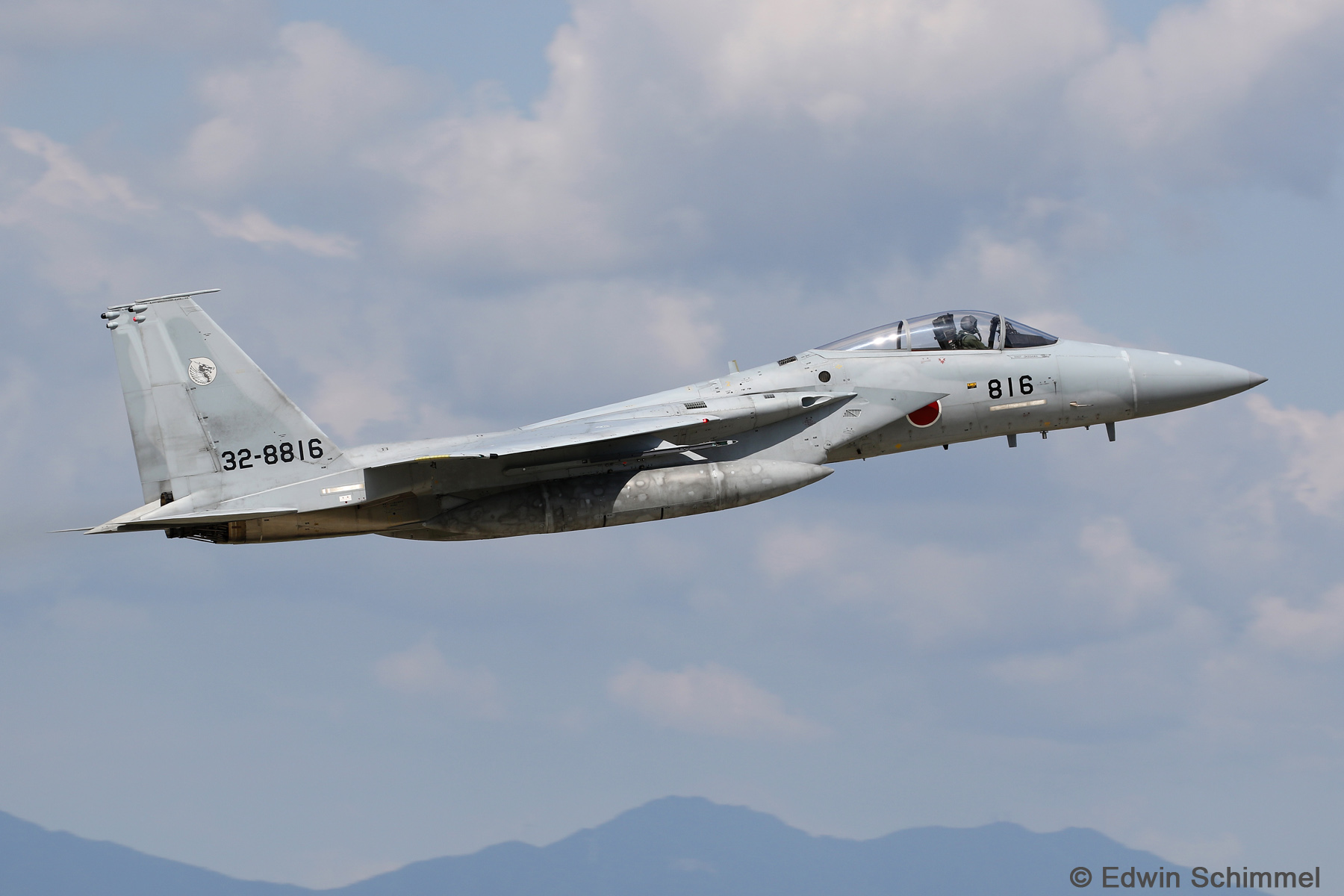 Edwin can be reached at: [email protected]
Send this to a friend
SUBSCRIBE TO OUR NEWSLETTER
All rights reserved © Aviation Photography Digest, 2022
Subscribe to our FREE newsletter and get notified when new articles are published.
Subscribe
×