Japan Looks to the Future

Yesterday in Tokyo the Japanese Government gave the green light to a major shake-up within its defence forces. Most notably in the news coming from that press conference, and due to the current political climate and tensions within the Asia-Pacific region, is the plan to upgrade the aircraft-destroyer the Japanese Ship (JS) Izumo which with a full displacement comes to 27,000 tons.

The noteworthy news about this is that the Japan Marine Self Defence Force (JMSDF) more to the point the Japanese Government plans to upgrade the Izumo to accommodate the Lockheed Martin F-35B Lightning, the Short Take-Off Vertical Landing variant of the F-35. The JS Izumo and her sister ship the JS Kaga are the largest combat surface ships to enter service with the JMSDF since World War Two, with both ships commissioned on the 25th of March 2015 and 22nd of March 2017 respectively.

The Helicopter Destroyer as it’s officially labeled is, in essence, designed to project Japanese forces at quite a considerable distances away from mainland Japan with particular focus on landing ground forces via helicopter, or embark helicopters for humanitarian missions around the Pacific which actually did take place after the 2015 earthquake off the coast of Japan. But there has always been speculation within the Japanese media and for that matter surrounding countries that these ships were eventually going to carry the F-35B which the Japanese Government until now had never made a formal address whether they were indeed going to or not going to purchase the Bravo variant of the Lightning.

In the statement provided yesterday, the JASDF would acquire forty-two F-35B’s which would see the aircraft also operate from the JS Izumo and will see the ship undergo a major refit upgrading the ship to accommodate the F-35B. Upgrades will include similar upgrades the United States Navy undertook to their own 40,000 ton Wasp Class Landing Helicopter Docks (LHD’s) and 44,000 ton America Class LHD’s.

Firstly the heat generated from the F-35B is quite intense on the non-skid deck the aircraft operate from, so a new heat resistant non-skid surfacing will be applied to the main deck with structural support added underneath landing spots to accommodate the aircraft especially with regards to the two to three vertical landing spots to the rear of the carrier. With no ski ramp at the fore of the ship the aircraft will conduct launch operations similar to that of USMC AV-8B Harrier’s and F-35B Lightnings onboard the U.S. LHD’s. The heat resistant deck will also allow operations of the MV-22B Osprey onboard the carriers.

Other upgrades will have to include the ability to store fuel and ammunition for the F-35B, already the carrier is equiped to accommodate helicopters which includes storing fuel for the rotary wing assets, but as you could imagine the operations of a jet onboard the carrier will have to include upgrades to these ship-board systems. Other systems that will require upgrades will be the electronic systems such as sensors, radar, and combat systems onboard the carrier that are able to synchronise with the computer systems onboard the F-35. These systems will be key in which the JMSDF operate the F-35 effectively and efficiently from the deck of the JS Izumo, an added benefit the JMSDF will be able to utilise is to see how the U.S. Navy has been able to upgrade the USS Wasp (LHD-1) which is now forward deployed to Japan at Sasebo, and now deploys the F-35B from VMFA-121 apart of the 31st Marine Expeditionary Unit, and in turn learn from their experience. As quite possibly in the future the JMASDF and U.S. Navy could conduct bilateral ship to ship aircraft operations firstly gaining clearances and then conduct training onboard the carriers.

It’s expected JMSDF/ JASDF will operate around ten to twelve F-35B’s from the Izumo but it’s expected this will not be the full complete compliment of aircraft onboard when the ship is deployed to sea with the F-35B onboard, there will have to be given consideration to rotary wing assets to conduct search and rescue and maritime patrol operations and also possibly a style of carrier onboard delivery aircraft much like the MV-22 Osprey provides to the U.S. Navy LHD’s and in the future replaces the C-2 Greyhound onboard the U.S. Navy Nimitz and Ford class aircraft carriers. Wether this will limit the amount of deployable F-35B’s onboard the Izumo will remain to be seen.

Among other noteworthy points announced yesterday is that the Japanese Government will acquire additional conventional take off F-35A Lightning’s which among the mentioned forty-two Bravo models the order will also include additional Alpha models. Forty-seven F-35A’s have already been ordered for the JASDF with an additional fifty-eight F-35A’s to be acquired over the next ten years. 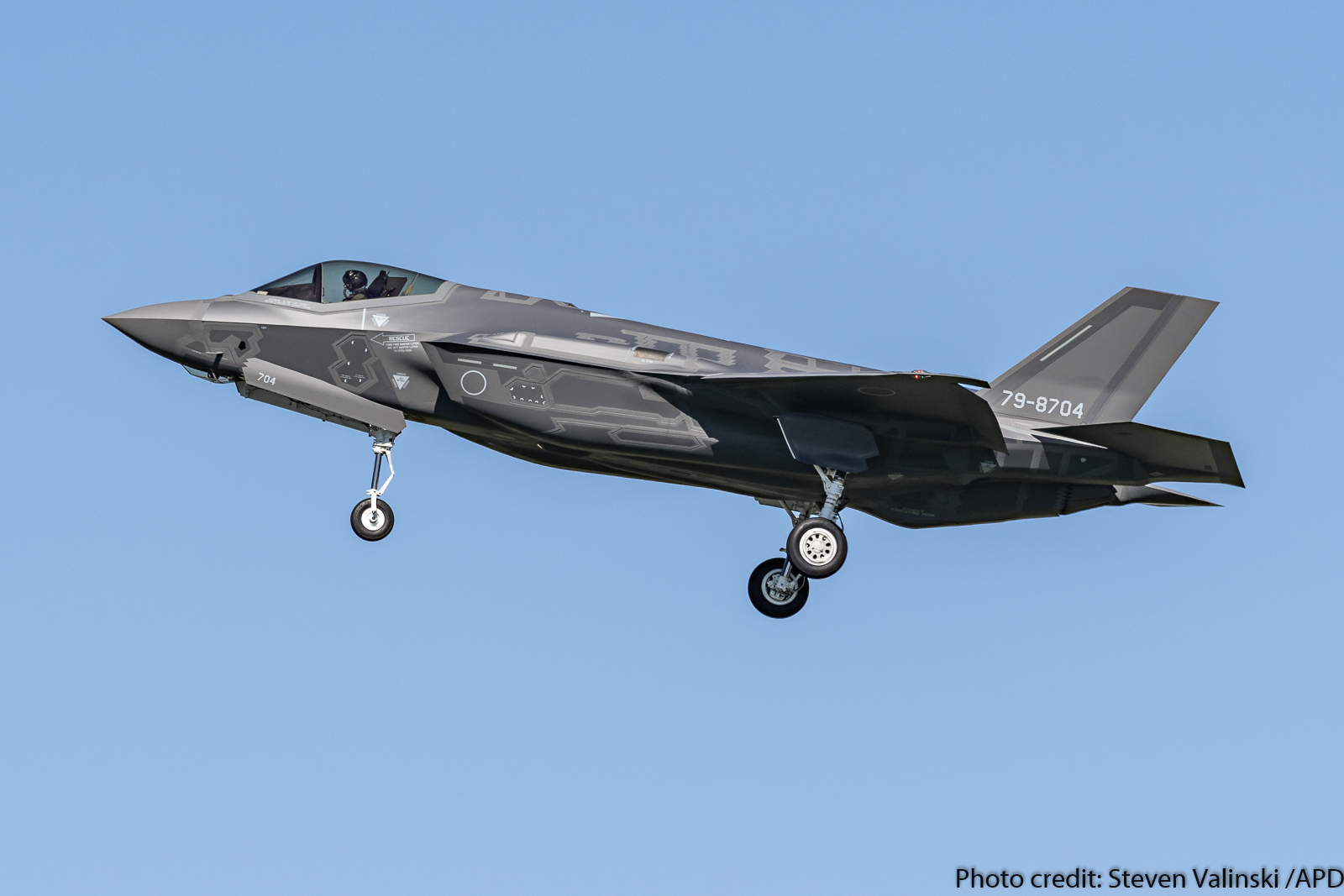 These aircraft will replace the ageing and locally built under license Mitsubishi F-15J with ninety- nine Eagles being replaced in the future by the Lightning’s. These F-15J/ JD Eagles are said to be earlier models that were introduced into JASDF service from 1982 and that have systems onboard that cannot integrate with new operating systems such as that found on the F-35 and other latest defence assets that have been introduced, the Japan Ministry of Defence stated. JASDF have operated a total of 223 F-15J/JD Eagles.

The electronic spectrum for the JASDF also seems to be in for an upgrade of sorts with the acquisition of an additional nine E-2D Hawkeyes and upgrades to the current E-767 Airborne Warning and Control System aircraft that is in service 602 Squadron from Hamamatsu Air Base which began earlier in the year (2018).

In regards to the E-2D Advanced Hawkeye JASDF plan to acquire nine airframes to supplement and then replace the E-2C Hawkeyes that are currently in service with 601st and 603rd Squadrons. The Advanced Hawkeye was selected in preference over the Boeing E-737 AWE&C aircraft similar to that of the Royal Australian Air Force E-7A Wagtail. These E-2D’s will augment the four E-767’s utilised by the JASDF, four of which (E-2D) will be delivered to the JASDF by 2020. 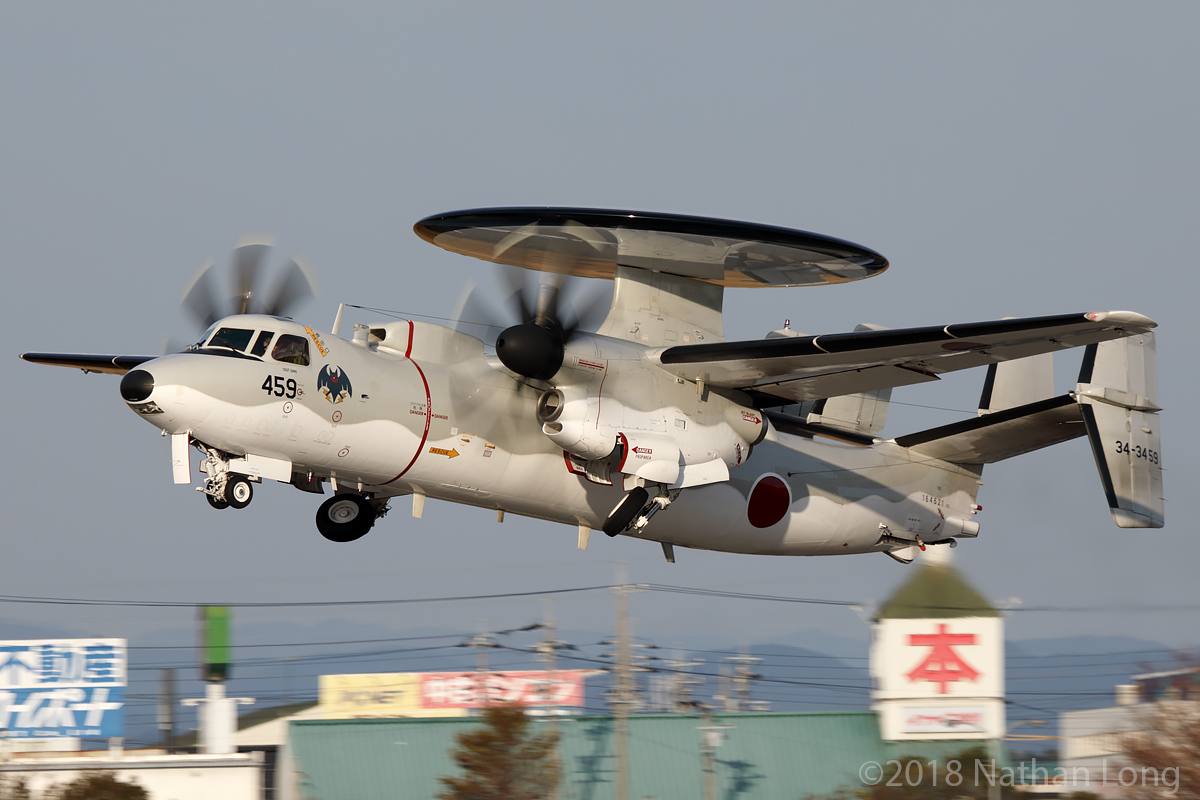 E-767 AWAC upgrades have already begun and have been undertaken by Boeing in Oklahoma, Seattle and in San Antonio. Work on the E-767’s includes equipping the aircraft with updated mission computers, new electronic support measures, a traffic alert and avoidance system and among other things a Interrogator friend or foe system and identification systems and new datalink system able to share information between aircraft in a moment’s notice much like the Link 16 datalink’s most commonly used within western airforces today.

Also to come online in the 2019 financial year will be an extra two Kawasaki C-2 transporters, these aircraft will be replacing the much smaller but venerable C-1 aircraft with around 40 C-2 aircraft to be manufactured by Kawasaki. The aircraft is also being touted to other nations as the right choice as those nations are eager to replace ageing transport aircraft an example of that is the Royal New Zealand Air Force who are looking to replace their five C-130H Hercules based at Whenuapai Air Base near Auckland.

The JASDF have allowed Kawasaki to showcase the abilities of the C-2 to the Asia Pacific nations and in particular the RNZAF with a single C-2 officially apart of the flying and static display at the Australian International Airshow held at Avalon Airport near Melbourne, Australia in the last week of February 2019.

The classic F-4 Phantom II is currently being withdrawn from service with its last year of operations with the JASDF planned for 2019, in particular the RF-4 Phantom with the 501st Tactical Reconnaissance Squadron. No new aircraft is expected to be procured to take over operations conducted by the RF-4 by 501st Squadron. 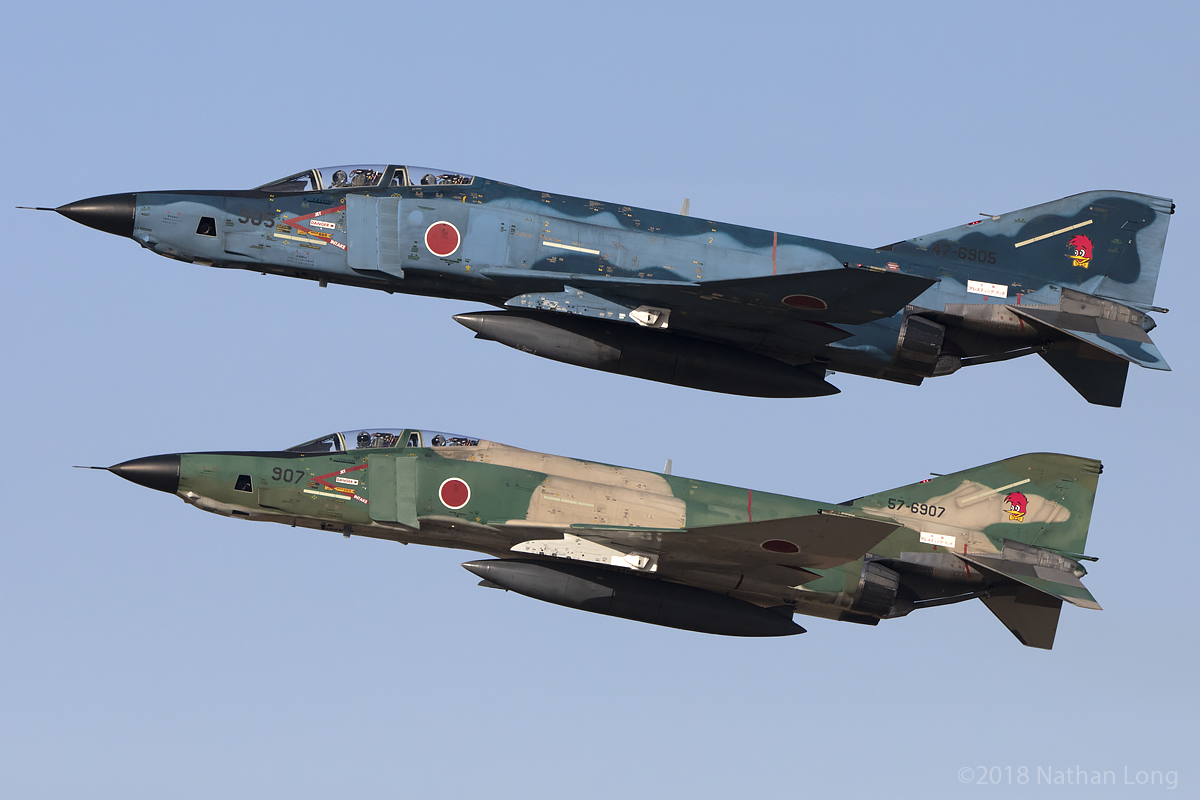 But plans are still to be put in place to replace the Mitsubishi F-2 which is based on the design but larger than the General Dynamics F-16 Falcon with the JASDF operating around ninety F-2’s, with the aircraft reaching the end of their service life in the early 2030’s, so the JASDF are keen to look towards a replacement for the aircraft.

Conjecture is the best word to describe the plans regarding the replacement of the F-2, the Japan Ministry of Defence hasn’t stated what it wants to do officially, and yet rumours persist that the original plan of replacing the F-2 with the locally produced Mitsubishi F-3 ‘Shinshin’, Japan’s version of a 5th generation stealth fighter, have hit a brick wall or are continuing on without incident, the truth is hard to gauge. Reports earlier in the year suggested that the F-3 program had been cancelled due to Research and Development cost blowouts. 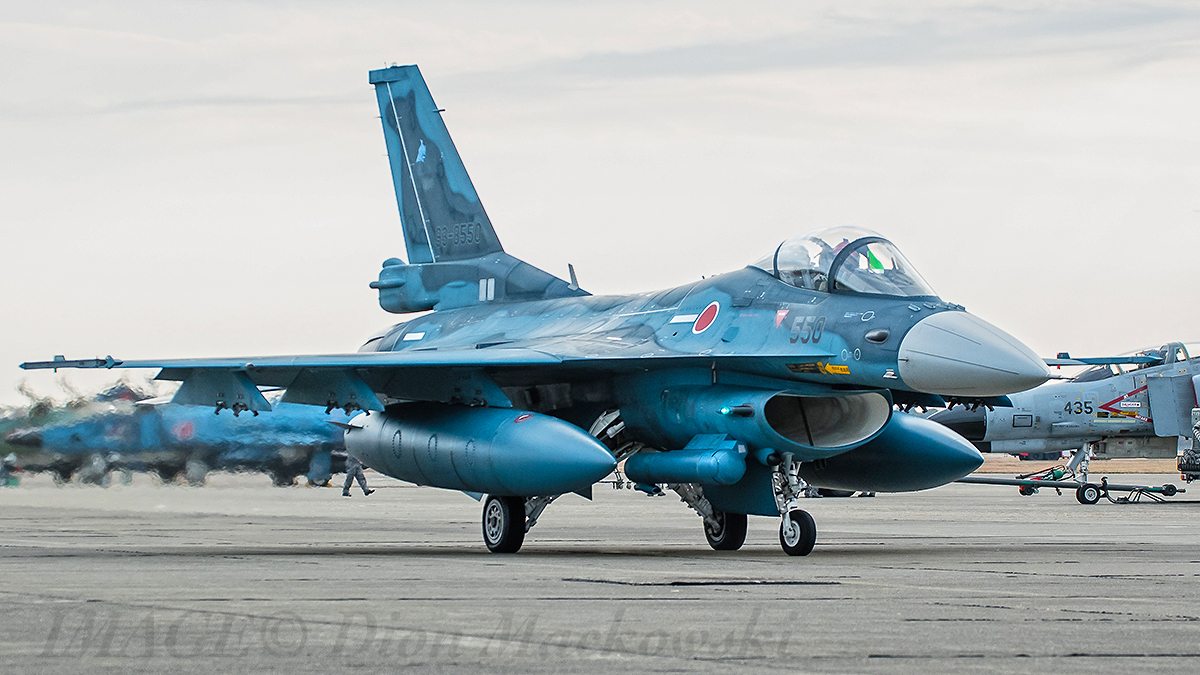 If reports are to be believed it appears that Lockheed Martin will work in a collaborative effort with the Japanese industry to develop a fighter that is based on the Lockheed Martin F-22 Raptor but a larger variant much like the distinction is between a F-2 and a F-16 which alone the F-2 has a 25% larger wing surface area than the F-16.

Japan wants its new multi-role fighter jets that will replace the F-2 to be capable of engaging in anti- surface war over long distances and consequently to be capable of carrying long-range supersonic missiles such as the locally produced XASM-3 Joint Strike Missile or the Joint Air to Surface Standoff Missile in an internal bay or a GBU-31 Joint Direct Attack munition. A move that is seen to be a statement to regional neighbours that Japan will defend itself, and showcasing it’s ability to project airpower over long distance especially since a recent announcement to purchase an additional Boeing KC-46A ‘Pegasus’ aerial refuelling aircraft to supplement the five KC-767’s already in service.

In any case the F-2 replacement is still on track whichever route is taken with around 100 aircraft being sort after, it’s just hard to know which way the JASDF and more importantly the Japan MoD will go in selecting a suitable replacement that has the 5th generation capabilities and meets the requirements that are much sort out by the MoD.

Japan’s defence is certainly in for a shake up and as new aircraft with new systems introduced another cost for the Japanese MoD will be for the ability to train for these new systems being introduced especially for the integrated and sophisticated systems that are operated on the F-35.

So expect more announcements from the Japanese as they transition to an integrated flexible 5th generation fighting force. 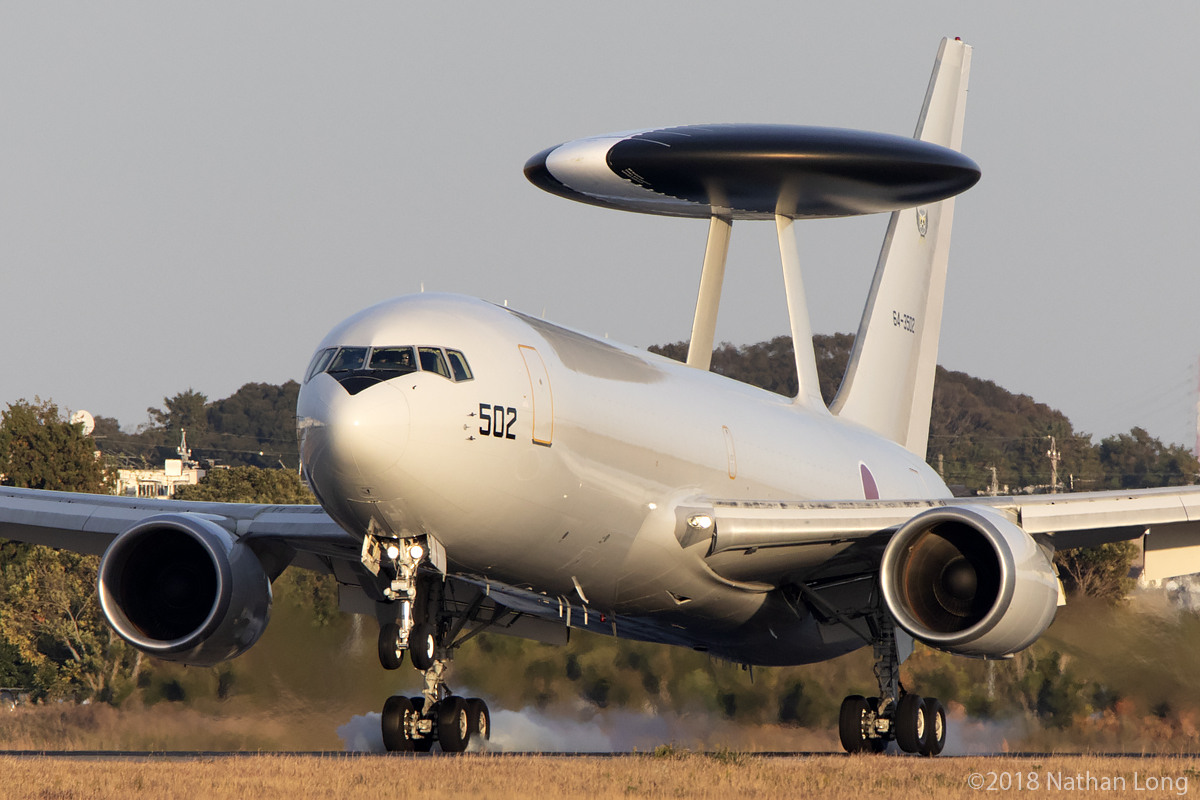 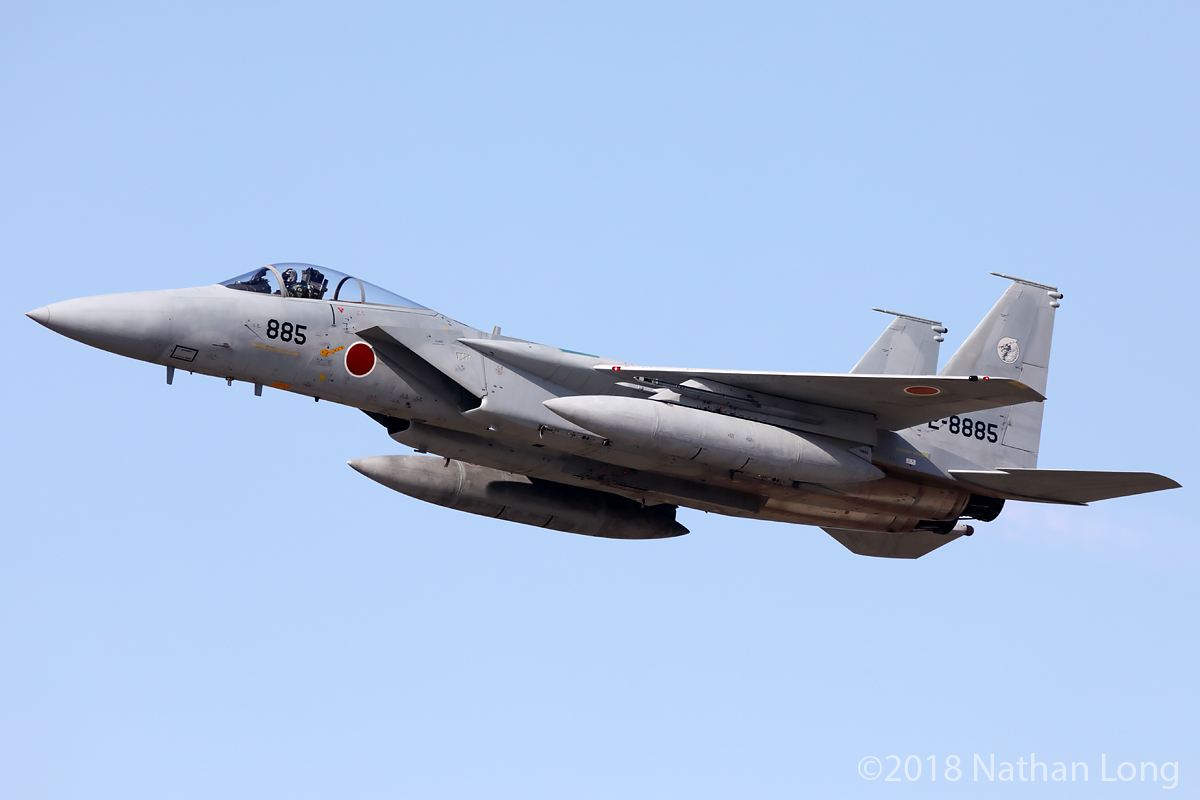 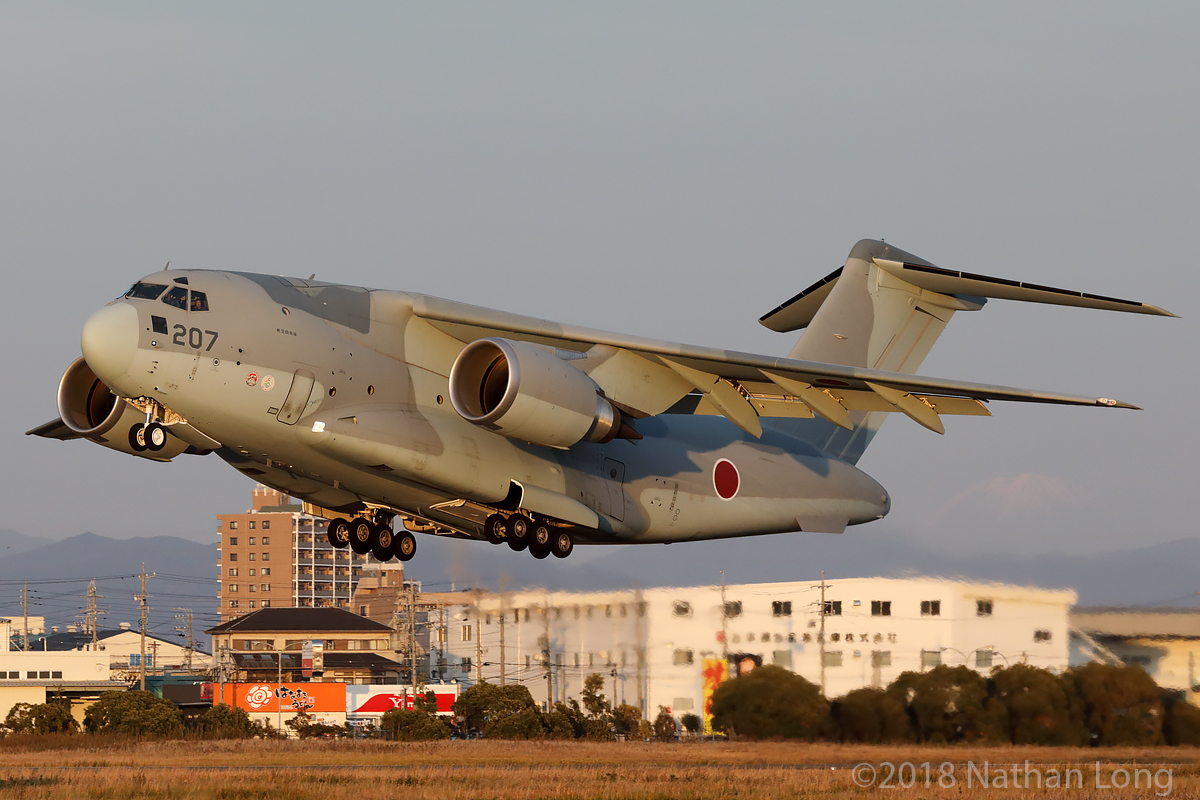 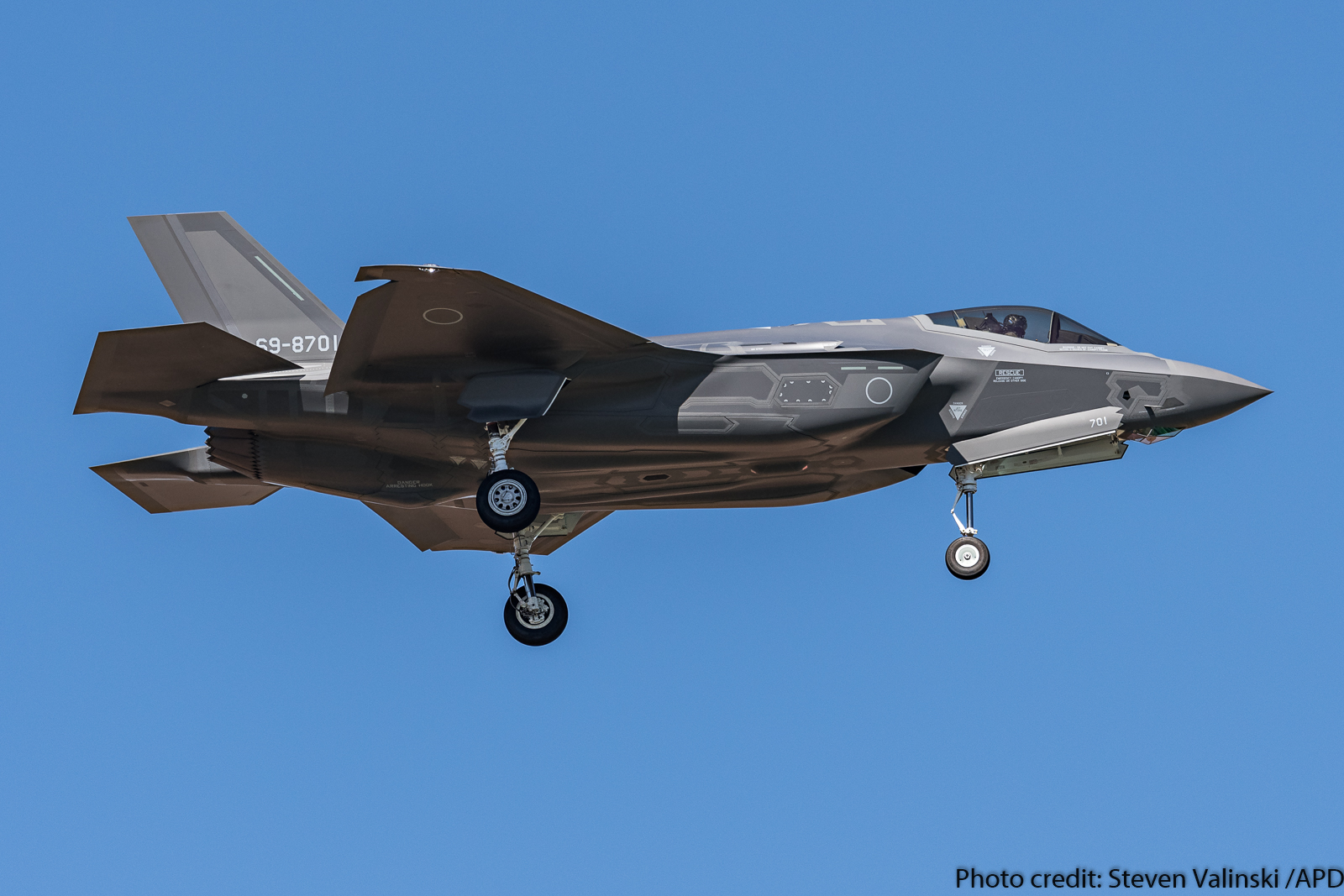 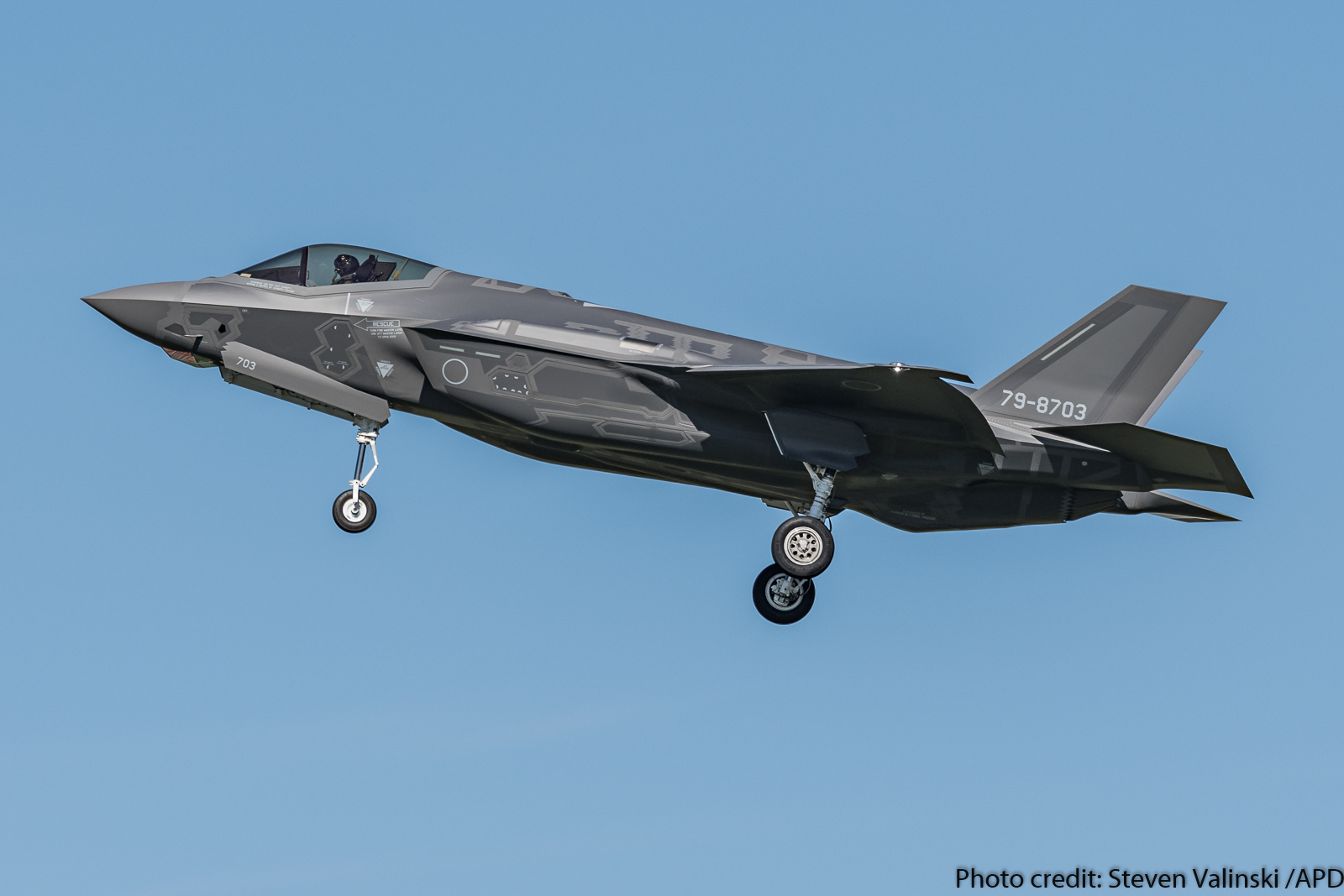