The State of Israel celebrated its 70th year of Independence with a large diverse flypast with the main point of event being off the Tel Aviv beachfront.  For the first time in 20 years foreign aircraft participated in the event. The foreign air forces that sent aircraft were – an RCAF C-17, RAF Hercules, Polish Air Force CASA 295, Austrian C-130, and 3 Hellenic Air Force F-16s.

Israel’s Air Traffic Control closed the airspace for the duration of the event which saw a block separation between Israeli Air Force aircraft and the foreign air forces involved. The flypast started with a C-130-30J “Shimshon” deploying 30 paratroopers. Following was an opening act of 2 F-15 Eagles (#122 and #109) performing a simulated dogfight and chase over the Tel Aviv beach wowing the droves of Israelis which view this as a national pastime. The F-15 display was followed with a parade of the foreign aircraft. Many of which “tipped” their wings over the beach. Then came several Helicopter flypasts closing out with 5 trios of various F-16s and one trio of M-346 “Lavi” sporting drop tanks for the first time.

All in all, from start to finish, the flypast lasted almost 3 hours and covered most of Israel with 3 different contingents flying. The main show took place along the coast with Tel Aviv beach acting as the center stage. 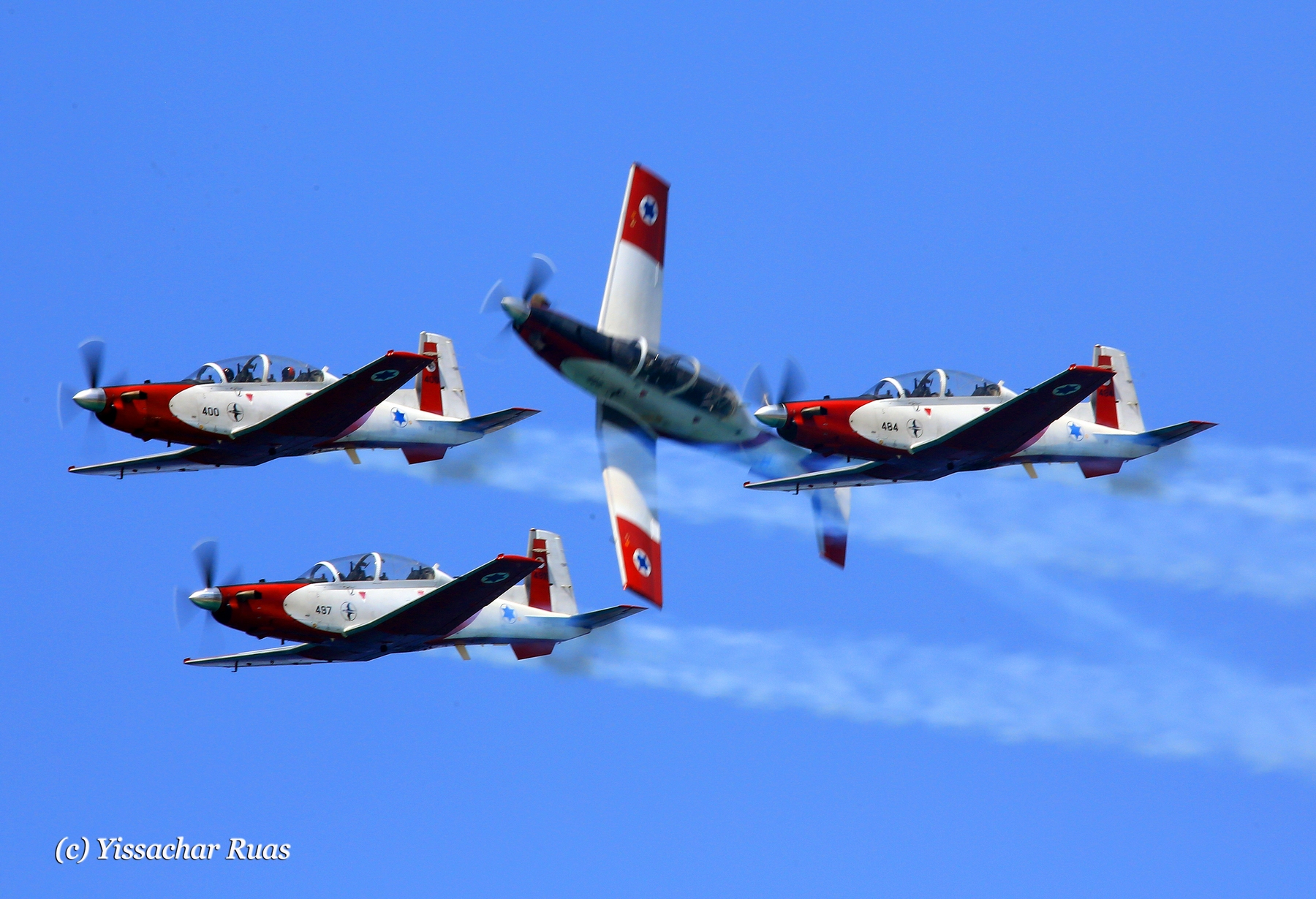 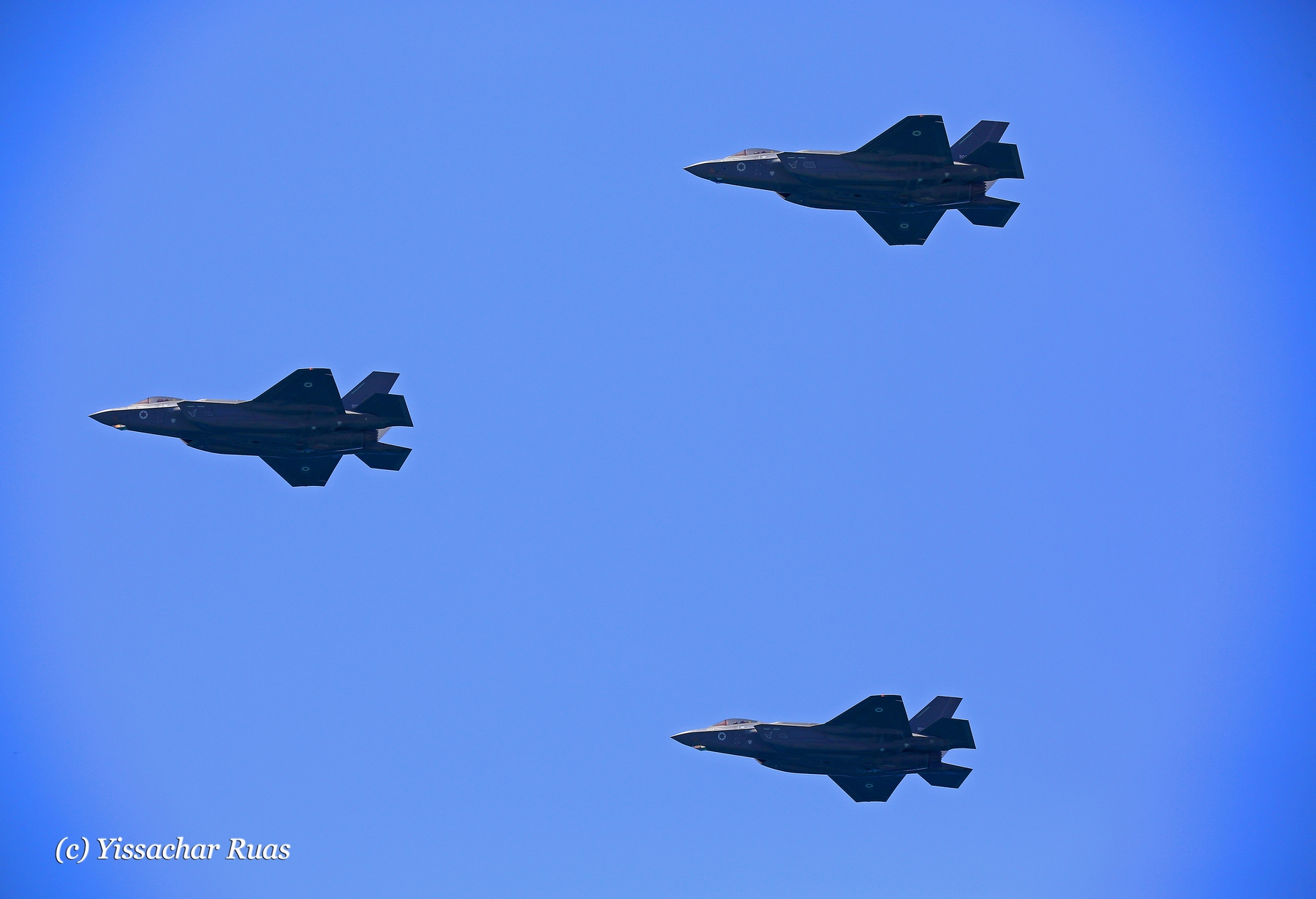 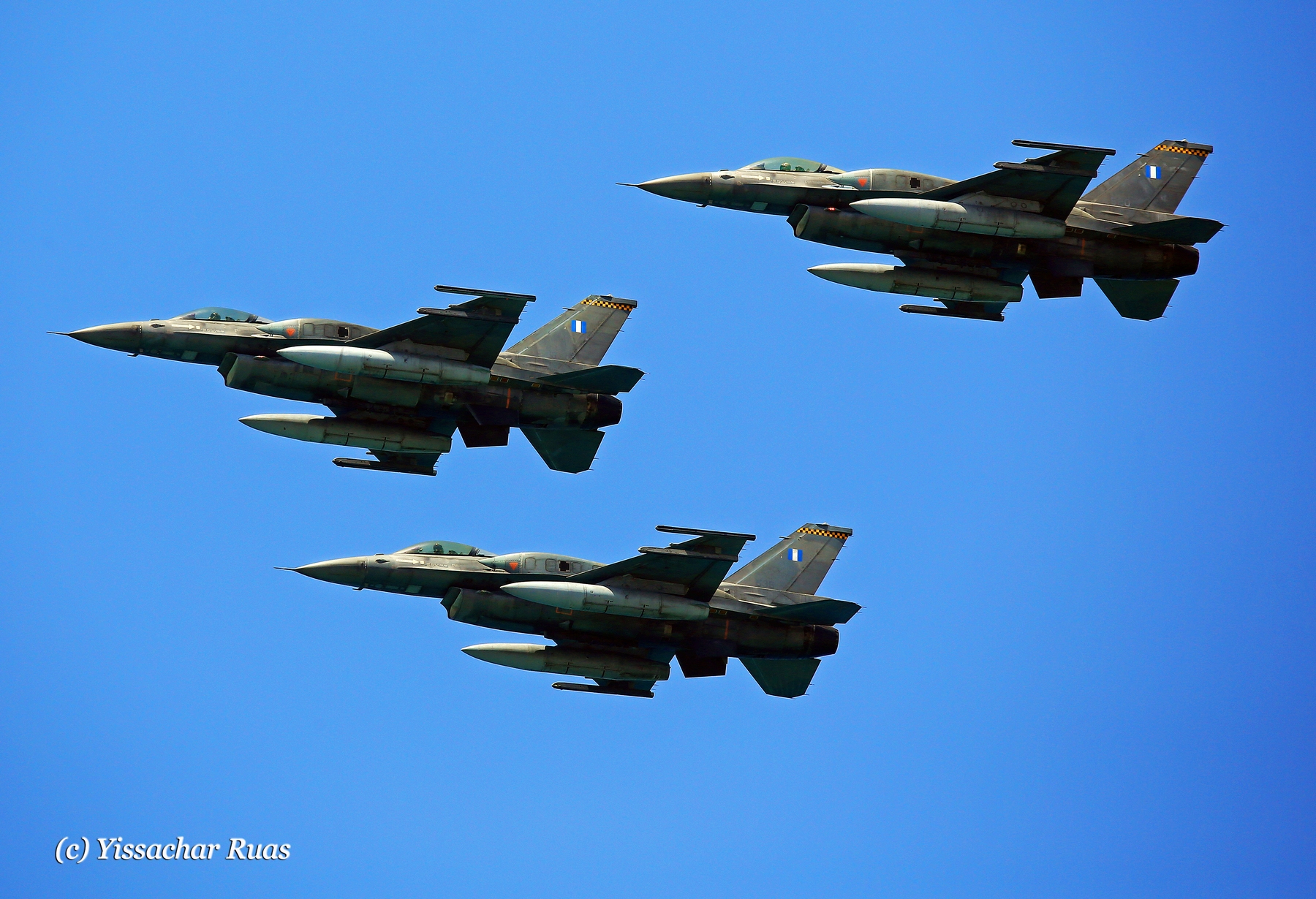 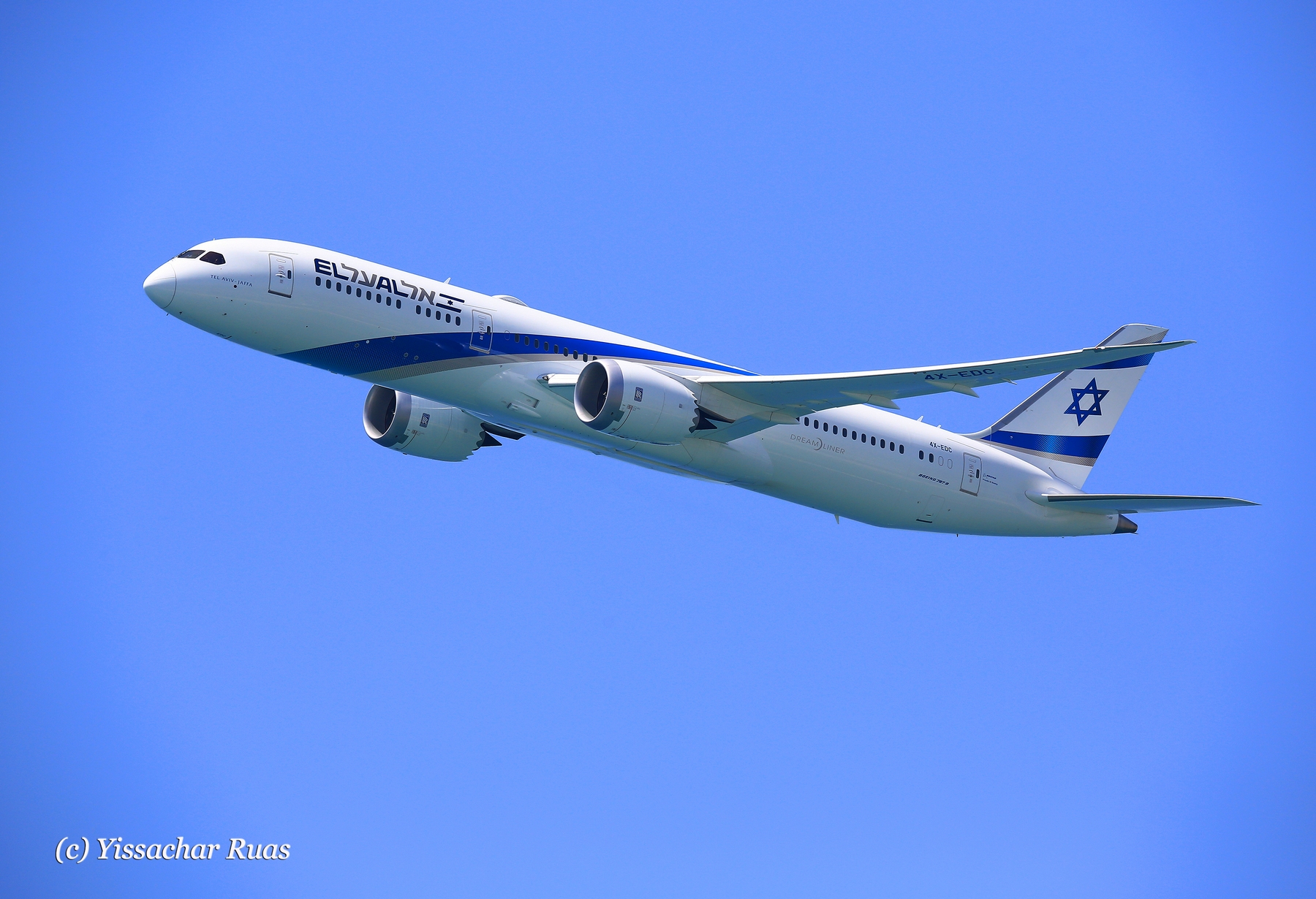 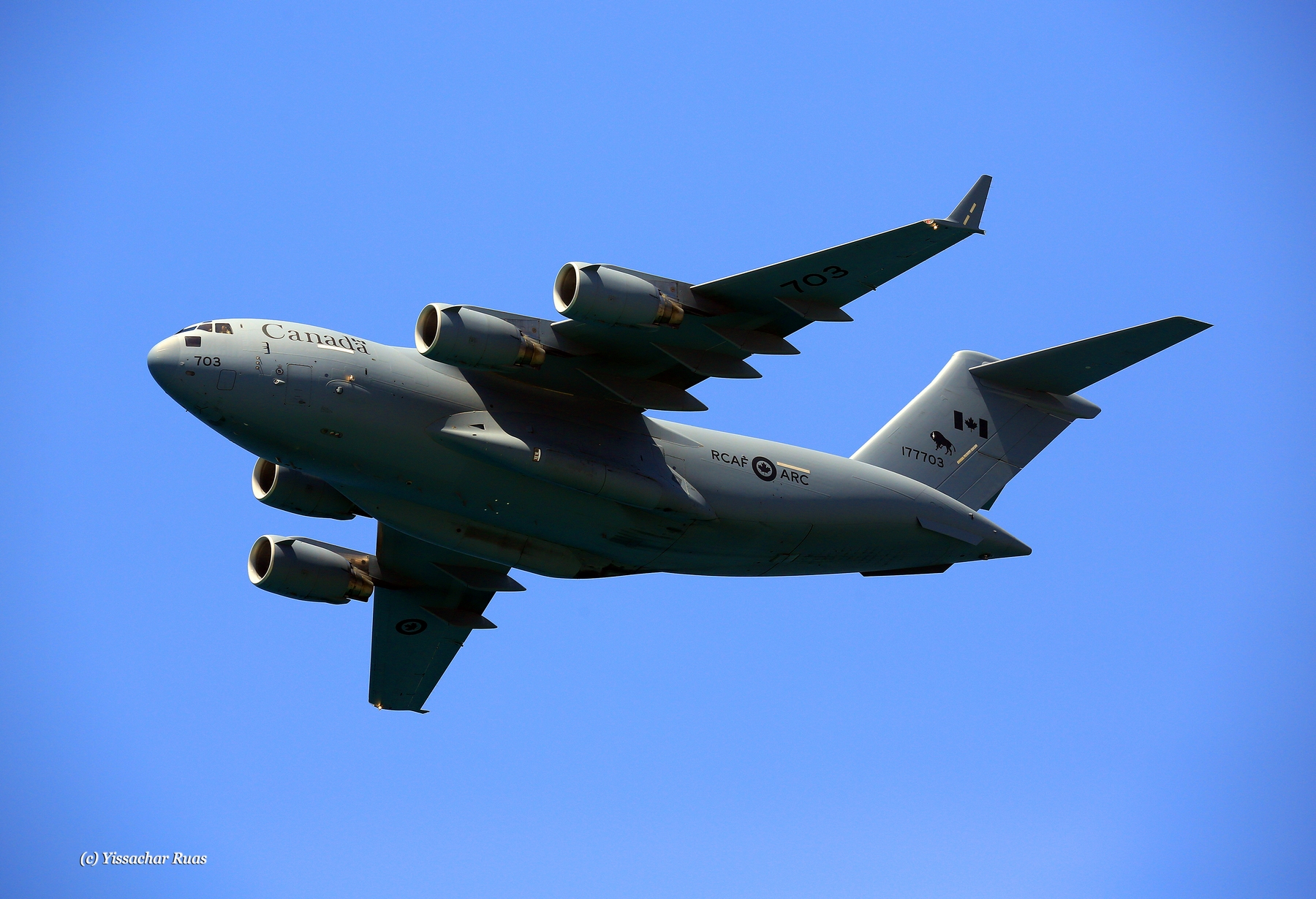 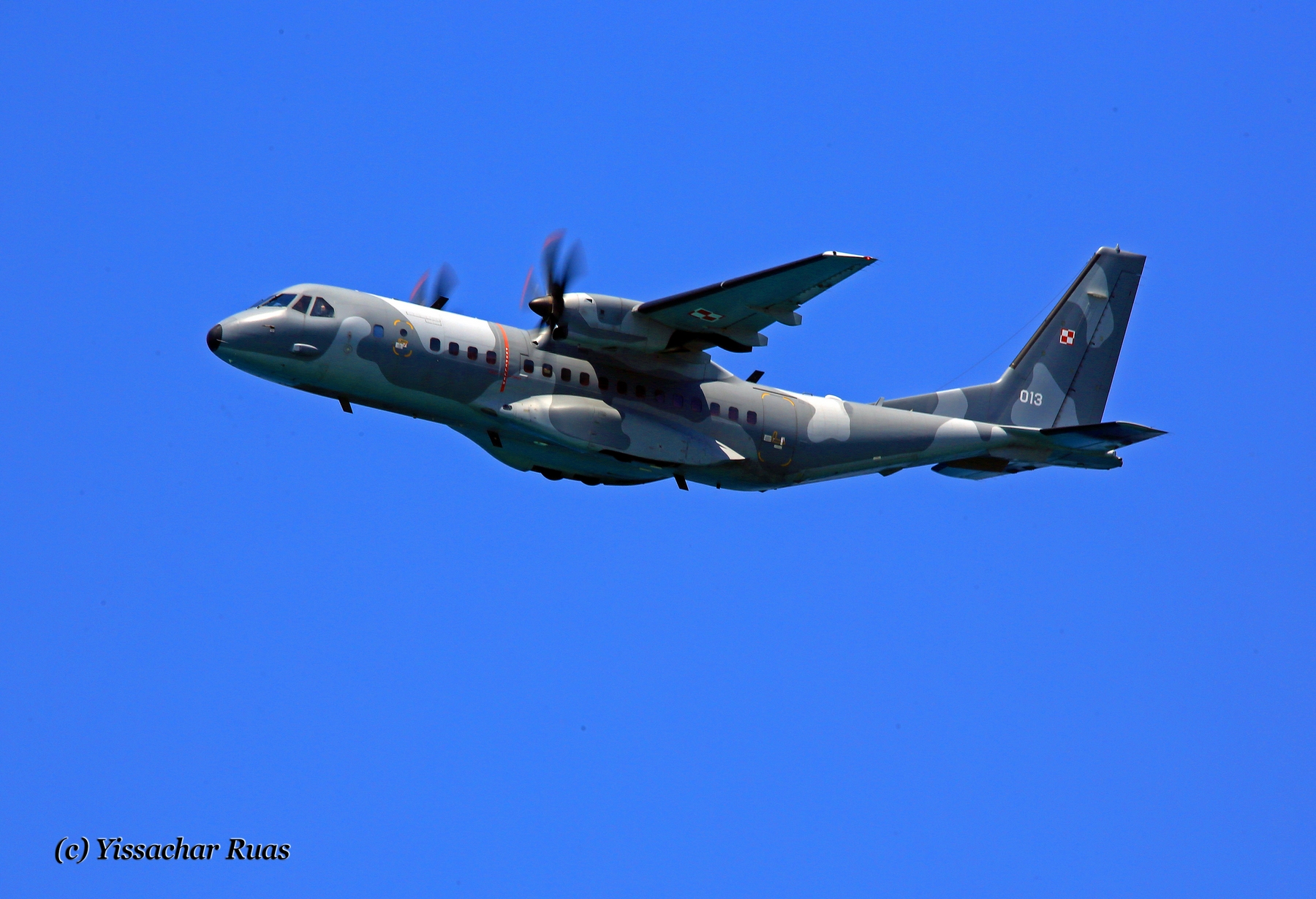 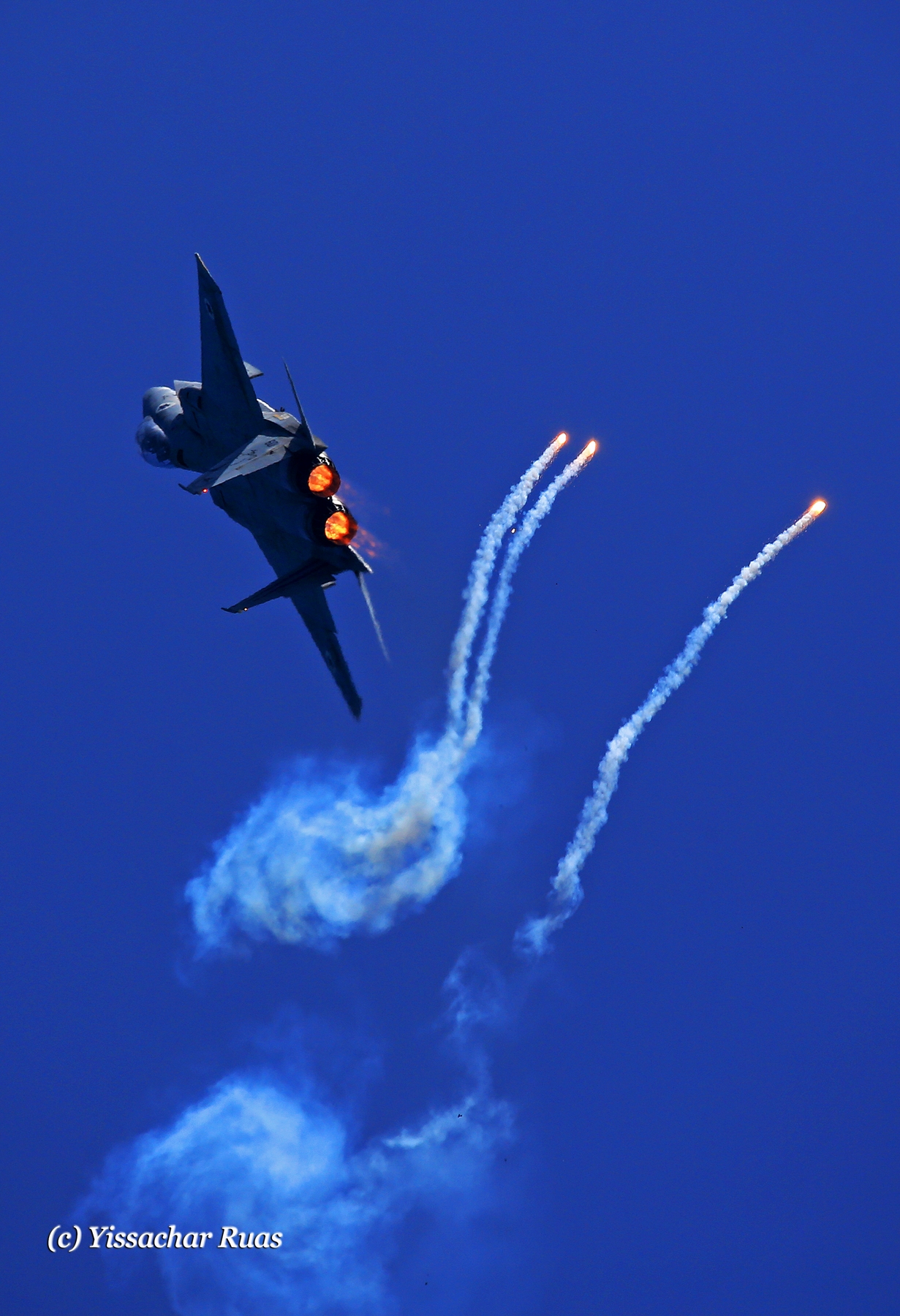