Israel celebrated 68 years of Independence last week, one of Israel’s favorite Independence pastimes, is its annual Israeli Air Force flypast. For the past several years I have had the privilege of flying with the IAF on these occasions, thankfully, this year I was able to secure a spot as well.

My spot this year was secured with the “Nocturnal Birds of Prey” Squadron out of Tel Nof AFB. The Squadron operates the CH-53 Stallion in an upgraded version also known as the “Yasur 2025” (Yasur = Puffinus). The Squadron’s motto, “Big things are done secretly” is ever apparent. During this Independence Day some of its long range missions from 10 years ago, of flying Israeli Commandos deep into enemy territory were revealed in several of Israel’s newspapers. 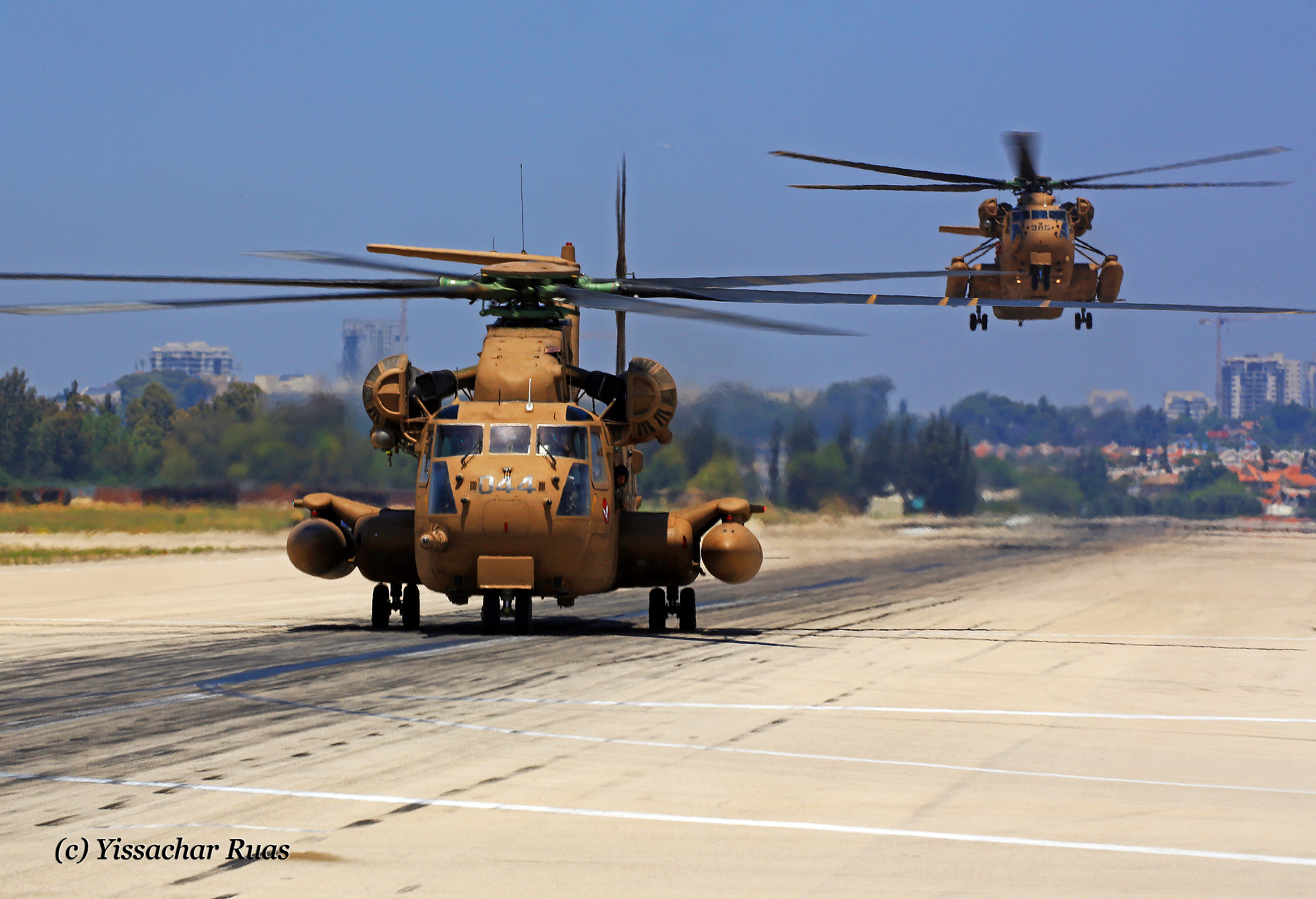 As for the mission at hand, the IDF invited me for a 09:15 stand up time. Unfortunately take off time is slated for 10:45 AM which is already in the heat of the day. The mission today, take off from Tel Nof, fly a low level track over most of Israel’s heavy population centers. We are part of a 3 ship formation, our route is planned to go from Tel Nof to Israel’s Capital, Jerusalem, from there we are set to head towards Haifa and Tel Aviv, all together a bit more than a 2 hour flight in the tiny but mighty State of Israel. There are almost a dozen other formations covering various areas of the country, the biggest presentation, is off Israel’s coast, between Haifa and Tel Aviv.

We are split into 2 Stallions amongst the 3, choosing a Stallion is tricky business, the flight has set parameters that the crew are not allowed to divert from. Flying a 3 ship triangle formation means that there are advantages to each helo – I decide to fly the lead Stallion. 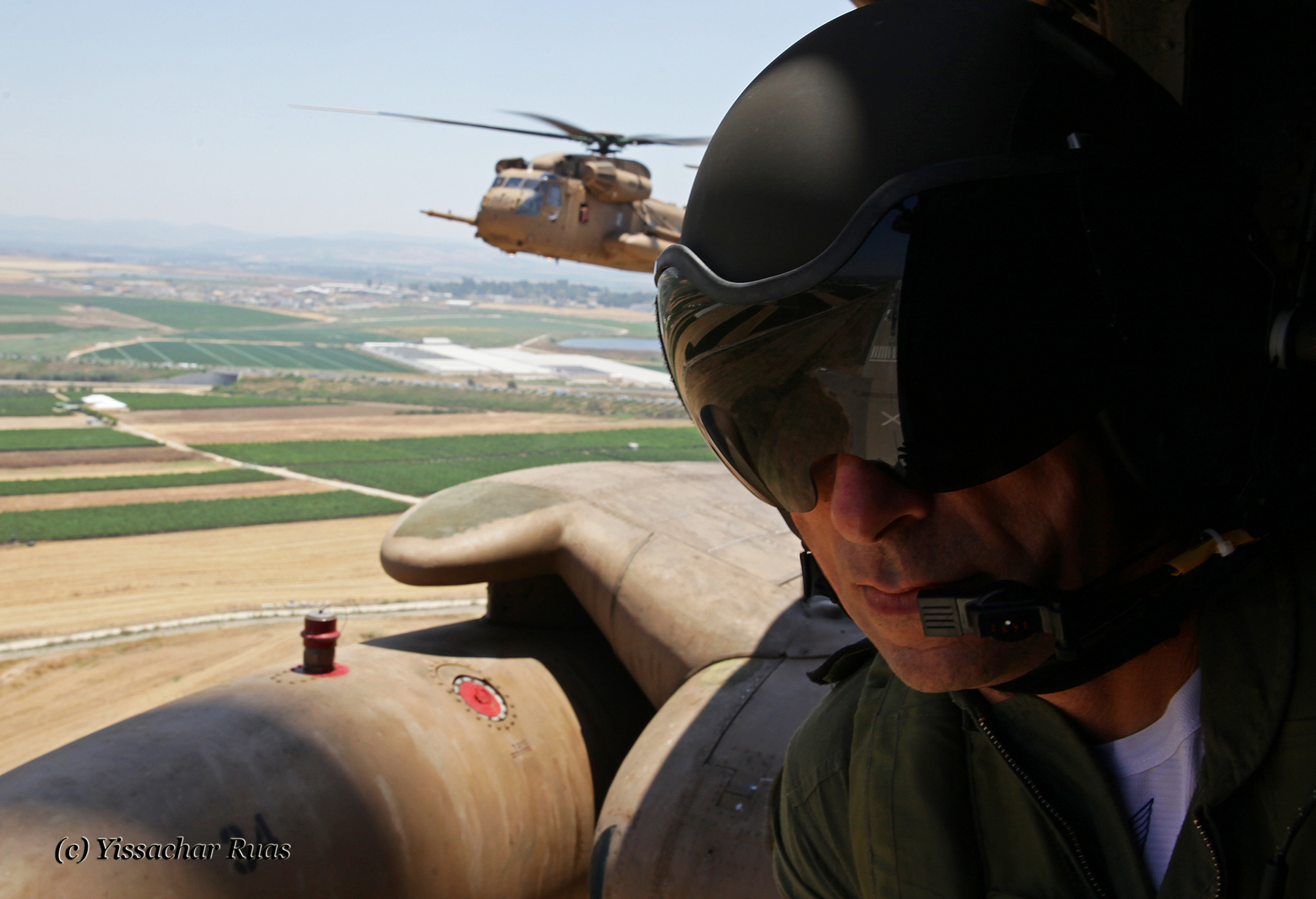 Our crew for the flight consists of 2 veteran pilots, one of which is the Deputy Squadron Commander and 2 crew chiefs. The rules are extremely strict compared to what I am used to even within the IAF, the rear ramp is off limits and no “head or camera out the window”. Since I am used to challenges in this line of work, I figure something will still come out of it.

We make our way to the flightline, get situated, and get ready to roll out. The crews are extremely psyched to be part of this flight and it shows on their smiling faces. We take off of Tel Nof’s main runway, circle around so the other 2 Yasurs can join up. We lead the set formation over the Base which accommodated close to 100,000 people during it’s open house event on one of Its runways. 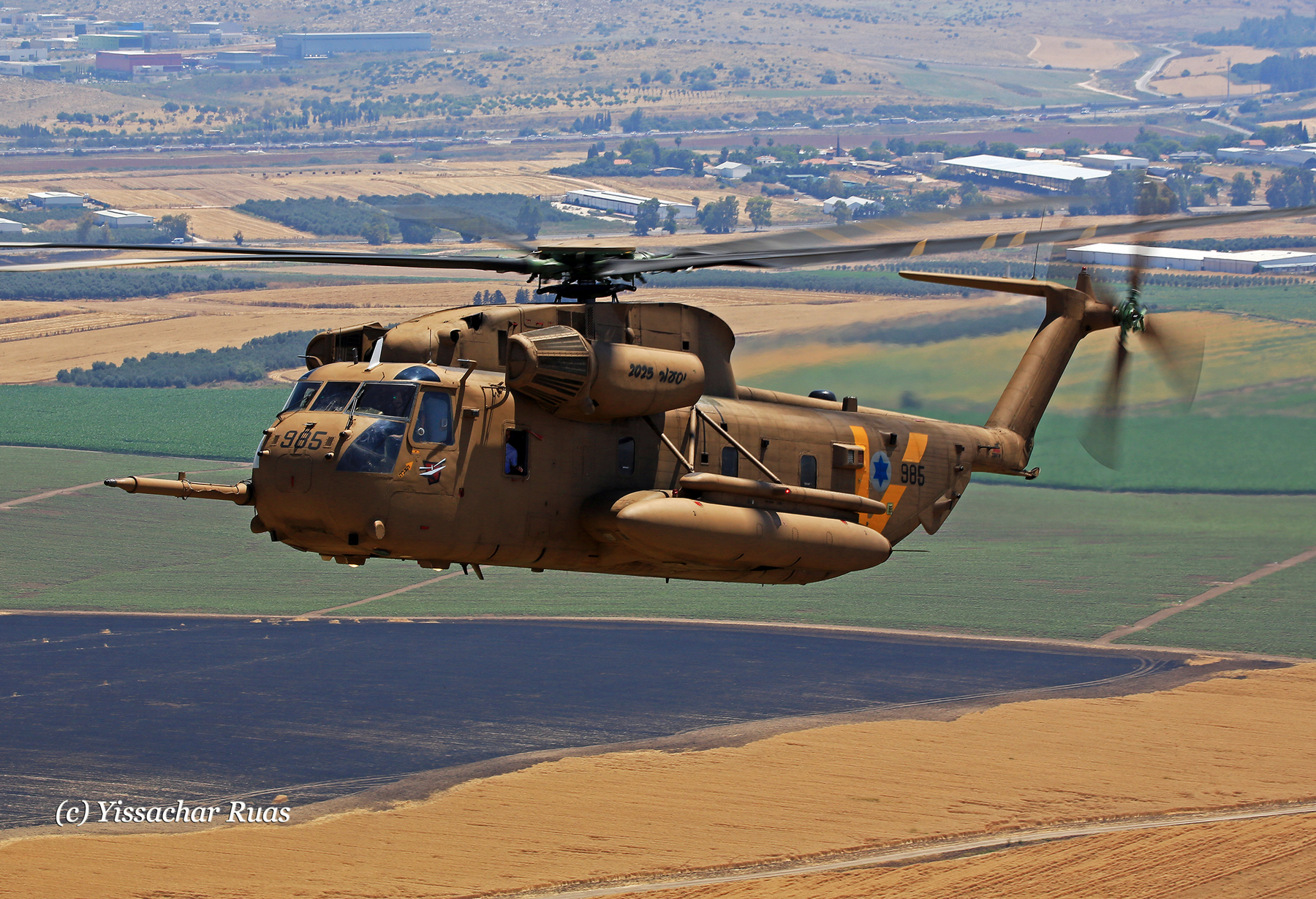 Our 3 ship is comprised of our lead Yasur #052 along with #044, both from the Squadron, added to the flight is #985, a resurrected bird that used to belong to the “Nocturnal Birds” and was reassigned to the “Night Leaders”, their sister squadron.

We flew low level over National Parks, the Old City of Jerusalem, the cities of Haifa, Tel Aviv and the Ramat David Air Base. Along the coast, scores and scores of Israelis lined the beaches and waved, the feeling was absolutely sensational.

Israel, a small country, surrounded by threats from all directions, with growing instability in the region, relies on a strong defense force. The Israeli Air Force is the tip of the spear that defends it from its enemies, I was privileged to have spent several hours in their natural environment, the Skies above Israel.