Home » Articles » Aircraft » IAF Skyhawks: The End of an Era

IAF Skyhawks: The End of an Era

In December 2015, the sun set on the iconic Douglas A-4 Skyhawk for the the Israeli Air Force. Yissachar Ruas was there to say goodbye and pay homage to the venerable “Ahit.”

December marked the end of an era in the Israeli Air Force, after almost 48 years its longest serving fighter jet the Douglas A-4 Skyhawk aka “Ahit” was retired from the IAF Flight Training School (FTS).

This is a historical milestone, The A-4 was the first American Jet Fighter to serve in the IAF, starting the “American Era” which saw the IAF purchase ONLY US jets for 47 years until its replacement arrived last year. 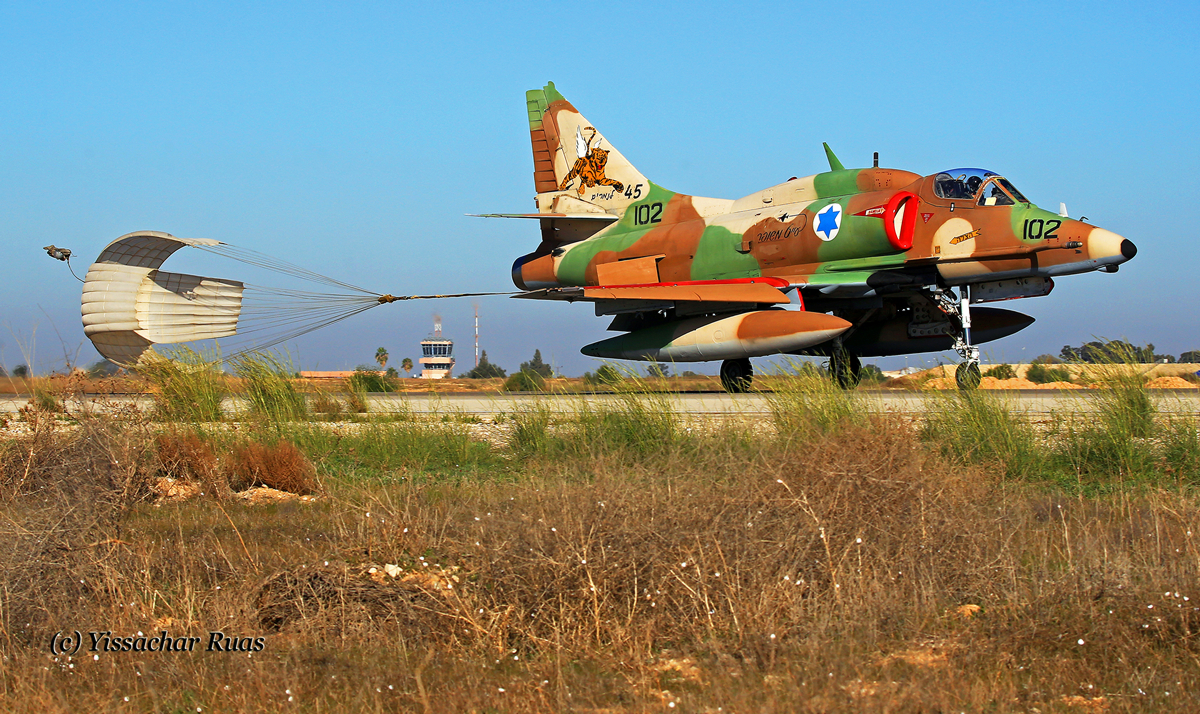 The A-4’s replacement is the Italian built, Alenia Aermacchi M-346 Master or “Lavi” (Lioncub) as it is known as in Israel. Since July of 2014 when the first aircraft arrived, it was countdown mode for the A-4 Flying Tigers Squadron. A number of internal events were conducted during this period of time to celebrate both the Flying Tiger Squadron and A-4 reservists from other squadrons as well as bid farewell to its veteran core. 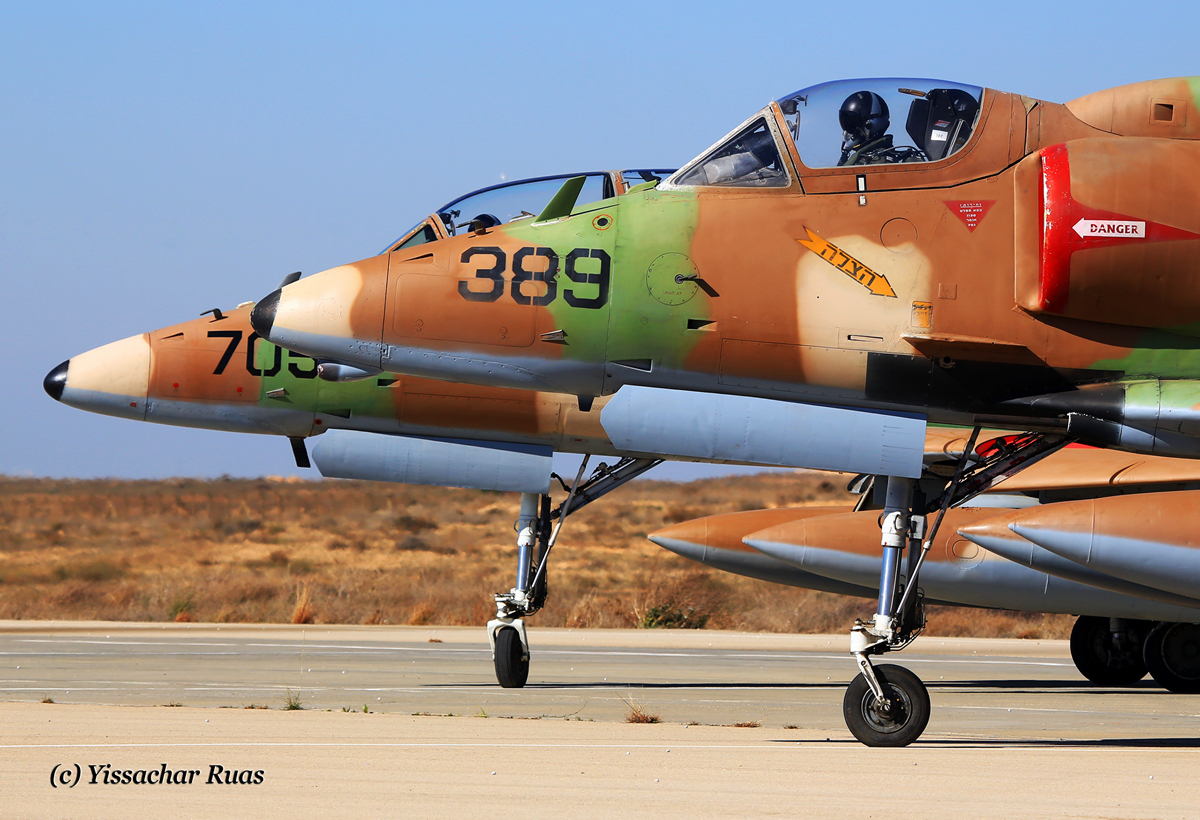 Even at its veteran age the “Ahit” had an active role in combat, participating in every conflict from the time it arrived in Israel in 1968 during the “War of Attrition” until last year’s Operation “Protective Edge” mounted against the Hamas held Gaza strip after they fired rockets at Israeli population centers.

In recent years The A-4 was mostly responsible for training and evaluating the IAF’s next generation of fighter pilots. With the arrival of the F-16I Sufa in 2004 there was an increasing feeling of a generational gap when training new fighter pilots, Israel, which buys aircraft almost exclusively from the US was faced with an increasing dilemma. The advanced trainers used by the US were either obsolete (USAF) or politically not able to purchase (USN, British made Hawk) this forced Israel to look to a country outside the US for a new lead in trainer. After examining both the Korean T-50 and the Italian M-346 “Master”, the Master was chosen as a successor to the “Ahit”. 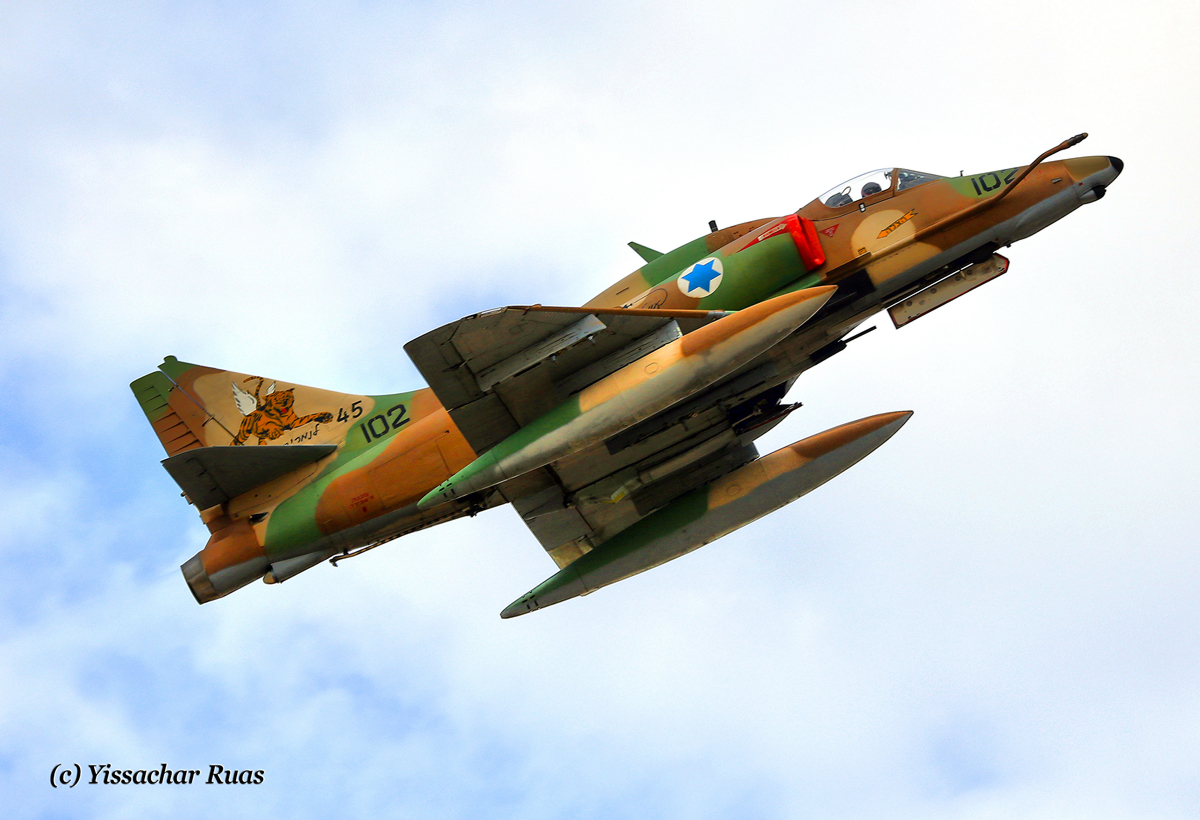 The A-4 was the combat backbone of the IAF until the beginning of the 1990’s, while being an introductory fighter from the mid- 80s, with the introduction of more F-16s, the Skyhawks became less dominant in the IAF until only the “Flying Tigers” remained flying the type. During its almost 48 years of service, the A-4 continuously served as part of the “Flying Tigers”, other squadrons that operated the type were the “Valley” Sqn , the “Flying Dragon” as well as the “Defenders of the South” sqn all of which today operate different F-16 variants.

Gen Eshel stated at the closing ceremony “The Ahit wrote some of the IAF’s most incredible chapters in conflict during the IAFs history” he added: “Many of the IAF achievements are a combination of this small aircraft and the large heart and soul of both its pilots and its maintainers who have kept this aircraft combat ready for years showing their professionalism and dedication, which empowers the entire Air Force as a whole.” 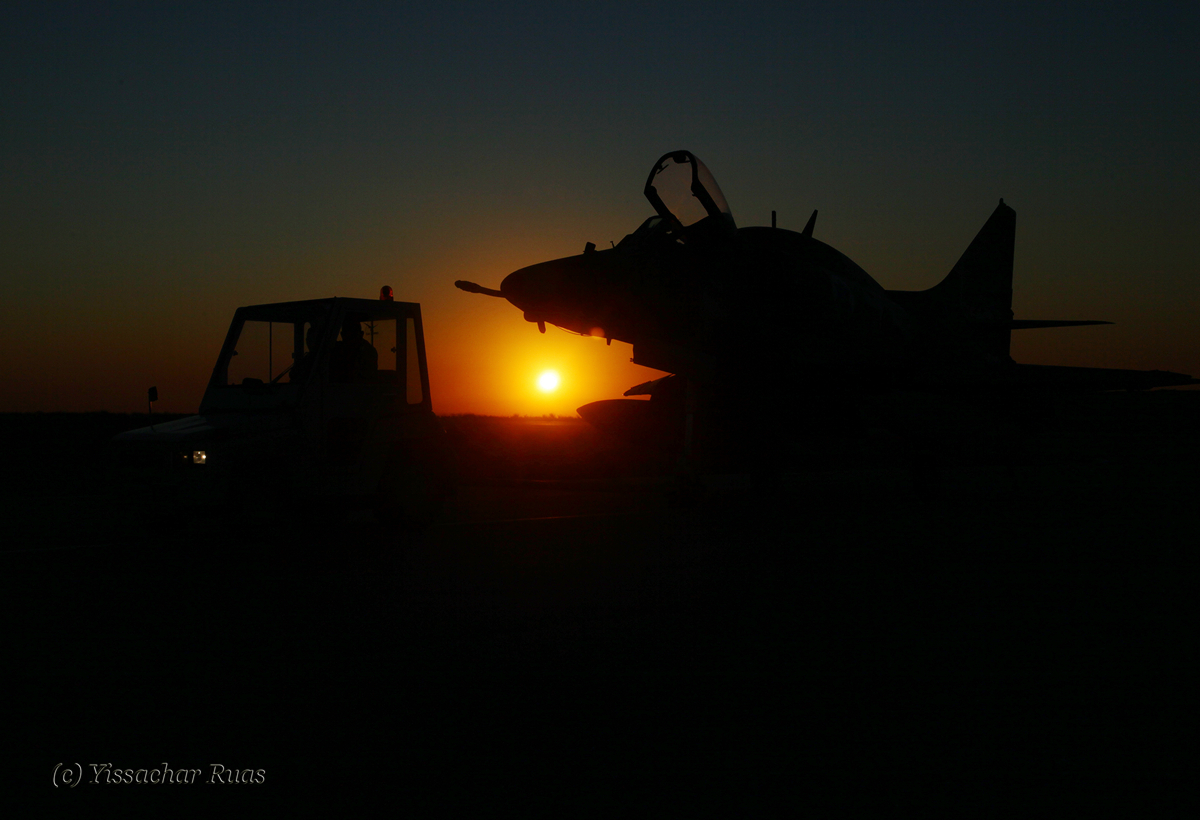 Like the C-47 Dakota (longest service transport aircraft) and the Piper Cub (longest serving trainer) in the Skyhawk holds the record for the longest service by a fighter in the IAF. Many believe the aircraft will be sold to various private air fleets as per US approval so they just might continue to fly on in the skies of Europe or the US in an operational training role. 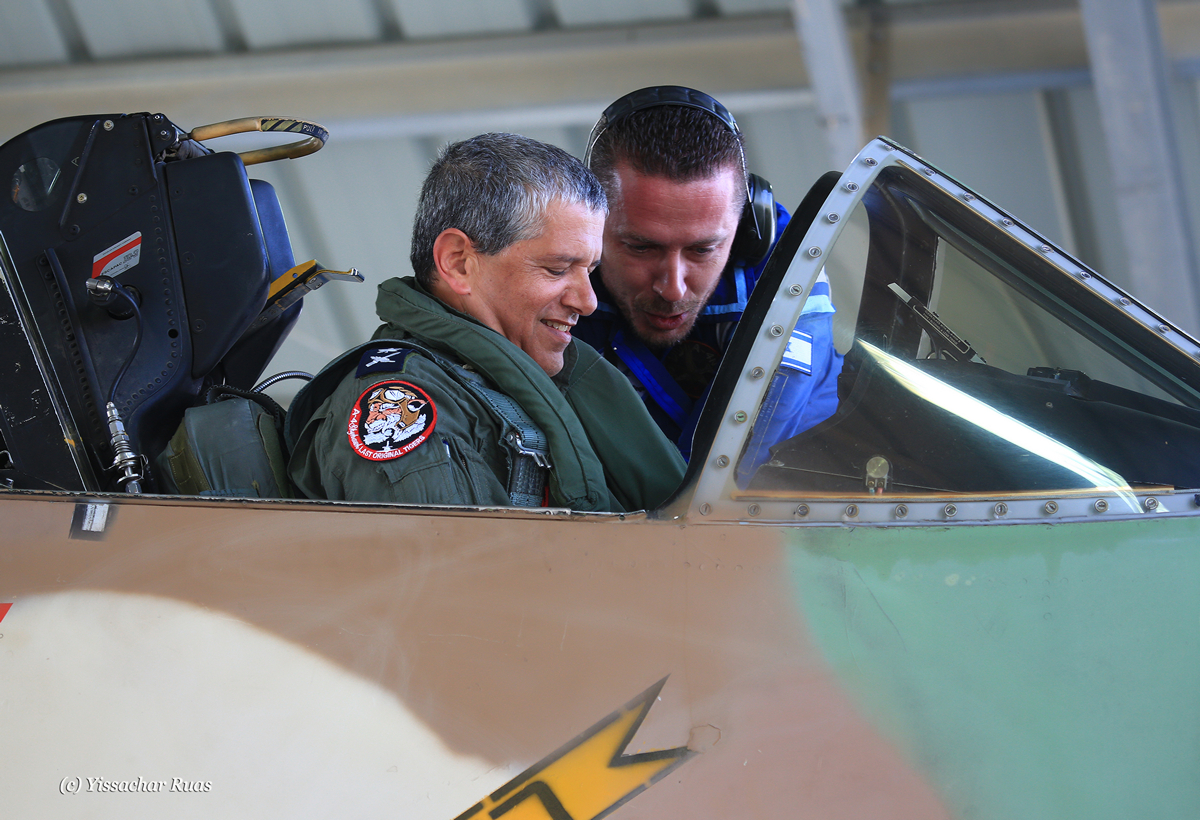 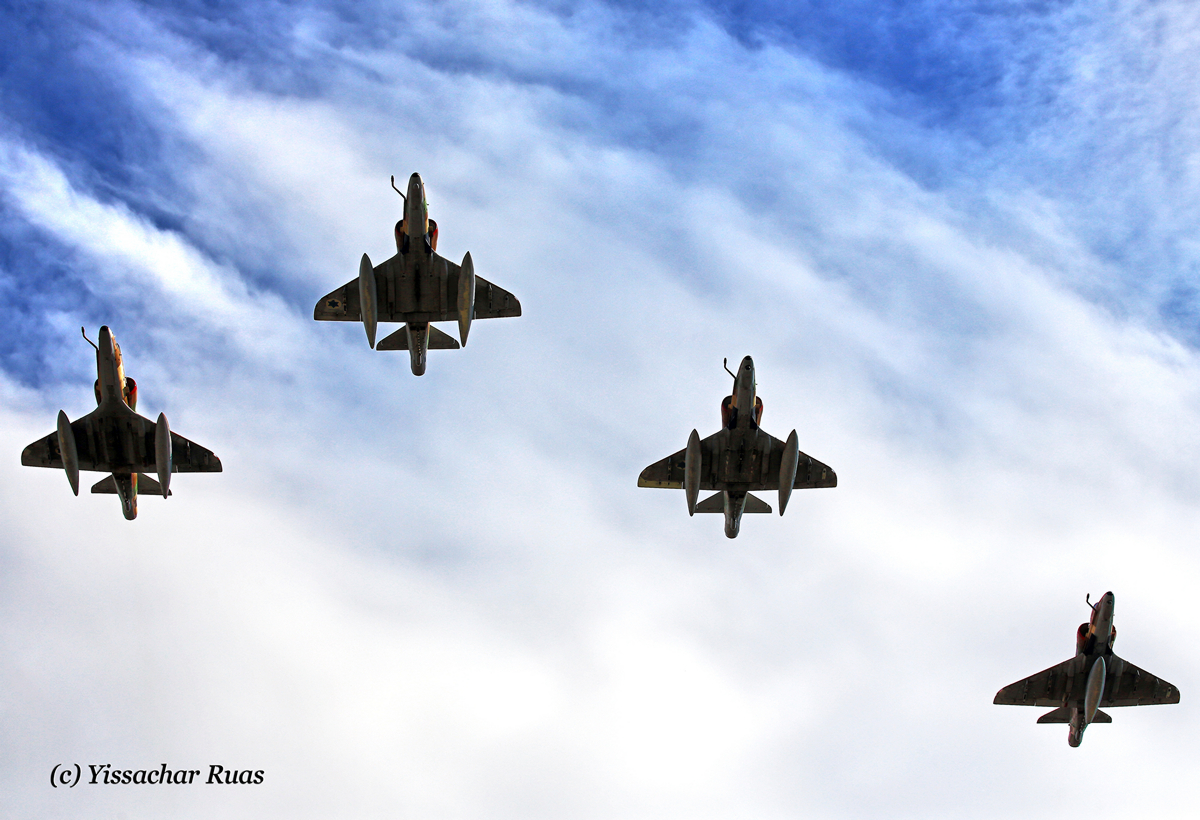 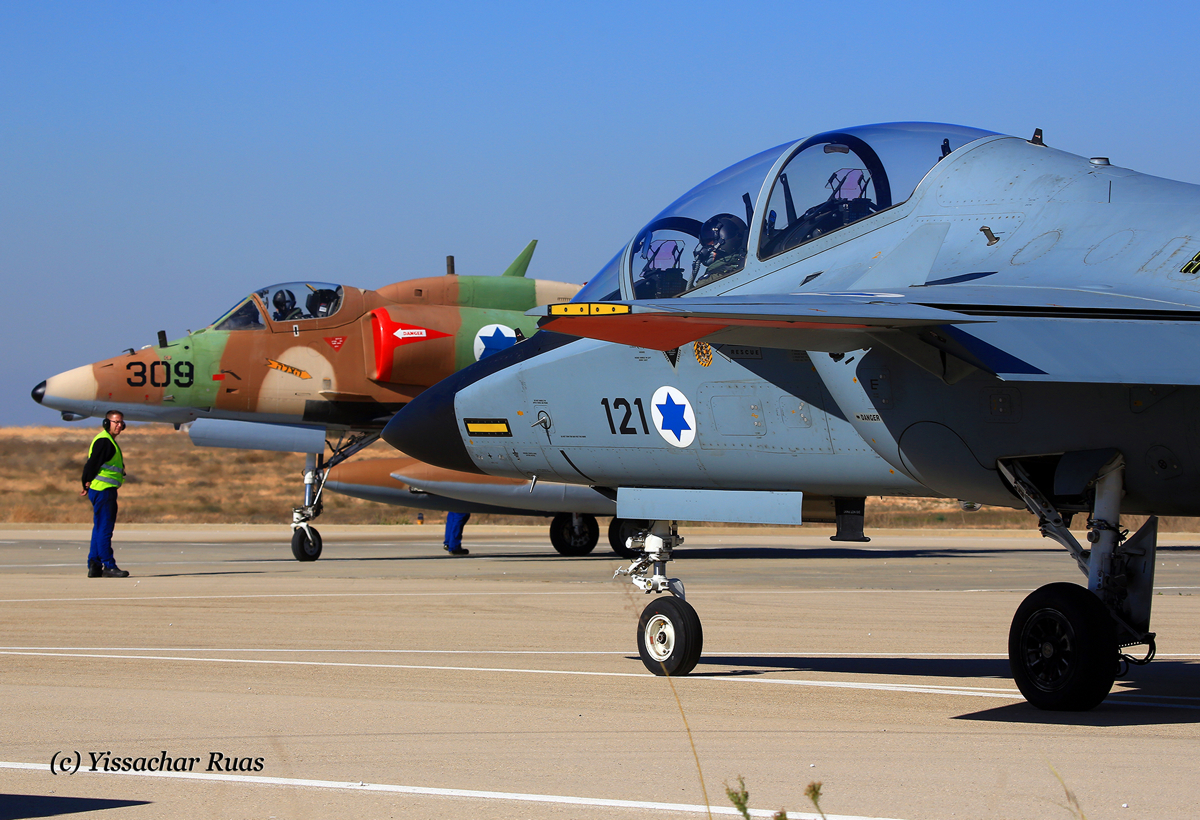 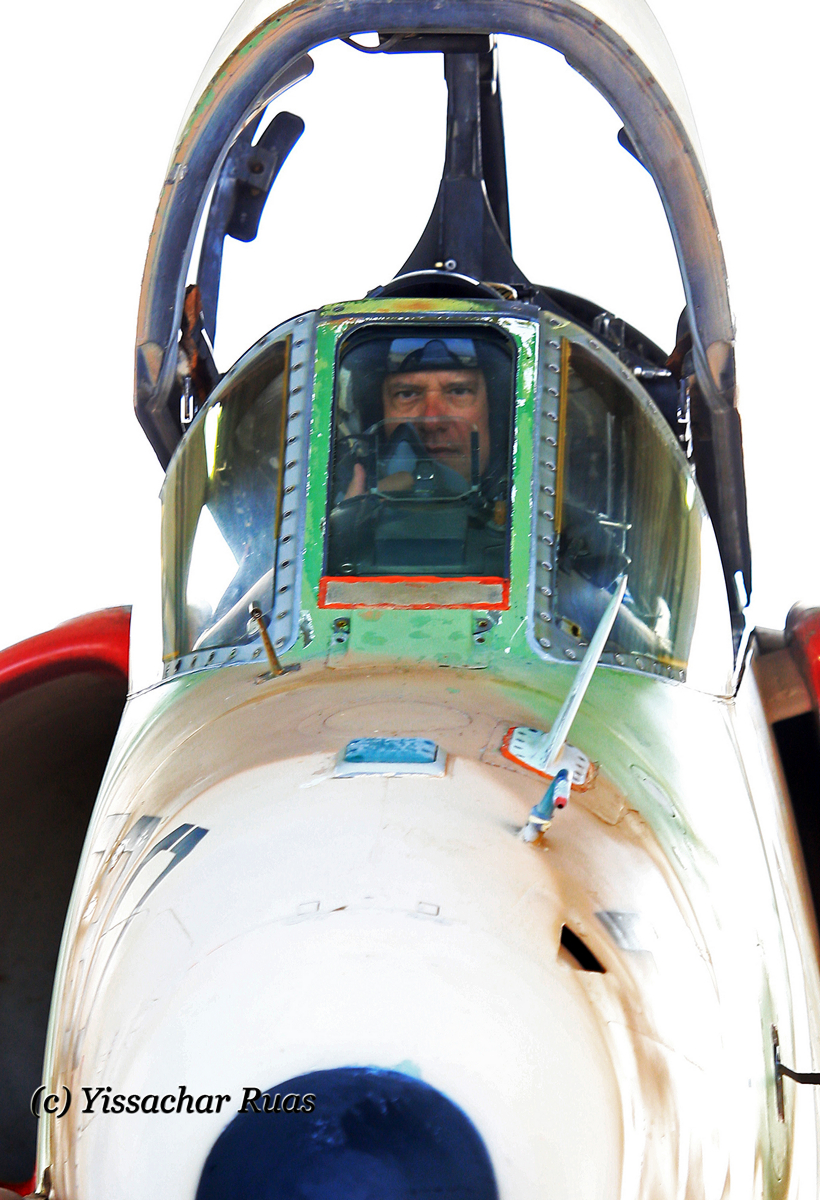