Report and Photography by Yissachar Ruas

Last week the 172nd class of Israeli Air Force Cadets graduated Flight School in Hatzerim AFB. The Cadets received their wings after a grueling 3 years of evaluation, studying and most important of all – Flight Training.

The Graduates are categorized as Israel Defense Force’s most elite, due to this, The IAF takes precedence over other branches of service with regards to recruitment. Between 10-15% of those that start the course make it to the end, and only a fraction of those who began the pre-army evaluations ever make it to the beginning point of the course itself. 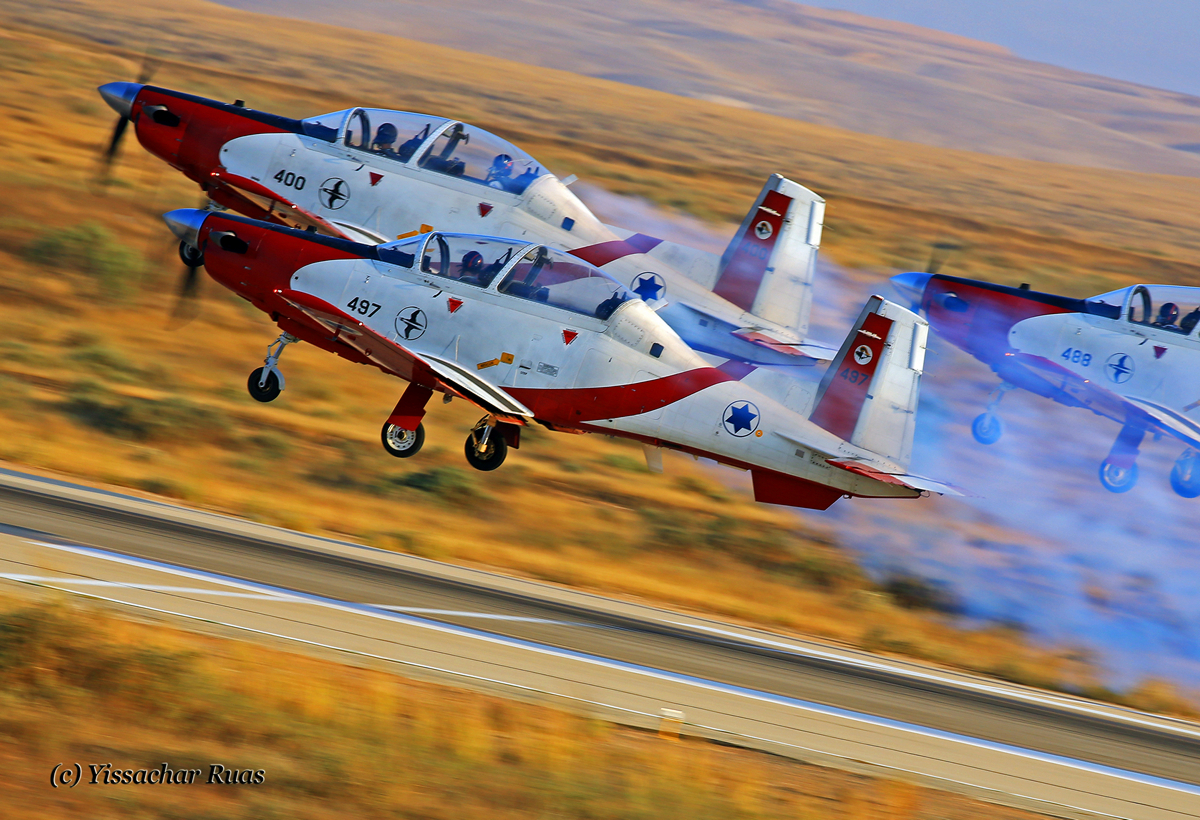 Given its very arduous nature of the course, the elation of graduation is felt all around the Country in the final days leading up to it. As far as media coverage goes, no other Military Event draws as much press coverage.

Every half year another class graduates and every half year photographers from around the country are hitting up any lead they have to get an admission ticket which is by strict invite only, something which adds to the aura of exclusivity. 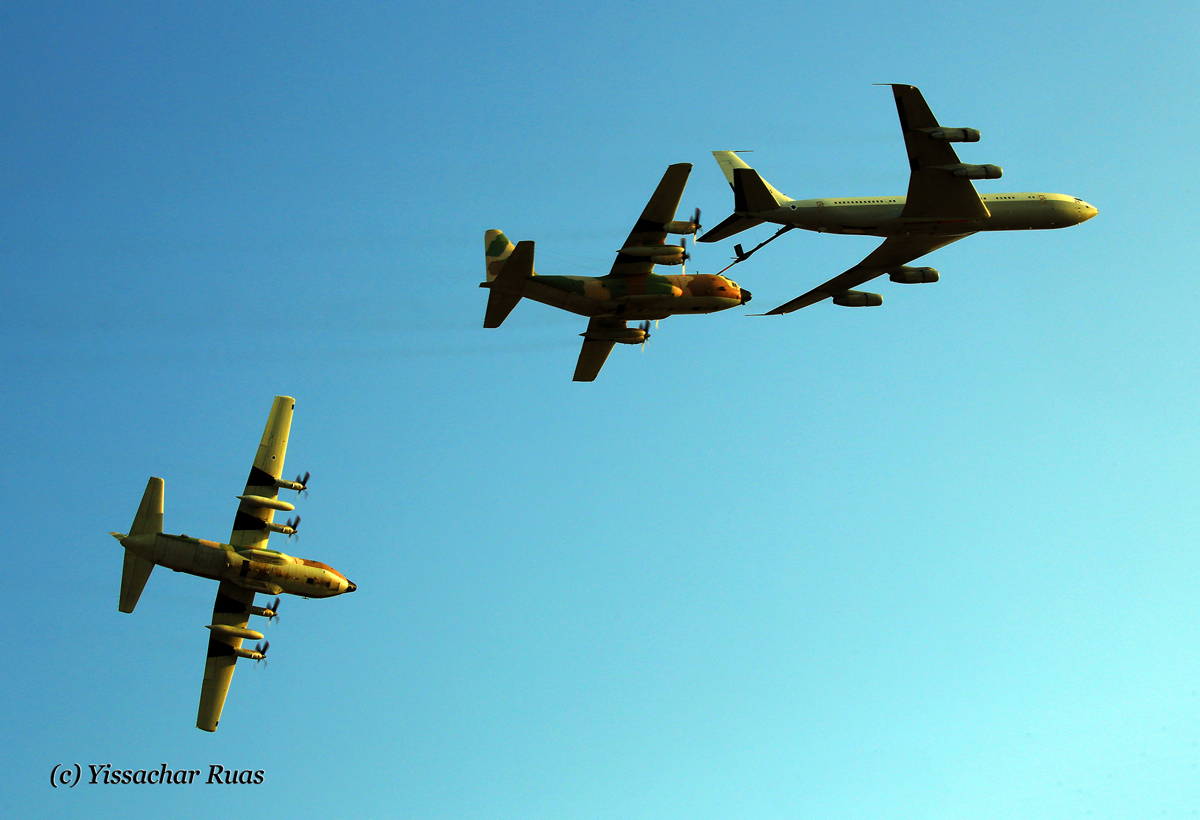 Every graduation has a theme, this year’s theme was the 40 year commemoration of “Operation Thunderbolt” during which, in a daring raid, 4 C-130 Hercules flew 4000 miles from Israel to Uganda and rescued 103 hostages from the clutches of terrorists. The Commander of the Operation, LT Col. Yoni Netanyahu was killed during the raid and the Operation’s name was formally changed to “Operation Yonatan” in his memory. 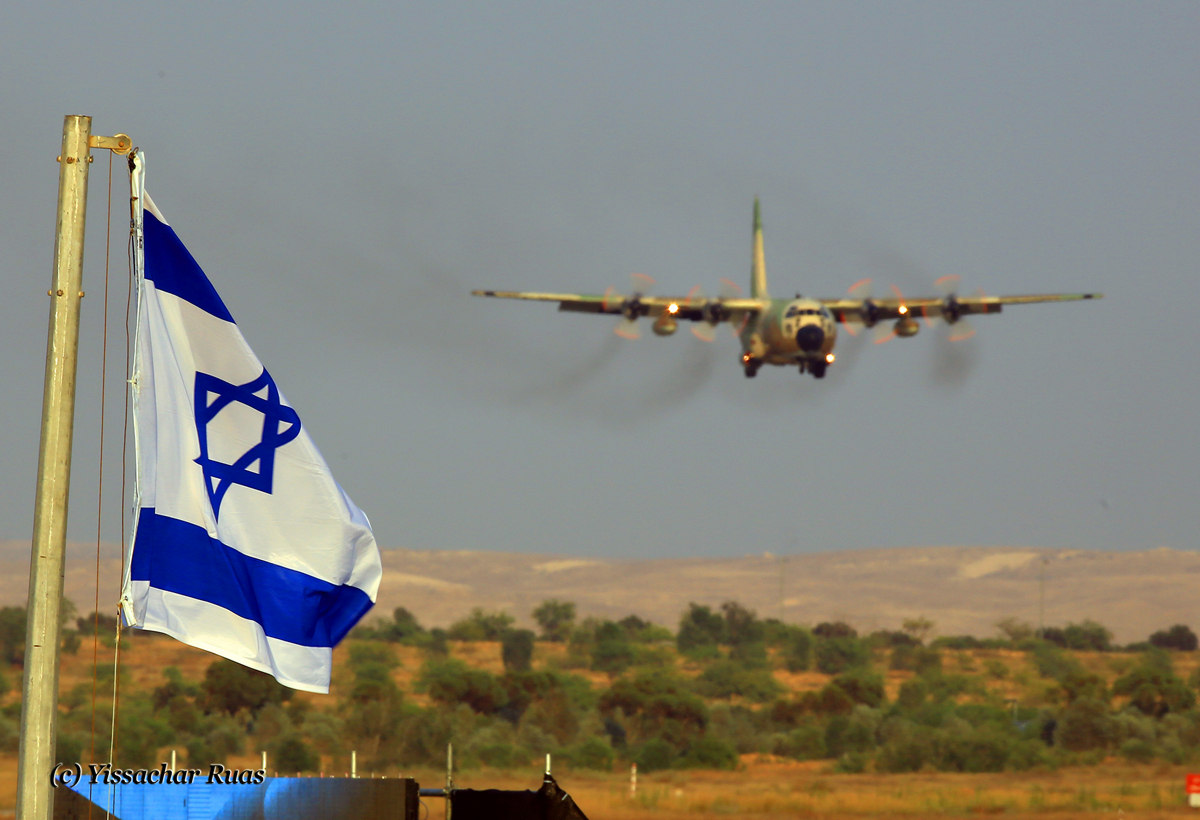 As part of the ceremony, 2 C-130 Hercules flew with a lone KC-707 “Reem”, Hercules SN # 102 then broke off and landed in front of the crowd offloading 2 Jeeps from the IAF Special Forces Unit “Shaldag”. This Herc is one of the original 4 that participated in the raid in Entebbe. 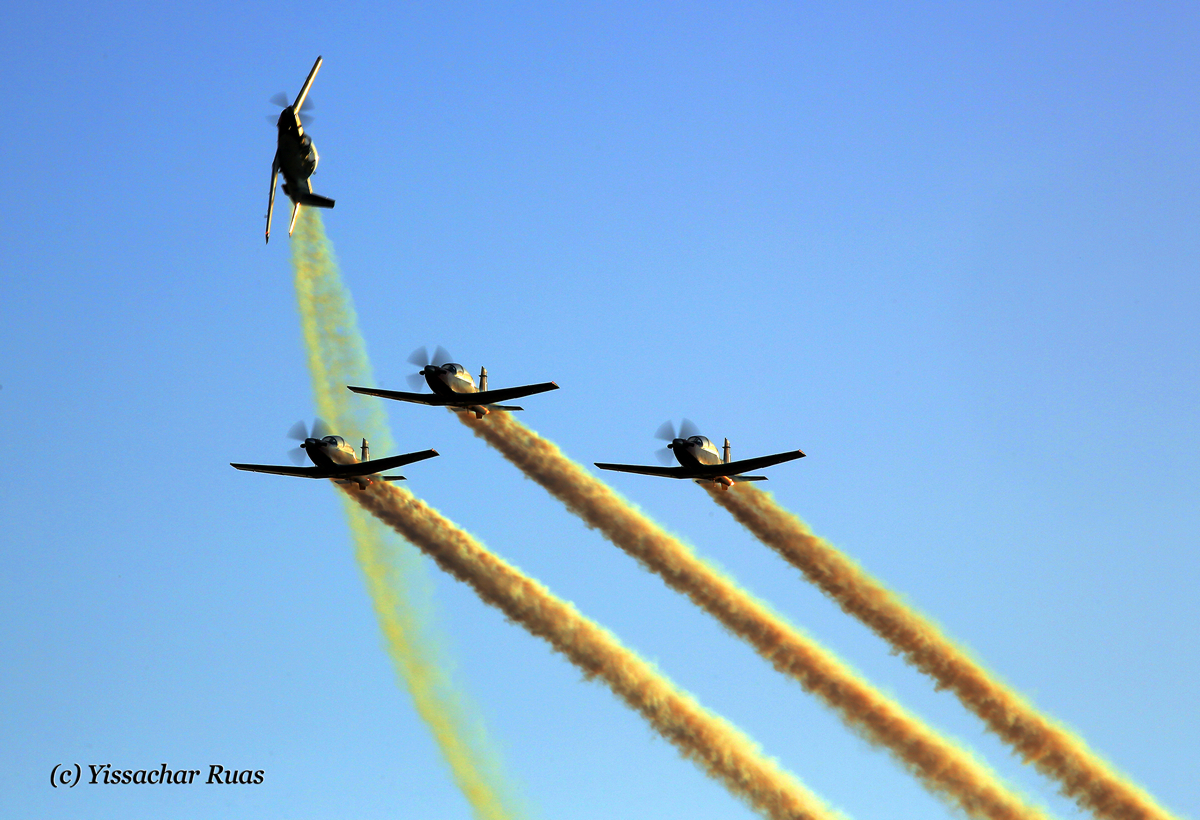 Then came the action part of the show, 4 F-16I Sufas from the Bat Squadron based in Ramon AFB dropped MK 87 “waterbombs” on targets in front of the crowd leading the way for a pair of Apache Longbows to lay down chain gun fire as a CH-53 swooped in and performed a simulated CSAR extraction. 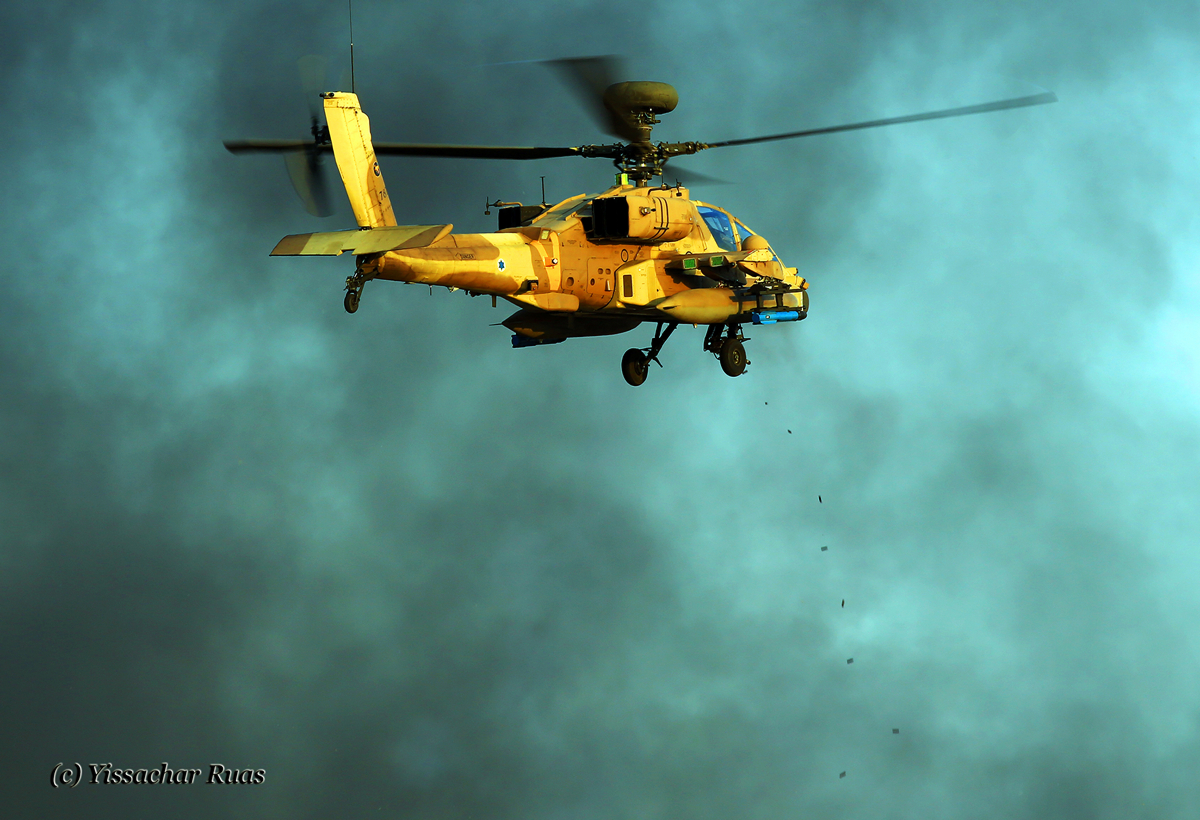 Quite an exciting show, albeit a brief one. Should everything go as planned the IAF’s next big event will be the arrival of the F-35 – hopefully by next year it will be on display as well.

https://www.facebook.com/yruasphoto
Send this to a friend
SUBSCRIBE TO OUR NEWSLETTER
All rights reserved © Aviation Photography Digest, 2021
Subscribe to our FREE newsletter and get notified when new articles are published.
Subscribe
×