HSC-5 Nightdippers: Always Up and Ready to Go

Helicopter Sea Combatron -5 the “Nightdippers” is a US Navy MH-60S Seahawk Squadron based out of NAS Norfolk, Virginia. The Squadron has a wide range of missions, among them – Combat Search and Rescue (CSAR), drug interdiction, personnel recovery, Anti Surface Warfare (ASW) and Naval Special Warfare (Spec ops support). Additionally as most cargo capable elements in the US Military are needed, the “Nightdippers” are also called upon in matters regarding Humanitarian Relief.

With their transition from the SH-60F to the MH-60S the Squadron’s changed their combat code to HSC (Helicopter Sea Combatron) from HS. The new MH-60S provided additional capabilities to smaller ships due to the Seahawk’s capability of landing on smaller ships compared to some of its Navy predecessors such as the Sea Knight. The Sierra Model is predominantly deployed to Carriers, Amphibious ships as well as supply ships while other models such as the new R are deployed to Carriers, Cruisers and Destroyers.

Over the past year the Squadron has performed deployments to Iraq where they served in a similar role to an Air Force RQS squadron providing troop insertion and CSAR capabilities for troops on the ground.

But the “highlight,” so to speak, of the year for the Nightdipper’s has been their deployment to Puerto Rico spearheading ship to shore efforts providing assistance with disaster relief.

In the upcoming year the Nightdippers’ Seahawks will add another weapon to their arsenal, in addition to Hellfire missiles and heavy 20 mm machine gun pods they utilize, the Sierra model will be able to carry 70mm guided rockets in addition to the unguided version it can already carry.

Pilots and Crewmembers we spoke to at the Squadron repeated over and over what a extraordinary feeling they had this year when providing support to Puerto Rico. For many this will have a lasting impression on what it means to provide assistance to those in need.

We were fortunate to visit a Seahawk squadron, the HSC-5 “Nightdippers” and get a feeling of what it is like to do ship based operations with the new helicopter. HSC-5 is commanded by LCDR Nick Schnettler who spoke with us about what this version of the helicopter does. LCDR Schnettler is a veteran Seahawk pilot and has several thousand hours under his belt flying the type.

Schnettler’s Squadron has a heavy workload, not surprising with the list of duties the Seahawk is tasked with. The Squadron helicopters provide SAR (Search and Rescue), Ship Defense, ASW (Anti Surface Warfare), supporting Special Operations and providing personnel recovery.

The Squadron’s helicopters are capable of carrying Hellfire missiles, a 20mm canon or a rocket pod launcher, all of these will be available on the IAF’s version as well providing an additional punch to an already potent weapon system.

When asked what it feels like to get called upon for Search and Rescue missions and his experience on the matter, LCDR Schnettler says “The last few times ive done it magically the helicopter flies a little faster, there is a feeling of excitement but people are quite serious as well”. Following the first few seconds of excitement Schnettler says that pilots and crewmembers kickback to their training which is often with regards to SAR and ASW.

Additionally the Seahawk folds up relatively easily compared to a generic Blackhawk, something which makes it easier when ship based. According to LCDR Schnettler the smaller the ship the more capabilities the Seahawk can enhance the ship with whether “looking forward” with its radar or being able to launch on short notice in order to provide fire support.

Chief John Hinerth is the Maintenance Officer for the Squadron, he states that typically it is harder to maintain the platform at sea due to the saltwater environment which can pose a challenge to any airframe exposed to these conditions. Additionally since the Seahawk has so many more capabilities than a regular Blackhawk, although it easy to change the mission “like lego” all the different systems have to be ready all the time which makes it a bit more challenging according to Hinerth.

We also met with Lt. Julia Zuk who is from a “Navy Family” with an uncle, cousin and grandfather who are all naval aviators, she felt she liked the culture the pride and ultimately the job of a naval aviator and felt to her as a natural choice. As with many US service personnel events of the past year supporting disaster relief in Puerto Rico have had a big impact on how she views the importance of her job and mission.

The Nightdippers allowed APD to spend a day in the Squadron at NAS Norfolk, which provided us with some insight to the Nightdipper’s daily routine. I had the privilege of joining a short mission to the USS Abraham Lincoln. We briefed early in the morning with one Seahawk joining the “Abe” to provide SAR assistance while our helo was tasked with returning the Norfolk Harbour navigator back from the nuclear powered Aircraft Carrier.

While some of the tasks may be considered mundane, as is the life in a high tempo squadron, the Men and Women of the Squadron are always on alert. We arrive at the “Abe” with an empty deck, while we pick up the Navigator, our sister Seahawk is getting ready to orbit in order to provide SAR cover for the 50 odd aircraft about to arrive on the Carrier’s deck. Procedures arriving and departing the Carrier are very strict, this amount of activity requires a lot of attention from everyone involved including our crew.

Following the recovery of the Navigator, we are on our way back to Norfolk while the Squadron adds another contingent of support for yet another US Navy deployment. Regardless of the mission be it personnel recovery, Combat SAR or Humanitarian Relief the Nightdippers are up for any task.

***Special thanks to Mike Maus and Navy Public Affairs for their assistance with this article.*** 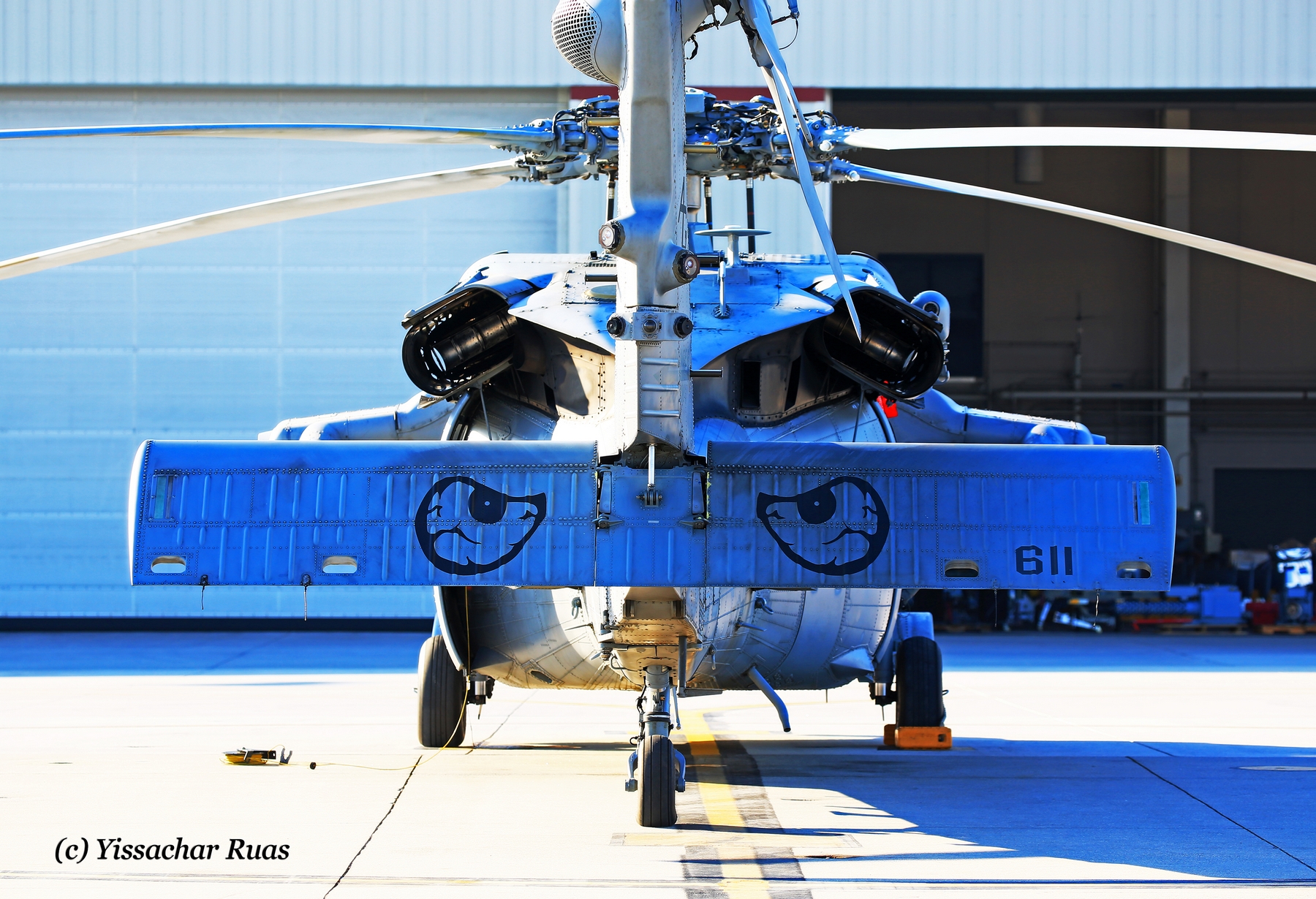 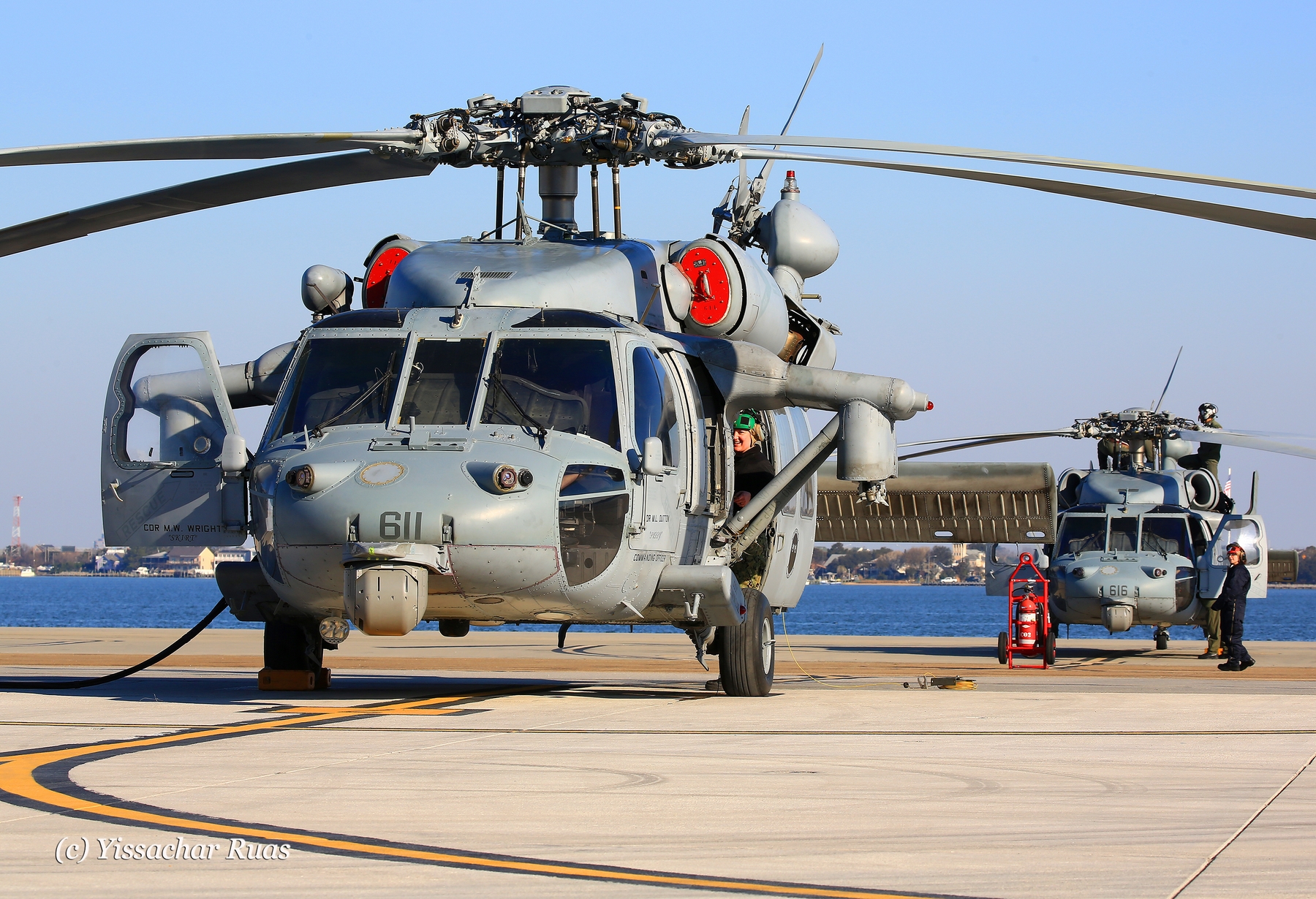 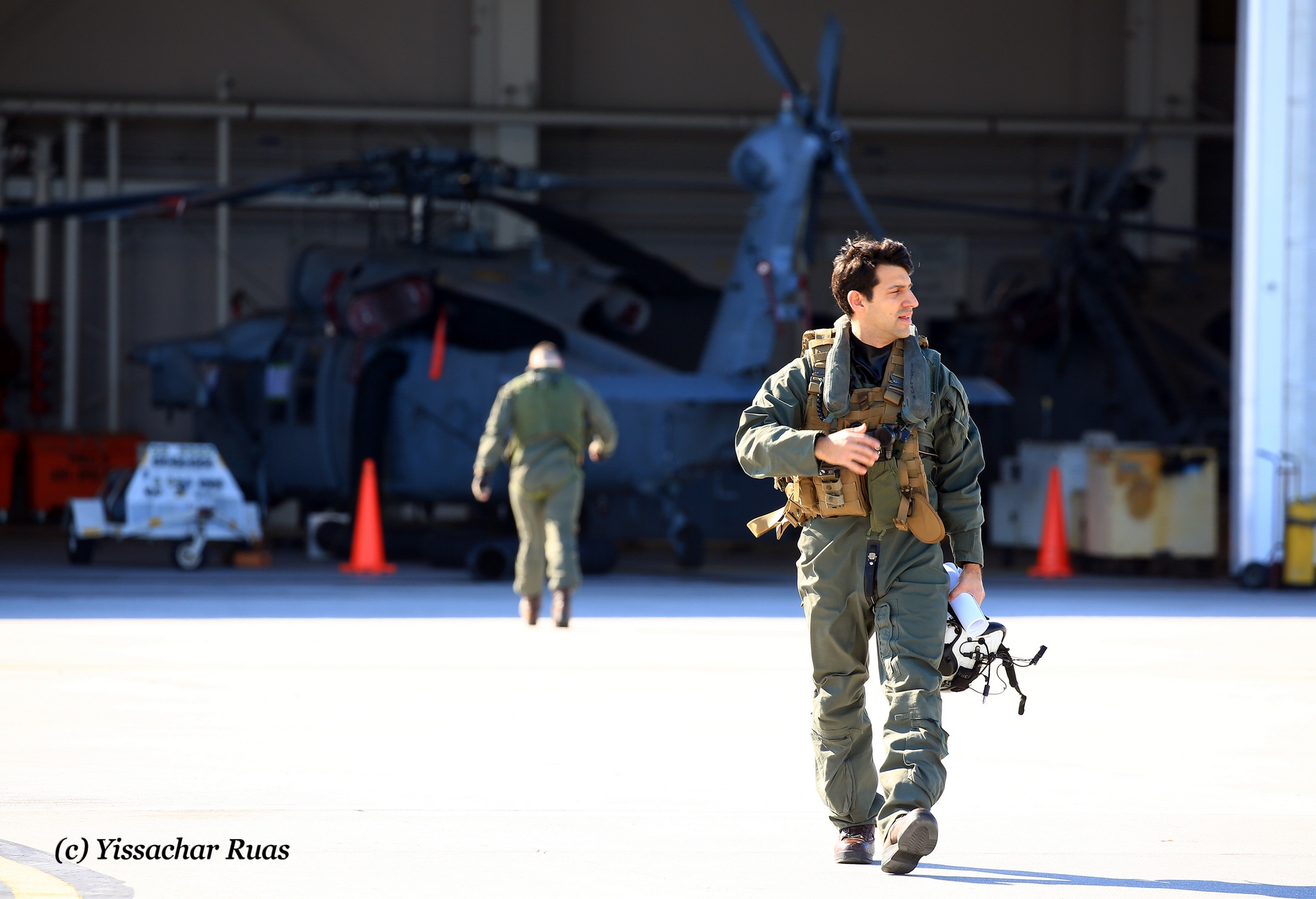 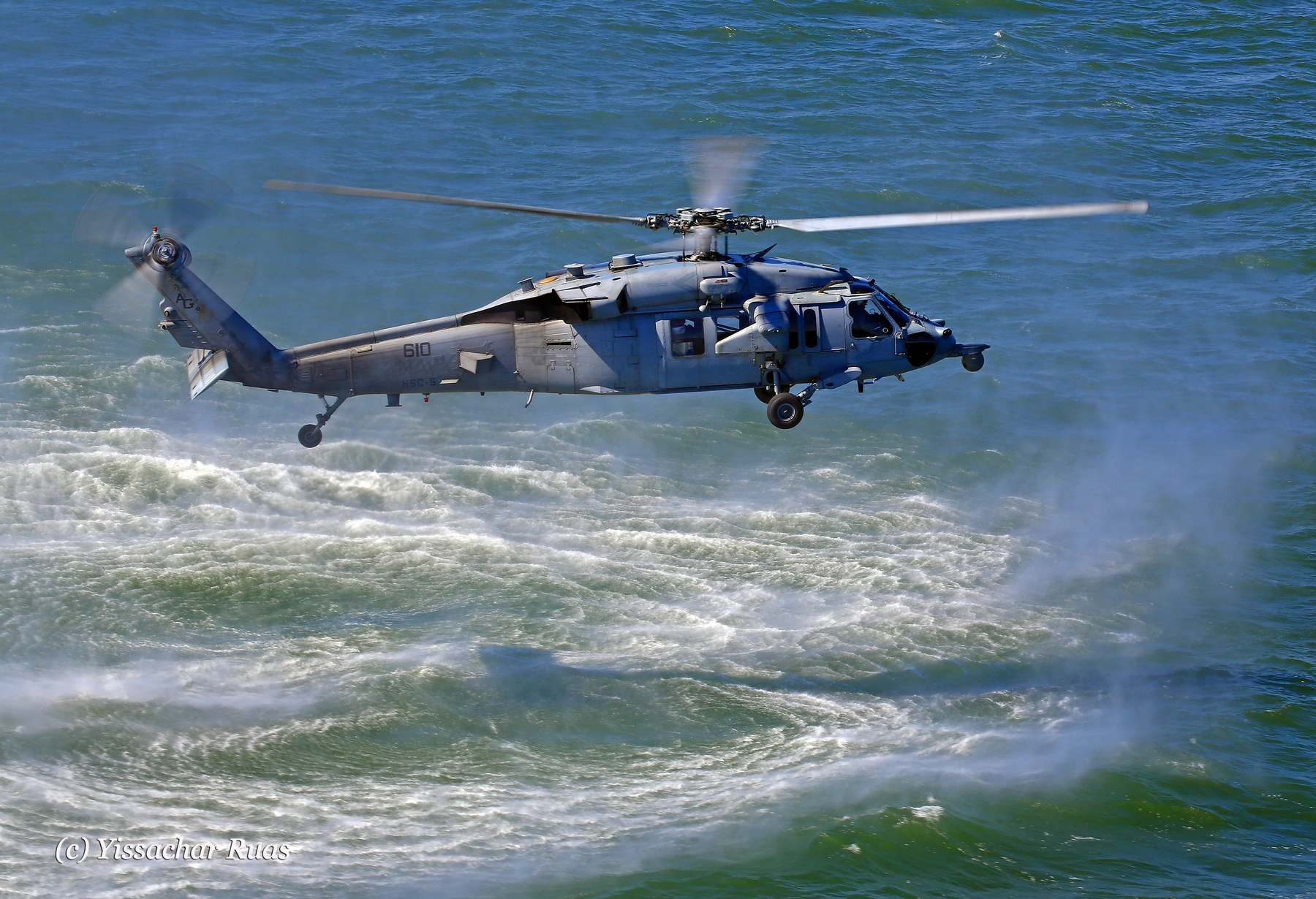 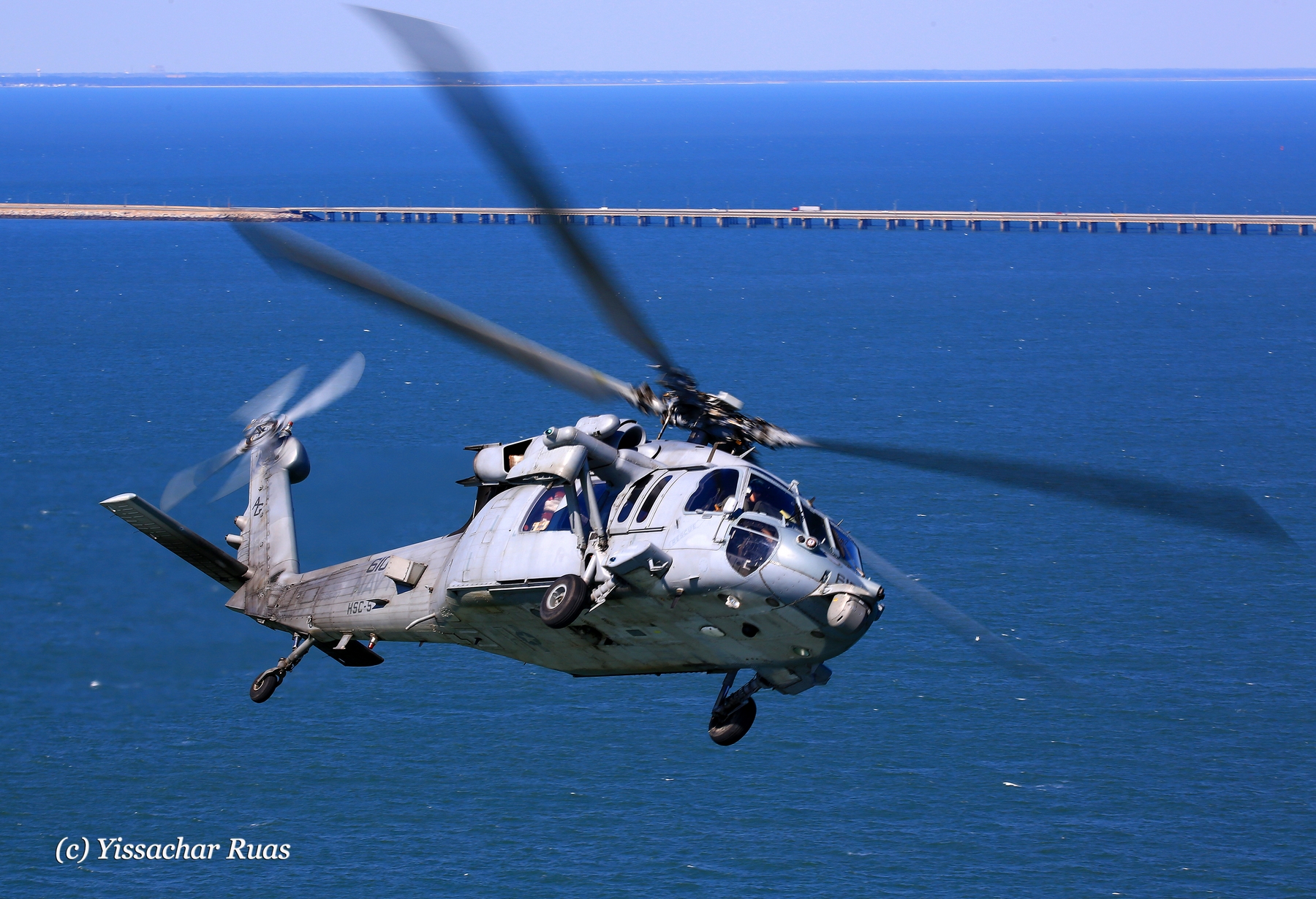 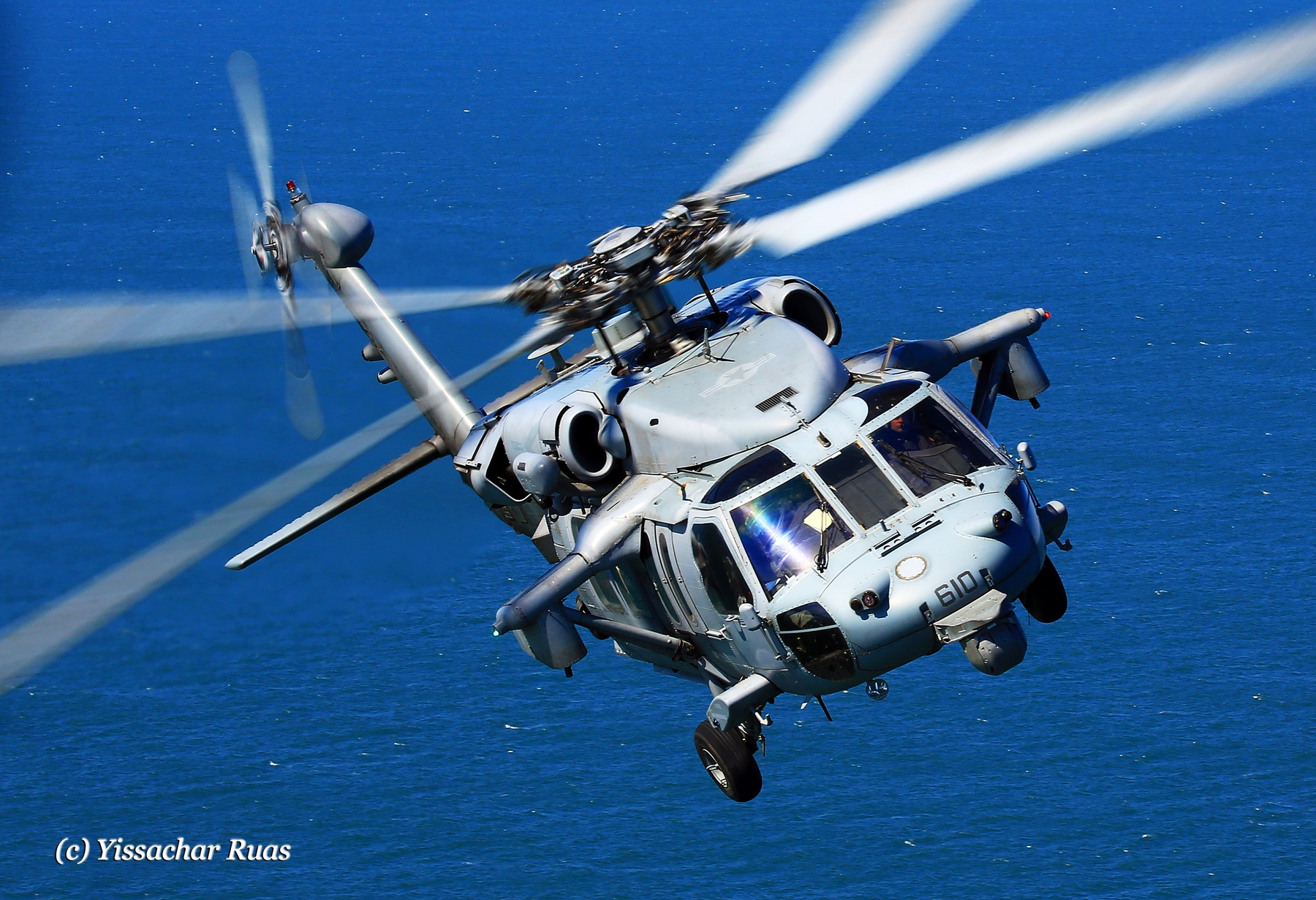 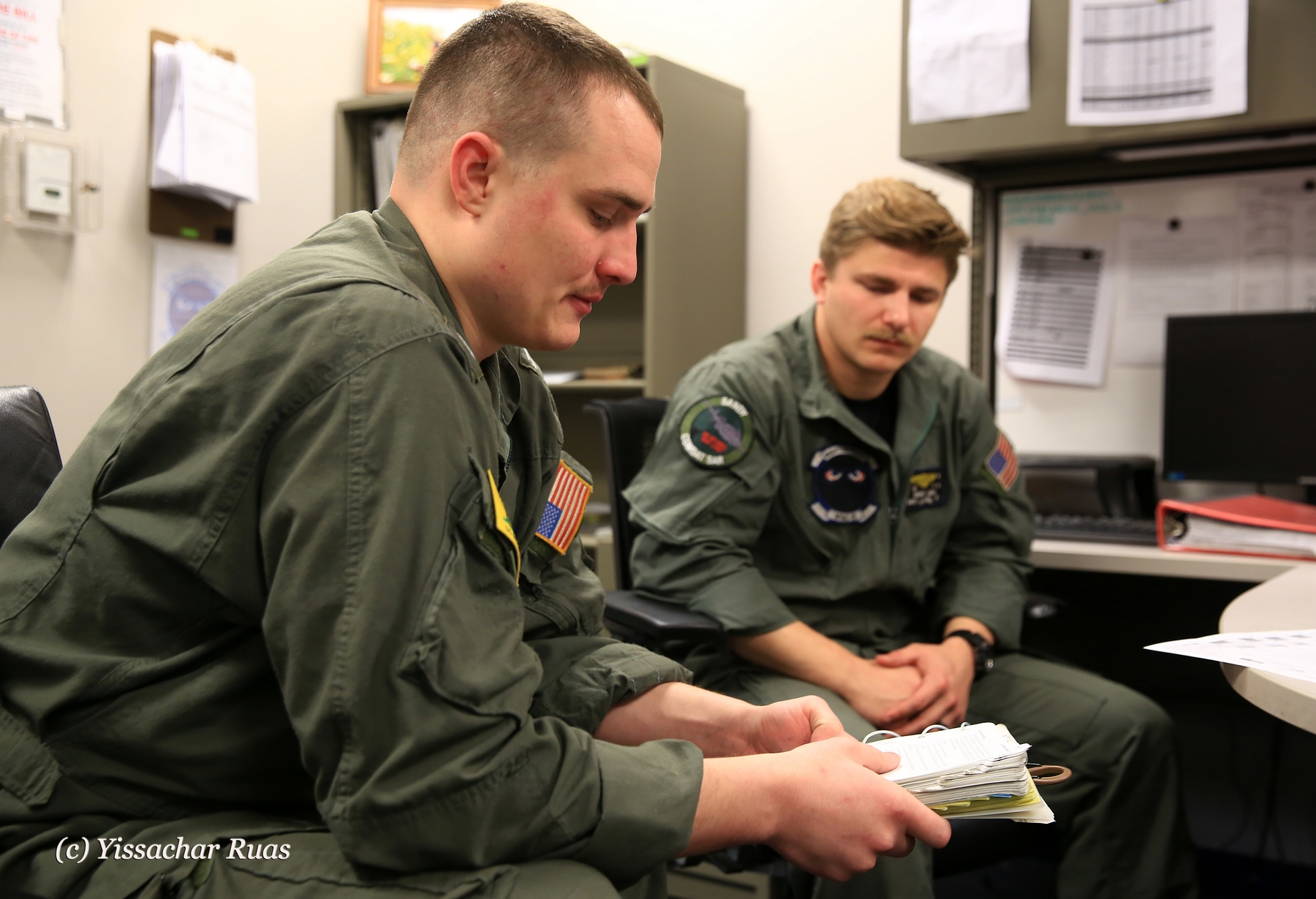 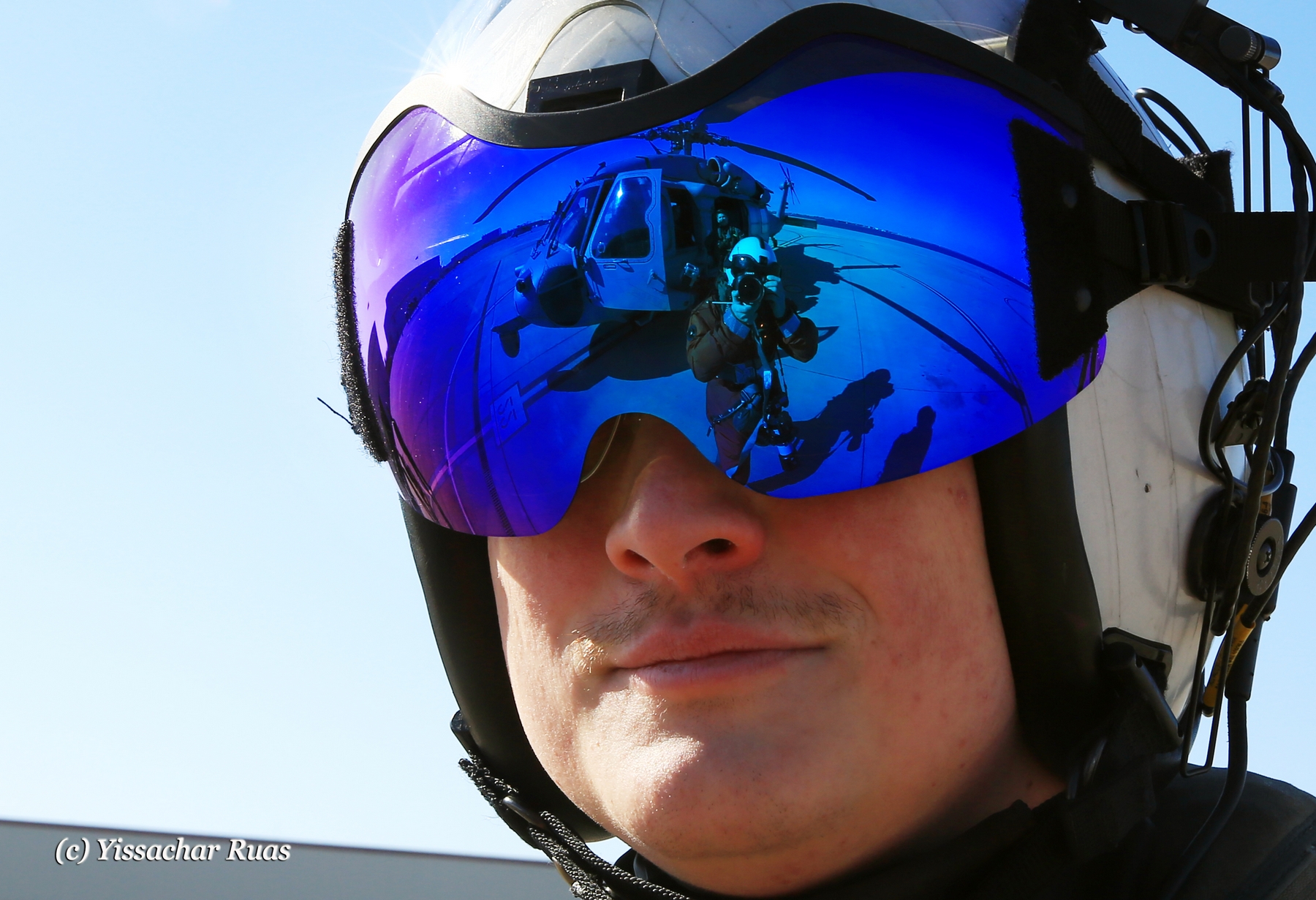