Over the years the US Marine Corps. has been known as a force that gets more done with less available resources.  In comparison to other branches of service like the Air Force or the Army, Marines have always been considered much more cost effective. In recent years this presumption is changing fast, much of Marine Aviation has received a significant upgrade with the introduction of the MV-22 and the F-35B, the Marines now own 2 of the most advanced systems in the theatre of operations. Additionally the USMC will start producing a new amphibious vehicle in 2018.

Having seen ground combat up close in recent years I was keen to find out how Close Air Support (CAS) was conducted by an organic force.

Marines Operate as an organic force, which means that at the battalion level they can field tanks, infantry, close air support and a variety of other combat tools, whether in the air land or sea, they are a self-sufficient combat force. While the USMC is probably as much on par technologically with the USAF and US Navy than it has ever been before, some areas of the force from the outside seem to be similar to the US Forces operating in Vietnam in the 1960s. 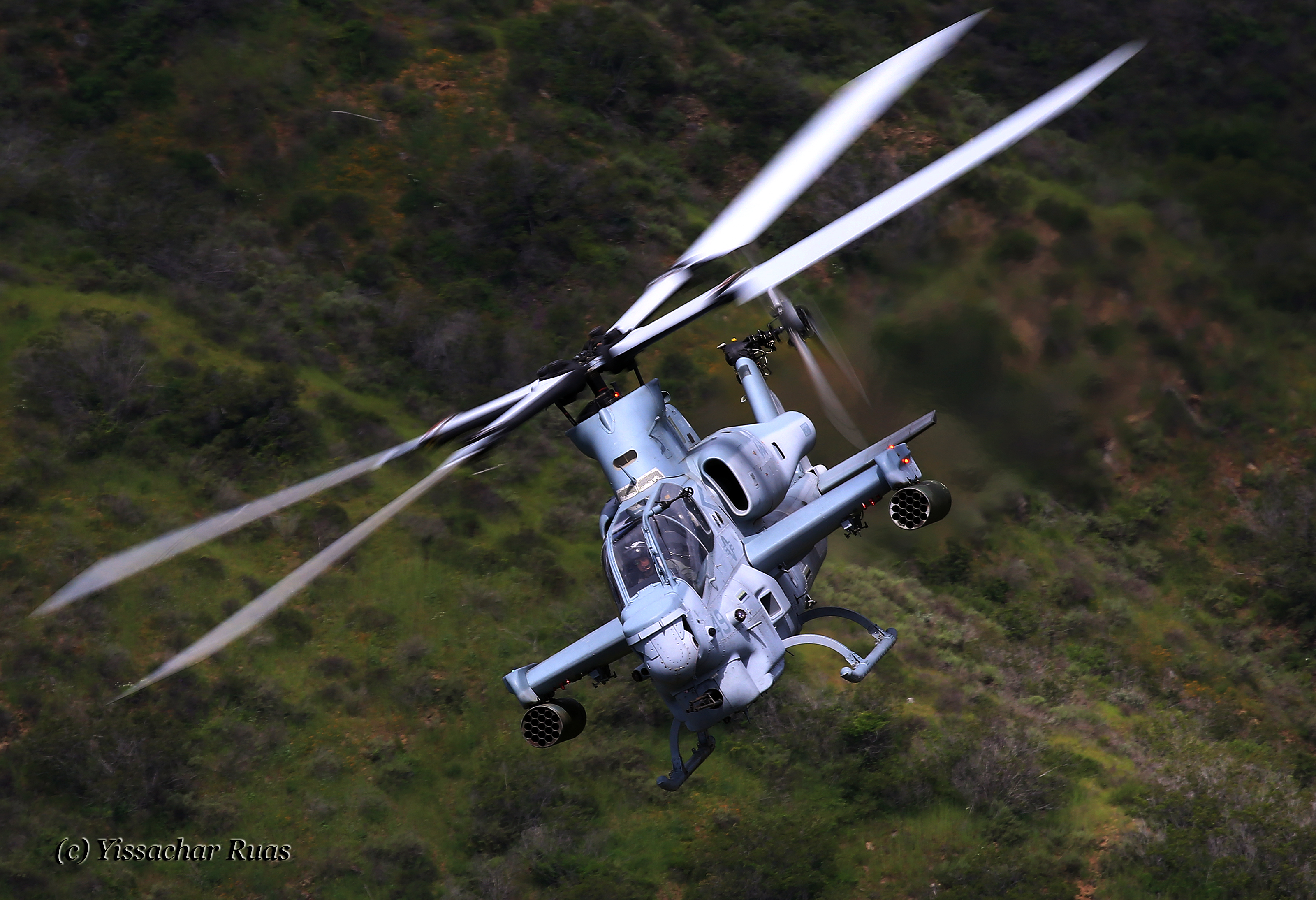 I joined a Marine helicopter squadron’s day of operations supporting an infantry unit in simulated combat in Southern California. While Southern Cal may have in the past reminded the forces of the Desert complexion of Iraq and Afghanistan, following a pretty decent year of rainfall, the area surrounding their home base Camp Pendleton is looking more lush and green than it has been in years.

The squadron I joined, HMLA 369 is a Marine Light Attack Squadron which means it operates both the UH-1Y Venom or “Yankee” as it is affectionately called as well as the AH-1Z better known as “Zulu”. Known as the “Gunfighters” this squadron was established in 1972 as the Vietnam War was winding down. From then to this day, this squadron has performed the same mission with almost the same basic type aircraft. Although Vietnam may have been a different war, the wars of today in Afghanistan and Iraq demand the same basic skill set from its Marines, Air and Ground crew alike.

The CAS mission I am slated to join is supposed to be relatively simple – provide close air support for the 3rd Battalion Marines also known as the “Darkhorse” and lay down cover fire and observational support when needed. The Darkhorse  Battalion was established prior to WW1 and their name is synonymous with battles such as Guadalcanal in WW2 and Da Nang in the Vietnam War. 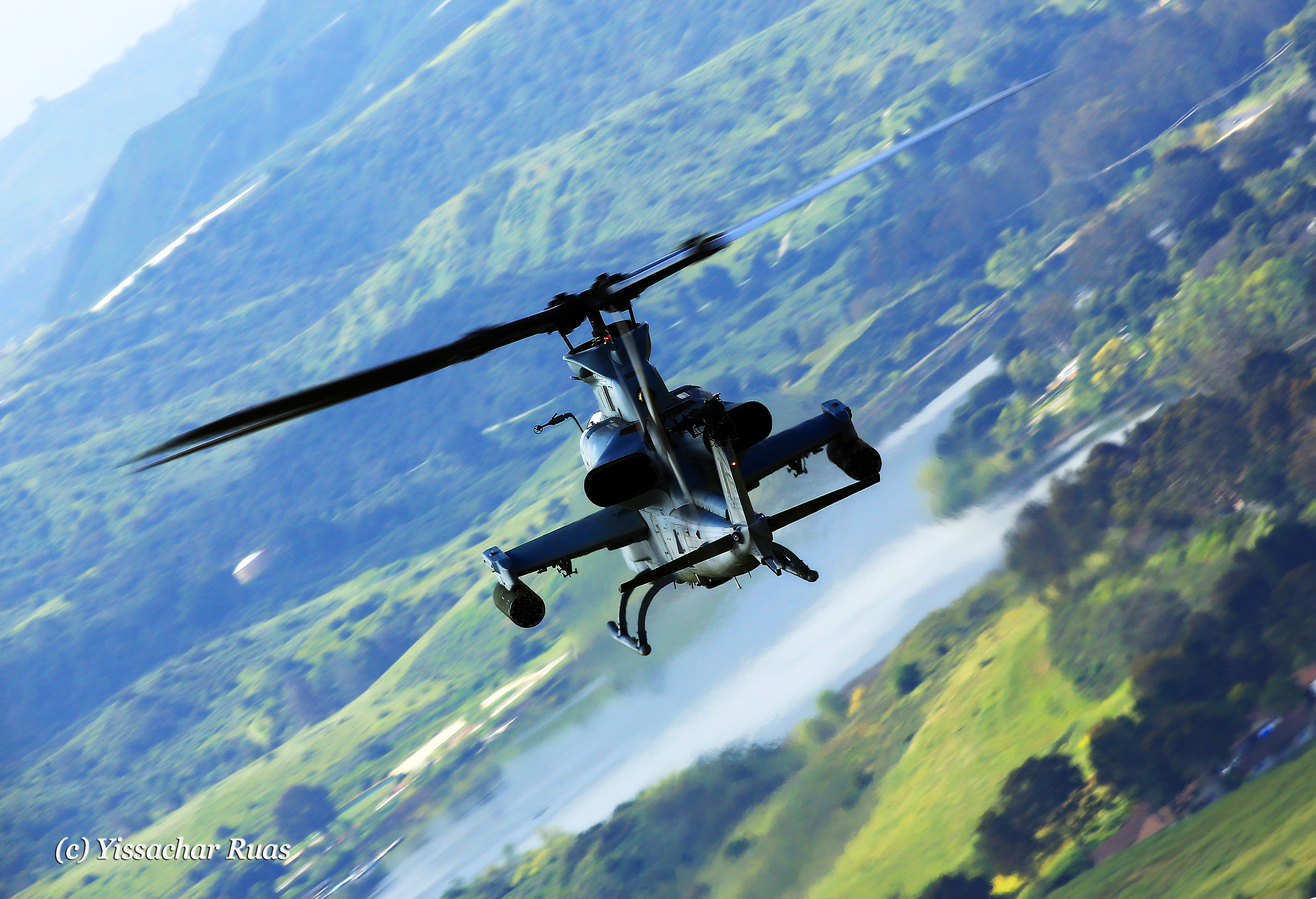 Following the mission brief we make our way to Camp Pendleton’s sprawling tarmac littered with just about every type of vertical landing craft that exists in the Marine Corps., a seemingly endless line of Zulus and Yankees are our destination for the morning run. Although both the Yankee and Zulus forefathers fought in the Vietnam war, the helos the Gunfighters operate today may look very similar on the outside, but inside they are cutting 21st century technology.

We take off in formation with the Cobra flying lead, we are heading to California’s Southern Coast to the point “our Marines” have landed. Very soon it becomes apparent that just like in real combat, we weren’t given accurate information. While flying over the beach, we cant spot any Marines at the designated LZ.

The lead pilot is constantly checking with Battalion HQ and Squadron Operations for a “fix” on where the infantry is located. Following quite a bit of back and forth we head inland since it seems the Marines had moved quite a bit forward from where they were initially expected to have progressed. 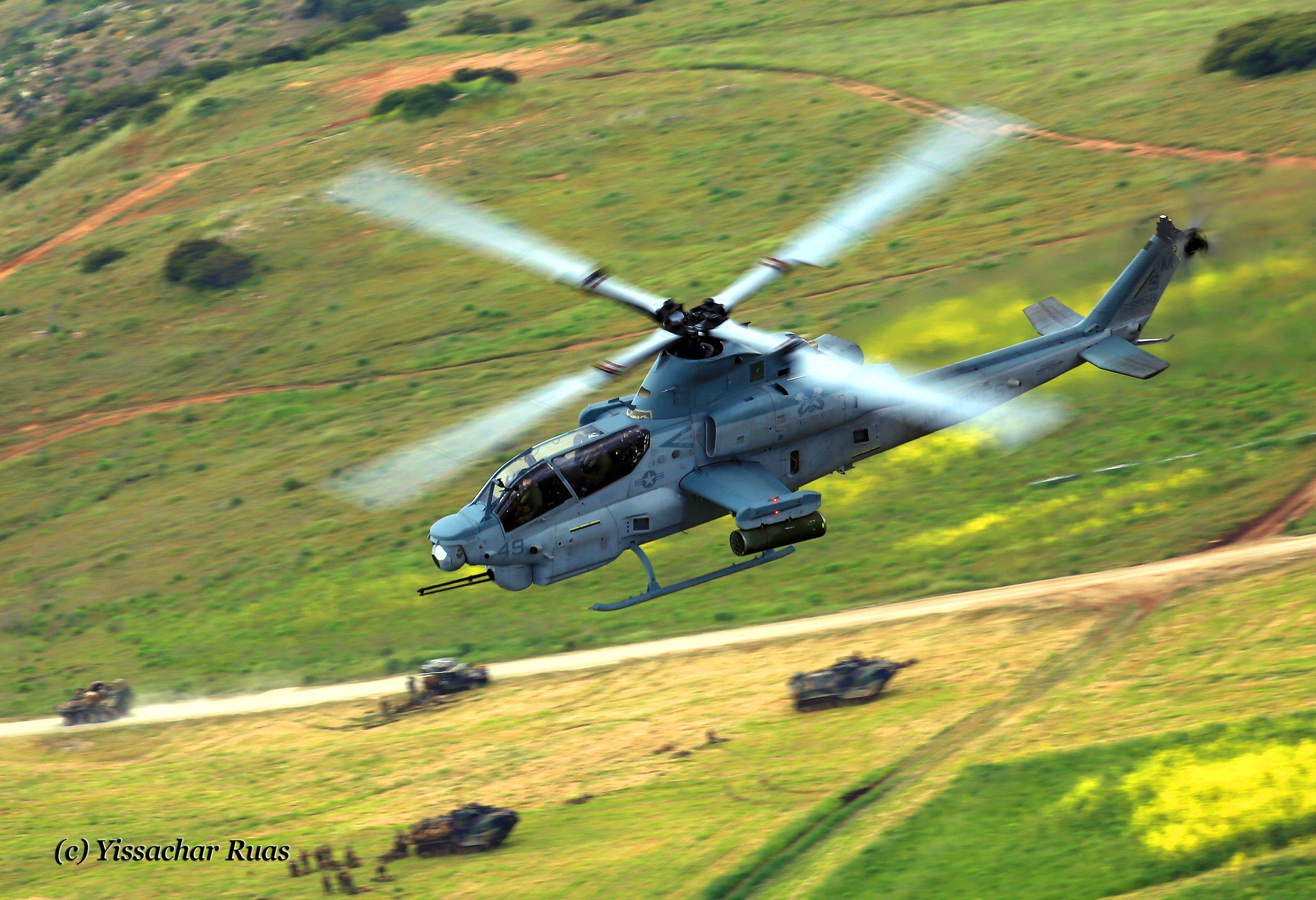 Once the lead Cobra pilot gets a beat on them, we are heading out to support them. As we get closer to the Battalion, we start to see quite a bit of activity on the ground, lots of Hummers LTVs ATVs and even tanks are spotted. I can hear the lead pilot engaging with the troops trying to make sense on the fly of what the battle picture looks like.

Attached to the Battalion is a Marine known as a Joint Terminal Attack Controller or J-TAC for short. The JTAC’s job is to provide coordination between the ground element and the units in the air to deliver weapons on enemy positions at close contact. Our element is directed by the JTAC to deploy its weapons at enemy positions prior to the Battalion charging it. The conversation is very fluid in making sure the Air element identifies the target accurately. Once weapons are exhausted we head back to base with another successful training mission for this “Gunfighter” crew. 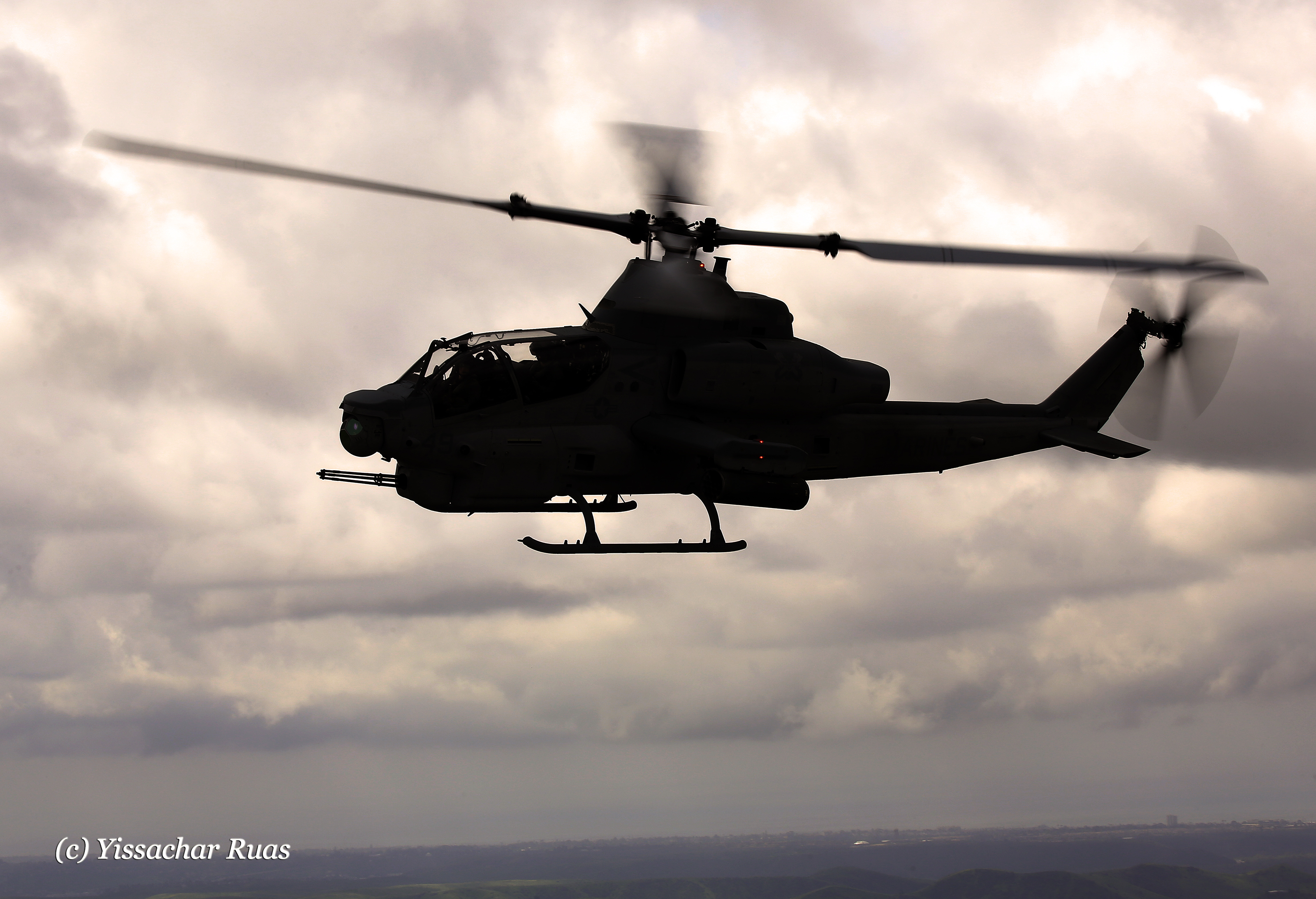 Once back at Camp Pendleton I get the chance to speak briefly with one of the newest “Gunfighters – 1st Lt. Alexander Kovensky, a New Jersey Native with a strong sense of duty. Kovensky dreamed of becoming a Marine Pilot as a young boy, 9/11 was very much a tipping point in pushing him in that direction. Lt. Kovensky is fresh out of HMLA 303 the Cobra training squadron, he is one of the Gunfighter’s younger aviators.

He notes that the first time he fired the Cobra’s 30mm cannon was when he felt the long rode he took to becoming a USMC Aviator was finally paying off dividends.

The Gunfighters may have a veteran soul, but they definitely have some young hearts to keep the juices flowing.

Special thanks to the Camp Pendleton PA – Captain Adibe and Lt. Harrison