These aircraft replaced the fleet of the remaining A-7 Corsair IIs, which were retired from active service in October 2014 and were the last aircraft that Greece ever purchased. This last batch of the most advanced F-16s in Europe were gathered in Araxos Base (near Patra city), equipping the 335 Sq “Tiger” alongside with the 336 Sq “Olympos” of the 116 Combat Wing, the final operators of the A-7 Corsair II and the oldest and most famous squadrons in the HAF.

The 335 Squadron “Tiger” is the oldest squadron of the Hellenic Air Force, as it was established when Greece was under German occupation, in October 1941 at the Palestinian airport of Akir. The Squadron was initially equipped with Hurricanes. In October 1953 it became the first squadron that replaced its propeller aircraft with jets, the F-84G and the RT-33A types. In May 1965, it received the legendary F-104G Starfighters aircraft which kept them operational until May 1992. On April the 3rd, 1993, the Squadron received the A-7 Corsairs II which were kept flying until 2008 when operations were temporarily suspended in preparation for the acceptance of the modern F-16.

The 336 Squadron “Olympos” was established on the 25th of February 1943 in Cairo, Egypt and it was also equipped with Hurricane aircraft. The Squadron followed the exact steps of its “sister” squadron and in 1953, it received the F-84G and 5 years later it transitioned to the newer F-84F. In 1965, the Squadron also received the F-104G aircraft which was flying until March the 31st, 1993. The Squadron received also the A-7 Corsair II and was the last one to withdraw it. Since March 2008, when the deactivation of its sister squadron took place, the 336 Sq received all the remaining Corsairs, becoming the last Corsair squadron in the world. The retiring ceremony took place on the 17th of October 2014, marking the end of another legendary aircraft, the famous SLUF.

The F-16 Fighting Falcon is without any doubt one of the most successful fighters in aviation history. It is known for its unique and proven capabilities in many battle theatres throughout history.

The main components of this advanced F-16 version which offer superior capabilities in relation to all the previous versions are the radar APG-68 (V)9 which is closely related to the mission computer MMC-7000, the self protection system ASPIS II, the CFTs and the most important one, the Link 16.

The last one constitutes a power multiplier since it can offer a complete tactical image of all the air and surface means of weapons of either friends or foes. The Link-16 is the newest way of transmitting information data. This way of data transmission is not affected by radio jamming and can transmit a huge amount of information in a split of a second.

Both pilots and ground crews have, after all these years, fully exploited the advantages of this newer and most capable version of all the Greek F-16s. Worthy mentioning is the fact that during last year’s Iniochos exercise, the aircraft of the 335Sq achieved the most air -air kills amongst all participants, including the AESA equipped F-16 Block 60 of the UAE.

An important asset of these newer models is the Portable Flight Planning Software (PFPS). It’s about a mission design programme compatible with Windows which offers the pilots the ability to prepare with every tiny detail their mission profile on the ground. With this programme, each pilot can upload dozens of information in order to make each mission as successful as possible. From fuel planning up to certain altitudes where the pilot has to release the JSOW or the JDAM weapons. The pilots have this specific “disc”, called Data Transfer Cartridge (DTC) which uploads all these data to the mission computer MMC 7000.

The pilots of both squadrons wear new JHMCS helmets along with NVG (Night Vision Goggles), while these modern fighters have the ability to deliver newer and more advanced weapons. The IRIS-T or the AIM-120C-7 and smart bombs like the EP2 or the GBU-31 JDAM, the AGM-154C JSOW (Join Standoff Weapons) comprise the main weapon inventory of both squadrons.

The DB-110 was designed in the 90s by the company Itek Optical Systems which was producing the Senior Year Electro-Optical Reconnaissance System (SYERS) for the U-2s. This second generation DB-110, was derived from the RAPTOR system which was destined for the fleet of Tornado GR.4 of the RAF manufactured by the Goodrich Surveillance & Reconnaissance Systems, a member of the UTC Aerospace Systems group.

The HAF chose this system in 2005 and the main reason for this selection was the fact this particular pod had already been tested and certified by the Polish Air Force on its newly received F-16 Block 52+s. This particular pod has the advantage of sending digitally all the information that it is collecting to ground in real time.

The coating of this distinctive “Ghost” camouflage of the Greek F-16s is called “Have Glass”, with a radar-absorbing paint capable to reduce the aircraft’s Radar Cross Section (RCS).

The paint included in this “Have Glass” coating is called “Pacer Gem” equipped with RAM (Radar Absorbent Material) made of microscopic metal grains that can degrade the radar signature of the aircraft. This material alters the appearance of the paint visually. It is very rough to the touch and contains shiny flakes, almost like metal flake paint.

This new technology, which is used on these later airframes, marks the evolution of the “Have Glass” program. The 50s wear the first generation while the rest 52+s and 52Ms wear the second and third generation respectively.

On the Block 52Ms this “Have Glass III” coating is much cleaner, but on the earlier Block 52+s and Block 50s , the respective ‘Have Glass II” and “Have Glass I” coating has, after all these years, resulted in a distinctive grey and weathered camouflage.

From the 1970s lightweight fighter concept, the F-16 Fighting Falcon has become one of the heaviest single engine fighters in aviation history through its evolution. This unique aerodynamic design has become the backbone not only of the USAF but also of many other countries worldwide including the HAF.

The introduction of the more sophisticated Block 52+s versions into the Hellenic Air Force arsenal alleviated it’s capabilities to operate without any limitation day or night regardless of any weather condition and attack targets farther with greater accuracy than ever before.

This masterpiece of aerodynamics with its innovative characteristics has become one of the most successful fighters in the history of aviation, destined to serve many forces for years to come, including the HAF! 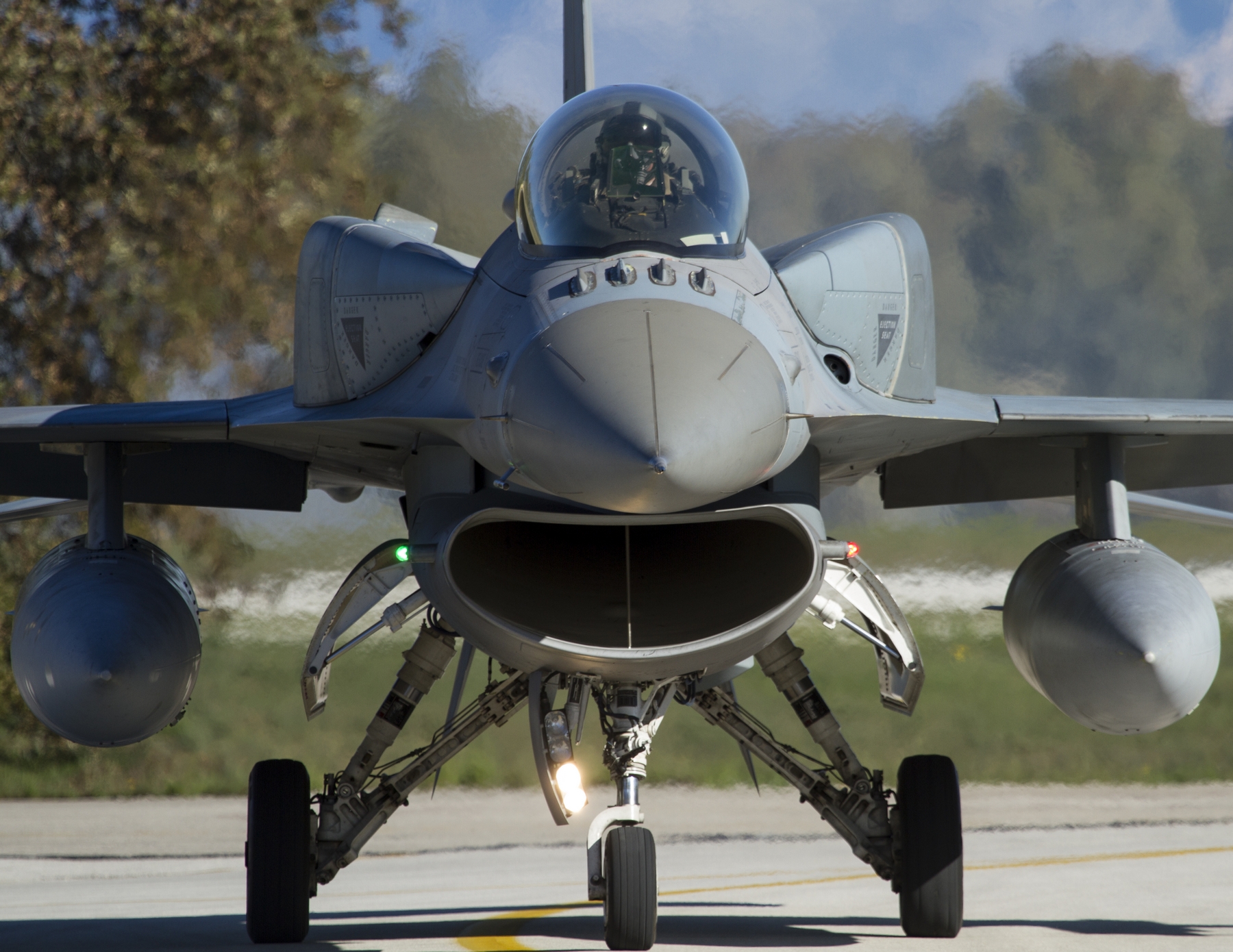 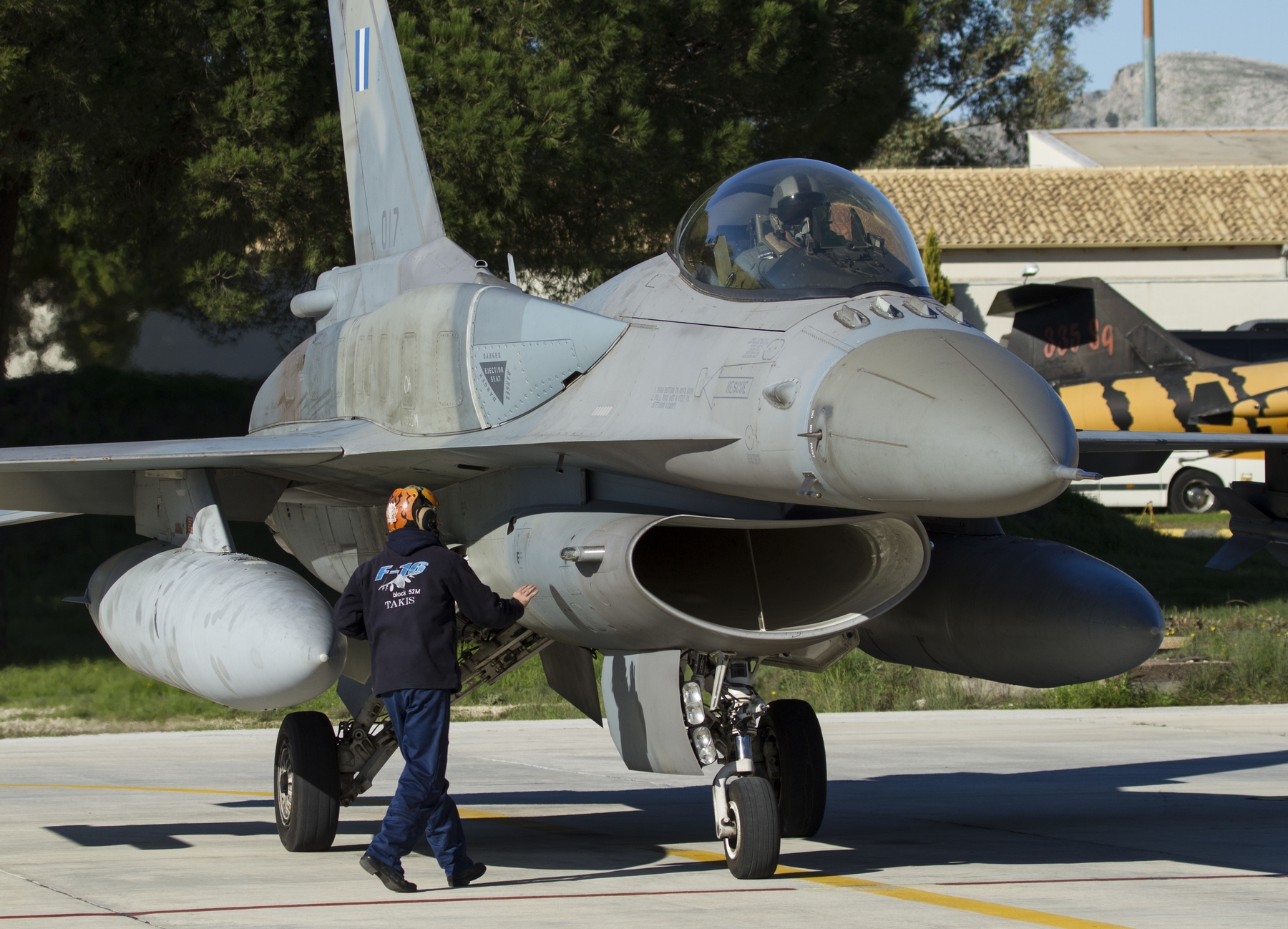 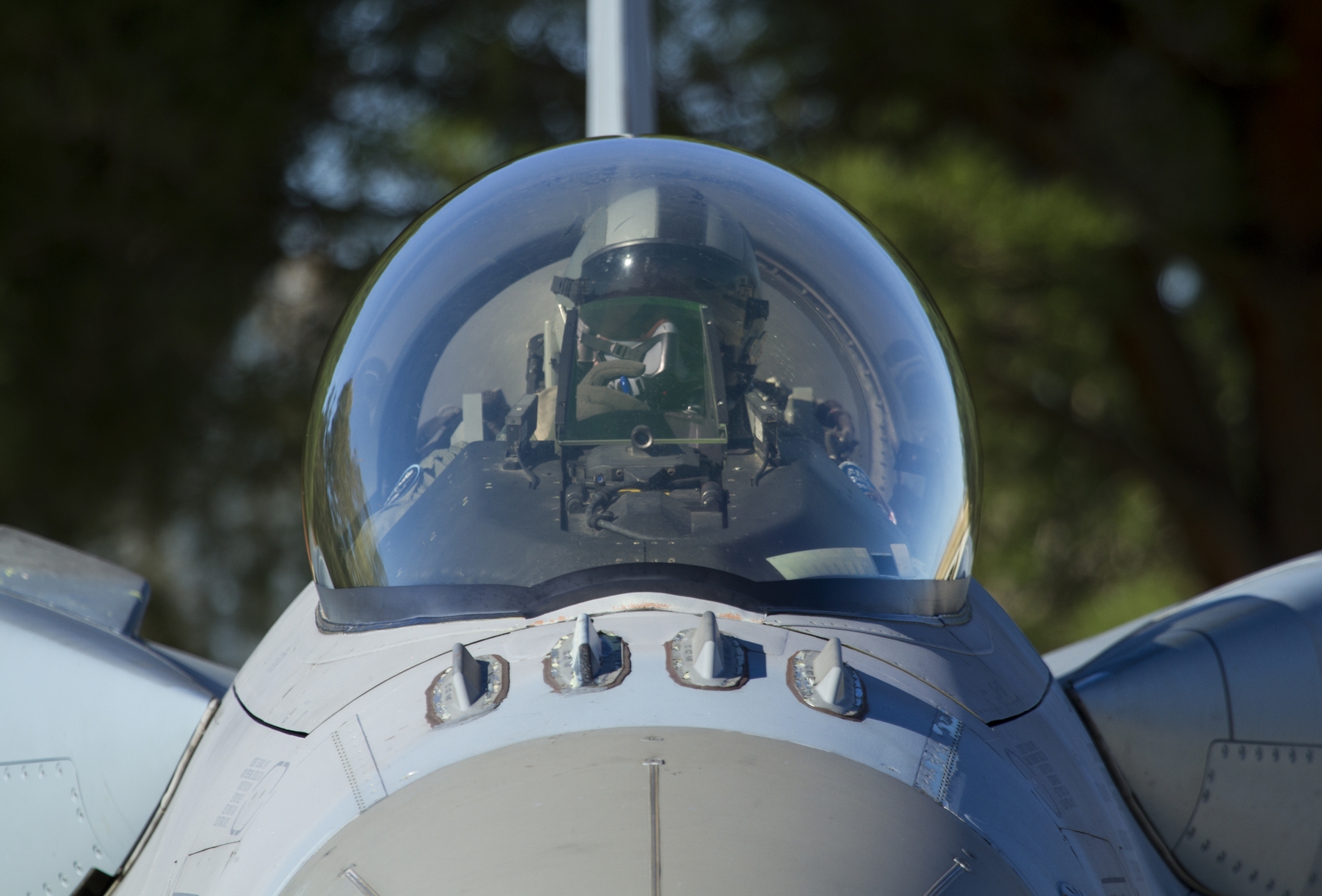 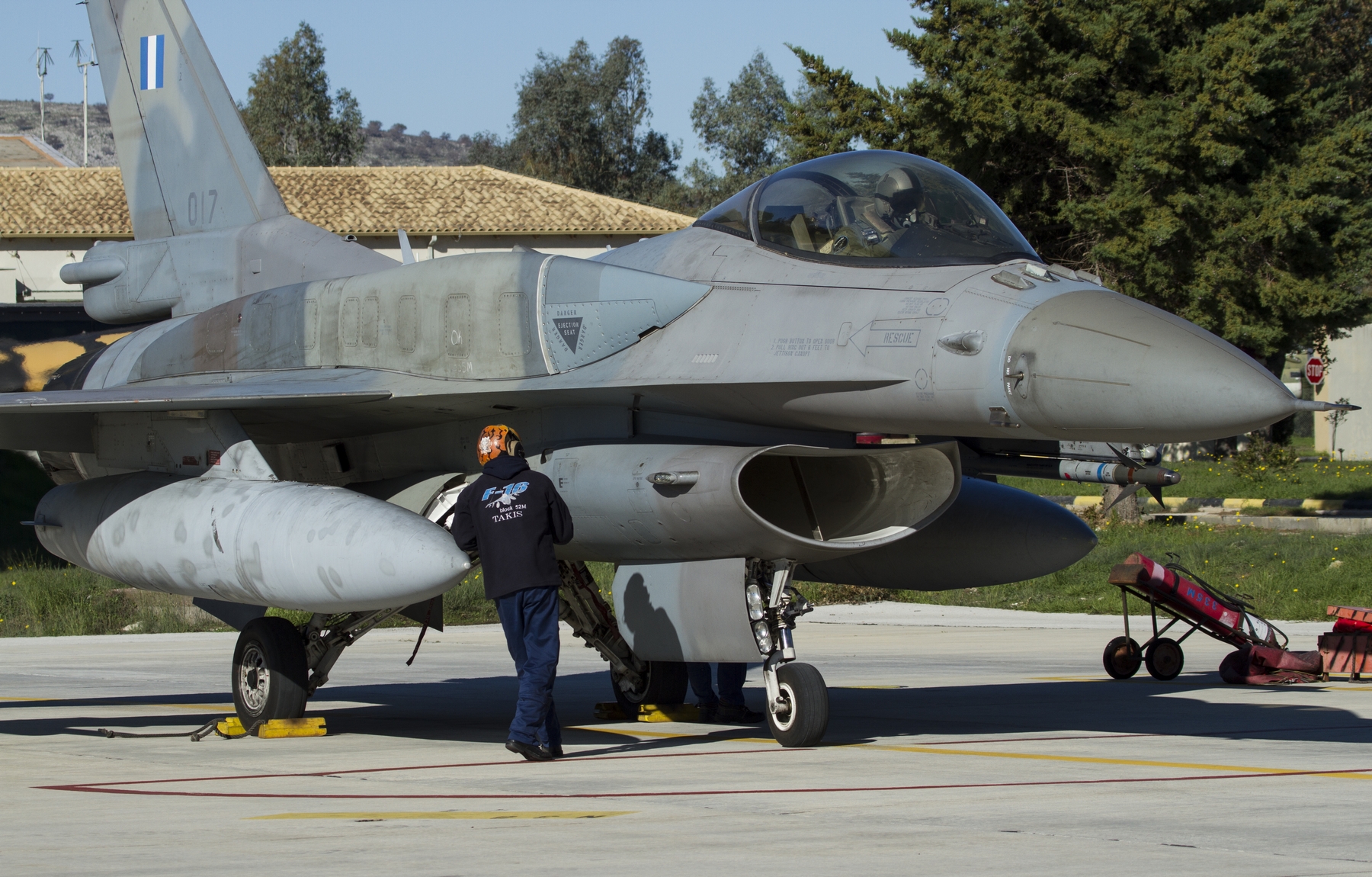 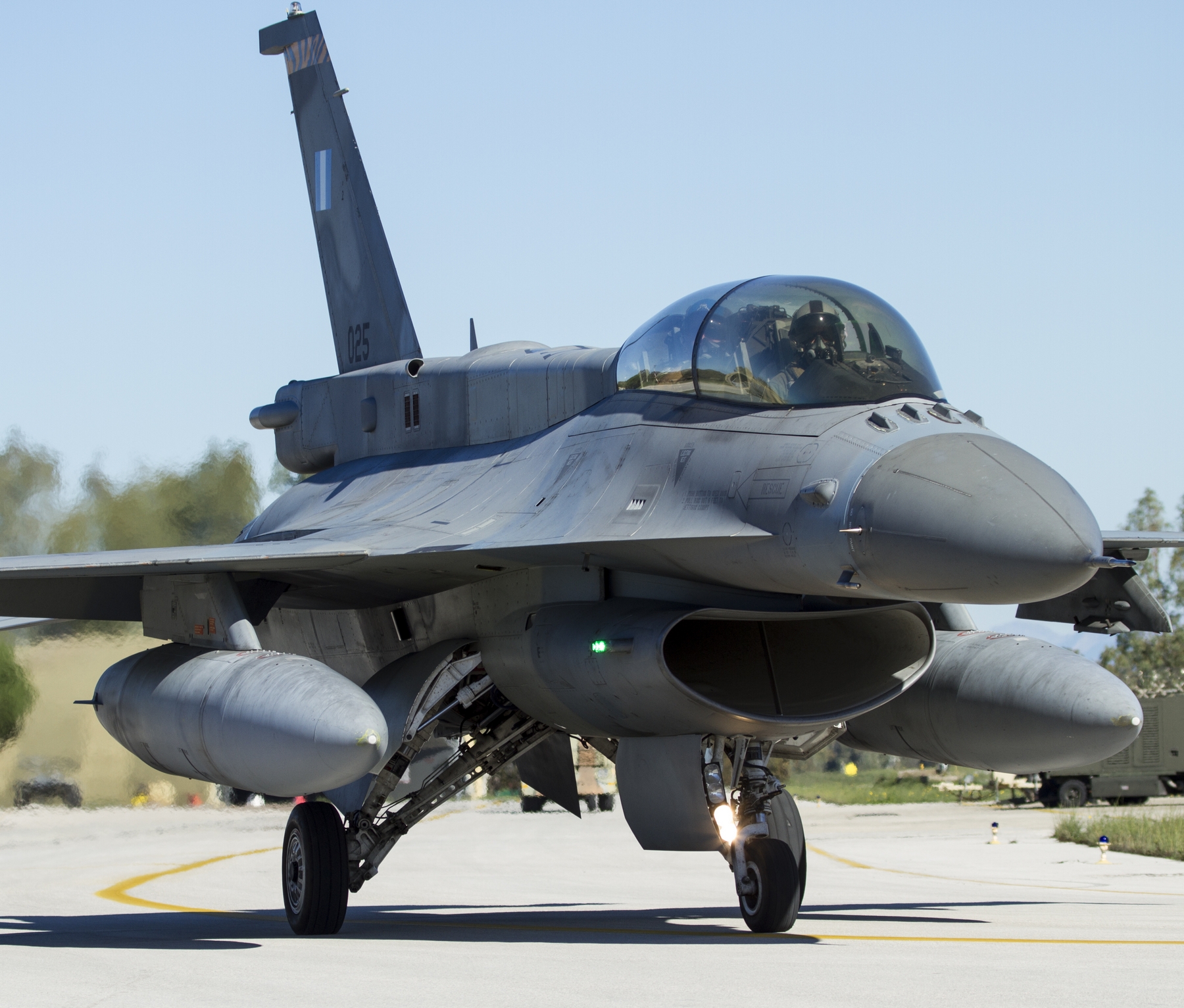 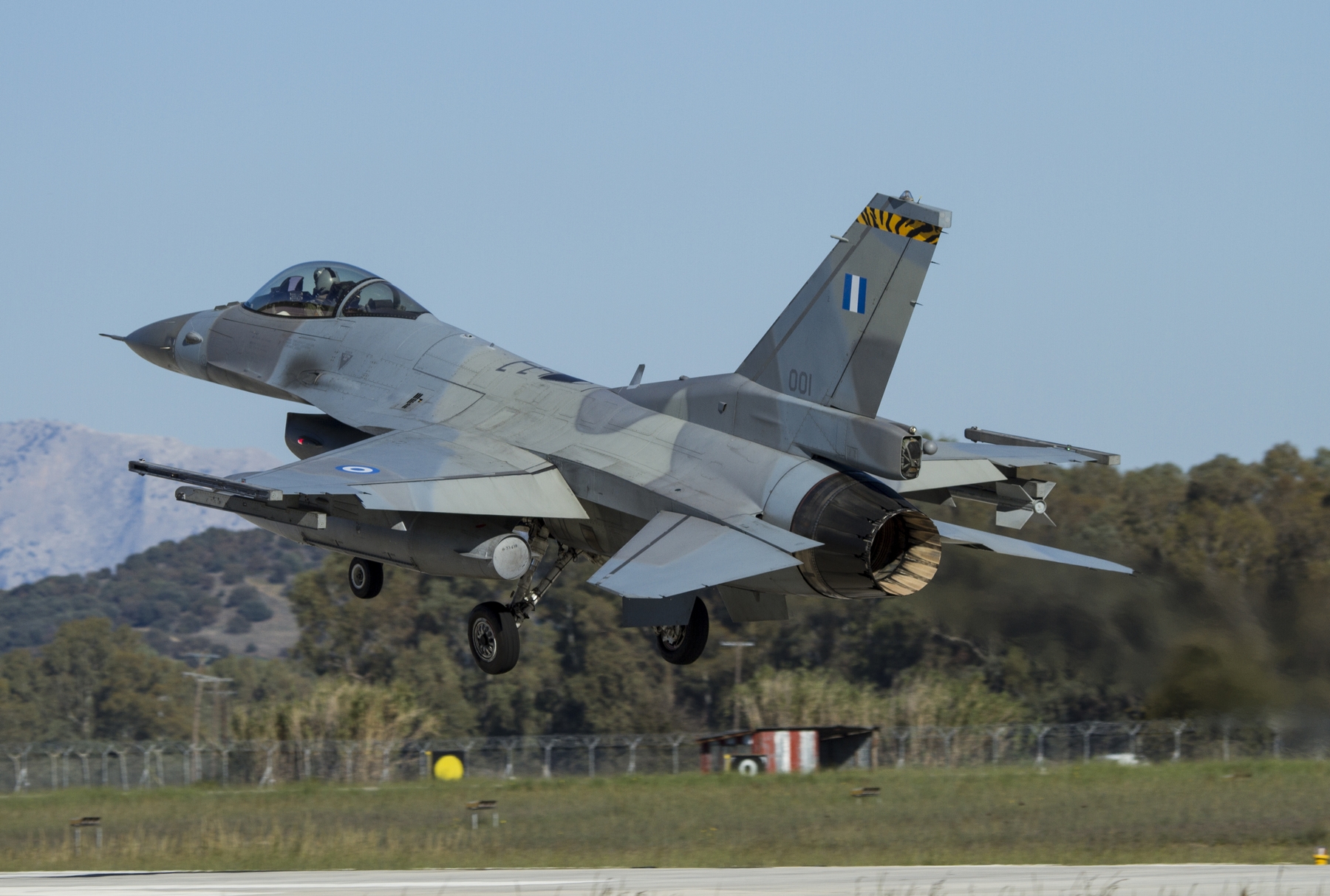 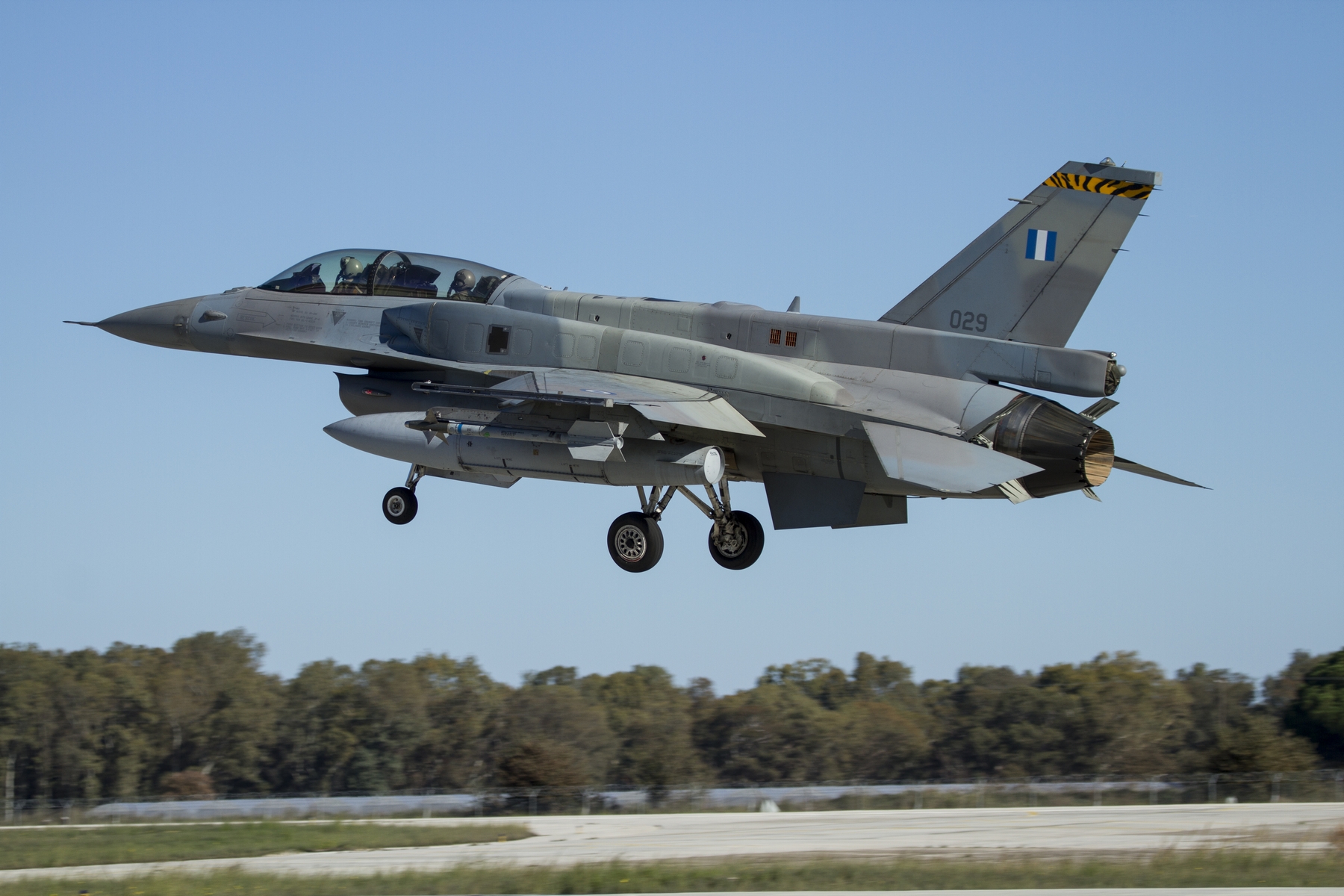 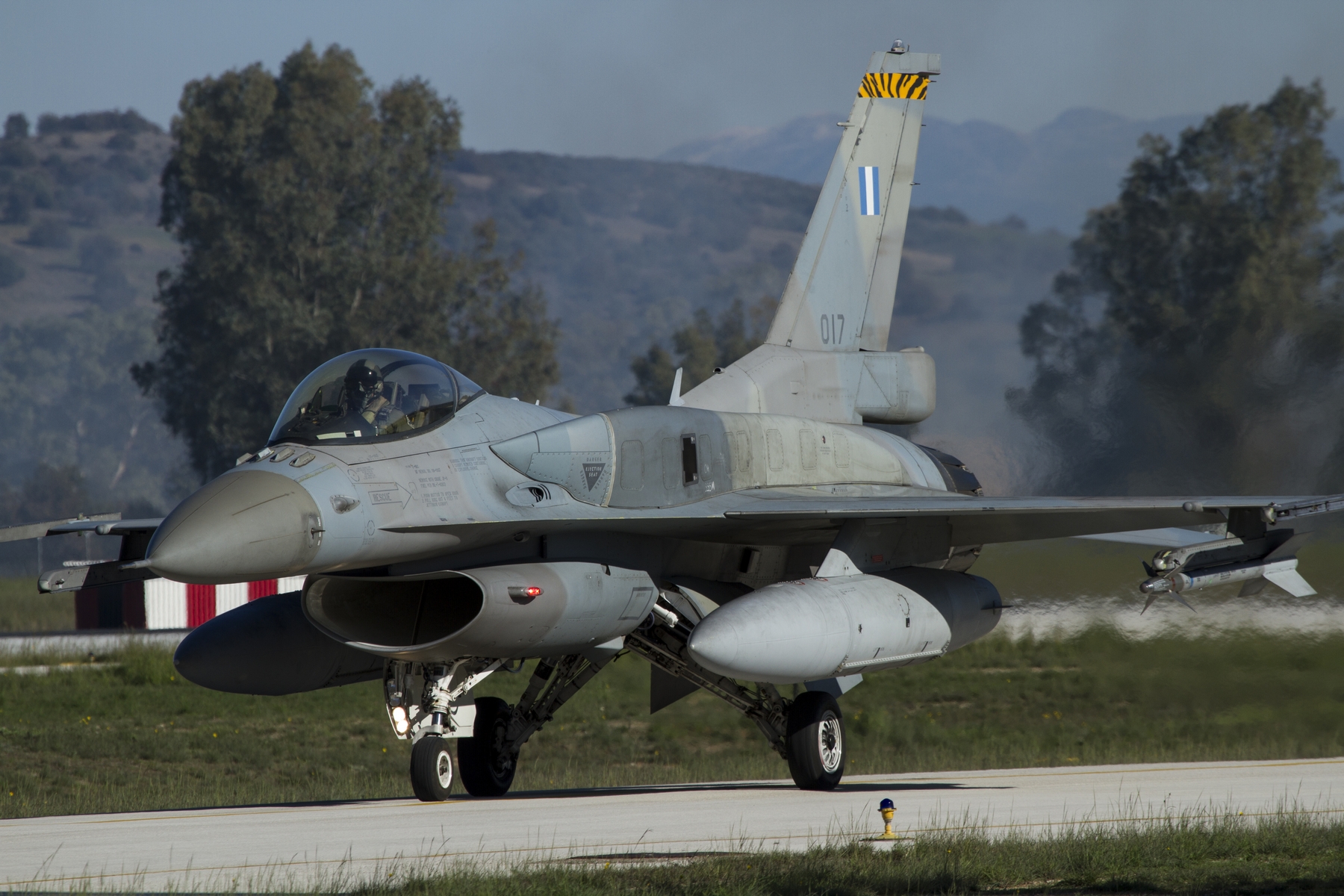