Seventeen years after the Netherlands joined the Joint Strike Fighter project, the first F-35 fighter, which will be stationed in the Netherlands, landed at his new home base on October 31st 2019. With the arrival of this first operational F-35 at Leeuwarden Airbase a new era started for the Royal Netherlands Airforce.

A few thousand spectators, including the Mayor of the city of Leeuwarden, Sybrand Buma and representatives of Defense, Ank Bijleveld and Barbara Visser, witnessed the arrival. 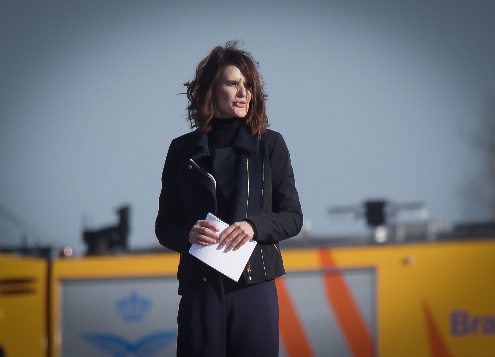 “ After years of debating, finally home “

She was referring to the difficult decision-making process of more than twenty years to choose a successor for the more than forty-year-old F-16. “It’s a beautiful, proud and historic day, ” she said.

Lieutenant-Colonel Laurens Jan ‘Sjoak’ Vijge, the first dutch F-35 pilot gave a speech about his first experience in the F-35 and the pressure he felt being the “first “ one. 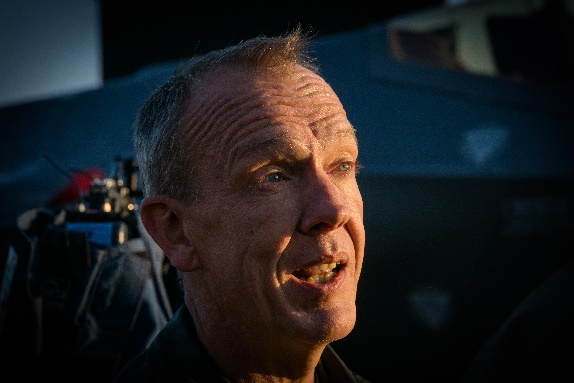 “ The first time I took off in this plane, I knew this plane would change the future for the Royal Netherlands Airforce ” ; Vijge emphasized.

The Netherlands purchased 46 F-35s for around 5 billion euros, the largest weapon purchase in history. They will be based at Leeuwarden and Volkel air bases.

A small mishap occurred when the F-35 was taxiing towards its parking spot in front of 2000 spectators. Instead of a welcome shower by the firebrigade with water, one fire truck gave the F-35 a foam shower. The fire truck rushed, minutes before the arrival of the F-35, towards the runway because of an emergency landing of a F-16. This F-16 was on a training mission flying from Volkel Airbase and reported smoke in the cockpit. They switched from water towards foam if they had to extinguish a fire but forgot to switch back to water.

Squadron Commander Lieutenant-Colonel Ian ‘Gladys’ Knight said later on with a smile; “Although I could not see anything because of the foam, I could use my helmet and sensors to see where i had to go, and it worked. “ 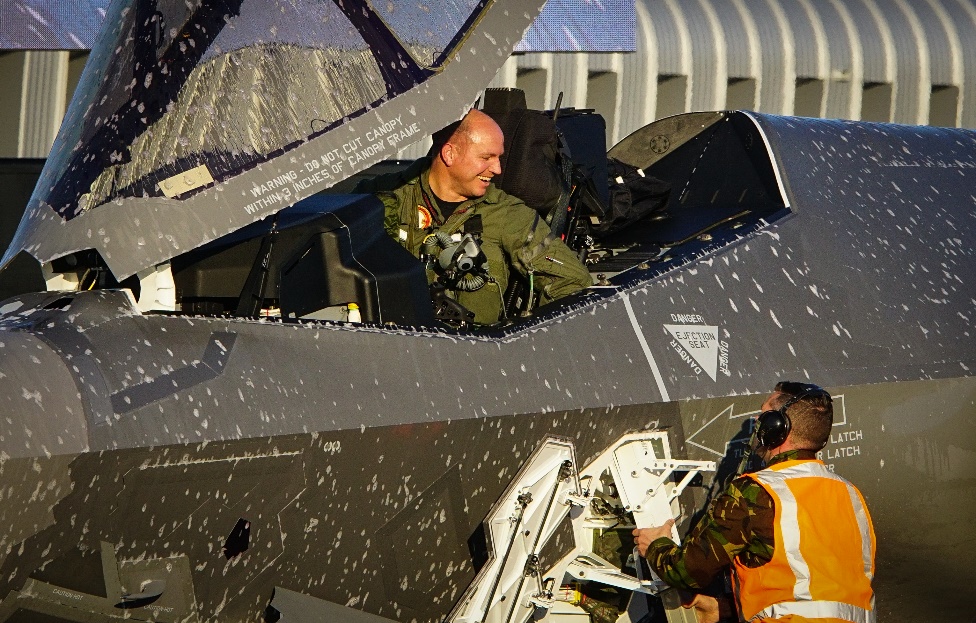 Knight had the honour to fly the first operational F-35, intended to fly with the 322 Squadron, towards its new home. The F-35 came from Cameri Airbase, Italy, where the dutch F-35 are assembled.

“Actually the F-16 and F-35 are not comparable, it is such a different aircraft and has so many possibilities. But many buttons are in the same place and the way we handle the aircraft is identical to the F-16. It also flies very smoothly, so for the new pilots the learning curve is quite small,” Knight explained.

“One major advance is that the F-35 is very usable for every defense component. The ability to work with and to send information towards several defense components to give a complete battle image, is a huge step. “

For the personnel at Leeuwarden a lot will change the coming years. “Getting the maintenance personnel fully trained is one of the main challenges for the coming months. The Initial Operating Capability (IOC) for 322 squadron is set for 2021,” Knight said. At Leeuwarden the transition towards the F-35 has started. Volkel Airbase will receive the first F-35 in 2021. Until then the good old F-16 will defend the dutch skies and will fly its combat missions until its new successor will replace it. 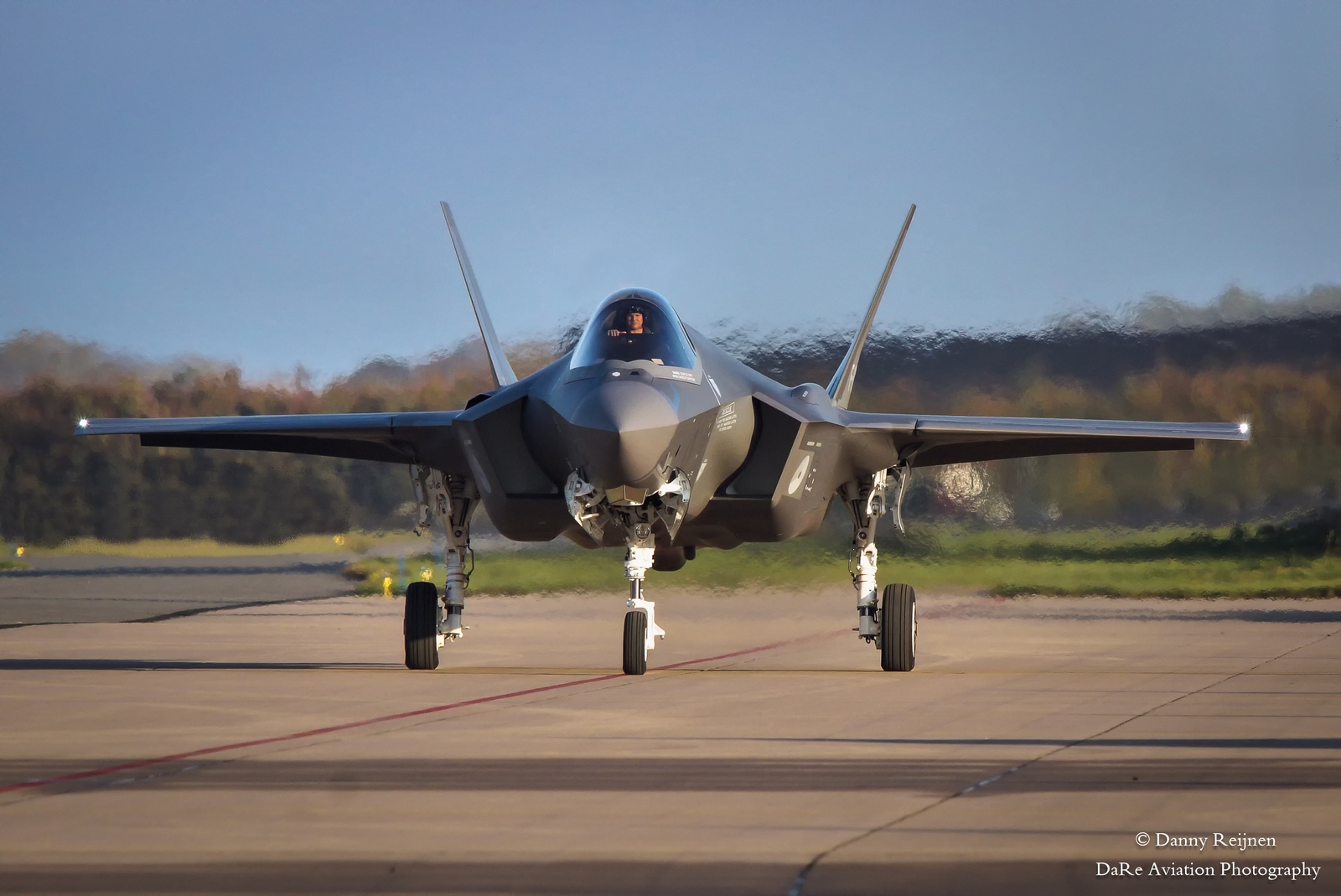 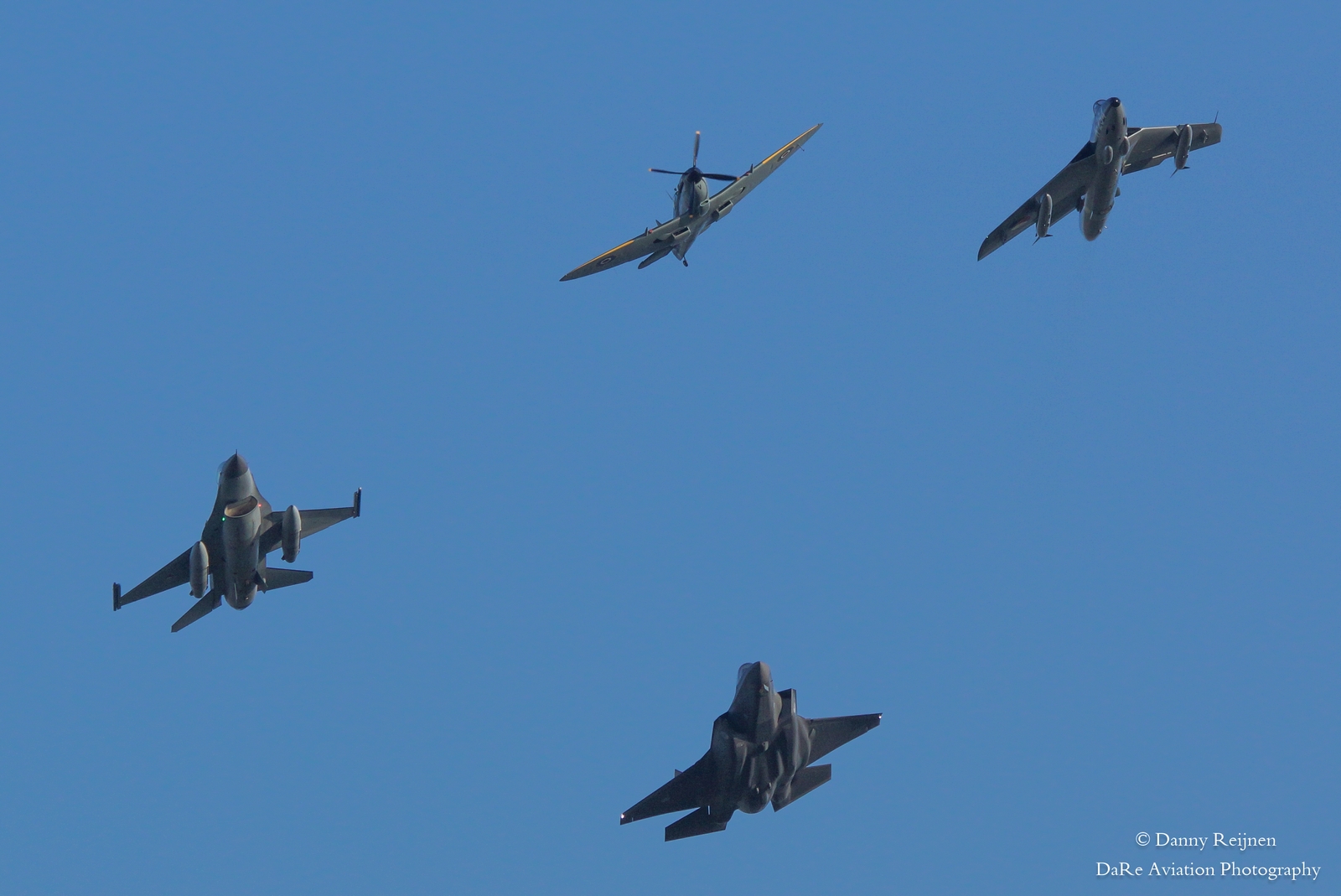 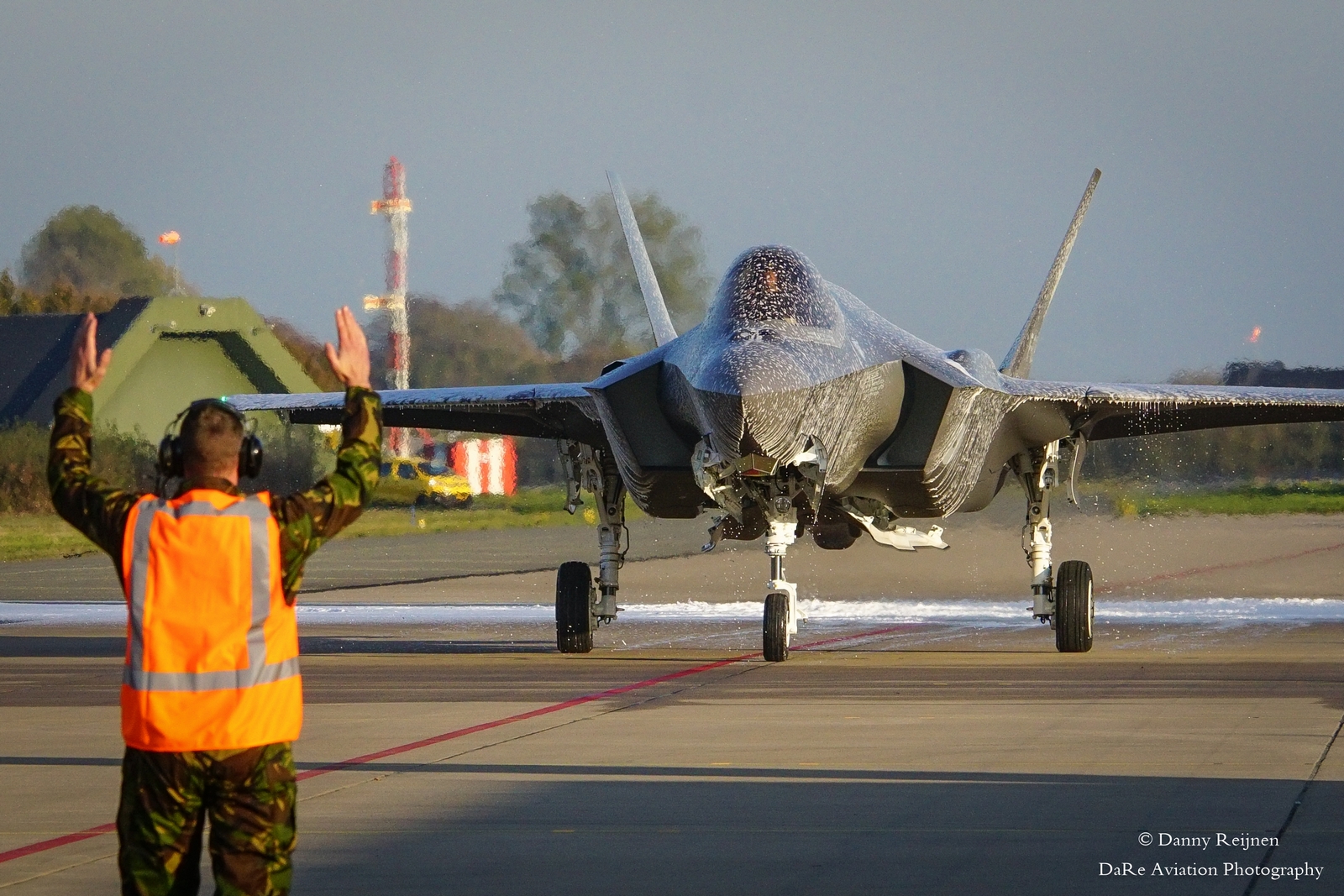 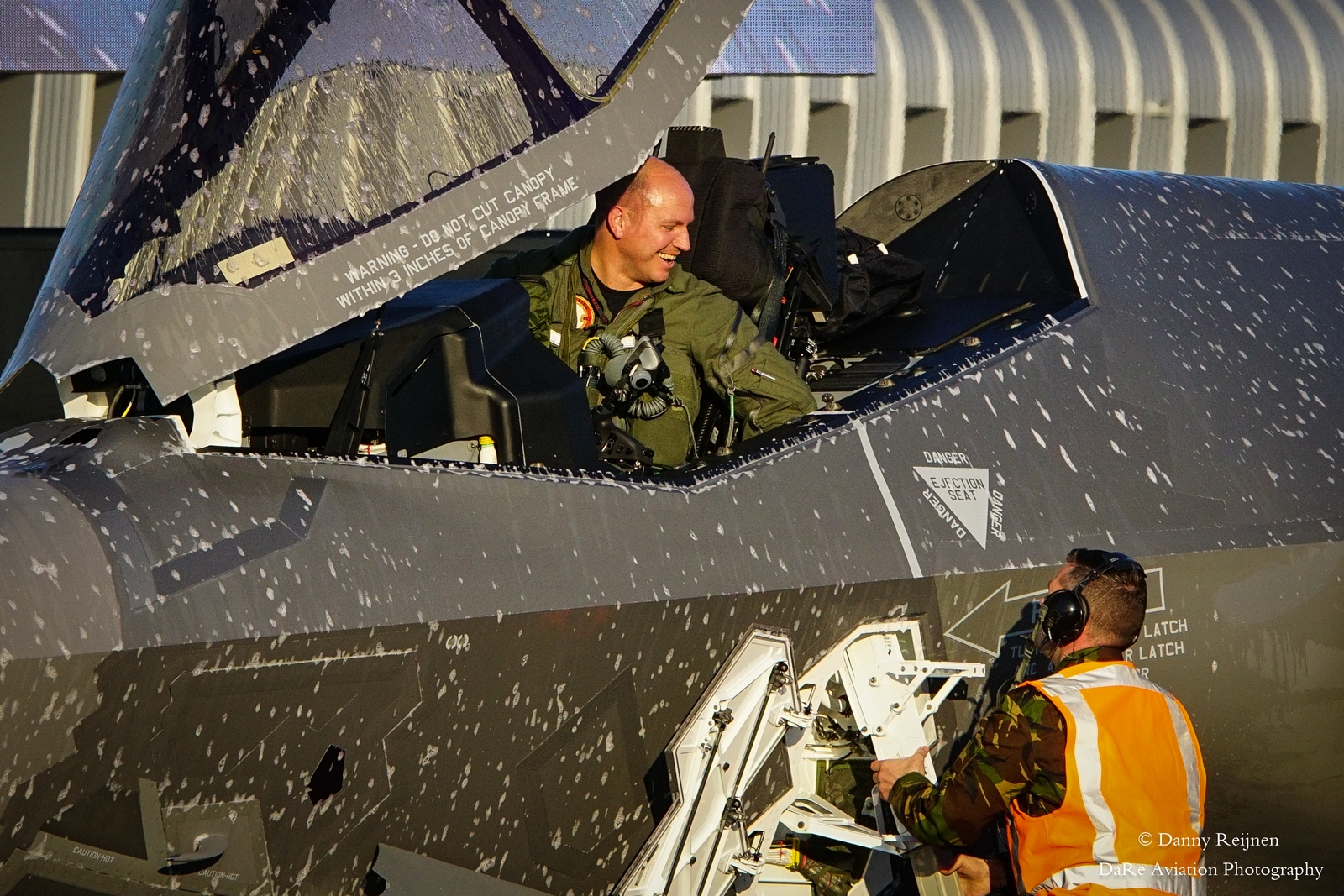 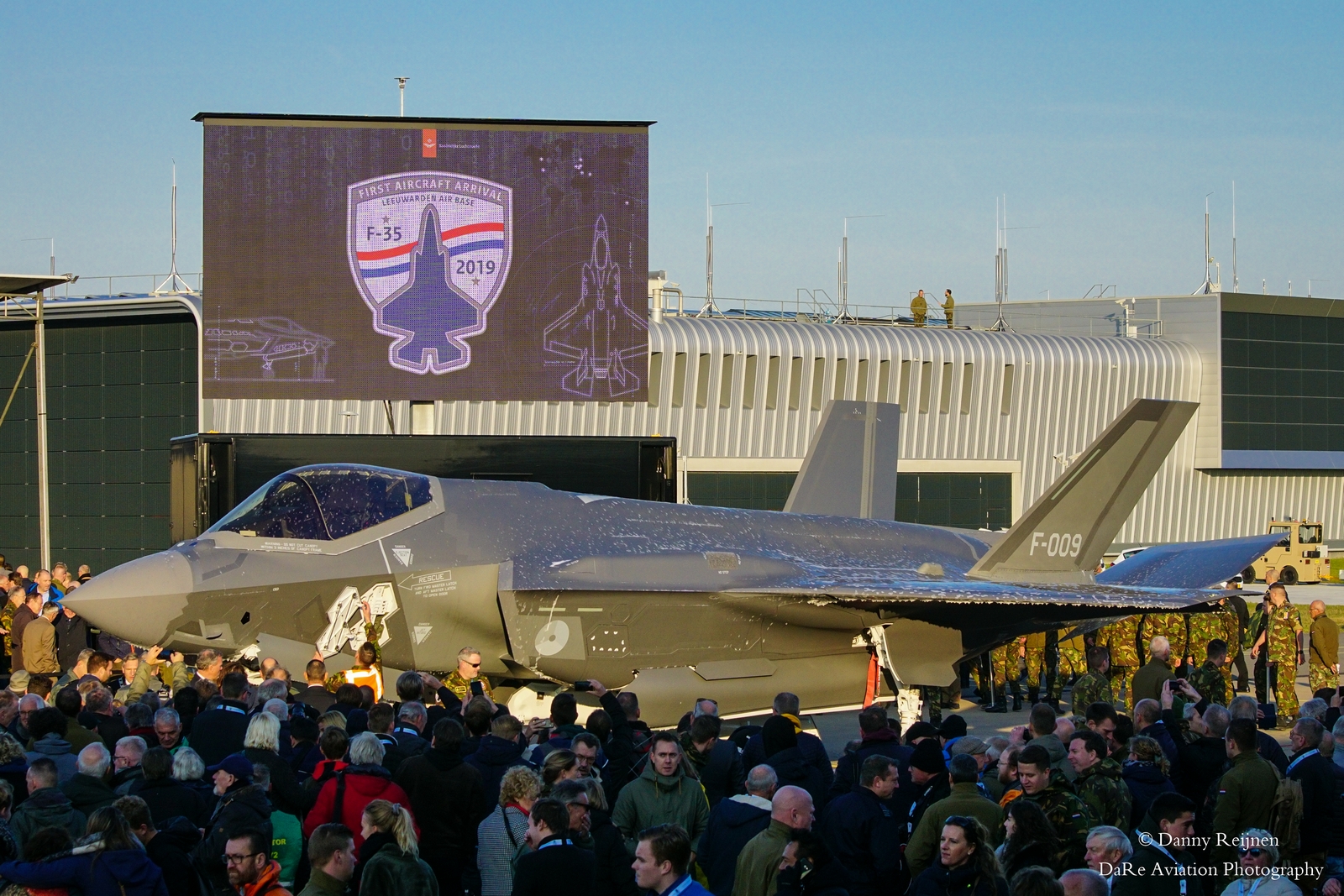 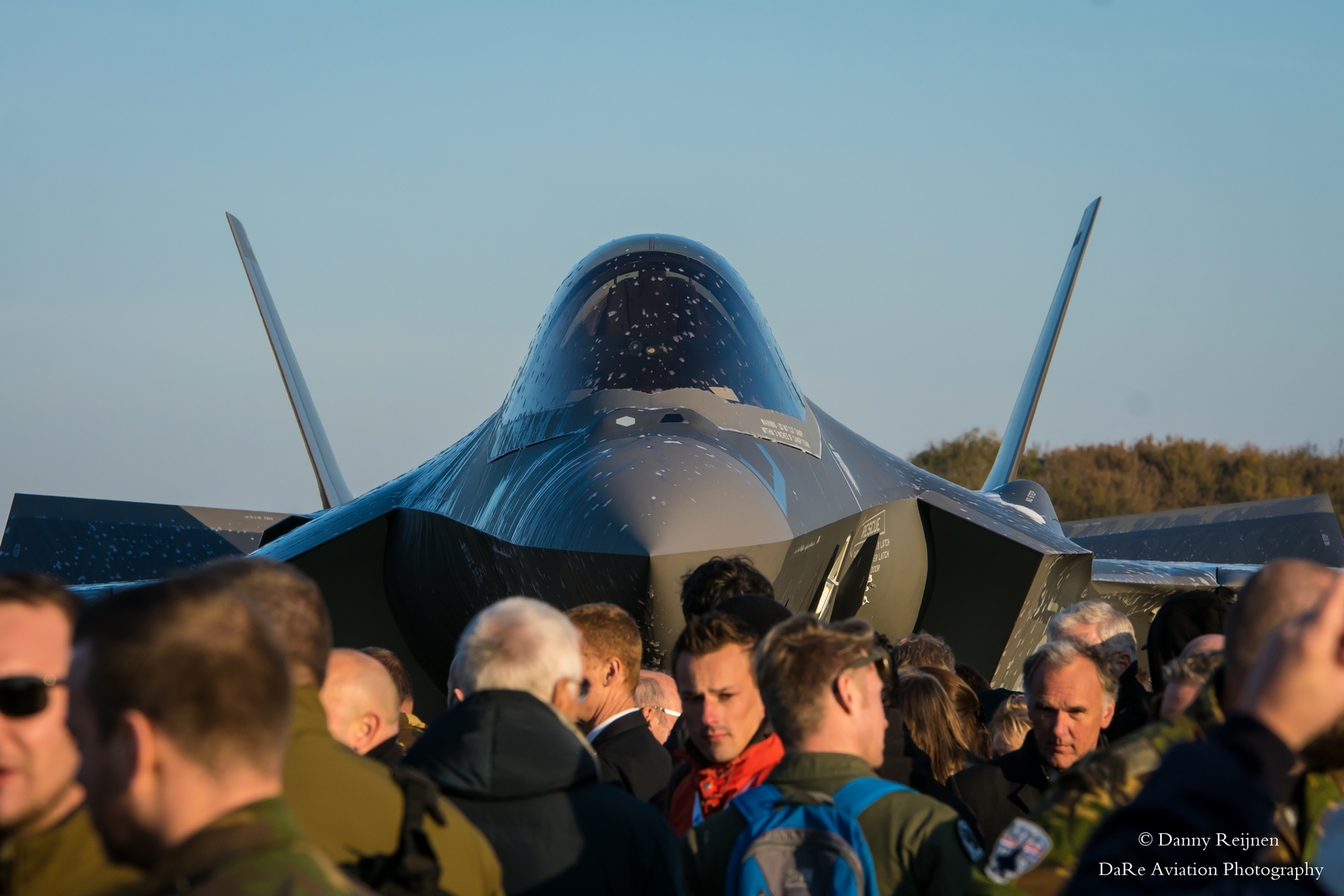 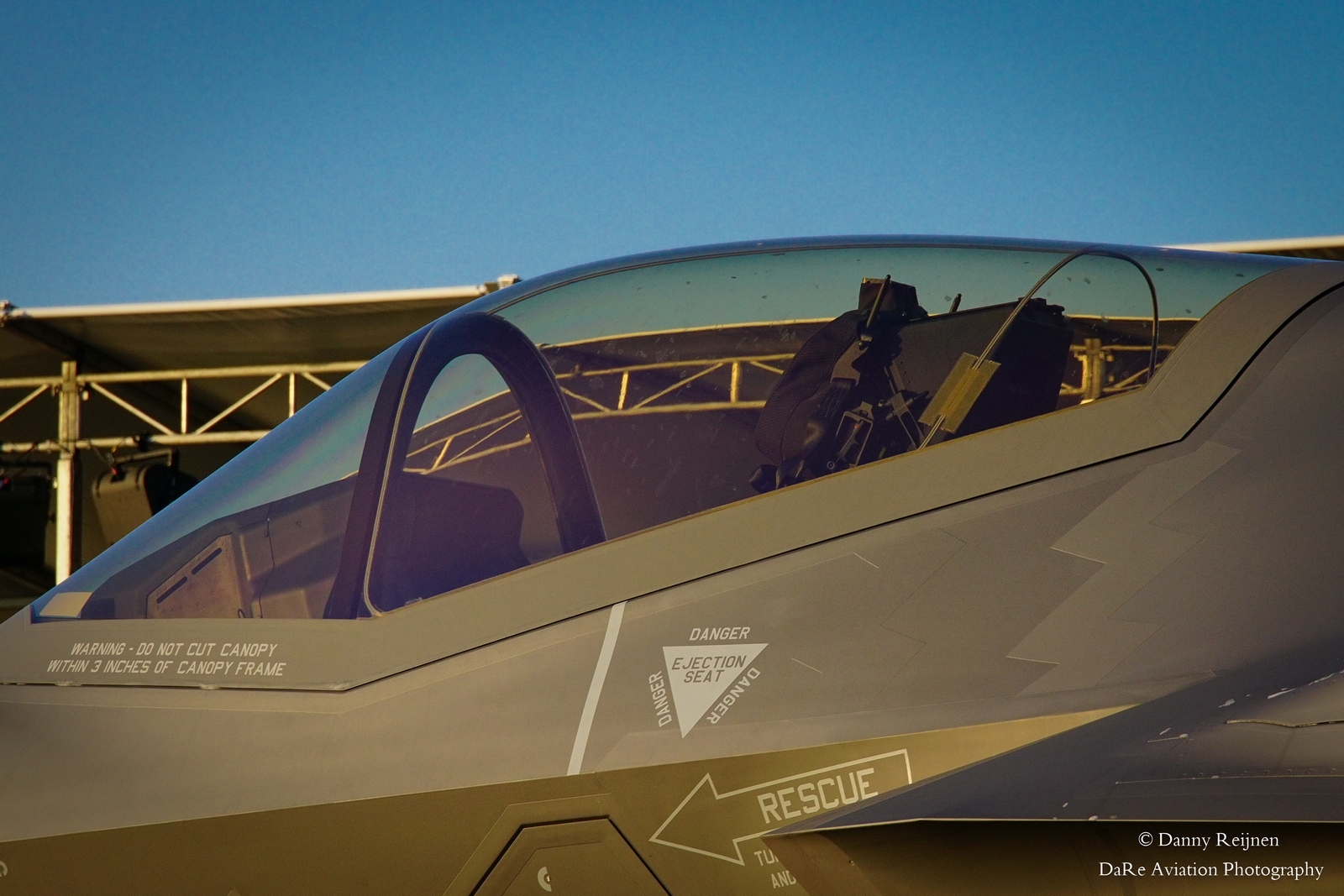 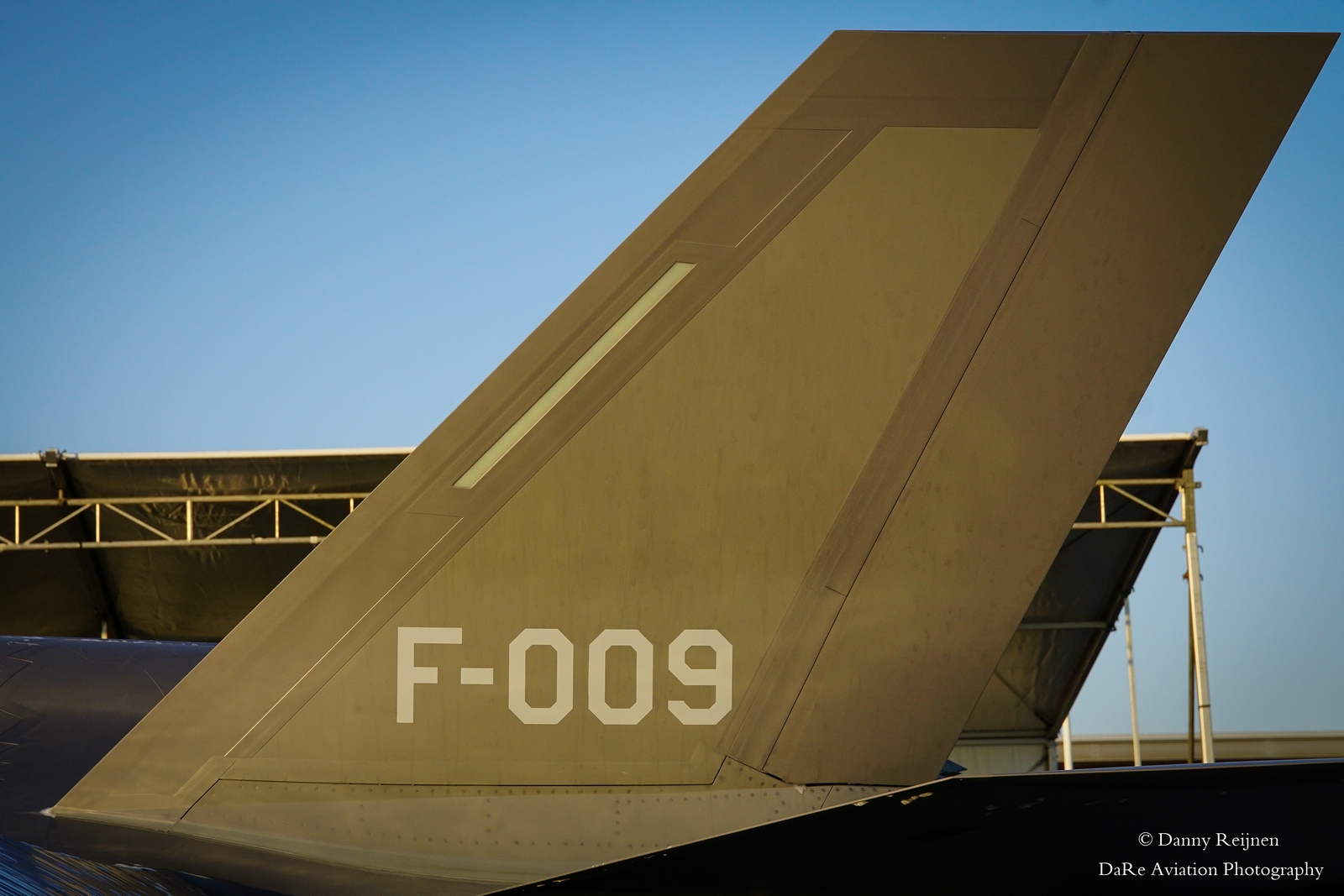 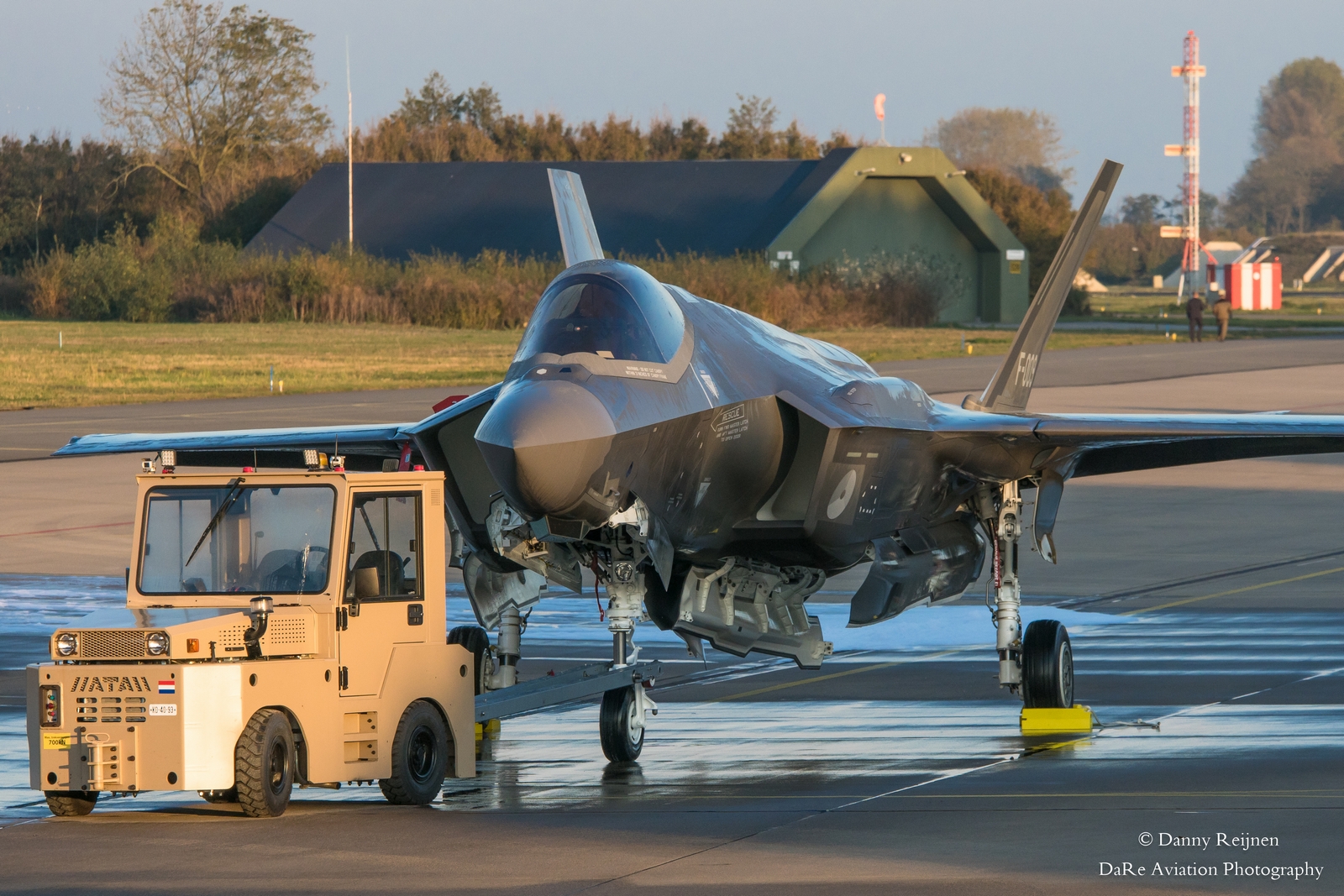 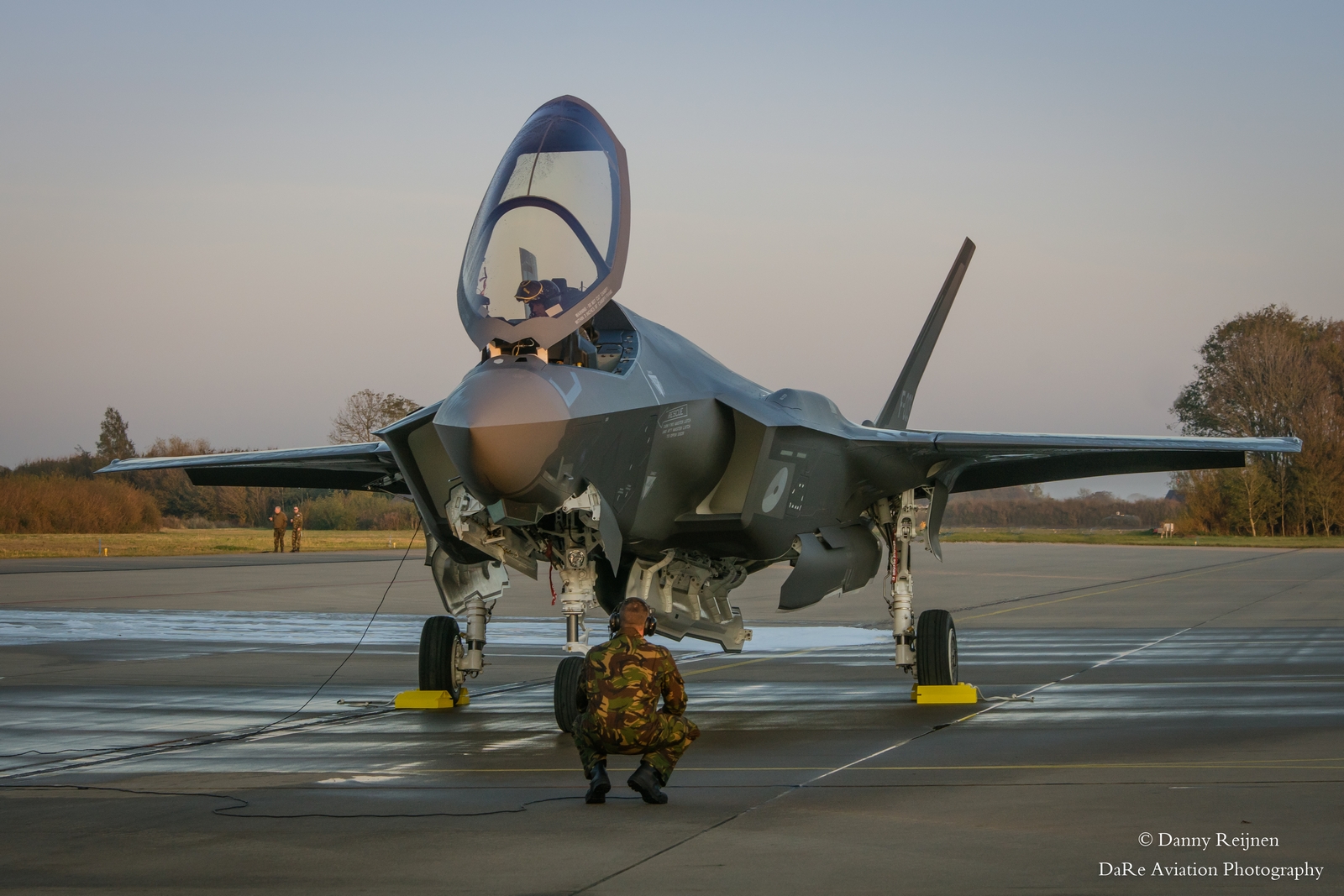 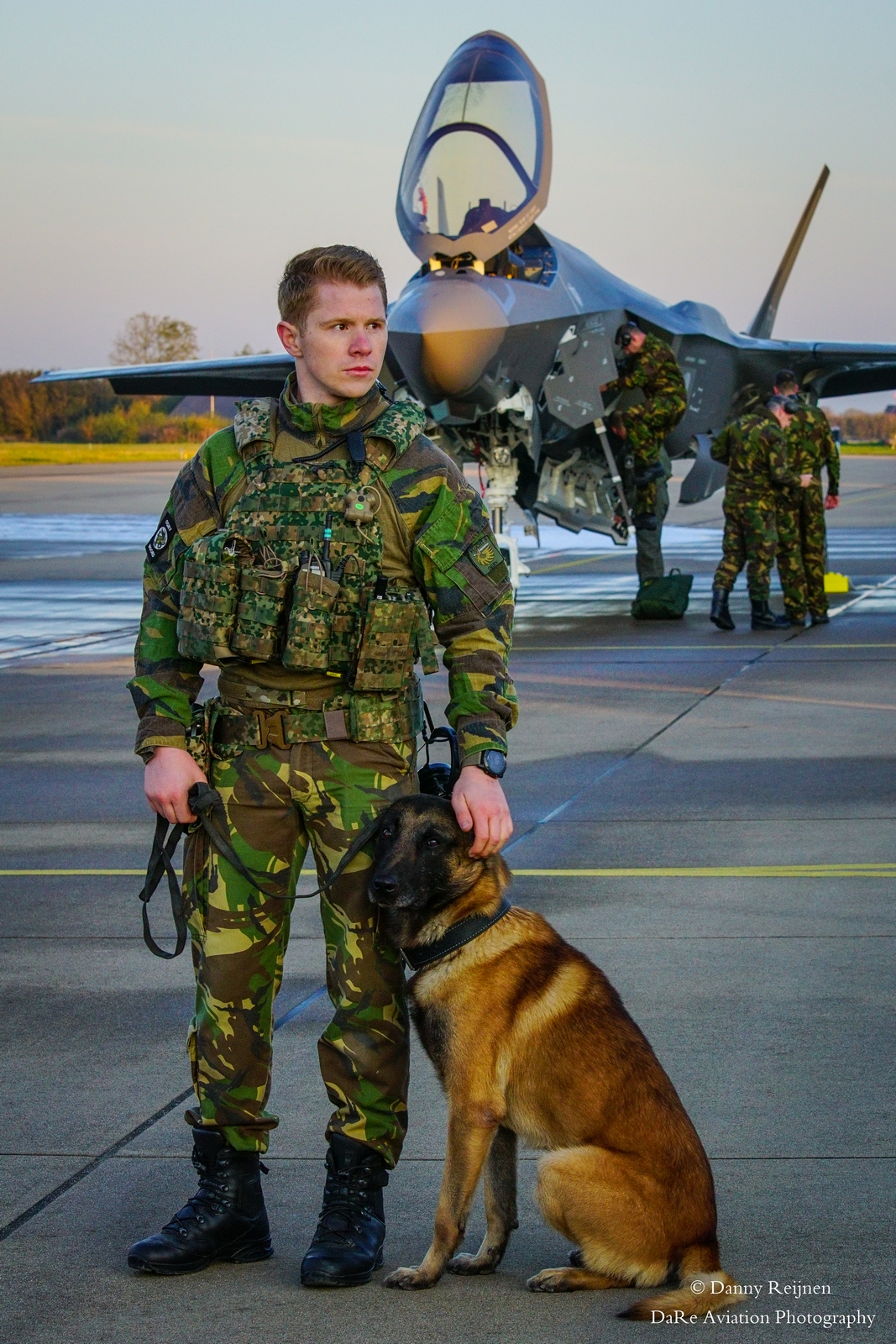 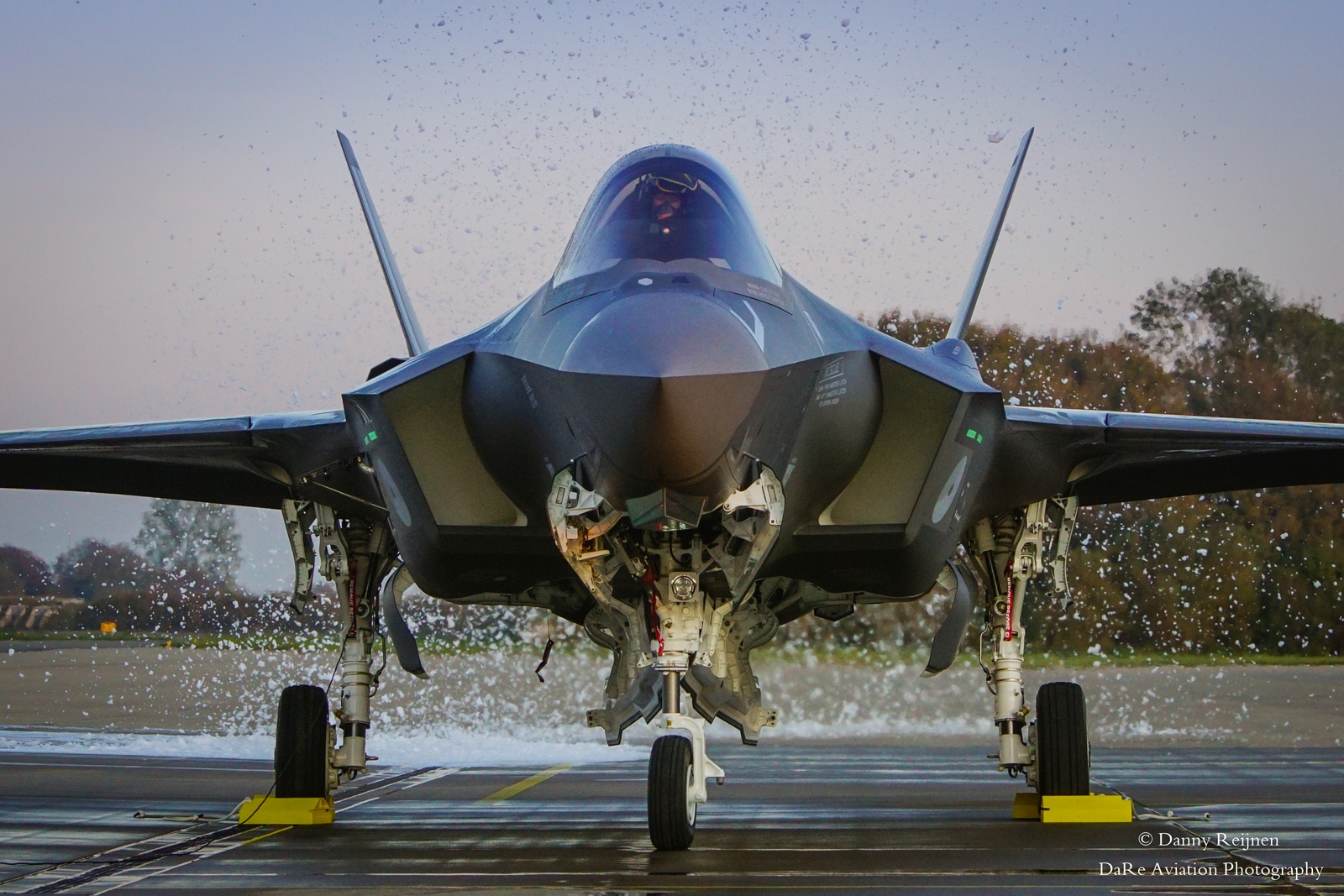 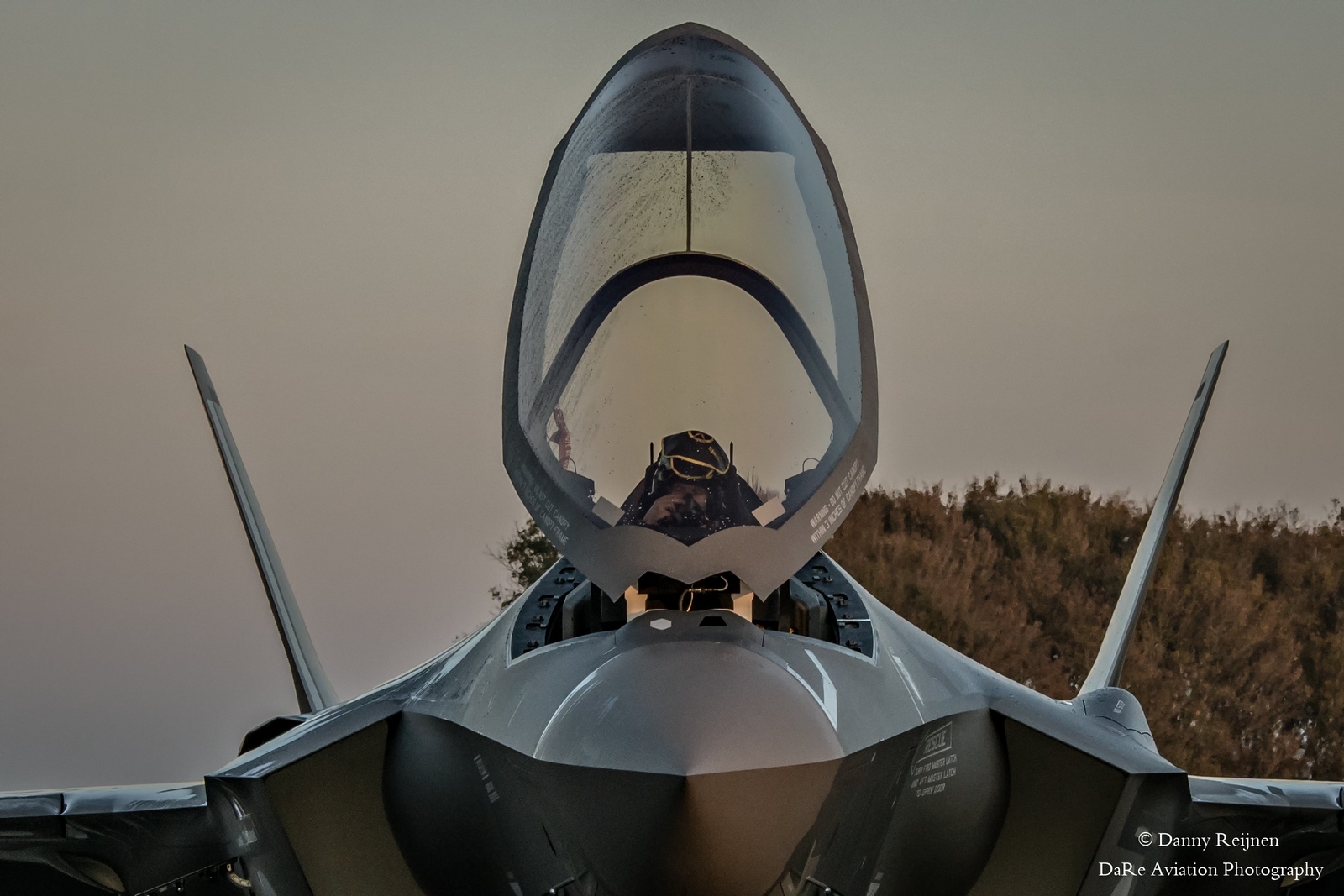 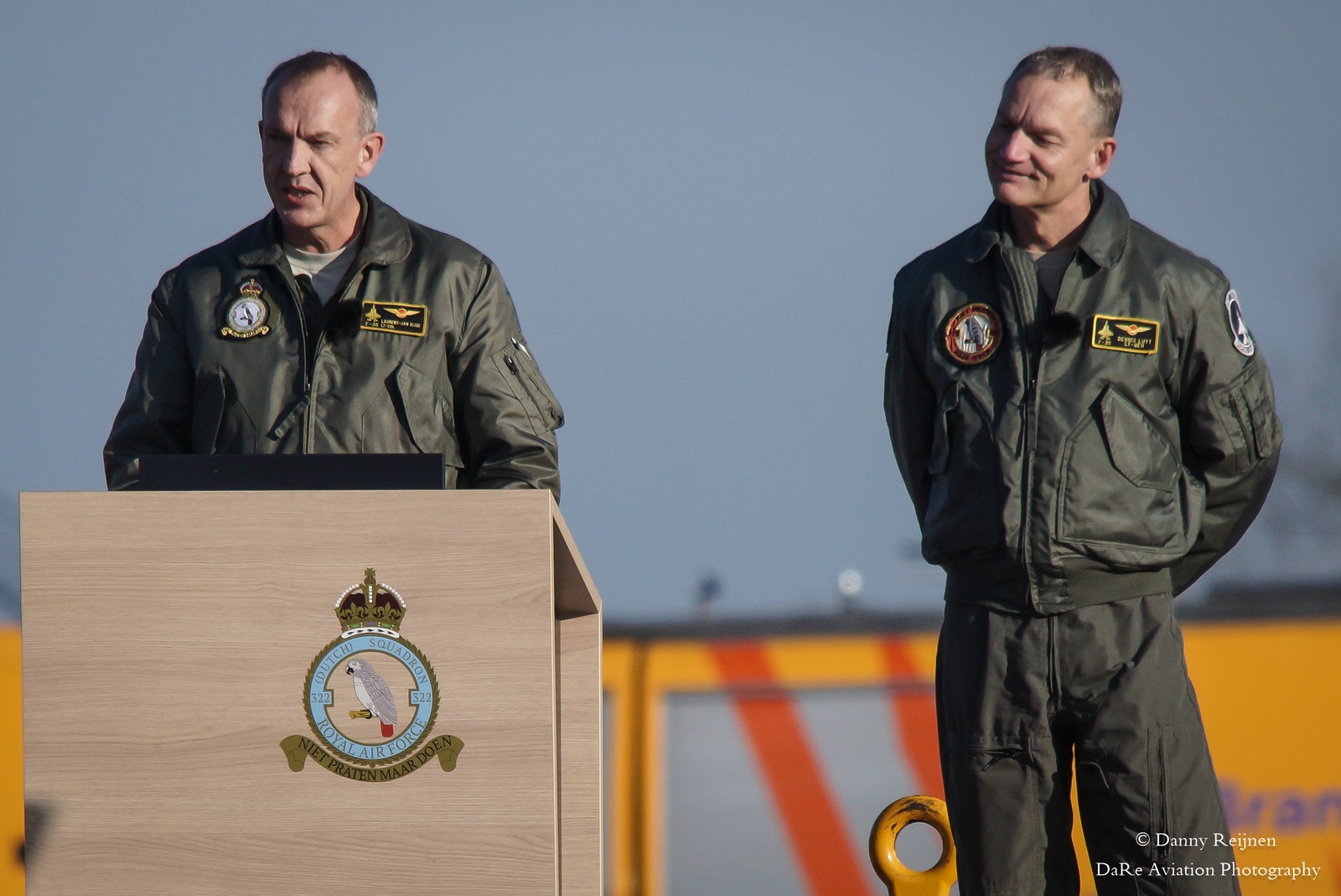 Danny can be reached at: [email protected]
Send this to a friend
SUBSCRIBE TO OUR NEWSLETTER
All rights reserved © Aviation Photography Digest, 2021
Subscribe to our FREE newsletter and get notified when new articles are published.
Subscribe
×