Report and photos by Patrick Roegies

The Japanese Air Self Defense Force (JASDF) acquired the F-4E Phantom in 1968. Since the configuration of the Japanese varied from the conventional F-4E the aircraft type was designated F-4EJ. Compared to the F-4E the Japanese version was developed for the air defense role with several systems initially integrated in the F-4E removed. In the following years 140 Phantoms would be delivered to Japan of which 138 aircraft were built in license by Mitsubishi. Later 14 additional RF-4E’s were purchased which were built in the United States.

The Phantoms were acquired with the purpose to operate alongside the F-104 which was the main fighter of the Japanese Air Self Defense Forces in the sixties and seventies. In the following years 7 squadrons would be equipped with the F-4 Phantom.

The first squadron that was equipped with the new Phantoms was 301 Hikotai based at Hyakuri and received their first two F-4EJ Phantoms on 1 August 1972. By April 1973 nine additional Phantoms were delivered to the squadron. From this batch of nine aircraft two were transferred to Koku Kaihatsu Jikken Shudan or Air Development and Test Command in order to perform air to ground capability and fighter interceptor tests.

The 301 started the pilot training program on 2 October 1973. Two weeks later the squadron’s status was changed from provisional to operational squadron when the squadron had fourteen F-4EJ’s and two T-33’s in their operational inventory. Two of the aircraft in the squadron were more of less permanently deployed to the Air Development and Test command in order to perform live missile firing tests with the AIM-4D and AIM-7 missiles. The first fighter weapons course took place using the F-4EJ. From 1974 until 1976 more than 30 Phantoms were assigned to 301 Hikotai while awaiting their assignment with another operational squadron. In this role the Phantoms were performing as adversaries in training with other squadrons during air to air training missions. 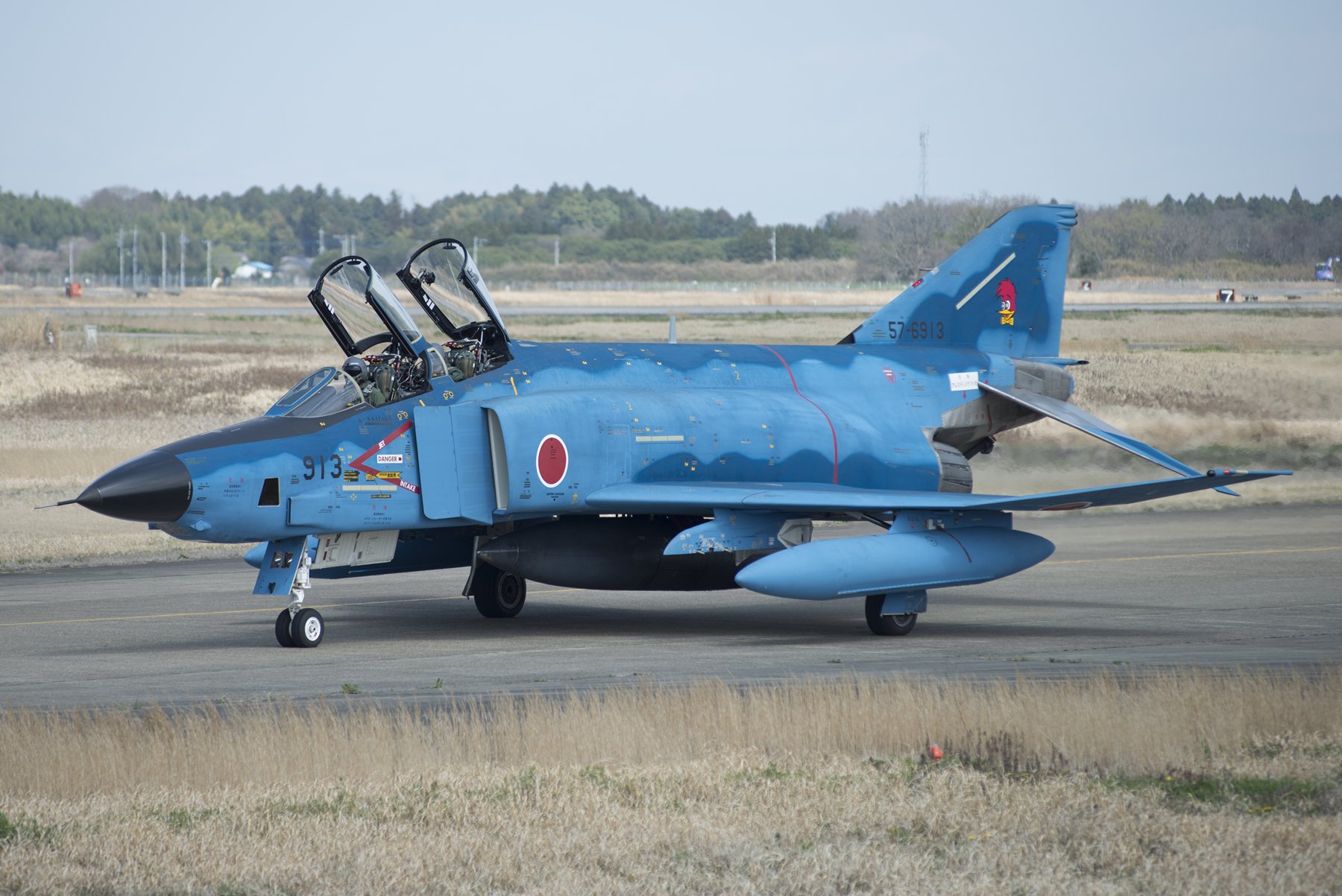 On 30 October 1978 301 Hikotai was appointed to commence with the Quick Ready Alert task. The first actual intercept took place on 21 February 1979 when Phantoms of 301 Hikotai intercepted a Soviet Air Force Tu-95 “Bear”. From 1978 onwards every other year an air to air gunnery meet or an aircraft combat meet was organized with every squadron painting their Phantoms in an unique camouflage.

When 301 Hikotai celebrated its 10th anniversary on 16 October 1973 the squadron was responsible for training over 500 Phantom pilots.

In 1984, the squadron moved from Hyakuri to Nyuatabaru due to the arrival of o new F-15 squadron. Due to this move, the squadron was subordinated from the 7th Wing to the 5th Wing. On 26 February 1985, the Phantoms arrived at Nyuatabaru joining the 202 Hikotai F-15’s and the F-2 Hiko Kyodogun or Aggressor squadron.

302 Hikotai was formed on 18 July 1974 and received the provisional status upon formation. The squadron received six F-4EJ’s and a couple of T-33 trainers. Assigned to the 2nd Wing the squadron received their operational status on 1 October 1975. 302 Hikotai was the second interceptor squadron within the Japanese Air Self Defense force and was based at the most northern positioned air base Chitose. The squadron acquired their quick ready alert task on 1 November 1975. During their QRA missions the Phantoms encountered many unidentified flying objects presumably from the Soviet Air Forces.

In 1979, the Phantoms from 302 Hikotai were painted in a diverting camouflage scheme which was more appropriate for the specific landscape and climate in the high north. Three alternative camouflage patterns were evaluated. Eventually the aircraft were painted in a light blue/dark blue pattern. Every year the exercise “Cope North” was organized, which main purpose was the joint training of United States Air Force and Japanese Air Self Defense aircrews. 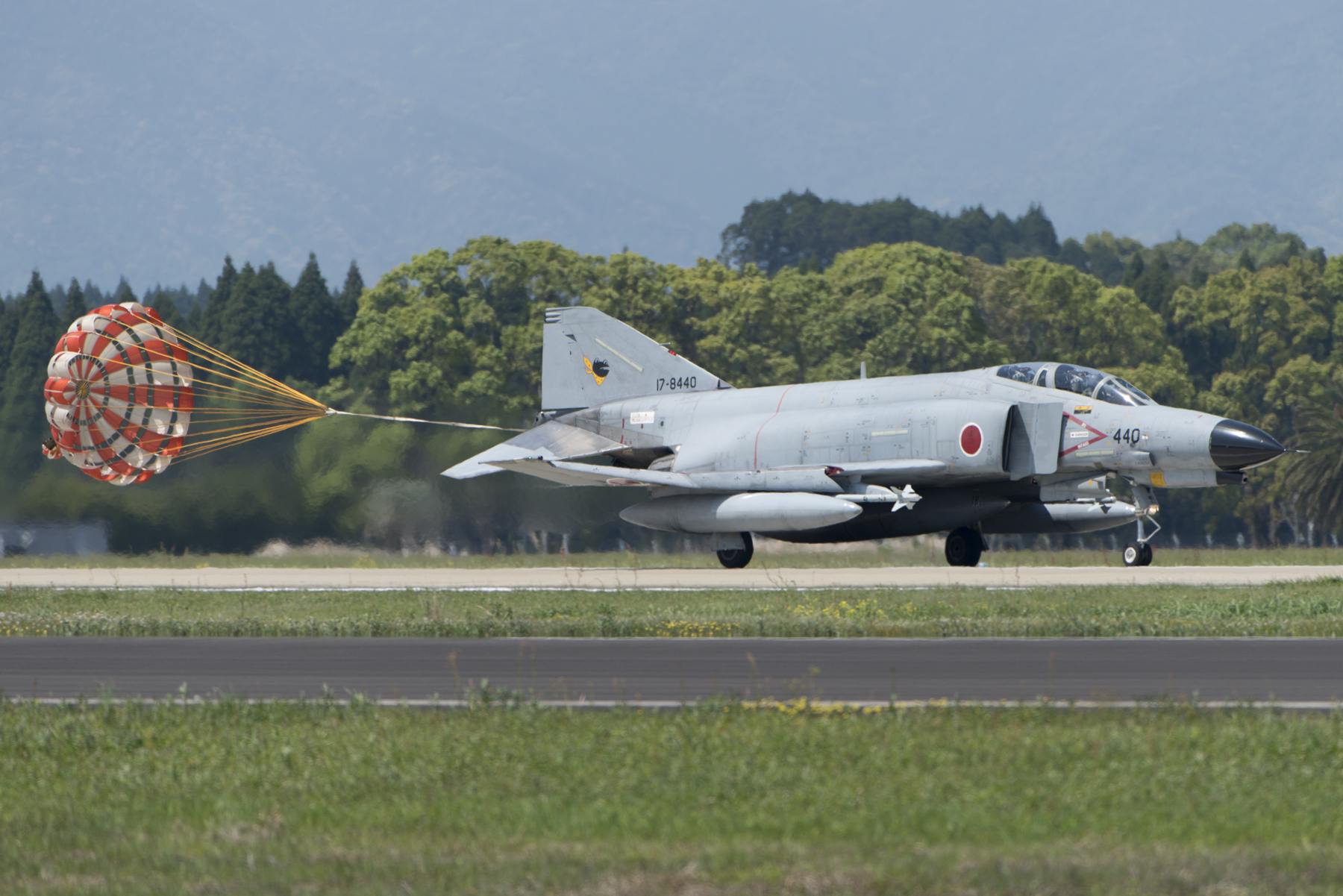 The first two Phantoms delivered to 303 Hikotai took place in August 1976 and the squadron acquired the provisional status. Already in October 1976 the squadron received its operational status with 16 Phantoms in their inventory. Assigned to the 6th Wing 303 Hikotai got appointed the QRA tasks on 17 June 1977. Since the geological position of Komatsu Air Base the Phantoms of 303 Hikotai had to perform quick ready alert missions regularly. During a quick ready alert mission on 27 June 1980 a Soviet air Force Tu-16 crashed near Komatsu. The last Phantom delivered to the Japanese Air Self Defense Forces was delivered to 303 Hikotai on 21 May 1981. After their tenth anniversary the squadron converted to the F-15 Eagle after only 10 years of Phantom operations.

On 1 August 1977 304 Hikotai received its operational status with 18 Phantoms appointed to the squadron. The squadron was subordinated to the 8th Wing and was based at Tsuiki Air Force Base in the south of Japan.

With the F-104 phased out and the arrival of the F-15 the Japanese Air Self Defense Force was already studying the possibilities to continuous improve the capabilities of their Air defense fighter fleet and resulted in a modernization program in the early eighties.

In the early eighties, the demand for extended capabilities of the Phantom fleet became apparent. The modernized version of the F-4EJ would be referred to as F-4EJ Kai. The suffix abbreviation “Kai” means extra.

The actual modernization and refurbishment program commenced in July 1984 and the purpose of the program was to extend the operational life time of the Phantom within the JASDF until the early year of the new century.

In total 96 F-4EJ aircraft were to be submitted to the modernization program and as a result they were fitted with the Westinghouse AN/APG-66J pulse-Doppler radar, which is much smaller and lighter than the original APQ-120, but possessed extended operational capabilities. Externally, the installation of the new radar can be distinguished by the presence of a new radome which has forward and aft strengthening ribs. 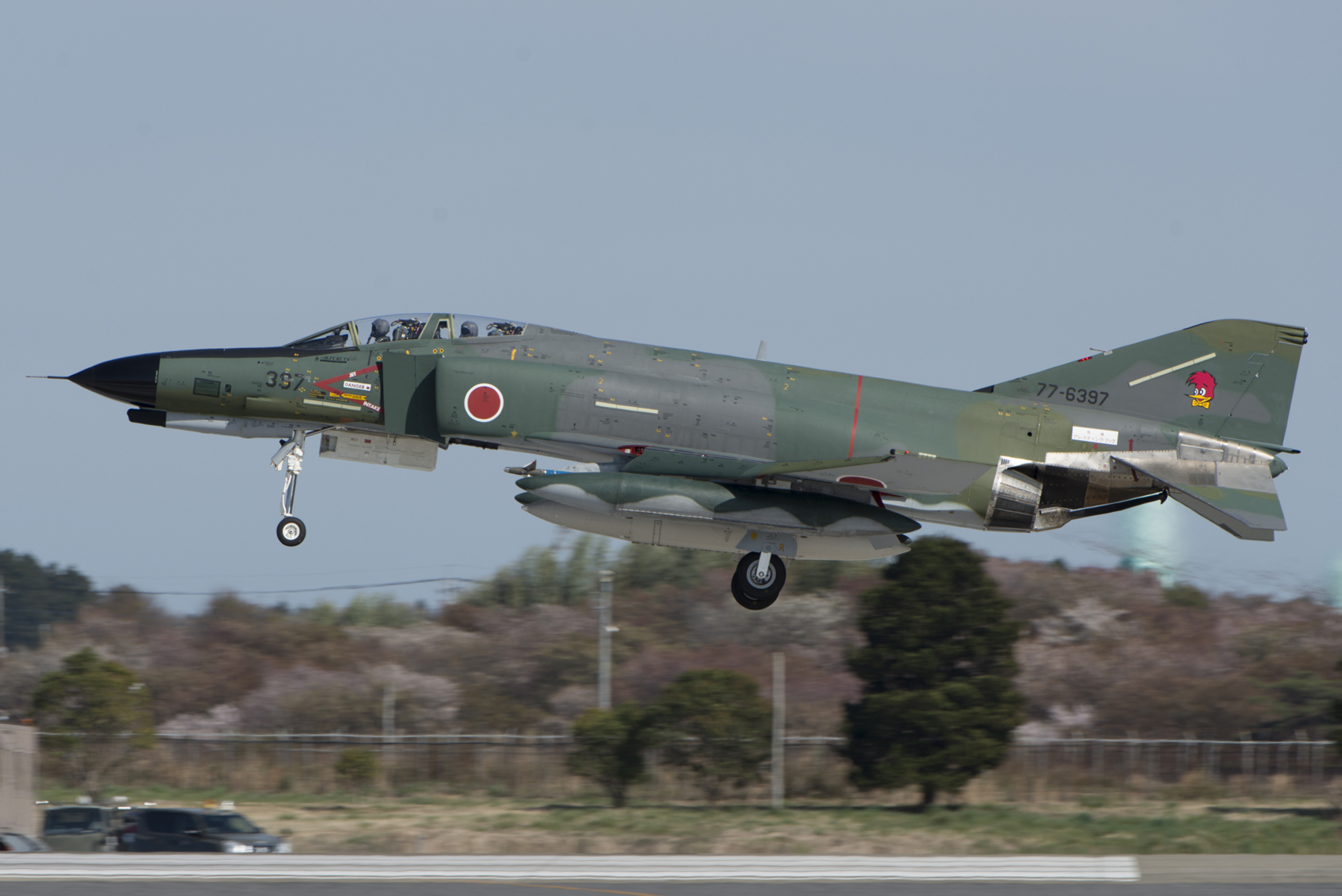 The F-4EJ Kai also received a new central computer, a Kaiser heads-up display, a Hazeltine AN/APZ-79 IFF system, and a license-built Litton LN-39 inertial navigation unit. Additionally a new J/APR-6 radar homing and warning system was integrated including twin aft-facing radomes for this system which are positioned on the fin tip, with a forward-facing antenna mounted on the wingtips. A new, much taller UHF blade antenna was positioned on the dorsal spine, and the lower UHF antenna on the undercarriage door was increased in size in order to improve communication capabilities.

The modified aircraft are also able to carry a 610-US gallon F-15 fuel tank on the centerline. The advantage of this tank is that it is stressed to endure higher G-forces than the original centerline tank originally developed for the F-4.

The modernized F-4EJ Kai was also able to carry the Westinghouse AN/ALQ-131 advanced multimode electronic countermeasures pod. This pod has a wide range of modules and has reprogrammable software which makes it capable of quickly countering new threats.

The weapon capabilities were expanded as well since the F-4EJ Kai was able to launch the AIM-7E/F Sparrow and the AIM-9L/P Sidewinder air-to-air missiles, including the ability to launch the Japanese designed Mitsubishi ASM-1 anti-ship missile. Optional plans to fit slatted wings to the F-4EJ Kai were ruled out on the basis of cost. 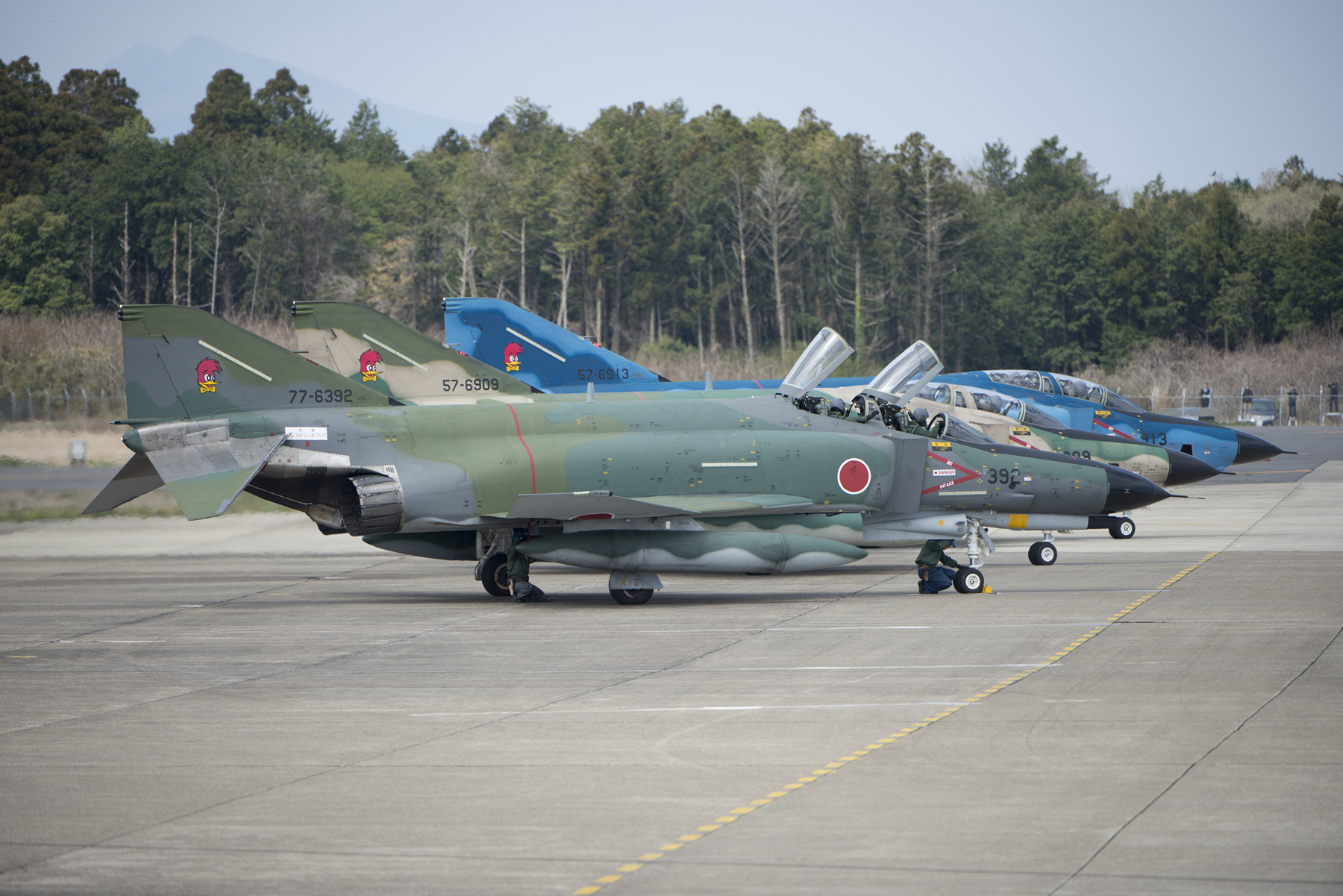 The photo reconnaissance version of the Phantom the RF-4EJ was also submitted to a modernization program and was referred to RF-4EJ Kai.

Equal to the modernization of the F-4EJ fighter, the operational fleet of RF-4EJ photo reconnaissance aircraft were also refurbished and upgraded to RF-4EJ Kai standard. Most of the systems integrated in the F-4EJ were also implemented in the RF-4EJ and as a result the AN/APQ-99 radar was replaced by an improved Texas Instruments AN/APQ-172 radar. A new inertial navigation system was fitted, as well as an infrared reconnaissance system, digital cockpit displays, and a VHF radio to replace the existing UHF system.

The F-4EJ Kai made its initial test flight on 17 July 1984 and the first series production F-4EJ Kai was delivered to 306 Hikotai on 24 November 1989. According to the original plans a total of 110 aircraft would been submitted to the “Kai” modernization program, but was reduced to actually 96 aircraft. Seventeen of the remaining 29 aircraft were to be adapted to the reconnaissance role under the designation RF-4EJ Kai and in total twelve Phantoms were withdrawn from use. 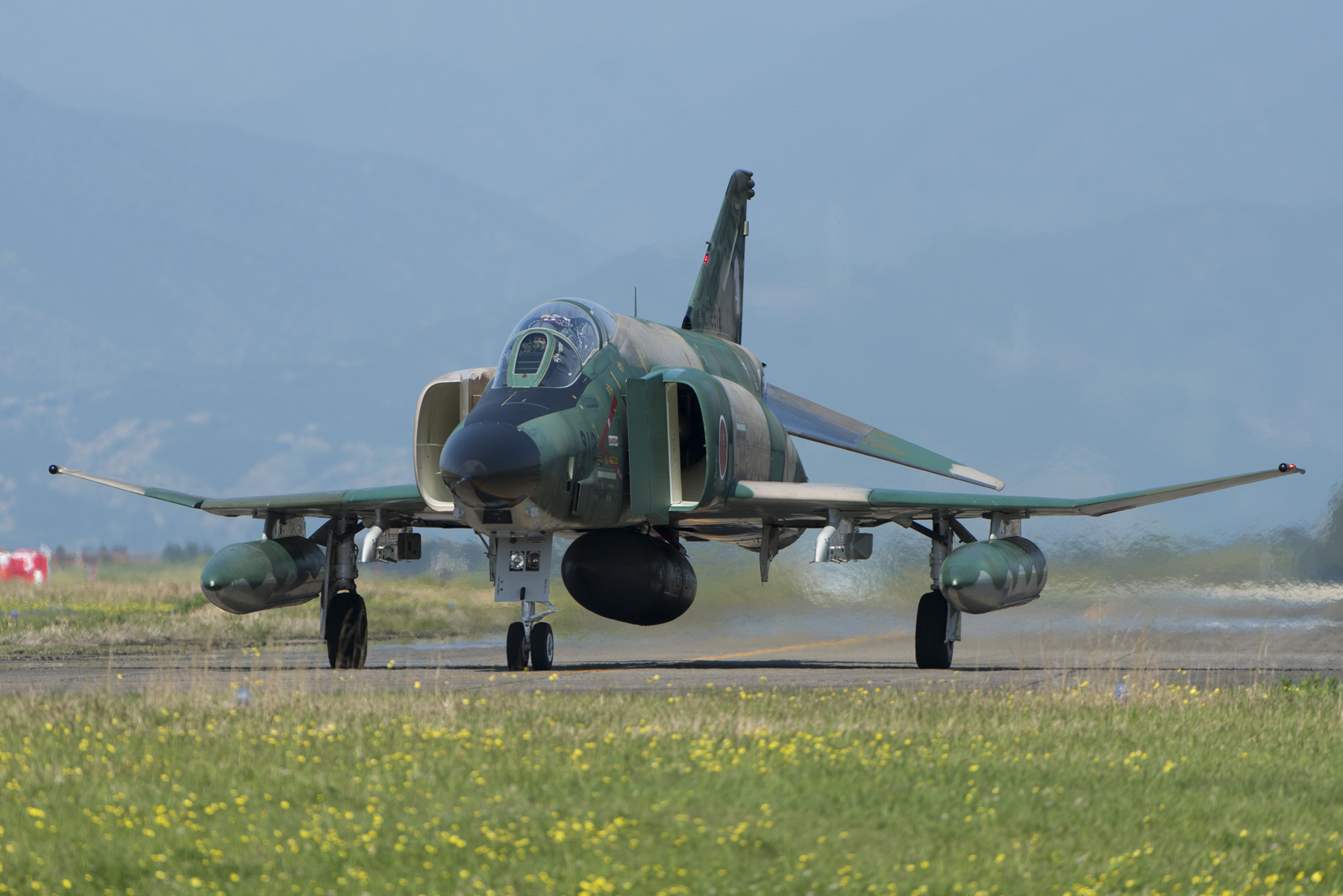 Since the JASDF required additional reconnaissance capabilities, an additional contract was provided to Mitsubishi Electric for the conversion of seventeen existing F-4EJ fighters to the RF-4EJ reconnaissance configuration. These aircraft are also referred to as RF-4E Kai, since they are different from the original RF-4EJ aircraft that have been modernized to the “Kai” standard.

The F-4EJ aircraft kept the original radar, RWR, and navigation set, and they retained the entire armament capability of the F-4EJ. These converted fighters are being equipped with digital avionics, including a Texas Instruments APQ-172 radar, a heads-up display, a podded Thomson-CSF Raphael SKAR, and a large Elint pod developed by Mitsubishi. All converted aircraft were delivered to 501 Hikotai. 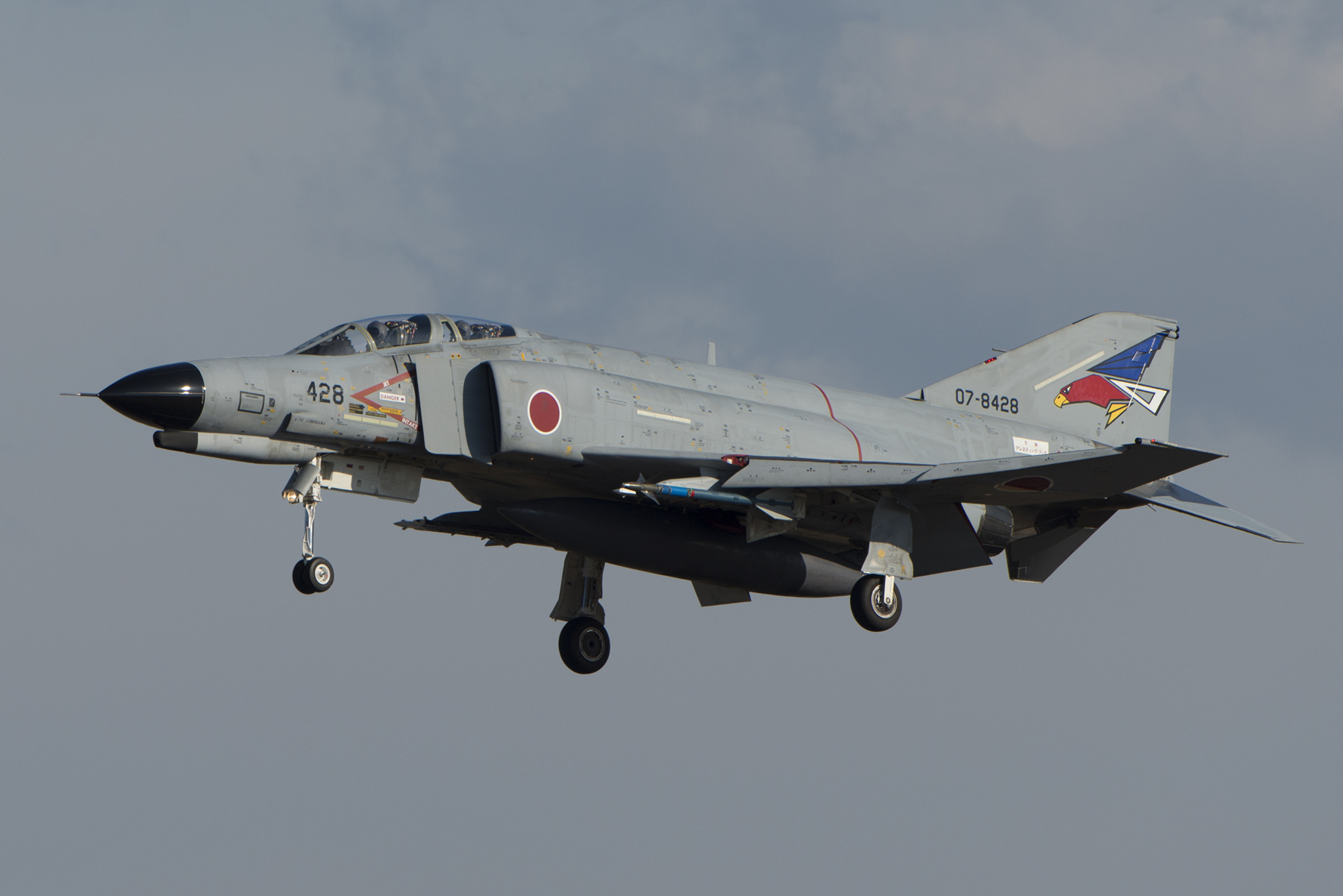 With the purchase of the F-35 the future replacement of the Japanese Phantoms seems near. The first F-35’s are currently built in the United States and are currently undergoing their acceptance tests. With initial pilot training taking place at Luke Air Force Base the introduction of the successor of the Phantoms is approaching quickly. When the Phantoms will definitely been withdrawn from use remains unclear. 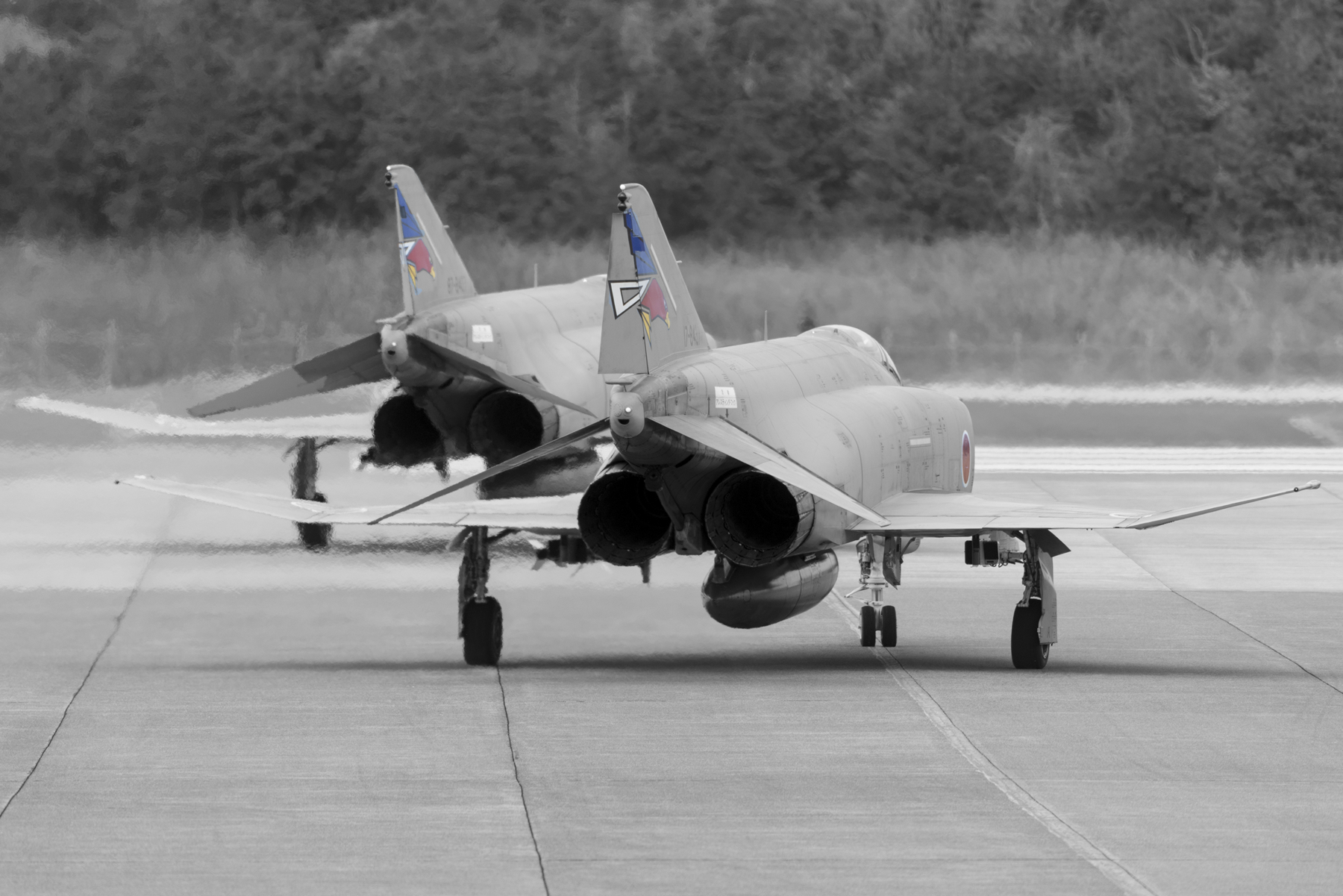 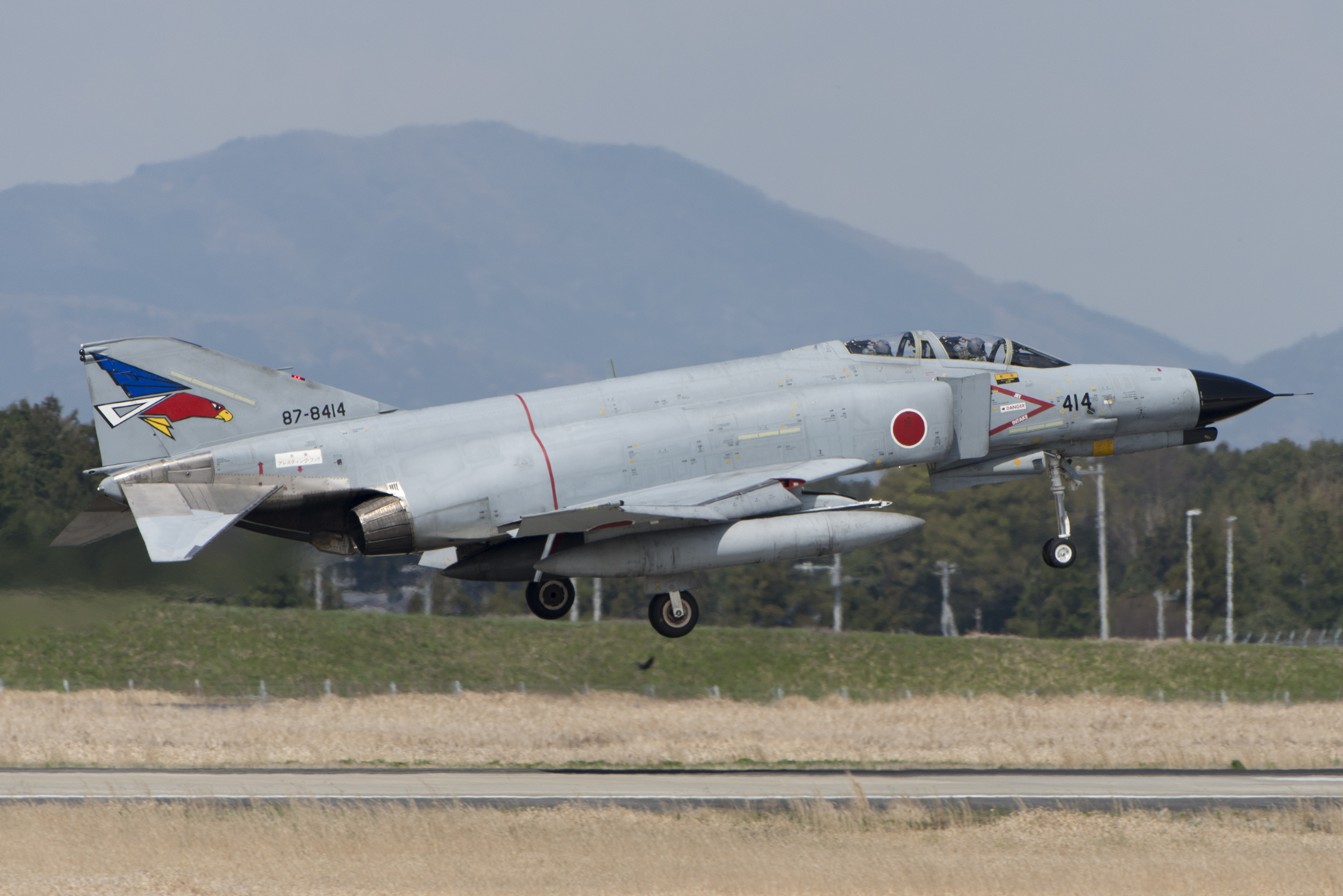 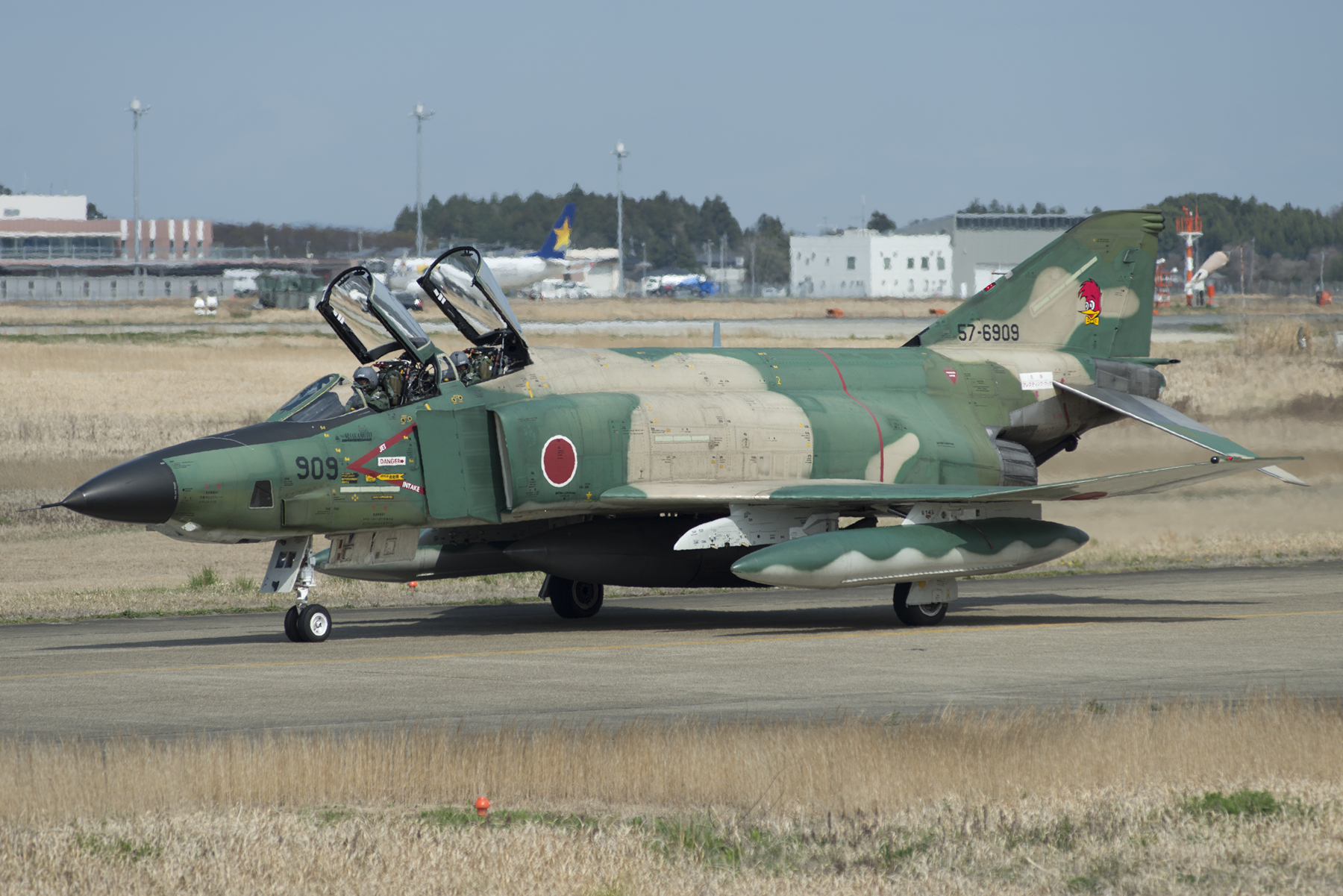 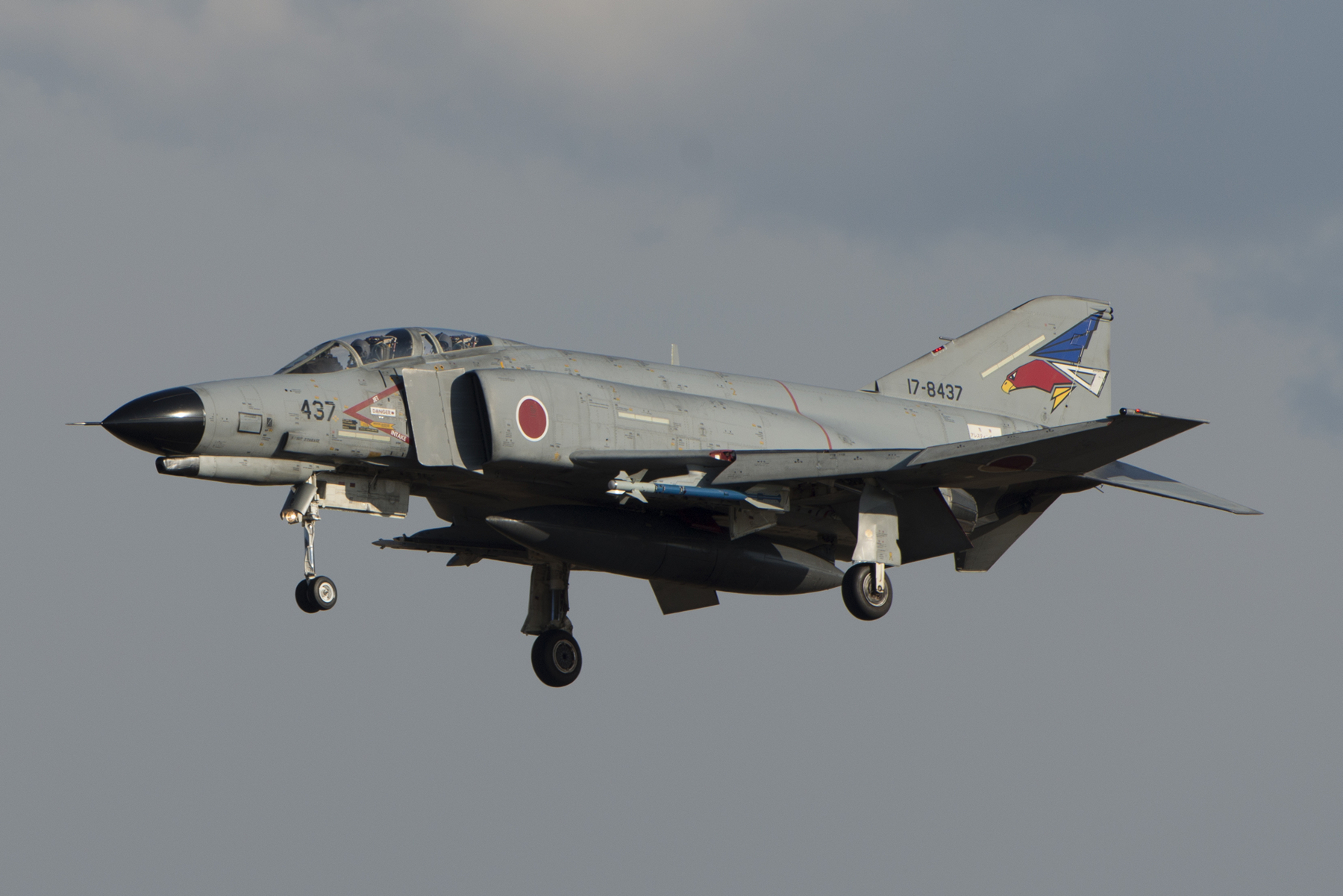 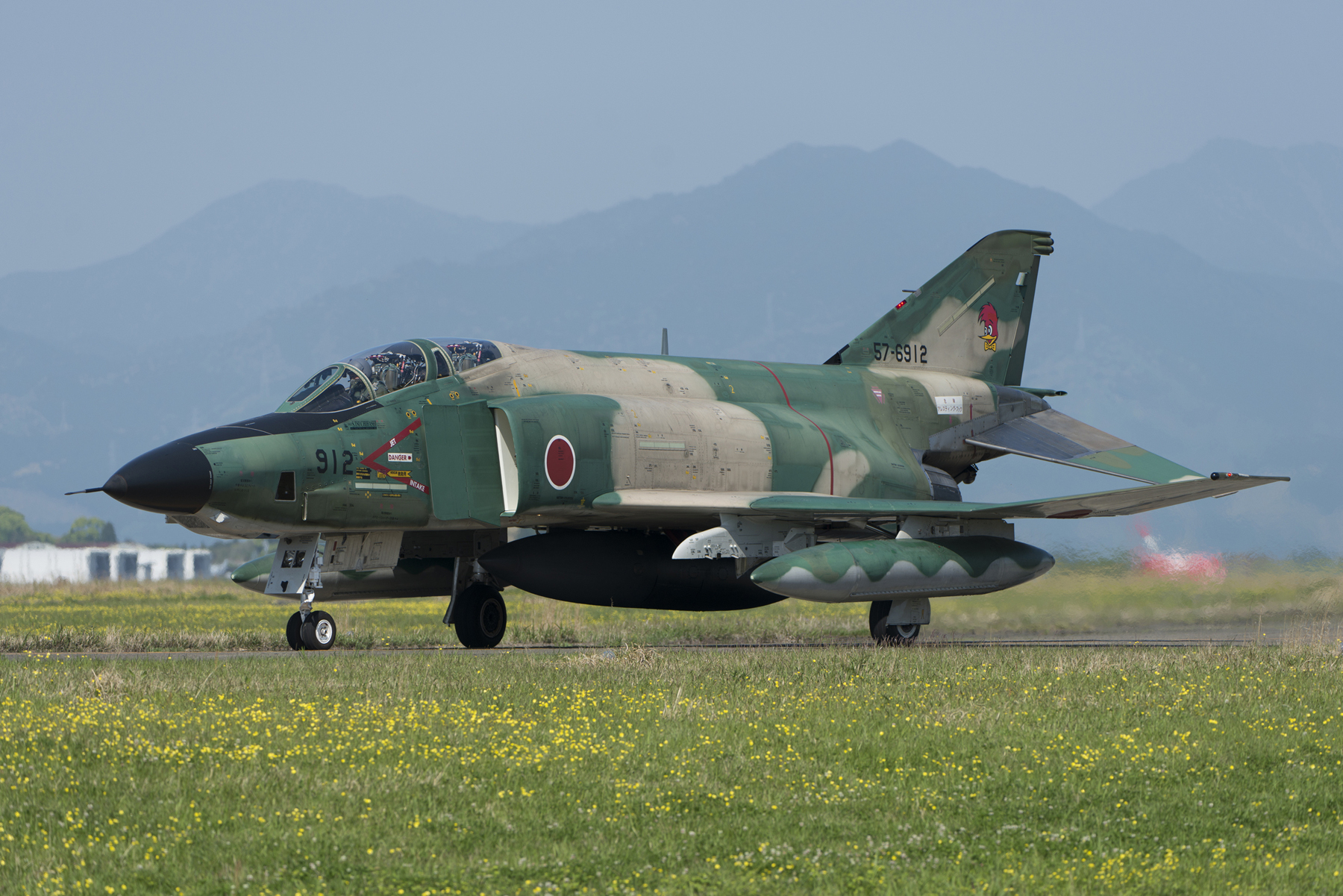 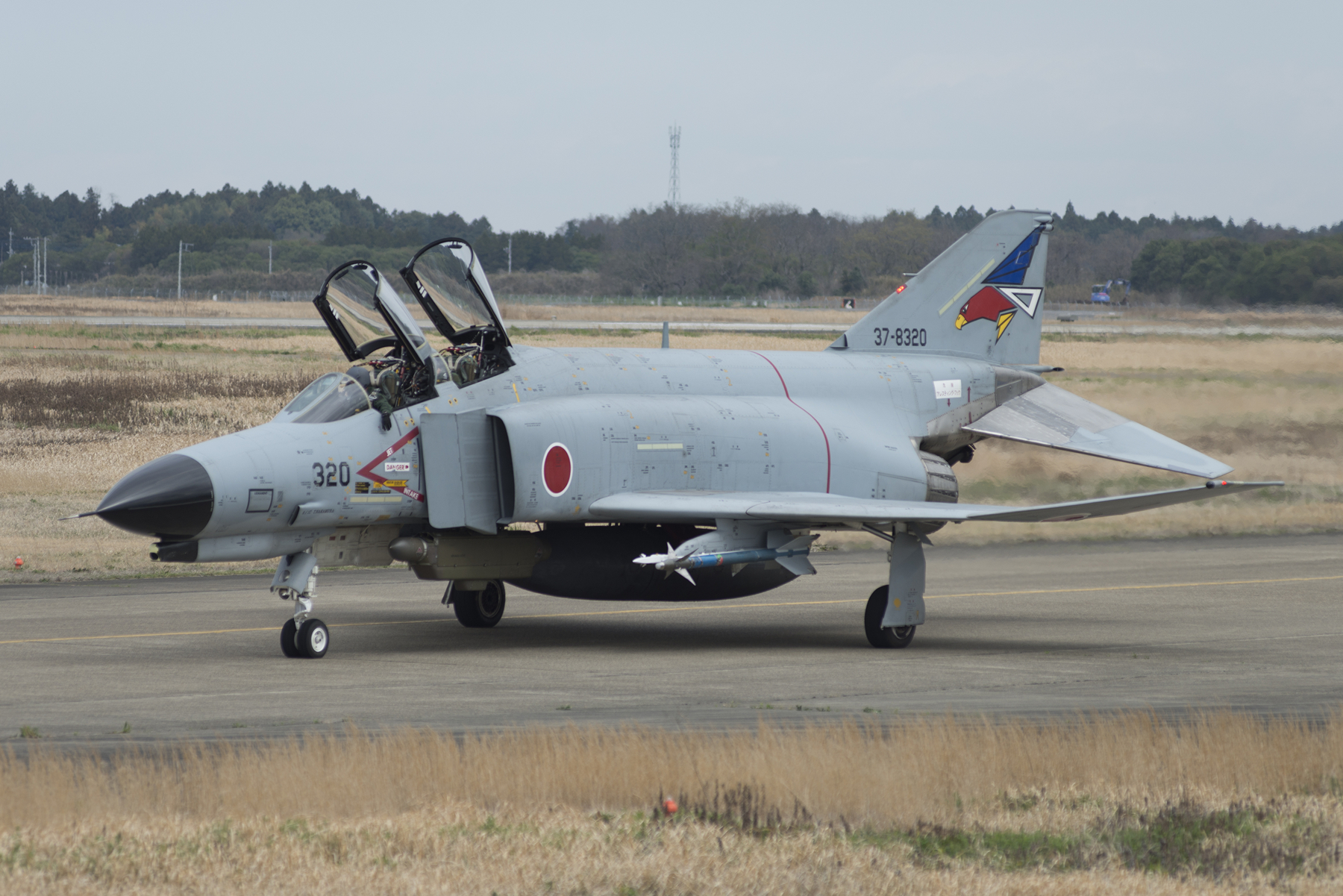 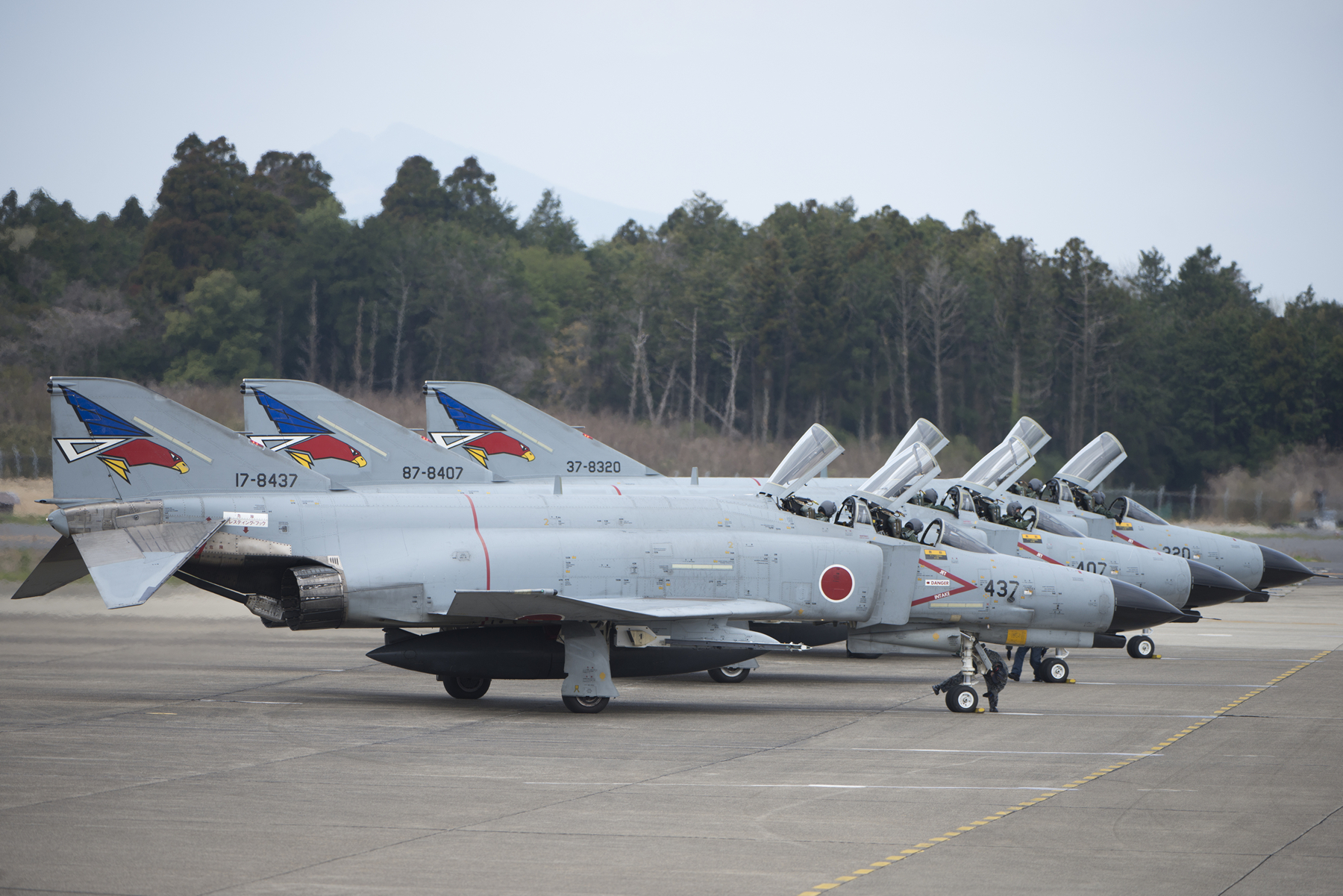 Patrick can be reached at: [email protected]
Send this to a friend
SUBSCRIBE TO OUR NEWSLETTER
All rights reserved © Aviation Photography Digest, 2023
Subscribe to our FREE newsletter and get notified when new articles are published.
Subscribe
×