With the War in the Ukraine at a critical stage, Eastern Europe has been feeling the constant building up of tension Since February. With the Ukrainian Armed Forces putting pressure on Putin’s Army, the tension can be felt all across NATO’s eastern flank, from Romania to Norway.

NATO has been bolstering all of its Allied Nation’s local units. Recent deployments around the Europe show Italians, Canadians, Spanish and US forces all rotating around various countries that share a border with Russia and Ukraine.

These deployments have showcased some of the US Military’s most advanced and capable units. If several years ago it was very rare to see what is known as 5th generation aircraft deployed to any bases in Europe, the past year has seen F-35s in Romania and F-22s across Poland the Netherlands and Norway. Since last February the US has shifted its posture from the recently evacuated Afghanistan to deal with the ongoing tensions caused by Russian aggression.

On August 5th, 12 F-22 Raptors landed at Lask Air Base near Lodz, Poland. The Raptors, belonging to the 90th Fighter Squadron, the “Dicemen” are based out of Joint Base Elmendorf-Richardson, Alaska and are nicknamed “the Dicemen”. Deploying F-22s to Poland is a significant show of force on the US’s part. These aircraft are considered by most experts to be the World’s best fighter jets, placing them in Poland is meant to showcase the US and NATO’s commitment to defending Allied nations from the possibility of a Russian invasion.

While in Poland the “Dicemen” haven’t been wasting any time getting to know the neighborhood, The F-22 Raptor squadron has been training with not only the Polish Air Force but with 10 other Allied Nations as well. This is a concentrated effort to enhance the Raptors ability to cooperate as seamlessly as possible within NATO’s eclectic fighting force.

Additionally, over the past several months since deploying, these aircraft have also forward deployed to various other locations around Europe such as Norway and the Netherlands.

We met with the CO of the deployment Lt. Col. Michael “Popeye” Kendall, 90th Expeditionary Fighter Squadron commander. Lt.Col Kendall was pretty blunt when asked how long his men and women would be deployed to Eastern Europe “As long as we need to be here” was his straightforward no nonsense answer.

With a contingent of 300 Airmen under his command during this deployment, they have all been keeping pretty busy trying to improve their abilities to adapt to an unfamiliar environment.

What is the framework mission of the current deployment?

We are here in support of NATO’s Air Shielding mission. NATO Air Shielding integrates Allied Air and Surface Based Air and Missile Defense units into the Integrated Air and Missile Defense system under NATO Command and Control. What that looks like is an enhanced posture on the eastern flank of NATO territory, not only to deter our adversaries, but also to assure our Allies that we are ready to respond to any threat, any time. Since being in the European theater, we’ve integrated and trained with more than 10 NATO Allies which has increased our interoperability and readiness, providing this region a credible, effective deterrent in an evolving threat environment.

Are there plans in the future for F-22s to operate from other NATO/Allied bases in the European theater?

While in Europe, we have forward deployed to Norway and the Netherlands to execute agile combat employment and integrate with various NATO Allies and partners. If given the opportunity or tasking to operate from other NATO/Allied bases, we will support as able.

Has the unit been able to train and if so how does training in Poland under these circumstances differ from training in the U.S.?

Yes, we are continuously training with our NATO Allies and partners. We mostly conduct basic fighter maneuvers and some 2 versus 4 beyond visual range (Advanced Combat Maneuvers). We have also had the opportunity to participate in a few large force employment exercises in Slovakia, Poland and Norway.

Training here has been limited slightly by lower advisory numbers and the size of the airspace. We are not able to execute all of our mission sets here, but have been able to get around that by the number of NATO Allies we have trained with. The airspace here is also a much closer distance allowing us to spend more time focused on the fight and less on the time transiting to and from the airspace.

Have you encountered any challenges while deployed that you hadn’t anticipated?

We have deployed quite a few times so there are very few things we don’t account for when preparing for the trip. There have been plenty of challenges, but nothing that we didn’t expect or weren’t able to overcome. We would like to have zero challenges, but based on us not being at a US military base, there were always going to be logistical challenges associated with that. Regardless of where we are located, we always have great support from our host units to ensure we maintain readiness.

In addition to the US detachment at Lask, the Italian Air Force deployed a contingent of 8 Typhoon fighters to Marlbork Afb as well. These deployments during the current conflict show that NATO has the capability to utilize a variety of forces from across several countries and continents and bring all into the fold to defend the integrity of the Alliance.

With Winter rapidly approaching, it would seem like NATO and its allies have their work cut out for them. 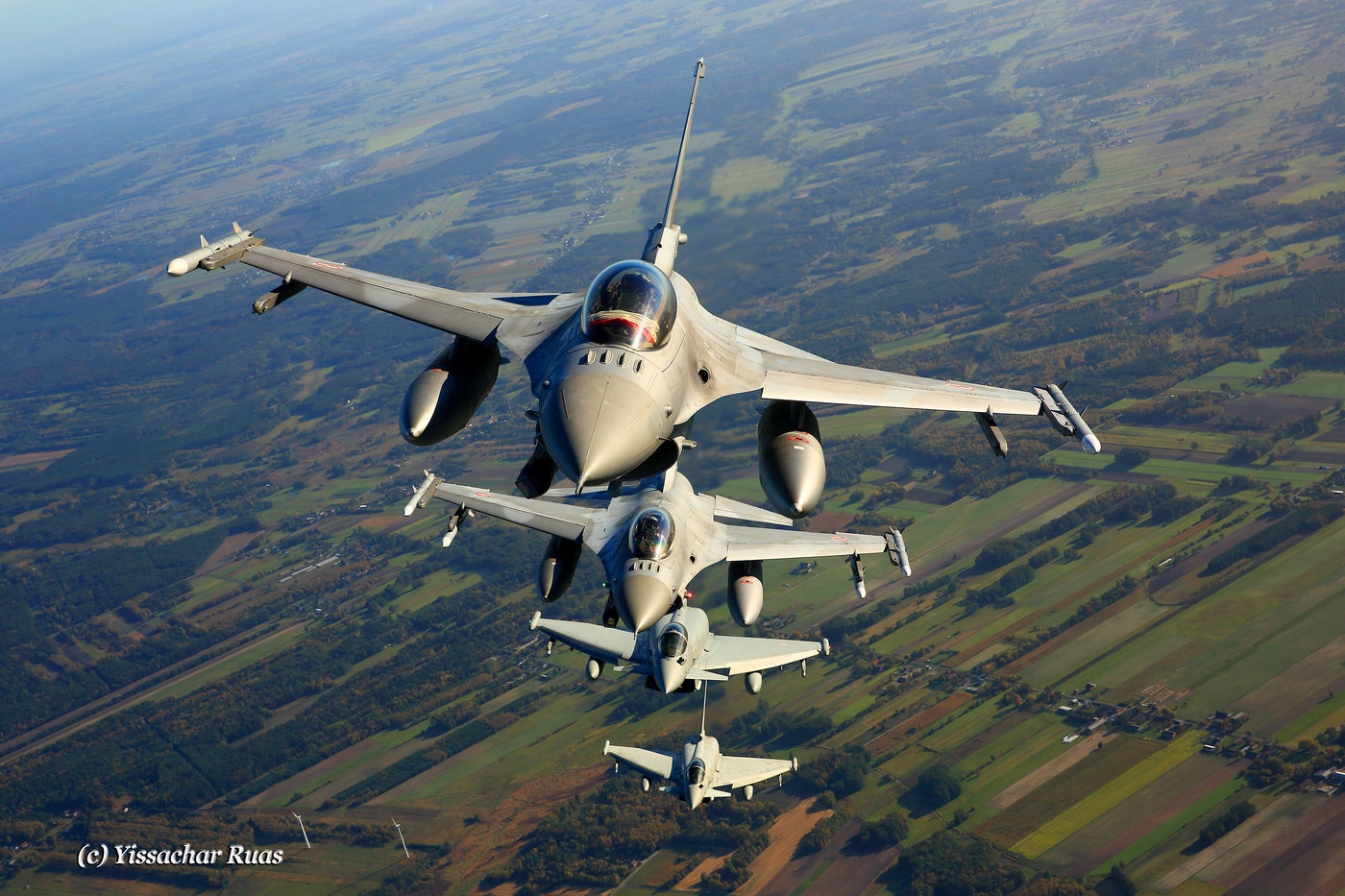 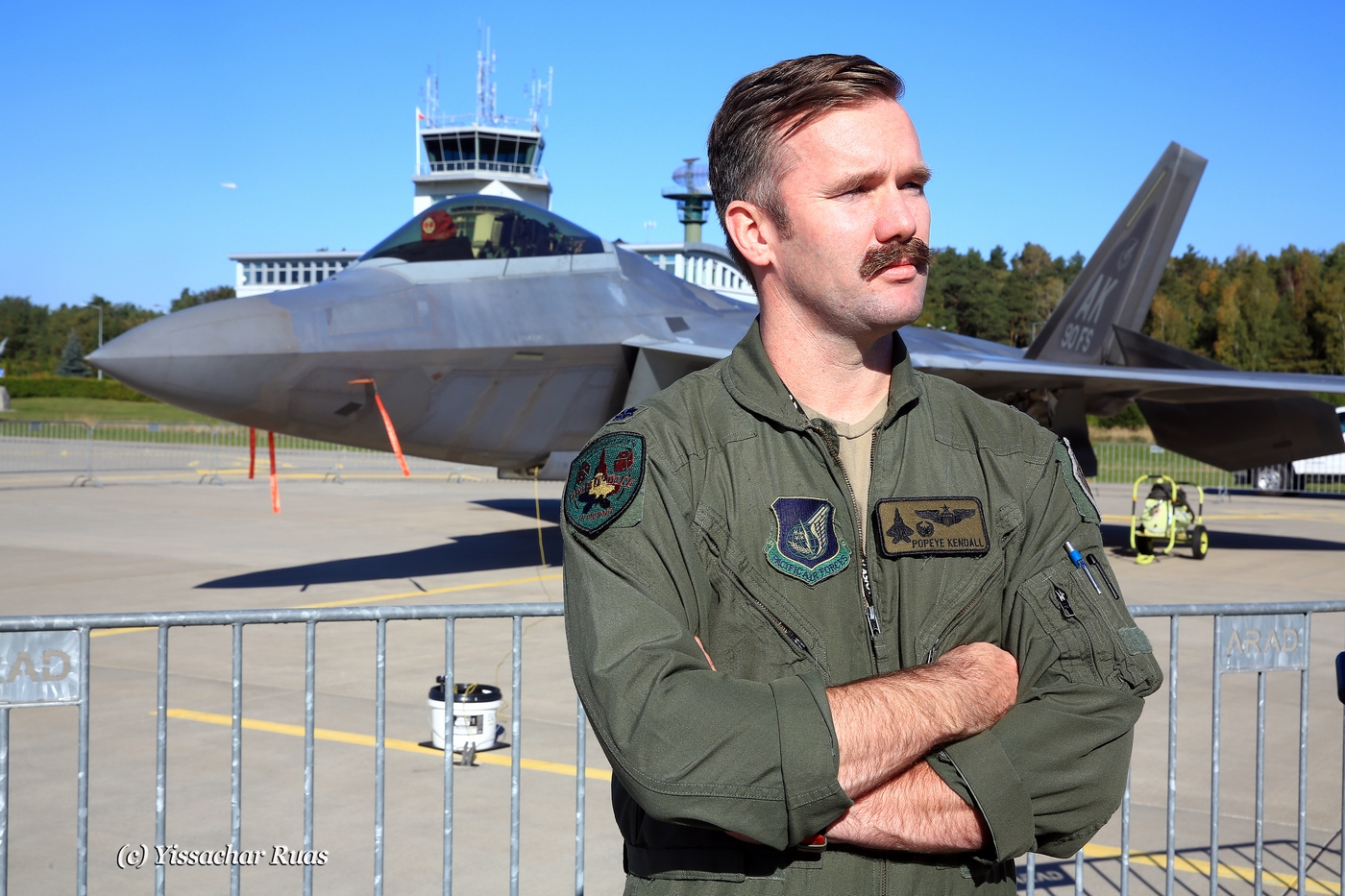 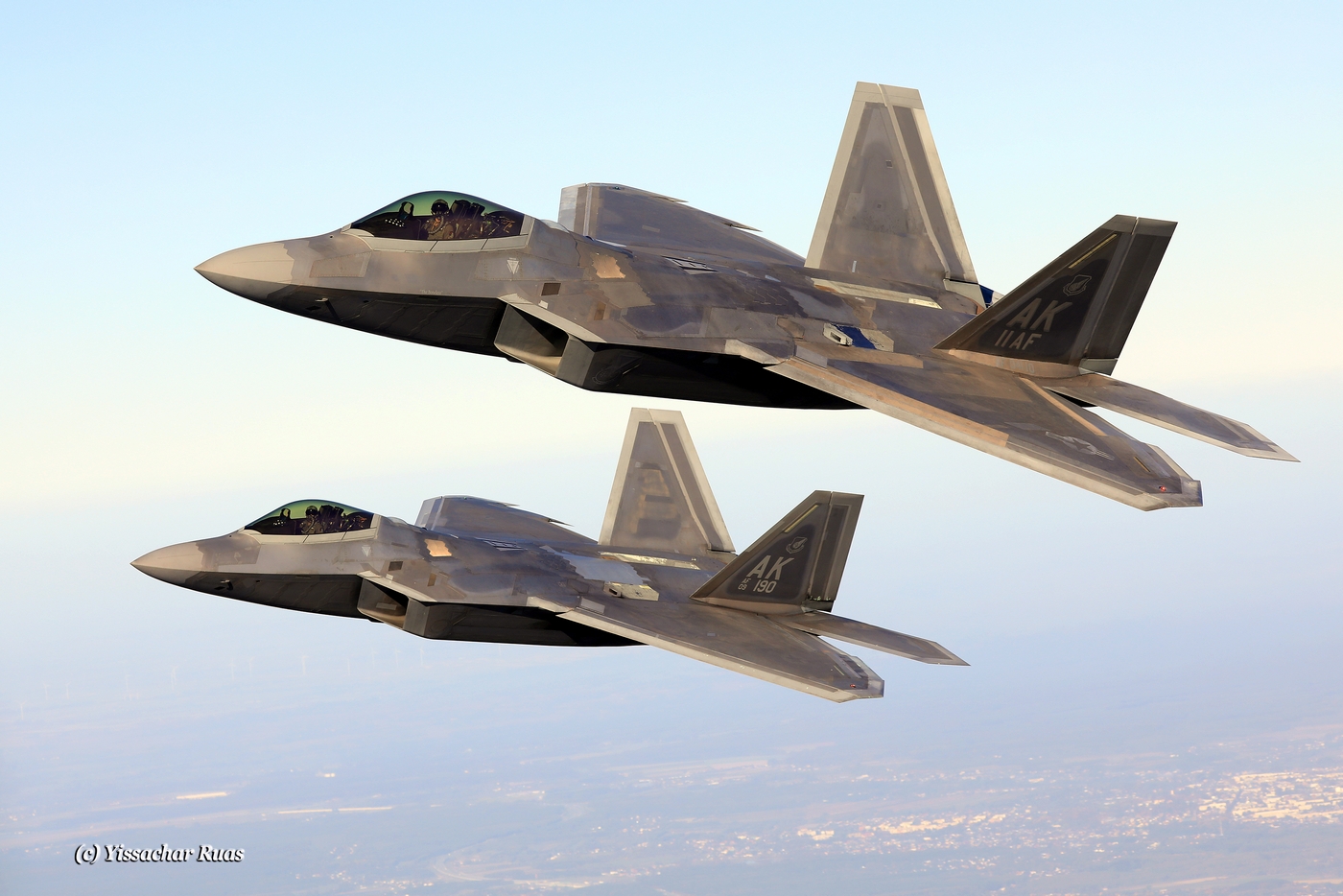