The Netz Bows Out

After 36 years of service the F-16 A/B falcon aka “Netz” was retired this week from active IAF service. In a ceremony in Ovda AFB, the last squadron to operate the type the “Flying Dragon” Squadron also known as the “Red” Squadron.

The F-16A/B began its service on January 31 1980, a bit earlier than initially planned. This early start was due to the Islamic Revolution which took place in Iran in 1979, effectively terminating the new Republic’s relationship with the US Defense industry. The Shah’s Iran had ordered 160 F-16s, these Falcons were in various stages in the assembly line. The Israelis who had ordered the F-16s as well, initially wanted to have them modified, regardless, the Israeli aircraft were behind the Iranian aircraft on the production line. With the Iranian order effectively cancelled, the Israelis according to some jumped on the opportunity, while others claim they were forced to take aircraft that weren’t in line with their original plans since the Iranian aircraft were significantly different in engine type and other key elements.

The Israeli Air Force put the “Netz” as it was nicknamed, to work very quickly. Israel was fighting PLO terrorists encamped on its border with Lebanon. Soon enough, just a bit more than a year from entering service, on June 7th 1981, the Netz conducted one of its most glorious feats to this day. Flying low and fast, in true pinpoint Israeli fashion, 8 F-16s struck the Osirak Nuclear Reactor just outside of Baghdad, sending Saddam Hussein’s plans of creating the first “Arab Nuclear Bomb” up in a plume of smoke and rubble. One of those aircraft, sn# 113 was one of the last flying F-16As this week.

The ceremony held in Ovda coincided The Commander of the IAF Gen. Amir Eshel’s first flight on the F-35 in Nevatim AFB. Nevatim was home to the Netz for the past decade until last year. The parallels many, it is hard to imagine the IAF without this sleek aircraft. The Netz in addition to bombing the Osirak Reactor also shot down over 40 Syrian aircraft during the first Lebanon War in 1982 and it wasn’t an uncommon sight to see current day F-16s sporting “kill” signs from almost 40 years ago – a true tribute to the IAF Technical Division’s excellence.

The first “Kill” accredited to the F-16 was by Brig. General Rafi Berko who shot down a Syrian Mil-8 “Hip” Helicopter on April 28th 1981. He first attempted to shoot down the helicopter with a missile unsuccessfully before transferring to cannons and downing the aircraft.

The IAF Netz community has also endured tragedy, Assaf Ramon, Israel’s first Astronaut Ilan Ramon’s son was killed in the type in a training accident in 2009 shortly after graduating from the IAF’s Flight Academy.

In the ceremony this week, the Flying Dragons Commanding Officer compared the Netz to the children’s book “The Giving Tree”, he thanked the aircraft on behalf of the IAF for giving so much for the defense of the State of Israel, while giving everything it had whether in combat or in training – The Netz was always up for the challenge, and always performed well beyond its call of duty. 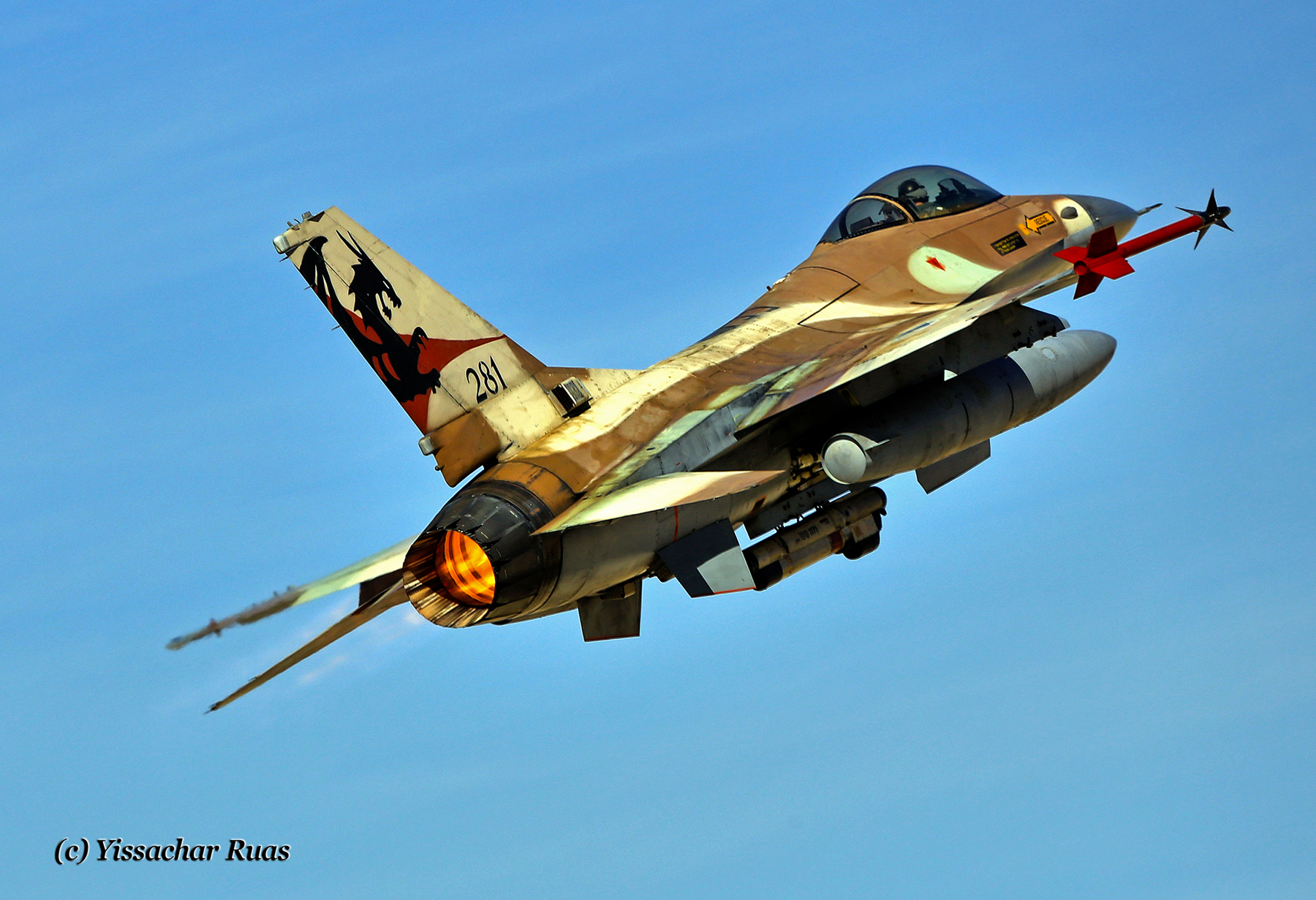 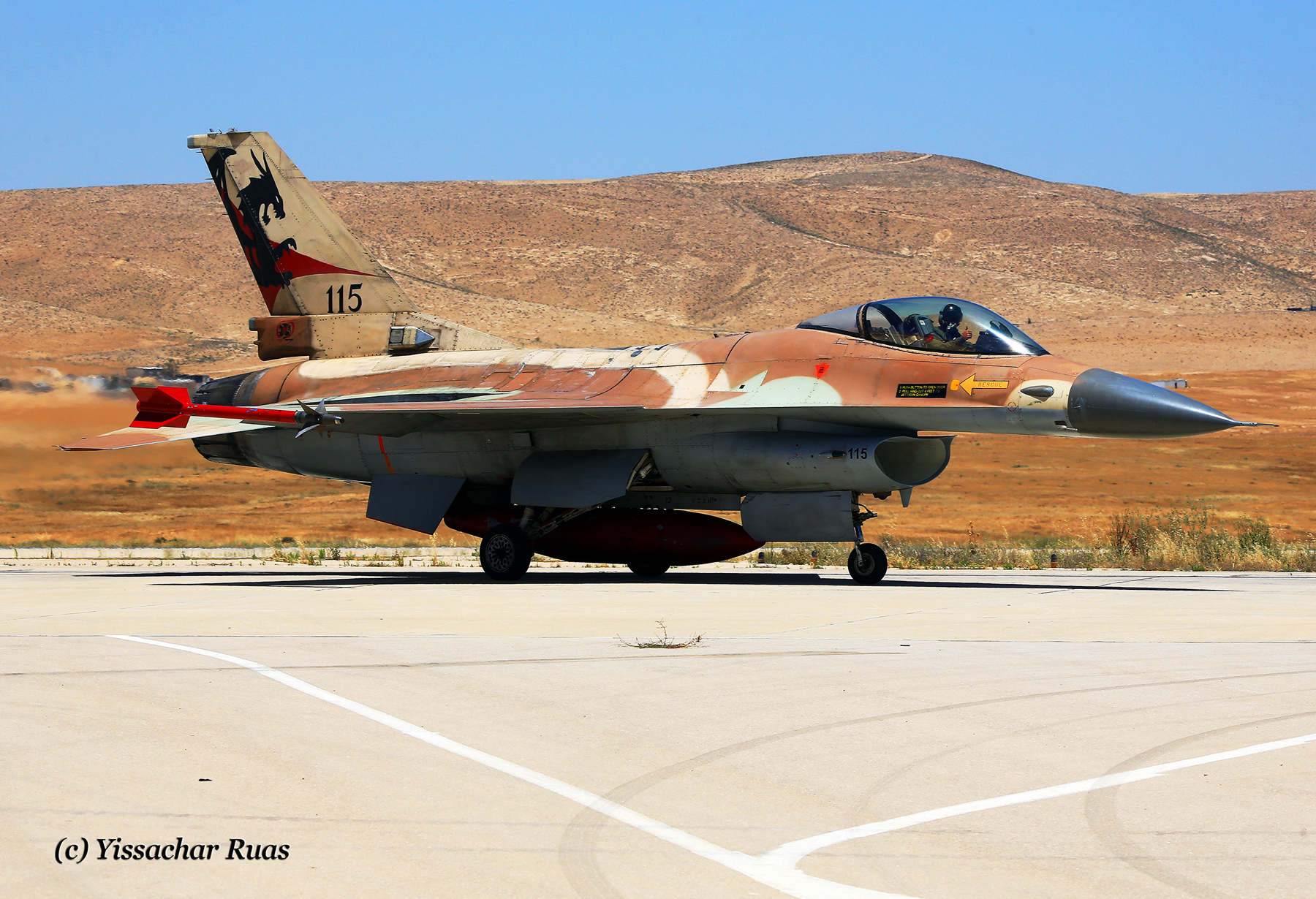 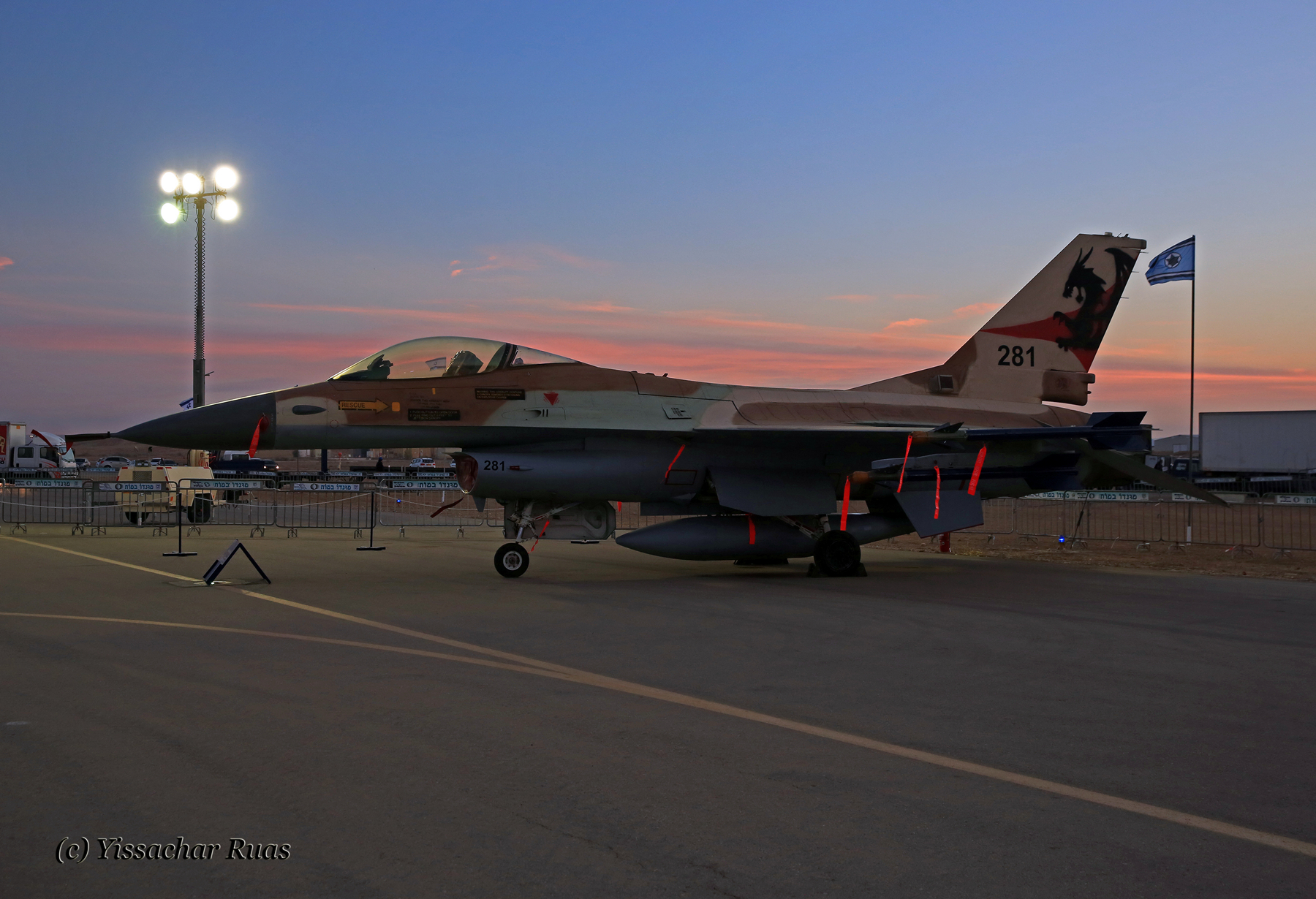 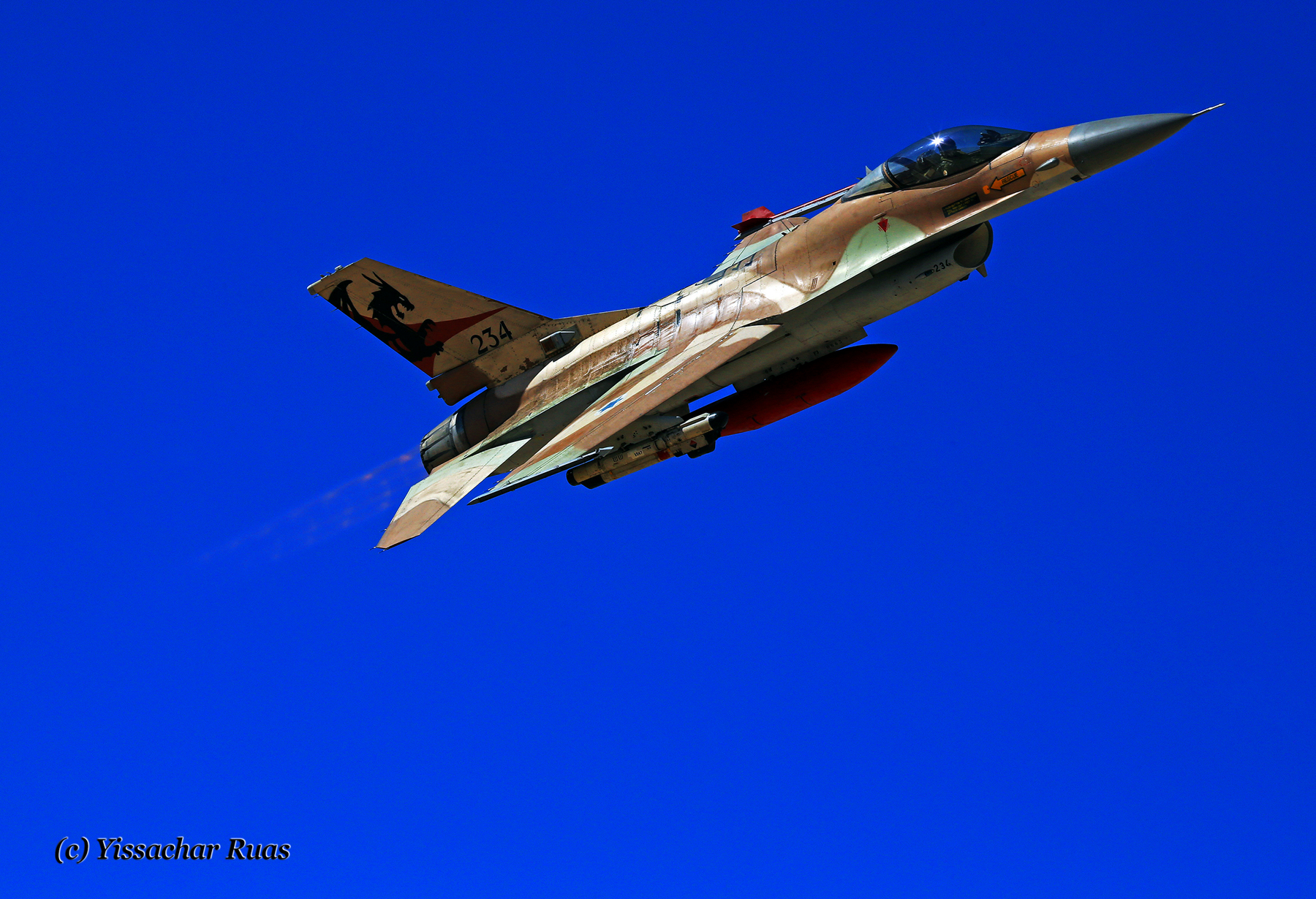 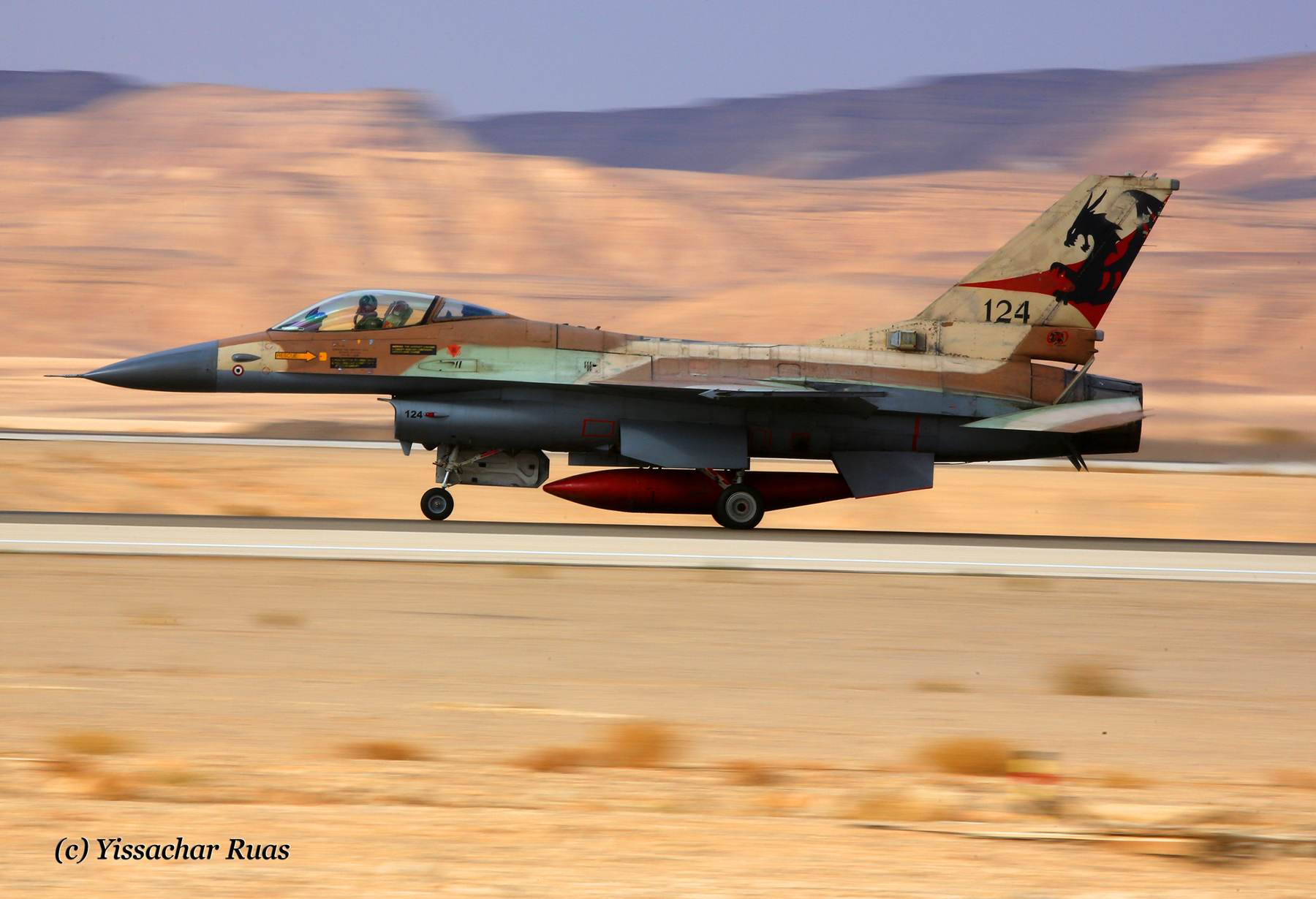 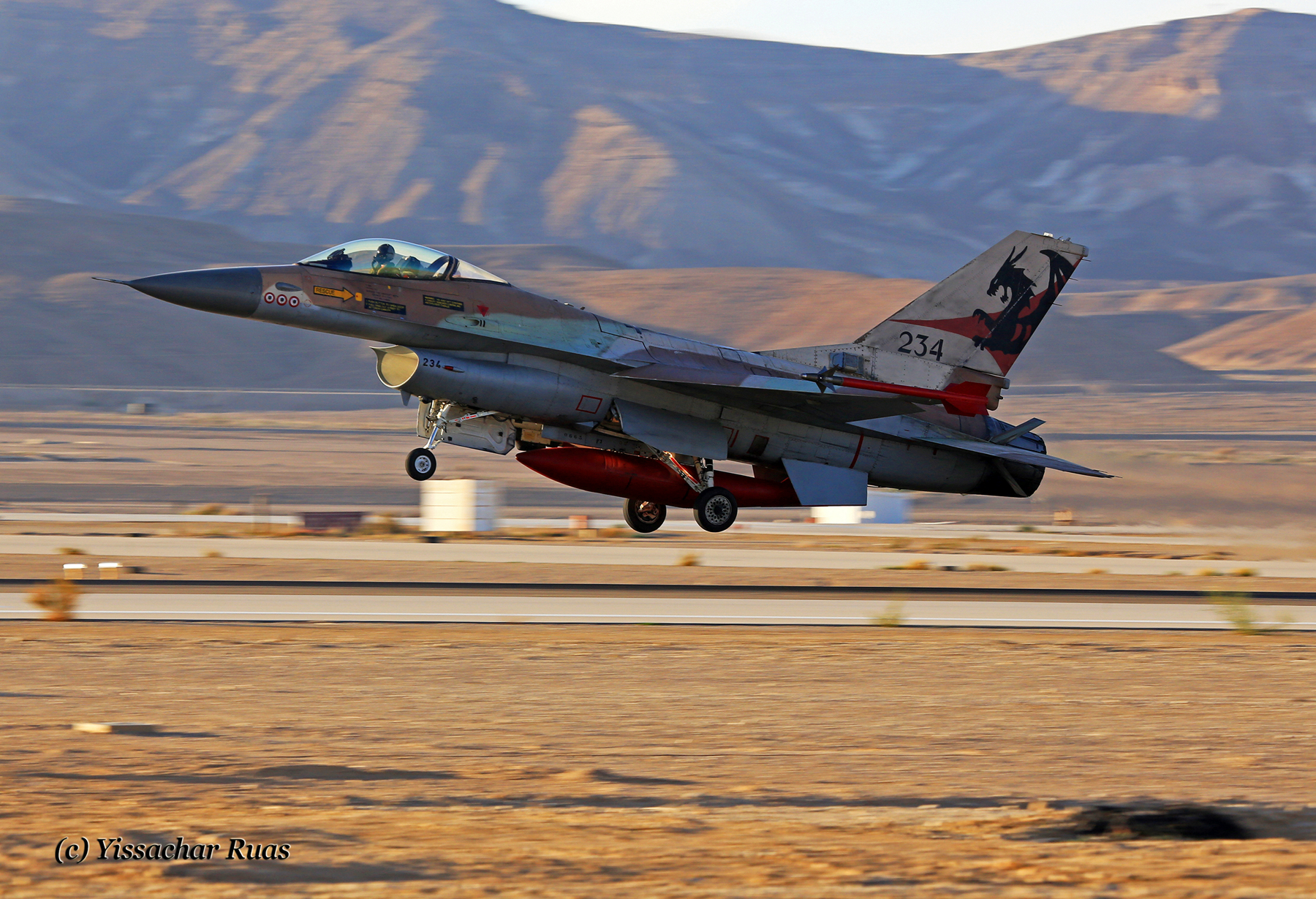