All images by authors

The United States Naval Aviation currently operates three different types of aircraft to project adversary scenarios for the operational strike fighter squadrons. The Composite Fighter Squadrons VFC-13 at NAS Fallon (Nevada) and VFC-111 at NAS Key West (Florida) are both equipped with the Northrop Grumman F-5N and F-5NFTiger II and VFC-12 at NAS Oceana (Virginia) is currently equipped with the Boeing F/A-18E Super Hornet after replacing their Legacy Hornets in 2021. VFA-204 “River Rattlers” is a Navy Reserve strike fighter squadron, based at Naval Air Station Joint Reserve Base New Orleans, currently still operating F/A-18C Legacy Hornet. The Naval Air Warfare Development Center (NAWDC) at NAS Fallon operates a variety of types amongst which also the last of the remaining operational Legacy Hornet and fourteen Lockheed Martin F-16A/B Fighting Falcons in the Navy inventory, for the projection of adversary scenarios. With the withdrawal of use of the last Legacy Hornet the United States Navy has developed a number of alternatives. Patrick Roegies and Jurgen van Toor are reporting on the developments taking place.

Developing alternatives including criteria for the decision analysis

With the gradual introduction of the F-35C within the operational squadrons the United States Navy has developed a number of alternatives that would honour the desired/developed criteria of modern air combat development with the introduction of the fifth generation fighters, while being able to project dissimilar air combat training to the active Strike Fighter Squadrons. The two main assets within the operational Strike Fighter Squadrons are the F/A-18E/F Super Hornet and the F-35C Lighnting II.

With the desire to project an as realistic and diverse adversary scenario the United States Navy was tasked with finding a worthy replacement for the Legacy Hornet. For the fourth generation F/A-18 Super Hornet a realistic scenario can be projected using the F-5N and the F-16A/B and the external commercial providers of adversary capacity, however, with the withdrawal of the Legacy Hornet the capacity is spread thin. Using the Super Hornets which have become available from the squadrons that have made their conversion to the F-35C Lightning II do resolve the capacity shortage, but limit the possibility to project dissimilar air combat training. For this purpose a different type of aircraft received a high weight factor in the decision analysis.

Developing a realistic adversary for the F-35C Lightning II was the remaining challenge. As there are no possibilities within the Naval Aviation capabilities to project dissimilar air combat training for the fifth generation capabilities the United States Navy had to limit their desired criteria within the decision analysis.

To resolve the future shortage of adversary capacity the following decisions have been made. The F-5N currently assigned to VFC-13 “Saints” based at NAS Fallon will be transferred to VFA-204 “River Rattlers” based at Naval Air Station Joint Reserve Base New Orleans. The F-5N and F-5F assigned to VFC-13 “Saints” are currently subjected to an F-5N+/F+ Avionics Reconfiguration / Tactical Enhancement and Modernization for Inventory Standardization (ARTEMIS) upgrade program also referred to as the PMA-226. Project. The Naval Air Systems Command (NAVAIR) awarded a five-year contract for the F-5 N/F Capability Upgrade (Block Upgrade program), modification, and overhaul of the first batch of aircraft started in the second quarter of 2021. Initial aircraft have already been upgraded and have been returned to VFC-13 “Saints”. The remaining aircraft will surpass their upgrade program after they will be transferred to VFA-204 “River Rattlers”.

VFC-12 “Fighting Omars” have exchanged their Legacy Hornets in 2021 and are currently operating the F/A-18E Super Hornet. Operating the Super Hornet Adversary capacity can be projected but the current remaining gap is the dissimilar air combat training.

The United States Navy will receive an additional twenty-six ex-United States Air Force/Air National Guard F-16s of which twelve will to be assigned to VFC-13 “Saints” and fourteen will be assigned to NAWDC, with the first F-16’s being delivered as early as April 2022. The fourteen additional F-16s will operate alongside the fourteen F-16A/B already assigned to NAWDC as there are no plans to retire these aircraft. This solution will honour the desire to maintain the projection of dissimilar air combat training to the operational Strike Fighter Squadrons, using realistic fourth generation capability.

The acquired F-16s will all be delivered from the 309th AMARG storage facility at Davis Monthan Air Force Base and the aircraft will be subjected to a severe depot level inspection prior to their delivery to the United States Navy. The deliveries are expected to be completed by the end of 2022 and it remains to be decided if the F-16A/B aircraft currently assigned to NAWDC will be replaced as well by the acquired batch of F-16s.

The Navy will also remain using the commercial providers of adversary capacity as well to increase the range of dissimilar air combat training as wide as possible, training the Strike Fighter Squadron crews as well as possible for their future challenges.

The United States Navy will use the F-35C to project fifth generation adversary capacity for the operational F-35C squadrons. For this purpose NAWDC will receive a total of six F-35Cs of which three have already been delivered to NAWDC. There are plans to use the Lockheed Martin F-22A Raptor and Lockheed Martin F-117A as realistic fifth generation adversaries, but since these are non-Navy owned assets these plans require coordination and agreement with the United States Air Force.

With the acquisition of the batch of forty ex USAF/ANG F-16s the United States Navy developed a fast solution to cope with the shortage in capacity as a result of the withdrawal from use of the Legacy Hornets. By transferring the F-5N to the East Coast the newly acquired F-16s can be concentrated at NAS Fallon where the know-how, capacity and capability to operate and maintain this type of aircraft is already present and supports the requirement for dissimilar air combat training. With the continuous use of the commercial providers the variety of fourth generation dissimilar air combat training is safe-guarded for the current f/A-18 strike fighter squadron community. 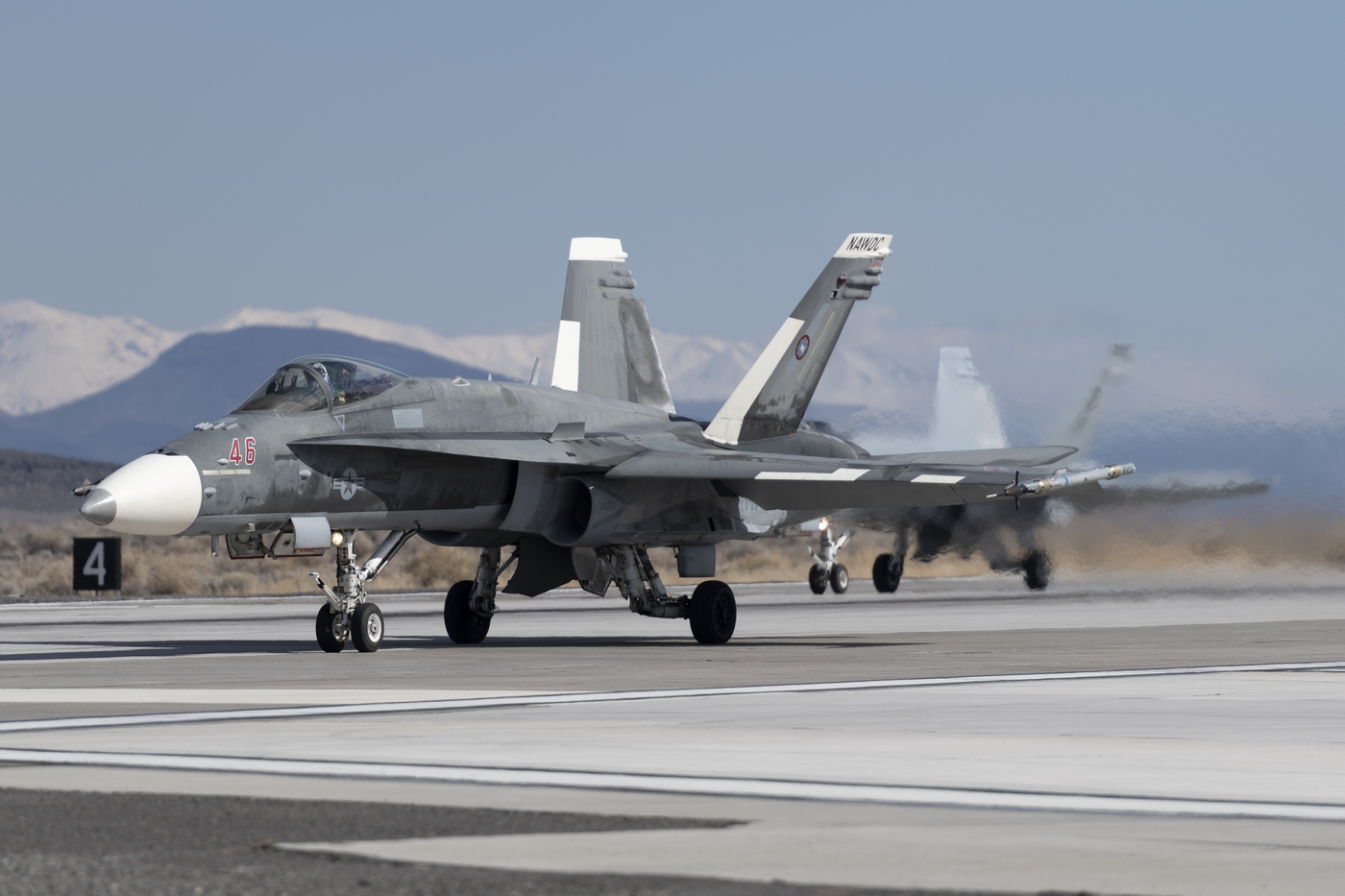 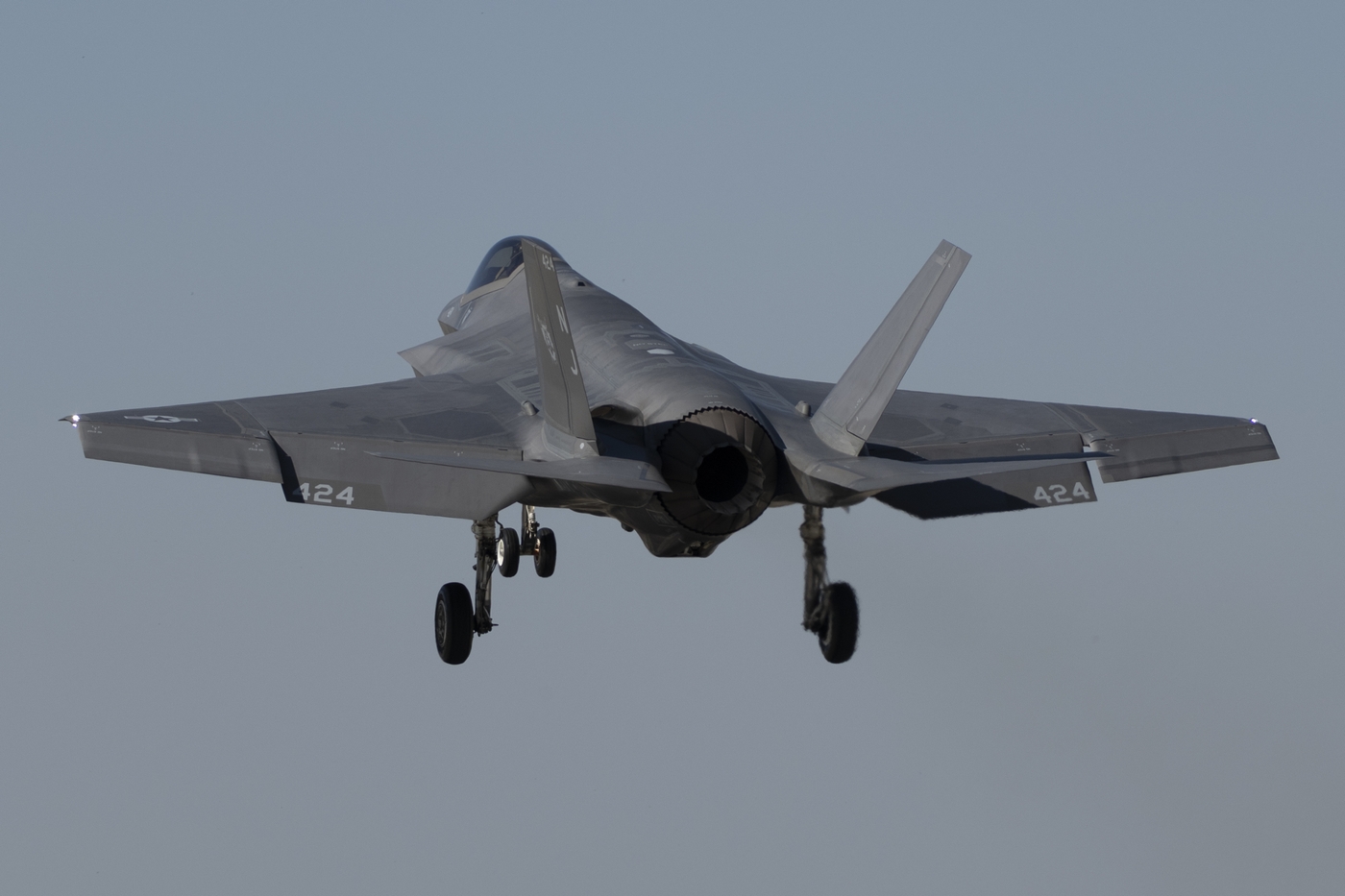 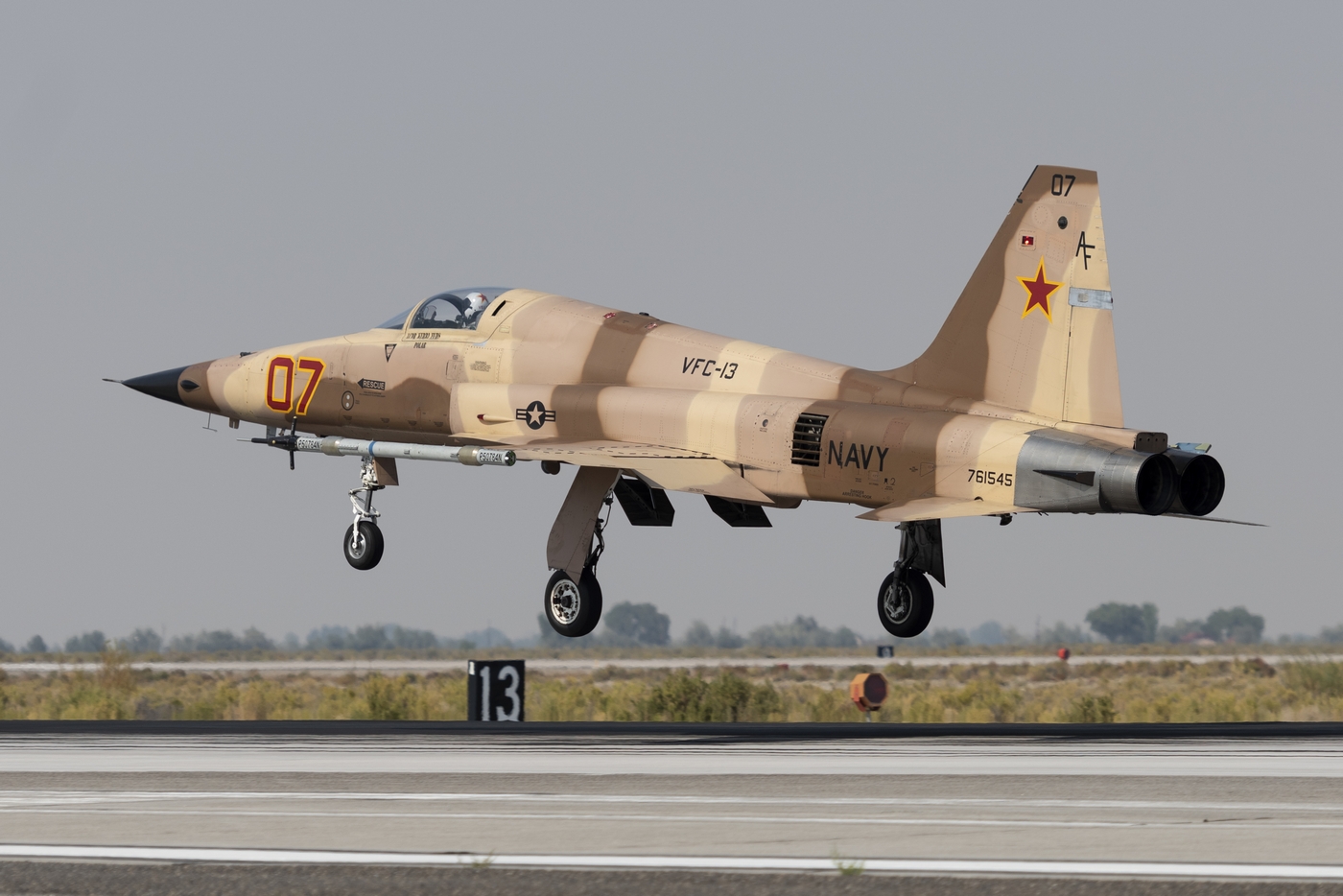 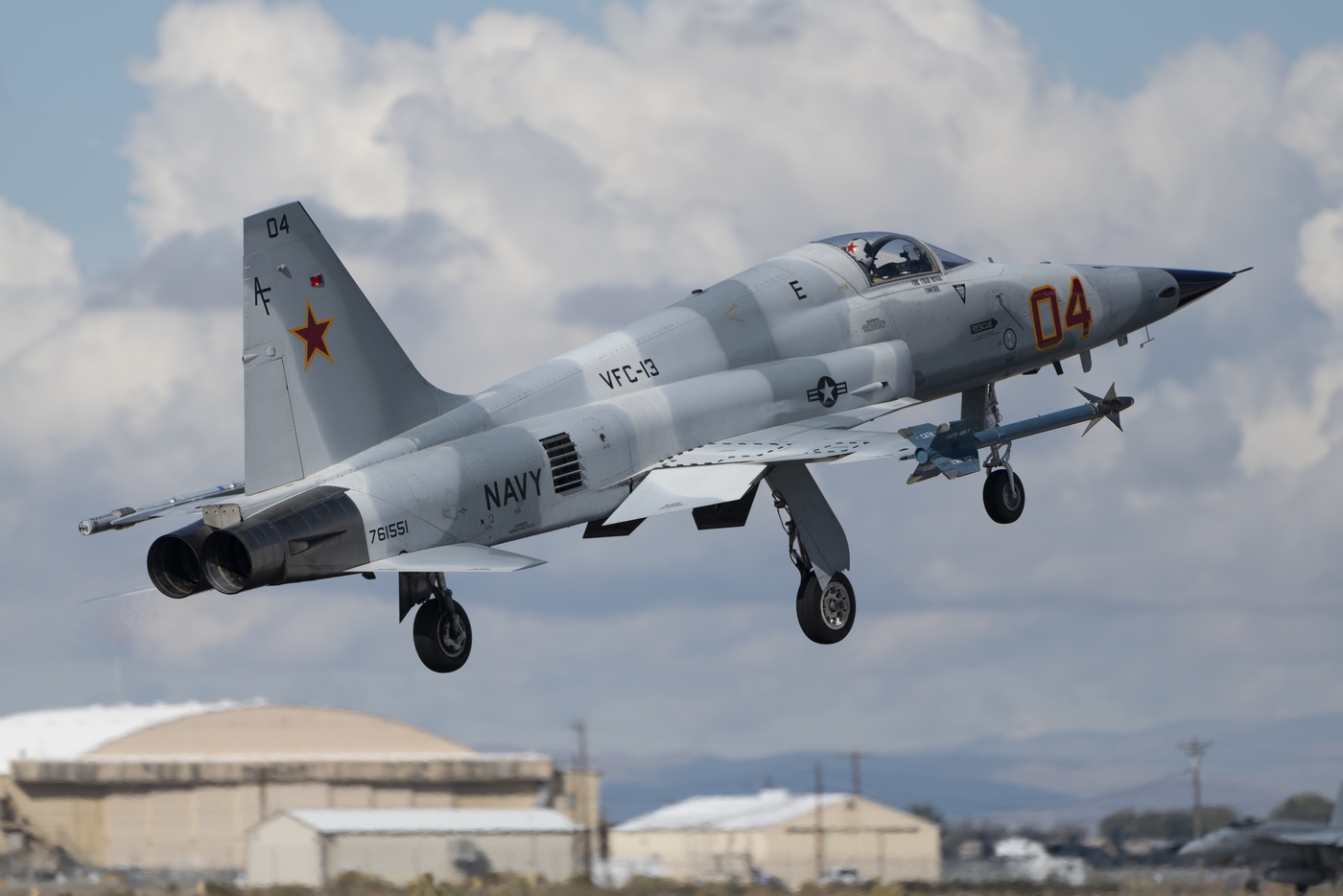 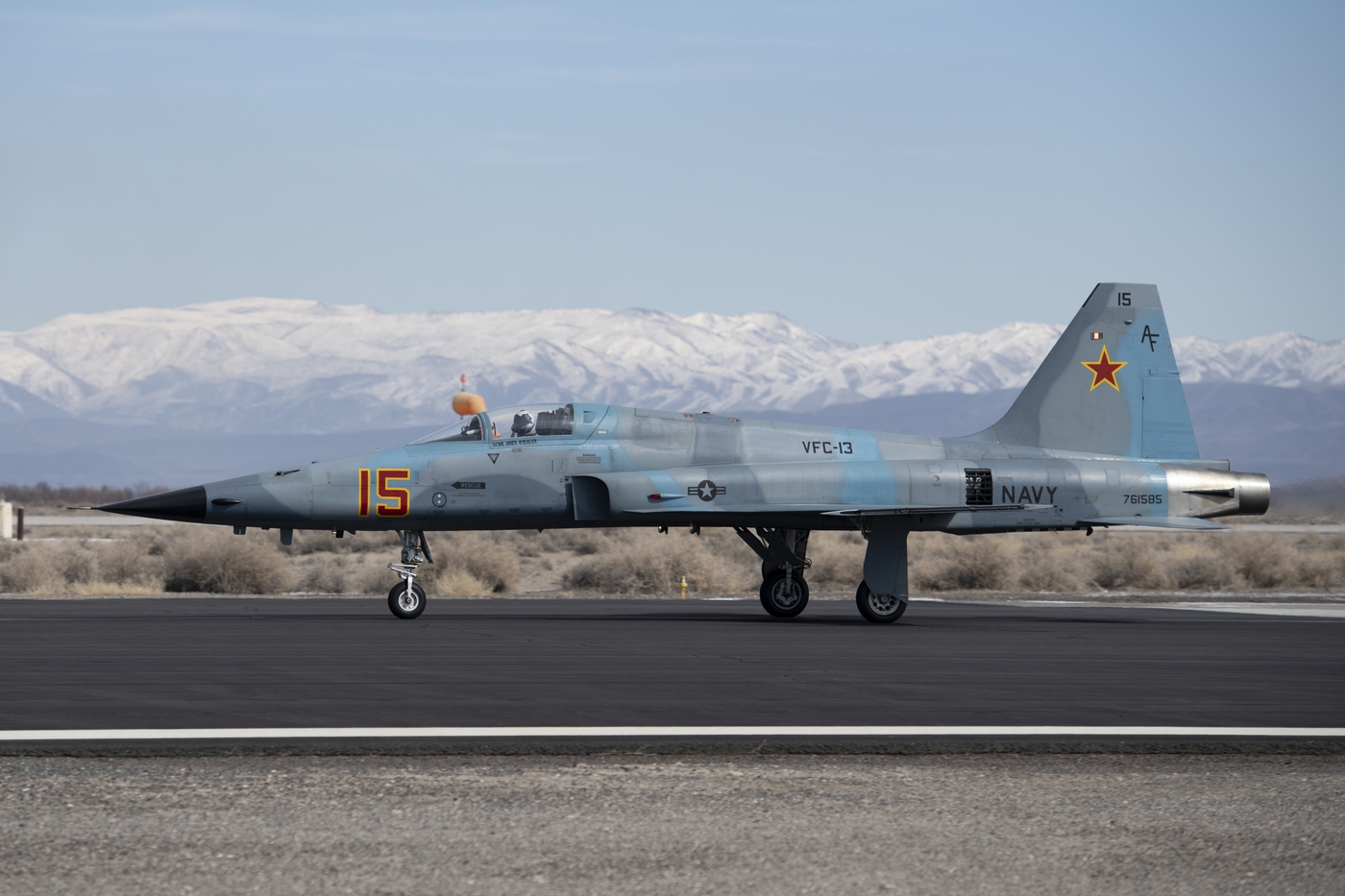 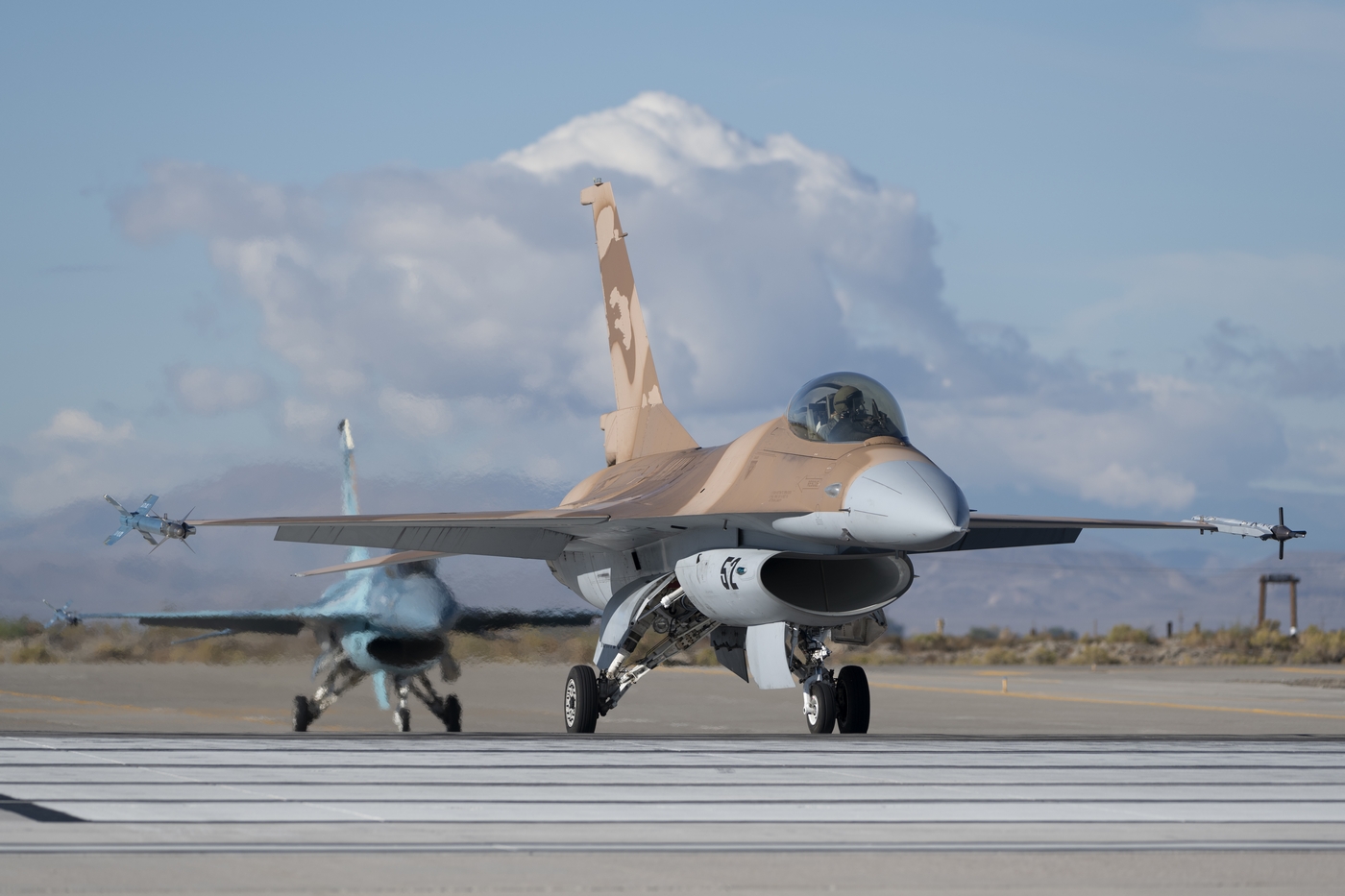 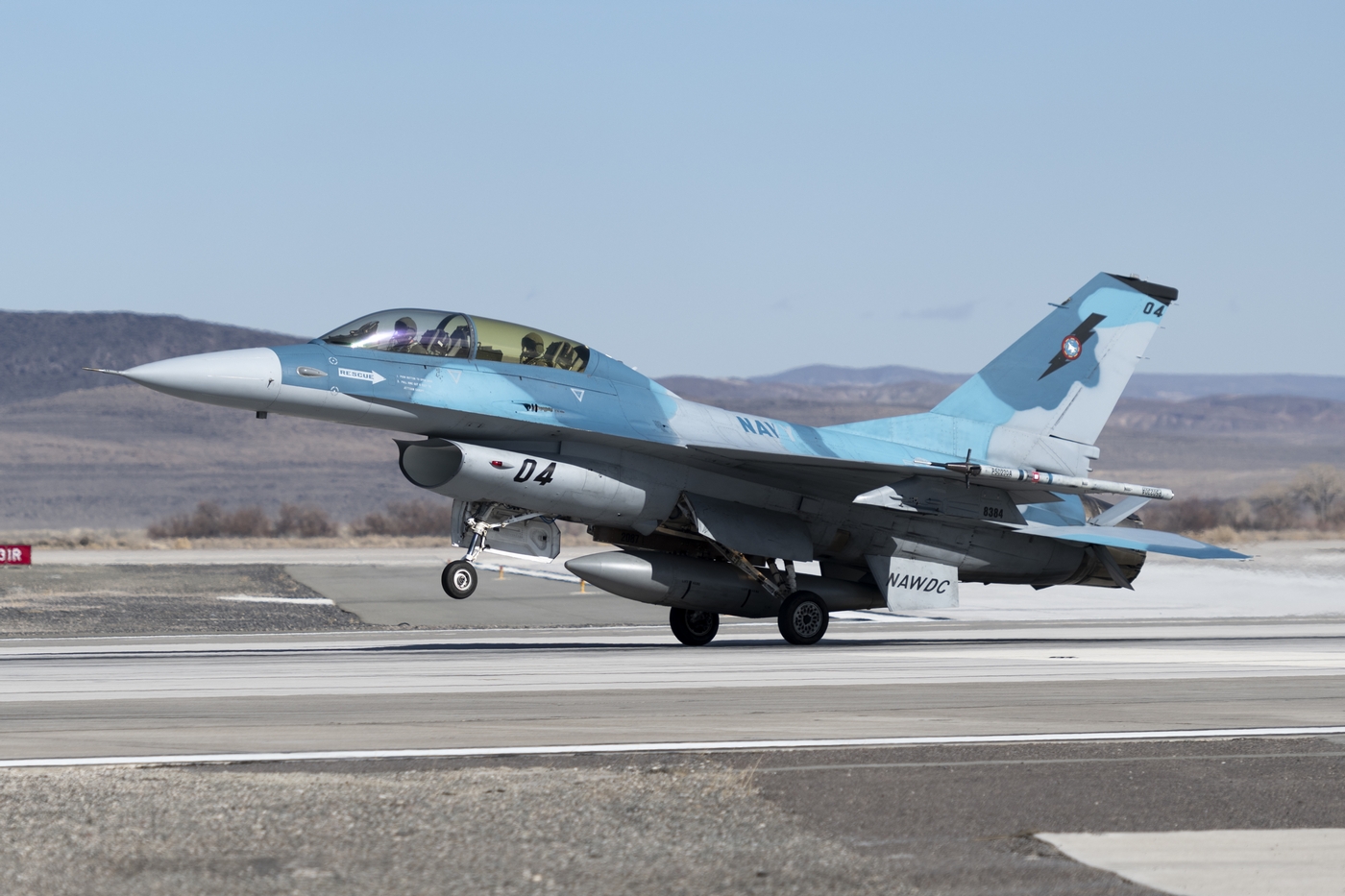 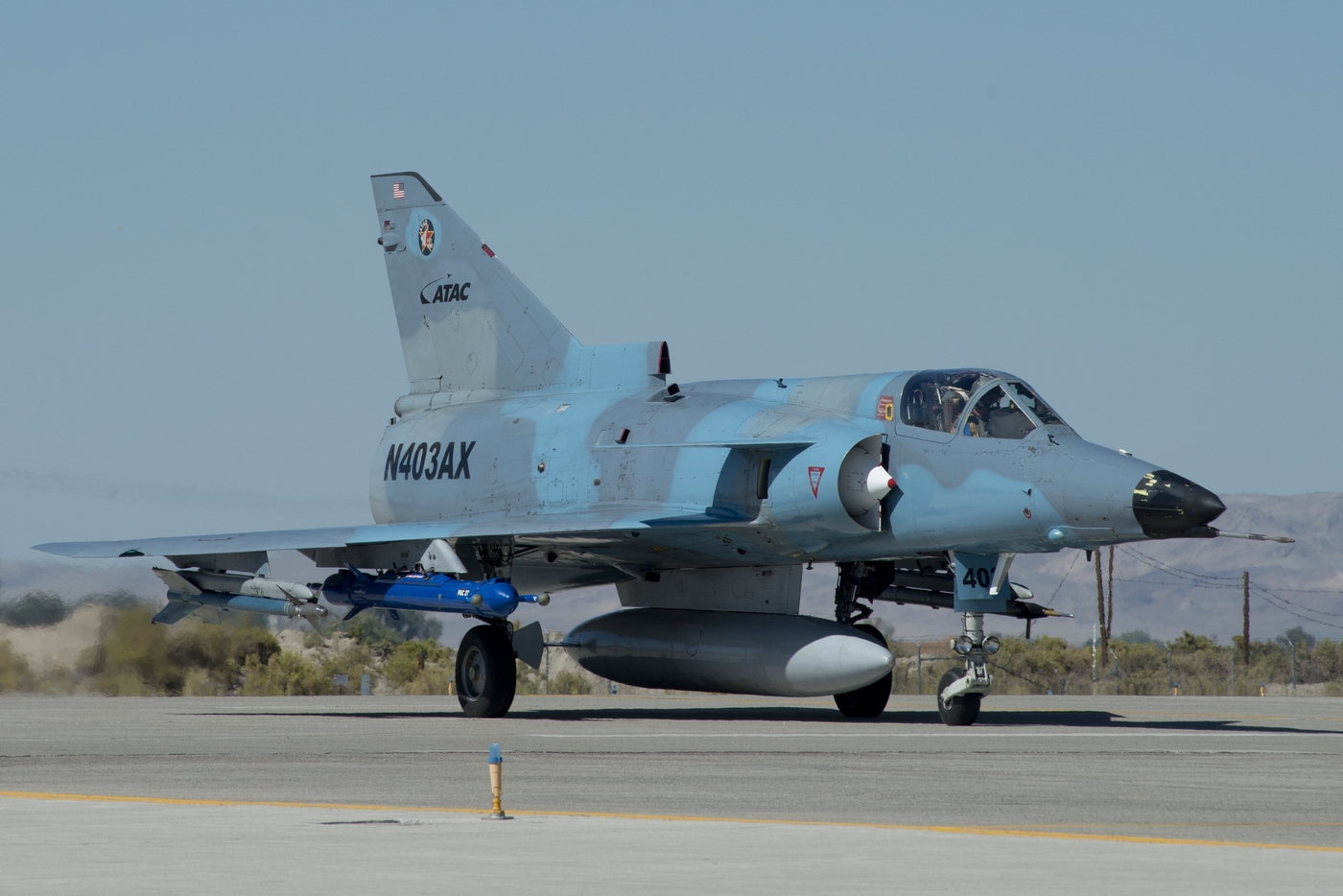 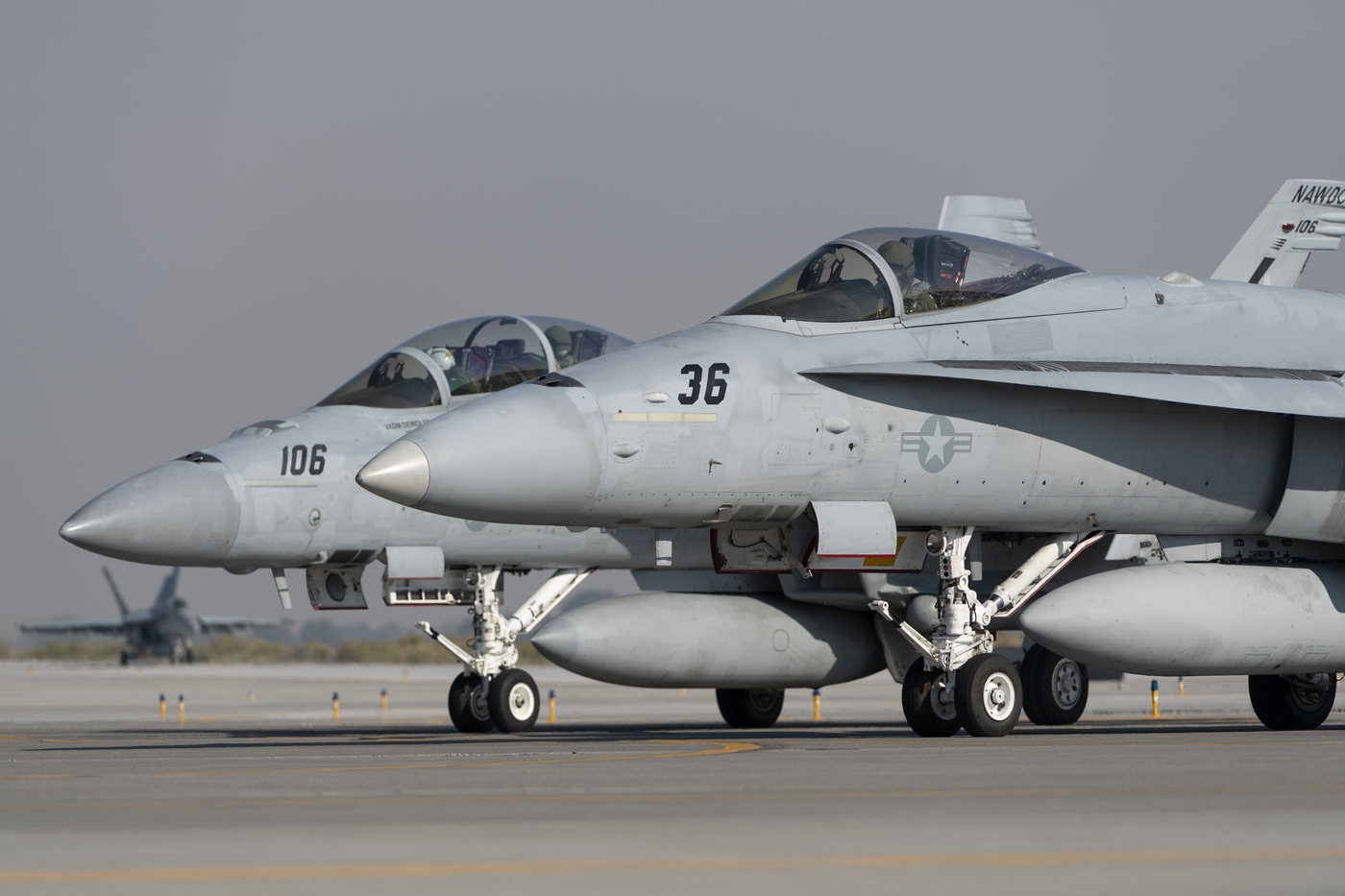