Home » Articles » Military Exercises » A Diamond in the Rough

A Diamond in the Rough

Exercise Diamond Storm, which was held in Australia’s top end from the 5th of June to the 27th of June, is the last in a series of Diamond exercises, and a practical component to the Air Warfare Instructor Course (AWIC) which involves Pilots, Intelligence Officers, and Air Combat Officers across a wide range of Royal Australian Air Force (RAAF) platforms including the F/A-18A/B Classic Hornets from Numbers 3, 77, 75 Squadrons and No.2 Operational Conversion Unit, F/A-18F Super Hornets from No. 1 Squadron, E-7A Wedgetails from No.2 Squadron, IAI Heron from No.5 flight and C-130J-30 Hercules from No.37 Squadron.

Over 1000 personnel and 40 aircraft participated in the exercise which saw 10 F/A-18D+ Hornets from VMFA-242 “Bats” and 2 KC-130J from VMGR-152 “Sumo’s” deploy from their base at Marine Corps Air Station Iwakuni in Japan to Darwin for the exercise.

A KC-30A Multi Role Tanker Transport from RAAF’s No.33 Squadron also played a support role conducting operations out of Darwin providing the bulk of Air to Air Refuelling for the participating RAAF fighter jets and the occasional VMFA-242 F/A-18. The KC-30’s would on average offload around 110 tons of fuel per sortie which was offloaded to 28 fighters in the what the pilots call the tanker stack where the KC-30 fly’s a usually rectangular orbit at around 24,000 feet.

The aim of Diamond Storm and AWIC conducted by the RAAF’s Air Warfare Centre (AWC) based in Edinburgh South Australia is to graduate those participating in the course to be expert leaders and instructors capable of tactics development, validation and instruction guiding those under there care to become capable personnel well attuned to the battle space or Air Warfare Space when in a real time operation.

Exercise Diamond Storm was the last in a series of practical training exercises and scenarios based from RAAF Base Darwin and Tindal near Katherine in the Northern Territory with sorties conducted over the Bradshaw Field Training Area and the Delamere Air Weapons Range located south of Darwin, the aircraft participating and their crews practiced large formation offensive and counter air and offensive air support operations such as fighting against targets on the ground such as the “red’ force threats that the AWIC candidates either had to identify, engage or manoeuvre against during the exercise.

These “red” force threats on the ground consisted of Joint Threat emitters that acted as surface to air missile batteries and as well as various personnel and vehicles designed to be an integrated air defence system opposing the “Blue” Air (AWIC students) who were attacking from the air.

Diamond Storm was designed to improve the interaction of people and the systems they operate; an objective which has increasingly been available to the RAAF as the transition to an all 5th generation fighting force, something that was conceived and visualised by former RAAF Chief of Air Force Air Marshall Geoff Brown when he introduced Plan Jericho, the RAAF’s way of becoming an all 5th generation fighting force.

Wanting the RAAF to be totally interactive between platforms in the air and on the ground with units from the Australian Army or at sea in the Royal Australian Navy as well as personnel in tune with this new avenue of operating and thinking, AIRMSHL Geoff Brown and others within the RAAF and Australian Defence Force went about devising a plan to make the RAAF personnel have a 5th generation mindset and ready to go when those 5th generation capabilities came into service. 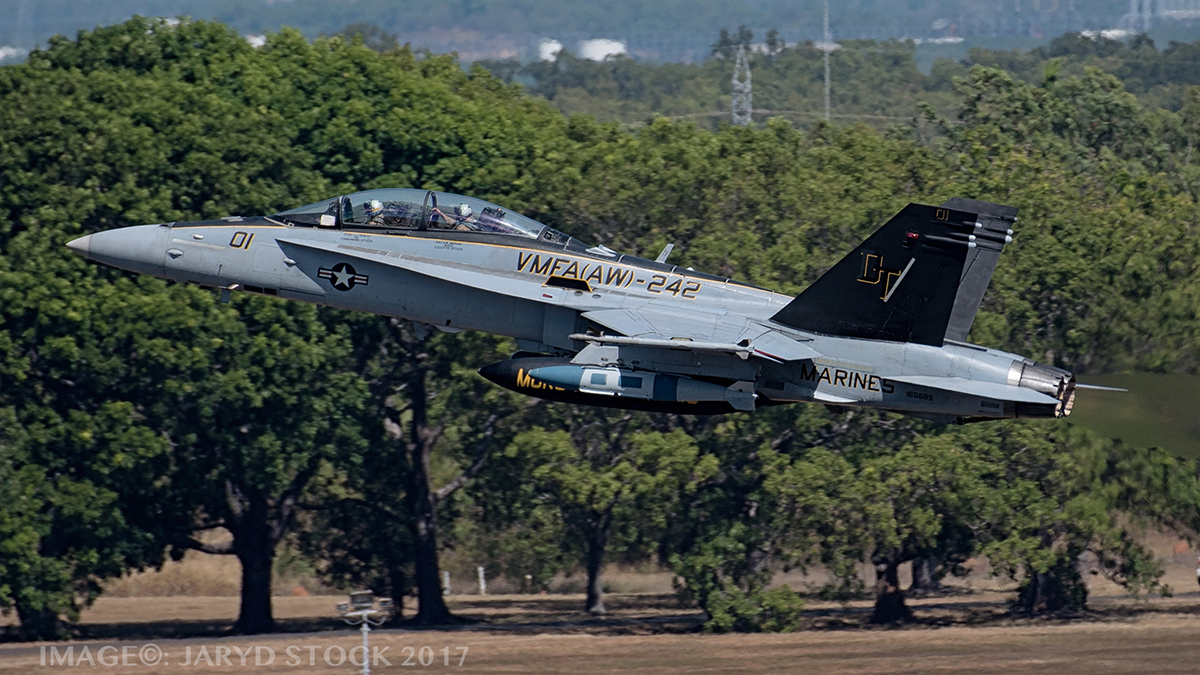 Now that capabilities are coming online such as the EA-18G Growler, the F-35A Lightning II as well as force enablers such as the E-7 Wedgetail and KC-30A Multirole Tanker already in service, Plan Jericho and the AWIC brings all of these platforms together as they interact with one another, in-turn the course and it’s curriculum and the Diamond series of exercises the practical component allows the human elements that control those platforms to interact closer together than ever before and gain a better understanding of their own system and that of those operated by other squadrons to get the greatest benefit from this latest technology.

The 5th generation platform such as the F-35, for example, has all the latest technology from sensors to weapons, and the ability to keep commanders and everyone looped in and it will be the benchmark where everything will be measured from, but in order to exploit every advantage the F-35 gives as a 5th generation platform the RAAF had to start early in preparing for this new way of dealing with the advantages of a integrated fighting force and what that brings, hence the AWC developing the AWIC. 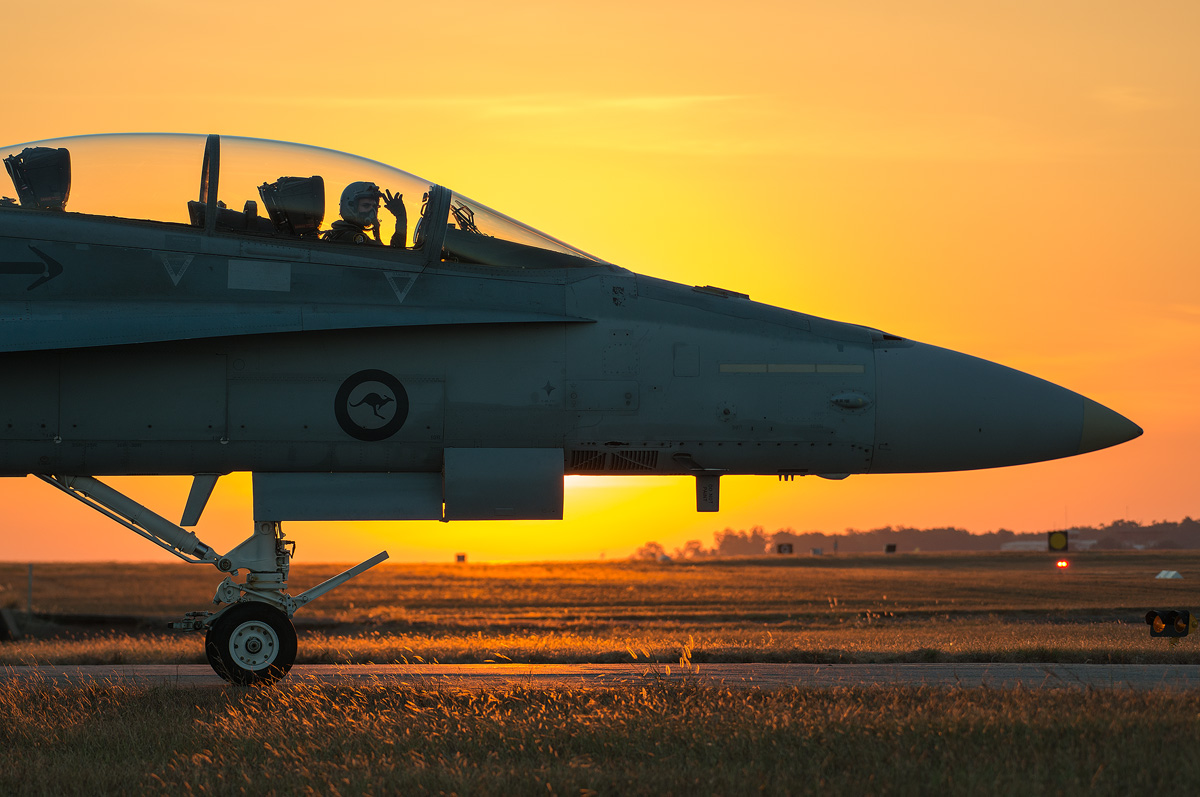 The AWIC has done exactly that to allow the user of the platform they operate to be better aware of how to interact with other platforms in the ADF and also Australia’s allies. Each component of the course has prepared the instructors to be effective in their assigned roles. The Graduates from the AWIC will provide leadership in the development of future tactics utilised by the RAAF and help determine how those tactics can be used to enhance the ADF’s war fighting capabilities using 5th generation platforms.

The Diamond series of exercise which includes Diamond Storm includes complex and intense war-like scenarios. The students have put their newly developed skills to practice and make crucial decisions which will shape the way the RAAF fights in the future, in an integrated war-space utilising the latest technology based on the 5th generation platforms becoming available. 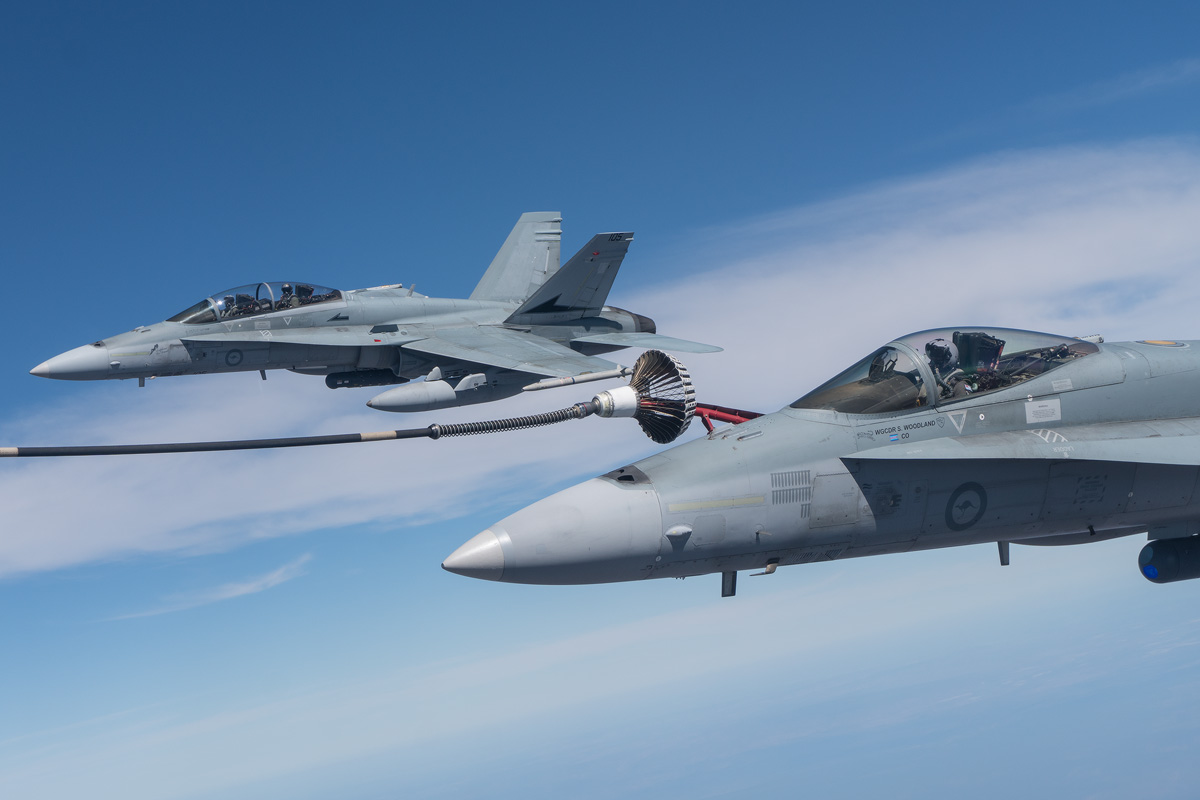 In order to understand what these graduates go through during this exercise APD was privileged to talk to RAAF Flight Lieutenant Matthew “Traylz” Trayling a flying instructor from No. 2 Operational Conversion Unit (2OCU), onboard a RAAF KC-30A during mid air refuelling operation. FLTLT Trayling while not participating as a candidate in the AWIC, has been able to gain valuable insight into the operations conducted on exercise Diamond Storm. Traylz was able to witness the mission planning and blue air execution that went into some of the complex AWIC missions. “The flying and planning has been extremely valuable to me personally as I continue on my journey through the F/ A18 category progression scheme”.

He explains the role which 2OCU has been conducting during Diamond Storm, “2OCU has six candidates on the ‘AWIC’ course which once graduated will become the latest AWIC instructors. 2OCU has also provided the highly experienced instructors which teach and mentor each of the six candidates throughout the course.”

“For those six candidates that 2OCU have provided the AWIC, Diamond Storm is the pinnacle and culmination of that intense training for 6 months they have undertaken. We have candidates from Number 1 Squadron operating the Super Hornet and other such operators from the Orion, Hercules and Wedgetail to name just a few. We have put the specialists from each of those squadrons together so we can expose any weaknesses in our force, practice integrating together and project better Air Power into that 5th generation fighting force.” 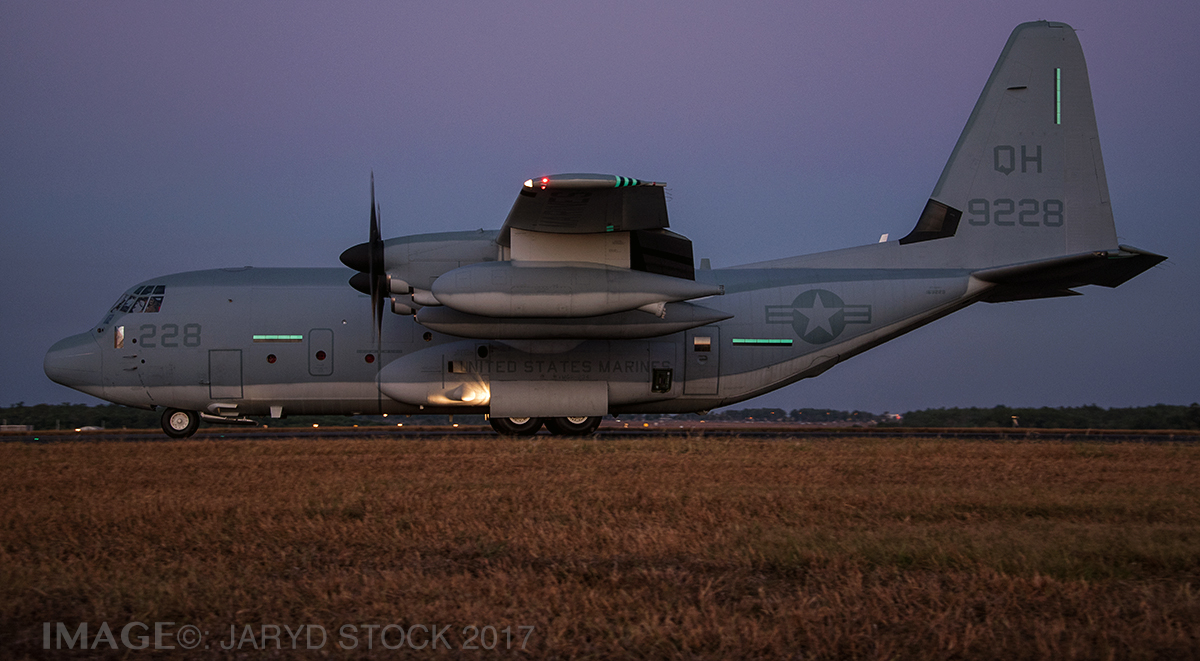 Interoperability is a very big deal for the RAAF and its primary ally the United States and it’s Air Force/ Navy and Marine Aviation units. During Exercise Diamond Shield in March 2017 the United States Air Force 18th Aggressor Squadron from Eielson Air Force Base in Alaska sent 13 block 30 F-16C/D to RAAF base Williamtown to interact with the candidates participating in the AWIC.

FLTLT Trayling gives us insight into the role that the Bats have been able to provide during Diamond Storm and how it has helped again in getting to know each other and increasing that interoperability between the AWIC candidates and the personnel from VMFA-242.

“Well apart from occasional tough counter air opponent for the candidates, 242 again taking about that 5th generation Air Force, we are able to show them where we are going as an integrated Air Force and include them in the larger packages we are doing. This is crucial to them to be able to take that information back to their chain of command and various squadrons to provide feedback on what the Australians are doing now. Furthermore it allows us to better integrate with Coalition forces in both real world and simulated exercises”.

The RAAF’s Air Mobility Group (AMG) had two Mobility Tactics Instructors (MTI’s) as AWIC candidates participate in Diamond Storm who were responsible for integrating the two C-130J-30 Hercules participating in the exercise into complex mission scenarios.

In the past AMG have been support elements rather than key players in AWIC, Officer Commanding of 84 Wing Group Captain Paul Long said the creation of the MTI qualifications makes air mobility a recognised discipline within the AWIC.

He states, “This is a big milestone for AMG, establishing a qualification on par with Fighter Combat Instructor and Fighter Combat Controller. We’ve long held our own qualification and tactics for AMG aircrew which we’ve developed from exercises and operations we’ve been been on deployment to.”

Mission scenarios required the two MTI candidates to plan airlift support to the ground forces in the battle space. The MTI’s need to have a deep understanding of not only their own capabilities and limits, but also those of friendly and adversary systems. 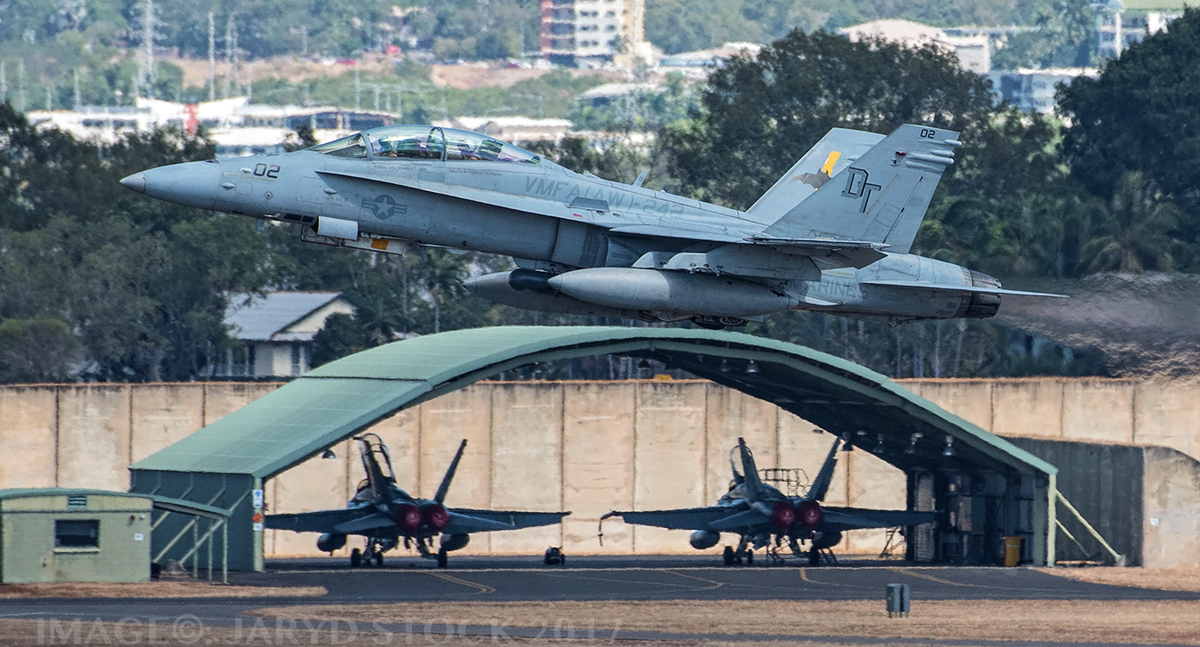 As the RAAF continues in leaps and bounds towards that all 5th generation Air Force becoming better acquainted with the technology at their disposal the AWIC and those participating in the course have been able to gain a greater skill set in air warfare, and will then be able to instruct the new AWIC candidates in a year and a half. By that time, new platforms such as the EA-18G Growler and P-8A Poseidon will have been introduced which will add another layer to the RAAF’s goal under Plan Jericho be a fully equipped 5th generation fighting force.

APD would like to thank, The whole Royal Australian Air Force Public Affairs Team that looked after us during the media embed in Darwin. 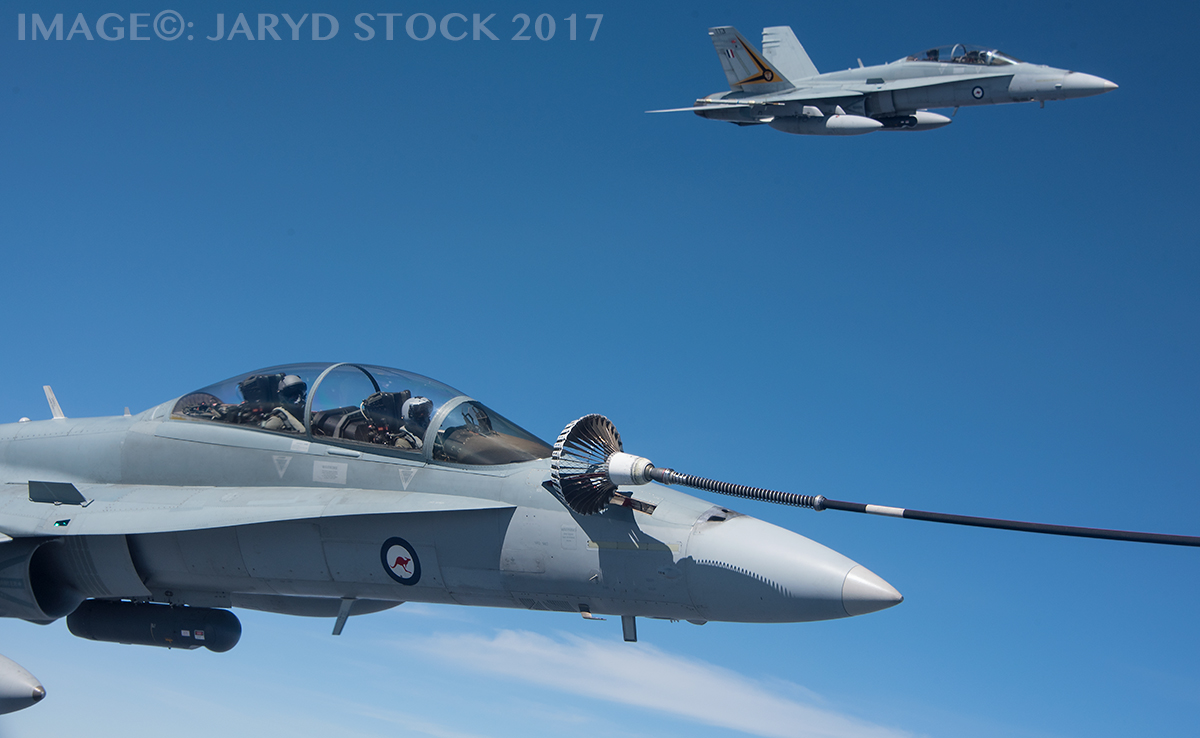 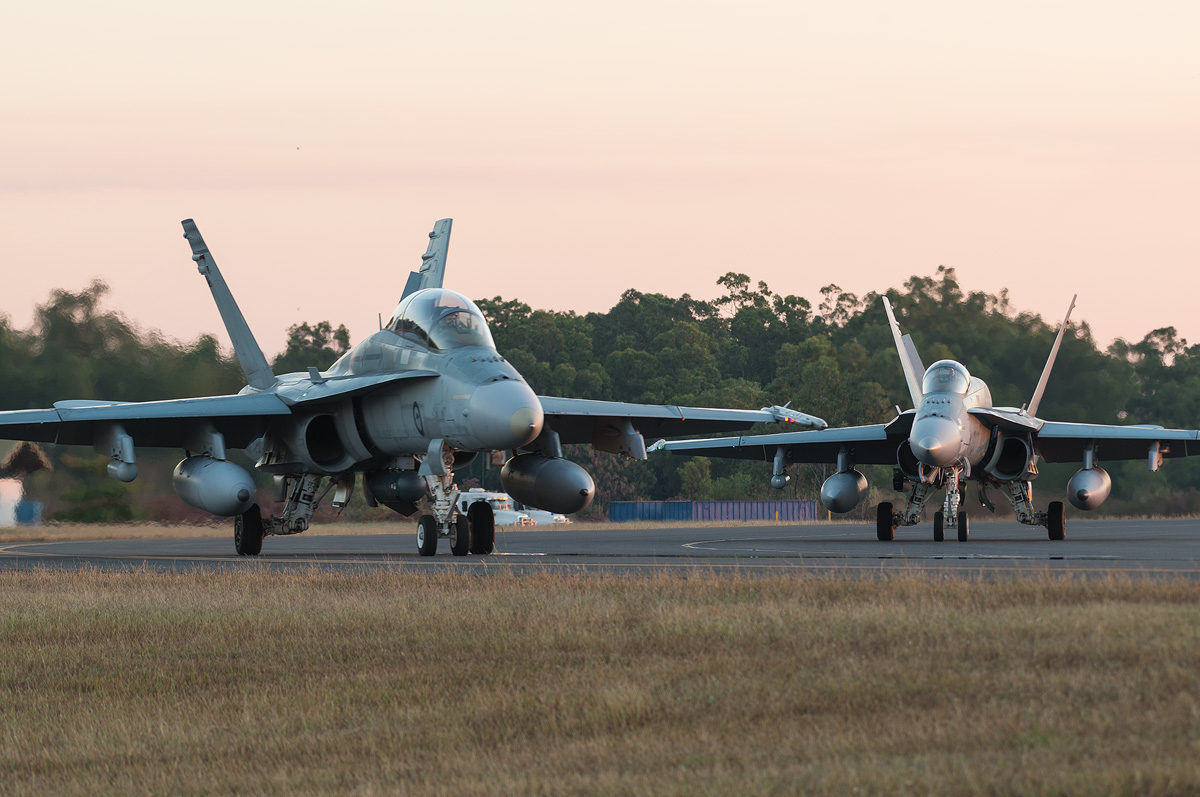 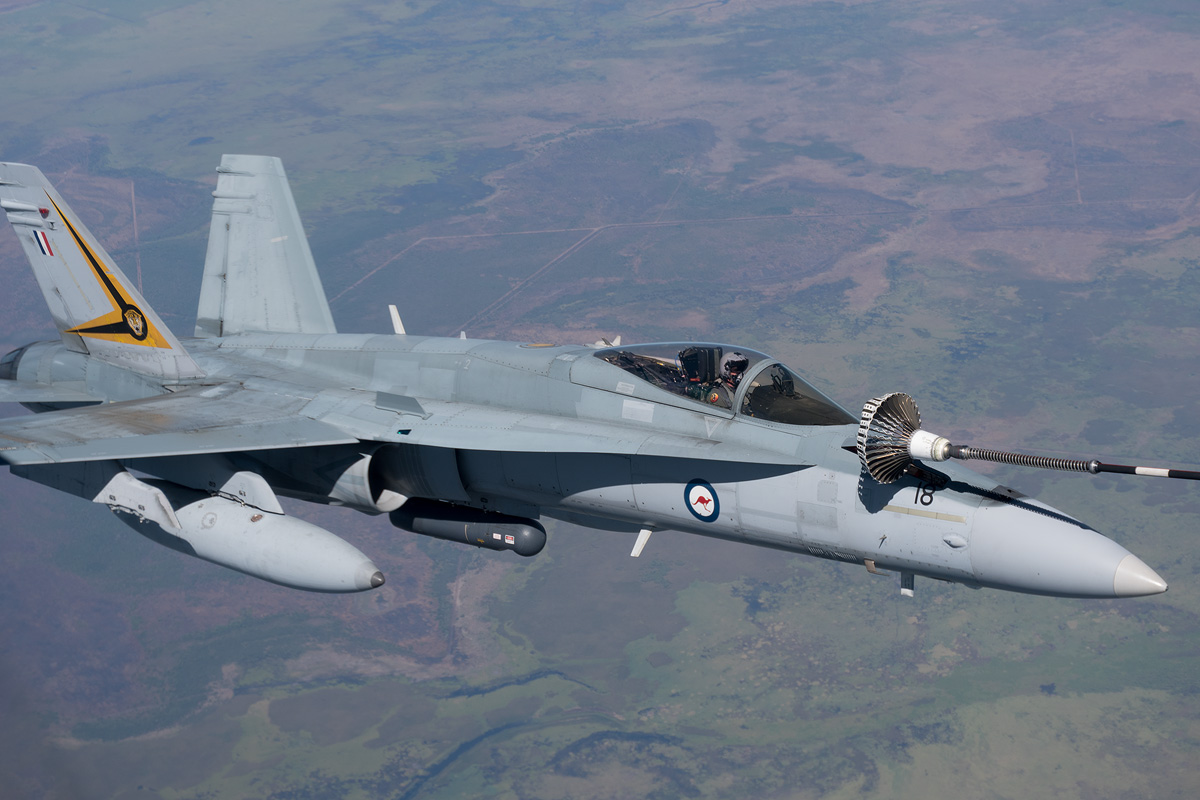 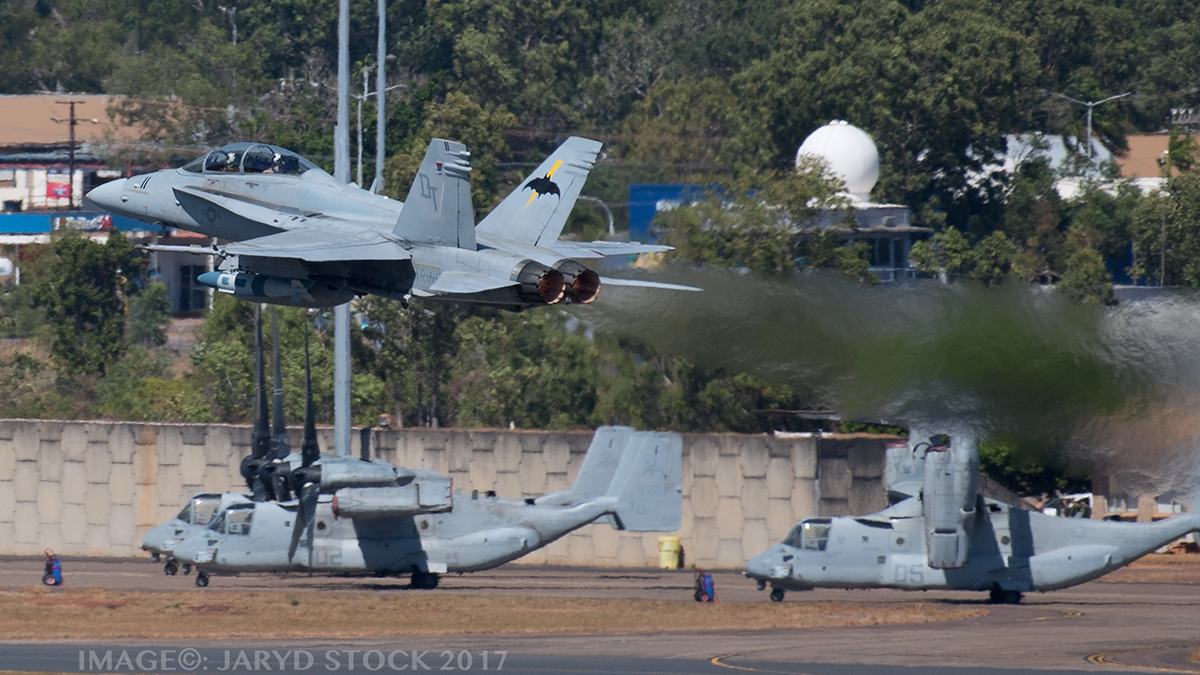 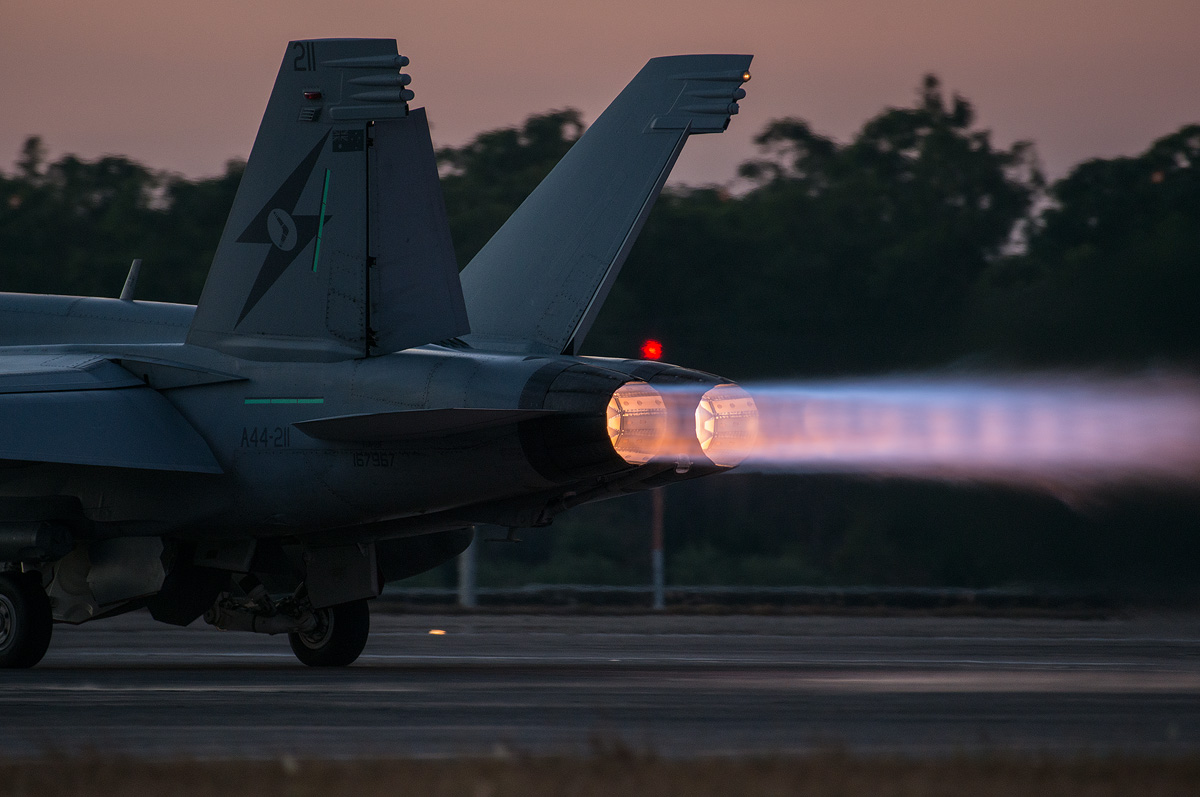