Thunder and Lightning over Arnhem Land

Photos by Stocky and RAAF

One of the Royal Australian Air Force’s largest domestic training exercises for 2021, Arnhem Thunder took place from 17th of May to the 15th of June with over 500 RAAF personnel taking part in the exercise with deployment of aircraft to RAAF Base Darwin and Tindal.

“Exposure to large-scale, multi-FEG scenarios in an away-base environment is of vital importance to the training outcomes of all elements.”

Much of exercise can be liked to Pitch Black where multiple Squadrons from around the world converge on Darwin and Tindal to conduct large scale force element training.

“The exercise began with force integration training and large force employment scenarios, followed by setting up a forward operating base being activated by a contingency response squadron and other combat support elements”, AIRCDRE Alsop said.

Collective training for missions such as this must be routinely practised even in a time when a pandemic is providing diﬀerent obstacles for various airforces so that the RAAF is ready to respond to the defence of Australia when required and called upon by government.

Aircraft deployed to the exercise included the F/A-18F Super Hornet from 1 Squadron (SQN), EA-18G Growler from 6SQN, F/A-18A/B Hornet were partaking in the exercise from their home base at RAAF Base Tindal operated by 75SQN with 2021 being the last year the Classic Hornet is operated by the RAAF.

Exercise Arnhem Thunder saw a number of firsts notably the F-35A Lightning II operate out of RAAF Base Darwin for the first time during an exercise, 10 aircraft from 3 Squadron deployed from Williamtown in New South Wales to Darwin.

It also saw the first time two F-35’s were converted to “Beast Mode” operations, that is where external pylons were fitted to the wings of the F-35’s to carry external ordnance.

Commanding Oﬃcer of 3SQN, Wing Commander Matthew Harper said the F-35 was the only Western built jet that could carry both internal and external ordnance.

“This design feature allows our F-35’s to be adapted to suit the threat environment and operational requirements,” WGCDR Harper said.

“This mode (Beast Mode) would most likely be used in less contested airspace environments where rapid employment of ordnance is prioritised over maximising the Lightning’s stealth capabilities.”

In addition to their internal payload which consisted of two GBU-31 bombs, the two F-35’s (A35-022 and A35-028) departed RAAF Base Darwin, each with four inert GBU-12 laser guided bombs attached to their under-wing pylons.

“The GBU-12 is a laser guided munition that can be employed against a variety of diﬀerent target types in combat,” WGCDR Harper said.

It was noted before the exercise had commenced at RAAF Base Williamtown, that external pylons had been fitted to at least two F-35’s as they conducted training oﬀ the coast of New South Wales.

As part of the training scenario, the aircraft dropped their bombs on ground-based targets at the Delemere Air Weapons Range, which is located about 120 kilometres South of the town of Katherine in the Northern Territory where RAAF Base Tindal is located.

It was also the first time the F-35As, Super Hornets, Growlers deployed together as a high-end warfighting and 5th generation air combat package that has long been envisioned by the RAAF under Plan Jericho, and is now just reaching it’s full potential.

The visit provided personnel from the RAAF Base and 75SQN which call Tindal home, a hands on experience allowing training to be undertaken on ground handling aspects of the aircraft, including security, emergency response and base aviation safety.

The F-35A Lightning will call Tindal home when 75SQN trade in the F/A-18A/B Classic Hornets for the Lightning’s.

The Australian Defence Force and the RAAF wanted to thank the people of the Northern Territory for their support during Arnhem Thunder 21.

“Our sincerest thanks and gratitude to the residents of Darwin, Katherine and the surrounding rural areas for their ongoing support to important exercises such as Arnhem Thunder,” Exercise Commander, Wing Commander Steven Bradley said.

“Training activities such as these are absolutely vital to the defence of Australia, and Air Force greatly appreciates the local community’s continued goodwill and understanding.” 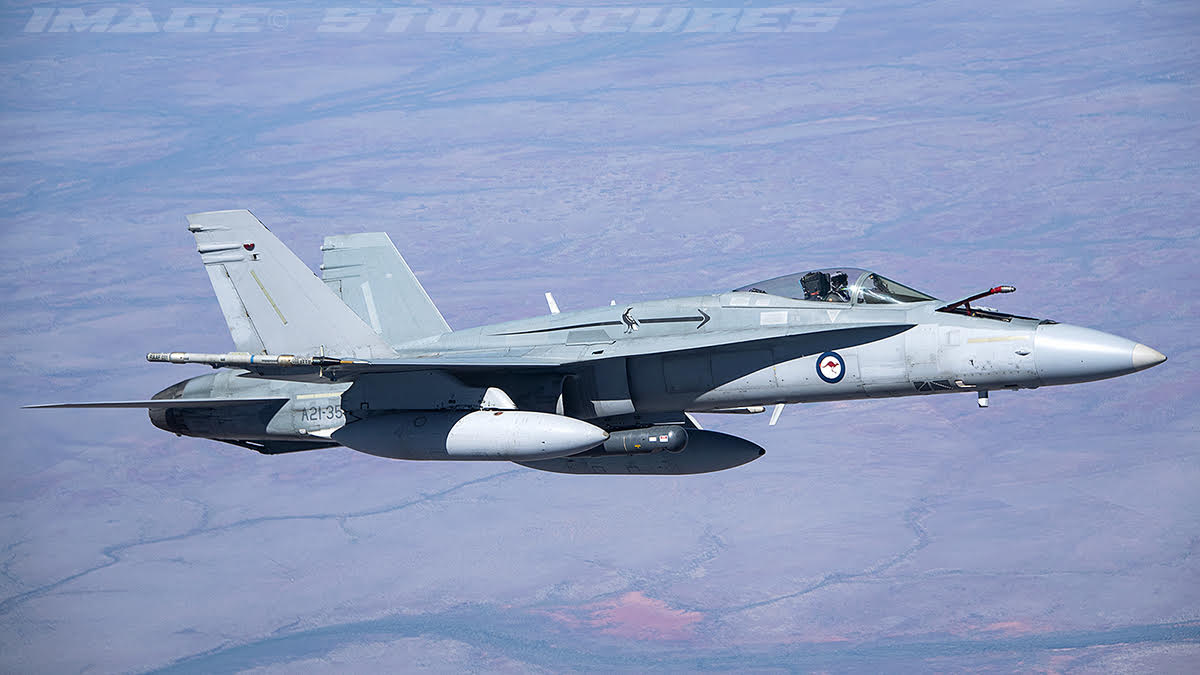 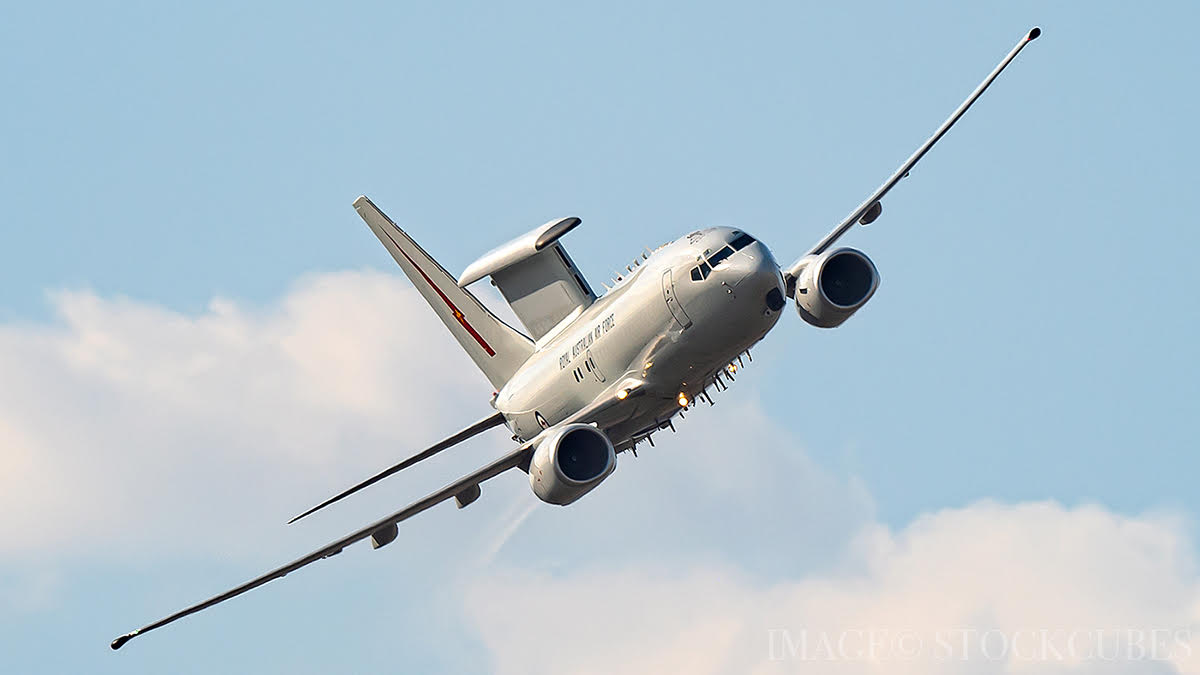 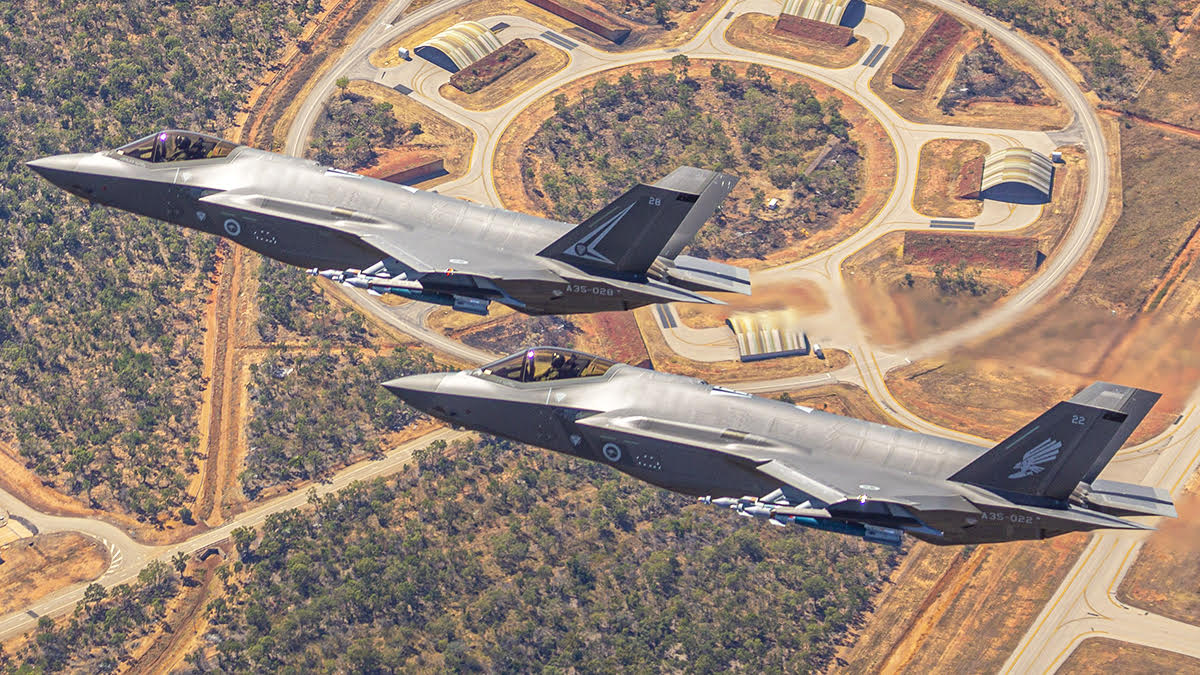 Two F-35A Lightning II, A35-022 and A35-028 loaded with inert GBU-12 laser guided ordnance for the very first time, enroute to the Delamere Air Weapons Range in the Northern Territory during Exercise Arnhem Thunder 21. © Commonwealth of Australia, Department of Defence 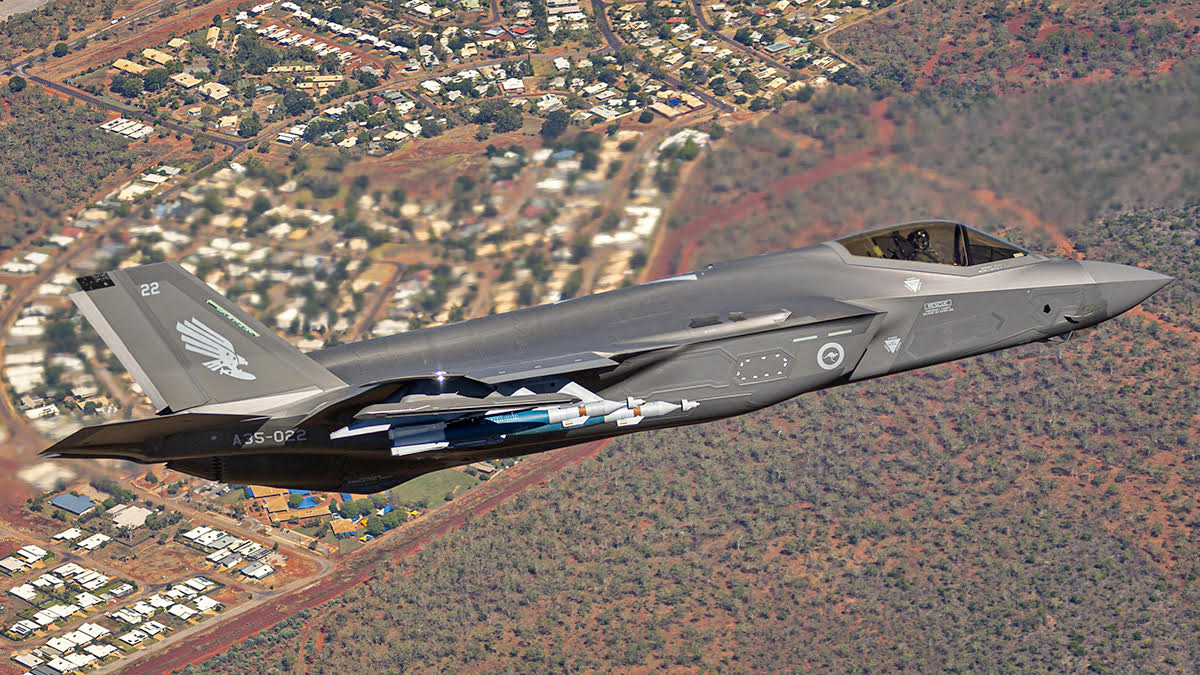 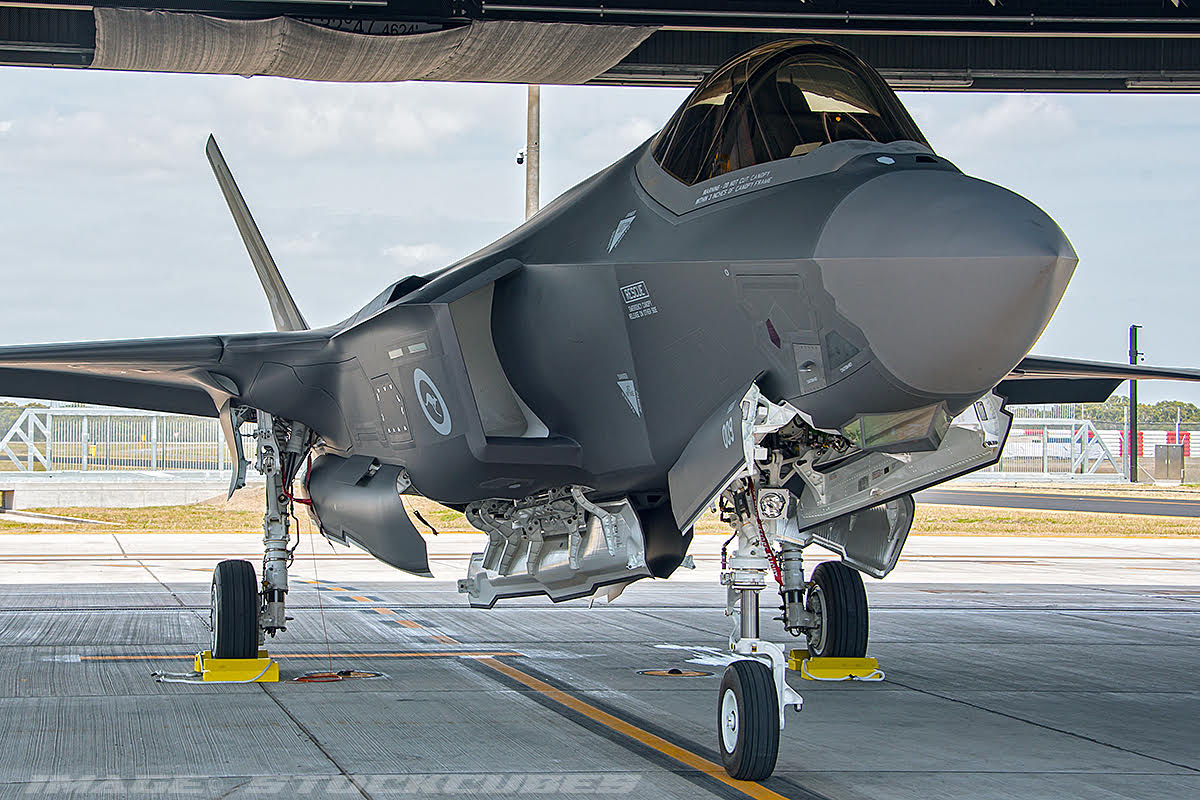 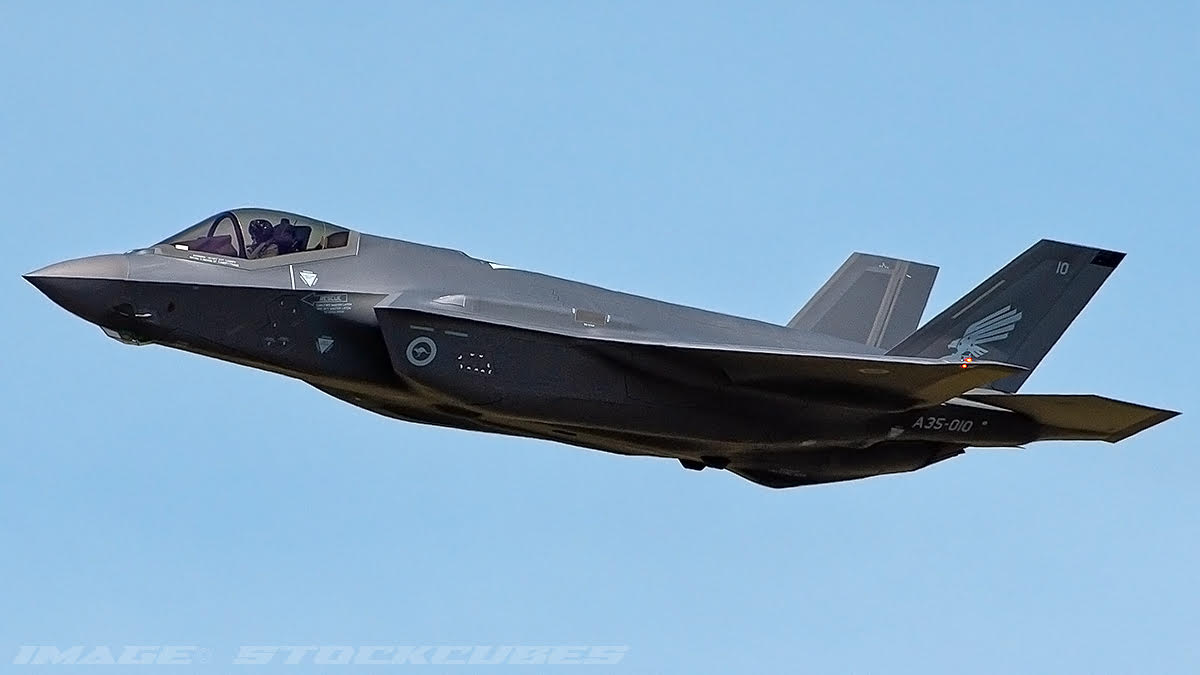 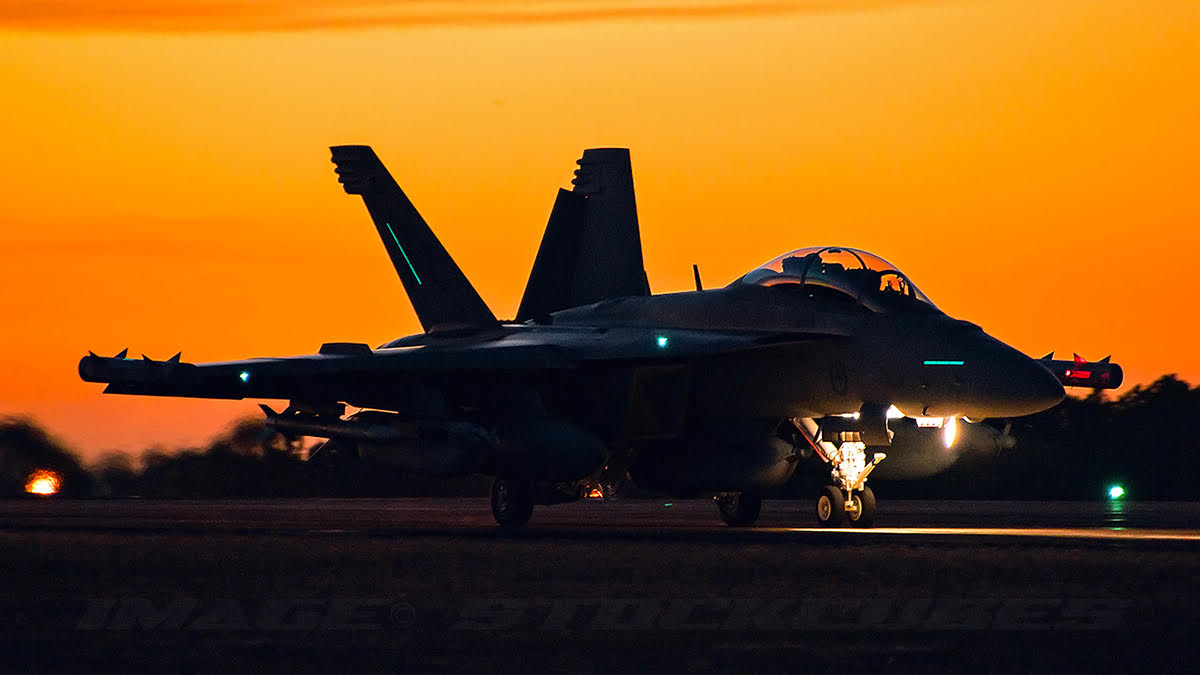 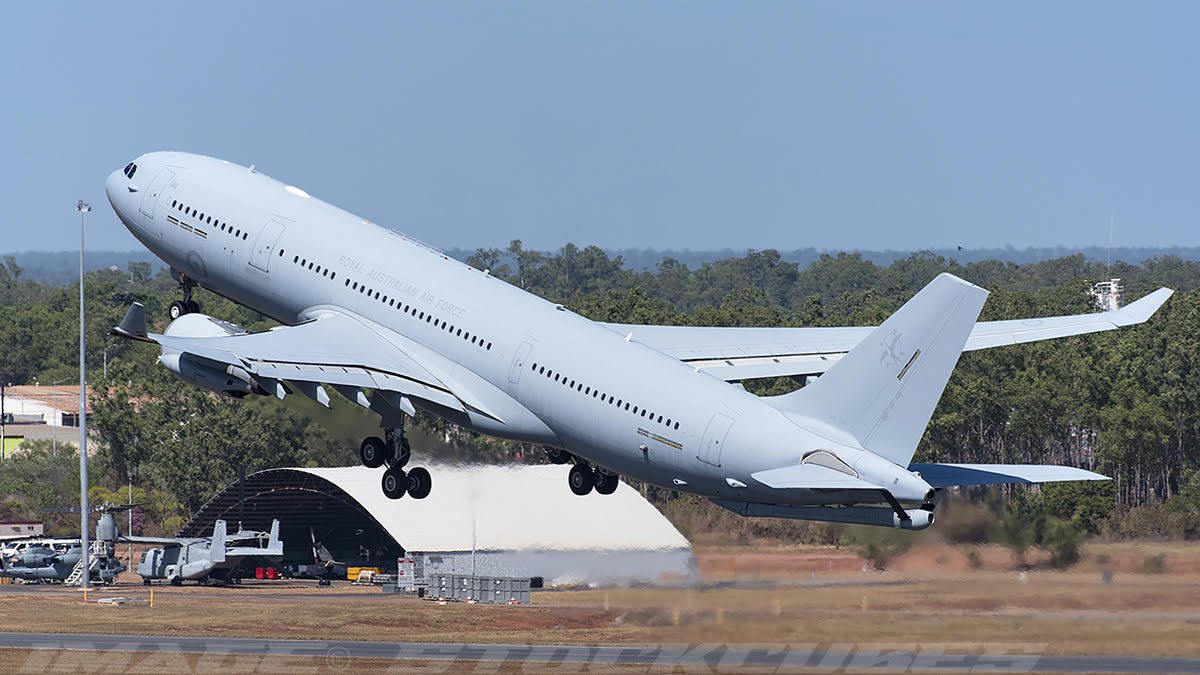 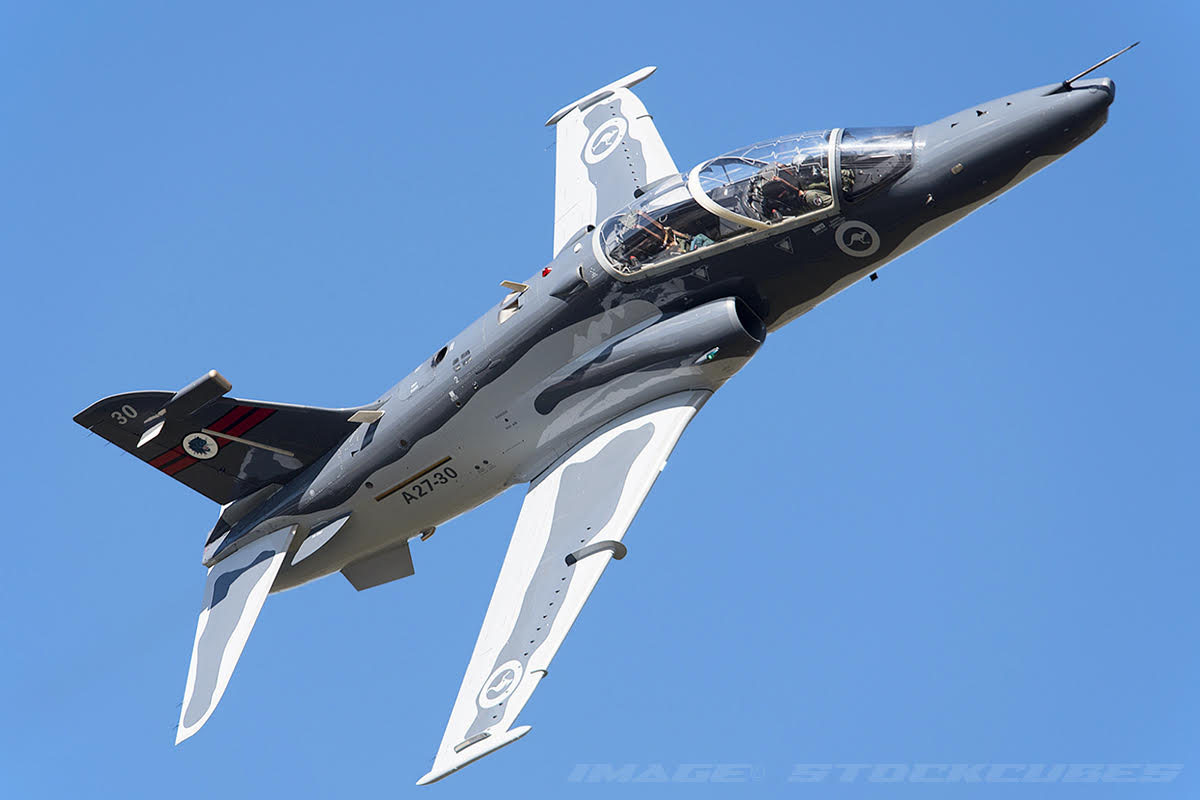 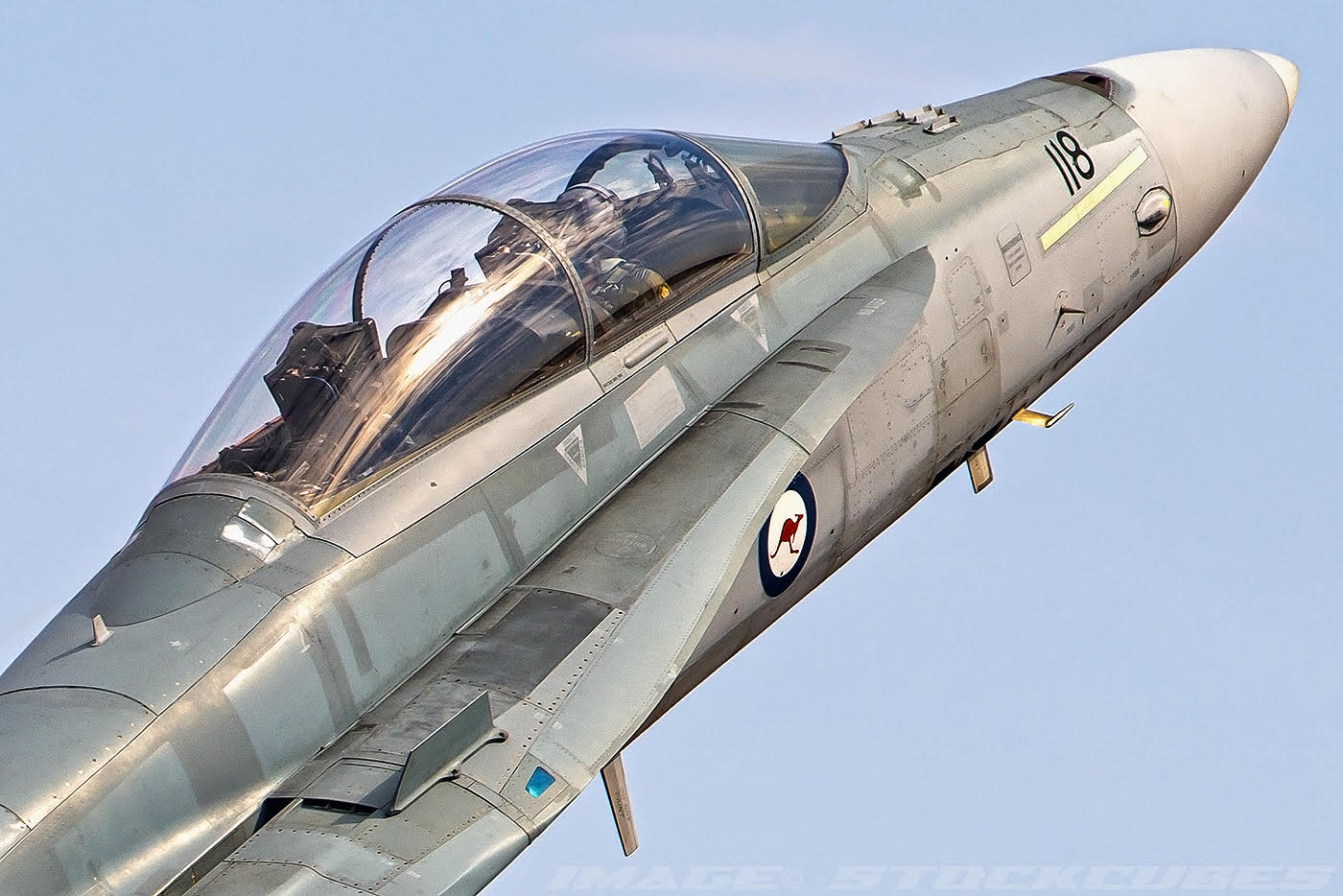 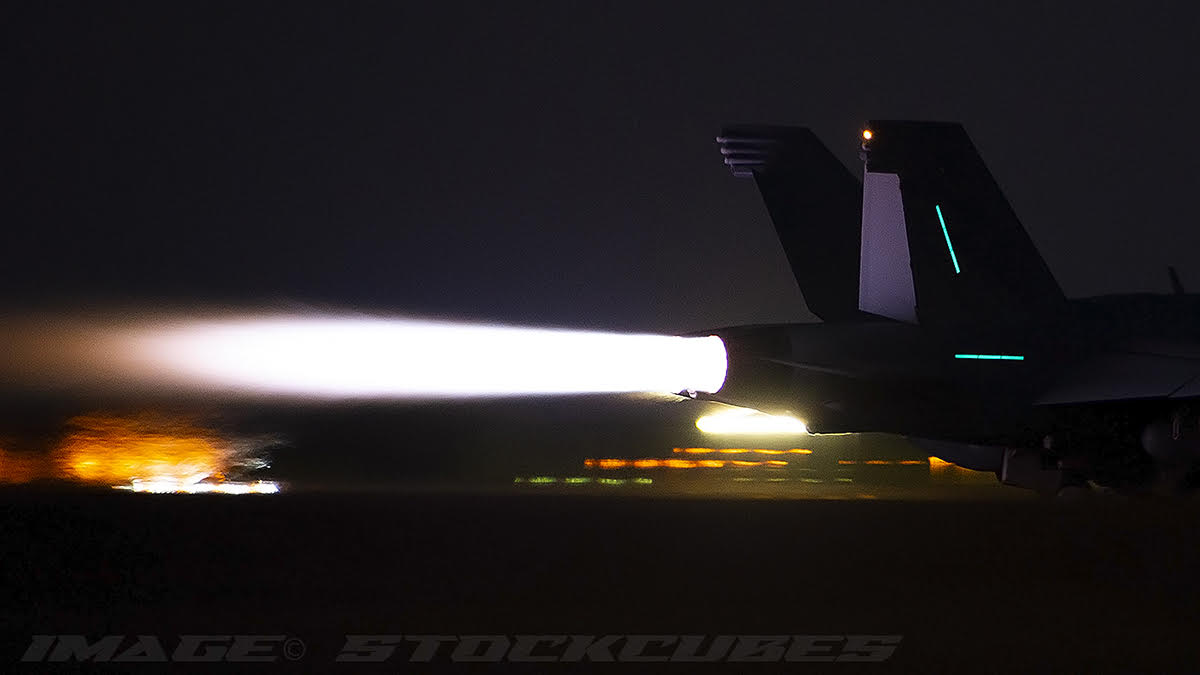