Home » Articles » Aircraft » THROUGH THE LENS: The Boeing AH-6i

THROUGH THE LENS: The Boeing AH-6i

Report and Photos by Steven Valinski

With roots born out of the successful Hughes/MD 500 helicopter, the special operations AH/MH-6 Little Bird and the Boeing AH-64 Apache programs, the Boeing AH-6i packs a powerful punch in a technologically advanced, lightweight package that is affordable by current defense standards.

Dating back to 1963 when the Hughes OH-6 Cayuse first took flight, the Hughes/MD 500 series helicopters have been tremendously successful in a variety of roles.  Aside from the many civilian applications, the OH-6 “Loach”, evolved into the AH/MH-6 “Little Bird,” sometimes referred to as the “Killer Egg,” has been taken to the next generation by Boeing with the Boeing AH-6i Light Attack / Reconnaissance Helicopter. 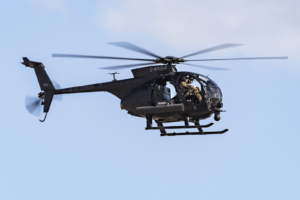 Variants of the MD 500 are used by civilian and military forces around the world. The AH/MH-6 has been in use by the U.S. Army’s elite 160th Special Operations Aviation Regiment (Airborne) (160th SOAR (A)) “Night Stalkers.” The 160th SOAR, along with the AH/MH-6 platform, had a role in significant military operations such as: Operation Urgent Fury, Nicaragua, Operation Prime Chance, Operation Just Cause, Operation Gothic Serpent, Operation Iraqi Freedom and Operation Celestial Balance. Its most high profile presence was the depiction of its role in the book/movie “Black Hawk Down,” where MH-6 Little Birds were tasked with the insertion of Delta Force operatives into the city of Mogadishu. The latest “Little Bird” iteration is the AH/MH-6M, via the Mission-Enhanced Little Bird (MELB) program, and is based on the MD 530F. It has a single, six-bladed main rotor and four-bladed tail rotor and is used in a variety of roles including: light attack/assault (AH), including close-air support (CAS), precision insertion and extraction, light observation/reconnaissance, air interdiction and forward air control.

Boeing gained some experience with the Little Bird through its Unmanned Little Bird Demonstrator (ULB) program, where Boeing engineers modified the Little Bird to fly unmanned. The ULB’s first unmanned flight was on June 30, 2006, flying an armed intelligence, surveillance and reconnaissance mission at the Yuma Proving Ground in Arizona. Boeing success with the ULB led to the AH/MH-6X program which improved on the AH/MH-6M MELB. Boeing was also in the process of developing an improved version of the AH-6 in an effort to compete in the U.S. Army’s Armed Reconnaissance Helicopter (ARH) program. The AH-6S, dubbed the “Phoenix,” was to be Boeing’s offering. Due to budget sequestration, the Army’s program ended in 2013 without any aircraft being selected. Boeing continued to move forward with the export version of the AH-6S, the Boeing AH-6i (“i” for “international”).

Drawing on its experience with the successful ULB and AH-64 Apache programs, Boeing set out to build the ultimate Little Bird. The export version, the Boeing AH-6i, is packed with performance enhancements, technology and weapon systems capabilities to consider it a worthy little brother to the latest Boeing AH-64E Apache Guardian. Utilizing common systems with the AH-64, pilots familiar with Apache’s systems will find some similarity with the Boeing AH-6i. With at least 10 countries flying a variation of the AH-64, Boeing has a bevy of potential purchasers for the more cost-effective AH-6i.

Powered by a Rolls-Royce Dual Channel FADEC 250-C30E/1 engine, combined with a six-blade main rotor assembly with composite blades, the Boeing AH-6i has an endurance of up to 10 hours (with a 300lb or less payload down to 3 hours for a payload of 2300lbs). Its advanced glass cockpit design provides excellent night vision capabilities utilizing Night Vision Goggles (NVG) and, with its high visibility, is well-suited for reconnaissance missions.

The Boeing AH-6i has an L-3 Wescam MX-15Di imaging turret with laser rangefinder and designator. If needed, the AH-6i can also integrate with other targeting systems. The AH-6i has four weapon stations supporting a variety of weapon systems including: an M-134D (7.62mm mini-gun), GAU-19/B (12.7mm Gatling gun), M260 (7 shot rocket pod), AGM-114 Hellfire air-to-surface missiles (M310 launcher) and Laser-guided 70mm rockets. The frame of the Boeing AH-6i has been reinforced to support these weapons systems.

The Boeing AH-6i is highly maneuverable and agile, has a low radar footprint, can utilize a variety of weapons systems and is fairly quiet for a helicopter. All this, according to Boeing, helps make the AH-6i ideal for a variety of roles including: Light Attack, Precision Attack, Anti-armor, Close Combat Attacks, Reconnaissance, Security & Escort, Troop Insertion/Extraction and Combat Search & Rescue (CSAR).

Although Boeing has a policy of not disclosing information on its customers, based on a 2014 Department of Defense (DoD) foreign military sales (FMS) contract, the initial customer for the Boeing AH-6i is Saudi Arabia. Many reports have Jordan as a potential second customer, with a letter of intent to purchase of at least 18 units . Production was expected to start in late-2015, so the production line in Boeing’s Mesa, Arizona plant is already busy manufacturing the AH-6i.

With tight military budgets around the globe, Boeing may have found a niche with the value the Boeing AH-6i has to offer. With a reliable time-tested airframe, scalable architecture and advanced avionics and weapons systems, the Boeing AH-6i has a lot to offer potential customers, a military helicopter with true multi-role capabilities. Taking the battle-proven AH/MH-6 Little Bird and combining it with lessons-learned and technology developed within the AH-64 program, Boeing has extended the life of a reliable airframe that has been serving civilian and military forces around the world since the 1960’s.

We now take a look the Boeing AH-6i, THROUGH THE LENS…

For more in-depth look at the Boeing AH-6i, including an exclusive interview with the Director of International Apache and AH-6 Programs at The Boeing Company, you can read the author’s article: “Little Bird, Big Bite” in the June 2016 issue of Combat Aircraft Magazine. Copies are available for purchase HERE 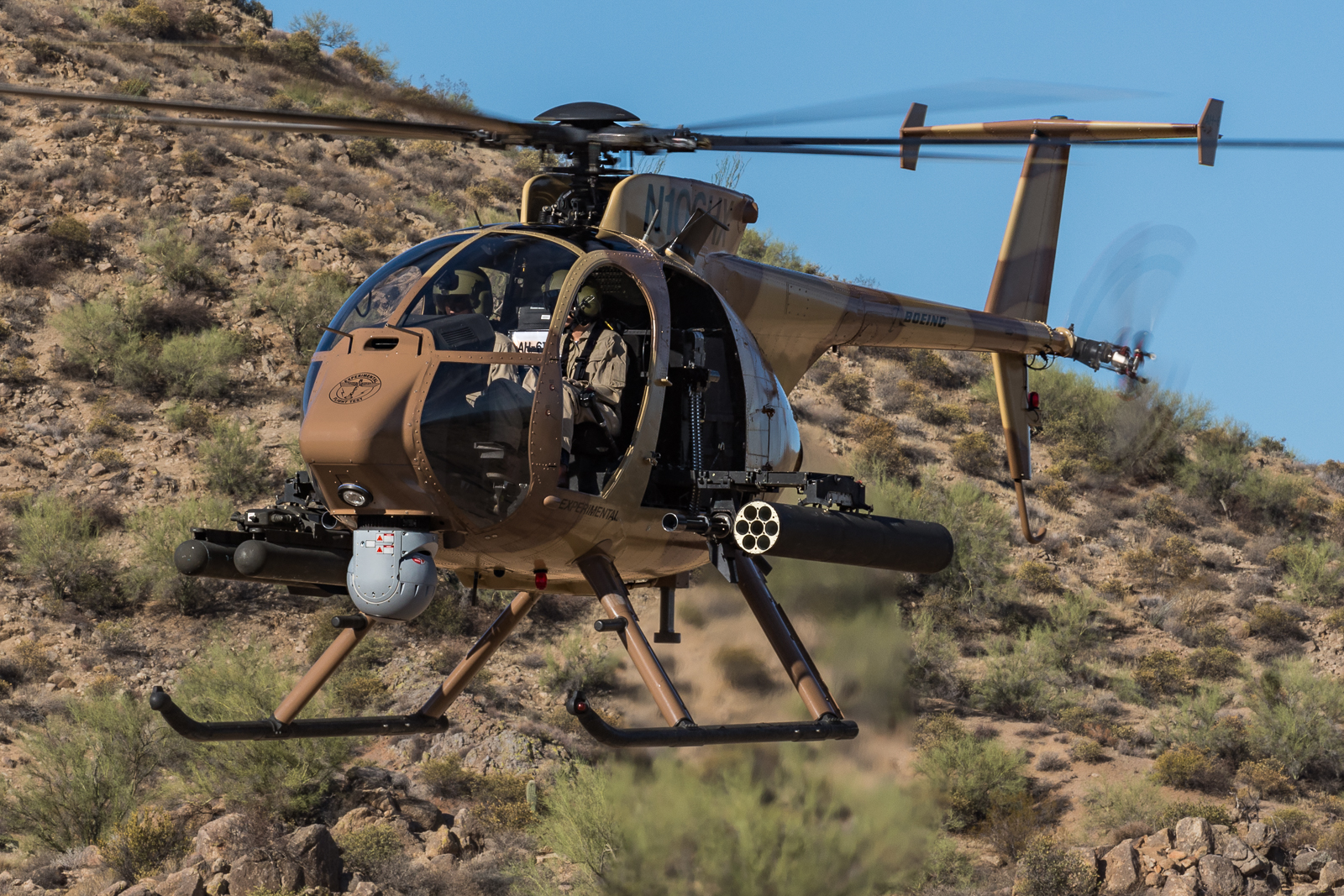 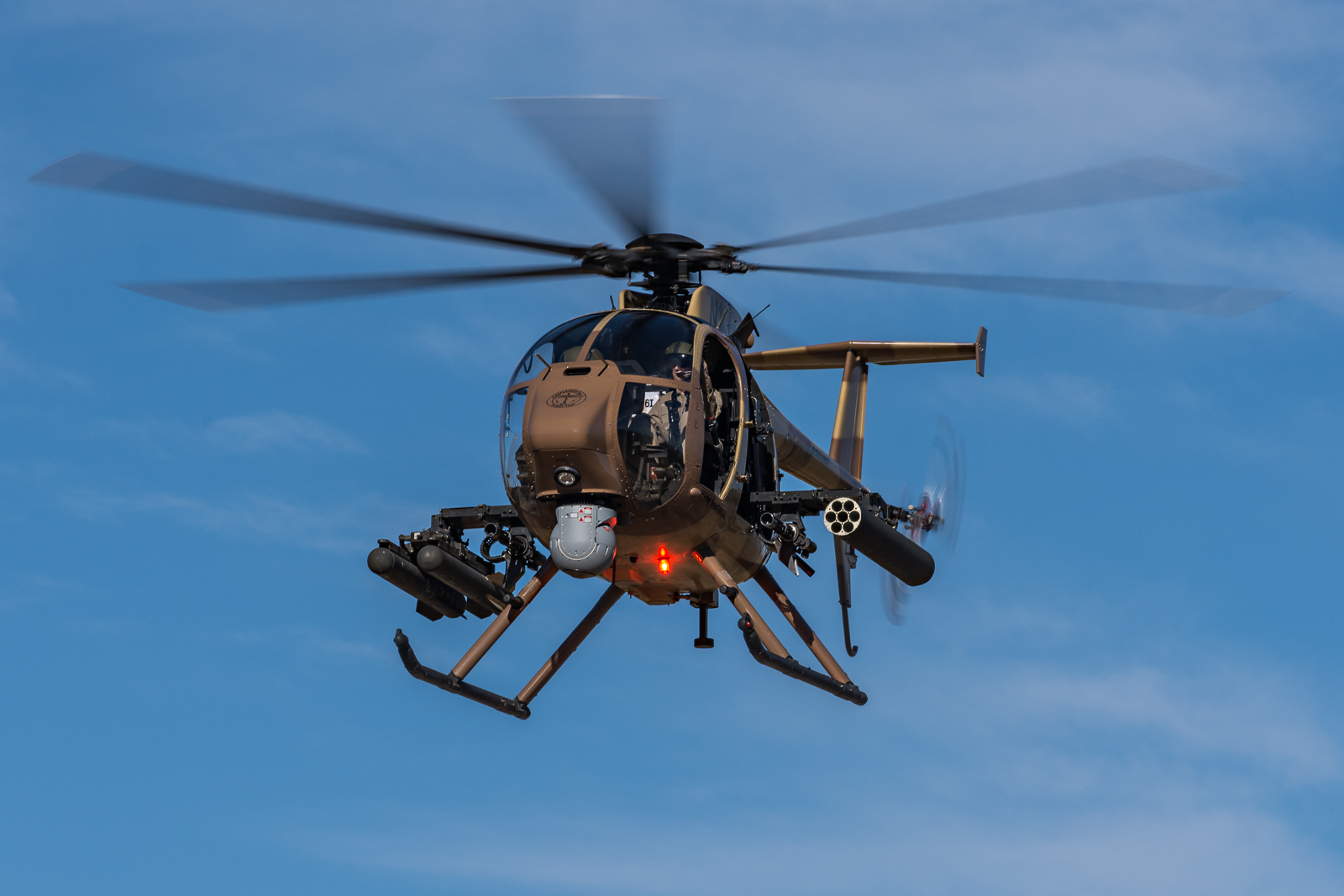 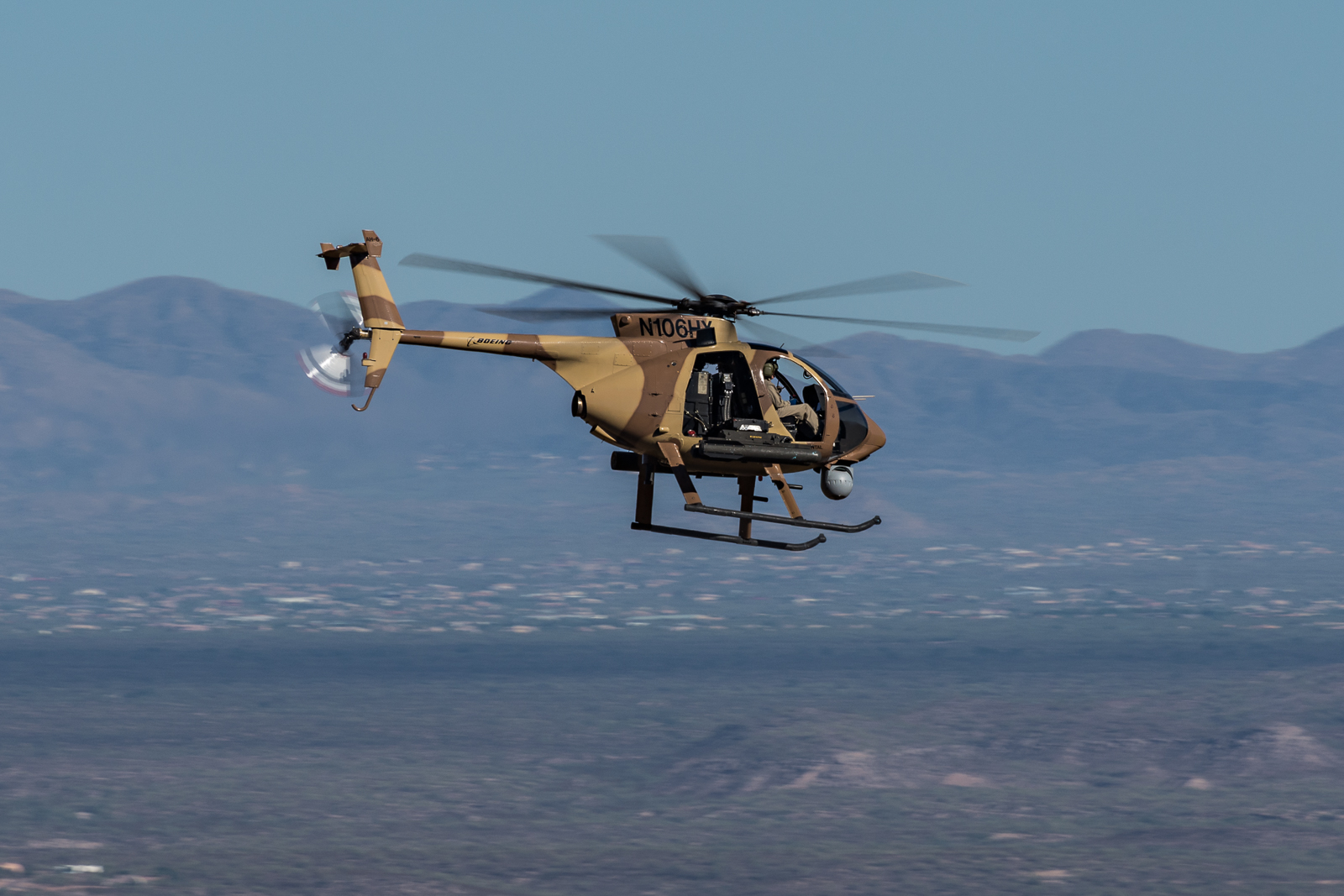 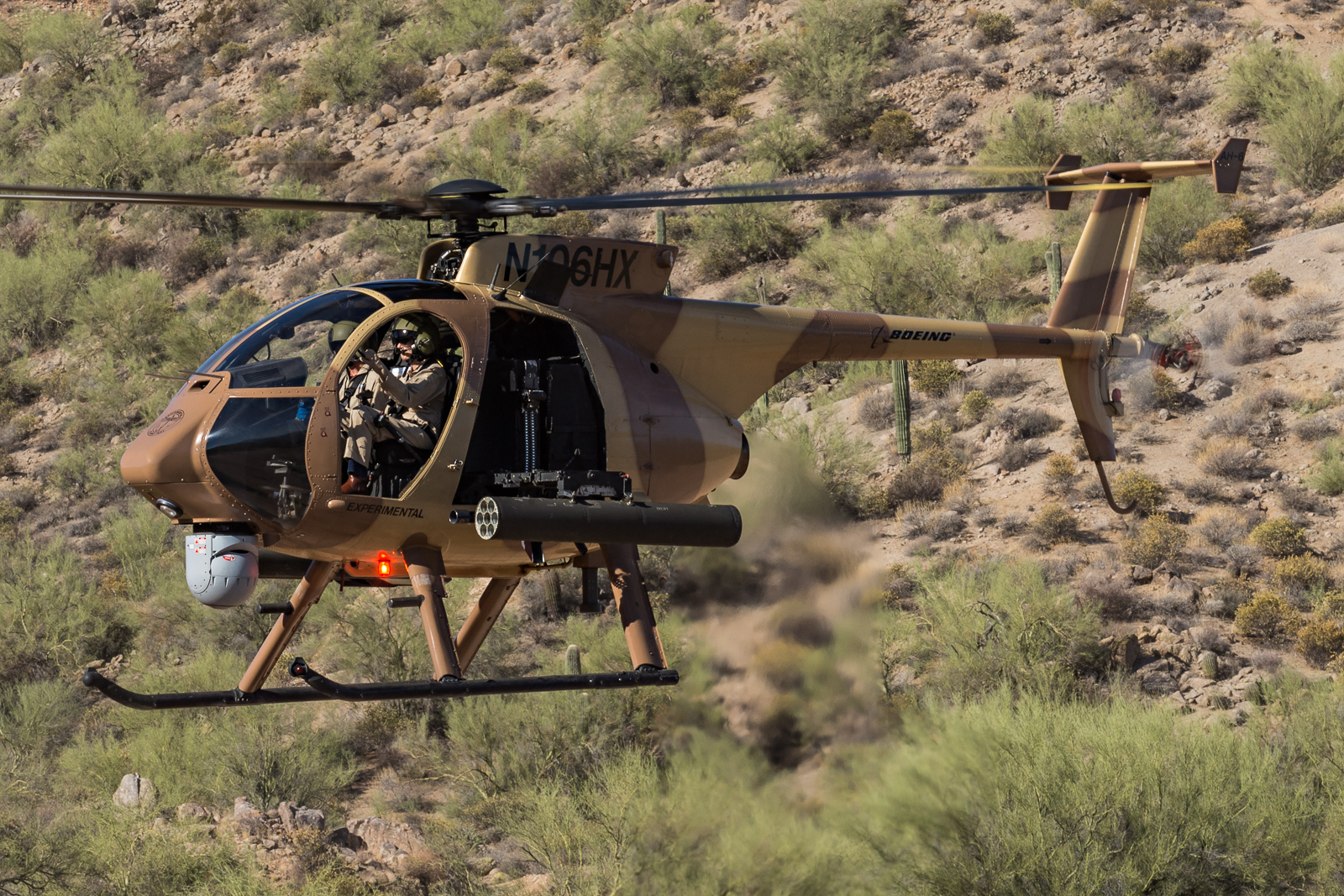 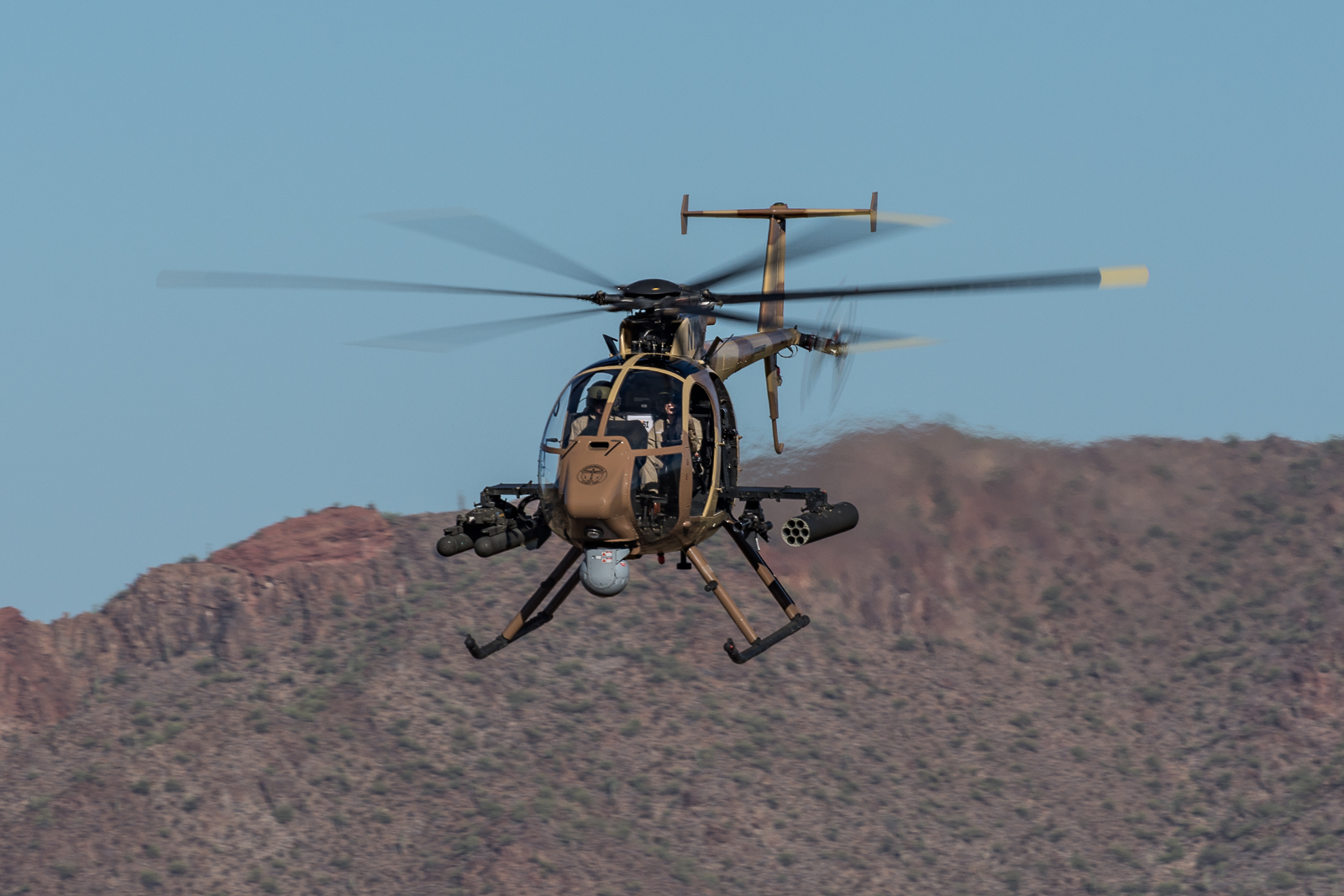 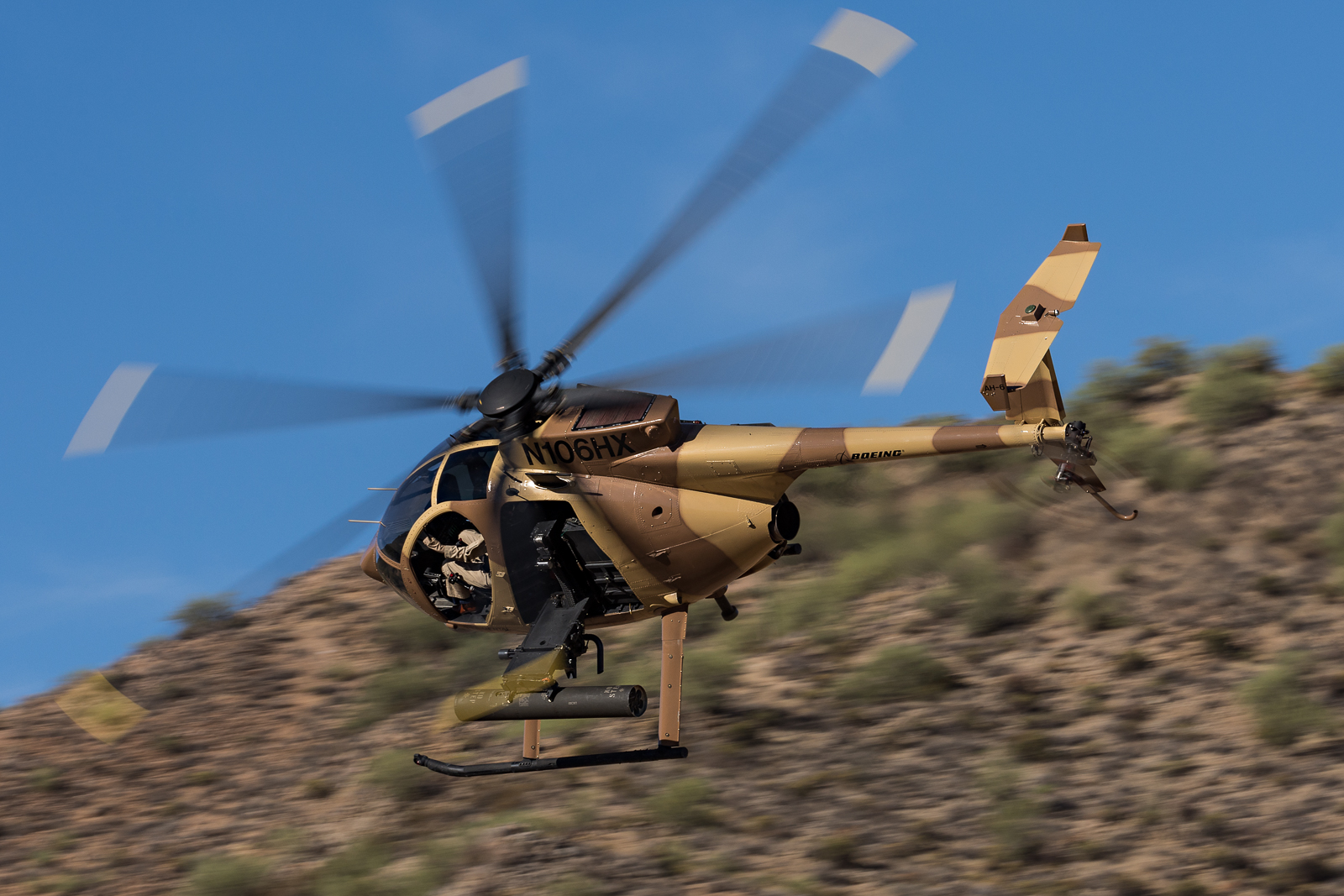 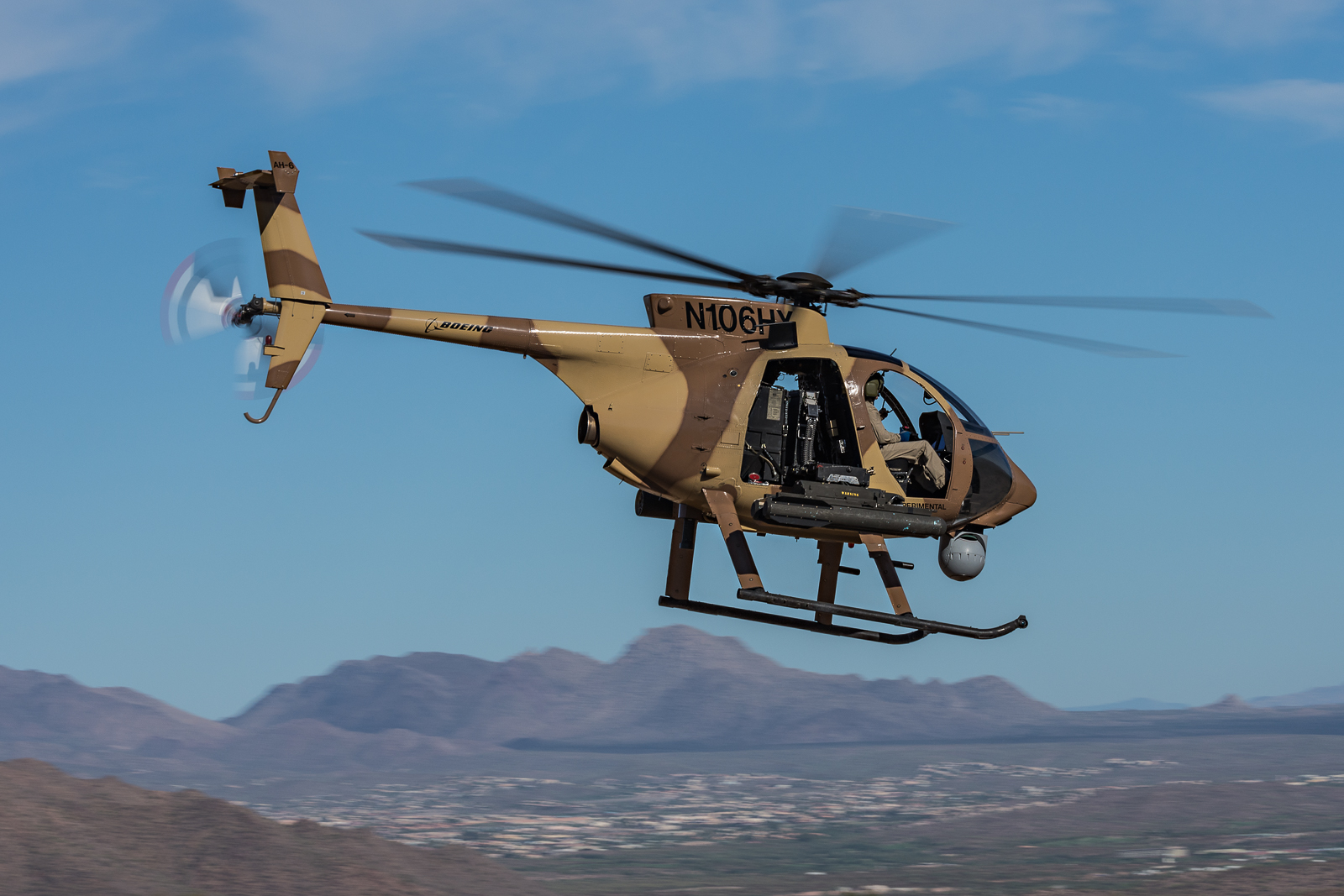 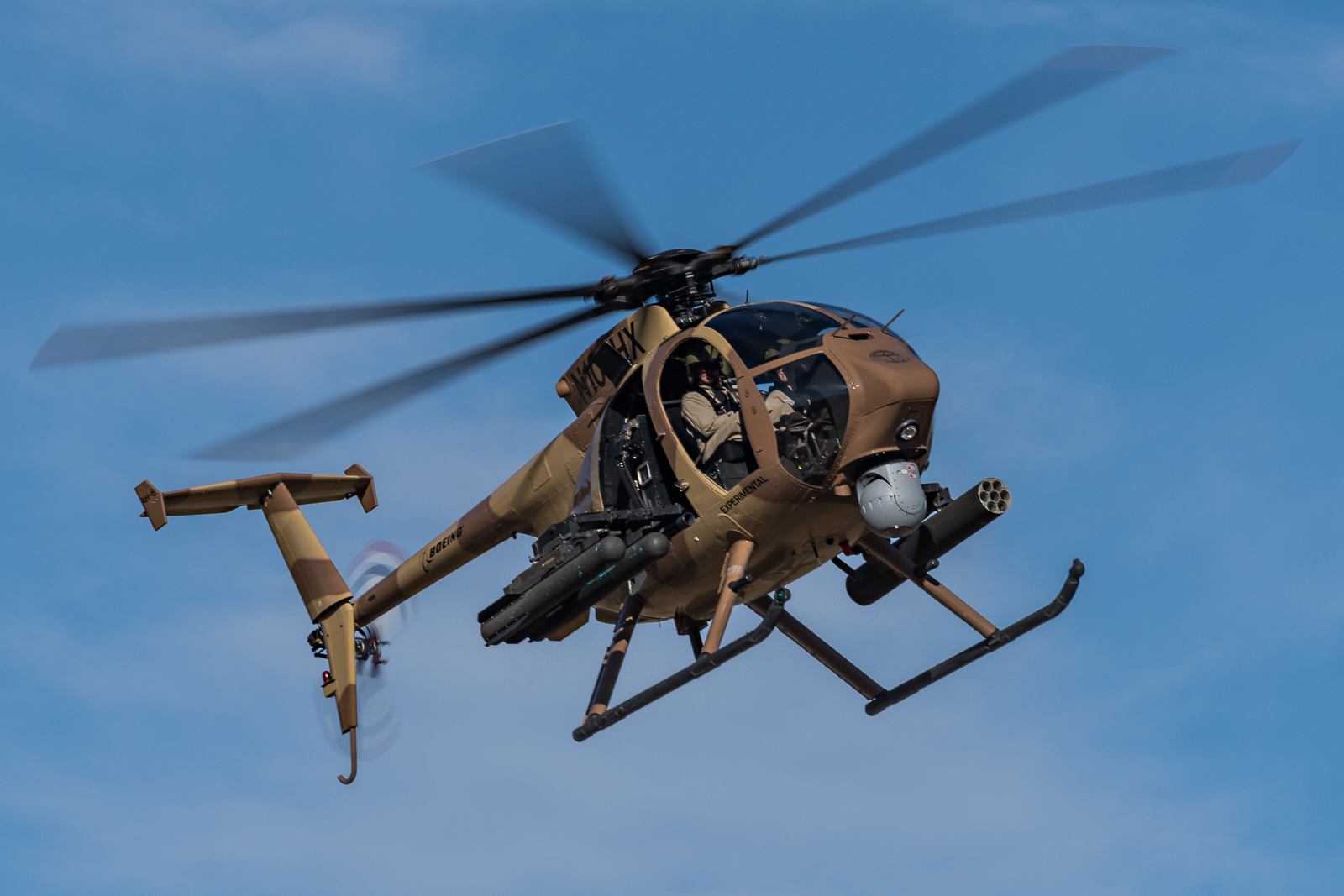 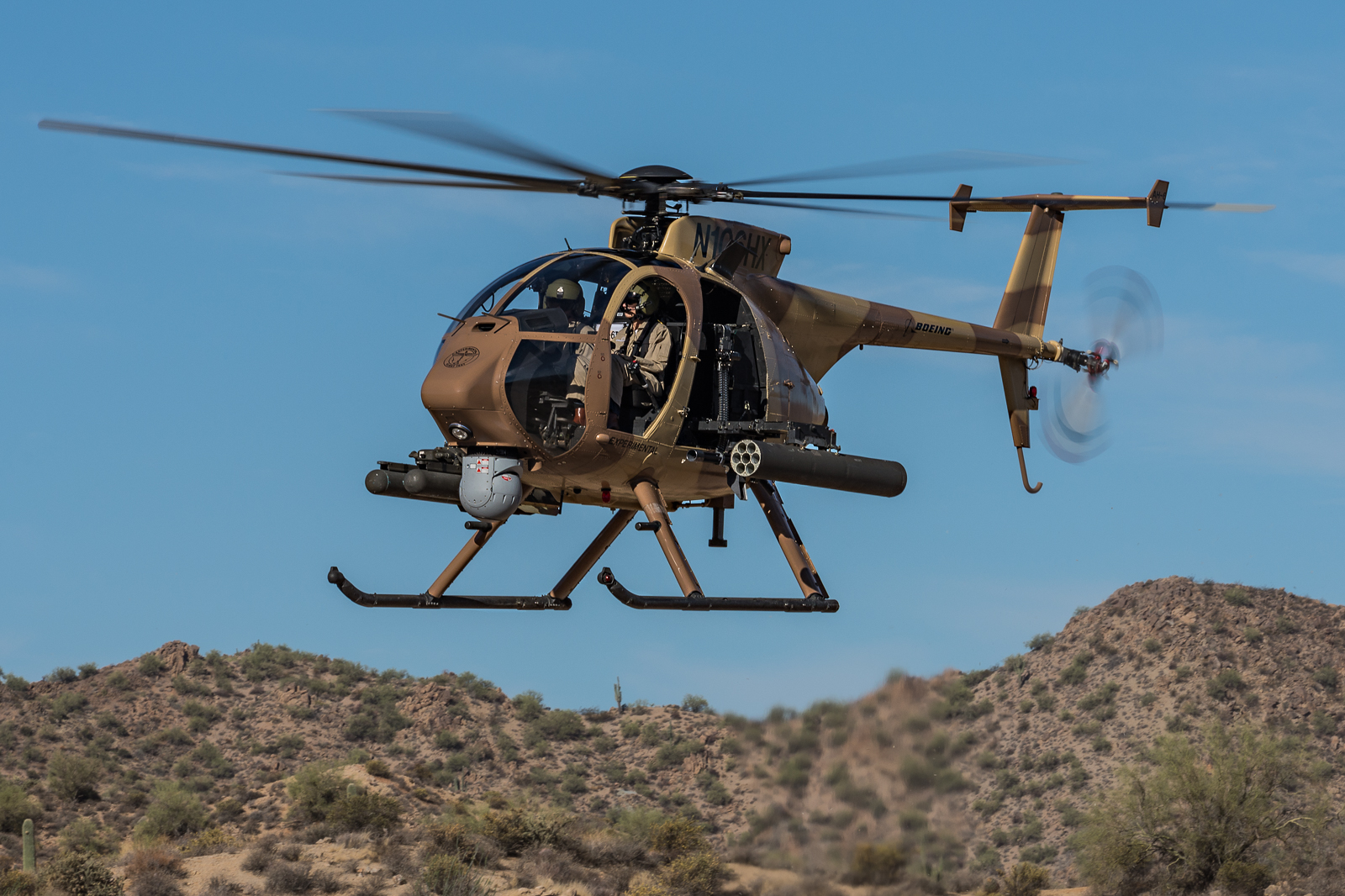 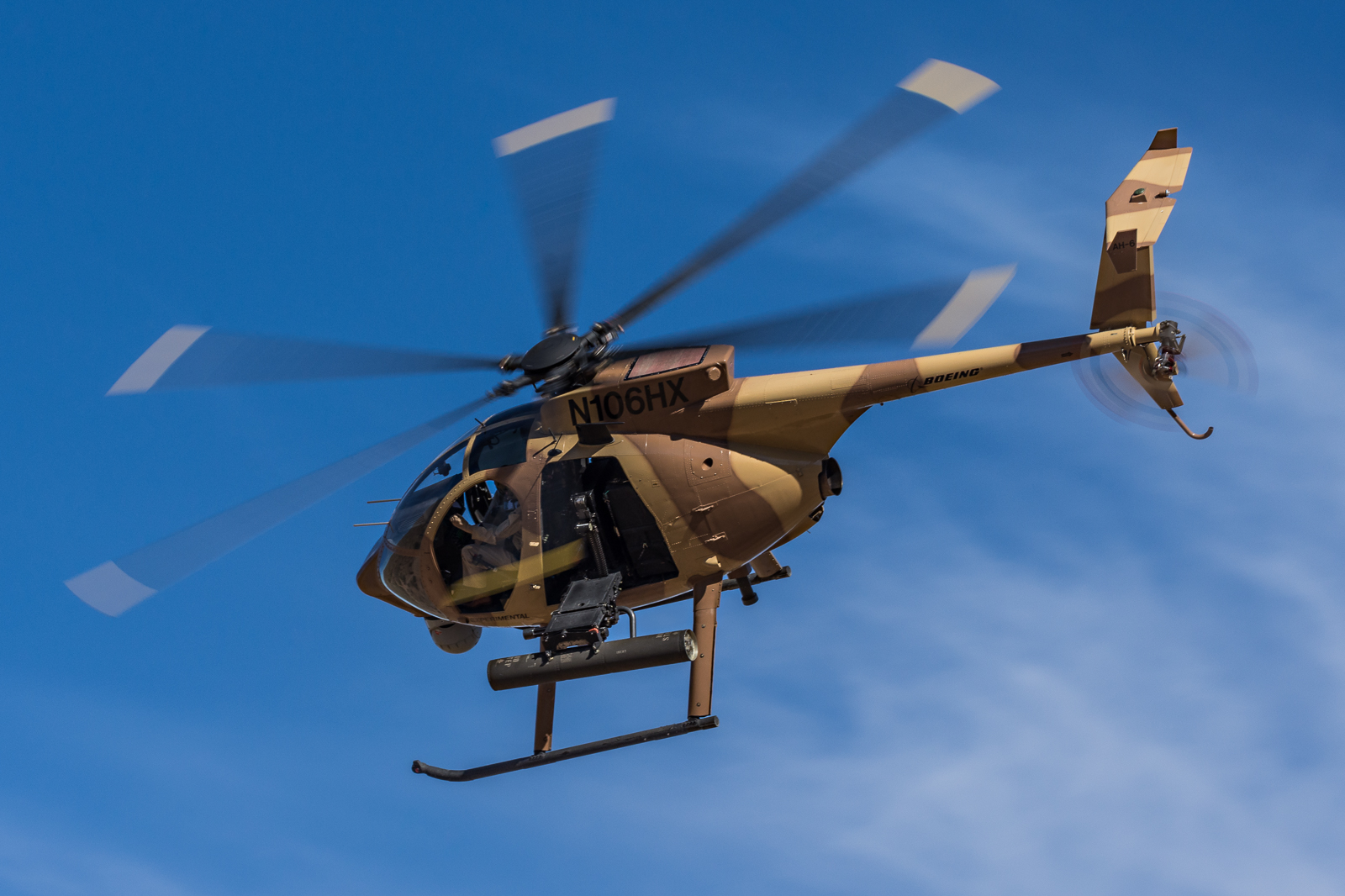 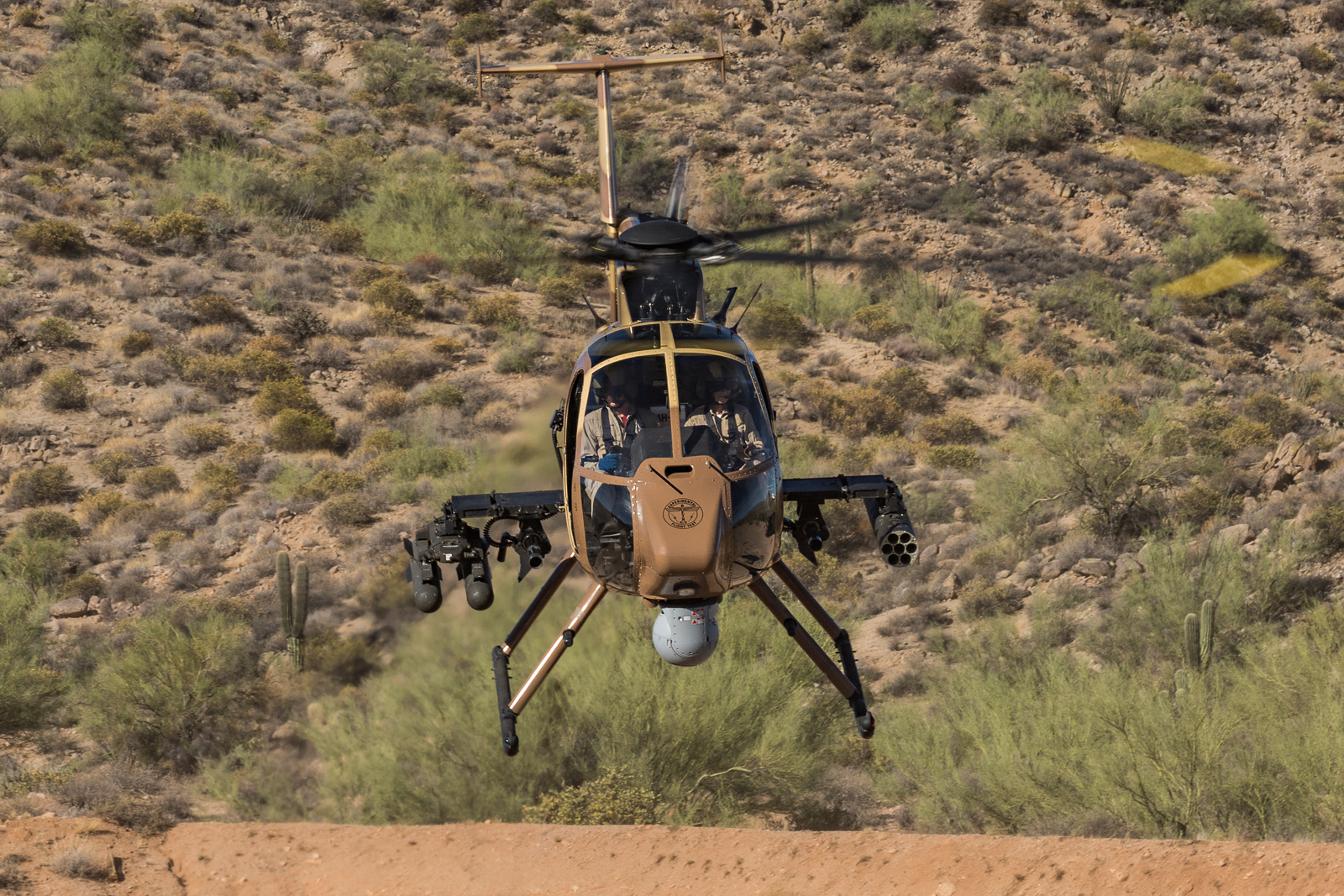 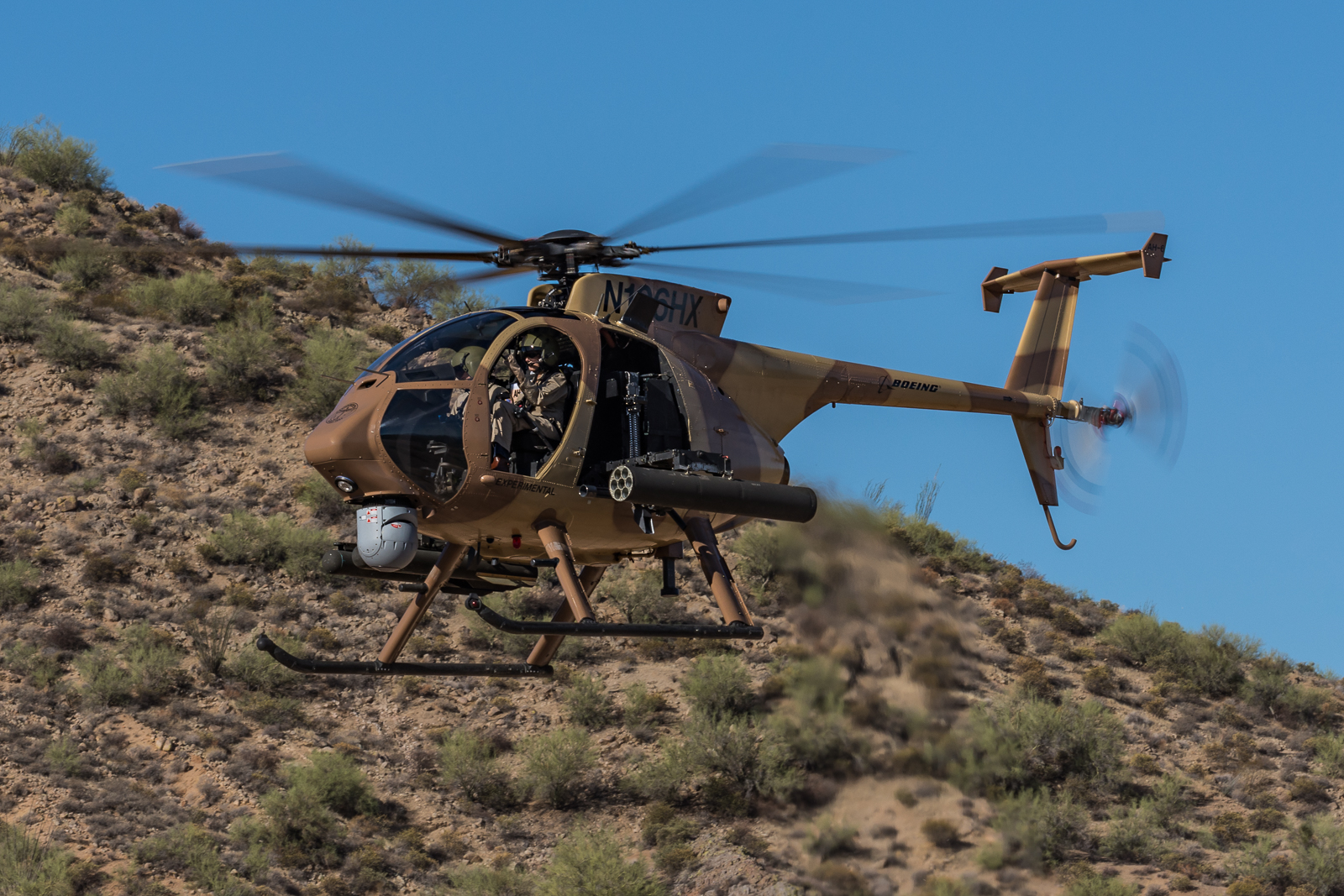 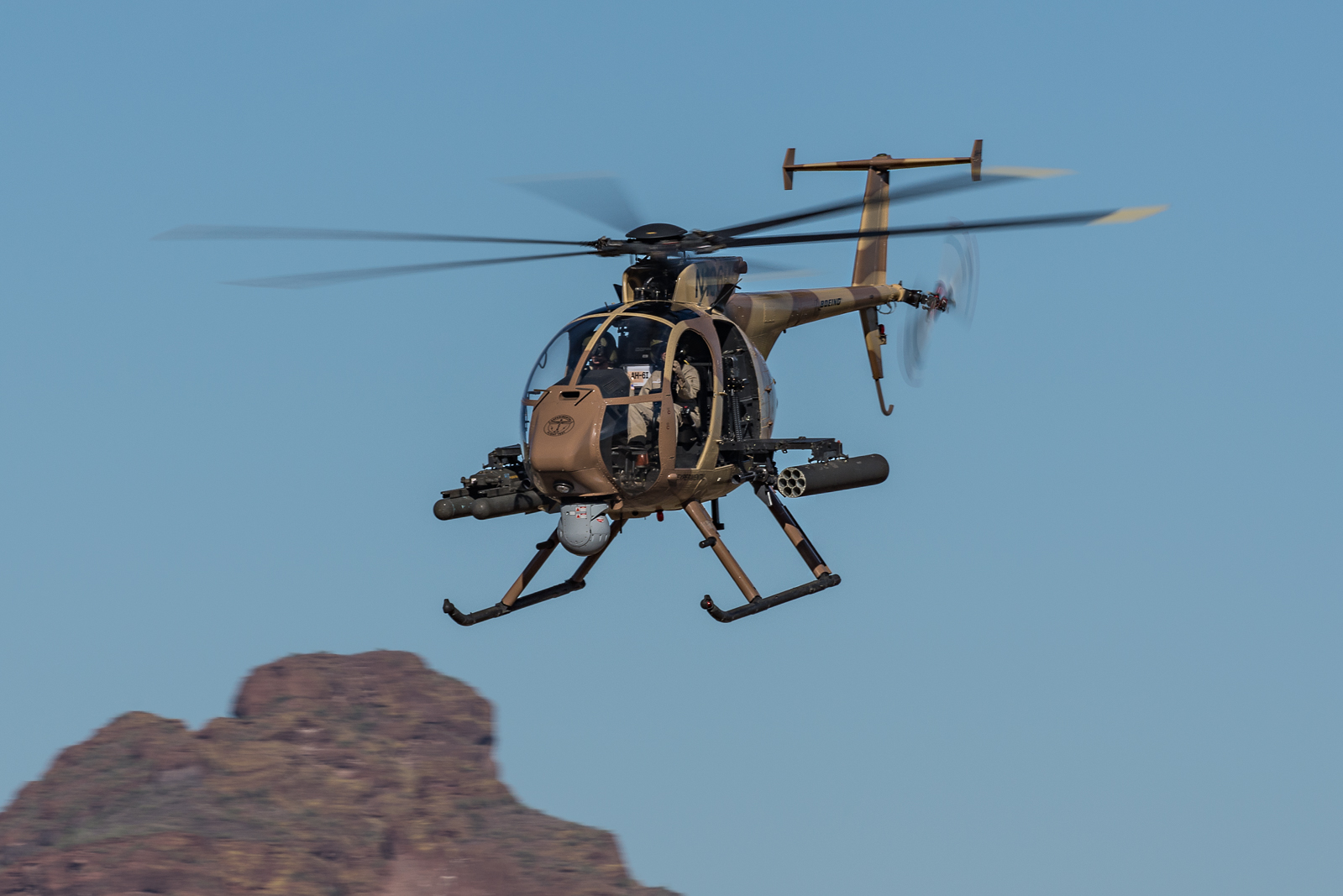 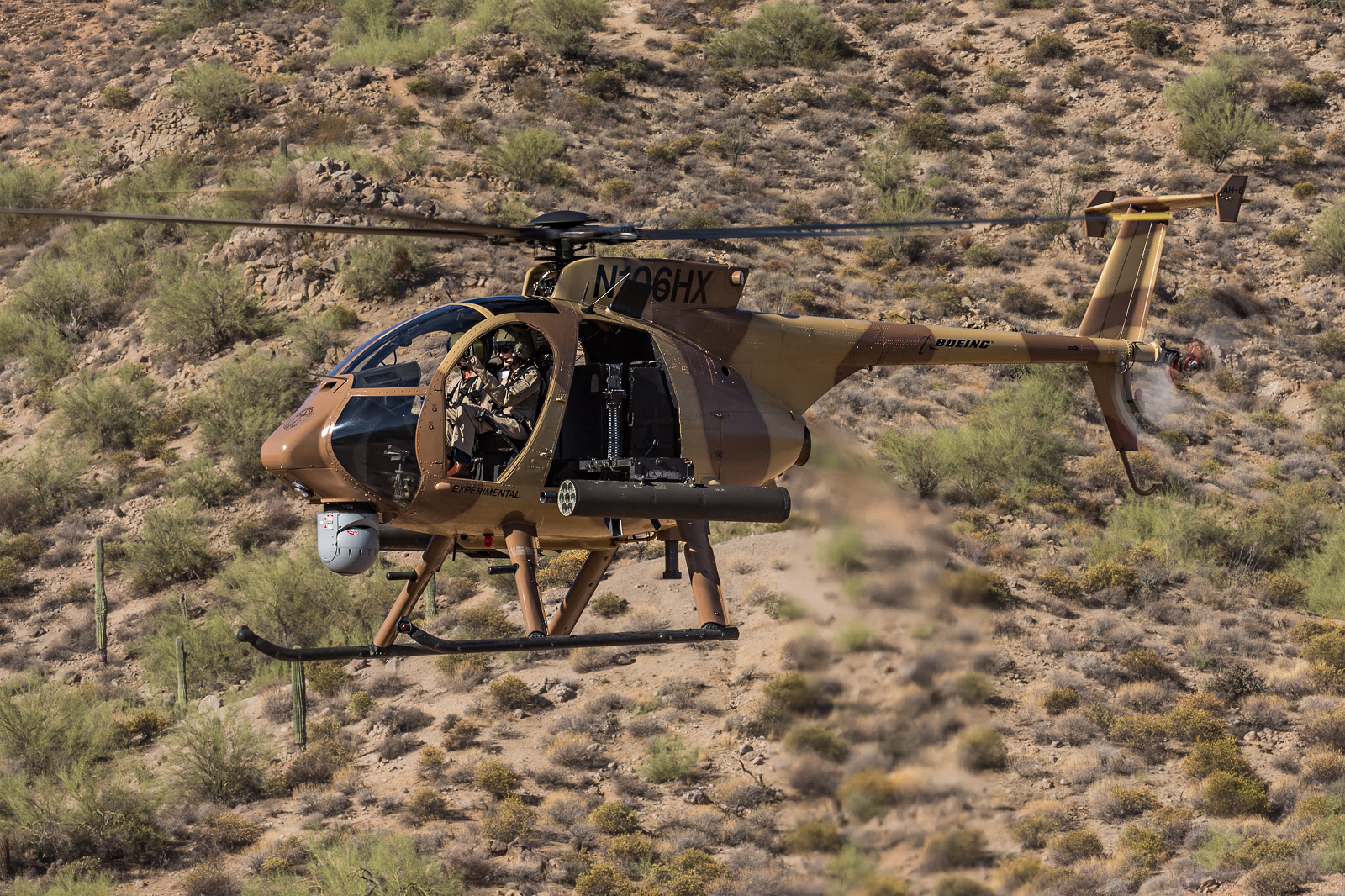 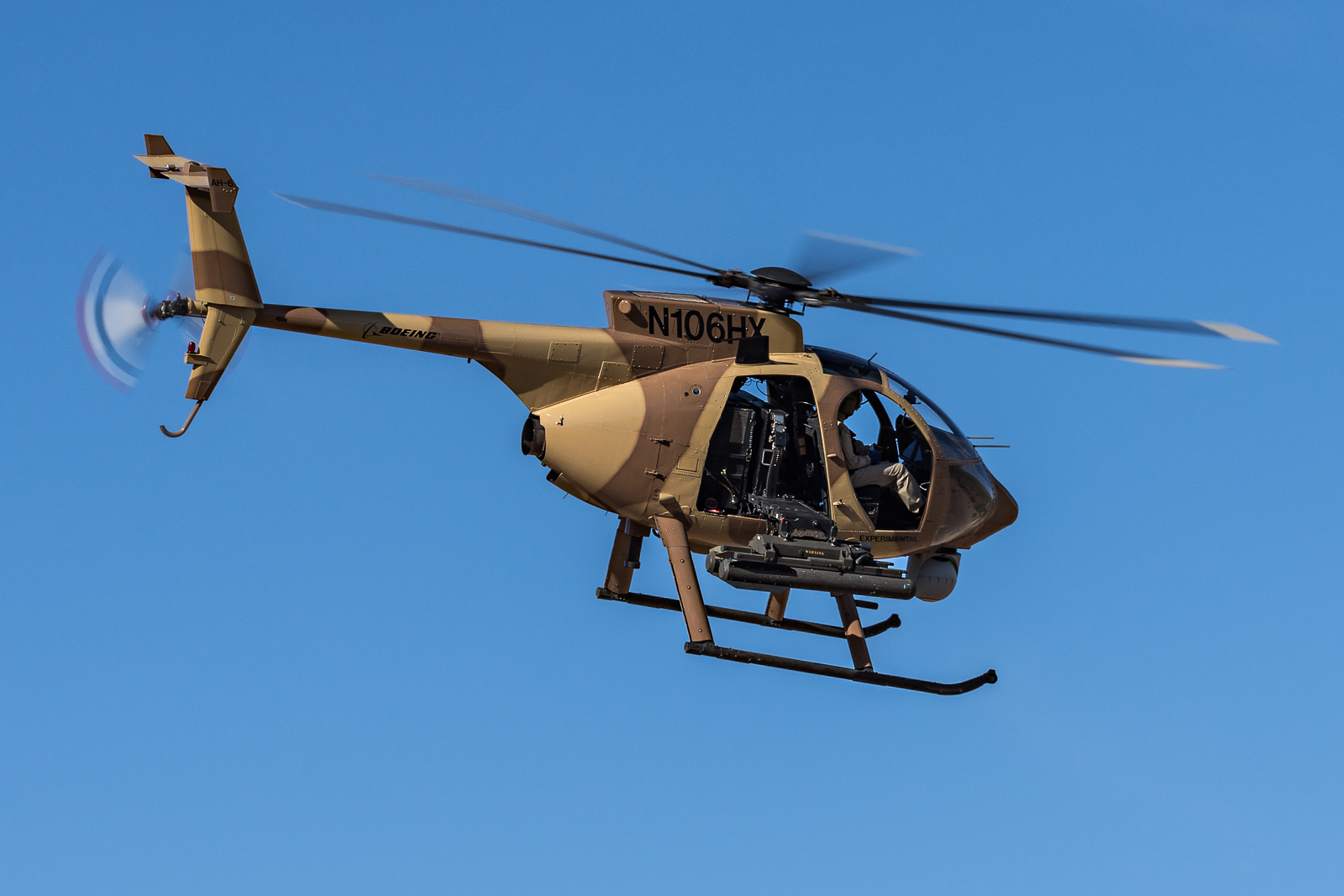