USS America Expeditionary Strike Group is Ready for War or Peace as ESG-7 train in Australia for the first time during Exercise Talisman Sabre 21.

Photos by Stocky and Steven Valinski

The forward-deployed ships of Expeditionary Strike Group (ESG) 7, along with the 31st Marine Expeditionary Unit, have arrived oﬀ the coast of Australia in preparation for the biennial bilateral exercise Talisman Sabre 2021.

This makes the first time the USS America has sailed into Australian waters and makes it a first time participant of Talisman Sabre.

The design of USS America (LHA-6) is based on the hull design of USS Makin Island (LHD-8) a Wasp Class Landing Helicopter Dock ship. In addition to an updated propulsion system, the design has incorporated several modifications to the Wasp Class Assault ships that have participated in past iterations of Talisman Sabre.

The well deck was common feature on the Wasp Class has been converted into an extended hangar deck and included two wide and high bay areas. An overhead crane was installed in each bay area making it easier for aircraft maintenance to be conducted below deck.

The design has also included a reconfigurable command and control centre, a hospital, plus additional aviation fuel storage facilities, and aviation support areas for the more aviation centric roles the ship partakes in.

These changes enable the ship to serve joint, inter-agency and transnational maritime forces which is the reason it is partaking in Exercise Talisman Sabre 21.

The vessel has hangar large enough to accommodate aircraft movement something that had to be carefully orchestrated on the Wasp Class. The ship also has increased aviation fuel capacity, and storage for aviation parts and support equipment, With its 45,000t displacement and complement of strike fighters, it can serve in the small carrier role.

The ship can also support cargo operations, attack helicopters, and the AV-8B Harriers although the later is about to be retired. The exact configuration of the ship’s aircraft complement varies based on its mission.

The ship provides a robust solution to defend against various threats that may arise in any situation around the world and training in Australia helps the ships crew and embarked marines to keep competency as a ready to go at moments notice solution to any threat..

“Talisman Sabre 21 allows the U.S. alongside partners and allies, to further enhance our ability to respond to any contingency as part of a joint or combined effort in support of a free and open Indo-Pacific region.”

During Talisman Sabre 21, the America ARG-MEU team will integrate with the Royal Australian Navy, Royal Canadian Navy, Japan Maritime Self Defense Force, and Republic of Korea Navy for maritime operations further enhancing their ability to respond to crises as part of a joint or combined effort.

ESG-7 along with the 31st MEU will train together to operate and sustain each other in a contested maritime environment, conducting integrated amphibious and air defence operations, as well as tactical manoeuvring and replenishments-at-sea.

“As our forces integrate throughout this exercise we will develop more innovative ways to fight tonight.”

At the heart of Talisman Sabre, the U.S.-Australia alliance dates back more than 100 years, encompassing every modern world conflict since World War One. Maintaining and building trust with like-minded allies and partners is crucial to a free and open Indo-Pacific.

The two countries along with New Zealand will celebrate the seventy year anniversary of the ANZUS alliance in 2021, with the year also of significance for the the Marine Rotational Force-Darwin as it will be in it’s tenth year of operations, highlighting the close bonds the ADF and U.S. units share in this ongoing partnership.

“As we further our Naval Integration we also seek to build enduring, mutually beneficial relationships and invest in training with like-minded partners and allies throughout the region.”

Along with regional alliances and partnerships, the Navy is also a steward of the marine environment wherever its ships operate, including the Great Barrier Reef.

Prior to Talisman Sabre, crews received training on environmental protective measures to minimise potential impact on marine life, which the Navy employs in accordance with the Marine Mammal Protection and Endangered Species Acts. Australian environmental advisors have been integrated in every step of the Talisman Sabre planning process.

Likewise, mitigation for the continuing COVID-19 pandemic in partner nations has been a key component of Talisman Sabre planning. U.S. military forces continue to take appropriate force health protection measures, helping to mitigate the spread of COVID while maintaining the commitment and capability to train and operate in the COVID environment.

Together, the forward-deployed ships of ESG 7 and elements of the 31st MEU are operating in the U.S. 7th Fleet area of responsibility to enhance interoperability with allies and partners, and serve as a ready response force to defend peace and stability in the Indo-Pacific region.

This year as has been seen in previous Talisman Sabre exercises Marine Medium Tilt-Rotor Squadron 265 “Dragons” are the Air Combat Element (ACE) assigned to the 31st MEU for TS21.

As such VMM-265(R) (Reinforced) are the umbrella Squadron for other USMC aviation units, which means the VMM-265 Detachment Commander onboard USS America becomes commanding officer for all ACE units onboard LHA-7 and LPD-18.

For a detailed look at how a ESG works together during Talisman Sabre head to our YouTube channel for a in depth look at when USS Wasp (LHD-1) ESG with the 31st MEU embarked onboard participated in Talisman Sabre 2019. 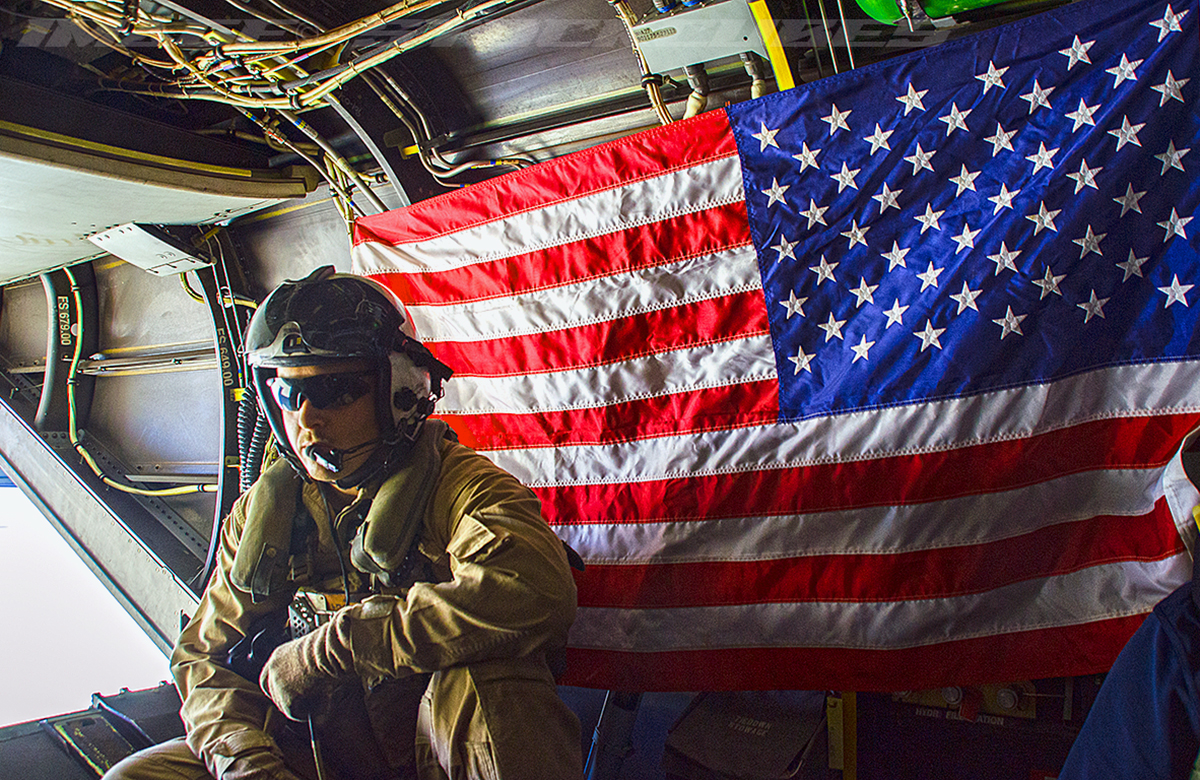 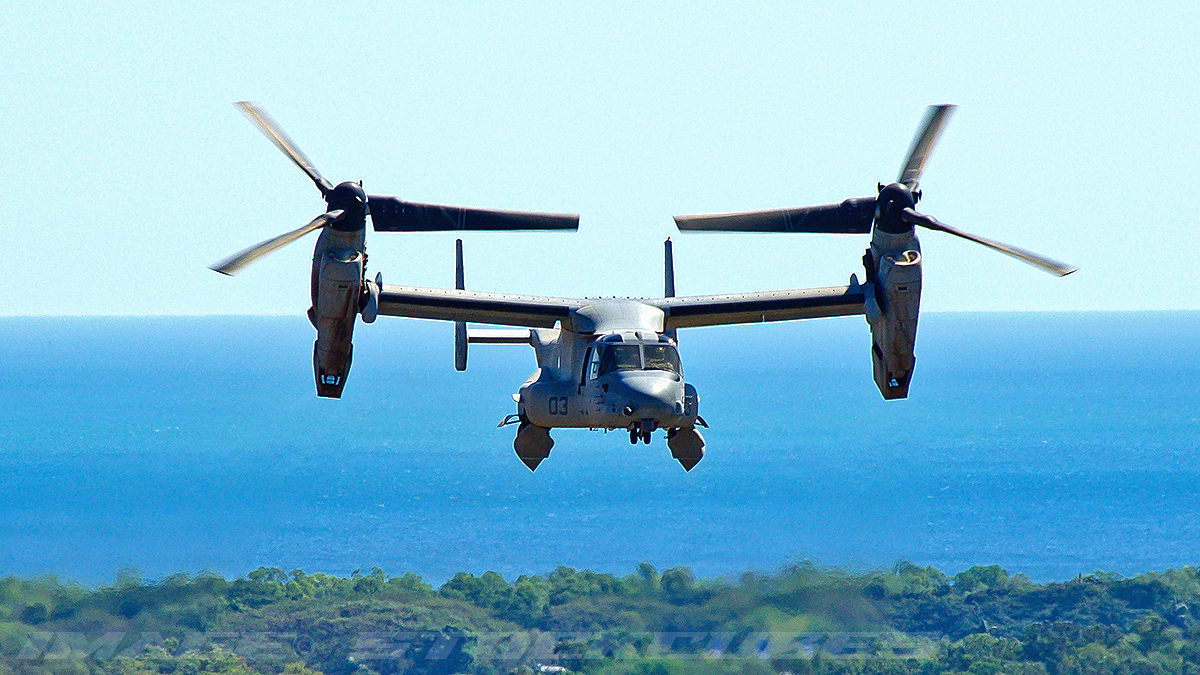 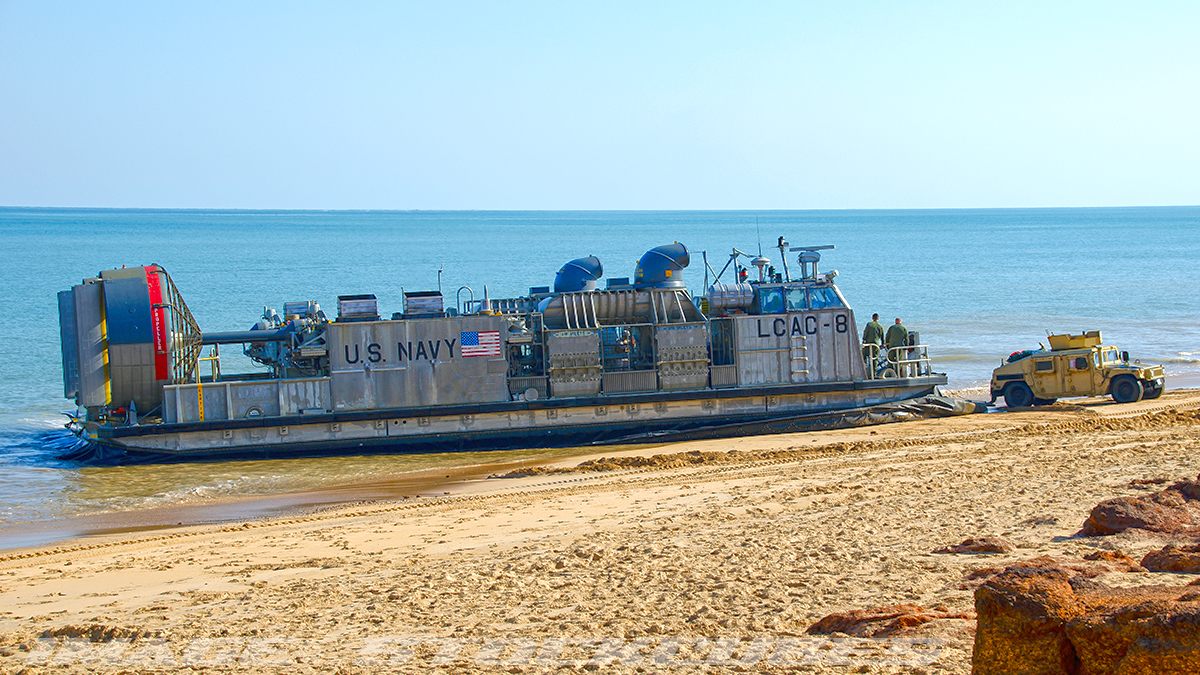 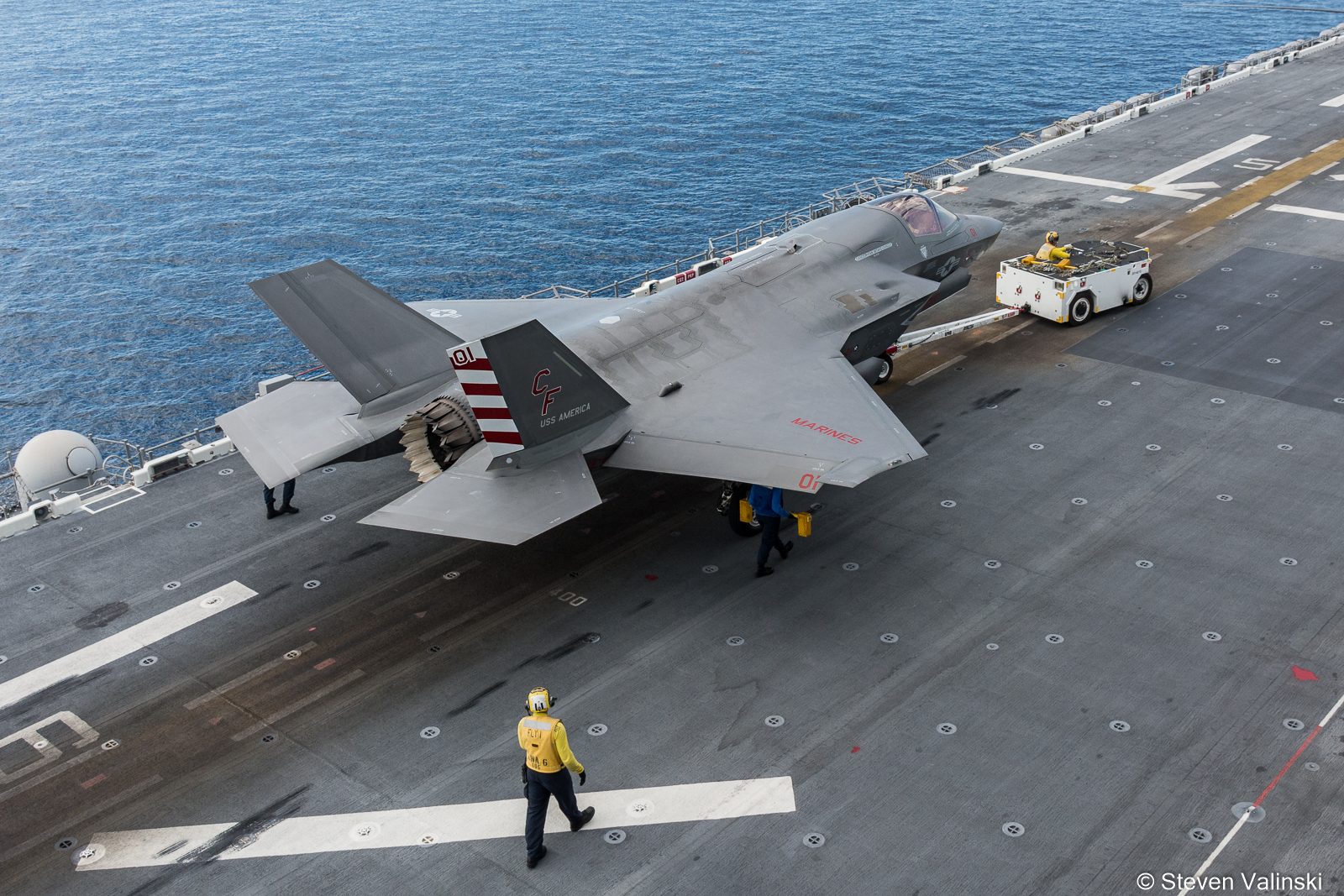 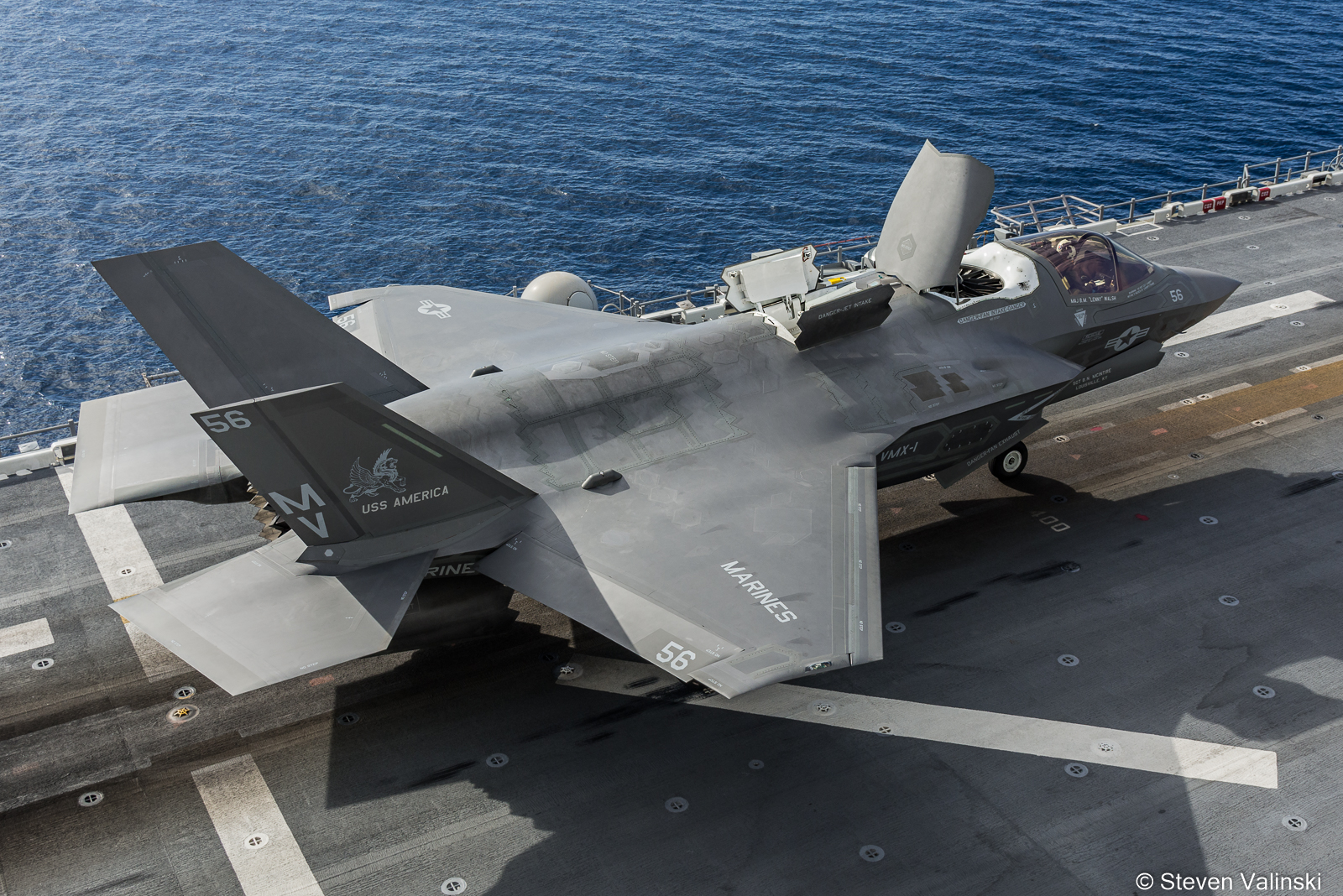 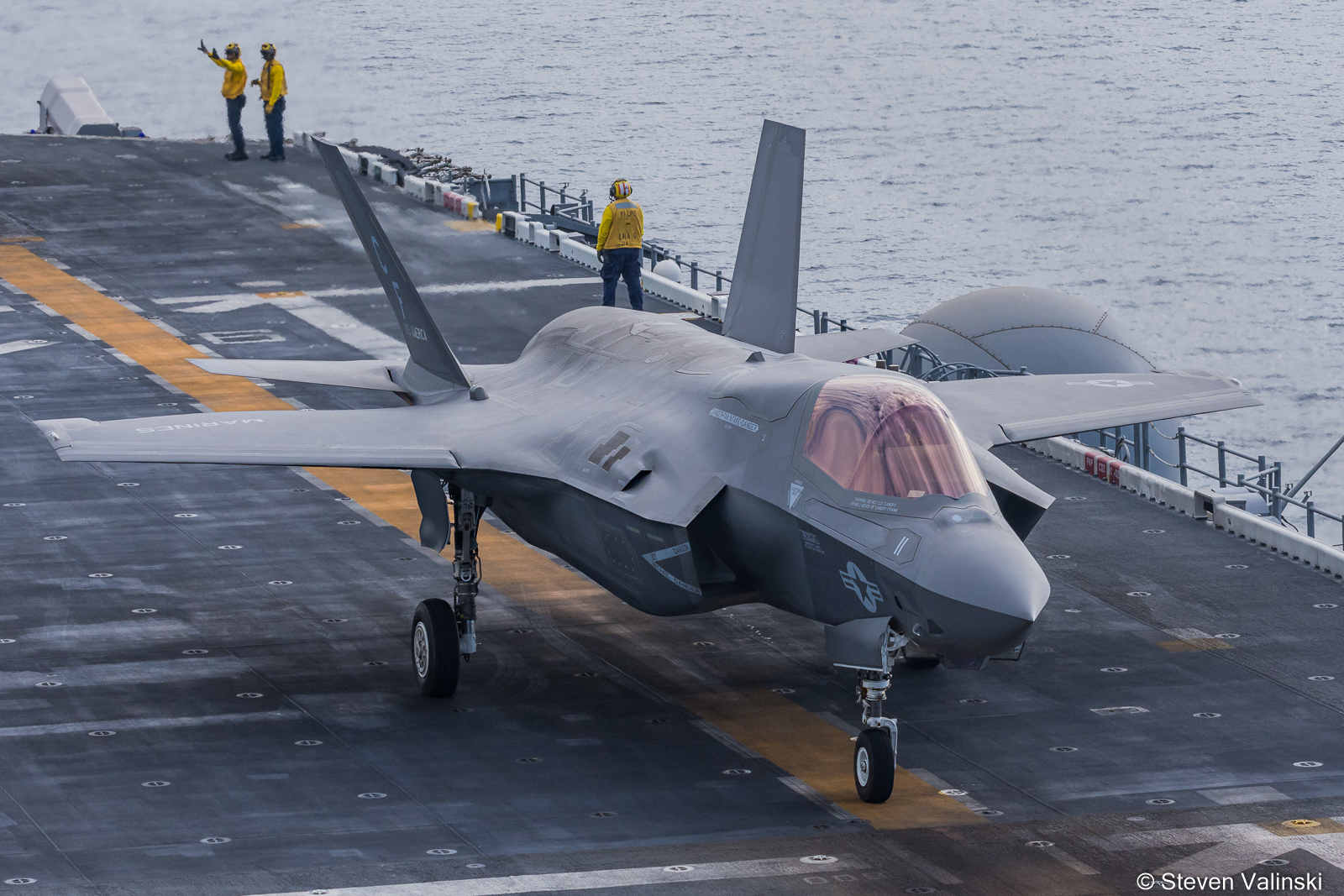 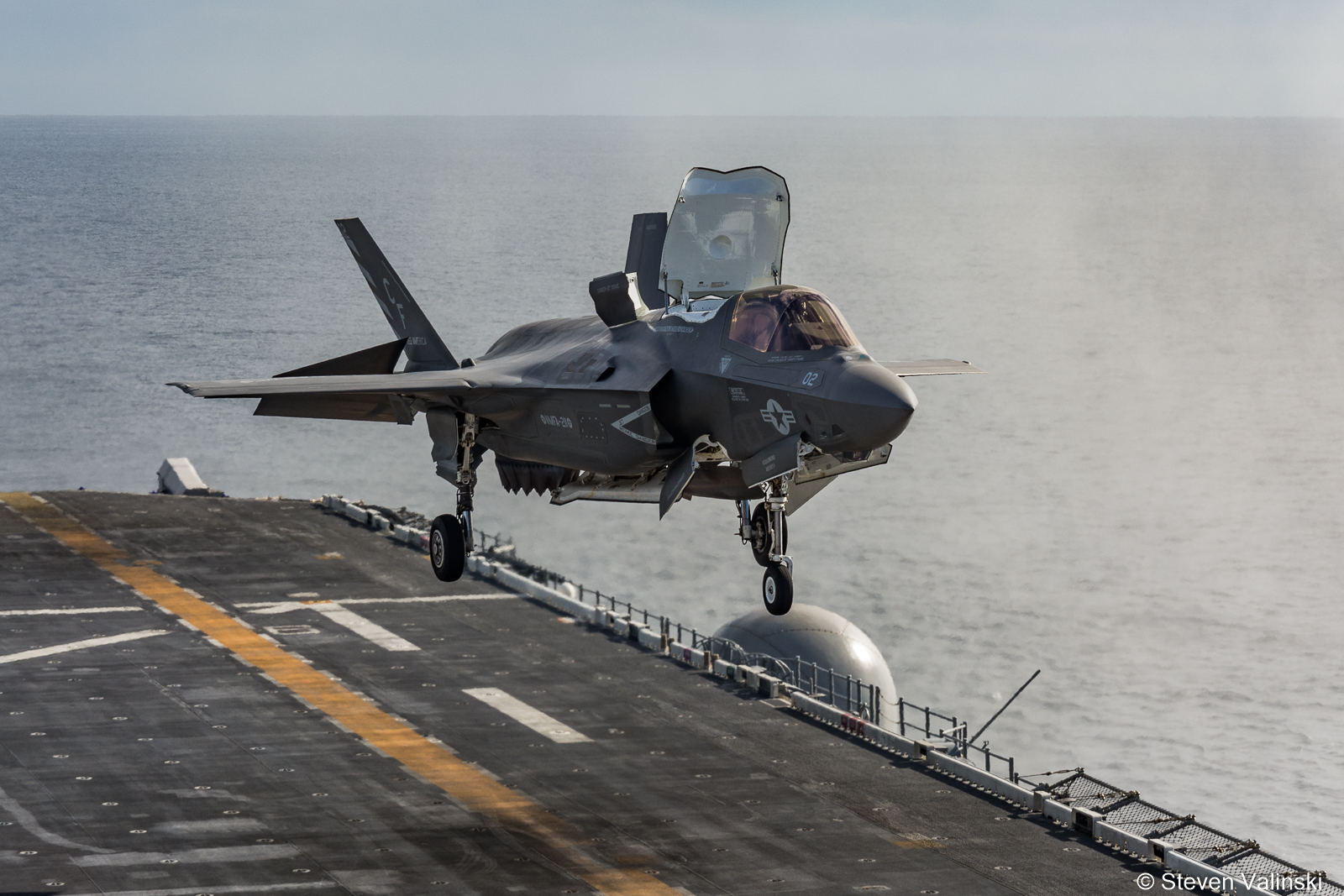 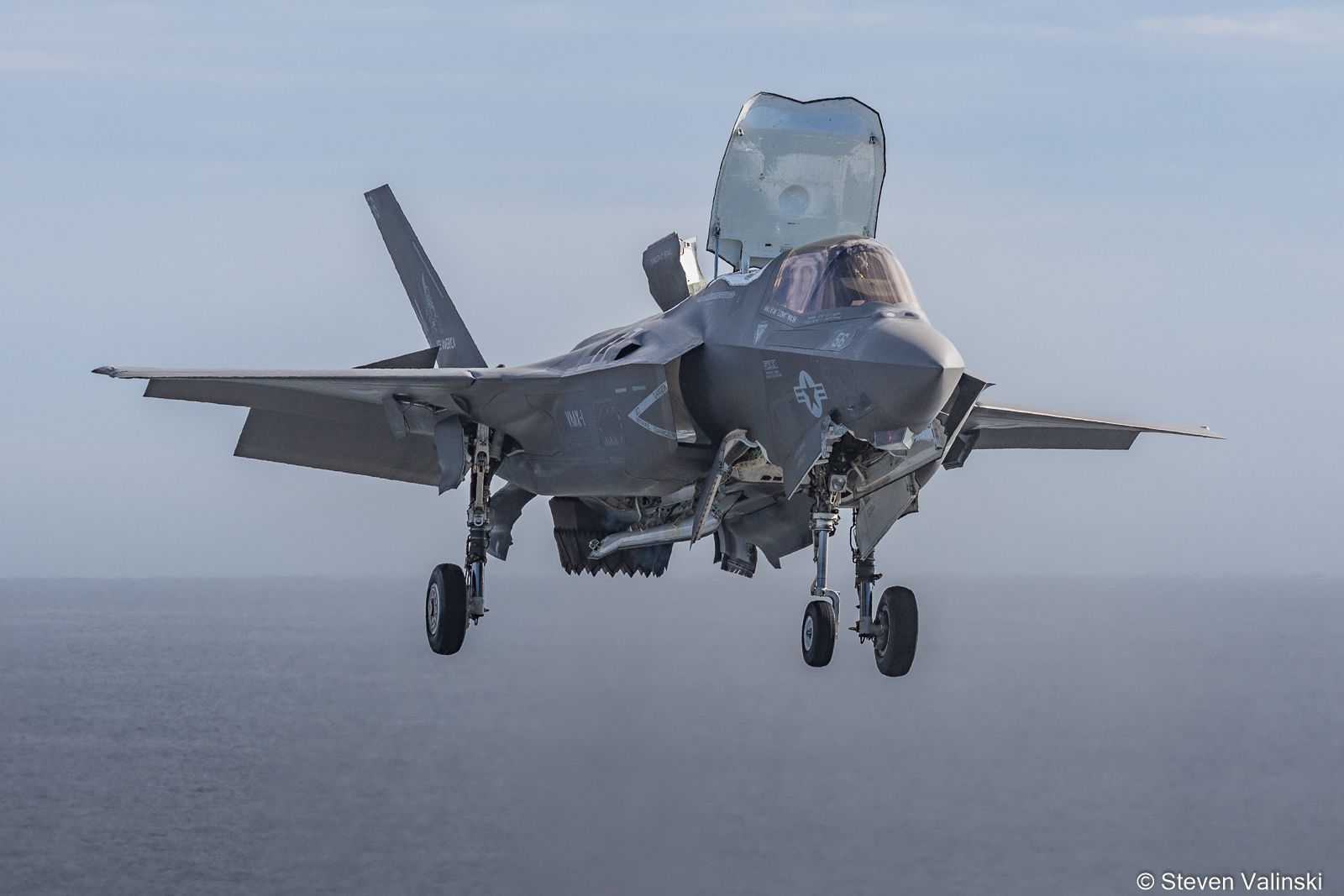 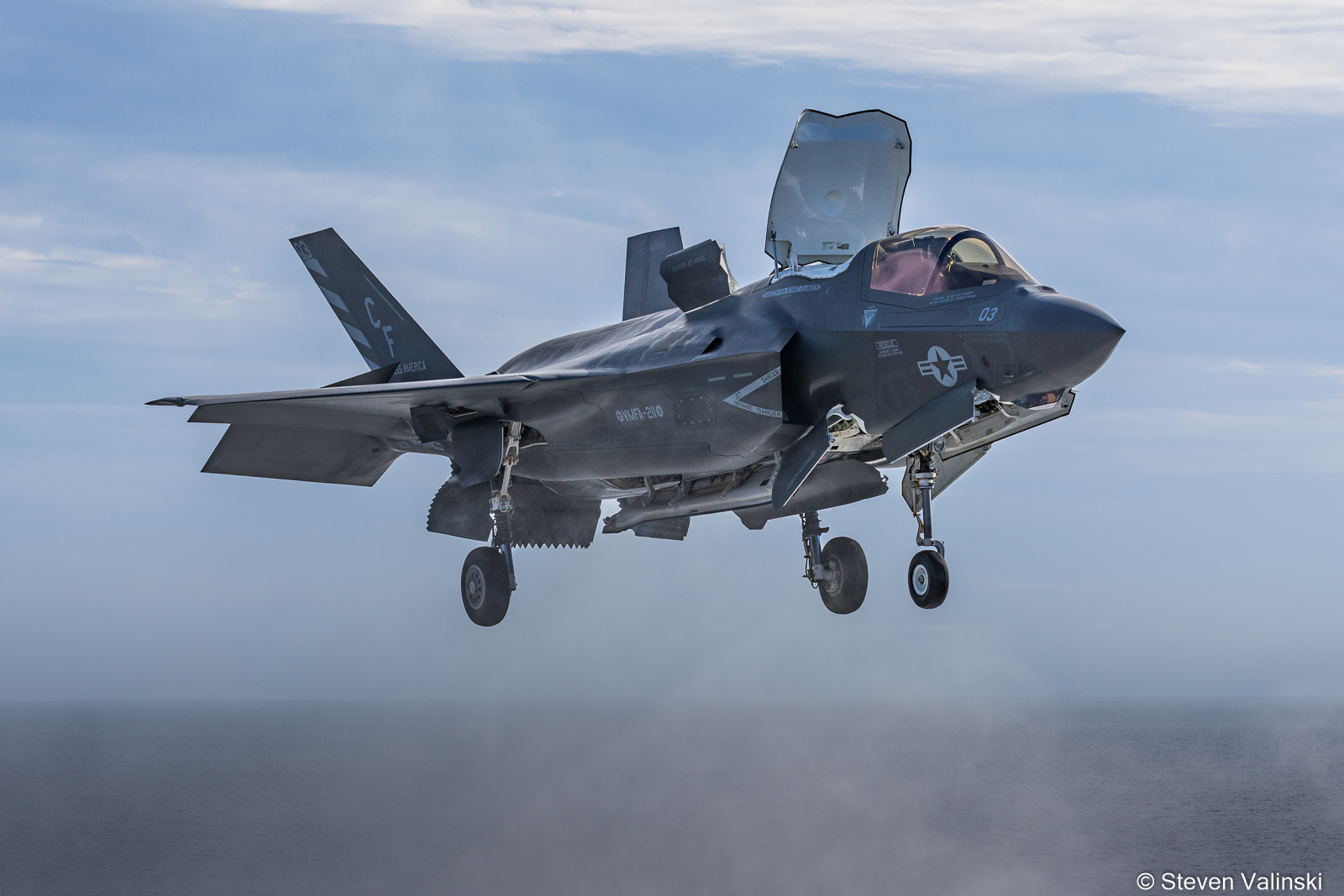 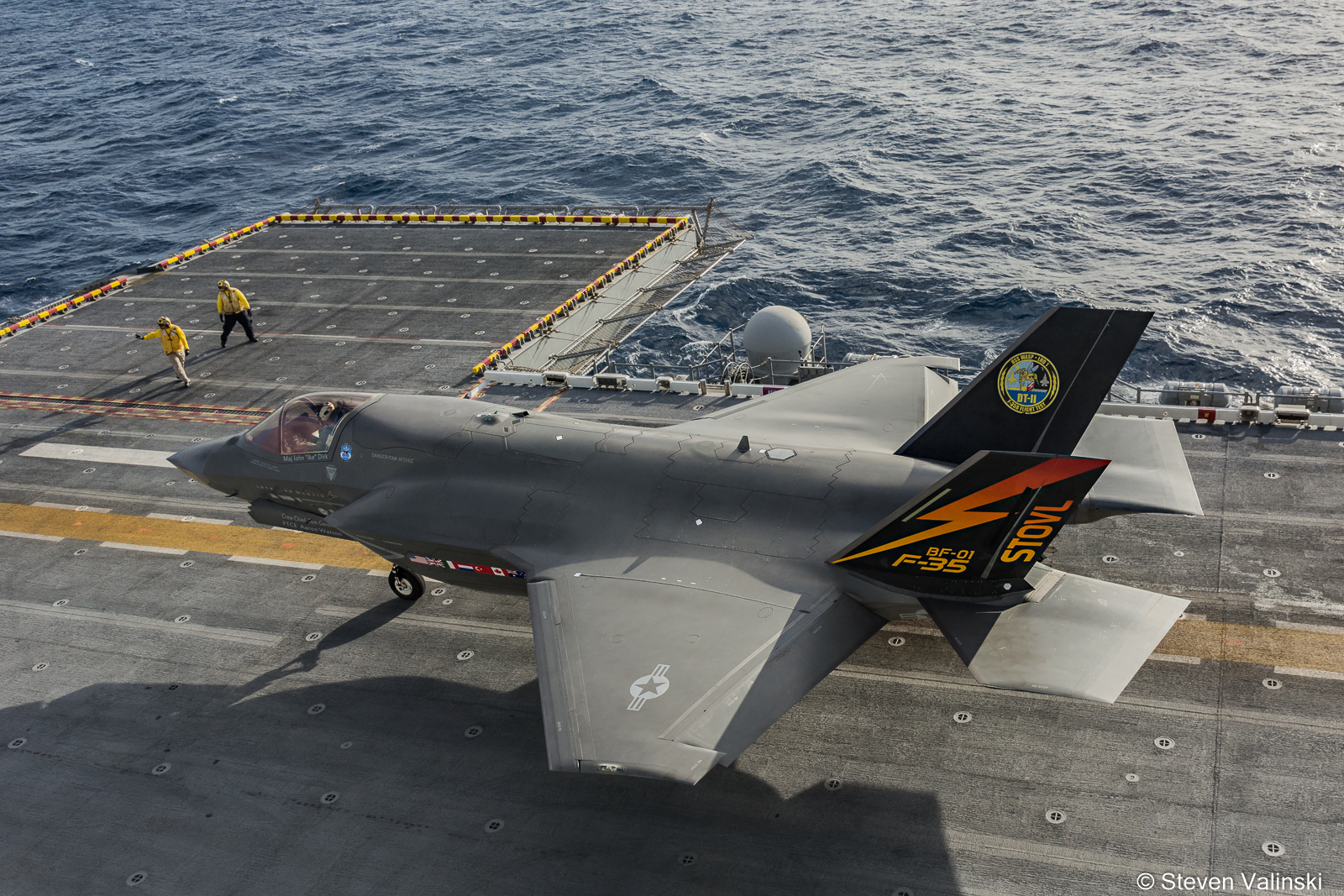 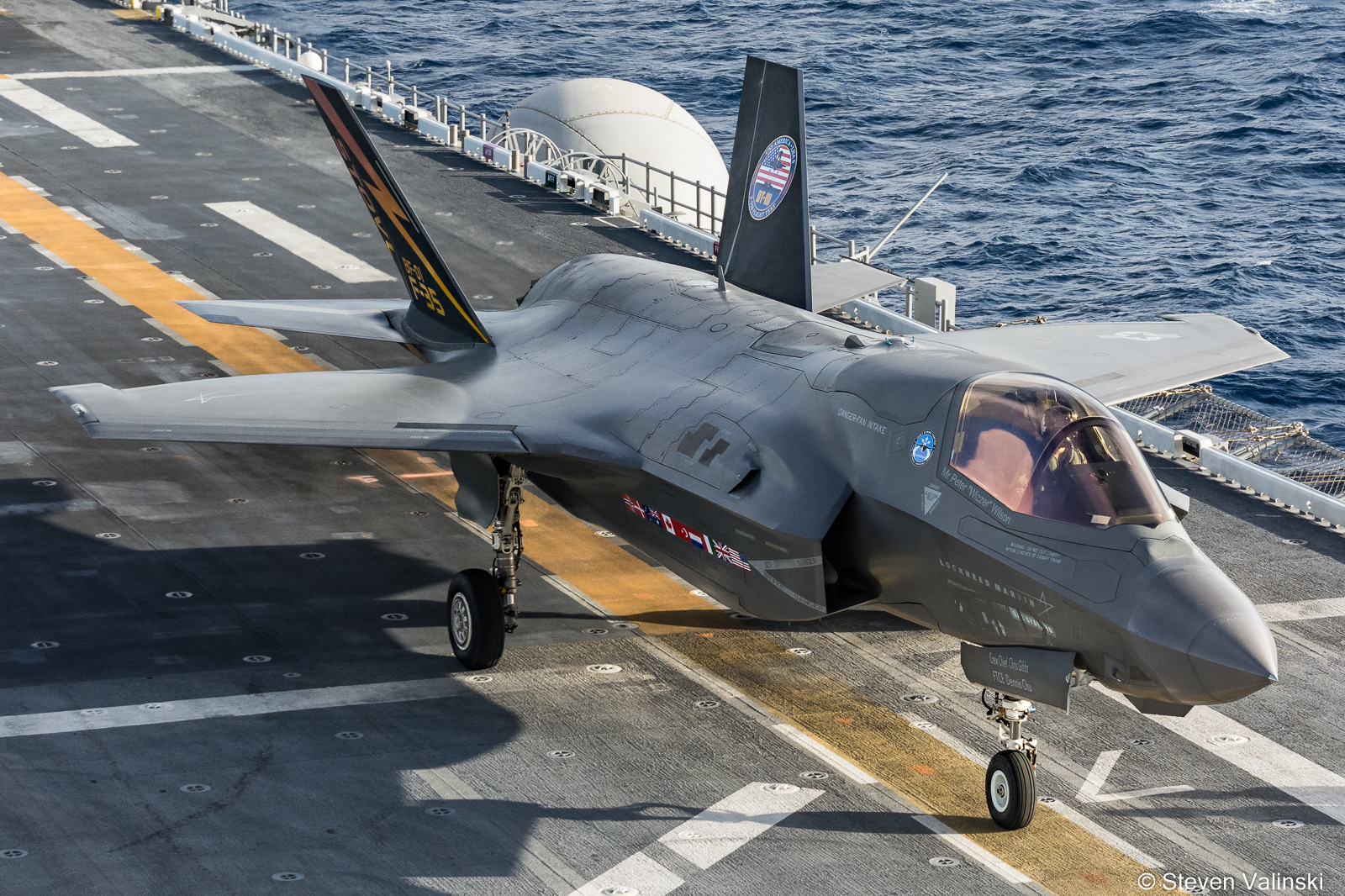