The mighty B-52H Startofortress bomber is world famous for its long-range capabilities, but during a routine June 25 flight near Guam, crew members with the 20th Expeditionary Bomb Squadron stationed at Barksdale Air Force Base, Louisiana, and deployed to Andersen Air Force Base apart of the Continuous Bomber Presence (CBP) were tasked with a unique situation: to use their aircraft’s versatility to aid in the search and rescue of a local vessel missing at sea with six passengers on board.

At about 11 a.m., United States Air Force Capt. Sean Simpson, 20th EBS aircraft commander, and his crew were airborne over Guam. The Coast Guard Sector Rescue Coordination Center made a call to the 20th EBS at Andersen, requesting assistance locating a historic Pacific Island style canoe that has been missing since June 19.

The canoe sailors were supposed to make a one-day journey from Piagailoe Atoll with minimal provisions. But after they went missing for six days, their families contacted the Coast Guard for help.

The information was relayed to the crews of the squadron’s airborne B-52s. At first, they were surprised. “This was a unique situation for us,” Simpson said. “It’s not every day the B-52 gets called for a search and rescue.”

Operating under the knowledge that the vessel could be anywhere within a vast area southeast of Guam, the crew knew the mission wouldn’t be easy. Even finding a familiar or large missing vessel is a tricky task, Simpson said, and his crew didn’t know what this historically styled canoe looked like.

“We’d never heard of this kind of vessel before,” he added. “We knew this was going to be a challenge.”

But came in the form of a popular culture reference. The canoe happened to resemble one helmed by a famous Disney princess. “We asked for more details about the vessel,” Simpson said, “and the dispatcher told us, ‘It’s just like the boat from ‘Moana.’”

The reference sailed by Simpson, who’d never seen the film, but it gave the rest of the crew a clear idea of what to look for.

For more than three hours, the crews scoured the ocean for the wayward vessel. At about 2:45 p.m., the crew in Raider 11 spotted a small wooden canoe with a white sail and six passengers on board. Somehow, in that large swath of ocean, they had found the small wooden ship.

“We spotted this vessel from about 19,000 feet,” said Air Force 1st Lt. Jordan Allen, 20th EBS crew member. “It’s really a small miracle that we were able to see it, because there were quite a bit of clouds.”

The B-52 crew members were able to give the Coast Guard the coordinates. The Coast Guard then contacted a nearby civilian ship to voluntarily assist in the recovery. The local islanders were travelling in a vessel important to their culture and heritage. They didn’t want to leave the canoe, but gratefully accepted food, water and directions back to land. The mission was successful.

“We were so excited to be able to help,” Jordan said. “This is a highlight of our tour here. It shows the spirit of teamwork we all have — not just the aircrew, but the Coast Guard and everyone else who was able to help.”

The squadron’s director of operations credited the successful mission to effective training and the crew’s ability to put it to work.

“I couldn’t be more proud of everyone here for their efforts,” Air Force Lt. Col. Jarred Prier said. “Search and rescue isn’t something people typically think of when they talk about the B-52, but our training and adaptability really paid off. Being a part of this successful search and rescue operation speaks to the diversity of our skill set and shows our importance here in the Pacific.” 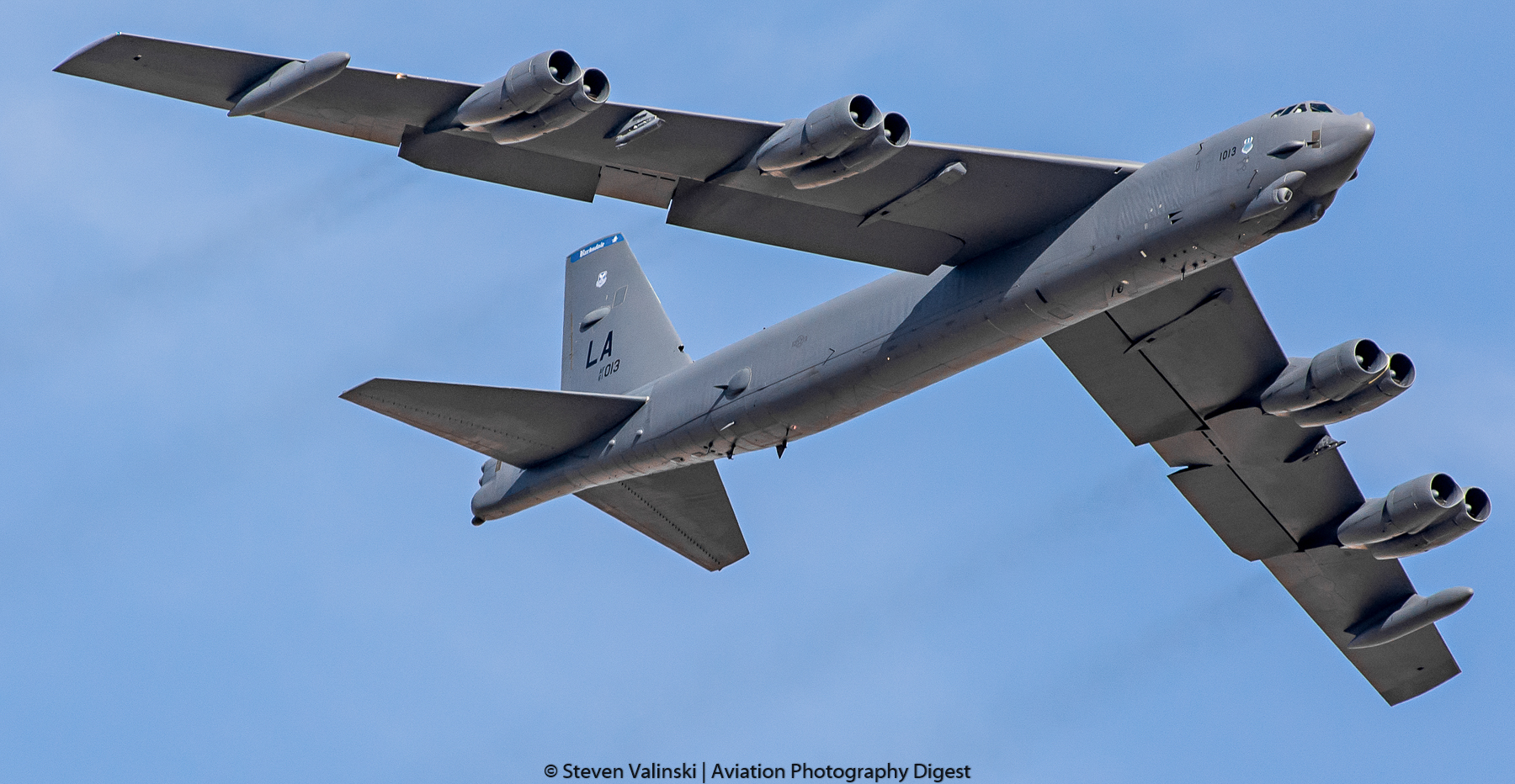 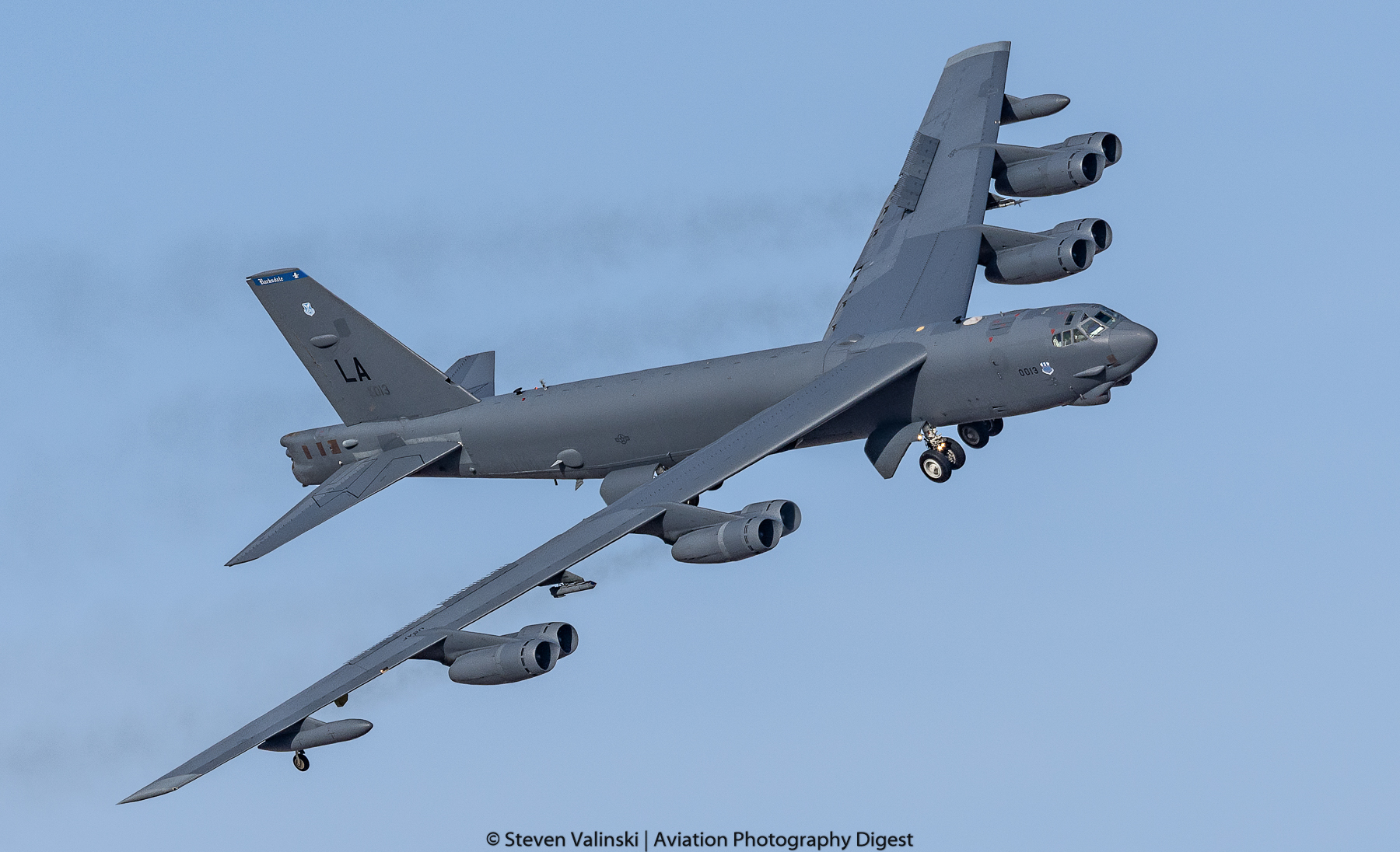