Home » Articles » Aircraft » THROUGH THE LENS: B-52 Ghost Rider Lives!

THROUGH THE LENS: B-52 Ghost Rider Lives!

Report and Photos by Scot Meek

Boeing B-52H Stratofortress s/n #61-0007, more widely known around the world as ‘Ghost Rider’, made its first test flight on 30 August 2016 after undergoing a complete overhaul lasting nearly 19 months while at the Oklahoma Air Logistics Complex located at Tinker AFB.

‘Ghost Rider,’ previously was based at Minot AFB, North Dakota and flown by the crew of the 23rd Bomb Squadron/ 5th Bomb Wing before being retired to the 309th Aerospace Maintenance and Regeneration Group (AMARG) at Davis-Monthan AFB located in Tucson, Arizona for long term storage.

On 28 January 2014, B-52H s/n #61-0049,based at Barksdale AFB, LA suffered severe damage caused by an on-board fire the was fueled by pure oxygen. After conducting a cost estimate for the needed repairs, the B-52 program office concluded that 61-0049 was deemed too expensive to repair and that it would be more cost effective to select one of thirteen airframes in long term storage at AMARG, and have it returned to flyable condition. It was this time that ‘Ghost Rider’, B-52H s/n #61-0007 was selected to be returned to service.

On 13 February 2015, after being in storage for no less than 7 years, ‘Ghost Rider’ departed the AMARG facilities on a one time ferry flight to Barksdale AFB. The B-52 was restricted to fly with the landing gear down, no faster than 250 knots, and an altitude no higher than 23,000 feet for safety purposes. Once arriving at Barksdale AFB, maintenance crews began the task of transferring the majority of the usable components from the fire damaged 0049 over to 0007,and after the completion of the transfer, ’Ghost Rider’ was then flown on another one time ferry flight from Barksdale AFB to Tinker AFB in Oklahoma and entered the Oklahoma Air Logistics Complex during the month of February 2015, in which a complete overhaul of the airframe commenced by the 565th Aircraft Maintenance Squadron.

19 months later, on 30 August 2016, history was made as ‘Ghost Rider’ sporting bare aluminum with Gunship Gray components, took to the sky once again, on the first of six test flights for the bomber. Once all of the maintenance issues that revealed themselves during the six test flights were addressed and remedied, ‘Ghost Rider’ went to the paint barn and emerged looking  as good as new, and fresh off the Boeing assembly line.

Finally, on 27 September 2016, at 1522hrs local, ‘Ghost Rider’ left Tinker AFB and the Oklahoma City Air Logistics Complex for the last time, on it’s delivery flight back to her home with the 5th Bomb Wing at Minot AFB, North Dakota, where the aircraft was based before being retired and sent to AMARG. 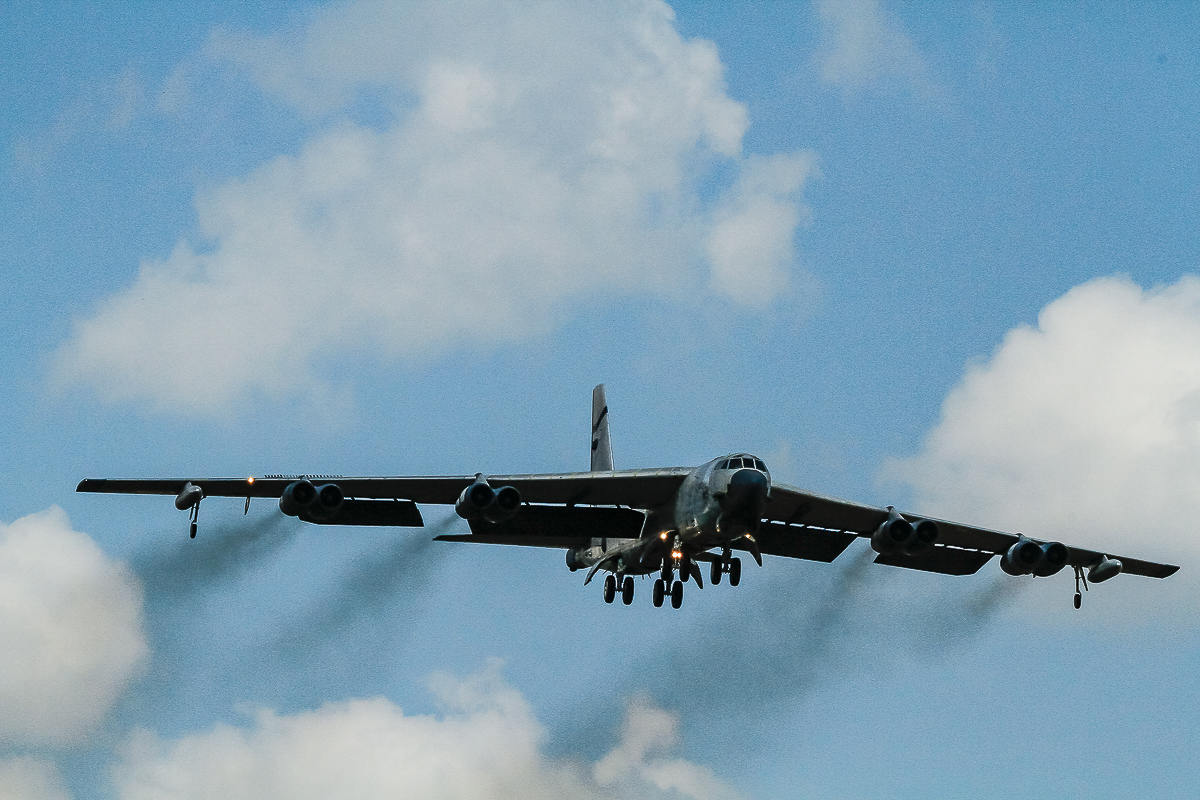 Ghost Rider on short final back to Tinker AFB at the conclusion of its maiden flight after overhaul 30 August 2016. 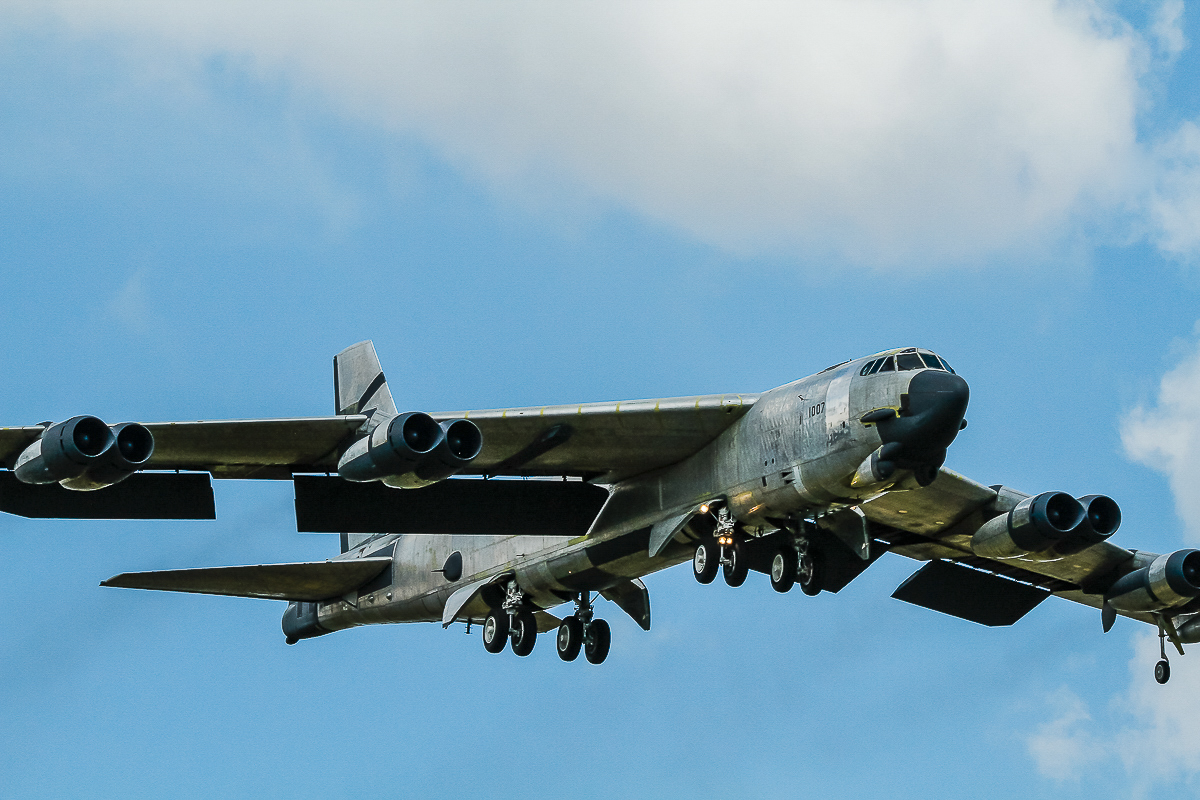 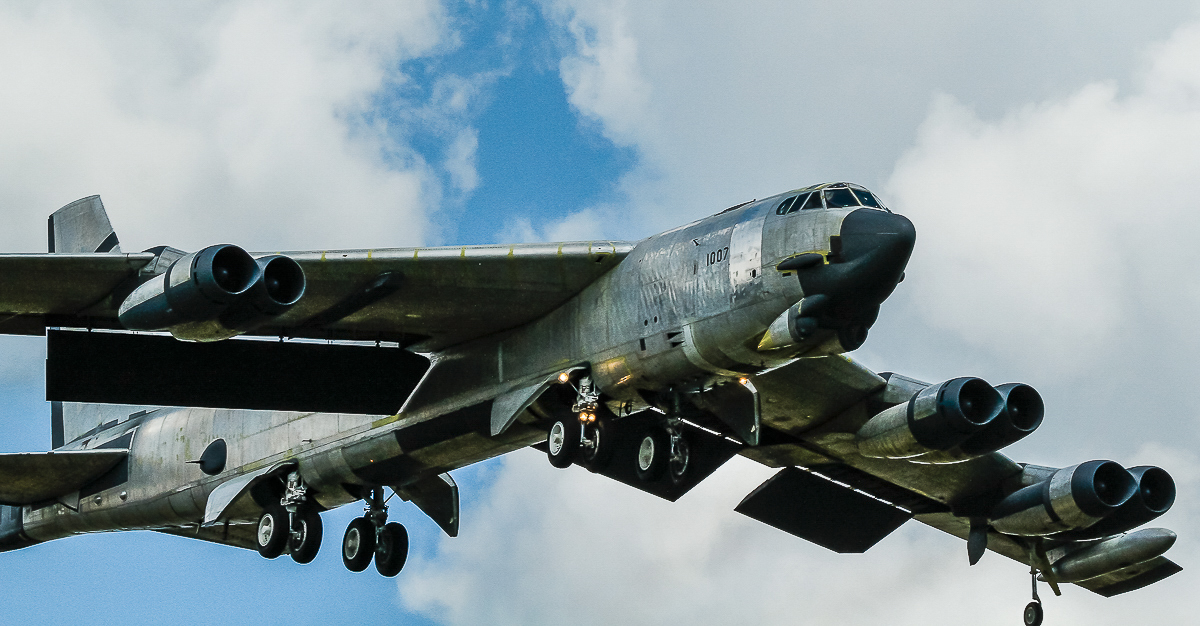 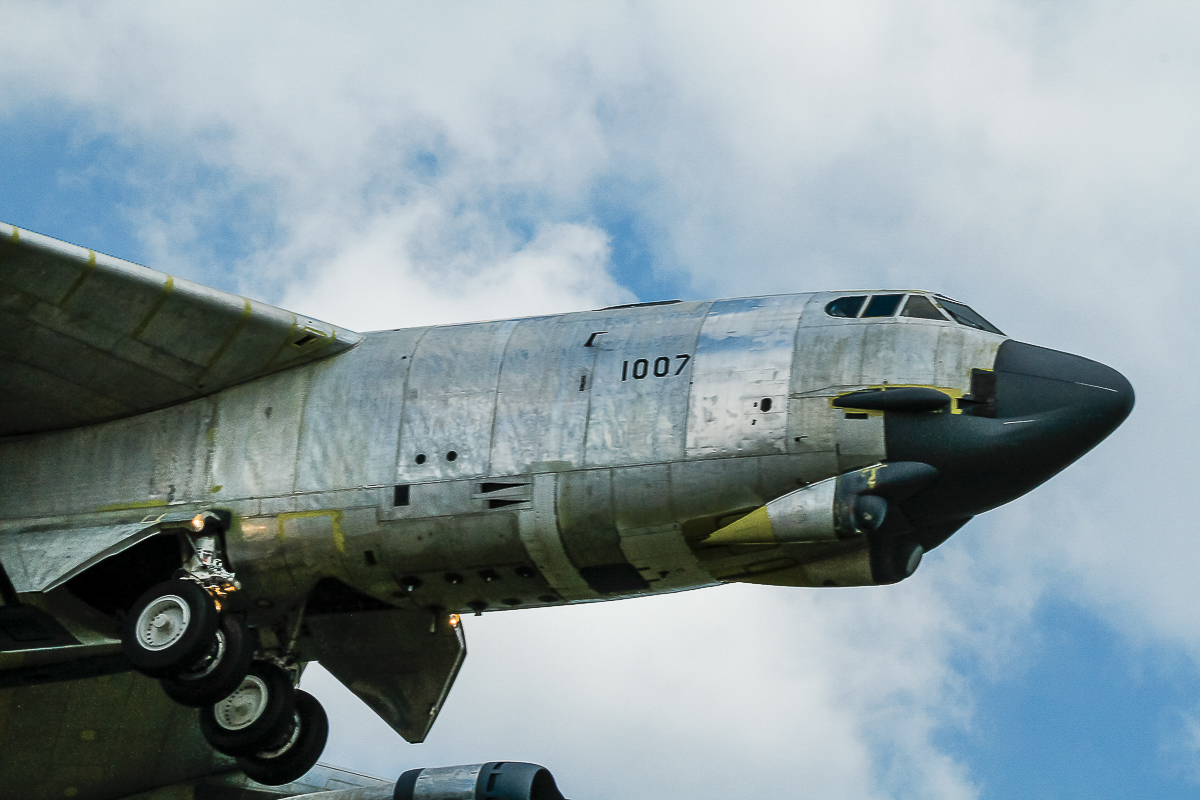 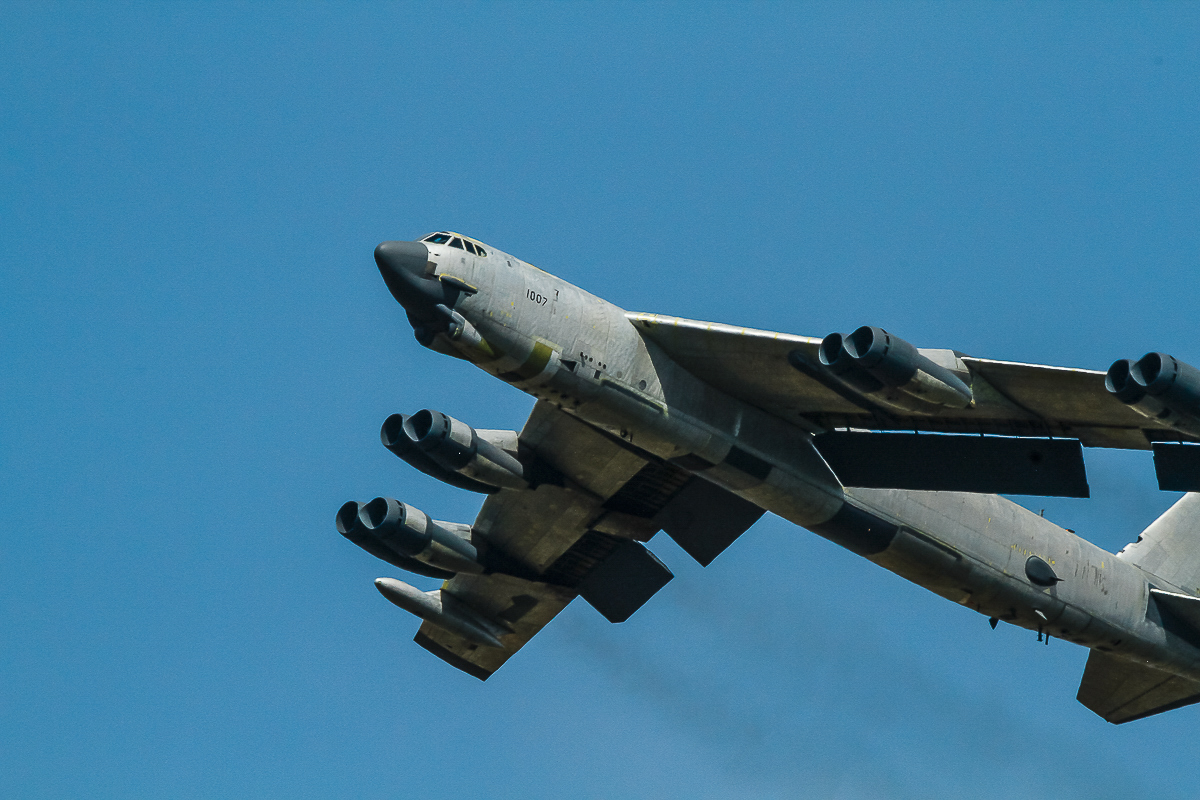 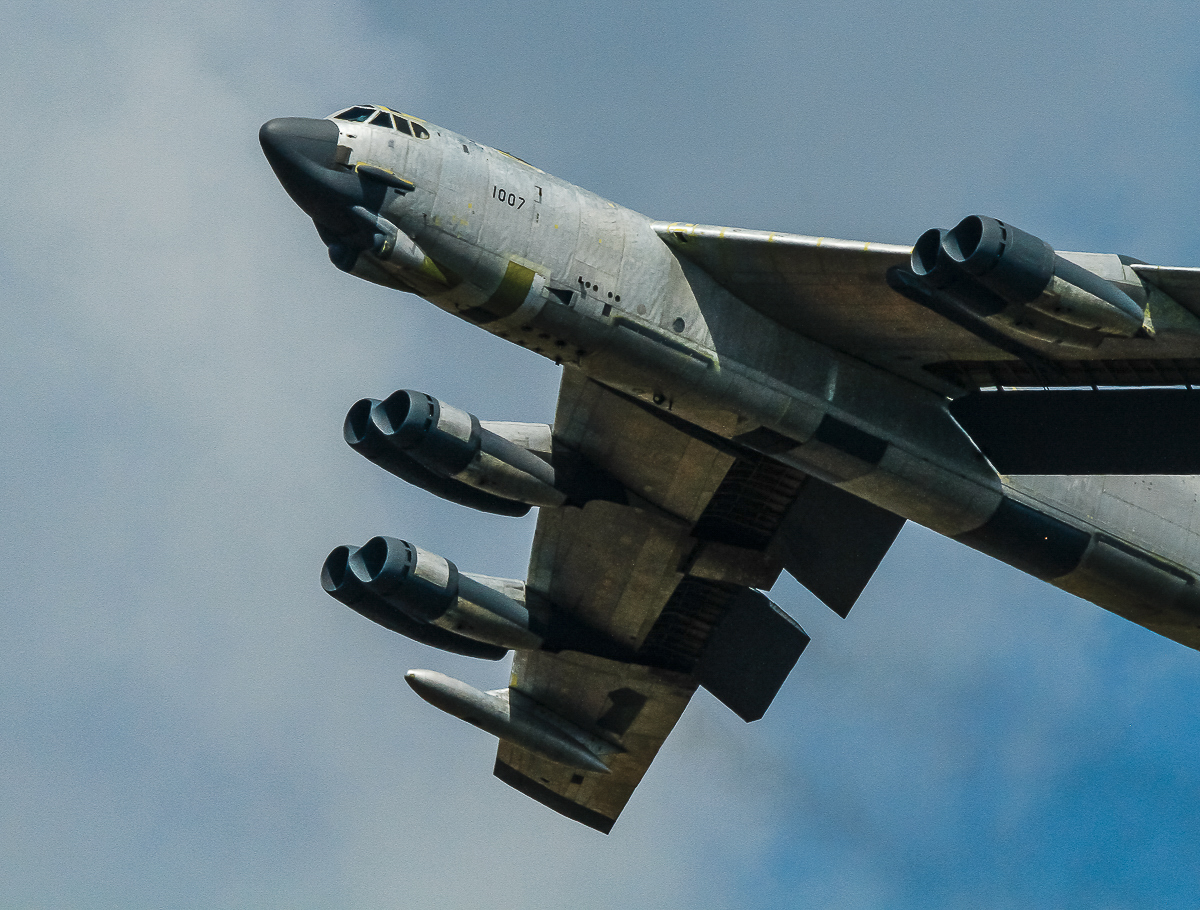 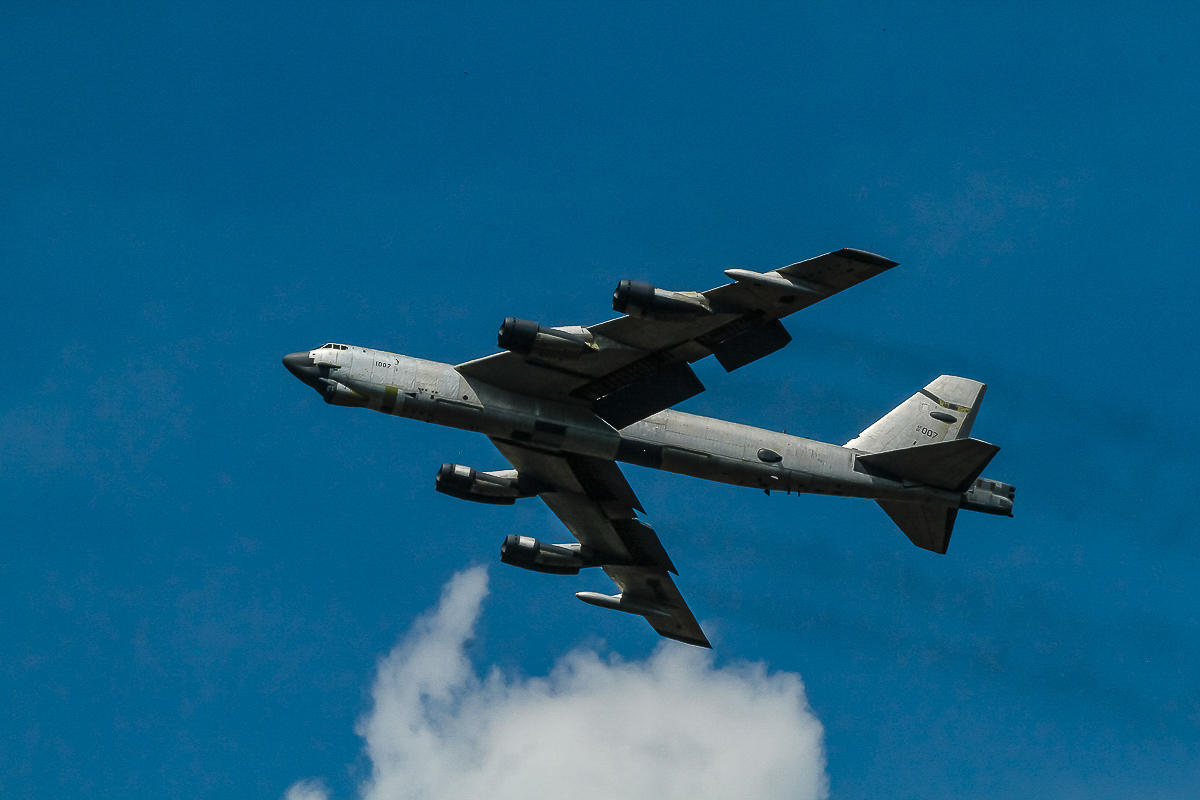 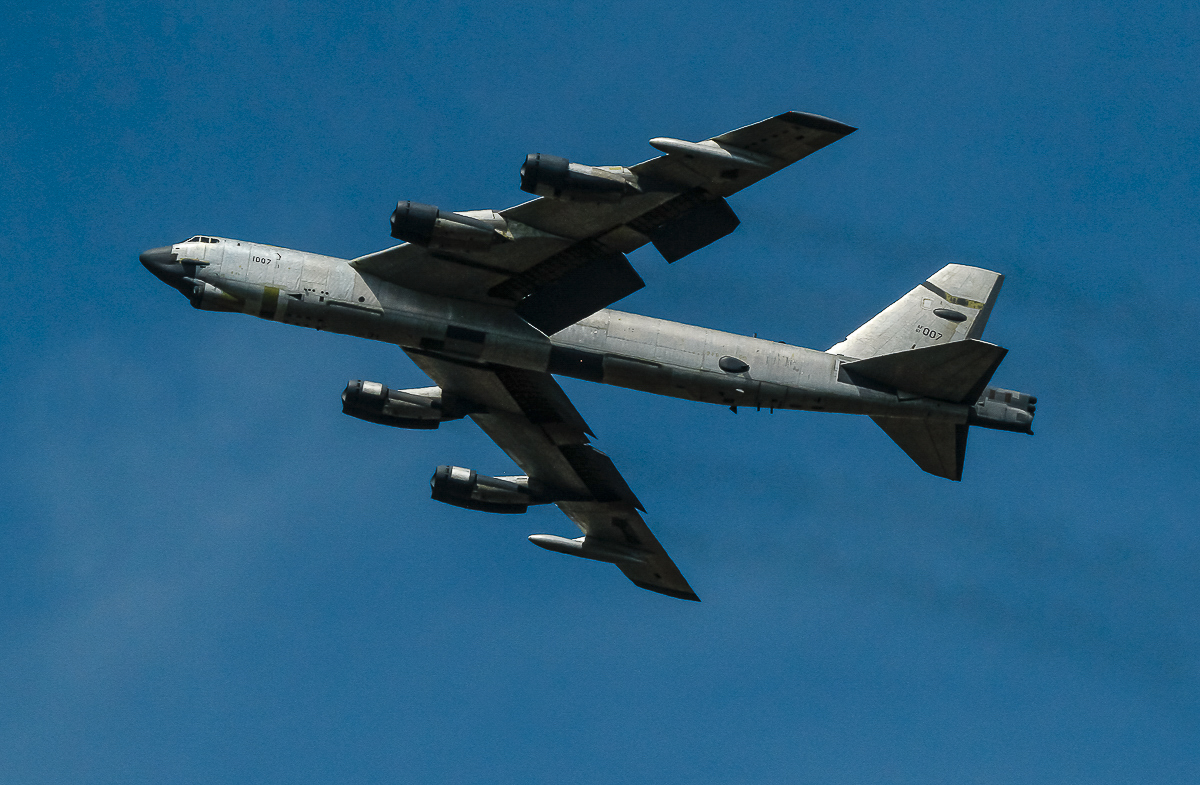 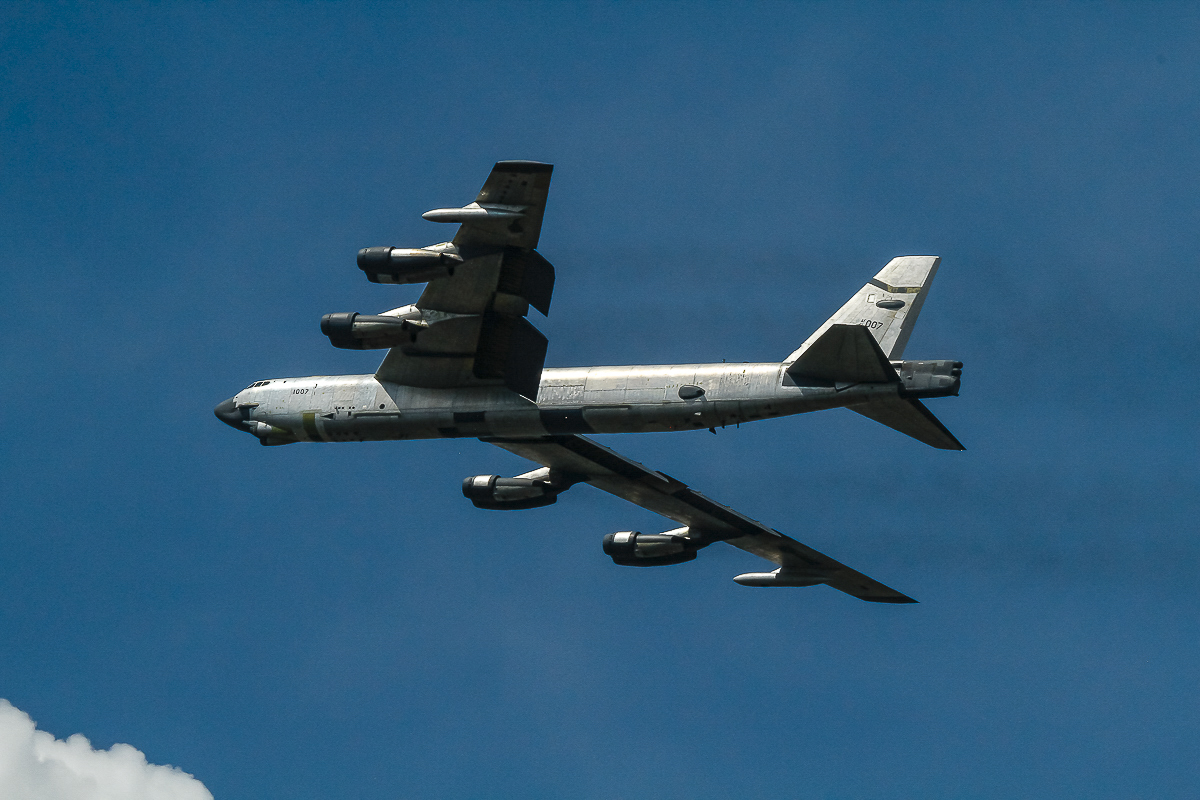 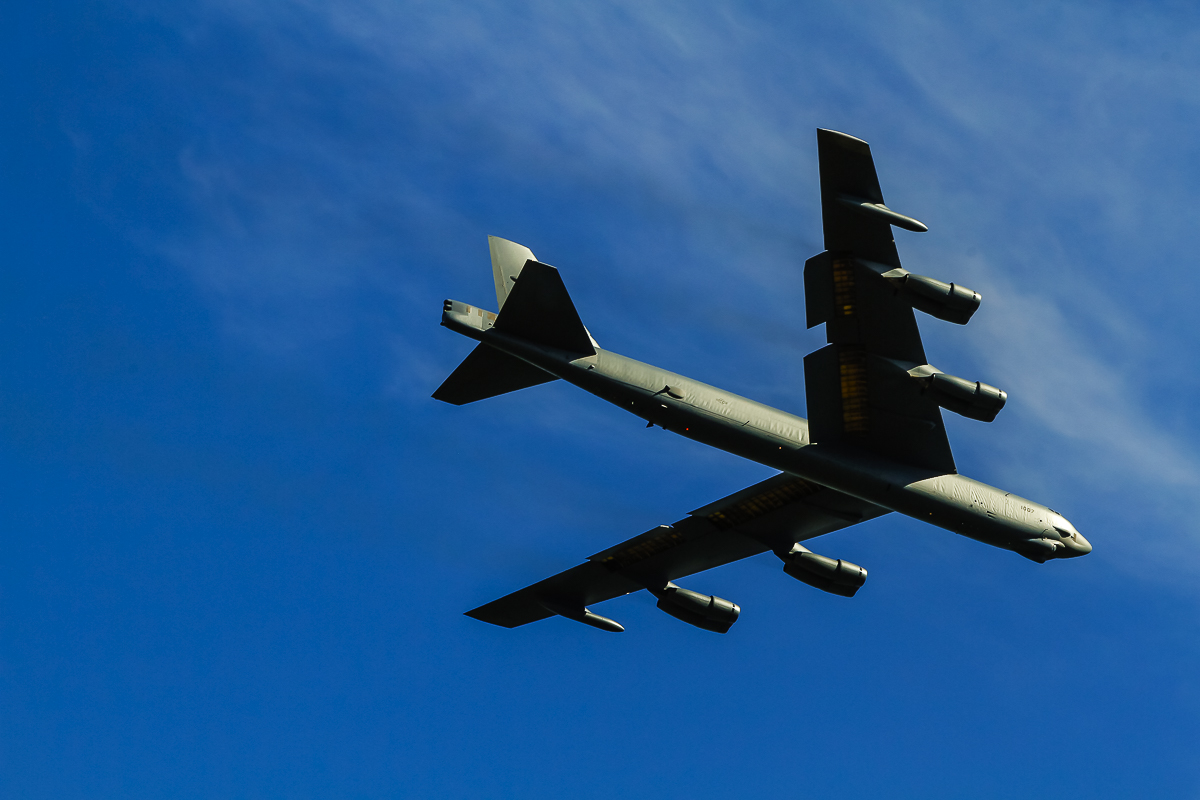 B-52H Stratofortress, serial #61-0007, departs the Oklahoma City Air Logistics Complex located at Tinker AFB, on a ferry flight to its new home, Minot AFB, North Dakota. #61-0007 is the first B-52 to be regenerated from the boneyard at Davis-Monthan AFB,Ariz., and was put back into service to replace a B-52 severely damaged by an on-board fire at Barksdale AFB,LA. ‘Ghost Rider’,was the noseart it wore when retired and is wearing it once again as it returns operational service. (Copyright photo: Scot Meek/FighterJetGeek Aviation Images