December 12 2016 will go down in history as the first time stealth technology arrived in the Holy Land. The cutting edge of the modern world’s technology touched down in the ancient Land of the Bible and opened a new chapter in the Land of Israel’s history books.

The Arrival Ceremony at times seemed like it may turn into a fiasco, the Fighters had been scheduled to take off at 9:00 am local time from Cameri Airbase in Italy, unfortunately, due to bad weather, the aircraft were only authorized to take off at 5 pm (!!!) Israel time. The Israeli Air Force showed how well it can handle a curveball, whether in an operational situation or a logistic one. All 5000 guests were accommodated during the delay and at 8 pm there were thousands on hand to witness the arrival. 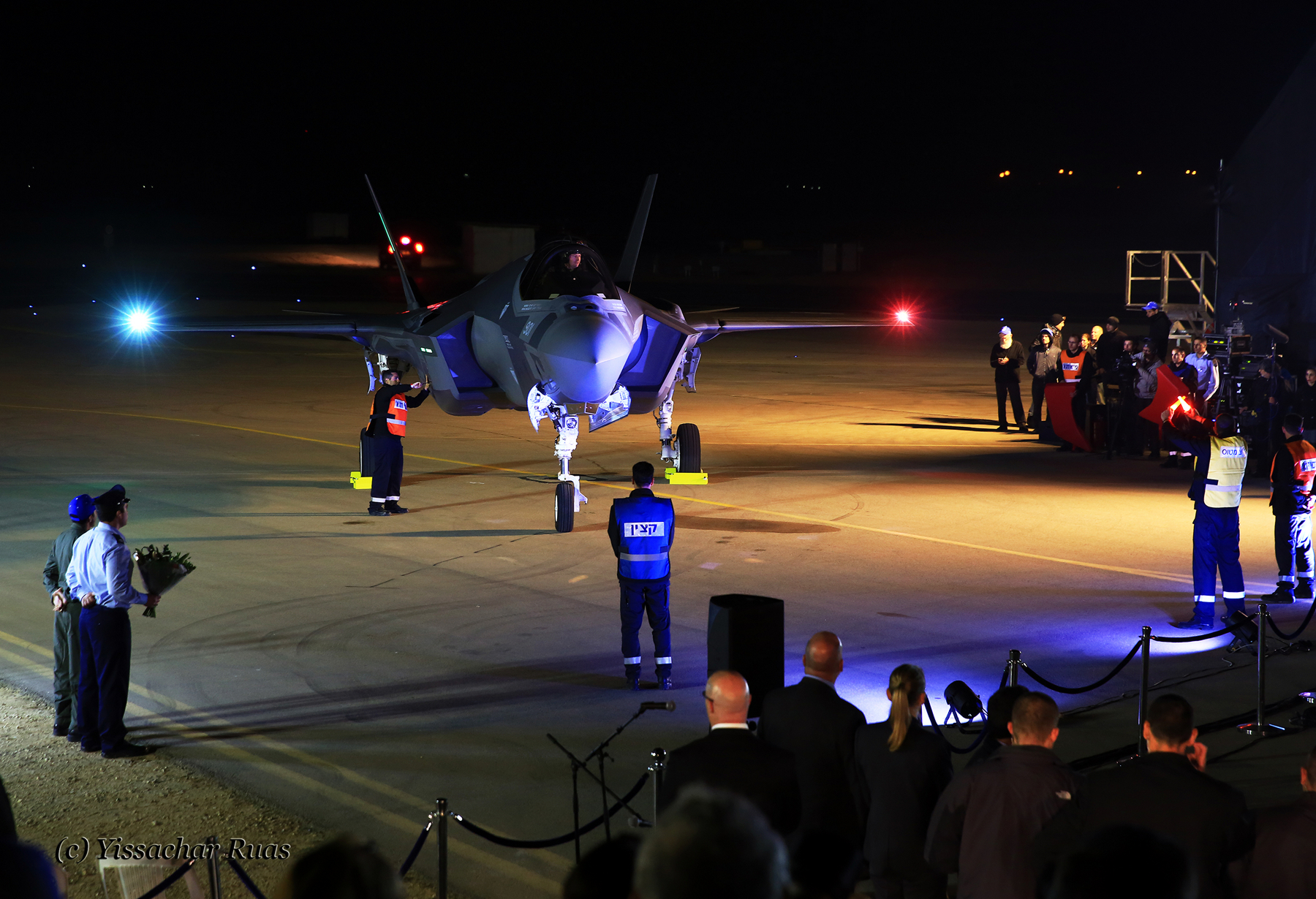 Almost a decade to the day the F-35 flew for the first time, it seems like Lockheed Martin was extremely supportive of the IAF request to receive the aircraft as soon as possible. Initial plans were presented of the Israeli Air Force opening a training site in Luke AFB similar to the ones the Dutch, Australians and other countries have. Somewhere along the way it was decided that Israel could gain more by having the Fighter on hand as soon as possible. 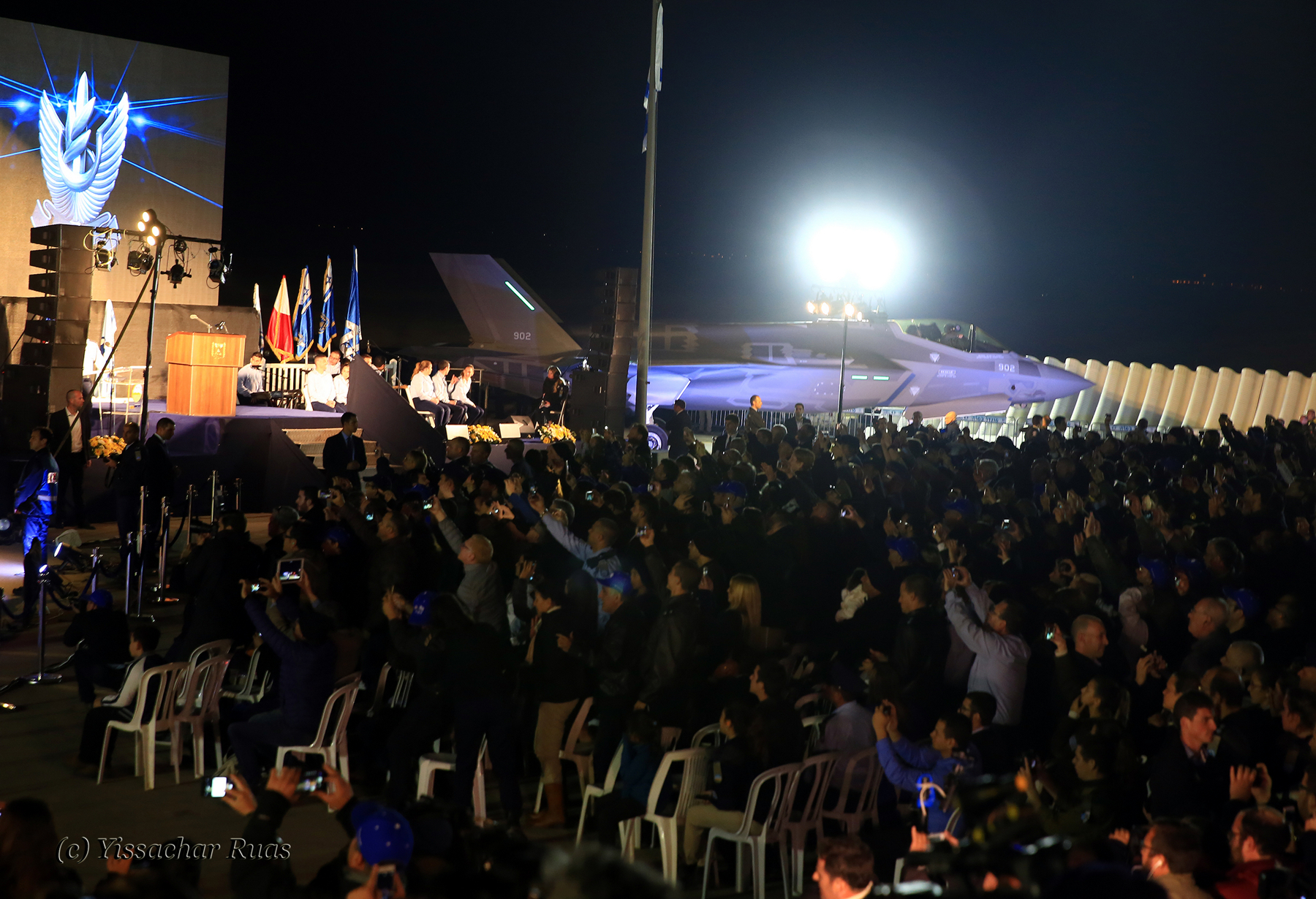 The 2 F-35s arriving will join the “Golden Eagle” squadron. This Squadron used to fly F-16 A/B models and was disbanded several years ago. The Squadron is led by Lt. Col. Yotam who will also be the first Israeli pilot to fly the F-35. The IAF personnel which spent several months at Luke AFB, have not actually flown the Fighter, this will take place in Israel for the first time. 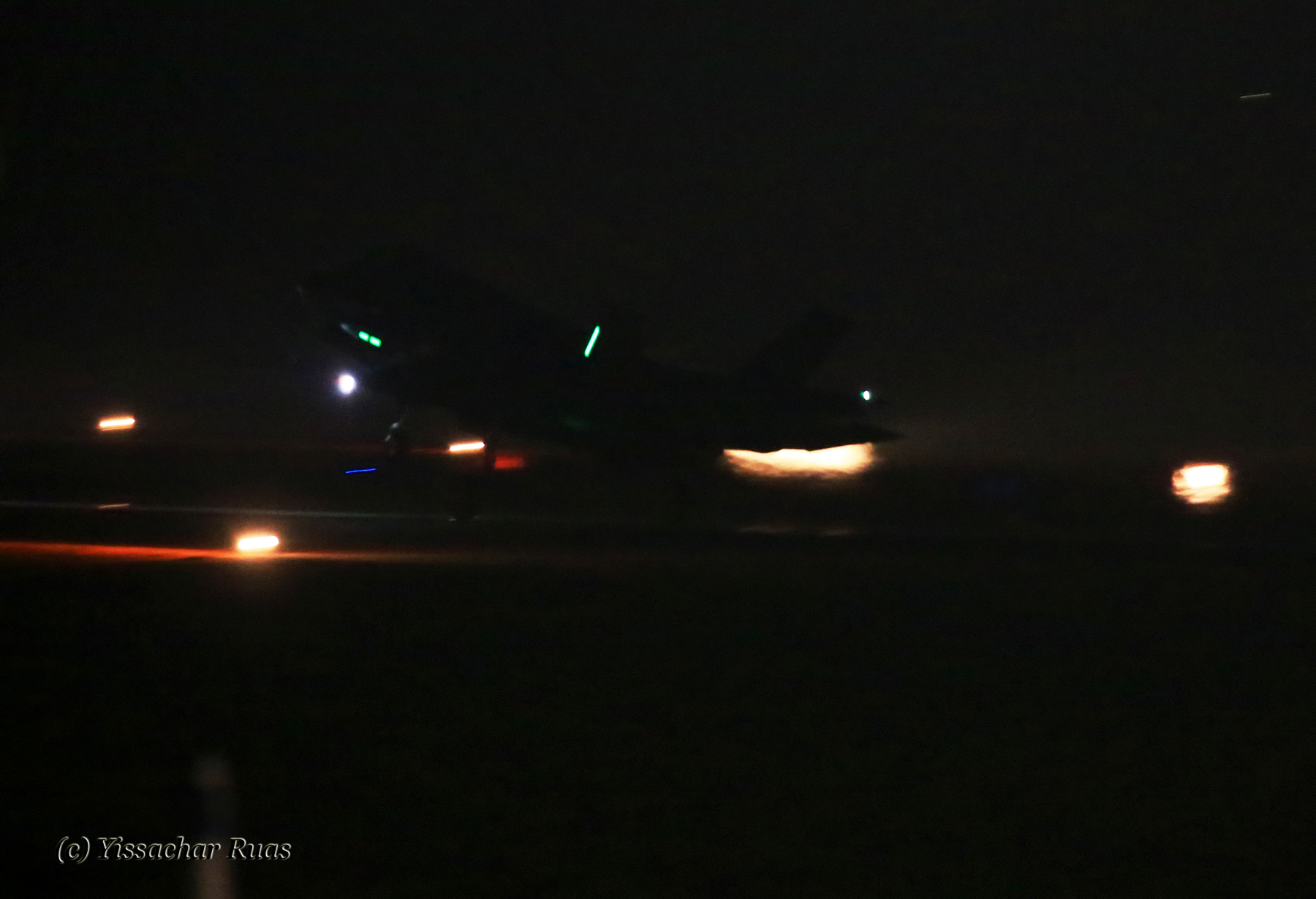