Following a series of rigorous inspections, the Israeli Air Force’s “Golden Eagle” Squadron which flies the F-35A “Adir” Lightning 2 was declared IOC during the first week of December ‘17. If there was any question regarding which country took delivery of the F-35 outside of the US first, following the Italians pulling a fast one on the Israeli Air Force F-35 ferry flight through Italy last year, its pretty clear which Air Force has been ramping up its F-35 activity and pressing the aircraft’s capabilities to the max.

The declaration of IOC for the IAF F-35 Squadron was made by Israel’s Air Force Commander General Amikam Norkin in a letter circulated to all IAF units, this is the first step towards its growing operational use. Having received the first 2 aircraft on December 12 2016 (SN 901 + 902), the race was on to implement and integrate as much of the F-35’s capabilities as possible. The sense of urgency may be related to foreign reports that the Israeli Air Force is currently engaged in an ongoing aerial campaign against Iranian Revolutionary Guard forces attempting to enlarge their footprint in Syria and Lebanon. These attempts are being made following what seems to be the stabilization of Bashar El Assad’s regime following nearly a decade of Civil War in Syria.

The behind the scenes activity which includes the allegedly striking of surface missiles being transferred to the Hezbollah terror organization are at the top of Israel’s priority list. Having suffered indiscriminate long range missile attacks against its civilian population in the 2006 Second Lebanon War as well as rocket attacks from the South in Gaza – Israel is always on constant alert. Gen Amir Eshel was quoted as saying that the IAF has conducted dozens of missions beyond Israel’s border on its Northern Front since 2012 (the beginning of Eshel’s tenure).

The volatile situation has been keeping Israel on a path of trying to expand its advantage over based SAM defenses in Syria. If various online reports are true and Israel has in fact struck Syria using stand off missiles, it would seem that the need for the Adir to face actual combat is not yet necessary. It is very likely that now with IOC declared, the IAF will look for ways to incorporate the Adir into the fold and let it test the waters.

The caveat to the above is the fact that Norkin’s predecessor Gen (ret) Amir Eshel planted the directive that the IAF is to match itself to the “Adir” not the other way around. What exactly this entails is still highly classified. Russia’s presence in Syria may well affect how the F-35 is employed. Russian SAM radars are capable of covering most of Israeli Air Force bases and this means that Israeli non stealth platforms are probably exposed from the second they take off. With the Russian Air Force seeking a long term presence in Syria, this could be a driving force behind acquiring additional stealth or low visibility platforms over the next decade.

The IAF Magazine has shed some light regarding the process in several of its features including an article regarding the declaration. The Squadron was inspected for several weeks leading up to the declaration in various scenarios with regards to different aspects of cohesion with other IAF units. The Squadron Commander LT Col. Yotam was quoted as saying “the inspection checks every aspect of the Adir’s operational and logistical envelope, it includes examination from the Wing level through Ground Control units, Nevatim Airbase and other aspects and is much like peeling an onion, and inspecting every layer.

The Adir has conducted refueling sorties with the IAF’s “Desert Giants” Squadron (120). Given the sensitivity the US boomers have with regards to accuracy when refueling, it would be safe to assume the same grade must be achieved when local boomers are handling IAF F-35s.

Another angle that came to light was that The Golden Eagle squadron has been receiving support from The “Negev” squadron since the arrival of the aircraft. This role taken on by Israel’s first F-16I Squadron replicates a similar process conducted by Hill AFB when the F-35 first started flying there.  The IAF set a goal to have an established squadron escort the absorption process in an effort to both gain knowledge as well as establish various protocols through an active squadron. The Negev Squadron based a detachment of F-16i s in Nevatim on a full time basis. The Negev squadron was the first squadron to receive the F-16I in 2004 and provided invaluable knowledge regarding the standing up of the “Adir” fleet.

The Negev Squadron acted as “Red Air” for the Golden Eagle Sqn. pitting 5th gen vs 4.5 gen aircraft in an effort to both enhance knowledge regarding the F-35 and its capabilities as well providing a credible threat to the F-35 in order to develop new tactics for the IAF if and when the F-35 would need to engage in the potential conflict arena.

One of the aspects the IAF addressed was the fact that in many ways the F-35 acts as a command and control aircraft and can delegate missions to other aircraft with better accuracy, similar to the job of a Weapons Officer, this led to consultations between Golden Eagle Operators and Negev Wizzos.

Additionally LTC Yotam was quoted in saying that the IAF Adir has tested certain munitions for the first time worldwide without elaborating. Other key milestones that were noted were among other events the inauguration of the F-35 Simulator. The IAF is currently planning on all conversions to the “Adir” to take place “in house” as opposed to sending Aviators for training in the US which was the first batch of Adir operator’s path.

At current moment the IAF has some time to evaluate its force before the next aircraft are delivered around April-June (LRIP ?). With 9 aircraft already flying, 6 more are expected in 2018. Although the size of the force is small, all reports note just how much information one F-35 can accumulate can be surmised from Gen Eshel’s farewell interview with Israeli Daily “Haaretz” where he recounted his own experience flying the aircraft and experiencing the wealth of information he was receiving from the aircraft one of his training flights: “You take off from Nevatim AFB, climb to 5,000 ft, all of a sudden the aircraft shows you everything that is going on whether near or far, the entire Middle East and potential threats and objectives are on the screen in front of you. American pilots that come here aren’t used to this as much because they fly in Florida or Arizona where they aren’t likely to encounter such a hostile environment as a regular day at the office”. General Eshel as well as General Norkin are the only Air Force Commanders in the World that have flown as such on the F-35.

Now with IOC declared it remains to be seen when where and how the IAF decides to employ it in the Middle East arena which is currently one of the World’s most complex combat airspaces.

Regardless, one thing is for sure, The “Adir” will be a key component in the State of Israel’s Defense Forces. 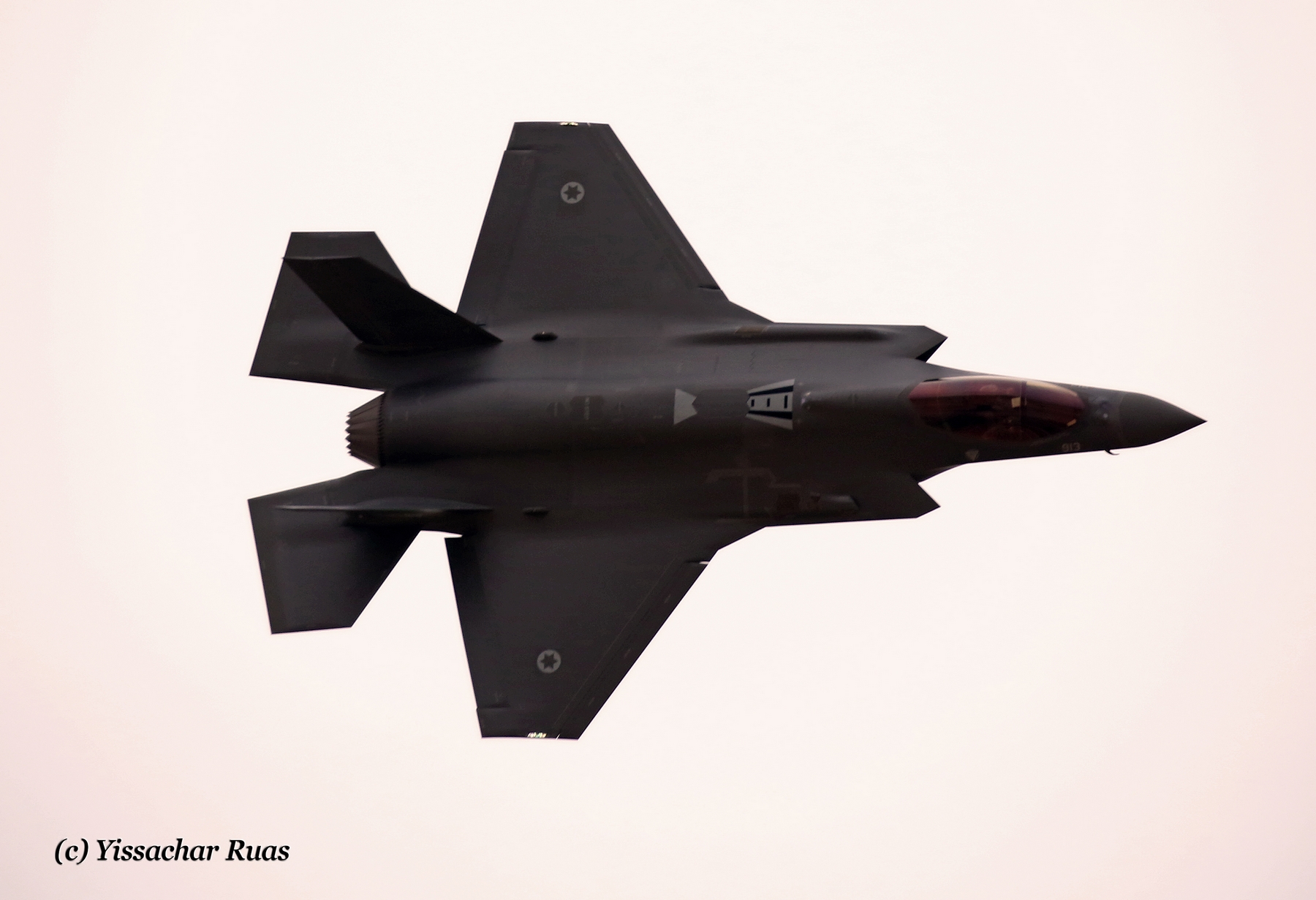 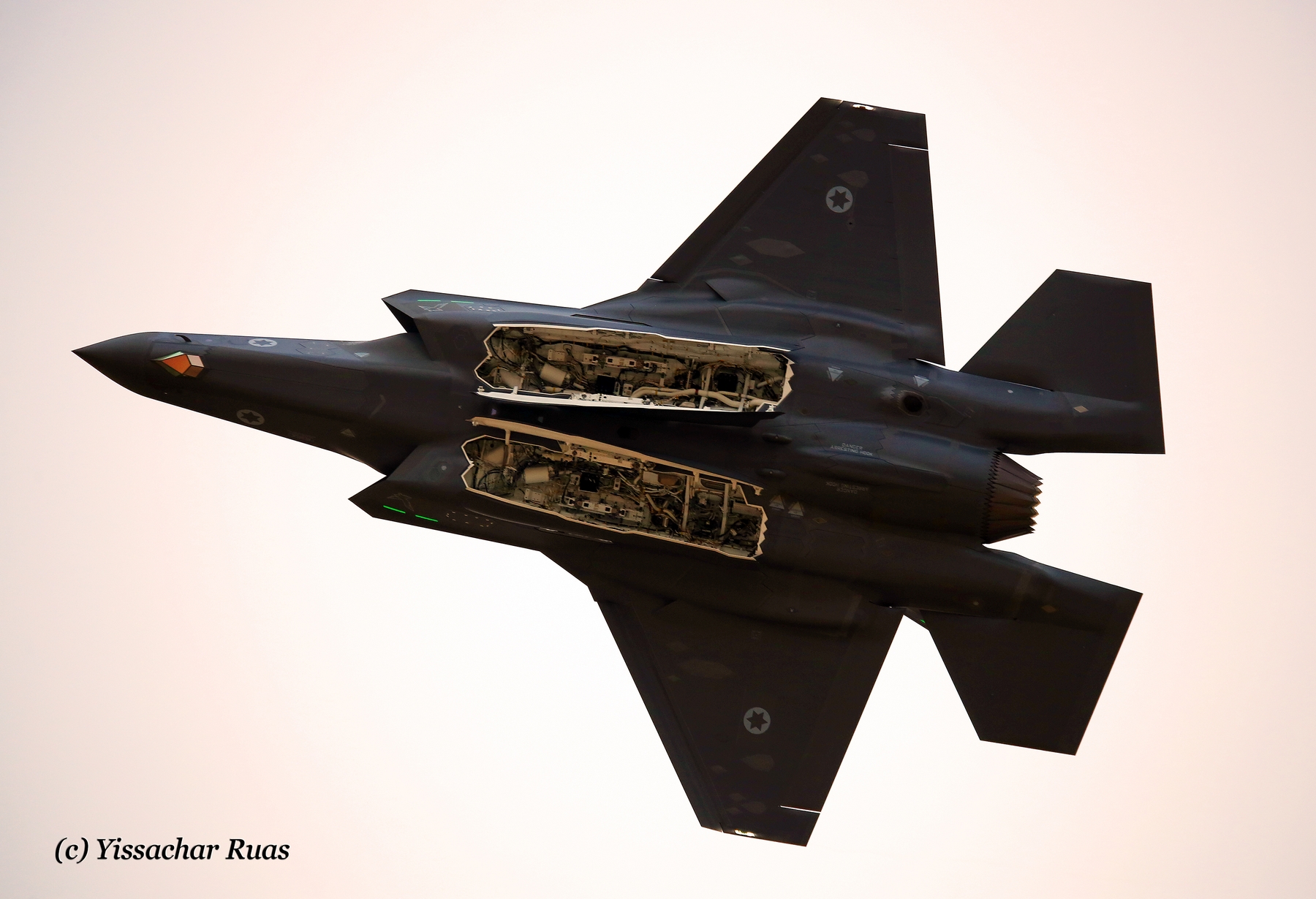 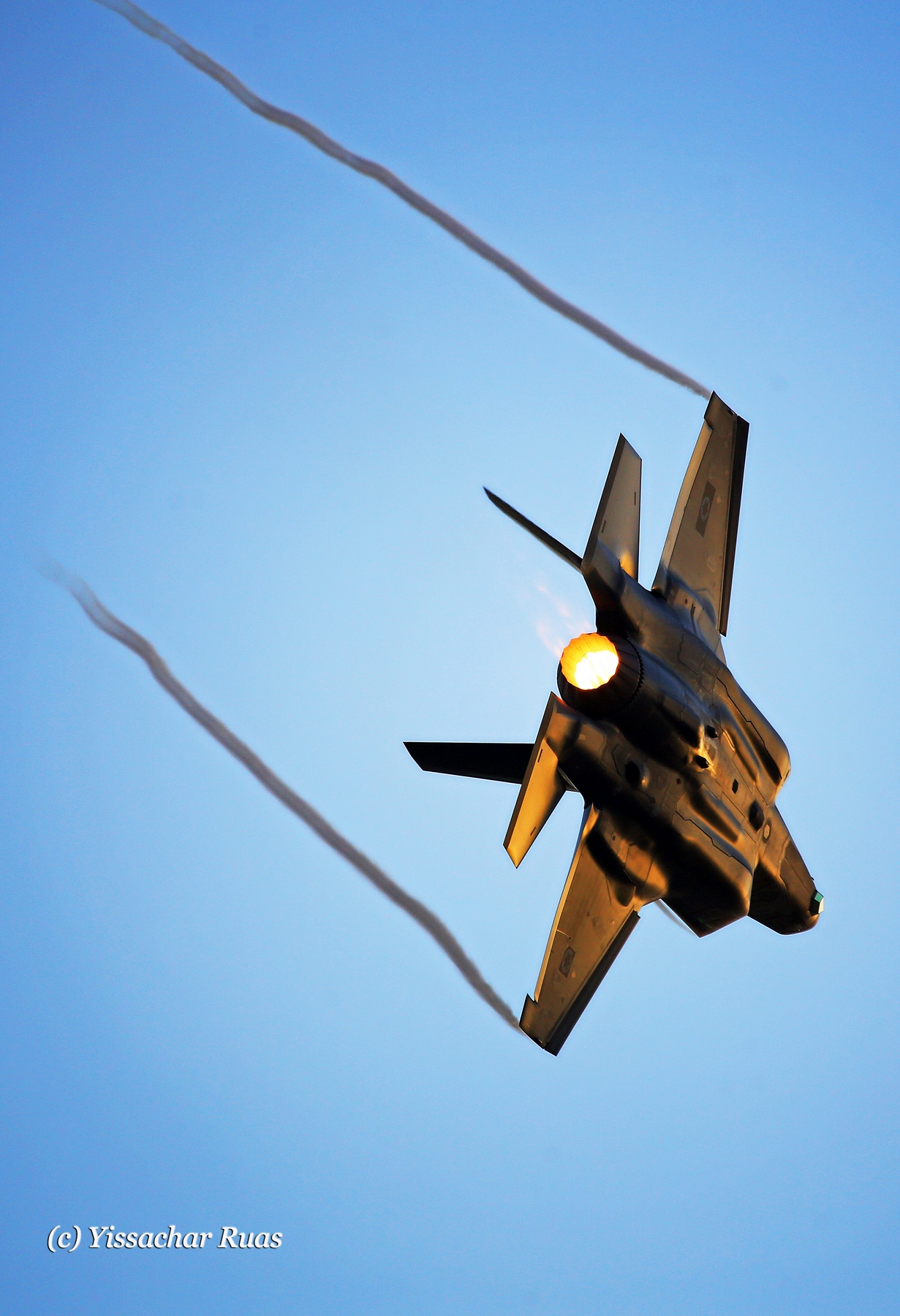