Adapting to a changing World.

Exercise Global Dexterity 22 got under way in early May from Joint Base Pearl Harbour-Hickam, Hawaii.

The exercise is a opportunity for the United States Pacific Air Forces (PACAF) and Royal Australian Air Force (RAAF) to come together under the Enhanced Air Forces (EAC) program which aims to improve interoperability and better posturing for both nations and their air forces to respond to contingencies anywhere and at any time in the world especially within the Indo-Pacific area.

This was the forth iteration of Global Dexterity with the first exercise being held back in 2017 and is conducted biannually, with locations being rotated between Australia and The United States.

The exercise was initially designed with thought given towards deepening the advanced air-to-air integration that is needed between the aircrews from the RAAF’s Air Mobility Group No. 36 Squadron and the USAF’s Air Mobility Wings especially the Hickam AFB based 535th Airlift Squadron and Hawaii Air National Guard 204th Airlift Squadron which operate the Boeing C-17A Globemaster III .

The EAC was designed to significantly enhance and strengthen not only Australia’s relationship with the USAF, but with all the aviation arms of the U.S. military including the United States Marine Corps, U.S. Navy and Army and came into effect back in 2017.

EAC is more than partnering between USAF and RAAF or participating in combined exercises such as Global Dexterity, it is an opportunity to focus on lines of effort to progress interoperability across areas such as combat support, health, air-to-air refuelling, engineering, and logistics and for this exercise No.36 Squadron a single C-17 aircraft (serial A41-208).

The US and Australia both rely on the Boeing C-17A Globemaster III cargo aircraft to support heavy lift operations throughout the Indo-Pacific, often flying time-critical missions at short notice so its beneficial for the two airforces to work together and develop strong relationships between crews to become a seemingly cohesive unit working together to obtain mutual objectives. 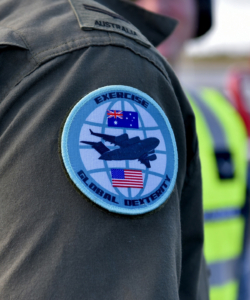 Globemaster operations include supporting humanitarian assistance and disaster relief operations, where a C-17A can deliver cargo to a remote drop zone if no runway is available, which is especially useful in the South West Pacific region as there are many islands where fixed wing aircraft are not able to land and rotary wing aircraft require maritime assets enabling them to get close to these small islands to deliver essential supplies after those areas have suffered from a natural disaster.

Exercise Global Dexterity deepens an already strong relationship between No. 36 Squadron which as stated operates the C-17 based at RAAF Base Amberley and the PACAF’s 535th Airlift Squadron based at Hickam AFB which also operates the versatile aircraft, and demonstrates the two units ability to cooperatively project Joint Force elements deep into the Indo-Pacific.

The various Squadrons participating in Global Dexterity 22 were exposed to various training mission sets, all types of scenarios were included such as formation flying, humanitarian assistance missions flying to various airfields throughout Hawaii, conducting Offensive Counter Air/ Defensive Counter Air missions, working along side the USAF Air Refuelling Squadron KC-135’s that were participating in the exercise conducting Air to Air Refuelling which especially enables RAAF crews to gain valuable training operating AAR with different coalition aircraft as opposed to training along side RAAF 33 Squadron KC-30A tankers. The training scenarios are designed to develop the bilateral tactical airlift and airdrop capabilities of the USAF and RAAF.

The Exercise provides relevant and real world experience especially to junior C-17A crews from the two squadrons, who may not have otherwise had the opportunity to plan and execute missions with coalition partners and with multiple with a combined formation.

The exercise enables airmen and women to truly operate as an intermixed crew, with pilots from the RAAF flying USAF C-17’s  and vice versa with USAF pilots flying Australian aircraft, and it helps promote the standardisation and compatibility of equipment and displays capabilities of current and future military operations with the between the two airforces.

It also builds off of the Aircraft Repair and Maintenance Service Implementing Arrangement (ARMS-IA) signed between both countries in 2019, which allows USAF and RAAF technicians to conduct repairs on each other’s C-17s.

The integrated training will allow Airmen from the USAF and RAAF to respond even faster to a wide range of challenges, including the afore mentioned humanitarian crisis and disaster relief, as well as promoting security cooperation across the region, as it enhances operations by limiting doctrinal and procedural boundaries basically it means cutting the red tape.

Together, members of the USAF and the RAAF execute planning for and flying sorties, conducting intelligence operations and sharing information, and aircraft maintenance as a single fully integrated unit.

Working together going forward will only see interoperability increase between crews and also strengthen the close bonds of friendship between Australia and the United States.

Units participating in Exercise Global Dexterity 2022 from are listed below.

Special thanks to U.S. Pacific Air Forces Public Affairs team for their assistance in producing this article. 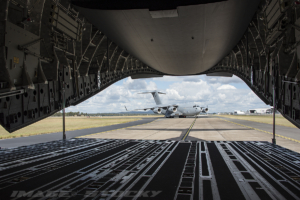 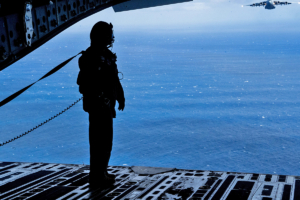 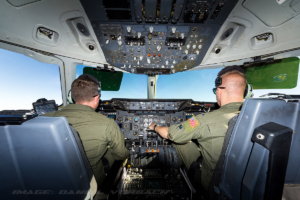 On the Flight-deck of a KC-10A Extender with the 9th ARS out of Travis AFB.- Daniel Vorbach. 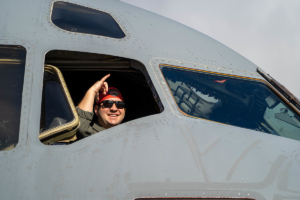