The 700th Airlift Squadron is a C-130H-3 unit, part of the 94th Airlift Wing based out of Dobbins Air Reserve Base in Marietta Georgia, deep in the United States’ South. The base is adjacent to the C-130’s birthplace, Lockheed Martin’s Hercules production line – the same production line that has produced almost every one of the 2500 C-130s manufactured in the past 6 decades.

As such the runway feels like an aviation enthusiast’s version of hallowed ground. Almost every C-130 manufactured took off from this very runway. 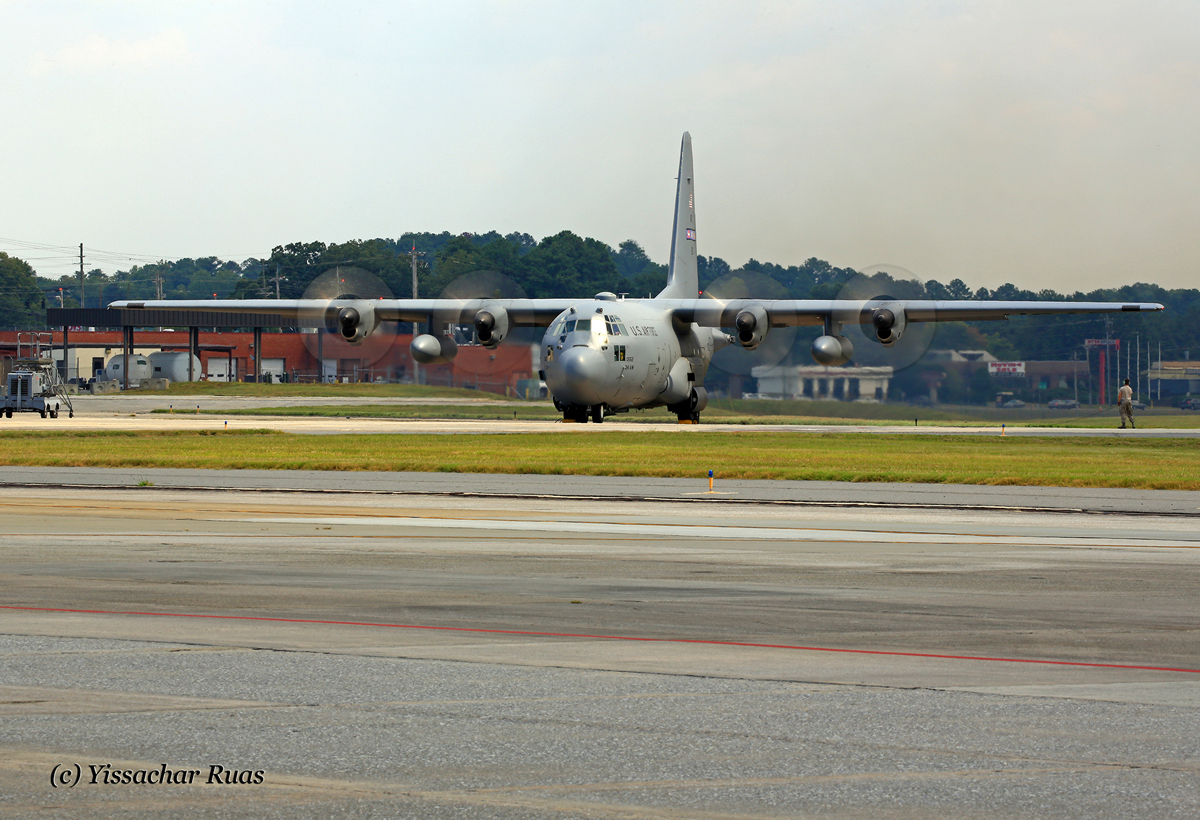 Across from the C-130 production line on the other side of the runway, lay the 8 aircraft of 700th Airlift Squadron. The 700th AS is led by Lt. Col. Christopher Gohlke, himself a traditional reservist. The Squadron operated the older H2 model initially in the 1980s (since 1982), those aircraft were rolled off Marietta’s production line and later delivered to the 94th AW’s ramp, a delivery which probably set a record for the shortest distance needed for a C-130 ferry flight. Since 2013 the Squadron operates the H3 version which has a modified cockpit, the last H2 model was replaced in May 2014.

The aircraft are really just the cover of the book, the real story lays inside with the men and women of the 94th, all of whom are reservists. The uniqueness of this personnel feature is somewhat of an anomaly in today’s US Air Force. Very few Bases remain that are dependent solely on reservists operating it, Dobbins ARB stands out as such.
The 94th started out as an FTU or “Formal Training Unit”, pilots who finished their undergraduate flight training arrived at Dobbins and were taught how to fly the C-130. As of 2010 the 700th Squadron became a regular combat coded C-130 unit in charge of the variety of missions demanded from frontline USAF C-130 units. They provide tactical air support in the form of Combat Air Drop of equipment and personnel, aero-medical evac and are able to operate in austere conditions at home and in the operational theater. 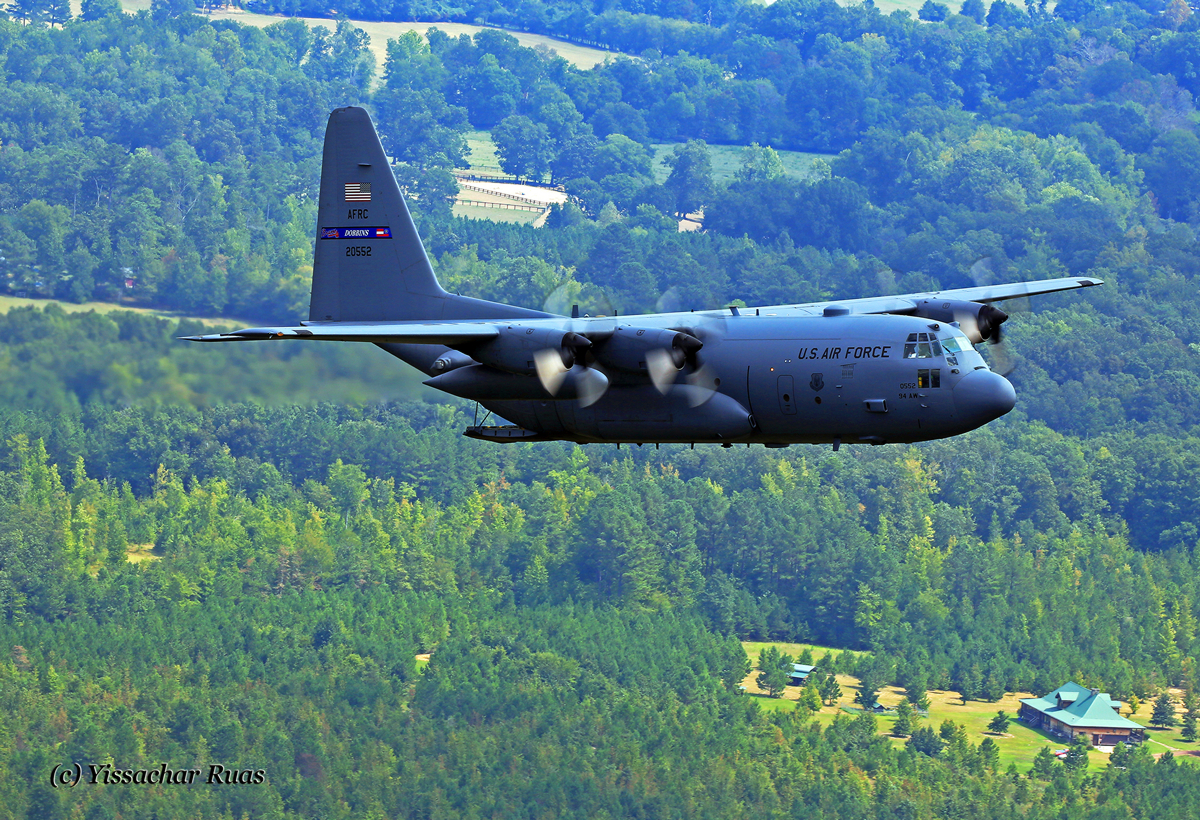 Today, as is with other Reserve units, a pilot candidate will interview with a specific Air Force Reserve unit with the only major criteria being a college degree. Once selected at the unit level, they will meet an Air Force Reserve Command board for final selection. This includes flight physicals, background investigations, etc. Once they are officially selected, they’ll begin Officer Training School and have a date set to begin pilot training.

The pilot training path isn’t specific to the 700th Airlift Squadron or Dobbins Air Reserve Base; it’s an Air Force and Reserve requirement. The age limit is to begin pilot training by age 29. The typical timeline is about a two year track until a pilot is mission ready in their primary MWS (major weapon system). Pilot training track is three parts; UPT, undergraduate pilot training flying the T-6A Texan II, SUPT, specialized undergraduate pilot training flying a Beech T-1 multi-engine aircraft, and finally, C-130 training at Little Rock AFB. Each stage of training is about eight months.
Although the overwhelming majority of these men and women spend the most part of Monday through Friday at a different job, it doesn’t diminish the expectations their senior officers have from them. 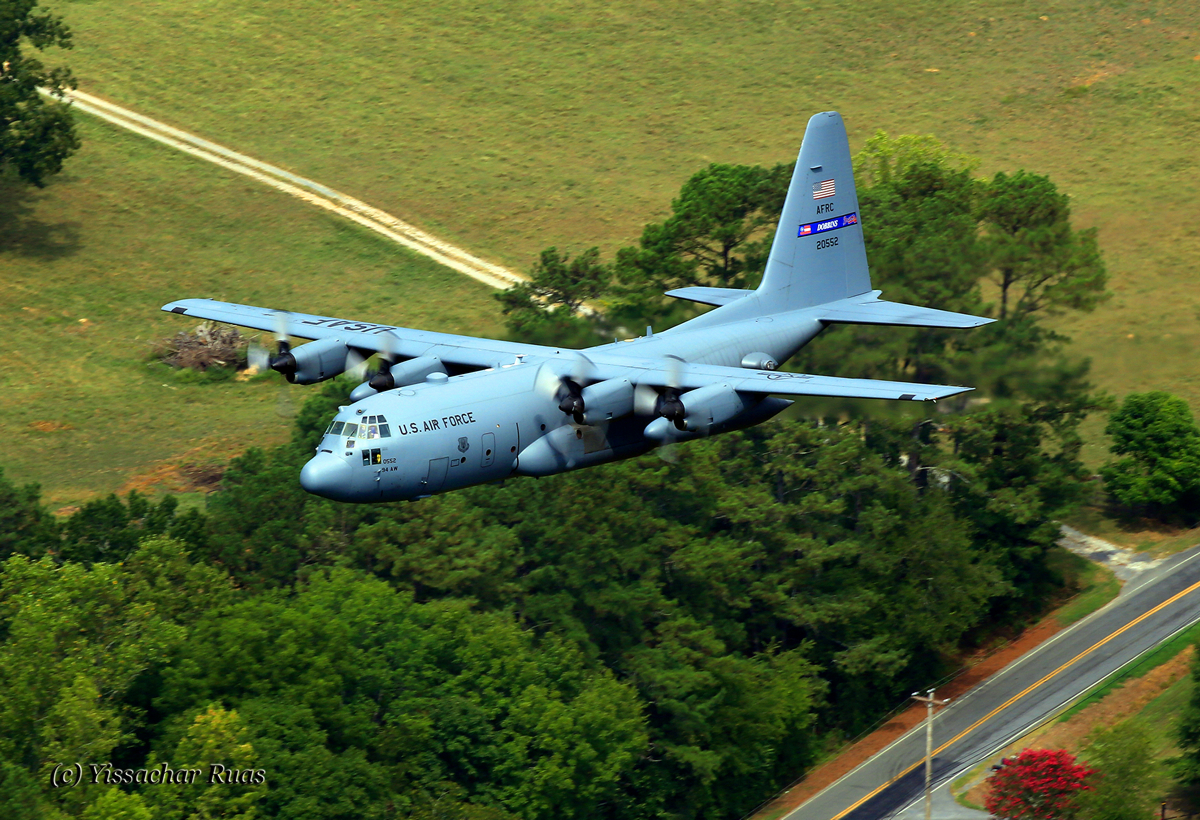 Director of Operations Lt. Col. Tom Moffatt is pretty clear on those demands, while talking to us he stated that “we expect the same of our men operating the squadron as any other regular active squadron and as opposed to other squadrons, we do that with only 2 crews that are full time”

Lt. Col. Moffatt adds “We have a contract with our guys, if you (the airmen) put in the time, we the TOs, will get you to where you need to be in terms of flight performance”. One of the ways the 94th provides their airmen with the tools they need in an operational situation is by the unit participating in a large number of exercises every year in order to enhance each crew’s skill set.

The 94th has participated this year in 5 exercises, including 2 exercises across the Atlantic, among them:

One of Moffatt’s tasks as a training officer is figuring out which airmen should be assigned to which exercise so that the intense training achieves the maximum effect on their progress as Citizen Airmen.

Training Missions in the 94th vary, they are meant to provide a realistic environment that will prepare these airmen for the operational missions they will experience in deployment which is once again looming around the corner for them. They train quite a bit on medical evac and various scenarios such as radioactive contamination and humanitarian relief along with the average tactical combat scenario. 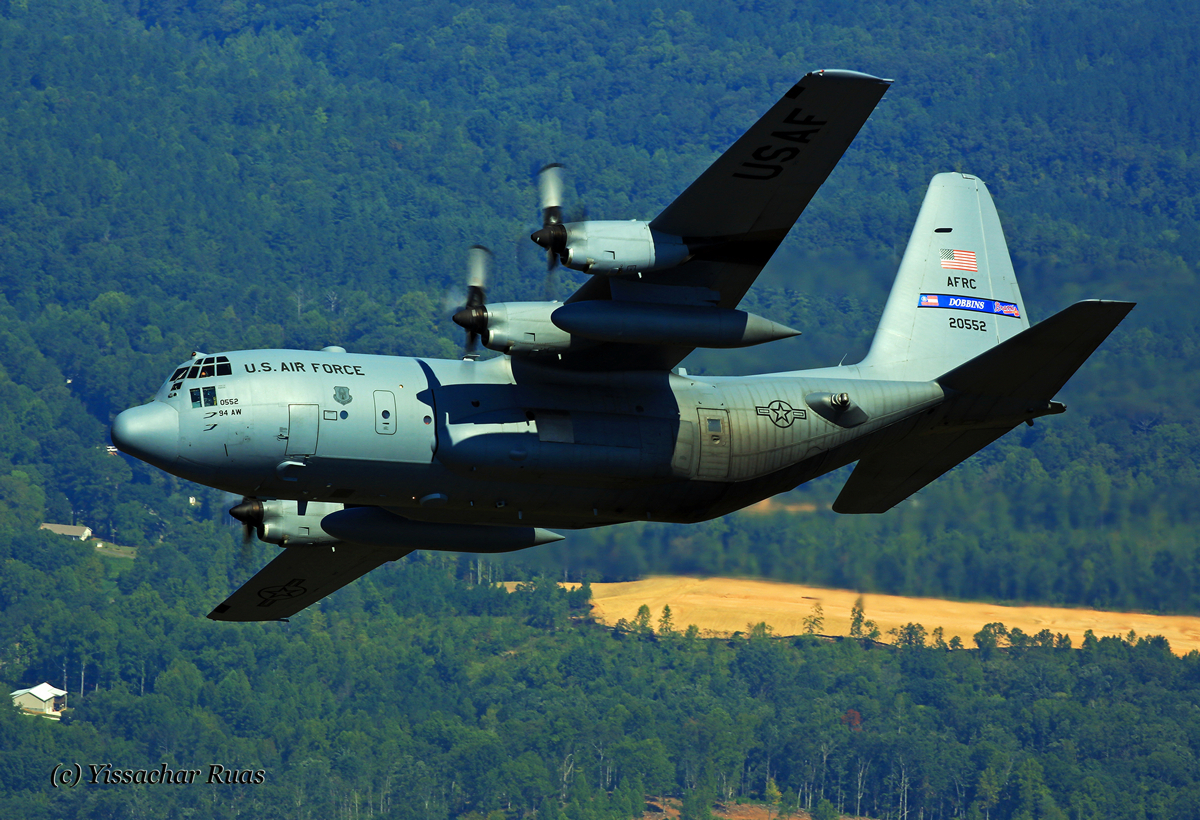 I spent just a regular day at the squadron, joining a sortie which includes, navigating through the range in Northern Georgia’s mountains (also known as TORE) and dropping 2 large size pallets representing the payload meant for the ground forces. all the while staying fast and low and evading potential threats.

The flight is led by Maj. Michael Terrell, the Aircraft commander, Terrell was homegrown by the 700th and is held in high regard by Lt. Col. Moffatt. Sitting beside him on our mission is 1st Lt. Michael Farinas, the co-pilot. Lt Farinas, just like Terrell, is homegrown. Navigating our flight is 1st. Lt. Ainsley Burrell who towers over all the airmen on this flight. Standing at over 6 feet tall she seems relatively comfortable in the C-130’s Navigator Station and makes the most of the room allocated to her. 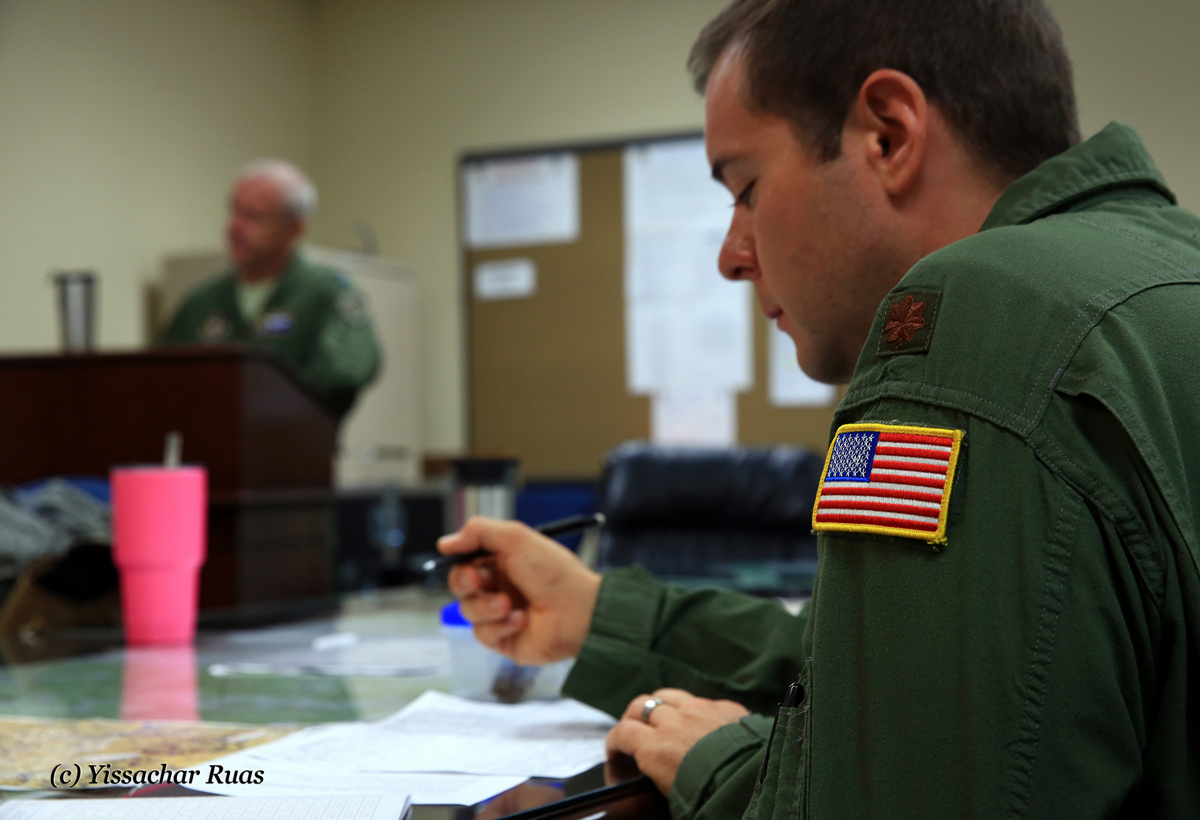 Lt. Colonel Moffatt among other things is overseeing 2 aspects of our flight, he is observing the performance of the other aircraft piloted by Capt. Dave Lessani through the course, and at the same time is observing the progress being made by Lt. Farinas who is in his early stages of training in the squadron.

Our mission takes us over Atlanta before entering the range at 300 AGL navigating to the DZ and dropping supplies. All the while Capt. Lessani is flying a tactical route which is impressive to watch.

Lt Col. Moffatt spoke with us after the flight, Moffatt is a veteran of over 30 years in the Hercules, he has been witness firsthand to the changing capabilities the C-130 has made in that period of time “When I got in we were flying low levels at about 1000 feet from the highest point within 5 miles, today we fly at 300 feet AGL with modified contour as you saw today” he added “We are significantly more survivable not only from 30 years ago but even from 10 years ago we have made significant improvement”. 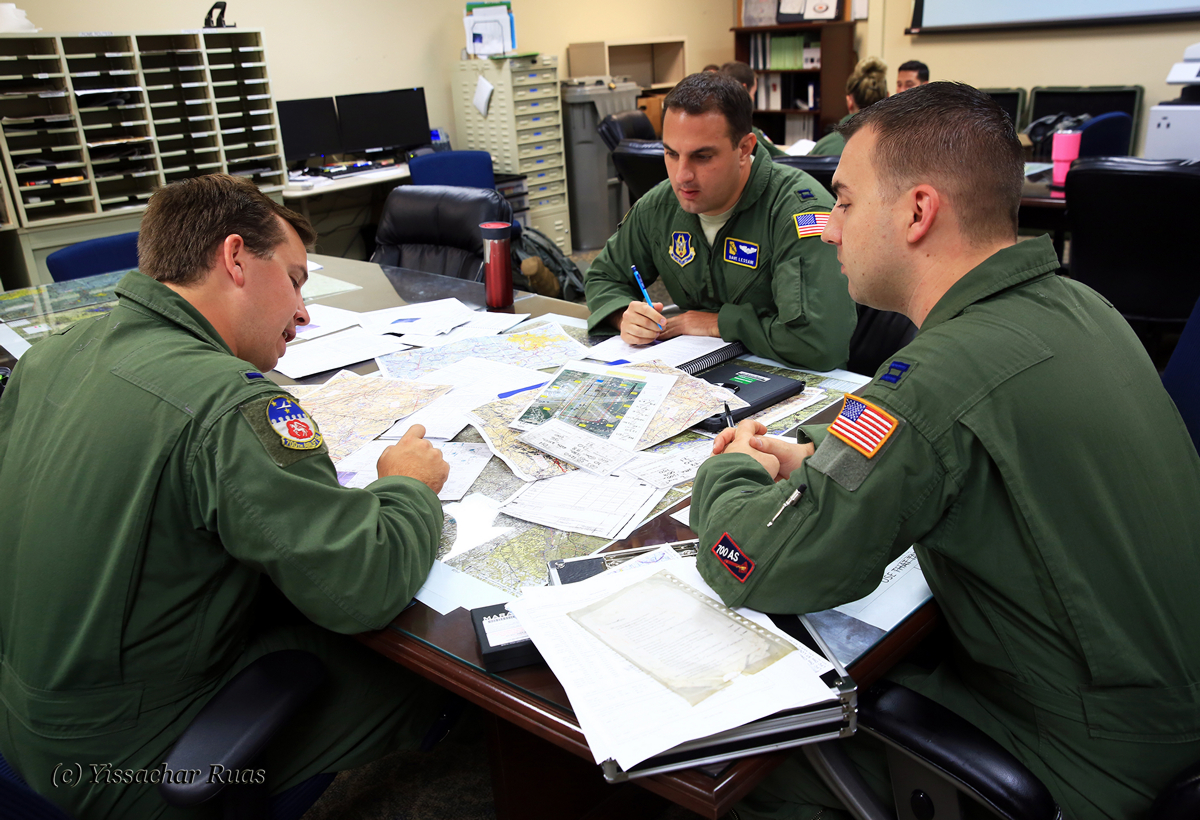 The mesh of its human factor is what makes the 700th so special in a platform which at times can be viewed as generic. The mixture of dedicated veterans along with young people committed to serving their country proves to be the 700th’s strength. Their motto “Provide the best C-130 tactical airlift in the Air Force! Always ready, on time and on target” stems from these people and their strength.

Special thanks to the 94TH AW Public Affairs and Kelly J. Huff for his outstanding assistance in making this story possible. 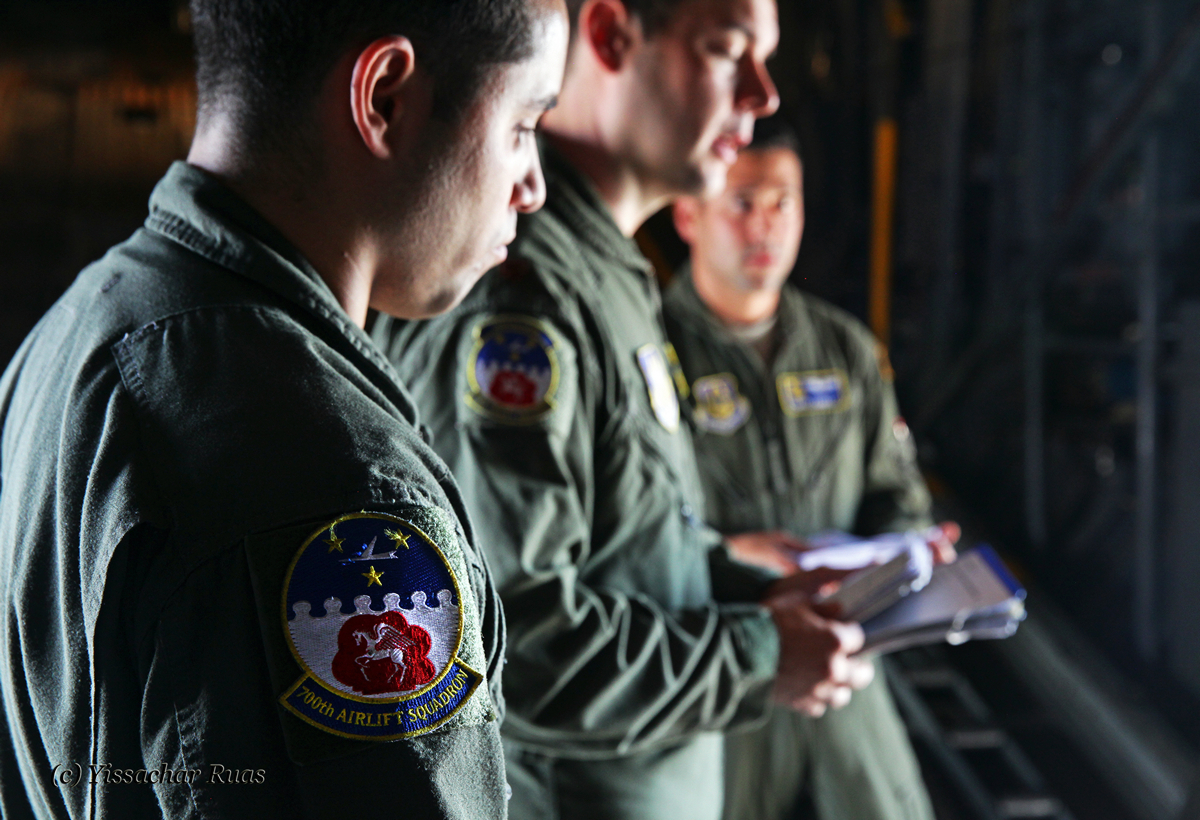 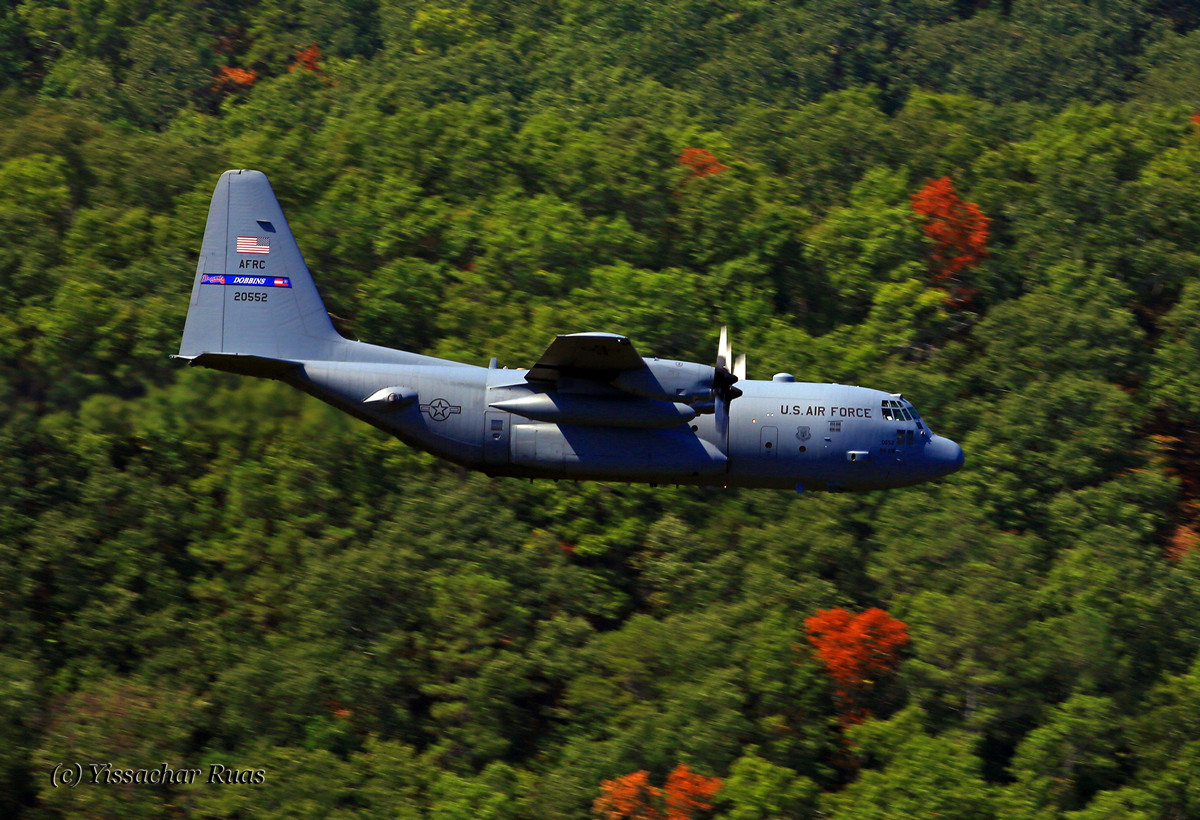 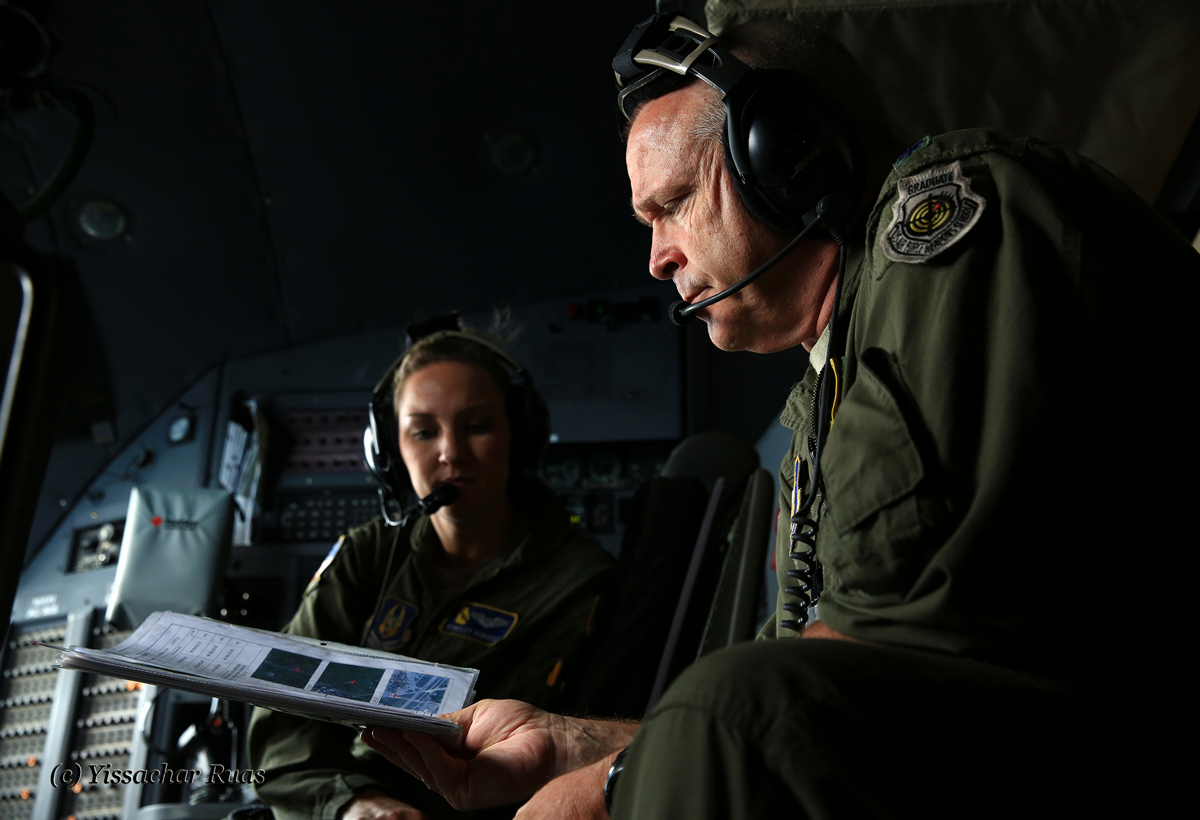 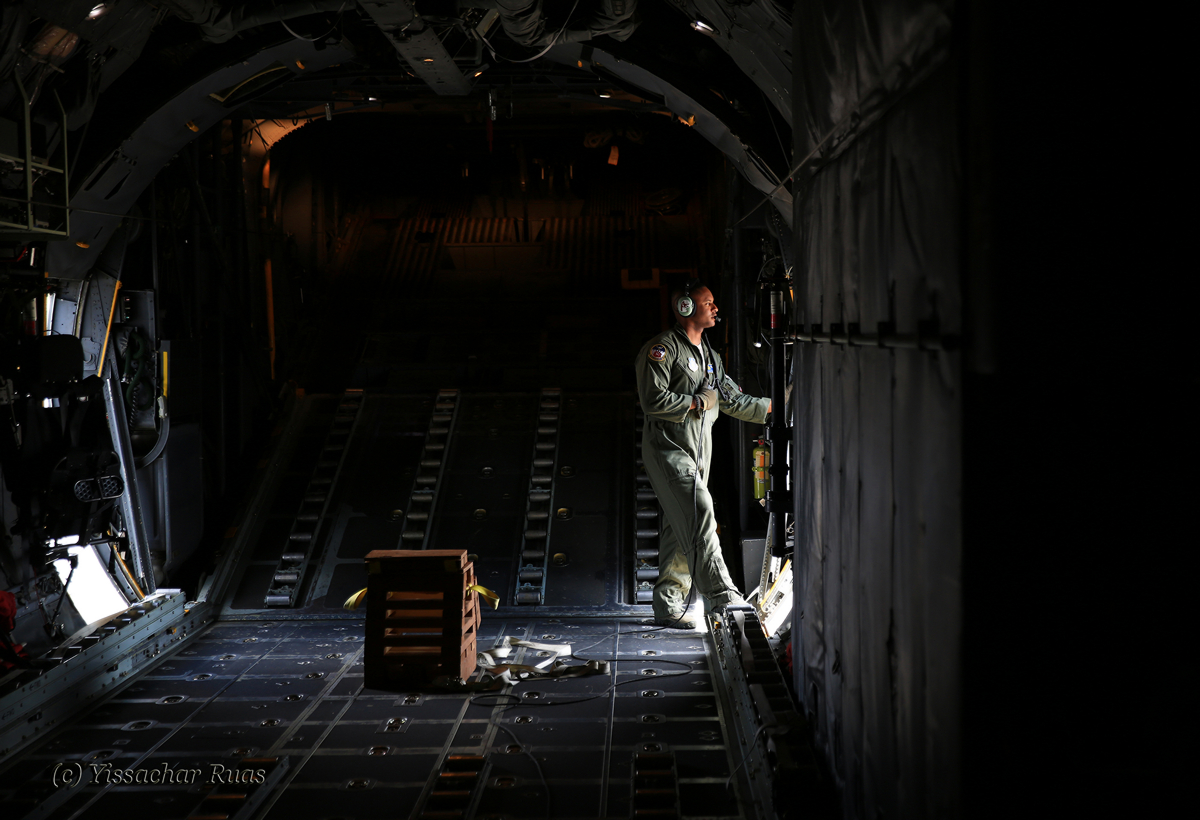 Staff Sgt. Wesley Brown, loadmaster looks out towards the runway before take off